Robbo Roberts
Editor
posted on 6 days ago — updated on 6 days ago
886
views
Introduction
I got the chance to look at another of Pen & Swords tank kraft books this one is about Panzer III in North Afrika Tripoli to El Alamein, 1941-1942 one of my favourite theatres of war, and see just how well it did in the hot desert of North Africa 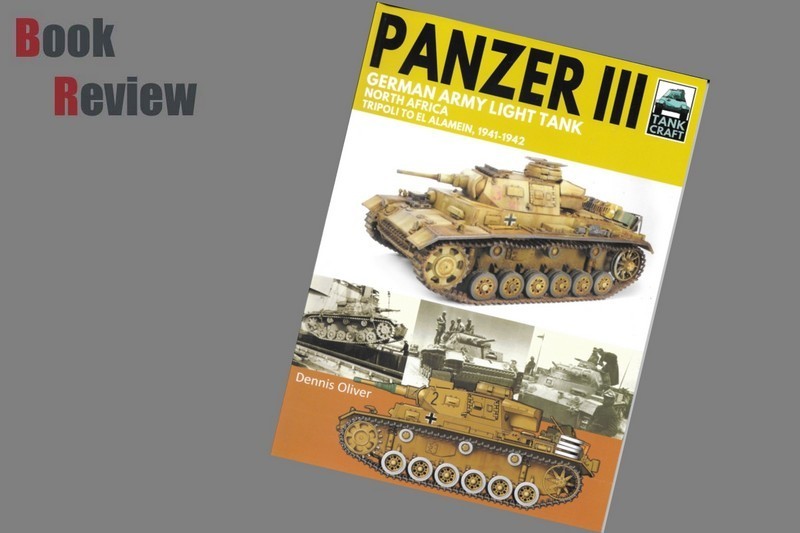 A brief history of the Panzer III

The Panzerkampfwagen III, commonly known as the PanzerIII, was a medium tank developed in the 1930s by Germany and was used extensively in World War II. The official German ordnance designation was Sd. Kfz.141. It was intended to fight other armoured fighting vehicles and serve alongside and support the similar Panzer IV, initially designed for infantry support.

The Panzer III also saw service in North Africa with Erwin Rommel's renowned Afrika Korps. Most of the Panzer IIIs with the Afrika Korps were equipped with the KwK 38 L/42 50mm (short-barrelled) tank gun, with a small number possessing the older 37mm main gun of earlier variants. The ThePanzer IIIs of Rommel's troops were capable of fighting against BritishCrusader cruiser tanks and US-supplied M3 Stuart light tanks with positive outcomes, although they did less effectively against Matilda II infantry tanks and American M3 Lee/Grant tanks fielded by the British starting from early1942. In particular, the 75mm hull-mounted gun of the Lee/Grant tank could easily destroy a Panzer III far beyond the latter's effective firing range, the same is also true for the US M4 Sherman, which also saw service with British forces alongside Lees/Grants in North Africa beginning in the middle of 1942.

This offering from Pen and Sword from their tank craft series of books is a paperback book with eye-catching pictures of a Panzer III model kit been built to a high level one profile artist Panzer III artwork and some amazing pictures of one being unloaded by a crane from a ship and two further prints of original pictures of the panzer III in the desert. It has a glued spine and a pagination of 64

Author Dennis Oliver uses archive photos and extensively researched colour illustrations to examine the Pz kpfw Ill and the Panzer units that took part in the early battles in North Africa. A key section of his book displays available model kits and aftermarket products, complemented by a gallery of beautifully constructed and painted models in various scales. Technical details as well as modifications introduced during production and in the field are also examined, providing everything the modeller needs to create an accurate representation of these historic tanks.

The German Army in North Africa

On the 28th of October 1940 with over 100 tanks and support vehicles on the way to help them with Operation E the invasion of Egypt, however in a surprise move the Italians invaded Greece and an incensed Hitler threatened to abandon what he termed Italy’s ‘Libyan adventure’ entirely. As late as 4th November 1940 confided in his commanders that no German ground units would be sent to North Africa, claiming that Mussolini was attempting to build an Empire with German blood. Within a week he had reversed his stance and ordered the Kriegsmarine to be ready to transport large numbers of men and equipment to North Africa with the condition that the Italians reach Mersa Metruh.

But with the launch of Operation Compass, British units pushed into Cyrenaica and the Italian 10th Army fell apart. In a single day, British and Australian units took 38,000 prisoners, including four Generals.

On the 19th of December 1940, the Italians officially requested German assistance in the form of an armoured division and, quite unrealistically enough equipment to outfit ten Italian divisions. As the year drew to a close the Italian attaché in Berlin pleaded without German help Africa would be lost.

This book from Pen and Sword gives you a good bit of history leading up to 1941 which brings some understanding to the situation building up in the North African desert, I found this to be a very valuable source of information as you can clearly see what is beginning to happen with the Italians, as they decided to invade Greece without telling Hitler.

It is this type of history that for me make a world of difference, especially when looking at historic diorama building. So, following on from this point we have a plan with a small map showing the sites of the various battles between 1941-1942 each date has a few lines which give you what was happening at this time, for example, 16th of February 1941 Generalleutnant Erwin Rommel, unexpectedly recalled from leave, instructed to proceed to the Italian colony of Libya to take command of the German troops which will arrive there over the next weeks. Two days later the first German troops leave Naples, bound for Tripoli, the main port of Italian Libya.

The camouflage and markings section is your basic profile although these have been elevated by the artistic work with weathering and plenty of lettering and markings pulled out onto a bigger picture to see different codes and markings can be seen. some of these include Panzerkampfwagen III Ausf. H. Stab, II Abteilung, Panzer Regiment 5. Libya, spring 1942, Panzerkampfwagen III Ausf F. 2. Kompanie Panzer-Regiment 5. Libya, Summer 1941. Within weeks of arrival in North Africa had received a coat of RAL 8000 Gelbbraun camouflage.

Model showcase is the section that some of the modellers usually dive into first which is ok of course however I would recommend reading the whole book as it does carry some very helpful amount of reference and pictures of the panzers in various parts of North Africa.

The first model is a Pzkpfw II Ausf. F1/30 scale Mashiro Doi of an old Nichimo kit with some amazing work and weathering, other modellers’ work includes Taejoon Yang,  Marcos Serra, and Sungjun Jang, and then this section looks at all the models that are available to purchase from the various model companies like Dragon, Academy, Zvezda, Italeri, Tamiya, First to the fight and one of the newest of new tooled Panzer III is Rye Field Models if their Tigers are anything to go by I think it is going to be a success. We have aftermarket extras after the kits which are most of the companies that most modellers have used before E.T. Model, RB Model, and Panzer Art to name but a few.

Lastly, we have what I call detailed views and walk around though not so much of them as detailed pictures. Technical information and finally divisions showing the ranks and vehicles in the panzer regiments.

So, what are you getting for your money, retailing at £18.99 I think you are getting a fantastic deal, the history that they talk about in the first few sections is really to the point and remember that this is a book primarily aimed at the modeller. I still think anyone interested in the Panzer III is likely to find some information that they were not completely aware of, the black and white pictures that are used in the book do tell stories themselves. All in all, I do recommend this book which is part of a series of craft books, Tank Craft and Flight Craft are serious contenders in the evolving world of trying to give modellers more than just a guide on how to build the Panzer 3 it is so much more that it could even become the bible of modelling books producing history and actual locations albeit in pictures every little bit helps paint a picture. 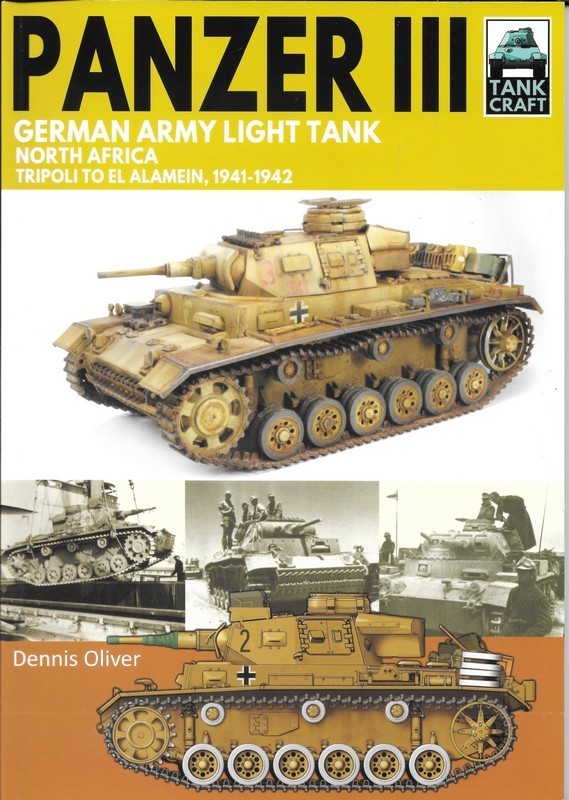 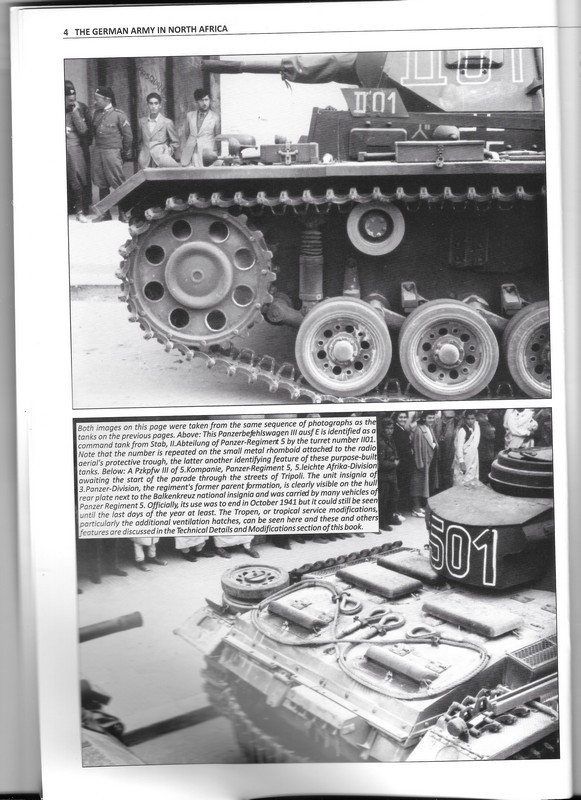 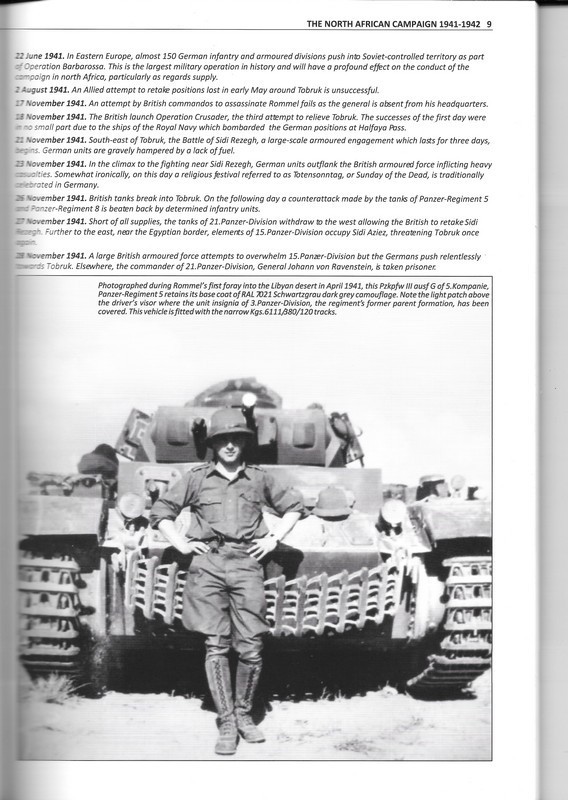 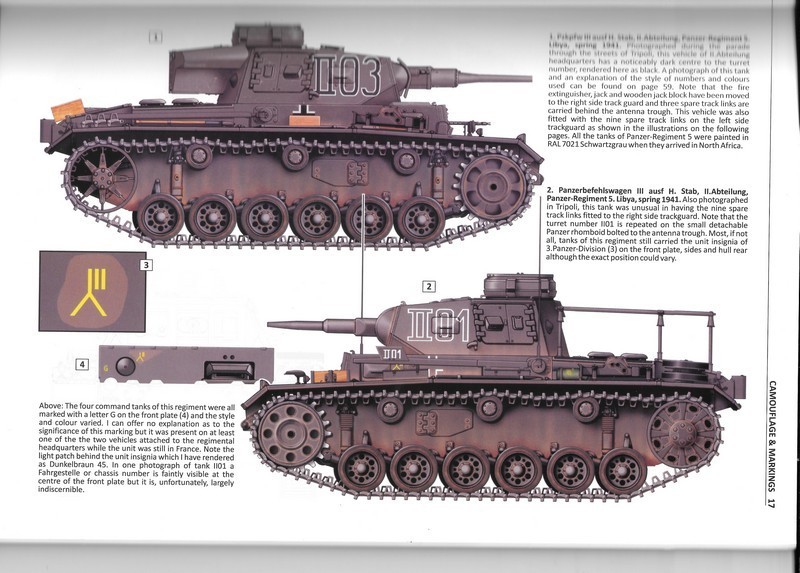 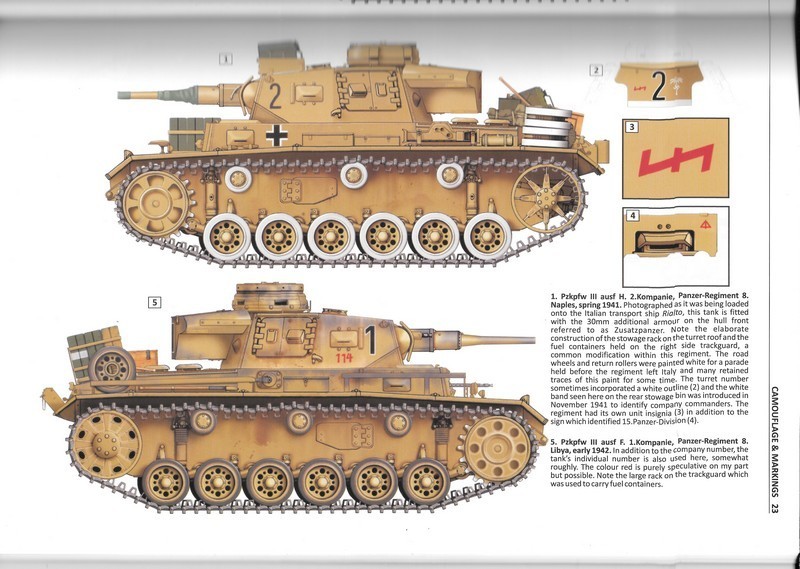 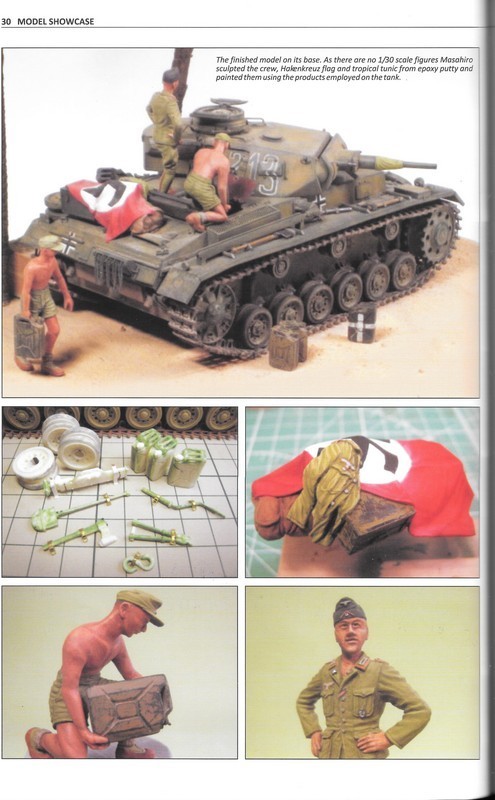 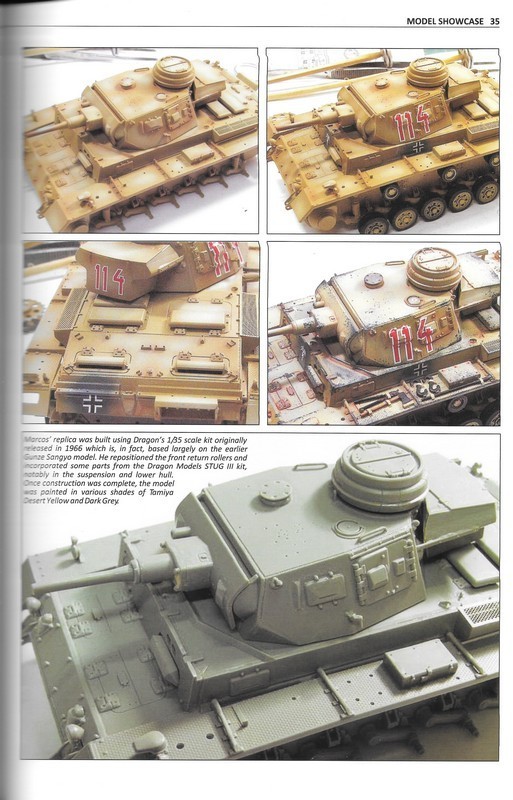 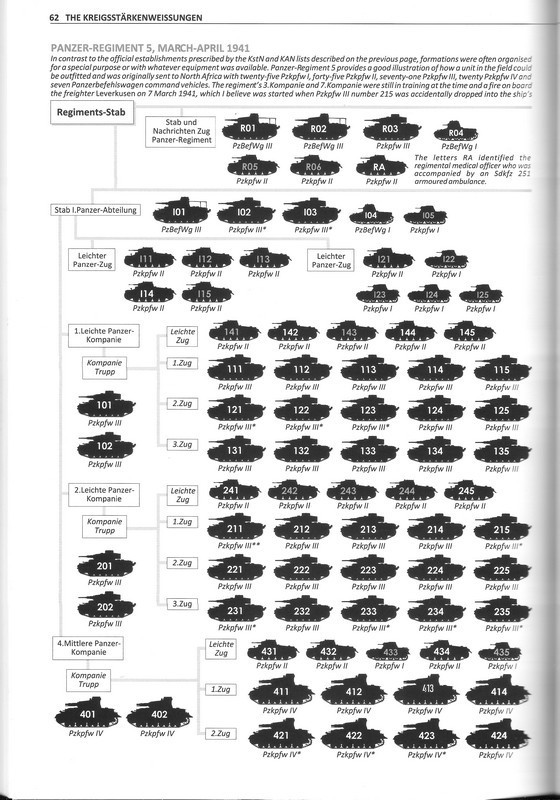 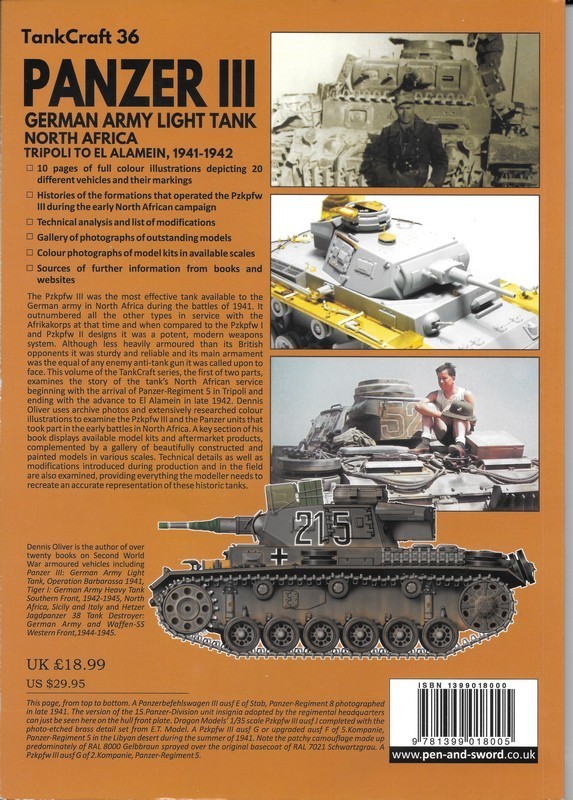