JPTRR
Editor
posted on 7 months ago — updated on 5 months ago
1,606
views
Panzer III is a recent hardcover book from Osprey Publishing LTD. Uses original German archival material, battlefield reports, previously unpublished images to broadly and comprehensively chronicle the Panzer III history in a single publication. One photo is of a Panzer III towing a Ju 87 Stuka that ran off its runway! 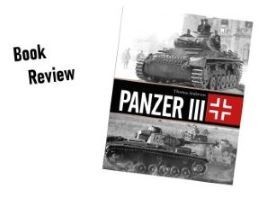 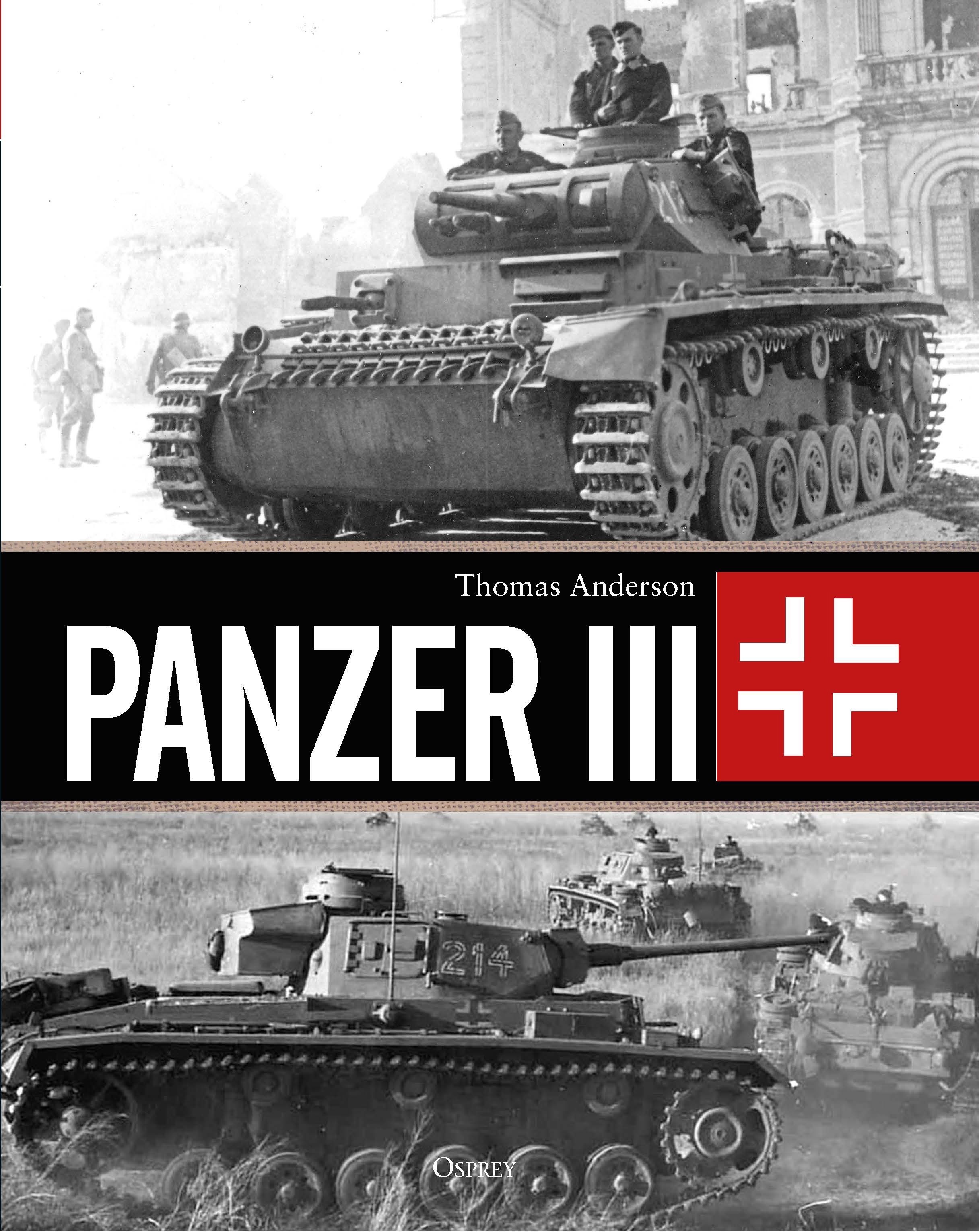 Panzer III is a new 304-page hardback book from Osprey Publishing LTD in their range of General Military.  Modelers should appreciate it for its inspiration for equipment and dioramas, also the "why-how" explanations which modeling and history stirs in so many of us.

Authored by Thomas Anderson, it is cataloged with the Osprey Short code GNM and IBSN 9781472845870. Mr. Anderson has authored 15 hardback books in this range, which you can view through this hot link.

I scaled back this review several times as there is simply so much content, to do it justice  it was becoming one of those marathon reviews.  Let me just say that as long as this is, there could easily be a dozen more items of content that I could include.  I gave up counting the reprinting of reports and personnel anecdotes concerning aspects and characteristics of the Panzer III. To list them would probably fill an entire browser window.

This highly illustrated title details the history of the Panzer III throughout World War II, from its early development in the pre-war years, through its pivotal role in the Blitzkrieg campaigns in Poland and Western Europe, to its eventual obsolescence on the Eastern Front.

The Panzer III was the mainstay of the German armoured forces in the early years of World War II and spearheaded the victories in Poland, Western Europe and the Balkans. Designed and developed in the mid-1930s, it was originally equipped with a 3.7cm gun and with 30mm-thick armour. Early combat in Poland and France saw the need for this to be upgraded, and later models were armed with a 5cm KwK L/42 gun and had the frontal armour reinforced to 60mm by adding extra plating. This later version proved to be particularly effective during the campaigns in the Balkans and against British armour in the North African desert campaign. However, in the first months of Operation Barbarossa - the German invasion of the Soviet Union - it became obvious to battlefield commanders that the Panzer III had become obsolete as a main battle tank and it began to be replaced by the Panzer IV as the main front-line battle tank. The Panzer III was relegated to a secondary role, but its chassis proved the basis for the Sturmgeschutz III, which became the most widespread German armoured vehicle of World War II.

Several designations and abbreviation were used for the Panzerkampfwagen III : Panzer III; PzKpfw III; Pzr III.  I can not type so I will mainly use ‘Pzr III.’

Panzer III is presented through 304 pages with a dozen chapters:

The author arranged the book in smart chronology and thus it is easy to follow. Translating into English is interesting as the author uses some unfamiliar terms such as “shelling” and “bullet” regarding antitank projectile fire, and “wagen” and “car” to describe a panzer.

Blitzkrieg Panzer recounts the interwar years and German rearmament under the Treaty of Versailles, including German covert development and training operations at Katorg in Soviet Russia. It provides a concise overview of tank development and doctrine in Britain, France and Russia, and the genesis of the Pzr III.  The Wehrmacht decided upon the balance of gun/armor/speed based on a specific country’s tank armor, and a specific antitank gun of that country; excerpts from the analytic and decision making documents are reproduced.

Numerous combat and field test reports are quoted along with reproductions of German technical reports: mechanical failure rates; effectiveness of Pzr III armor against Soviet armor-piercing and high explosive rounds; examinations of engagement ranges whether upon regular armor or face-hardened armor; affects upon welds and armor plates, etc. Battle of France contains almost seven pages of a single after-action report of an encounter with French tanks by Oberst Heinrich Eberbach, including the findings of the current armor against French anti-tank fire. A particularity interesting evaluation is the effectiveness of the 3.7cm KwK against a captured French tank conducted months before the invasion of France.  Contrary to some reports I have read over the years, it recites German and British test reports stating the Pzr III as superior to everything the British had in North Africa before the M3 Lee. Recounted is the official tactic for engaging the heavily armored Matilda II, and Pzr III cannon effectiveness against it.

Over a dozen versions and variants of the Pzr III were built and this book examines them, including developments and specialized tanks, and rebuilding and weapons upgrade programs.  Further development recounts improving the running gear, rebuilding programs, new guns and armor. Swimming tanks are covered well including an account of fording a river to reinforce a bridgehead.

After 161 pages we enter Operation Barbarossa.  Relatively few of the pages contain narrative, rather they contain a large number of combat reports and photographs. Soviet tanks are explained a good detail as well as their comparison with the German vehicles. Page 189 contains almost a full page callout box reproducing German test firing of difference cannon and ammunition types against a captured T-34: firing at the front of the T-34; firing at the side of the T-34; a second series of almost identical data of firing at the side of the T-34.

Considering the above I think you have a good idea of what the text has to offer, and that does not include the visual component of photographs.

The text and caption is not perfect. There are a few errors here and there. Nothing substantial. One photo of an ersatz anti-aircraft mount states the mount is on the front of the commander cupola, but it's clearly on the rear. A table concerning the initial deployment for the North Africa campaign shows roughly half the tanks have the 5cm gun, while the text states all did.

Tables abound and they effectively relate data in a simple visual manner.

An amazing gallery of photographs enhance the text. Hardly a page lacks an image.  The author chose well developed fascinating photos including:

2. Einsatzstärken der Panzertruppe Fall Weiss, 1 Sept. 1939: number of each type of German tank in each of 14 divisions and regiments.

3. Operational strengths for Fall Gelb (Case Yellow) May 1940: number of each type of German tank in each of 14 divisions and regiments.

7. Tank strength, Operation Unternehmen Marita, number of each type of German tank in each of six divisions.

8. Operational strength Unternehmen Sonnenblume, Feb./April 1941: number of each type of German tank in each division.

9. Tank strength, Operation Barbarossa, 22 June 1941: number of each type of German tank in each of 17 divisions.

10. Firing at the front/side of the Russian T-34: Destructive impact on turrets/hull front/superstructure/rear, by seven types of German guns, various ammunition, by range.

16. Operational strength for Fall Blau (Case Blue), June 1942 (without Heerestruppen): number of each type of German tank in 15 divisions.

19. Operational strength Unternehmen Zitadelle July 1943 (without Heerestruppen): number of each type of German tank in 21 divisions. 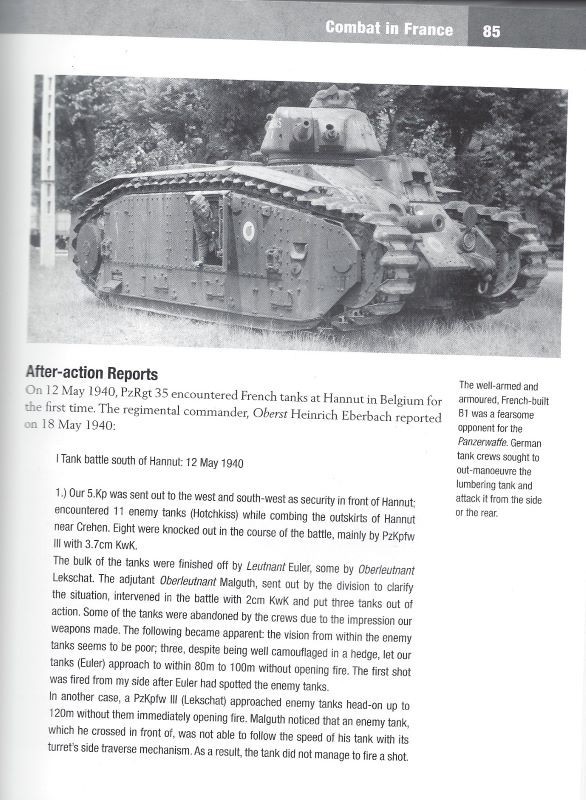 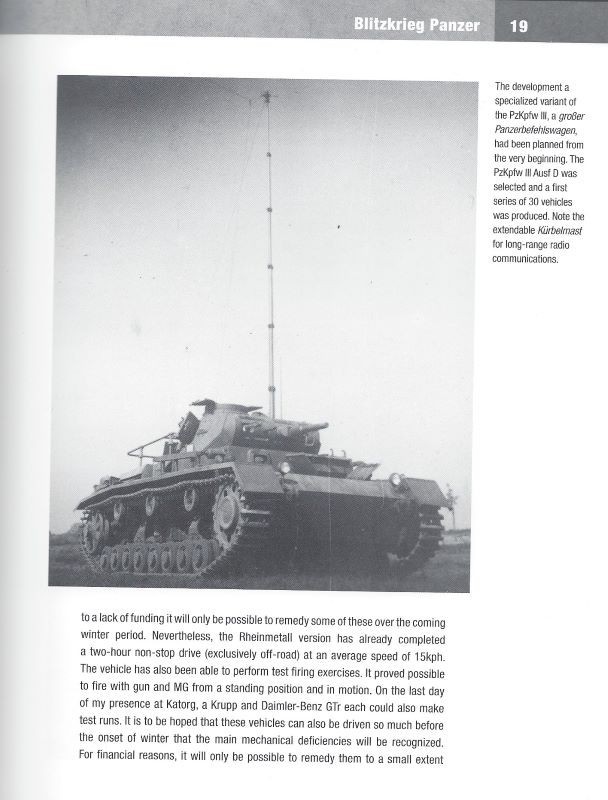 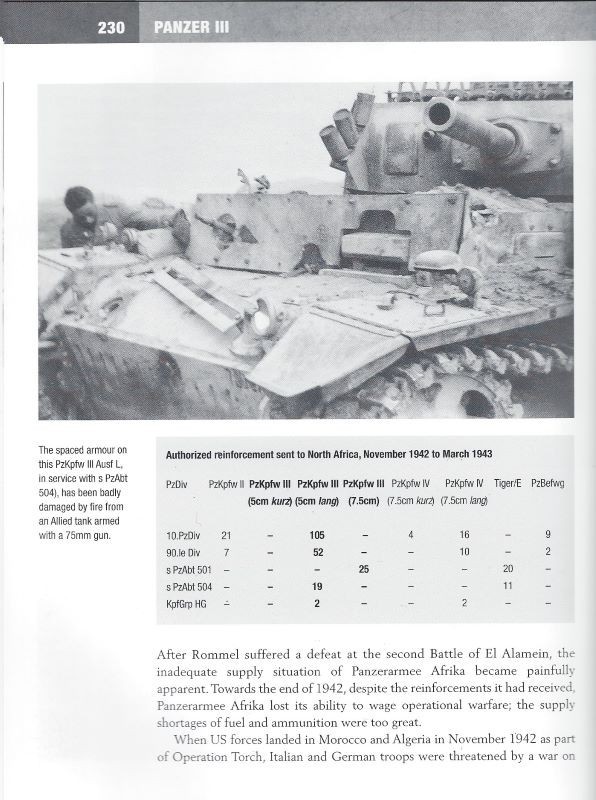 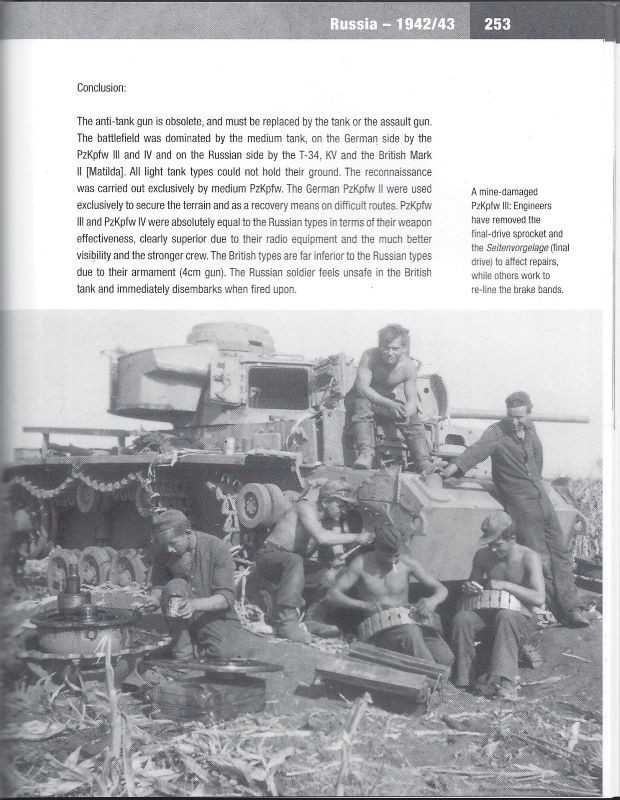 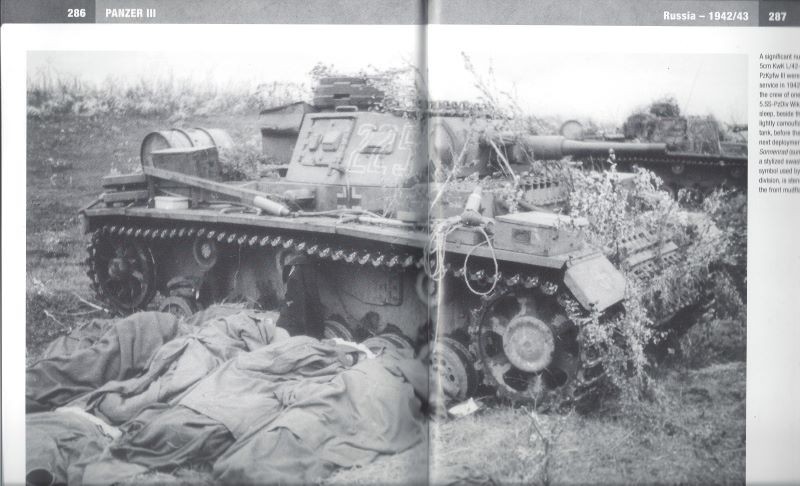 Photographic support for the book is exceptional.  Almost every other page presents a scene worthy of a diorama. Tables and graphs help visualize the performance of the subject matter.

Excellent as the text is, typos are present.   I don't think they will confuse readers unfamiliar with the subjects.

I think that this is a must-have book for anyone interested in panzer warfare in general, and the Panzer III in particular. I highly recommend it for your library.

Thanks to Osprey for providing us with this first-look. Remember to mention to them and retailers that you saw this book here - on ARMORAMA.