Darren Baker
Editor
posted on 1 week ago — updated on 2 days ago
462
views
Pen & Sword Books
Publications
Darren Baker takes a look at a release from Pen and Sword titled ‘Till Victory the Second World War by those who were there’. 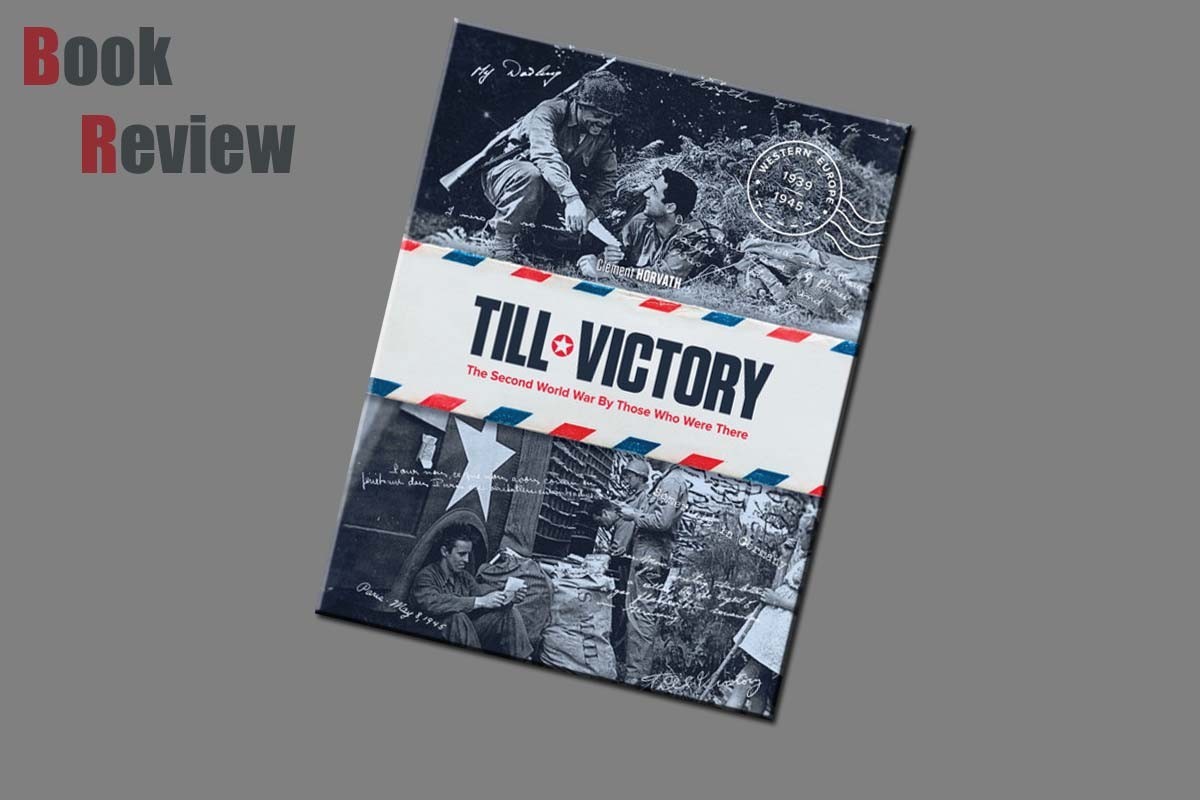 From the mountains of Italy to the beaches of Normandy, and from the deserts of North Africa to the ruined cities of Germany, experience the history of the Second World War in Western Europe from 1939-1945 in an entirely different way.

Using unpublished letters and diaries, follow the journeys of some fifty Allied soldiers (American, British, French, Canadian…) as they liberate the continent from Nazi rule, sometimes at the cost of their own lives. Arranged in chronological order and placed in historical context, their stories and letters are illustrated with many personal photographs, war memorabilia and original uniforms.

Having miraculously escaped wartime censorship, these new first-hand testimonies are transcribed as is, whether they come from an elite soldier, a combat medic or a USO dancer. These poignant writings, completed in the mud of the European battlefields, reveal the hopes, doubts and fears of these young people sent to hell, making Till Victory first and foremost a book about peace.

This offering from Pen and Sword is authored by Clement Horvath and is a name I have not heard previously. This is a hard backed book of a good size and a lot of promise. There are 376 pages of roughly A4 size stitched into the offering which is always a good sign. The periods covered in chapter style are:

Victory by Christmas End of 1944

Anyone who has taken the time to read my book reviews will know that I generally really enjoy books written using the words of the person who was there; It is not an easy thing to explain to someone but I feel it puts me as the reader into the life they have lived and to understand the time better. Books written by someone about some one’s life lived tend to make me feel as if it is a case of 'in my opinion’. This book has tackled the content in both manners and surprisingly it works very well as regards getting and maintaining your attention.

The stories covered in this offering are the French, Americans, British, New Zealanders and Canadians and so while in no way complete as regards the nations that took part it does offer a good mix. The stories as you would expect are a good mix and it is not a happy ending for all of those covered here, many ending their days in a foreign field. I like that people serving in all arms are covered which provides these stories with a well rounded scope. I think the aspect that surprised me most here is how many unedited letters the author obtained and was able to get a sizeable chunk of the back story for each person.

The other aspect of the book looks at some of the well known missions of the war such as the Dieppe Raid where 82% of all the Canadians landed were killed in action. This was a terrible waste of life, but the Canadians did not die in vain as it taught the Allies valuable lessons that would come into play on D-Day. There are also a number of items including a tin hat with extreme damage from shrapnel entering one side and blowing out the other. Another story that caught my attention was that of a liberator that on a raid was shot up, the crew managed to bail out despite injuries to be taken prisoner while the pilot stayed at the controls so that the crew could escape and so giving his life for theirs.

I was not sure of this book when I started reading through it, but it very quickly grew on me in all regards. The author has added his portions of the content in a very human way rather than just relaying facts to the reader; the result is that I found myself looking forward to his content as much as that taken from the letters and the stories of those that survived World War 2. The result is a book that brings you close to and makes you think about what these people did and in too many cases what the cost of it was.