The Russian Commemorative Parade of 75th Anniversary of VE

varanusk
Editor
posted on 7 months ago
1,781
views
A review of Canfora book The Russian Commemorative Parade of 75 Anniversary of Victory in World War Two 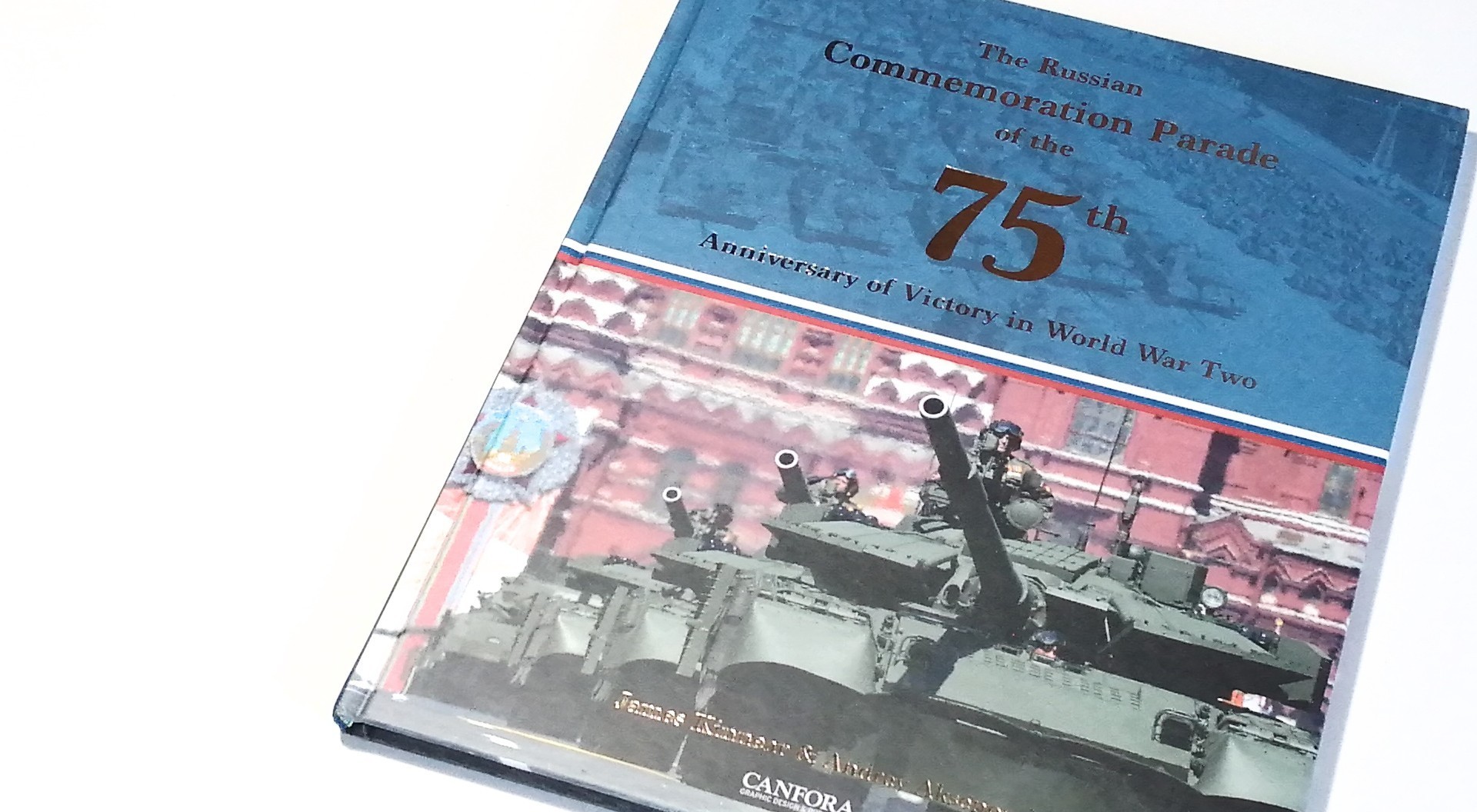 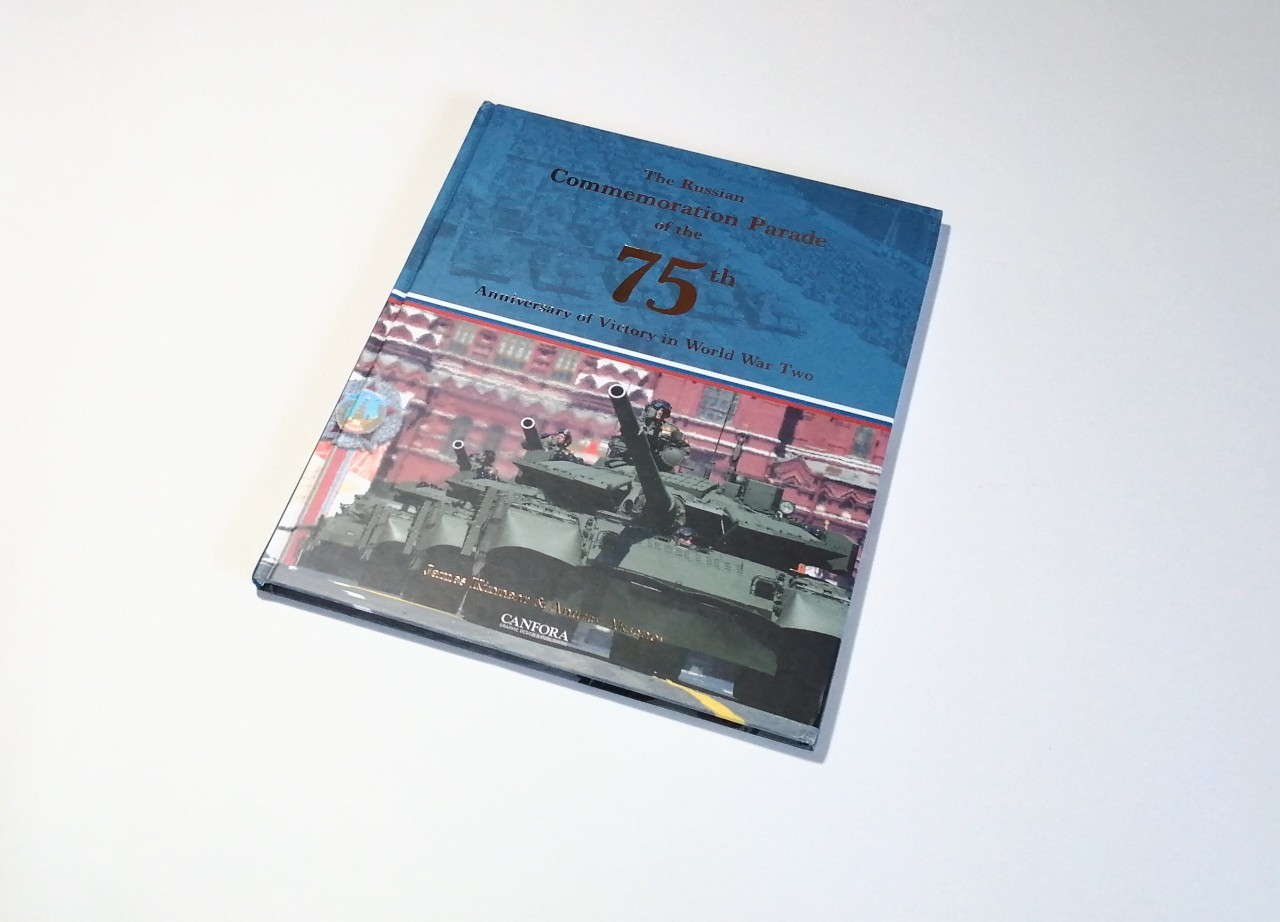 This book is a continuation/complement of the series 100 years of Soviet/Russian Military Parades, as it continues in 2020, right after the last volume ends.

2020 marked the 75th anniversary of Victory in Europe, so it was the perfect time for a special event, bigger than previous ones and deserving its own book.

It is a hard cover edition, with 114 pages slightly wider than A4 of thick and gloss paper. Photos are abundant, over 400, and professionally shot. They are all clear and with a crisp detail. 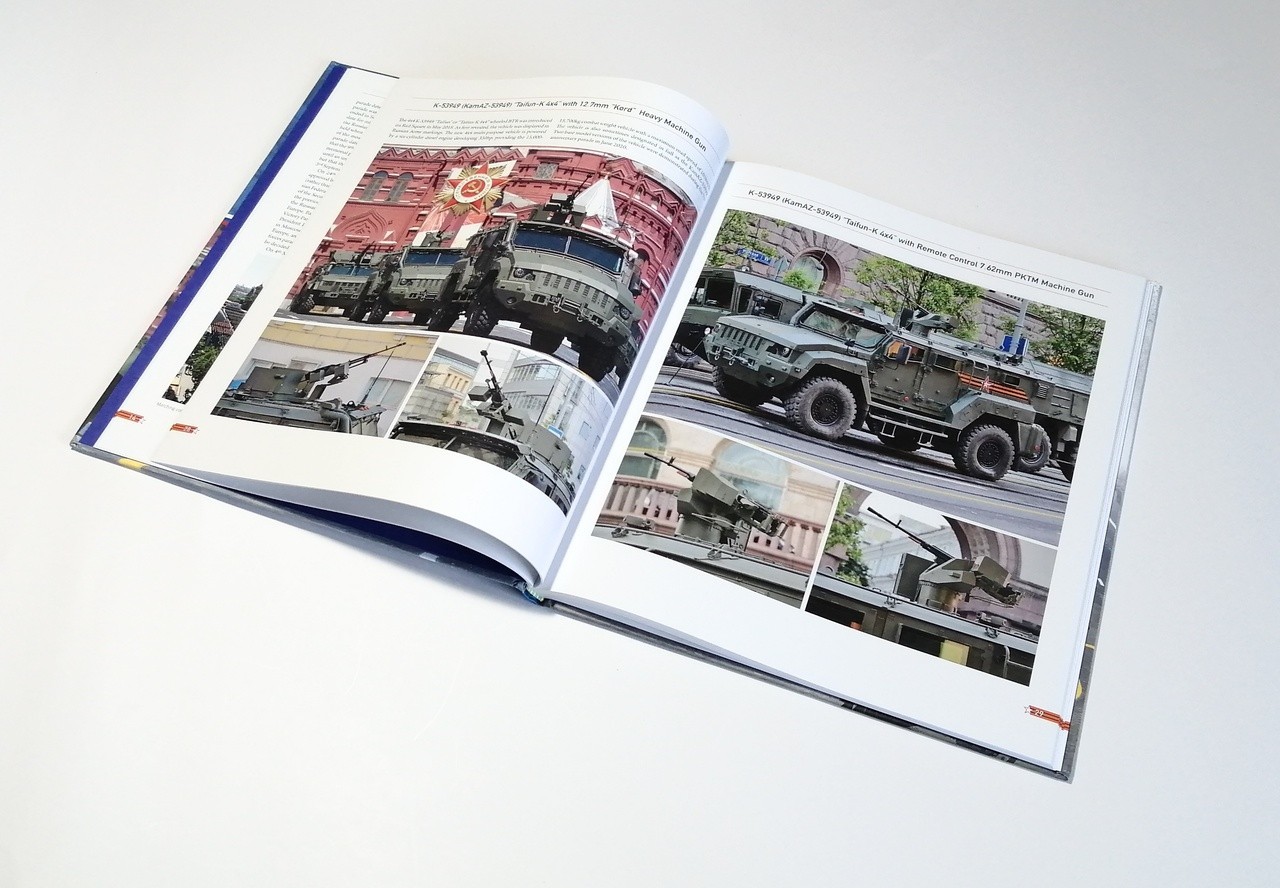 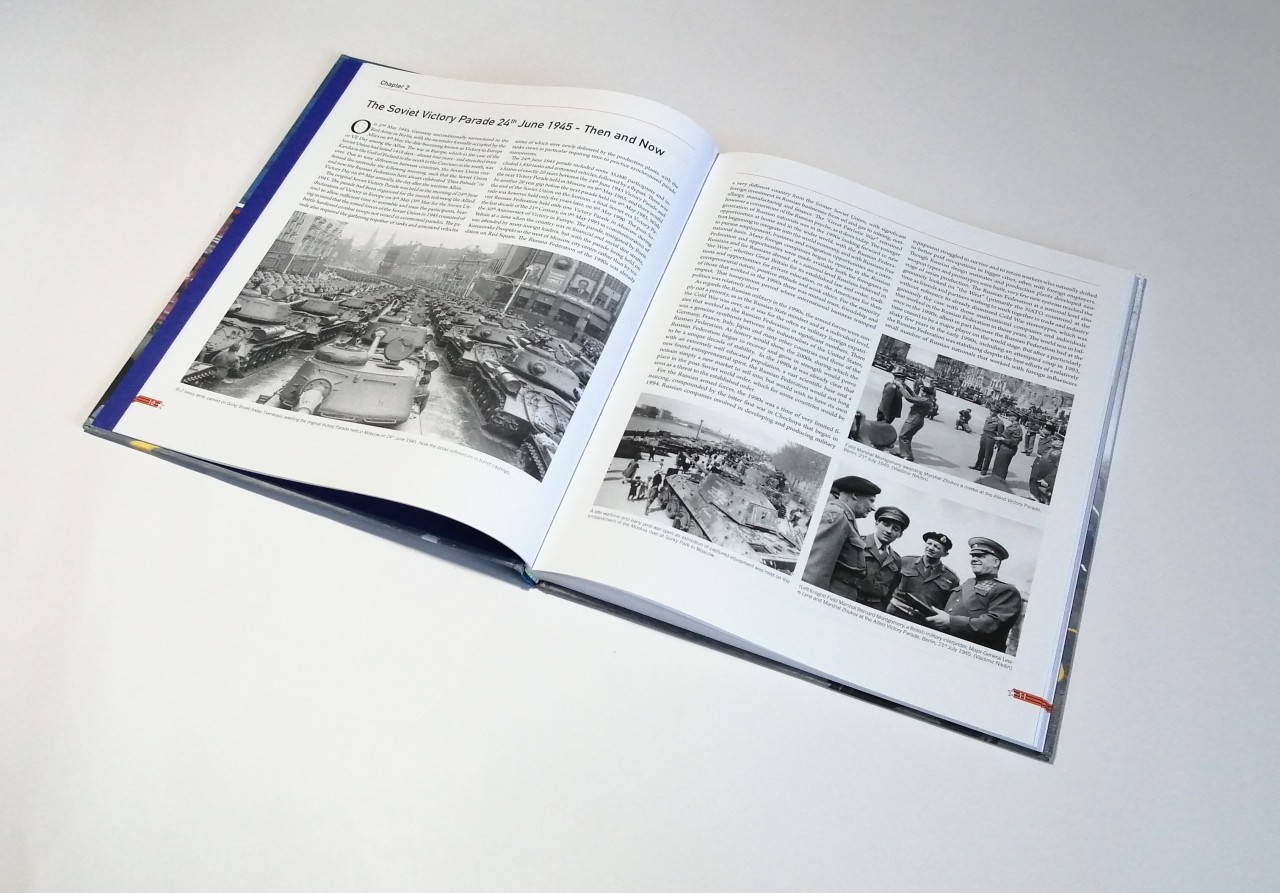 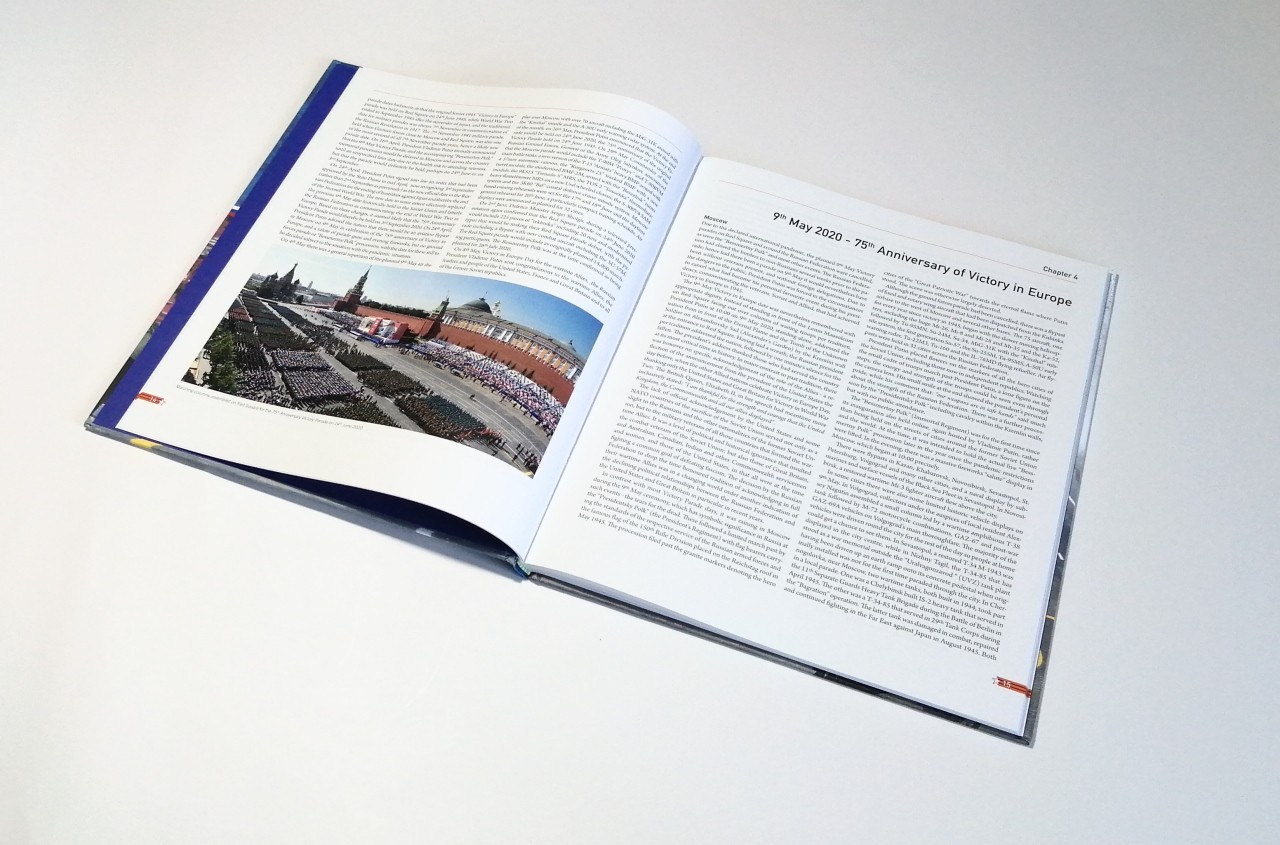 The first five chapters of the book are quite short, mainly text with a brief summary of history of World War Two in Europe, and specially on the Eastern Front, description of the Military Parade at the end of the war and the rehearsals for the 2020 Parade.

These started in January, expecting it to be, as usually, on 9th of May, unfortunately the pandemic caused its delay until 24th of June. On this date, 13.008 troops, 220 vehicles of 45 types and 75 aircraft participated on the Military Parade at the Red Square in Moscow.

These 45 types of vehicles are covered on the main part of the book, and unlike the third volume of Military Parades, this time it is sorted by vehicles.

Some were seen for the first time, like the T-80BVM, T-90M, Pantzyr-SM, Buk M3 or the S350. Apart from them, all iconic vehicles currently in service or shortly expected to be are featured here: Taifun, BMP-2, T-14 Armata, Kurganets, Msta-SM, Koalitsiya, Tornado, Iskander, BMPT Terminator, Tor and many more.

For each type of vehicles there is a description with a brief history and features, plus several photos. These are always of an exceptional quality, with different sizes from half a page to smaller ones. There is a variety of views as well, from close up to general views, front, side or rear.

It is worth to note that, as on every recent Parade marking the x0 or x5 Anniversary, the T-34/85 and SU-100 opened the March of vehicles.

The last pages of the book provide details on the Parades held on several other cities, mostly but not only Russian, with some smaller photos. 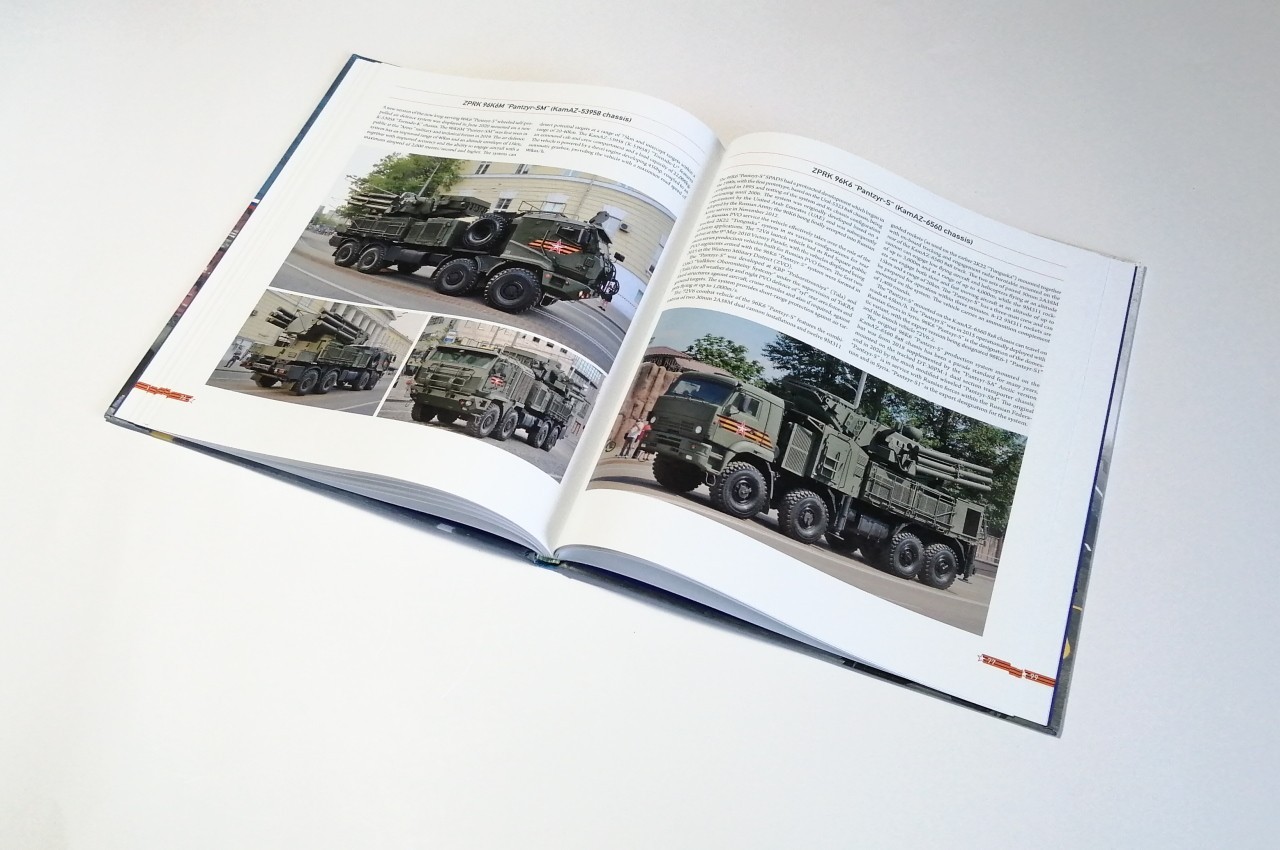 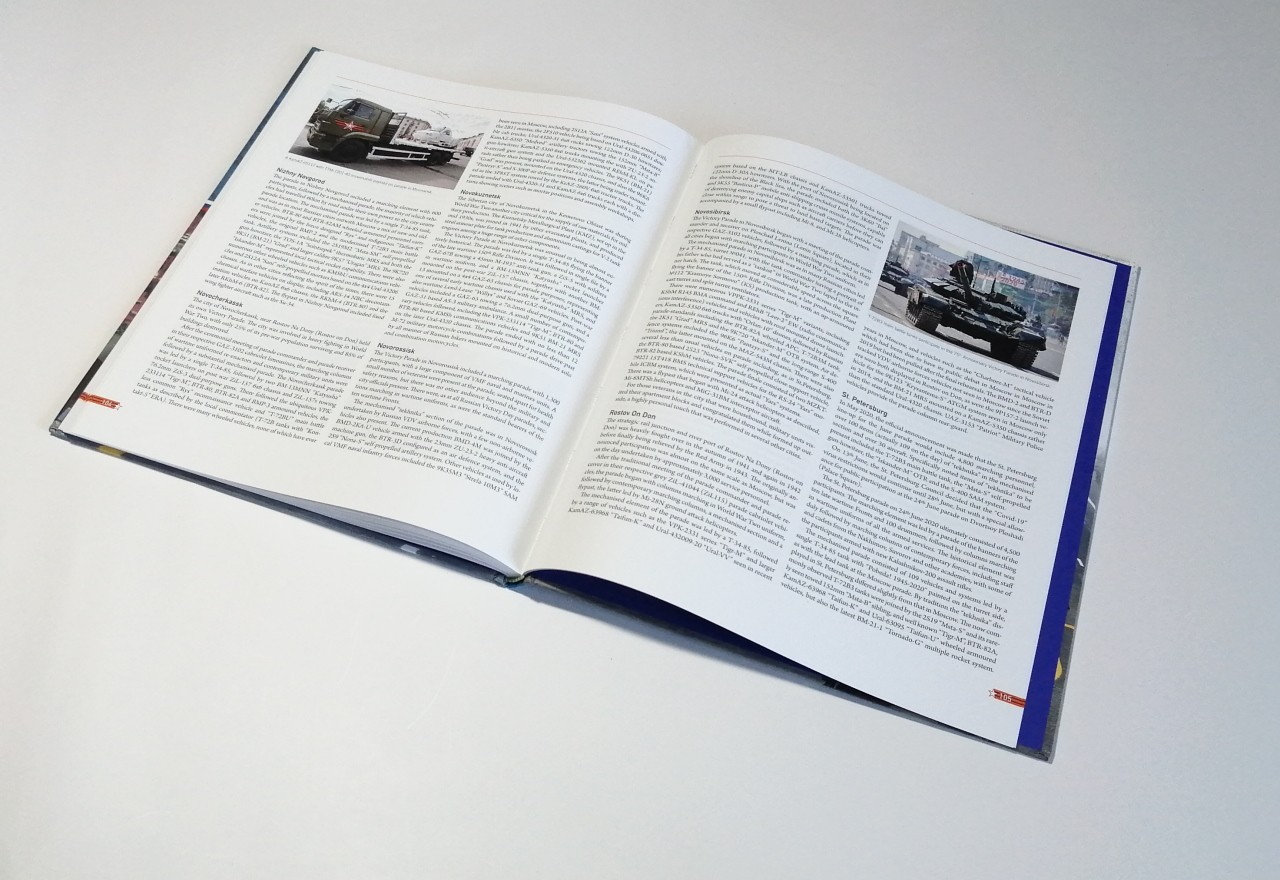 A very interesting book for which it shows a large selection of Russian current vehicles, together with their description and having over 400 excellent photos of them. Highly recommended for fans of the Russian armour or anyone interested in a general view of all these vehicles.