Robbo Roberts
Editor
posted on 4 months ago — updated on 4 months ago
1,166
views
Adie Roberts gets to take a look at the latest offering from Pen & Sword, the 38M Toldi Light Tank to see how important this little tank was to the Axis side in World War 2 see how well it fared. 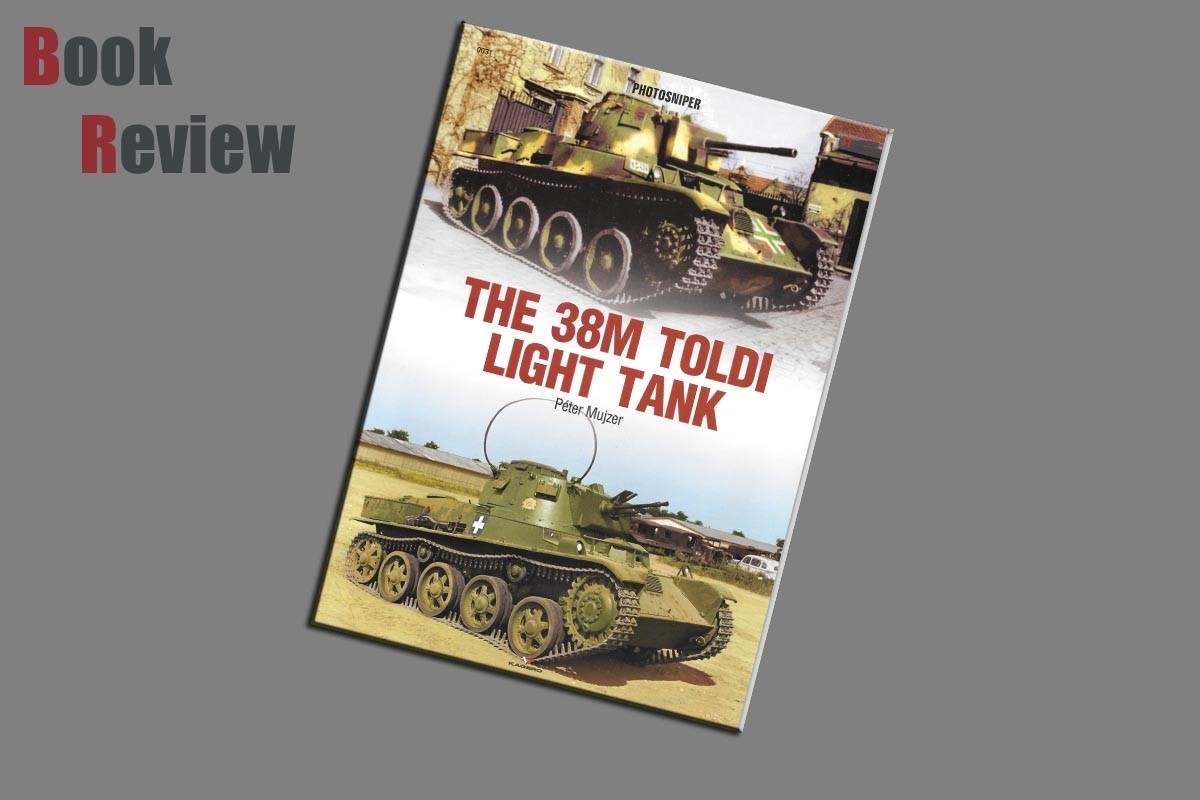 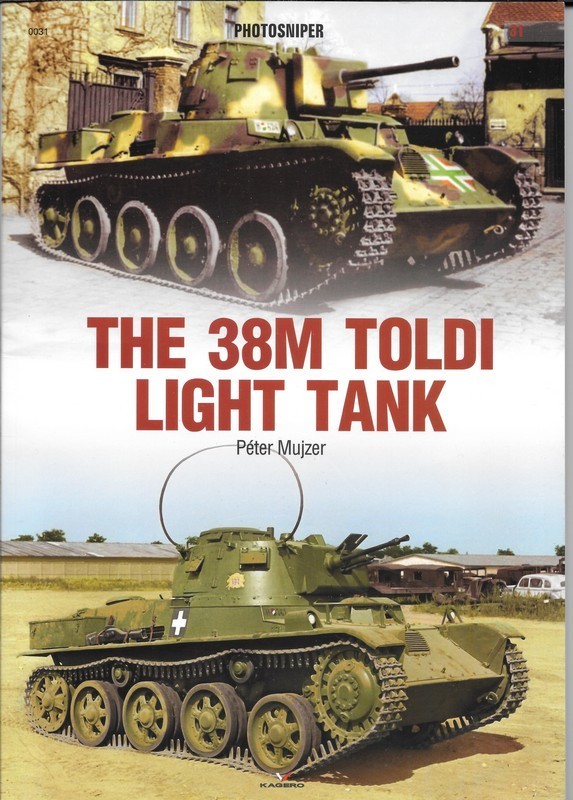 The 38M Toldi was a Hungarian light tank, developed based on the Swedish Landsverk L-60. It was named after the 14th century Hungarian knight Miklós Toldi.

The Hungarian general staff wanted a modern light tank as soon as possible, after the domestically developed V-4 turned out to be too expensive by 1936 and work on it progressed slower than expected.

Meanwhile, the Swedish AB Landsverk finished its recent development, the Landsverk L-60 in October, and was looking for a customer to cover the costs. After a series of trials in 1937 with the V-4 and the Panzer I, the MÁVAG heavy industries decided to purchase the license of theL-60, with a prototype for further development.

The turret of the vehicle was then modified, making space for the radio and other devices, with a cupola being placed on top (since the L-60 was still unfinished and lacked in many necessary features). The original main armament, the 20 mm Madsen was also replaced initially by a 25mm Bofors autocannon, and then by the 20 mm Solothurn anti-tank rifle, as it was already in service in the Hungarian army. The hull would then be changed on the front, upper sides, and rear, to riveted plates instead of welded for faster and easier production, with the original Scania-Vabis 1664 engine being replaced by the German Büssing L8V.

At first, 80 vehicles were ordered from MÁVAG, then an order for 110 more vehicles were placed in 1940. In total, 202 units were produced.

This softback book has a glued spine a pagination 114

Served in the Hungarian armed forces for 20 years and is now a military historian with a particular interest in Hungary's armed forces during World War II. He is the author of five previous books, plus more than fifty articles on associated topics, many in English.

The 38M Toldi light tank was also the first armoured vehicle produced by the Hungarian War Industry during the War the 38 M Toldi tanks provided the backbone of the Hungarian armoured forces from 1940 to 1941.The 38 M to D light tanks deployed in Transylvania Yugoslavia and the Ukraine. The actual baptises of fire occurred in the Ukraine in 1941, when it became obvious that the mobility and manoeuvrability of the 38 M Toldi tanks were superior, but their weapons and protection was inferior on the battlefield.

Even the T-26 and BT-7 tanks had more fire power, byway of the more powerful, long barrel 45mm guns than that of the 38M Toldi tank.

From 1942 the 38M Toldi light tanks were relegated to support and reconnaissance role within tank battalions and self-propelled anti-aircraft units.

The first 38M Toldi tanks were finished by February1940, but the rest were still waiting in the plants for the components, until June 1940, 20 vehicles in total were completed- by that point the timetable for the entire project was completely off, all 80 vehicles were supposed to be delivered by Spring 1940, but the latest estimates did postpone the production completion to March 1941.

In 1942 Hungary sent its 2nd Army to Russia, but due to the lack of Hungarian vehicles its armoured vehicles were supplied by the Germans with German tanks. The unit designated the 1stArmoured field division and it was an ad hoc formation, not included in the order of battle.

Based on combat experiences during 1941 the general staff of the Hungarian army modified the organisation of the mobile Brach. It became clear that the deployment of different kinds of troops (mechanised, cavalry and cyclist) in one unit was not satisfactory.

1940 Transylvania was the first operation of the M38 Toldi light tank dated back to the hot September of 1940. for Hungary the loss of Transylvania, because of its size, population and resource is, was the biggest blow resulting from the Trianon treaty which had awarded this territory to Romania. this loss was continuing source of irritation to Hungarians return to Hungary was a vital issue.

Operation Barbarossa the Soviet campaign 1941, when the Germans started preparing Barbarossa, they had not intended to involve Hungary as a fighting participant in the war against Russia. when the war broke out between Germany and Russia, the Hungarians closed Hungarian Russian border and reinforced the frontier guard units and air defences. On June 26 1941,Three unidentified twin engine bombers attacked the Hungarian town of Kassa. The following morning Hungarian bombers attacked Russian targets in the Ukraine, and Russia and Hungary were at war.

The book from Kagero continues in this fashion all the way through, but, with a considerable number of pictures and being a picture heavy book but this makes for a more interesting read with plenty of photographs of actual locations and battles and of course the Toldi tank itself fall with explanations of what you see in the picture.

I am a book lover, historian, modeller, and completely passionate for military history, this book certainly covers all those bases, and then some. It is full of history from the German point of view, and the Hungarian, though to begin with I am not sure that the Germans were just naïve about Operation Barbarossa, but it appeared that they did not think that their allies Hungary would not be needed to fight in Russia.

The book is written well and very easy to follow plenty of photos of the Toldi as well as some other tanks, some nice pictures with plenty of scope for a decent diorama build which for those like me will be picking these out in readiness for planning and building a diorama.

I do recommend this book even if you are not a fan of the 38M Toldi light tank as there is so much more between its covers for you to digest especially the early start of the Russian campaign. 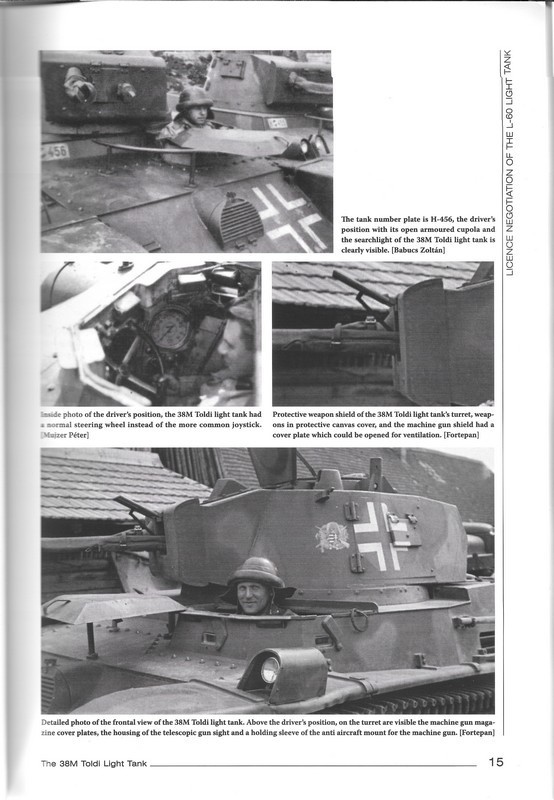 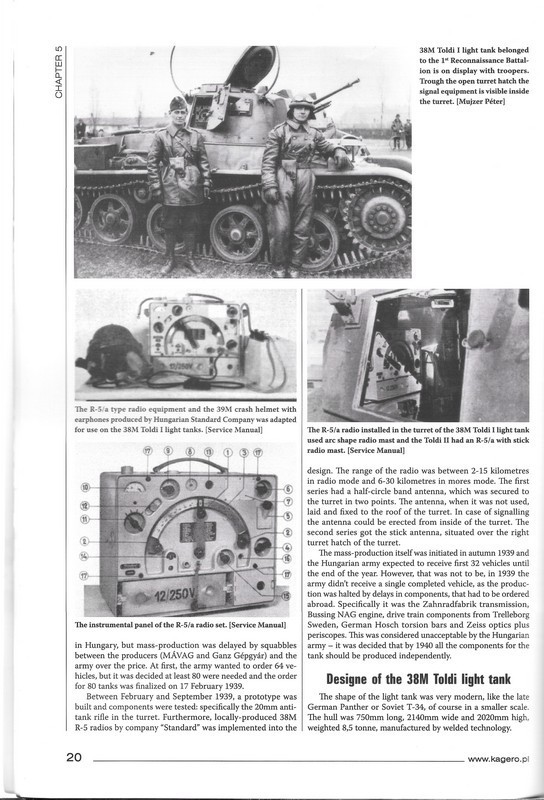 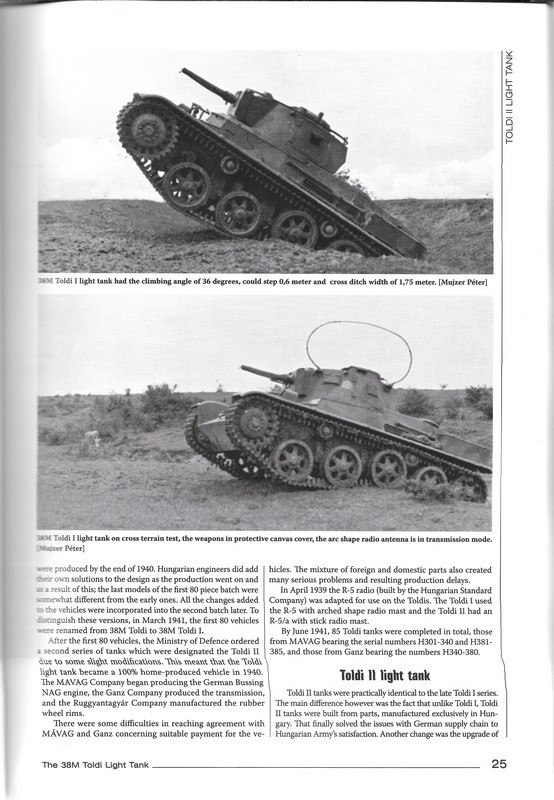 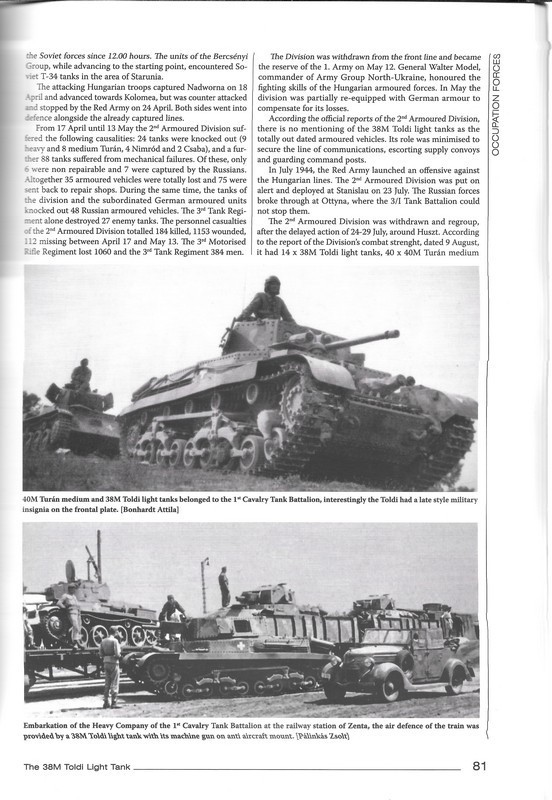 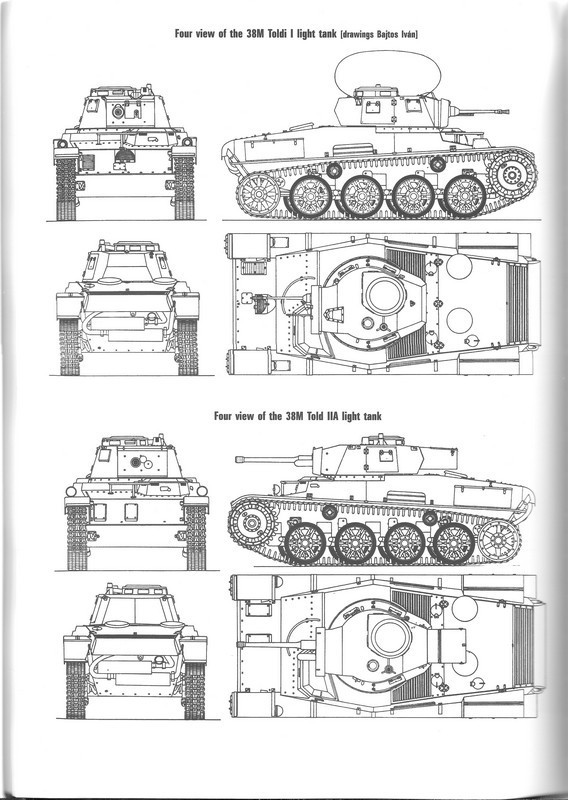 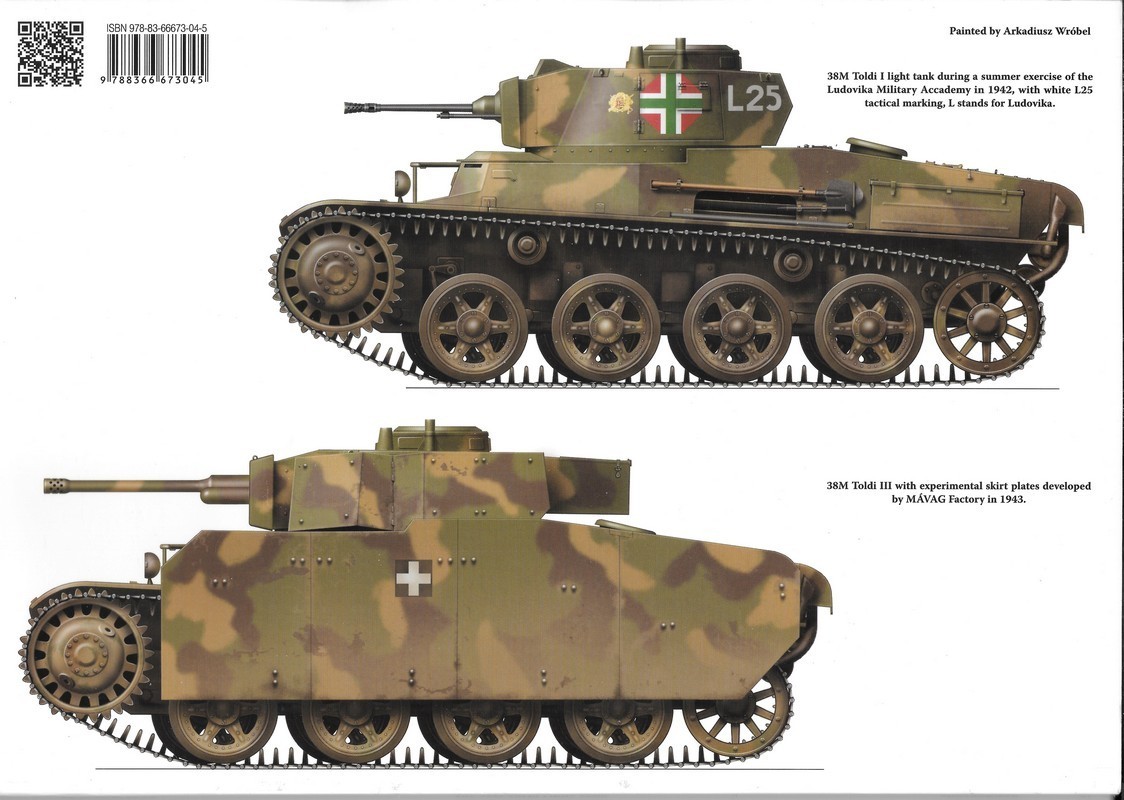