Robbo Roberts
Editor
posted on 1 year ago — updated on 1 year ago
2,152
views
Adie Roberts looks at this new offering from Pen and Sword to find out about one of his favourite tanks and find some inspiration for a diorama based on a T-34 against a German anti-tank gun. 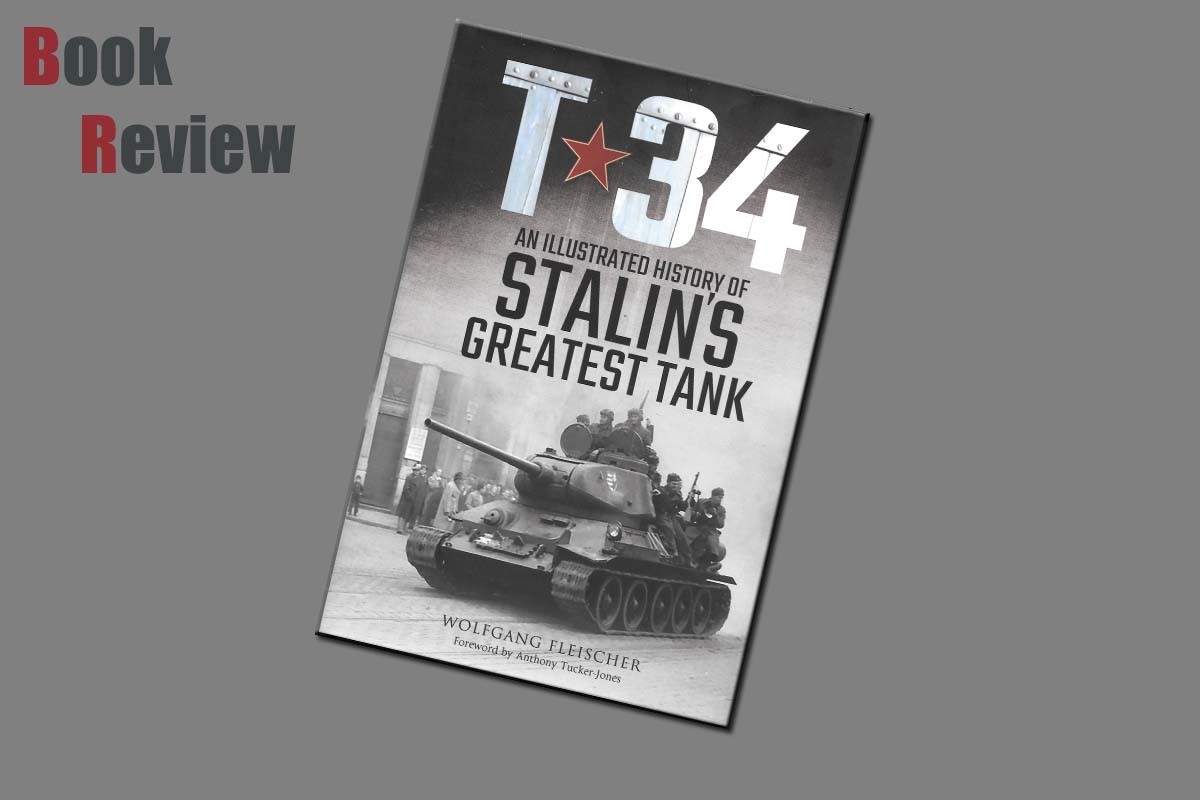 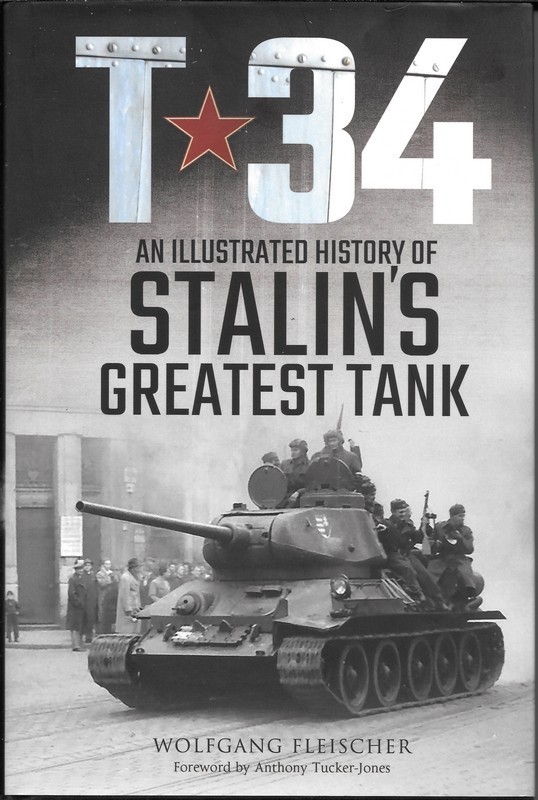 The T-34 is a Soviet medium tank introduced in 1940, famously deployed during World War II during Operation Barbarossa.

Its 76.2 mm (3 in) tank gun was more powerful than its contemporaries while its 60-degree sloped armour provided good protection against anti-tank weapons. The Christie suspension was inherited from the design of American J. Walter Christie's M1928 tank, versions of which were sold turret-less to the Red Army and documented as "farm tractors", after being rejected by the U.S. Army. The T-34 had a profound effect on the conflict on the Eastern Front in the Second World War and had a lasting impact on tank design. After the Germans encountered the tank in 1941, German general PaulLudwig Ewald von Kleist called it "the finest tank in the world" and Heinz Guderian affirmed the T-34's "vast superiority" over Germany tanks. "As early as July 1941, OKW chief Alfred Jodl noted in his war diary the surprise at this new and thus unknown under-armament being unleashed against the German assault divisions." Although its armour and armament were surpassed later in the war, it has been described as the most influential tank design of World War II.

Chapter 1. the place of the T-34 in tank history

Prototypes, experiments, and series production up to 1941

The T34 for Active Propaganda

Author Wolfgang Fleischer was born in 1952 he is a historian and works at the Bundeswehr Military History Museum in Dresden Germany. his many books include military technology of the First World War and German artillery 1914 to1918.

When the 1st T34 went into action in the summer of 1941 it proved to be an unmitigated disaster. To start with there were not enough of them and the Red Army was left relying on its more numerous, older, and obsolete tank types. The first model T-34 was under gunned due to the low velocity of its main armament.

Then there were problems with the engine and transmission there was insufficient ammunition and fuel, plus the crews were ill-trained. In the face of Hitler's Operation Barbarossa, T-34's were abandoned wholesale, often in very embarrassing situations, which bore testimony to the inexperience of their frightened crews. Others, lacking the skills to manoeuvre properly, were caught by German artillery and dive bombers. Their tanks were blown apart or flipped like children’s toys. Many T-34 became so much scrap on the road to Moscow.

At first light on the 5th of March 1940, a convoy of motor vehicles set off from the grounds of the Comintern locomotive factory at Kharkov. Amongst them were two A 34 prototypes of a new medium tank developed for the Red Army.

At 0315 hours on the 22nd of June 1941, Germany invaded the Soviet Union by crossing its borders from the Carpathians to the Baltic Sea. After a very few hours army groups South, centre and North were being made aware of a new previously unknown Russian tank.

The T34 came as a complete surprise to Germany soldiers. At the beginning of 1942, a compilation of experiences of enemy tanks on the eastern front summed the problem up. The main strength of Russian tanks is not so much their Armour generally as the slanted frontal plating. The outstanding manoeuvrability of the T-34 in the field requires special tactical measures, above all the use of terrain safe against tanks.

The book from pen and sword is quite picture heavy although most are black and white and quite a few drawn pictures. There is quite a large middle section that is full of coloured photographs like the walk-around type of photographs of various T34 and their variants these include SU-85, SUV-122 all these pictures are good for picking out the detail whilst checking for reference, for model building.

The production of the T-34, dirty water to which five factories were committed in 1942 and 1943, had increased fourfold in 1942 as against the previous year. The constantly expanding output made it possible for the Red Army to reinforce its operational tank units. German reconnaissance noted a growing number of independent tank regiments (authorised strength forty-one T-34/76’s), tank and mechanised corps (authorised strength 209 and 176 T34/ 76s respectively) and tank armies (authorised strength about 850 tanks and SP guns). The tank losses also grew, as in the battle of Kursk in the first half of June 1943. Foreign Armies East reported to OKH that in the months of July and August 4150 and 4050 Russian tanks respectively will put out of action on the eastern front, and 18,850 for the whole year (65 to 80% been estimated to the total losses).

In the case of the specialised variants, before the war, The Red Army experimented with special tanks on a large scale. This included command, flamethrower, remote control flamethrower/ explosive, mine clearance, submersible, amphibious, recovery and salvage tanks, breach and fascine layers and armoured personnel carriers, Comprehensive experience had therefore been gained in this area.

There is a reference data section at the back of the book which gives you information on the tanks that the Soviet Union had before the T-34 and the T-34 itself and all the different T-34 variants.

Pen and Sword are fast climbing up the ladder when it comes to publishing books and a vast array of them are based on the subject that you and I are interested in, and this offering has certainly surprised me. Stalin’s greatest tank is a title that I feel I have learned a lot about, from the outset when the T-34 showed itself on the battlefield with, issues including, tank crews that were not really trained to what can only be described, as to the right standard. The book, starts with a look at the design and an interesting piece on the T-34 design including an article written anonymously in the September 1943 issue of the Wehrnisches Monatasheft which described the T-34 as the successful Christe-copy?

The book is like most that I have been fortunate to review from Pen and sword easy reading and full of facts about the subject. It is picture heavy with some fantastic black and white photos of which I know that I have not seen before, another plus for me was the various T-34 variants that there were. These variants have their own section in the book. I totally recommend this book for all who love Russian armour or what was one of the hardest and biggest tank battles during World War 2 at Kursk, superb book. 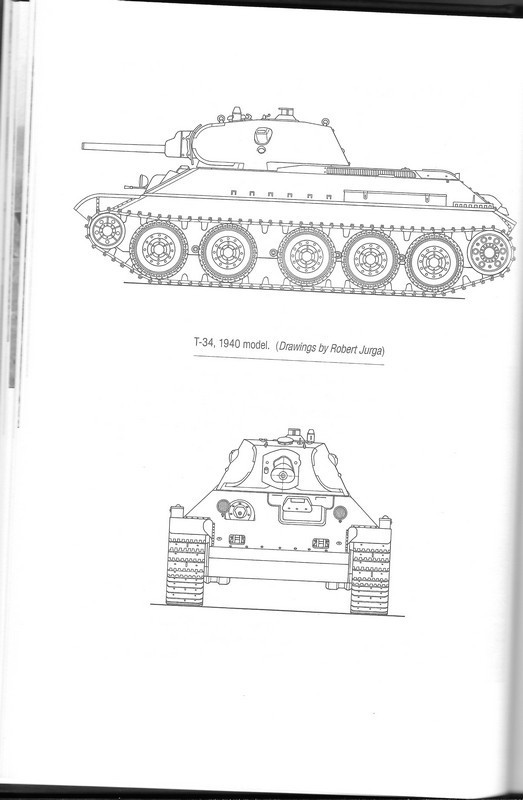 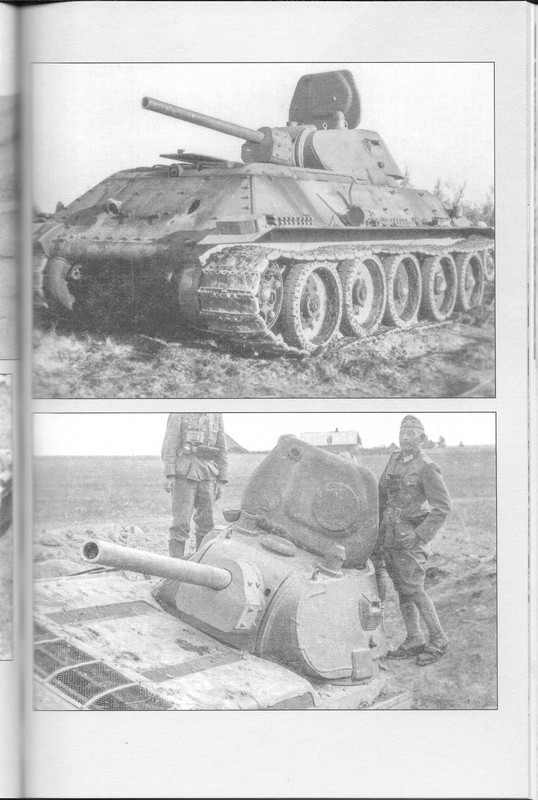 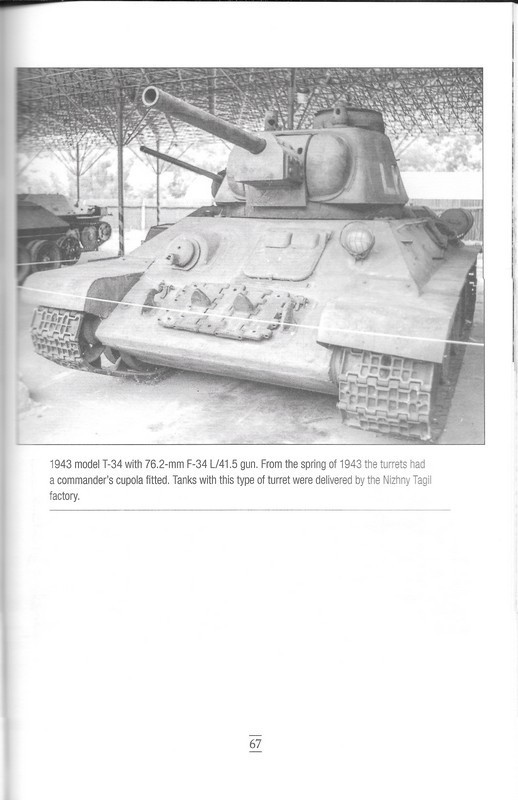 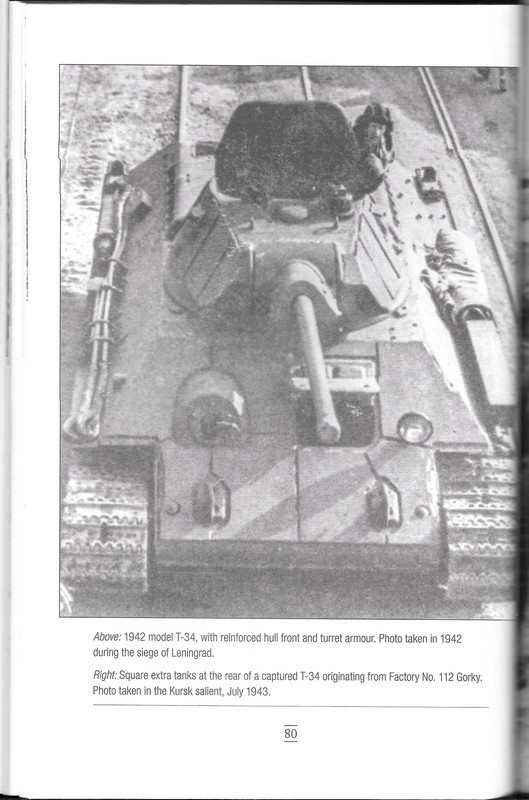 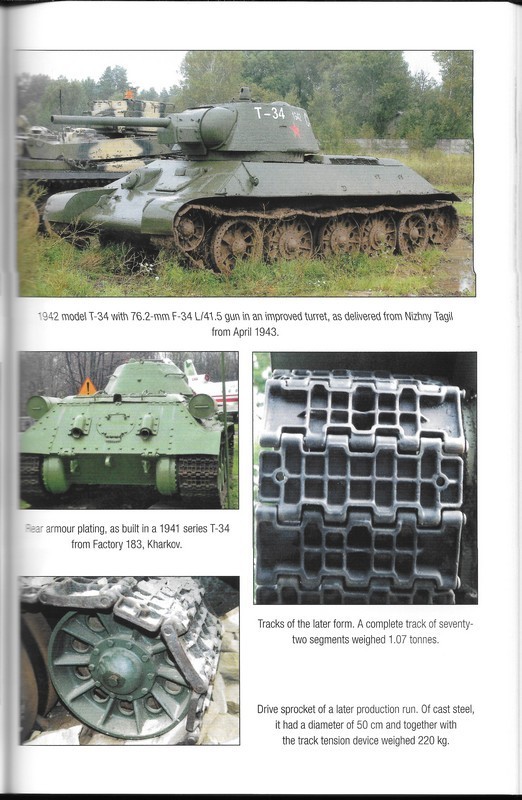 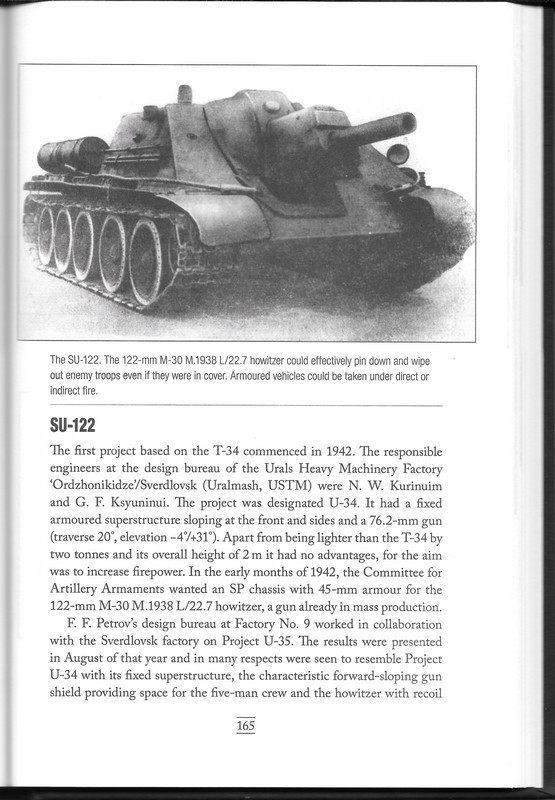 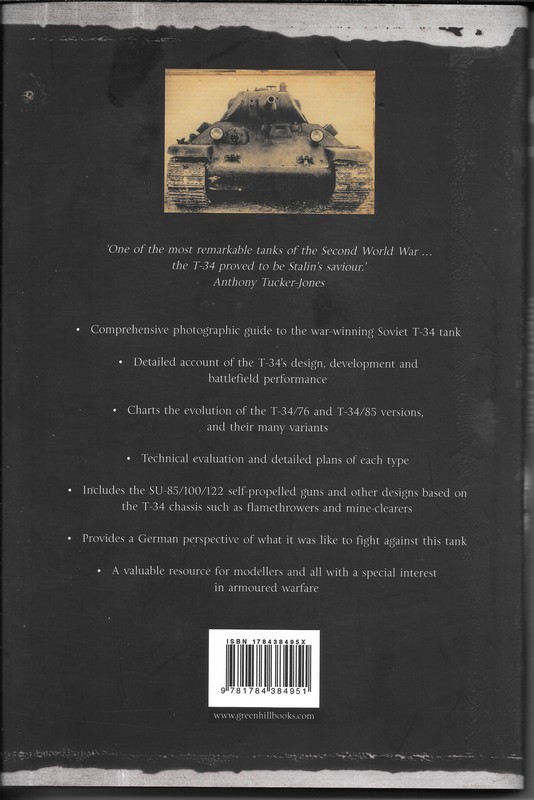