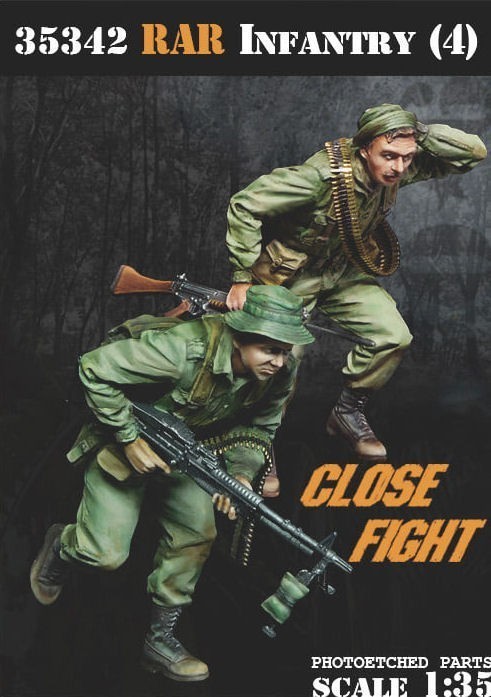 Battle of Long Tan took place on 18 August 1966 in a rubber plantation near Long Tan, South Vietnam, during the Vietnam War. The action was fought between Viet Cong (VC) and People's Army of Vietnam (PAVN) units and elements of the 1st Australian Task Force - 6 RAR.

Inspired by the movie - Danger Close based on a true story in Battle of Long Tan, Vladimir Demchenko sculpted a series of figures depicting Aussie and Kiwi soldiers. 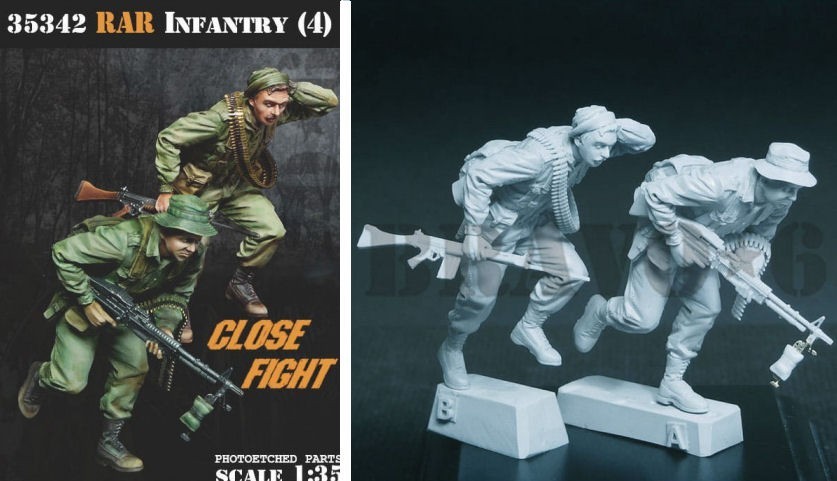 Figures come  in standard cardboard box labeled with a photo of the painted figures. They are secured in multi transparent zip-lock bags then lumped in a larger one. No damage on the review samples. Figures come as full body figures with some personal gear cast on. Heads, arms, some of the field gear and weapons are given as seperate parts.

Sculpting is very good  in clean details and casting is nice with no holes, visible seam lines or flash resin. Parts can be easily removed from sprues and there will be  no need for a serious cleaning just a quick sanding.

Figures are sculpted in 1/35 scale by Vladimir Demchenko and cast in grey resin.

Posed to run leaning forward with his M60 machine gun ;  it comes in 8 parts. 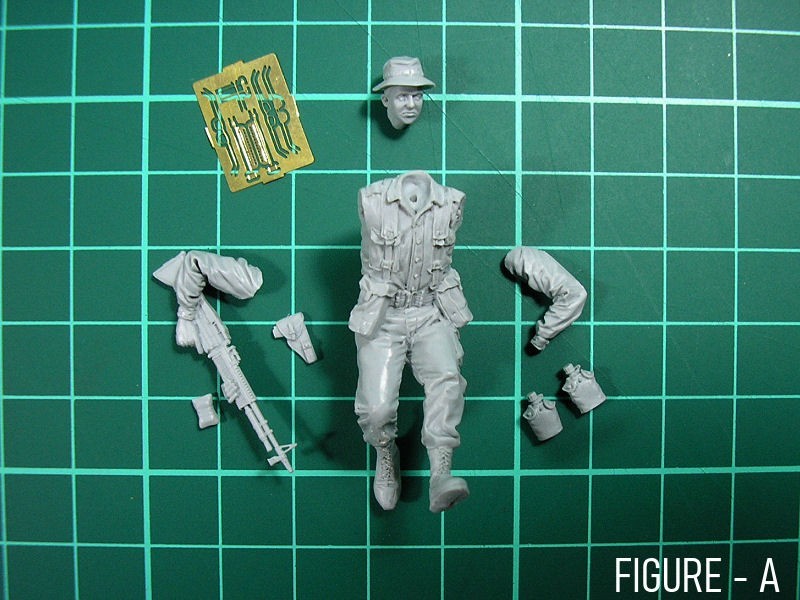 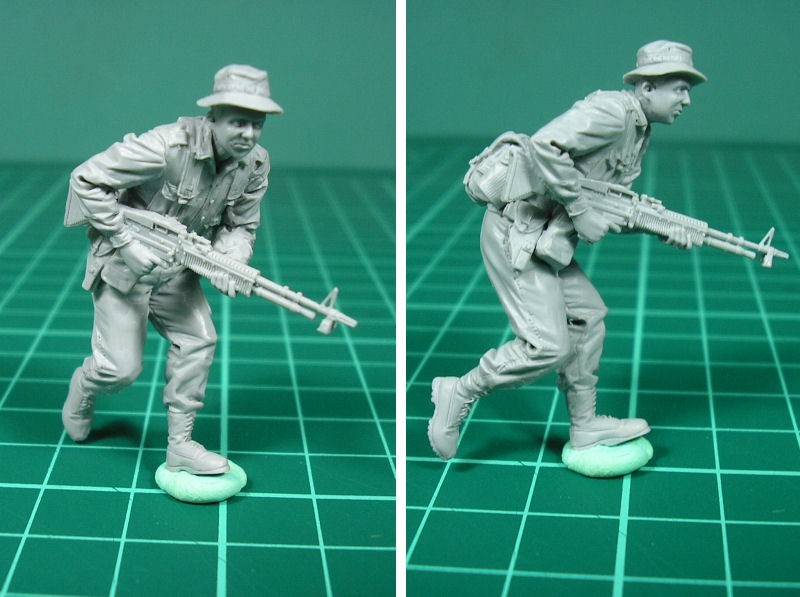 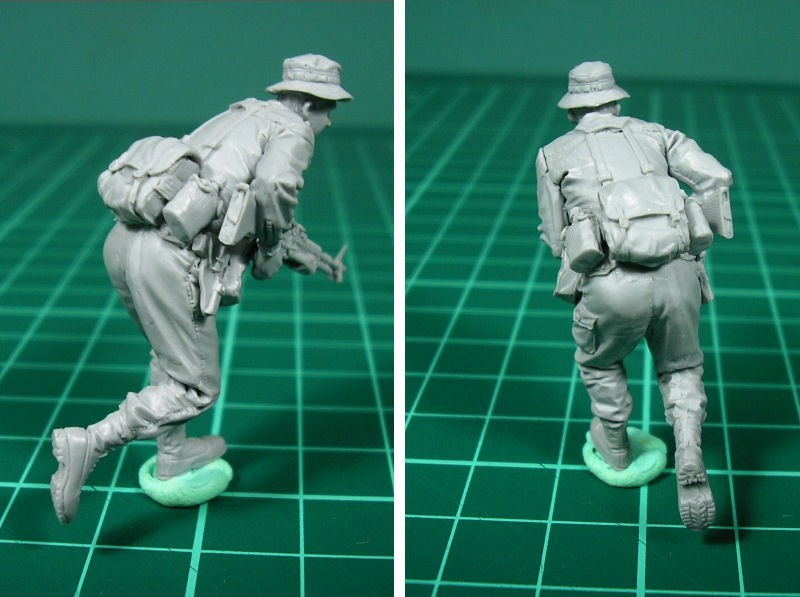 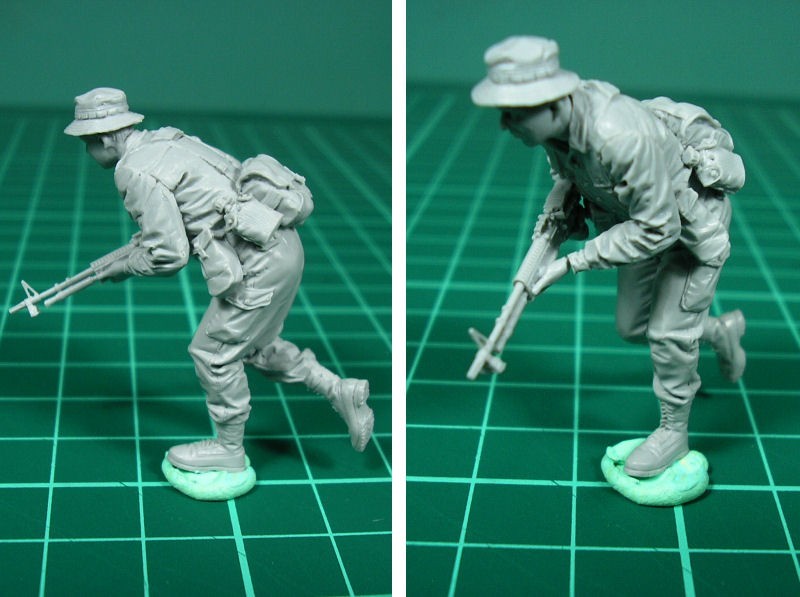 Posed to run holding his hat ;  it comes in 8 parts. 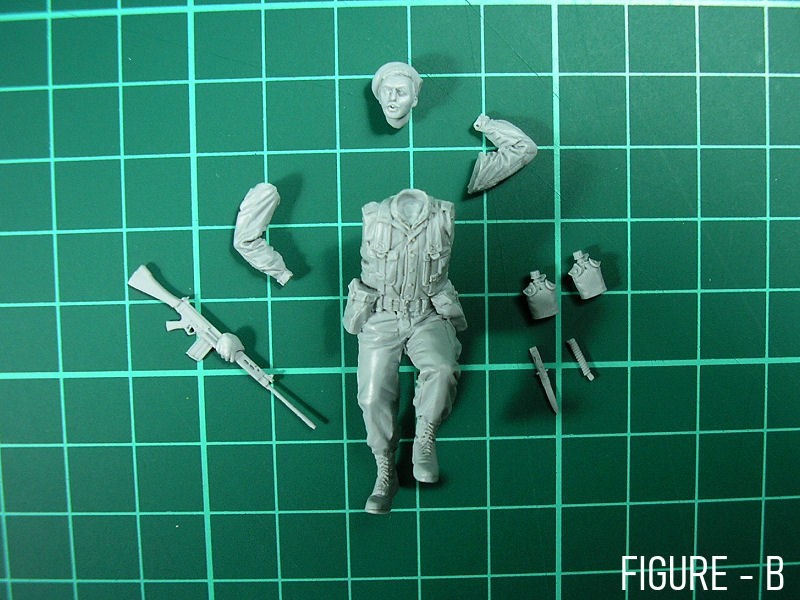 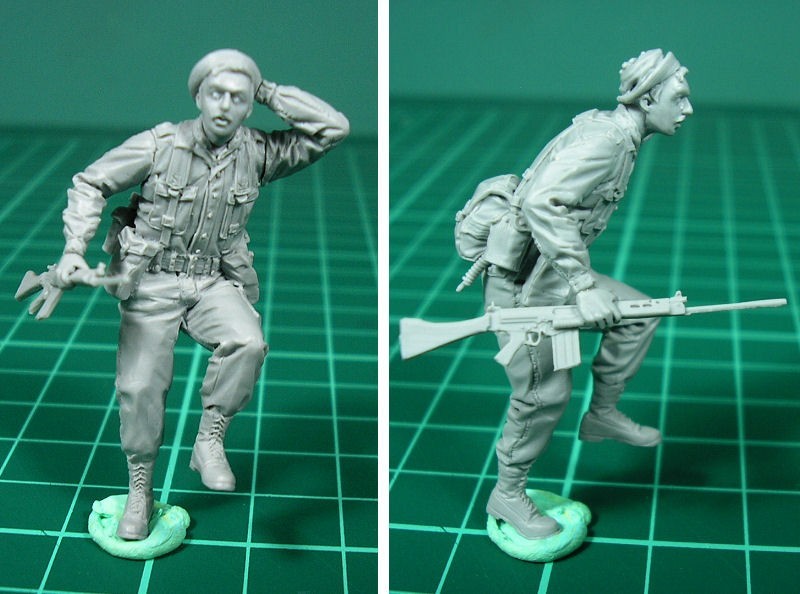 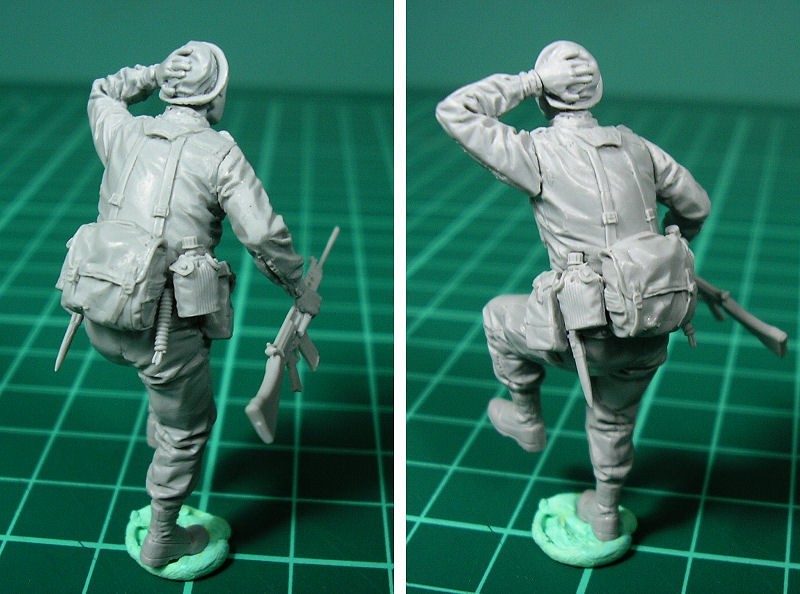 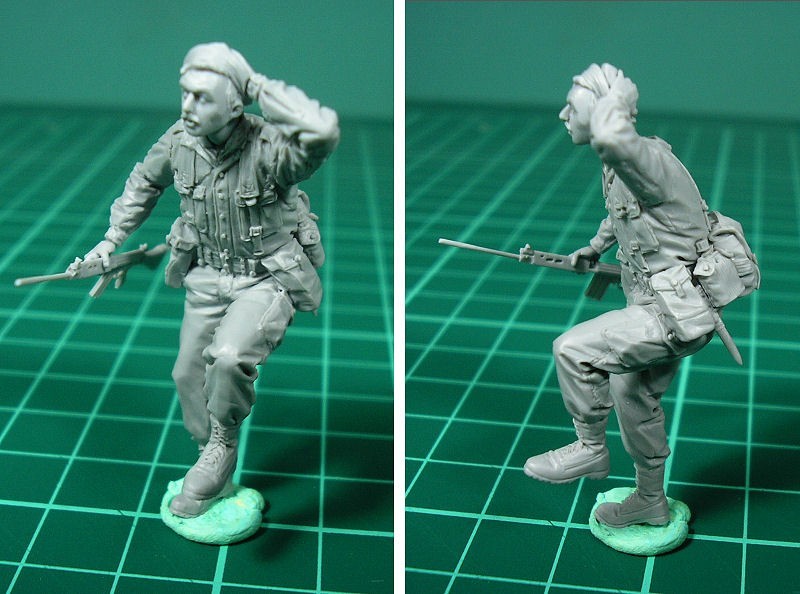 Both figures wear wide brim boonie  hats and jungle-green cotton uniform mostly worn by the Australian and New Zealand soldiers during the Vietnam War and referred as JGs or Greens. JG Uniform consists of  front button shirt  with two breast patch pockets and shoulder straps, trousers with two side and two rear slash pockets and a patch pocket on the left thigh. As for the foot gear, they have leather boots.

Faces show nice features and facial expressions. Figure-B's hat is folded back in front and left hand is cast on it.

Two resin ammo belts and a PE fret with M60 bipod and bonus eye glasses are supplied inside the kit. 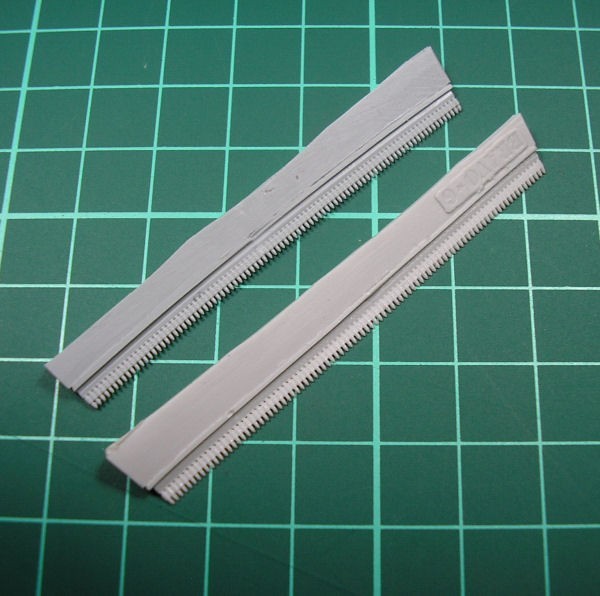 I am happy to see BRAVO*6 keeps increasing the number of  Aussie/kiwi soldiers and their rifle sets  to make different themed Vietnam War dioramas.

B6-35342 is another great kit sculpted by Vladi in 1/35 scale in crisp details and cast in grey resin with no mistakes. Pose of figures are very nice.

As always; parts can be easily removed from sprues with no damage, extra care is adviced for the tiny barrel if L1A1. Less parts on assembly and correct fit  makes it another BRAVO*6 highly recommended kit.

Thanks to Vladimir Demchenko for the review sample.

For more info and photos of all products of the company ; please visit BRAVO*6 .