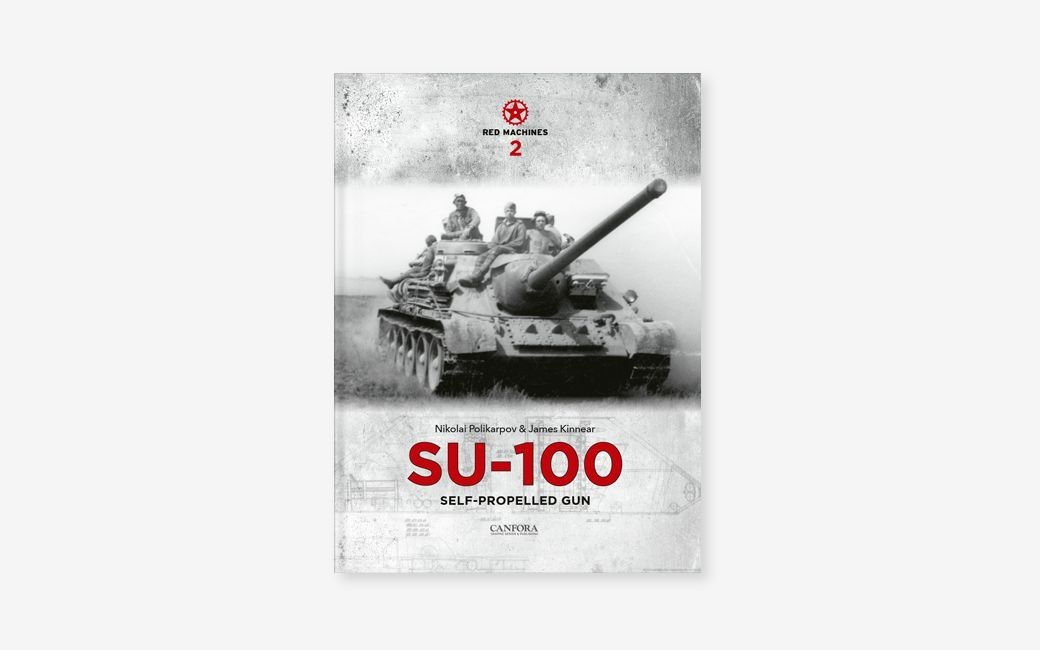 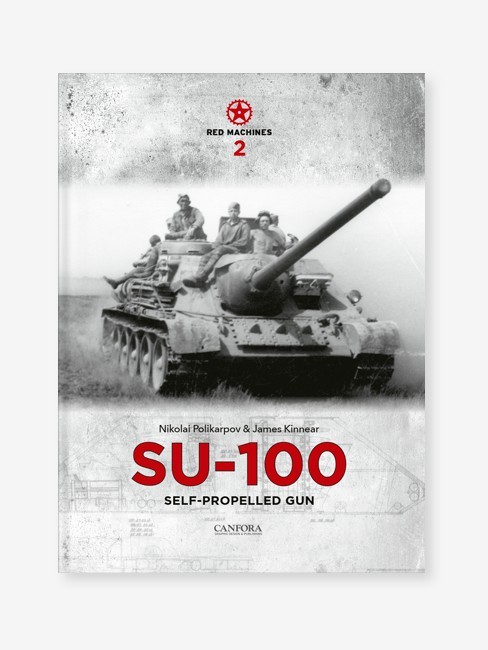 This recent volume from Canfora is the nº 2 on the series of Red Machines, and is a hard cover edition with 176 pages printed in A4, portrait, gloss paper.

It has been written by Nikolai Polikarpov and James Kinnear, using original documentation.

There is a lot of text, images (in color and black and white), drawings, and several colour profiles.

Images are large and clear, and drawings despite being from production time, have been reproduced clearly as well.

The volume is focused exclusively on the SU-100, and covers every aspect of the vehicle, from development to use, 1/35 scale plans, museum photos and more, as can be seen on the index:

Let's see these sections in detail:

This is a short introduction of three pages with some background on the factory where most of the SU-100 were produced, including a several photos of the building process. 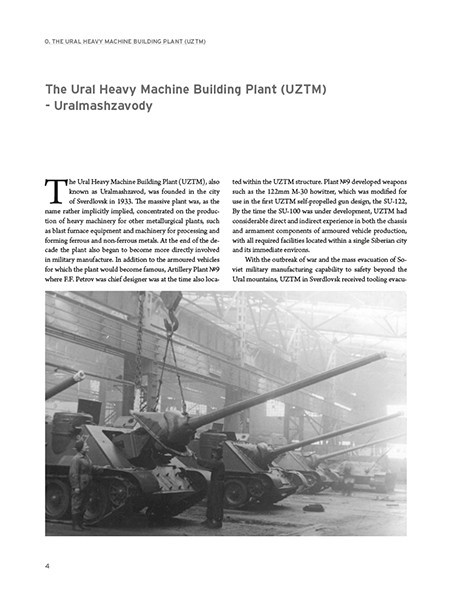 The history of the SU-100 prototypes told in detail, it is obvious here the use of original archives. There are plenty of photos of the prototypes together with the text, pointing specific features, and also photos from the ground tests. It is a very interesting reading from the historical point of view, with all technical, bureaucratic problems and even competition between design offices that happened during the development.

The production during the war and afterwards had constant changes, some minor and some more important. These are detailed here chronologically and supported by photos and drawings. 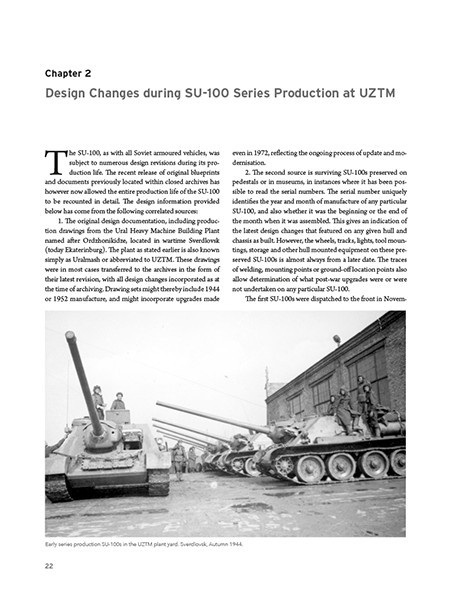 After finishing production at UZTM, in 1947 Omsk tank plant took it over until early 1948. This section focuses on the specific features of the tanks produced here. 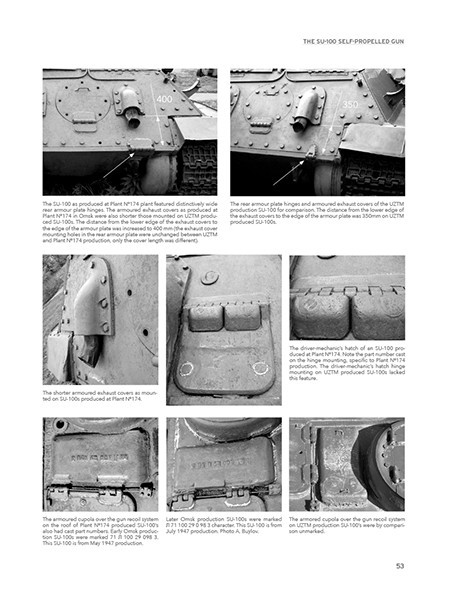 After the war, the vehicles had several modifications over the time, which are explained here with plenty of photos and drawings which support the text. As most of the preserved tanks have these changes, it is important to be aware of them when looking at walkaround photos. 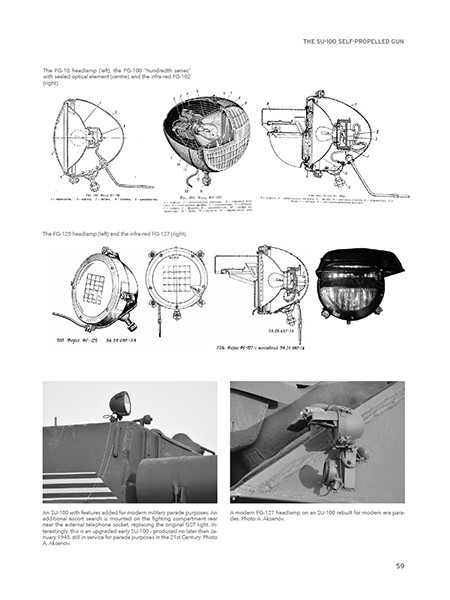 This sections has the combat history of the SU-100 during Second World War, again with a good number of photos in service.

Post-war service is included as well, in the Red Army plus Poland, Czechoslovakia, Yugoslavia, Cuba, Asia, Middle East and Africa. 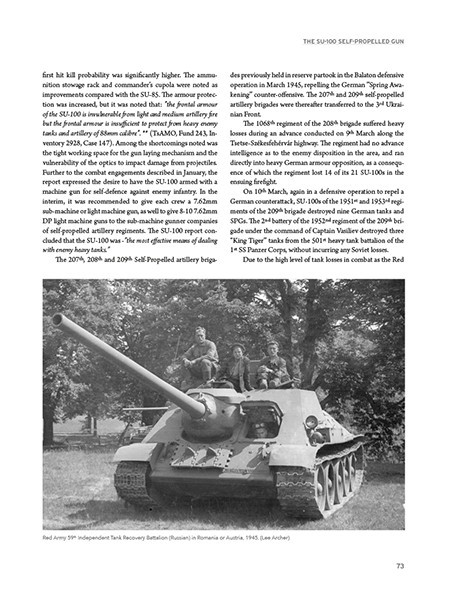 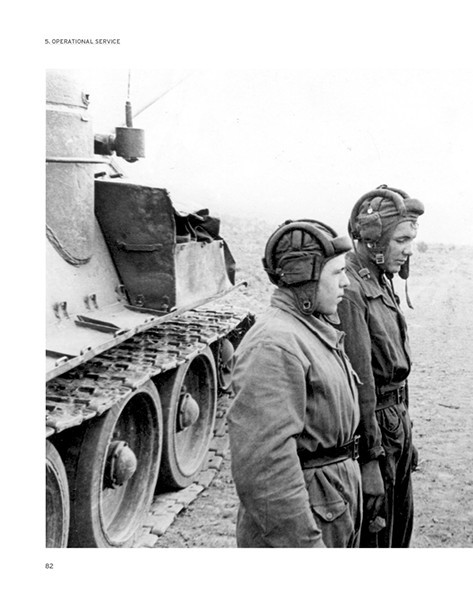 Another very interesting section, with many drawings of the interior and the different systems with functions for every part, for example the oil and fuel caps are identified, all the controls on the driver compartment, the bulkhead or the gun. 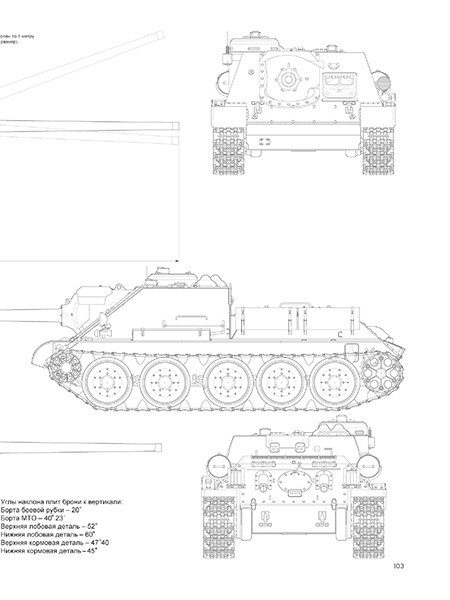 The Next generation SU-100

The SU-100 could have had two successors, the SU-122P and the SU-101/102 but none of them went beyond the prototypes. Their history, with photos, is covered here.

34 pages of photos of preserved vehicles, these photos are smaller than in the rest of the book, with five to six photos per page, but they are so focused on details and well shot that it is not needed to have them bigger.

It is divided in sections and all photos have captions. The last ten pages are exclusively for the interior, again extremely clear and well organised. 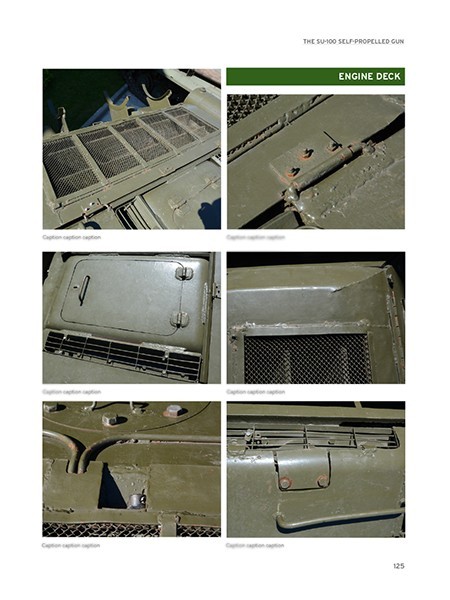 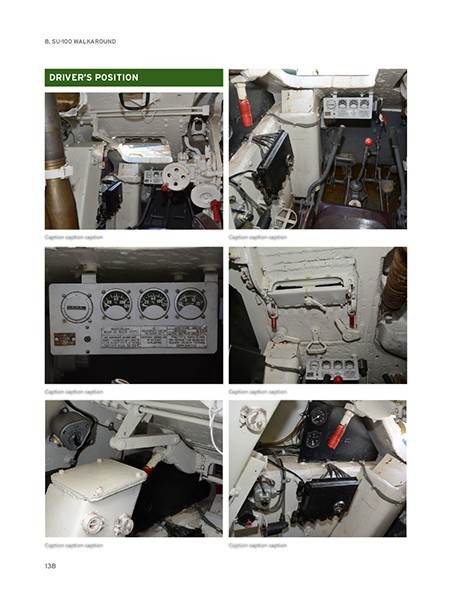 A comprehensive list of preserved vehicles, with more than a hundred entries. There are also photos of several of them, from Russia, Egypt, China, Israel, Austria and more.

There are three pages with six nicely rendered profiles (one side) of different painted SU-100.

Finally, there is an appendix with glossary, archives used and bibliography.

This is an excellent volume with all information needed for the vehicle. Being focused on a single model allows to cover all its aspects, from production history to a complete walkaround, plans, drawings of the interior and a lot more.

For modellers, it is a great reference to detail a model, build an specific version down to the month of WWII production or just enjoy with history of this self propelled gun. History fans will find also the complete history of the vehicle with its changes and technical details.