Darren Baker
Editor
posted on 2 years ago — updated on 2 years ago
1,903
views
Fay Baker takes a look at a recent release from Pen and Sword that looks at the artillery of all nations during WW2 and titled 'Artillery Warfare 1939-45'. 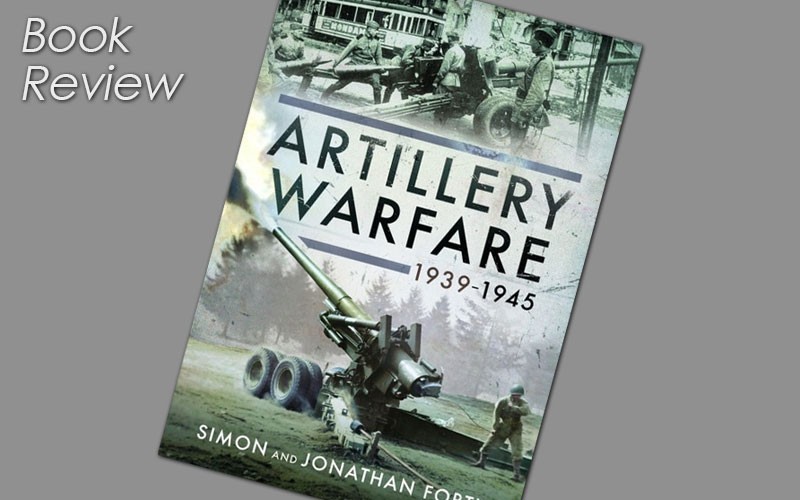 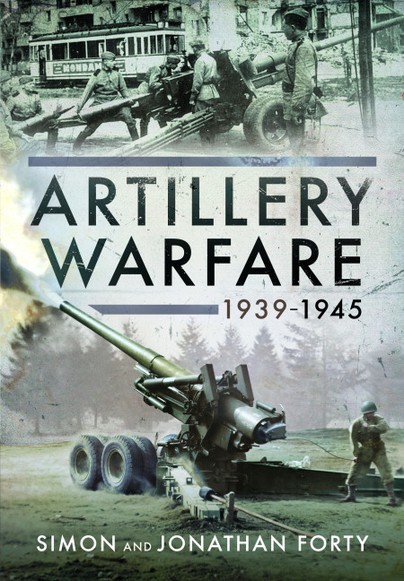 It is said that artillery won the Second World War for the Allies – that Soviet guns wore down German forces on the Eastern Front, negating their superior tactics and fighting ability, and that the accuracy and intensity of the British and American artillery was a major reason for the success of Allied forces in North Africa from El Alamein, in Italy and Normandy, and played a vital role in the battles of 1944 and 1945.Yet the range of weapons used is often overlooked or taken for granted – which is why this highly illustrated history by Simon and Jonathan Forty is of such value. They stress the importance of artillery on every front and analyse how artillery equipment, training and tactical techniques developed during the conflict.

The selection of wartime photographs – many from east European sources – and the extensive quotations from contemporary documents give a graphic impression of how the guns were used on all sides. The photographs emphasize the wide range of pieces employed as field, anti-aircraft and anti-tank artillery without forgetting self-propelled guns, coastal and other heavyweights and the development of rockets. The authors offer a fascinating insight into the weapons that served in the artillery over seventy years ago.

As you can see by the contents, this book has been broken down into logical segments providing information, on specific artillery types. The Artillery was such an effective weapons system that when used correctly created a formidable foes to go up against. Examples of this come in the form of just how well artillery protected the beachheads of D-Day, once the beachheads were established, defeating Axis Forces despite them being better organised and having better tactics in many places. The various walls of defence set up by German forces were beaten and breached, within 24 hours of being attacked, primarily thanks to artillery engagement.

The text in this offering is presented to a large extent, as an introduction to each chapter. With text chunks throughout the title, where required. The result of this is a very visually informative book, that either at the start of the section or within a couple of pages, you will find any information you require within reason. It needs to be pointed out, the purpose of this book, is not to guide you through the setting up and usage of the weapons. It is more to give you a condensed view, used by various armies during World War II.

The stunning aspect of this book for the modeller, are the number of photographs that are by far, is major attribute. The pictures are all in black and white, and from what I can see, appear to be photographs taken by crews, rather than staged for a photographer. Each of the photographs is accompanied by a caption, that covers the images to varying degrees, but each has snippets of detail that I found of help. One photograph showing shell cases from a 105mm gun emplacement, littering a snowy landscape taken in December, screams to be represented in scale form. There are so many shell cases, that it took me a minute to actually locate the gun.

This offering from Pen and Sword, authored by Simon and Jonathan Forty and titled Artillery Warfare1939-45 if a fantastic title for the modeller looking to identify artillery pieces and those how wish to replicate, a realistic diorama or vignette. The presentation style makes for a pleasing book that is a joy top look through when both seeking information or inspiration.