JPTRR
Editor
posted on 2 months ago — updated on 2 months ago
1,064
views
Filled with an abundance of new material from recent research, WAR IN JAPAN 1467-1615 is practically a new book since OSPREY published the first version in 2001. 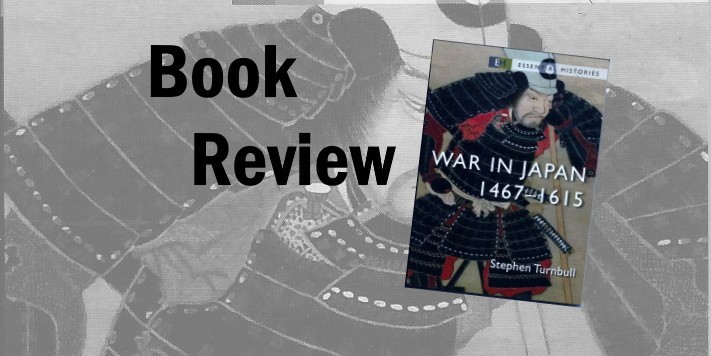 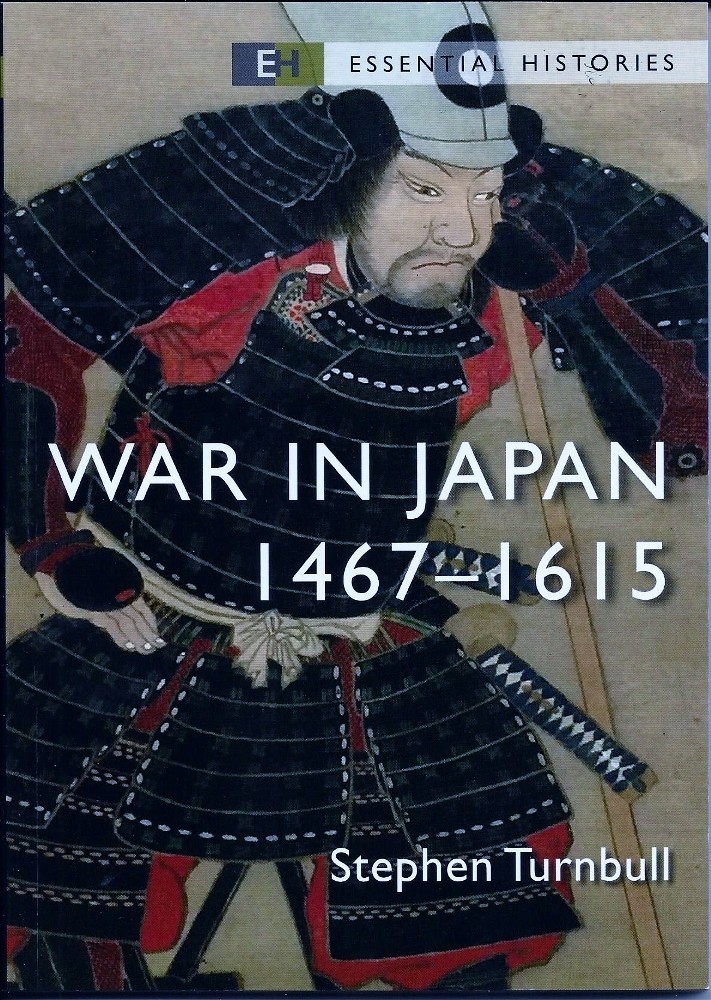 War in Japan 1467-1615 is a new book by author Stephen Turnbull in Osprey Publishing LTD’s series EH Essential Histories.    This concise history of the violent “Age of Warring States” period that shaped Japan is updated and revised, featuring full-color maps, with new and original images. With text including translated primary sources paired with current research, modelers and students of the Ōnin War and Daimyō (great names) eras, and samurai, can increase their knowledge through this exploration of the forging of Japan.  Osprey describes the book thusly:

Fully illustrated with colour maps and 50 images, this is an accessible introduction to the most violent, turbulent, cruel and exciting chapter in Japanese history.

In 1467 the Onin War ushered in a period of unparalleled conflict and rivalry in Japan that came to be called the Age of Warring States. In this book, Stephen Turnbull offers a masterly exposition of the wars, explaining what led to Japan's disintegration into rival domains after more than a century of relative peace; the years of fighting that followed; and the period of gradual fusion when the daimyo (great names) strove to reunite Japan under a new Shogun. Peace returned to Japan with the end of the Osaka War in 1615. Turnbull draws on his latest research to include new material for this updated edition, covering samurai acting as mercenaries, the expeditions to Korea, Taiwan and Okinawa, and the little-known campaigns against the Ainu of Hokkaido, to present a richer picture of an age when conflicts were spread far more widely than was hitherto realised.

With specially commissioned maps and all-new images throughout, this updated and revised edition provides a concise overview of Japan's turbulent Age of Warring States.

Catalogued with ISBN 9781472851185 and Osprey’s short code: ESS, this 144-page book is available in softcover, PDF, and ePUB. Interestingly, the book is not the standard A4 format size.  It measures about 8 inches by 6 inches.  I suppose that if it were a larger format, the page count would be around 100.

Modelers can find technical information and inspiration in these pages.

War in Japan 1467-1615 is divided into these chapters and sections:

Twenty years have passed since the author published Essential Histories 46: War in Japan 1467-1615, recounting the collapse of the Shogunate after a century of peace; Japanese feudalism descended into the chaos of the Sengoku period (戦国時代, Sengoku Jidai, "Warring States period").  This revised title contains an abundance of new material from recent research.   Mr. Turnbull has pared down some aspects in favor of expanded presentations of new information.  Clearly written and organized, the text is richly supported with photographs and graphics. Included is a callout box, Samurai Cavalry Tactics, describing three mounted attack methods.  Throughout the book you will find numerous interesting identifications and translations of constructs, people, weapons, tactics, and tools, i.e., horagai (conch shell trumpet).

This is not simply a war book.  It covers social-political aspects of the Sengoku period.  Covered are scheming power play intrigues such as a warlord declaring a child as heir to a throne and himself as the legal guardian.  We learn of the development of gangs into armies as in the case of a warlord who started with six men, eventually fielding tens of thousands for the grandson.  Mention is made of bands of bandit thieves looting battlefields and wounded samurai. Peasant riots and the attempts to harness them as one’s paramilitary force is explored.   As the saying goes, the more things change, the more they stay the same.

Military subjects are presented.   Roles and backgrounds of soldiers are explained, i.e., the ashigaru (‘light feet’) that began as cannon fodder but are shown as developed into trained, organized soldiers.  Interesting are excerpts from a military manual:

When advancing one’s own troops and pursuing an enemy [the call is] nine sets of three beats, speeded up three or four times, and the giving of a war cry. As for the number of war cries, shout ‘Ei! Ei! O!’ twice.

The chapter Warring Sides covers many subjects, including:

·        Examining the origins and changing meanings of the word ‘samurai’

·        Infantry revolution and participation of monks

Outbreak provides a groundwork and basis of knowledge for the era:

…in this chapter we will sketch the history of the first three generations of the Hōjō as a way of providing an introduction to the wars of the Sengoku Period.

We are exposed to Japanese mercenaries who fought in a 1593 Burmese-Siamese war, and the battle of Nong Sarai in which some fought on elephants.  Chronicled is the historical flow of change, of battles and wars – and power – won or lost, escalations, and the eventual consolidations of power that stabilized Japan.

An impressive gallery of images support then text.  If you have read the author’s previous books and worry that you have already seen the visual material, you will be pleasantly surprised.   In Acknowledgements the author informs us that, “…all previous illustrations have been replaced by new ones more suited to the improved contents.”

Color photographs of artifacts in museums and collections illustrate the text.  Such displays are arranged in a clean, orderly fashion allowing excellent visibility.  Colorful illustrations from Japanese artwork, scrolls, and screens are included and reveal images from primary sources.  A sample of photos you will find include:

Obviously, there are no photographs of the Sengoku period and fortunately, the Japanese chronicled the times in paintings and other illustrations.  Reproductions of that art substitutes for photographic content.

As a map lover I am very pleased that the book contains several maps.

1.      The provinces of Japan during the Sengoku Period

3.      The island of Kyushu during the Sengoku Period, 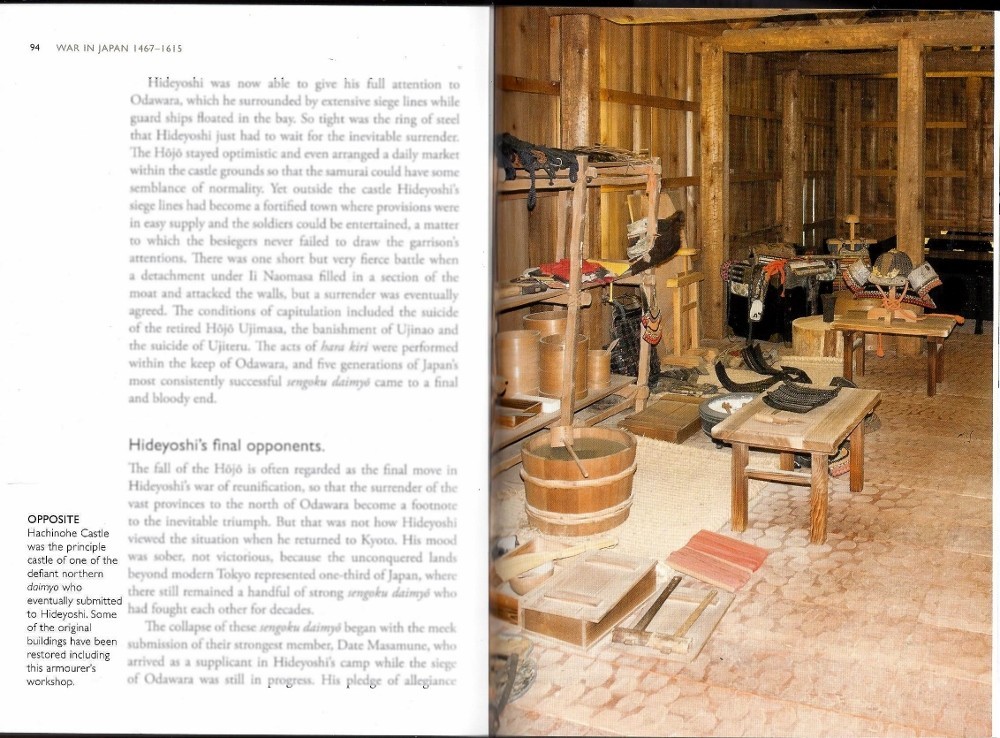 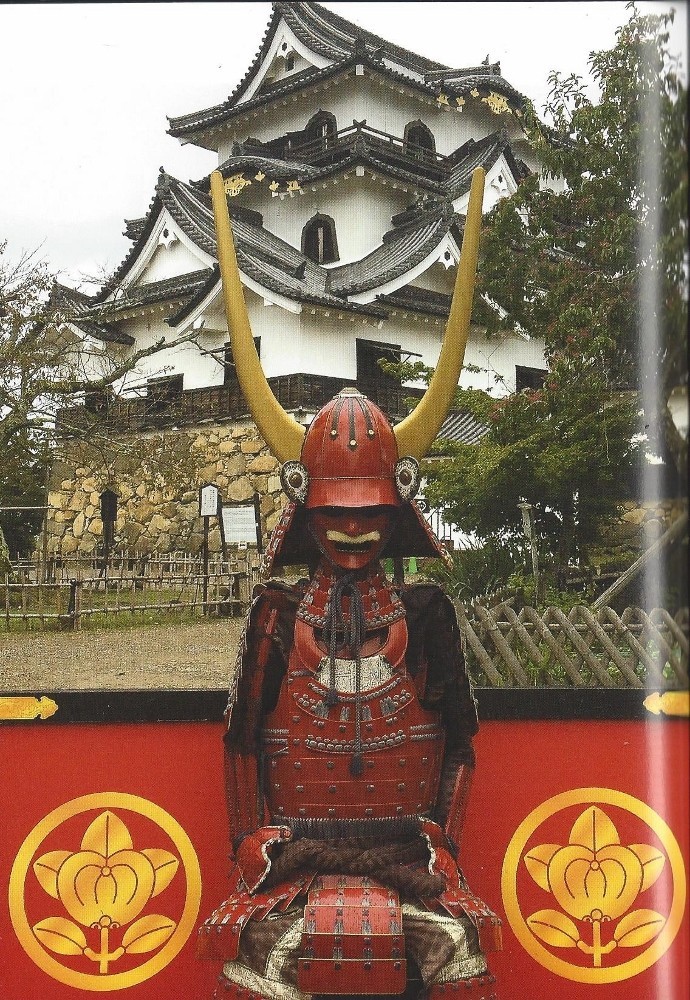 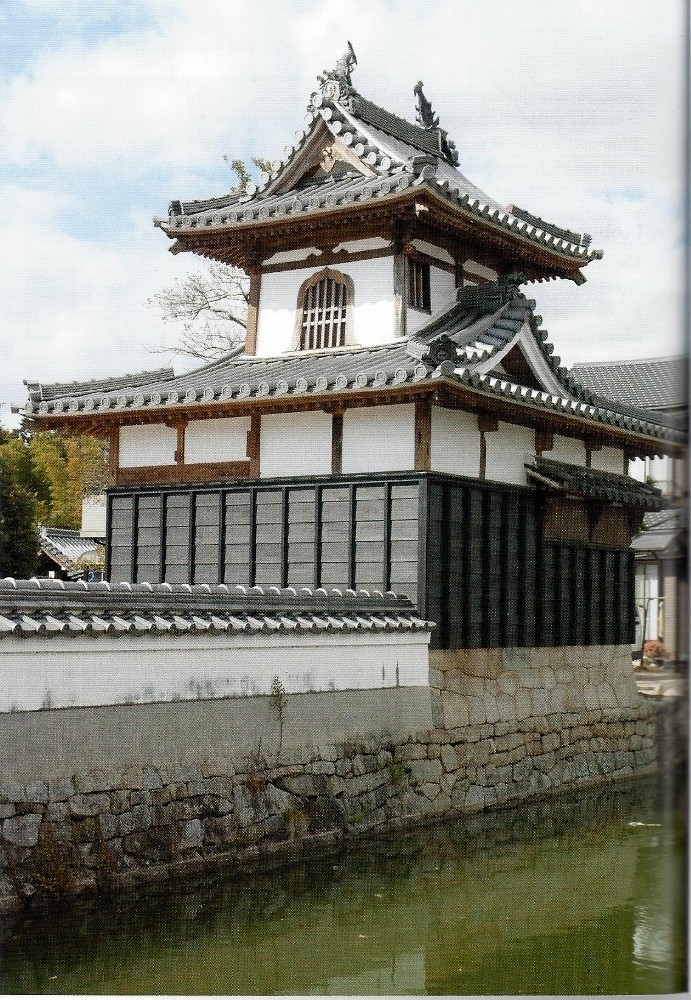 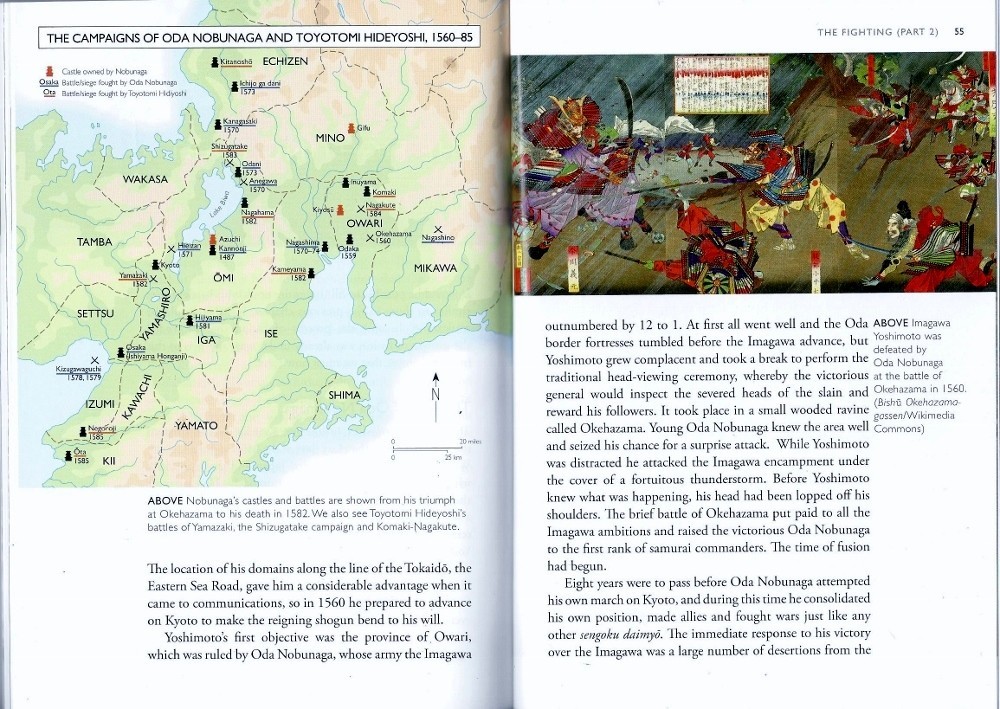 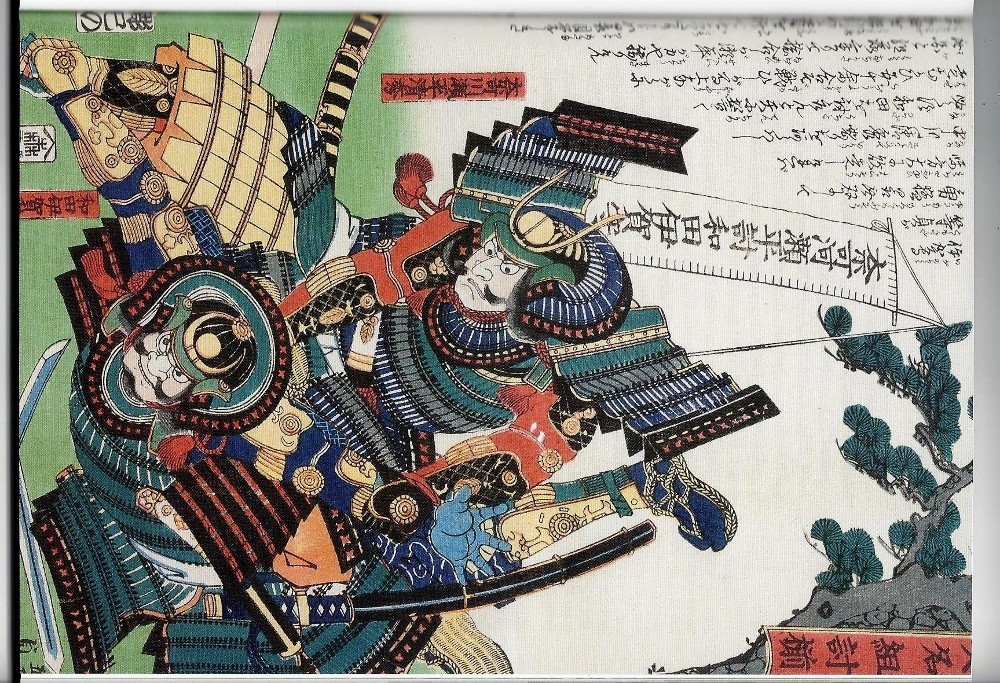 Osprey's War in Japan 1467-1615 impresses me as a fine history for modelers and historians of the Sengoku period. The photos and artwork supporting the text is first-class, and the text itself is detailed, informative and very interesting.  The color photos are invaluable for painting your models.

I know nothing is perfect but I struggle to find anything to nitpick about Mr. Turnbull’s books, including this one, and I recommend it.

Please remember to mention to Osprey and retailers that you saw this product here - on Armorama.