varanusk
Editor
posted on 1 month ago
2,733
views
A review of T-Model 1/35 kit of a Loading Ramp for flatcars. 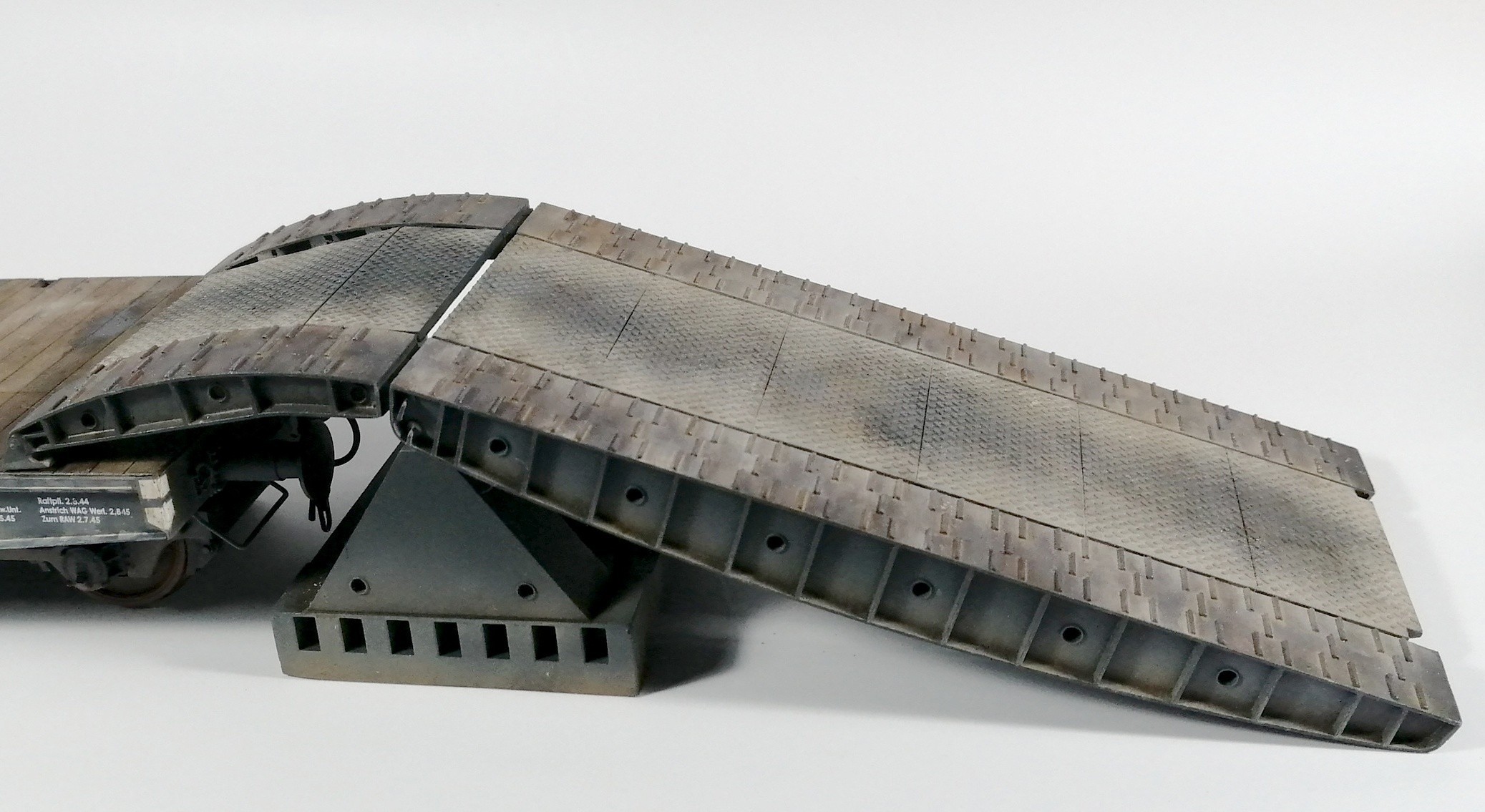 Military vehicles, and specially tanks during WWII, are not intended to move over long distances: they are slow, require a lot of fuel and their mechanic wears quickly. So, the best alternative is transporting by train.

Usually there are special areas for loading, however sometimes it may not be the case so the German Army used a specially designed, movable, ramp. 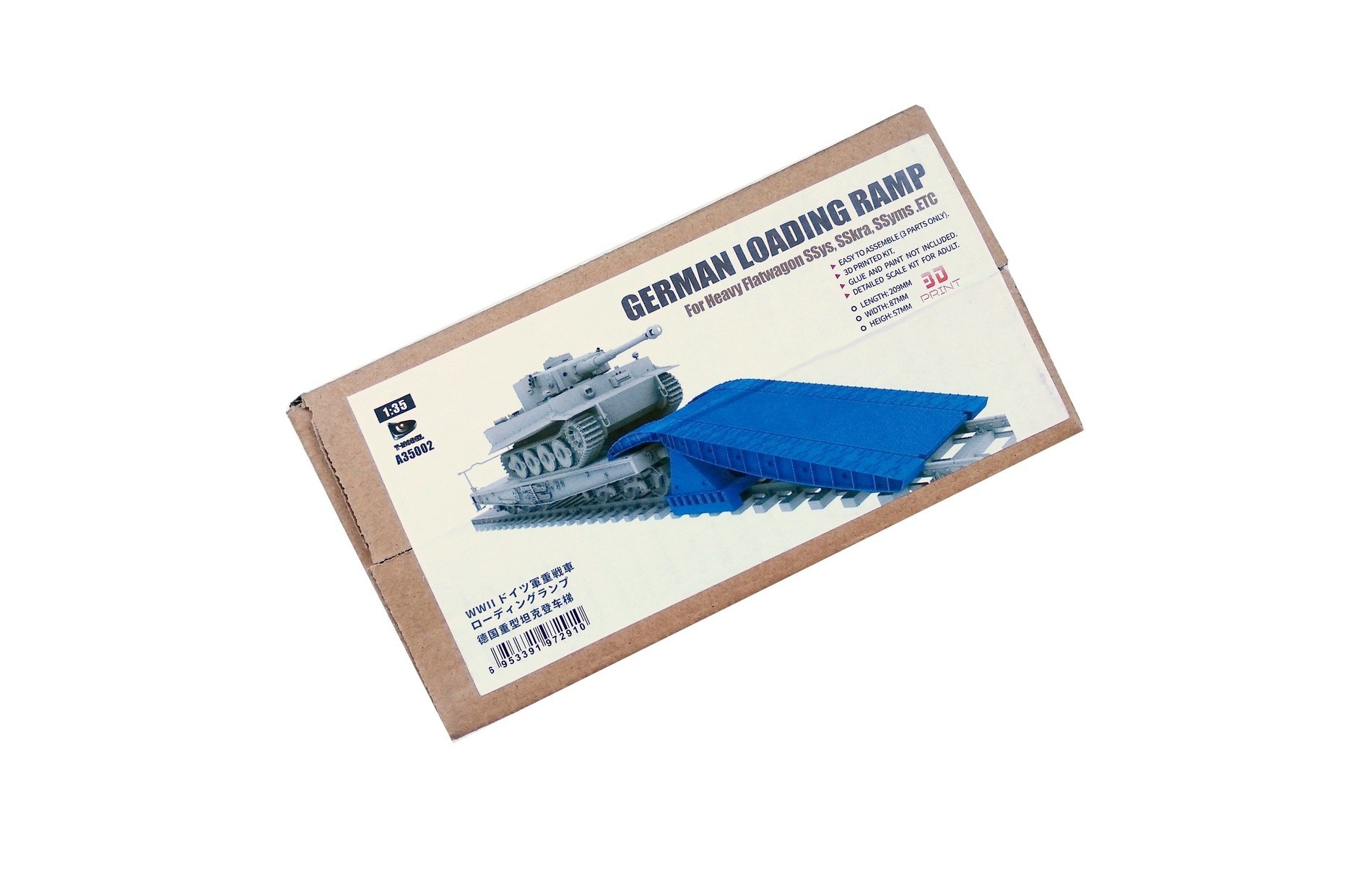 The kit comes on a hard cardboard box with a label sticked on top. The parts come inside padded with foam pellets to avoid damage.

It is a very simple model, with only 3 large parts that have been 3D printed: the triangular support and two ramp sections. 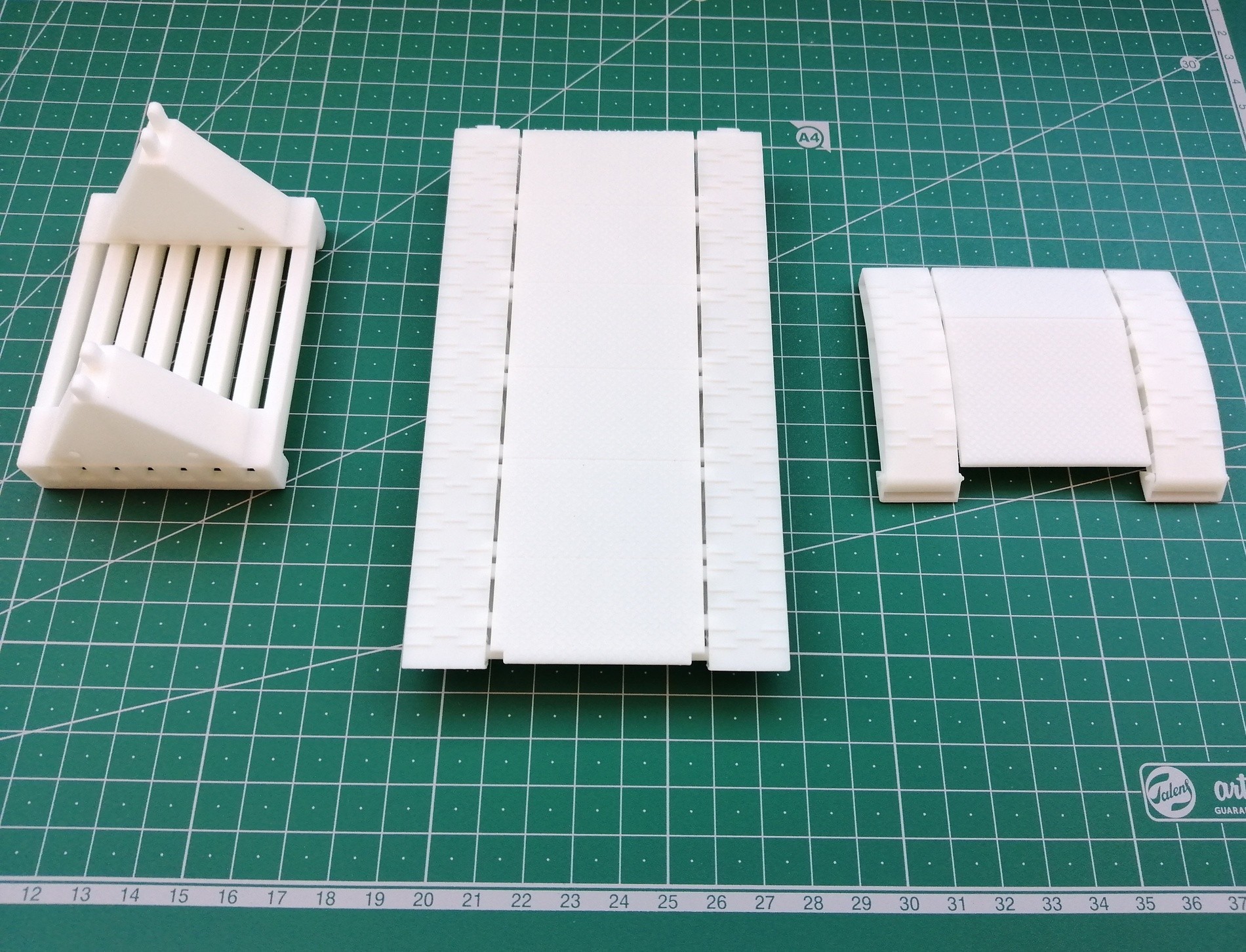 The detail is very good, crisp and well defined. The anti slip in ramps is nice, both in the center and sides and the cuts on the triangular support are clean. However, there are printing bands and rests of the printing trees on all parts. The rests of trees just need some work with the file and sanding to get rid of them. Bands are not very thick, but noticeable. They are easy to remove on the ramp base because the sides are flat, but on the ramps themselves, with the anti slip texture, it is not possible. Fortunately, a thick primer and subsequent paint will help to mitigate it. Additionally, most of the ramp would be covered by the tank. 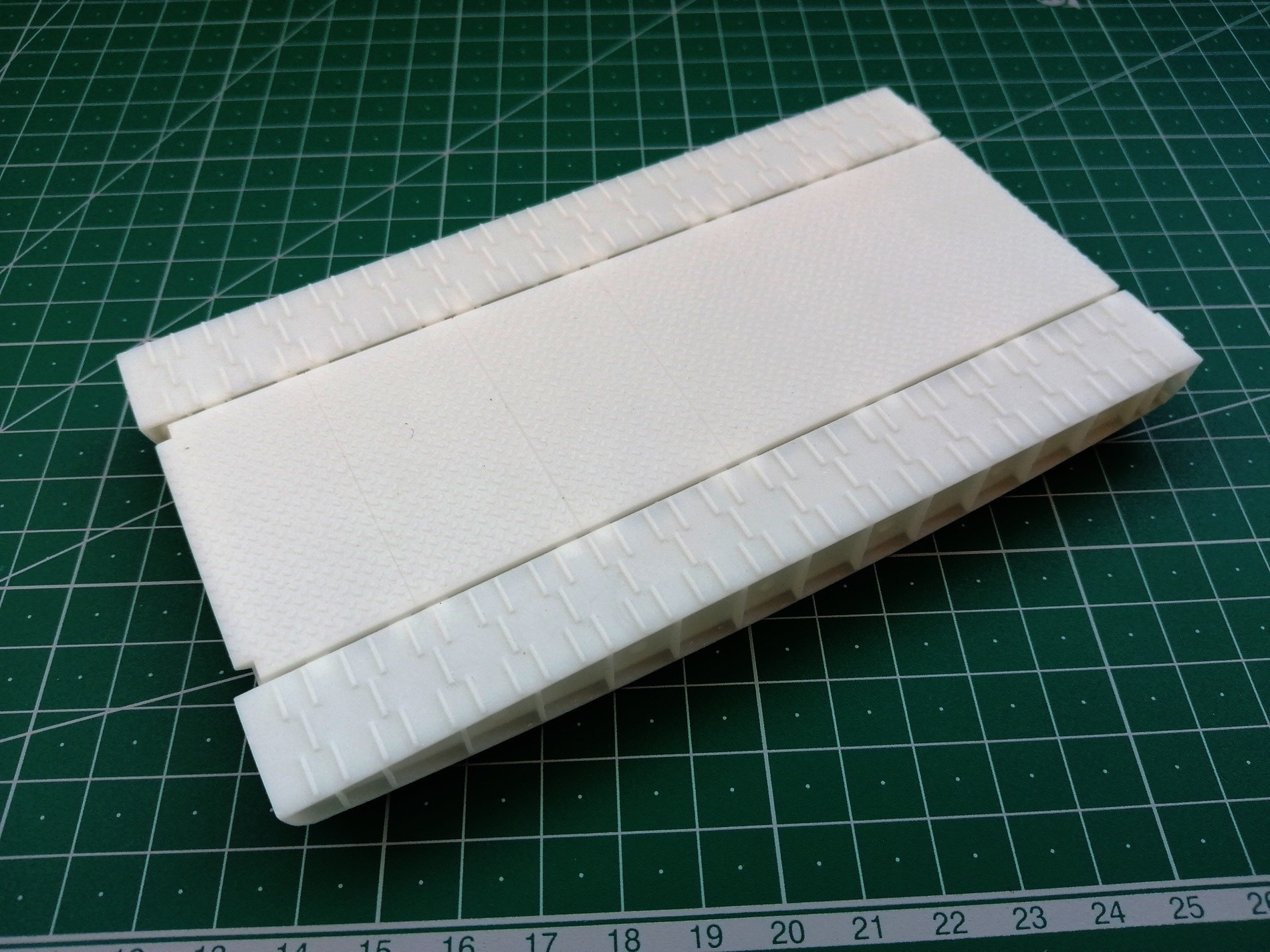 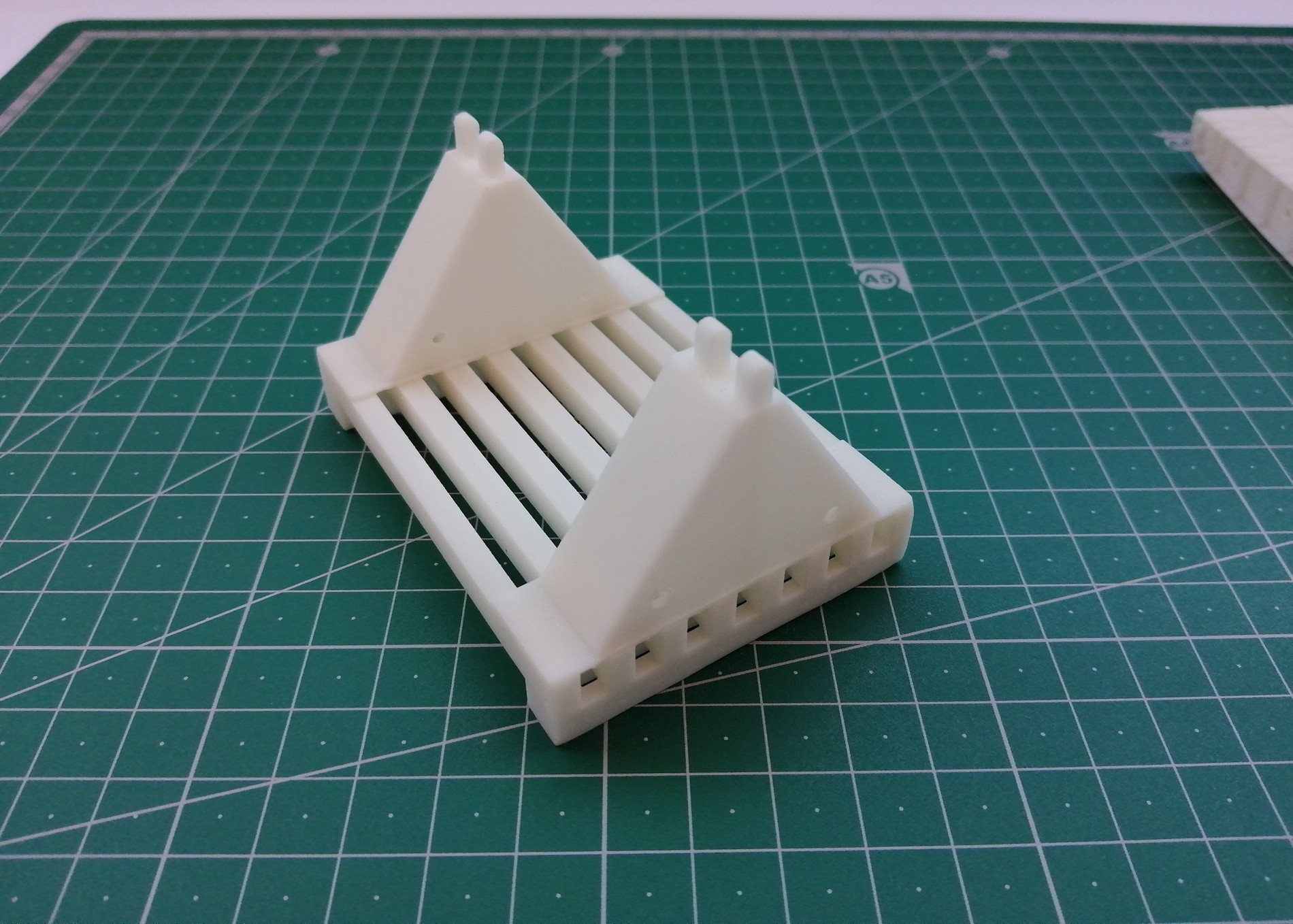 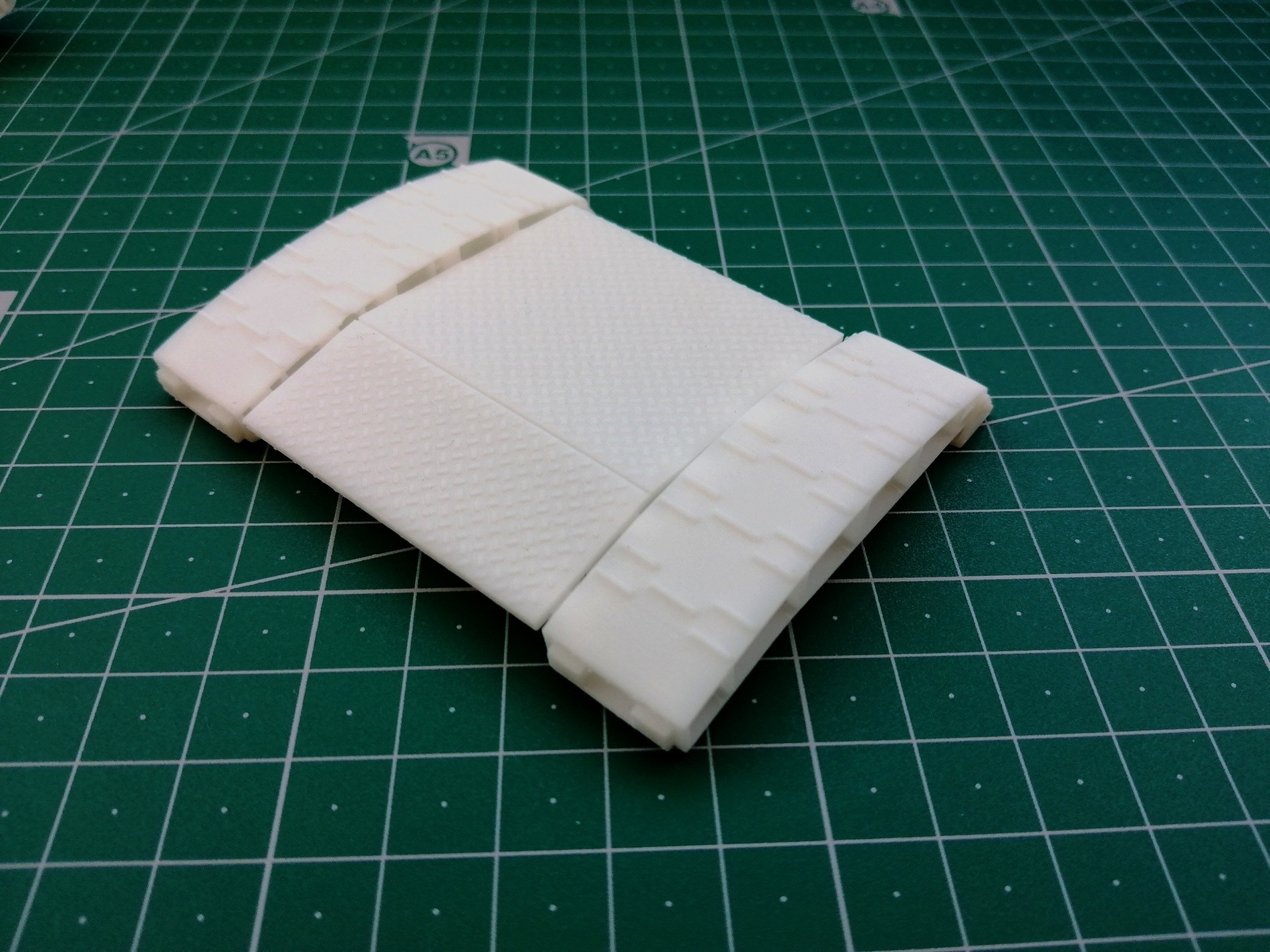 As you can imagine, assembling is easier than Lego Duplo. There are a couple of large pegs and inserting slots on each part. The fit is good, and before gluing it is recommendable to lean it on the flatcar (if used) to ensure the legs lay flat on it.

There is no problem painting the parts alone and then assembling the set. 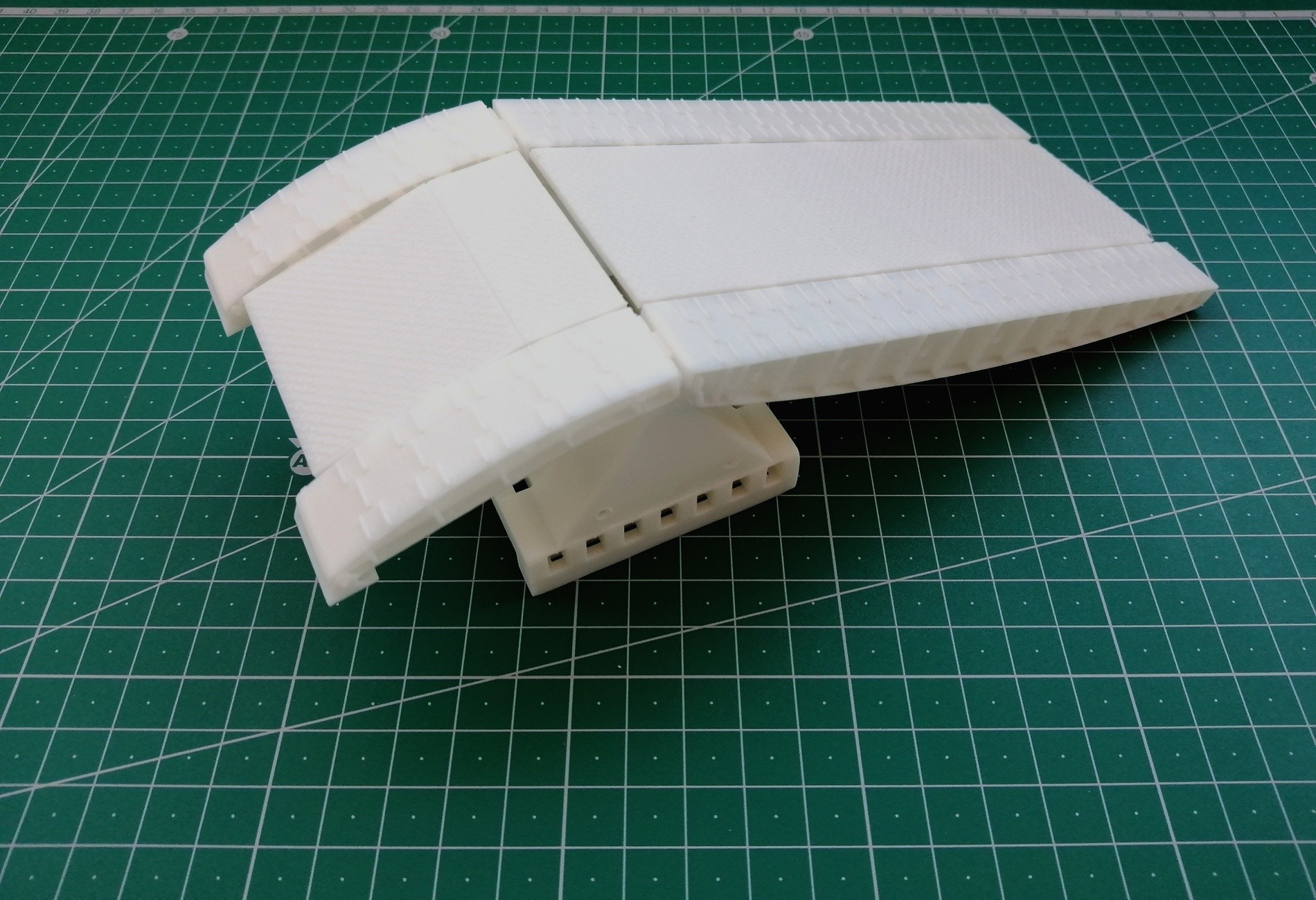 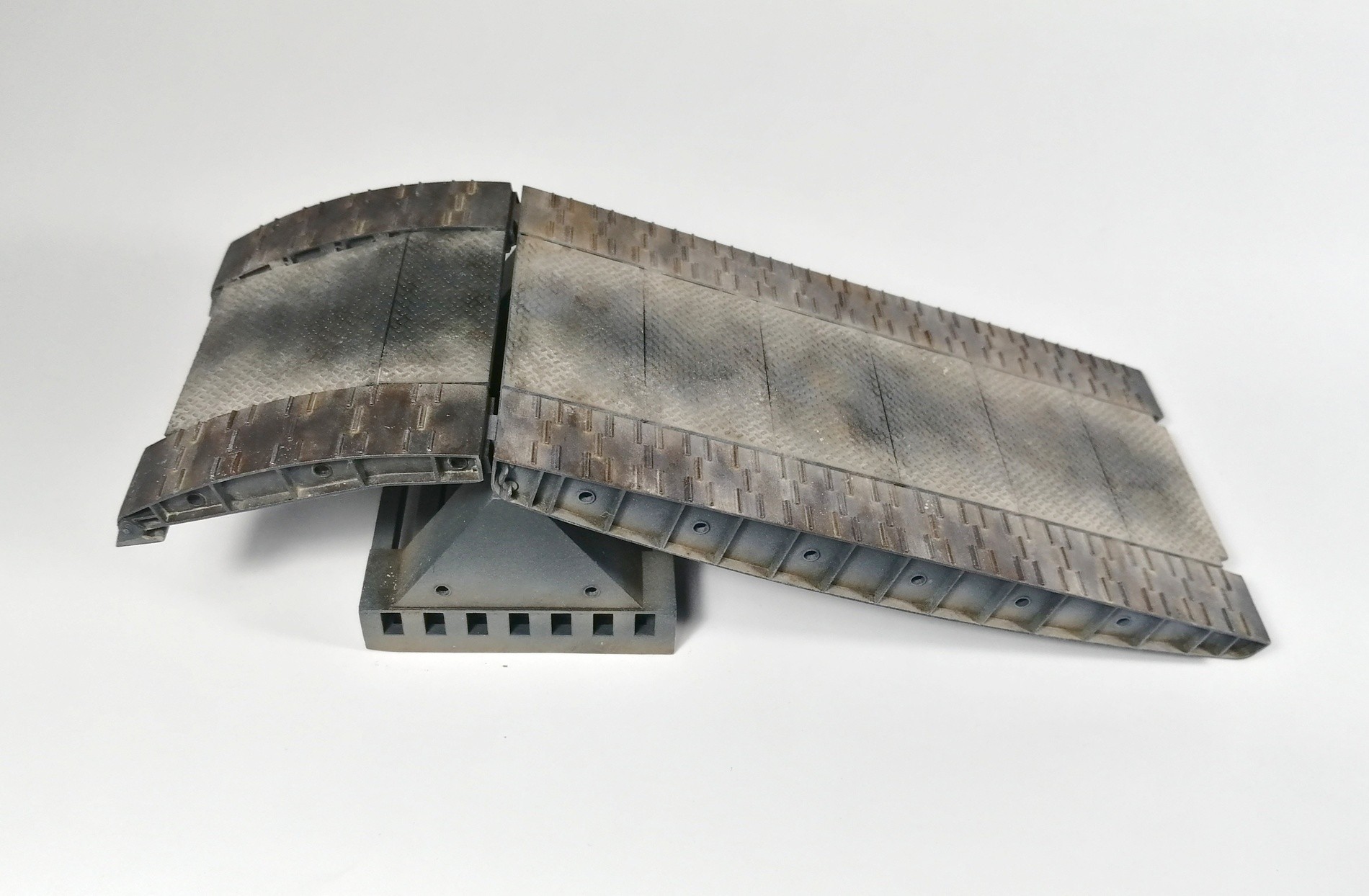 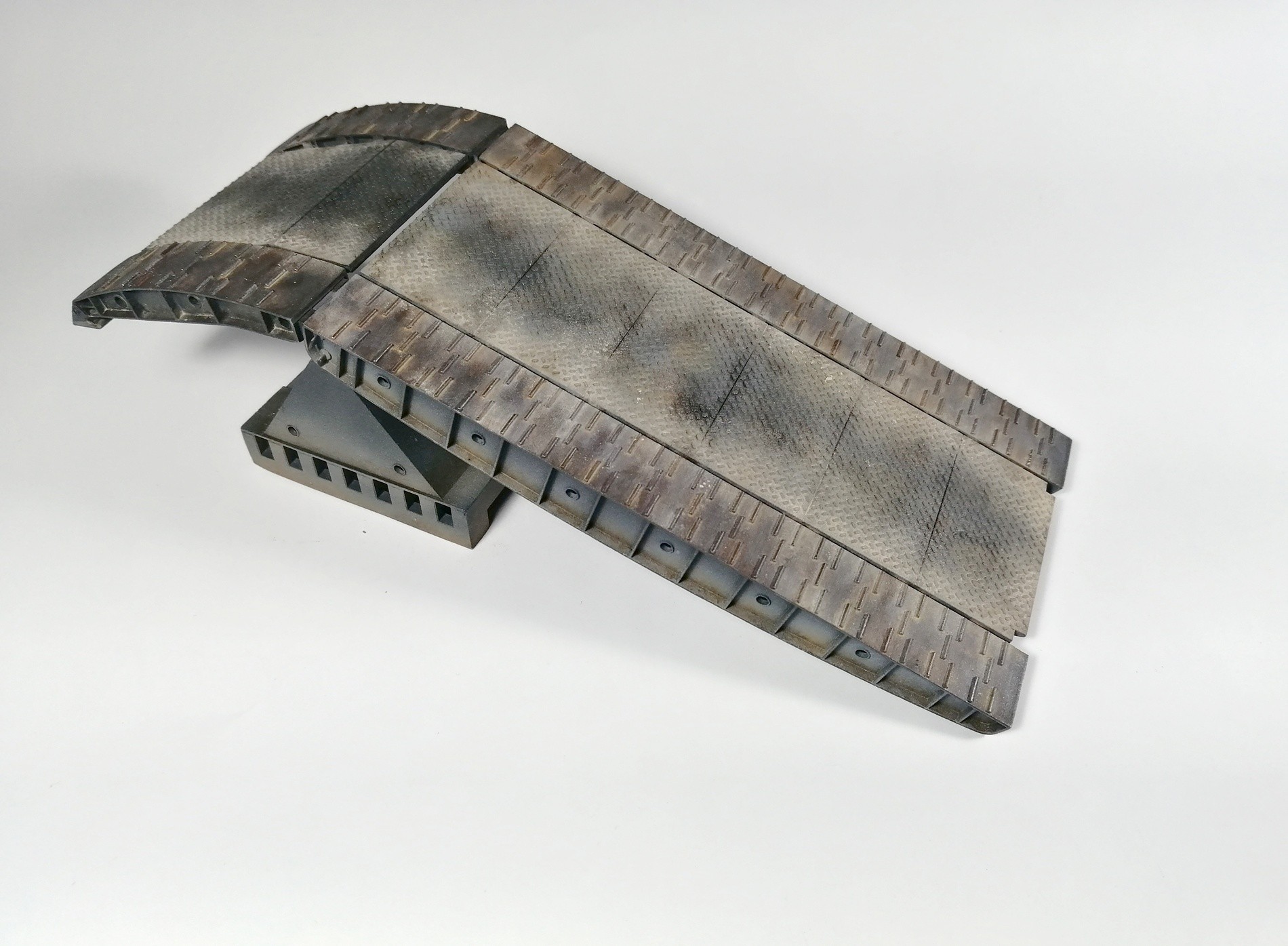 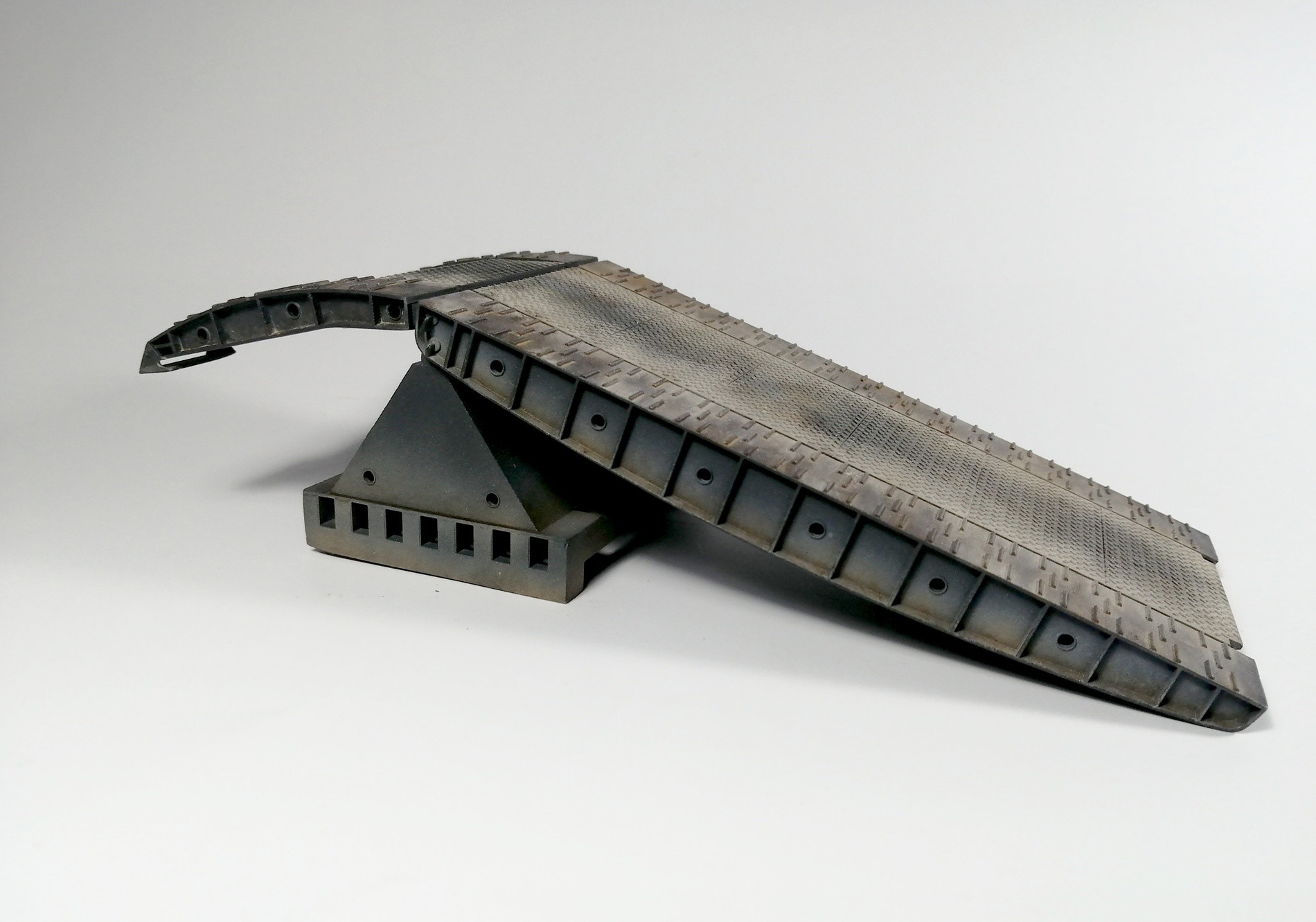 Given its size, it is possible to use the ramp straight away as a base for a tank model. 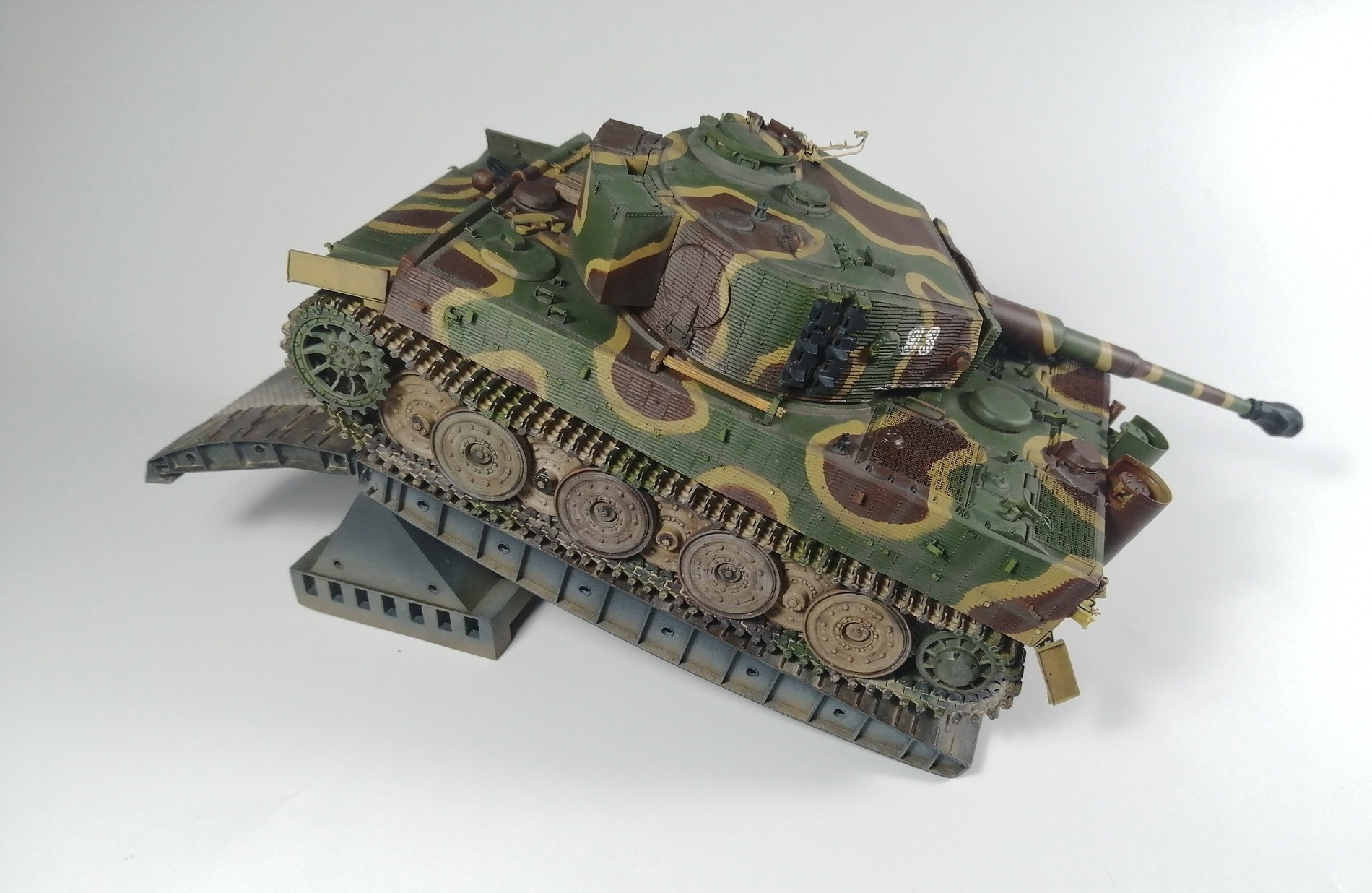 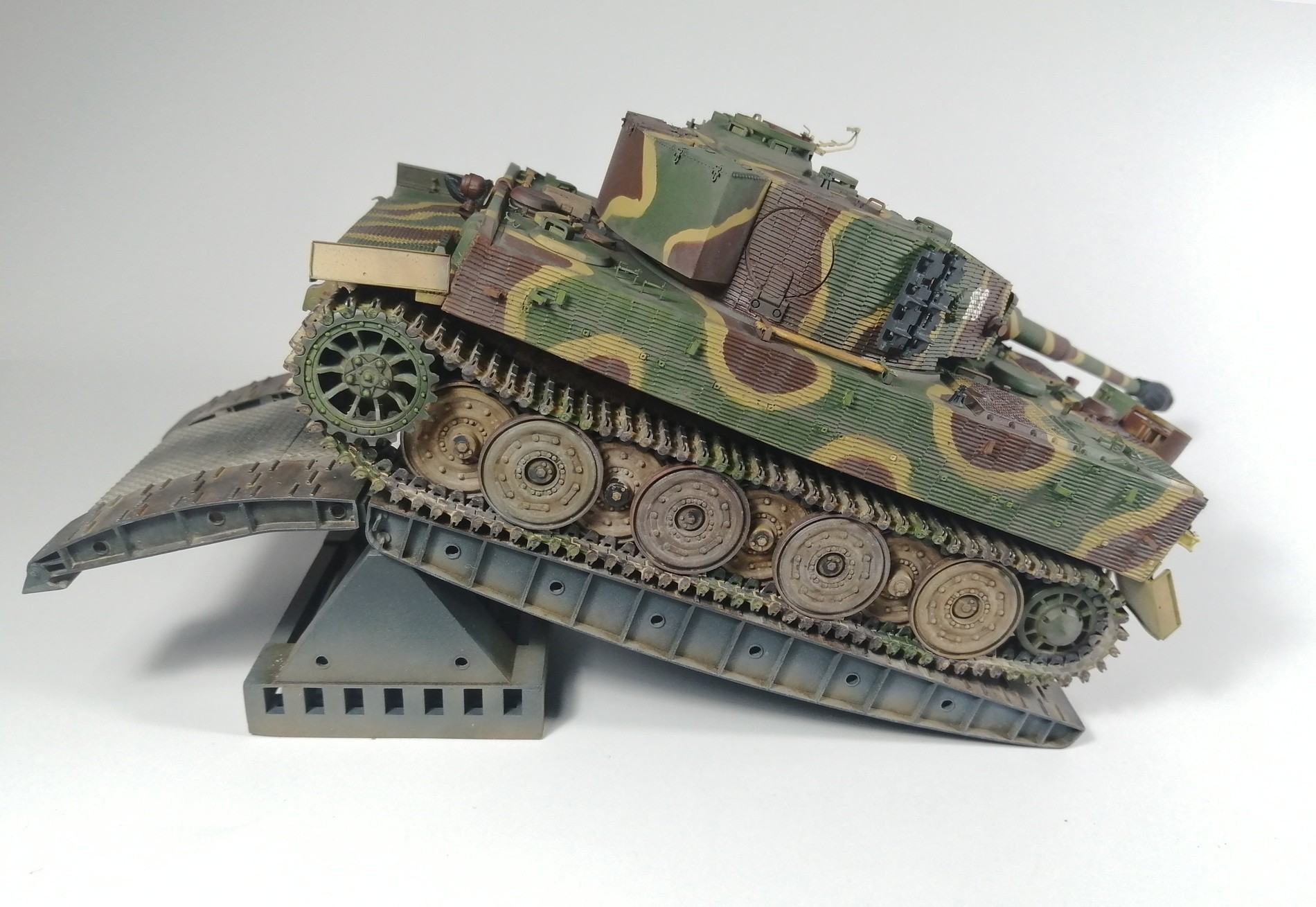 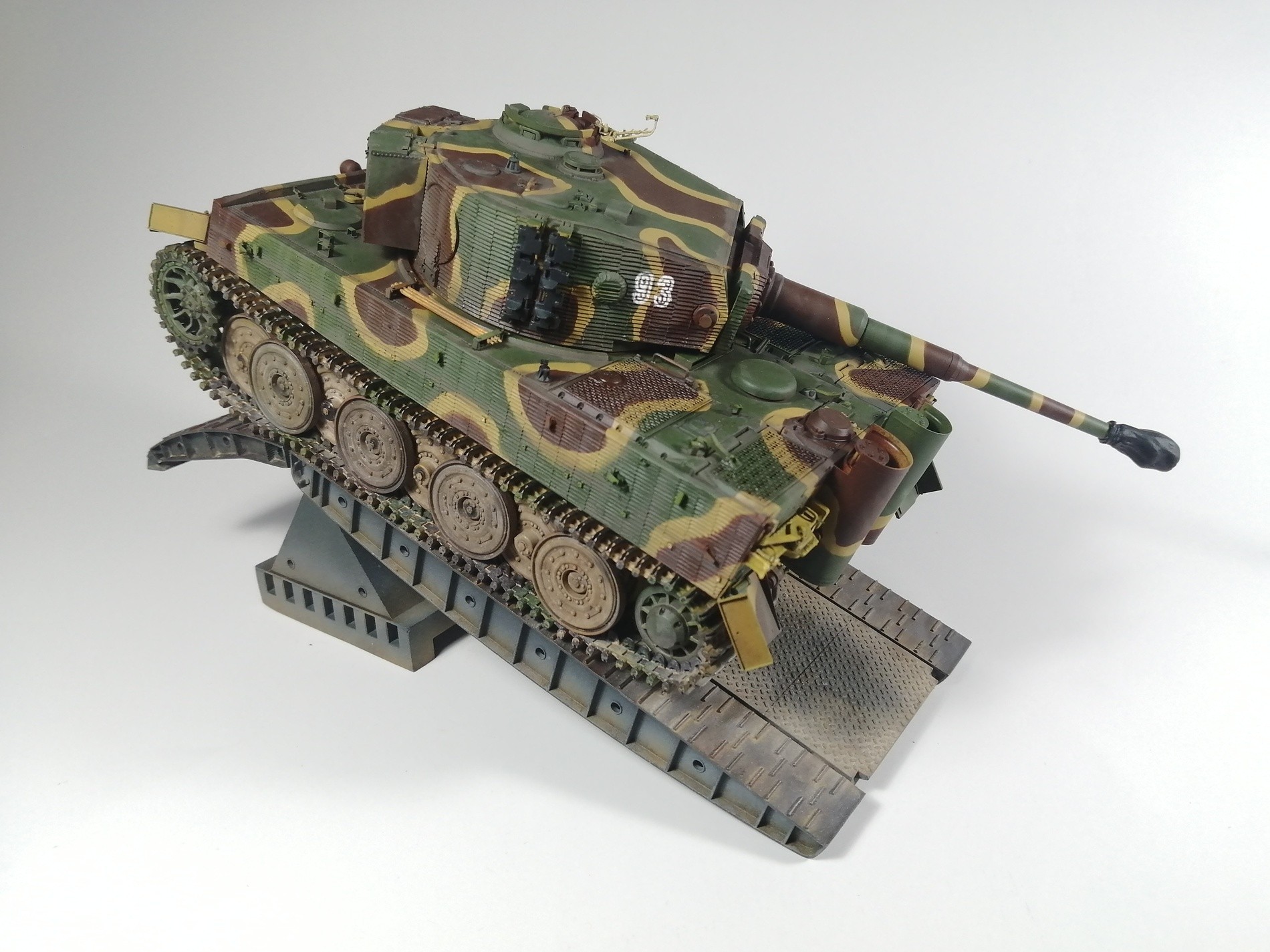 But it will look better performing its function together with a flatcar (this one shown here is a SSyms, also from T-Model) 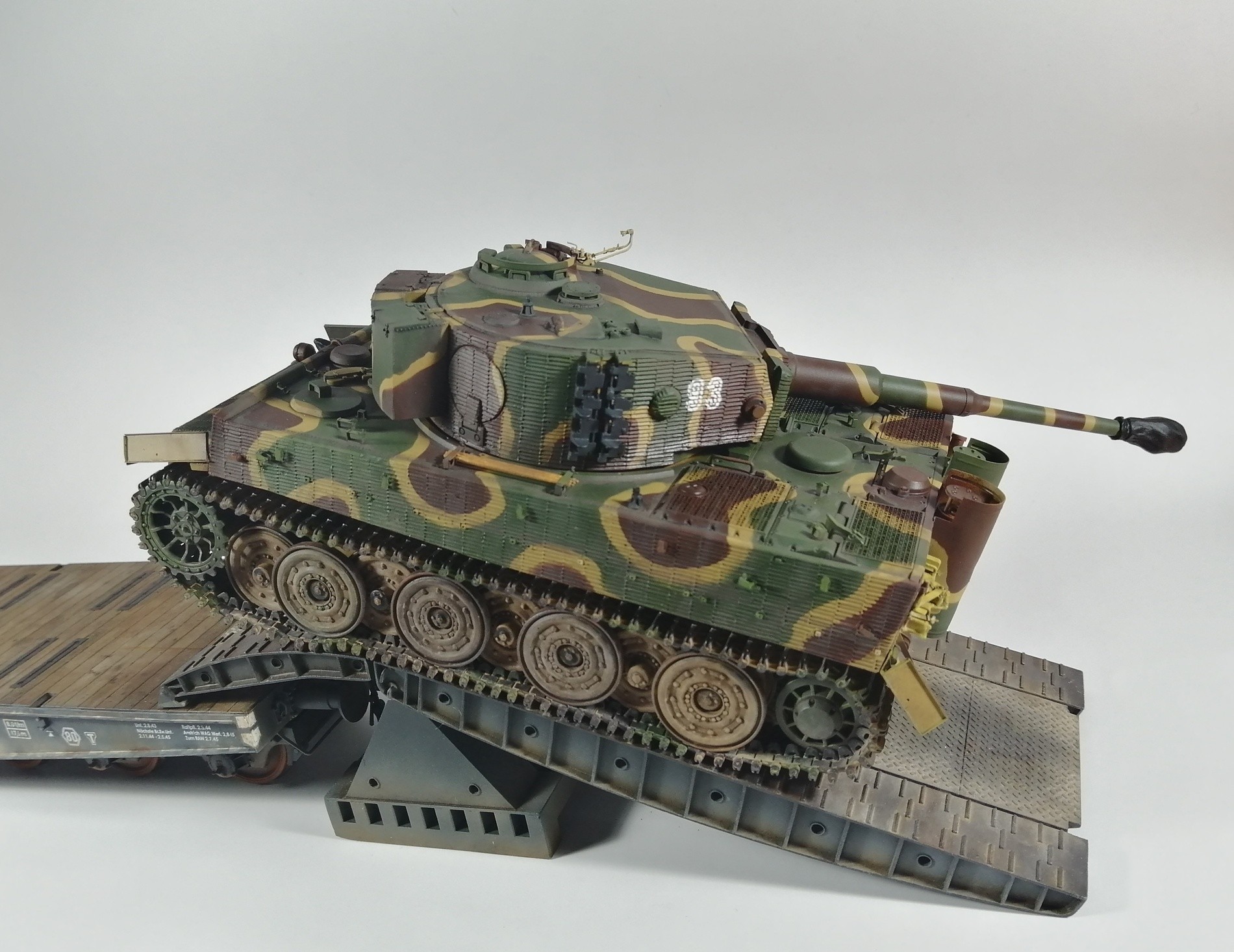 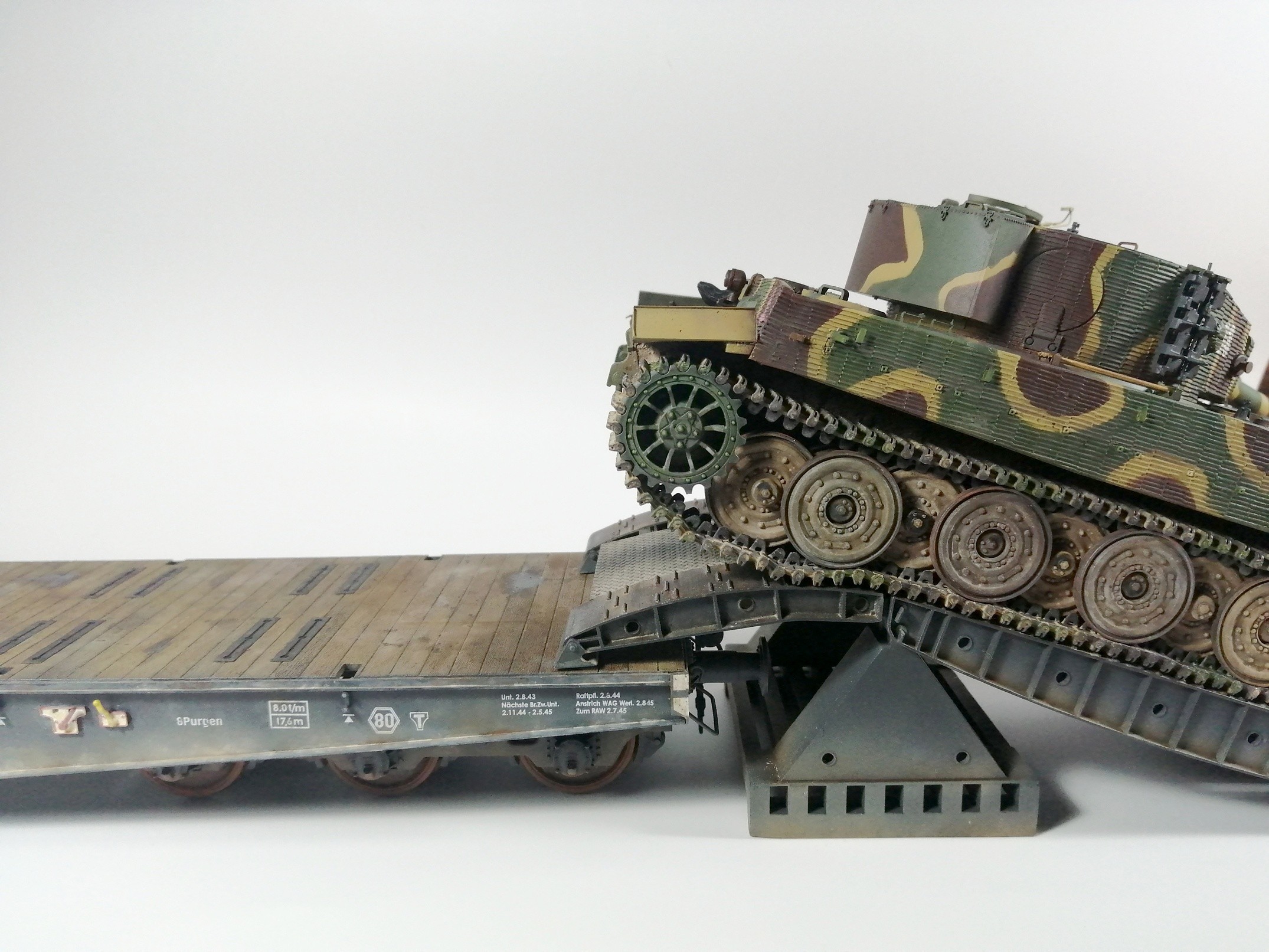 A simple and nice kit, despite some banding problems. It can be ready in one or two sessions of painting and used directly as a quick base for a tank. Or it can complement a flatcar to be part of a larger scene.

In any case, it provides an original equipment not seen often that will enrich a scene with minimal effort.