Darren Baker
Editor
posted on 2 weeks ago — updated on 2 weeks ago
569
views
Pen & Sword Books
Publications
Darren Baker takes a look at one of the latest offerings from Pen and Sword as part of their Land Craft series covering the Stryker Interim Combat Vehicle The Stryker and LAV III in US and Canadian Service, 1999–2020.

This offering from Pen and Sword as part of their Land Craft series and on this occasion looks at Stryker Interim Combat Vehicle The Stryker and LAV III in US and Canadian Service, 1999–2020. This book as with all of the titles in this series are I feel an attempt to offer the modeller a combination package covering both reference on the vehicles and a look at the models available to replicate the Stryker and LAV III as a scale model.

The following portion of the introduction is from the Pen and Sword website:

The Stryker interim combat vehicle was a stop-gap measure, designed to meet the needs of the United States to project its military force quickly by air into hotspots around the world. In 2003 it had its baptism of fire in Iraq and has since proved itself an integral part of the US’s warfighting capability and now, two decades into its service, the Stryker has been adapted to face the new threat of a resurgent Russia.

This volume in the Land Craft series of modelling guides examines the Stryker and LAV III in US, Canadian and New Zealand service. In addition to describing in detail the design, development and operational history of the Stryker and LAV III, David Grummitt gives a full account of the wide range of modelling kits and accessories available and features six builds covering the most important variants. Detailed colour profiles provide both reference and inspiration for modellers and military enthusiasts alike. 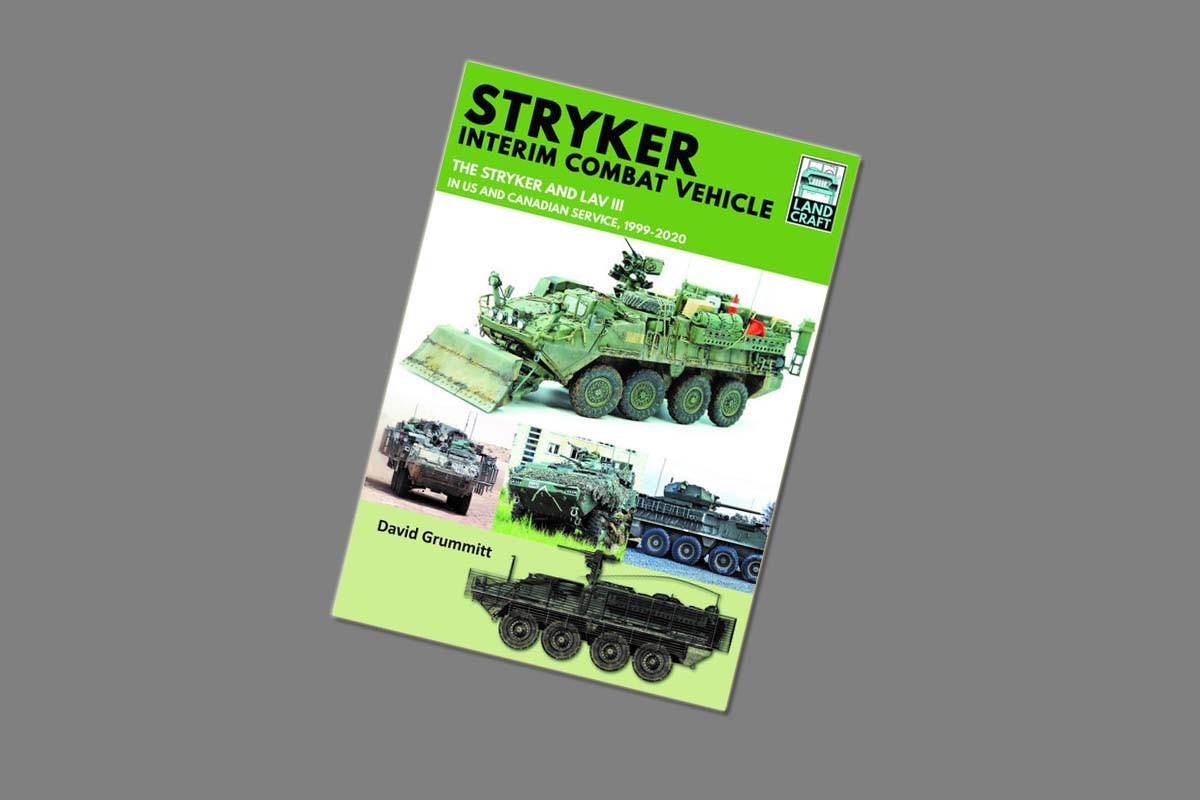 This offering from Pen and Sword is authored by David Grummitt; This is the first offering from David Grummitt in the Land Craft book Series, but he has authored two titles in the Tank Craft series all of which are presented in the same style. Modern armoured vehicle are it would seem David Grummitt’s main area of interest. This is a soft backed book with a good card cover protecting 64 pages of semi gloss paper. The contents of this title are laid out as follows:

Wheeled AFV’s in US Service

The Development of the Stryker

This offering from Pen and Sword looks at the Stryker and LAV III in US and Canadian Service. The Stryker and LAV III is represented in many guises has proven itself as a reliable vehicle both in peace time and war time, it is also in service with many countries around the world despite this title concentrating on America and Canada. The author has done a good job of providing written information on the vehicles and has even given us a look into the back history that eventually resulted in this vehicle family. The portions of the book covering specific vehicle types is I believe parts that all will find of interest.

What I think of as the modelling sections of the title starts with the camouflage and markings and this shows a number of Stryker and LAV III from the left aspect only. The colours used in these drawing are very good and should please all viewers if they take note of this aspect. A nice inclusion with these drawings are some of the badges used by the units that use the vehicles and there are a few photographs as well. The models covered here are basically just builds and while it show a fair amount of added detail it does not explain how to get there, but it does provide a phonograph of the actual vehicle type the model represents The models are as follows:

The models and aftermarket offerings are covered and show that there is an excellent selection of models out there and I am sure that AFV Club and Trumpeter released others. The short concise reviews of the models is a nice touch for helping to guide the modeller who is unsure of the direction to take. The aftermarket options are many and varied and I in no way expect anything like full coverage of the items available, but you do get a good opening to get a taste of what is out there.

This offering from Pen and Sword as part of their Land Craft book series looking at the Stryker Interim Combat Vehicle The Stryker and LAV III in US and Canadian Service, 1999–2020 is a great new addition to the Land Craft series of books and I am sure this will be a sought after title. I tried to pick fault with the title as that is what you look for as a reviewer and I can only say that I like how the author tackled his subject in this release and providing a lot in a little space. This is a nice stand alone offering or a great series depending on where you stand.