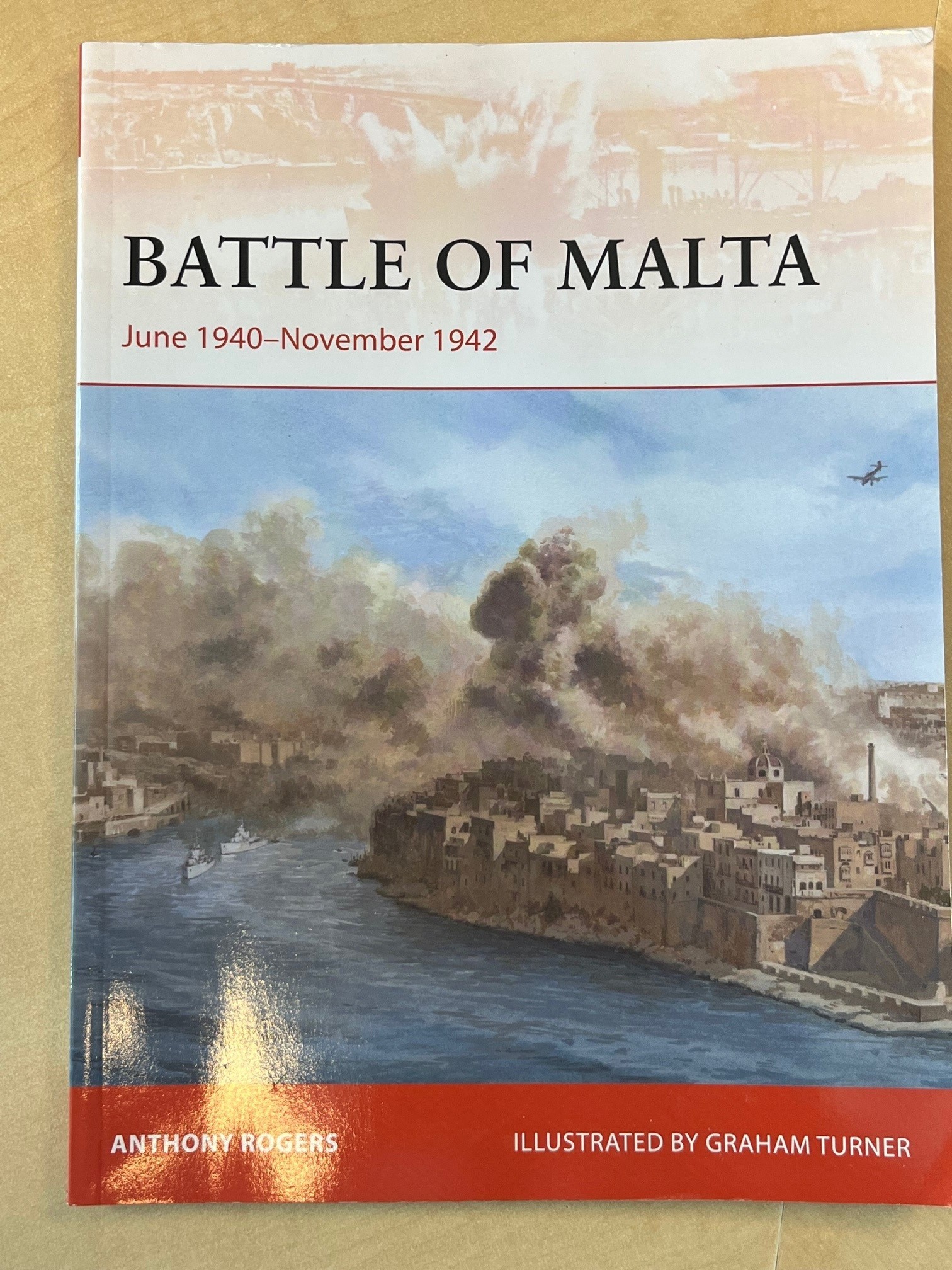 A good read on a little known battle that was pivotal to the war effort in North Africa.

A detailed exploration of the land, sea and air units that defended Malta, and the repeated Axis attempts to bring the crucial Allied island fortress to its knees.

On 11 June 1940,the British crown colony of Malta - which dominated the central Mediterranean and all-important sea routes to and from North Africa - was bombed for the first time by aircraft of the Italian Regia Aeronautica. The Italians were joined in their efforts by the German Luftwaffe in January 1941. Malta was effectively beleaguered for nearly two and a half years, dependent for survival on naval supply convoys and reliant for defence on often-outnumbered fighter aircraft and anti-aircraft guns.

Anthony Rogers provides a retelling of these events, drawing on accounts from both sides. This work features carefully selected photographic images, some previously unpublished. Seven specially commissioned colour maps explore the strategic situation in the Mediterranean in this period, the military sectors into which Malta's defence was divided, and German mine-laying operations around the island. The three stunning battle scene artworks and 3D BEVs show key events from the battle, including the 26 July 1941 German attack on the Grand Harbour,and the major Luftwaffe raid 21 March 1942.

Page 96, with maps, a table detailing the Malta garrison,illustrations, and period photographs and current images.

Contents include a chronology, opposing commanders, opposing forces, opposing plans, the battle, summary, the battlefield today, then wraps up with acronyms and abbreviations, bibliography, and finally the index.

The introduction at one page gives a good history of the islands going back to Roman times, 2 centuries BC, and the number to times Malta has changed hands since.

A very well written, if somewhat concise, account of the battle of Malta from June 1940 to November 1942; the narrative moves along at a brisk pace as one would expect when recounting a battle over 29 months in 96 pages.

I particularly liked how the author kept to the story, so to speak, without going off on tangents; the narrative being well balanced, not written with the benefit of hindsight or bias, with no emphasis given to either side. Further, there is no focus on any one facet of the battle, with the air-war, surface and sub-surface, and land battle all being looked at with a keen analysis. A highlight was the U-boot and S-boot section, and the battlefield today – it is possible, if one is so inclined, to examine the battlefield today and reference this book to give it some context.

The text is well supported, and supplemented, with illustrations showing the various aspects of the battle, whether that is the gun pits of anti-aircraft guns, or the fortification; the maps are plentiful and convey relevant information clearly. 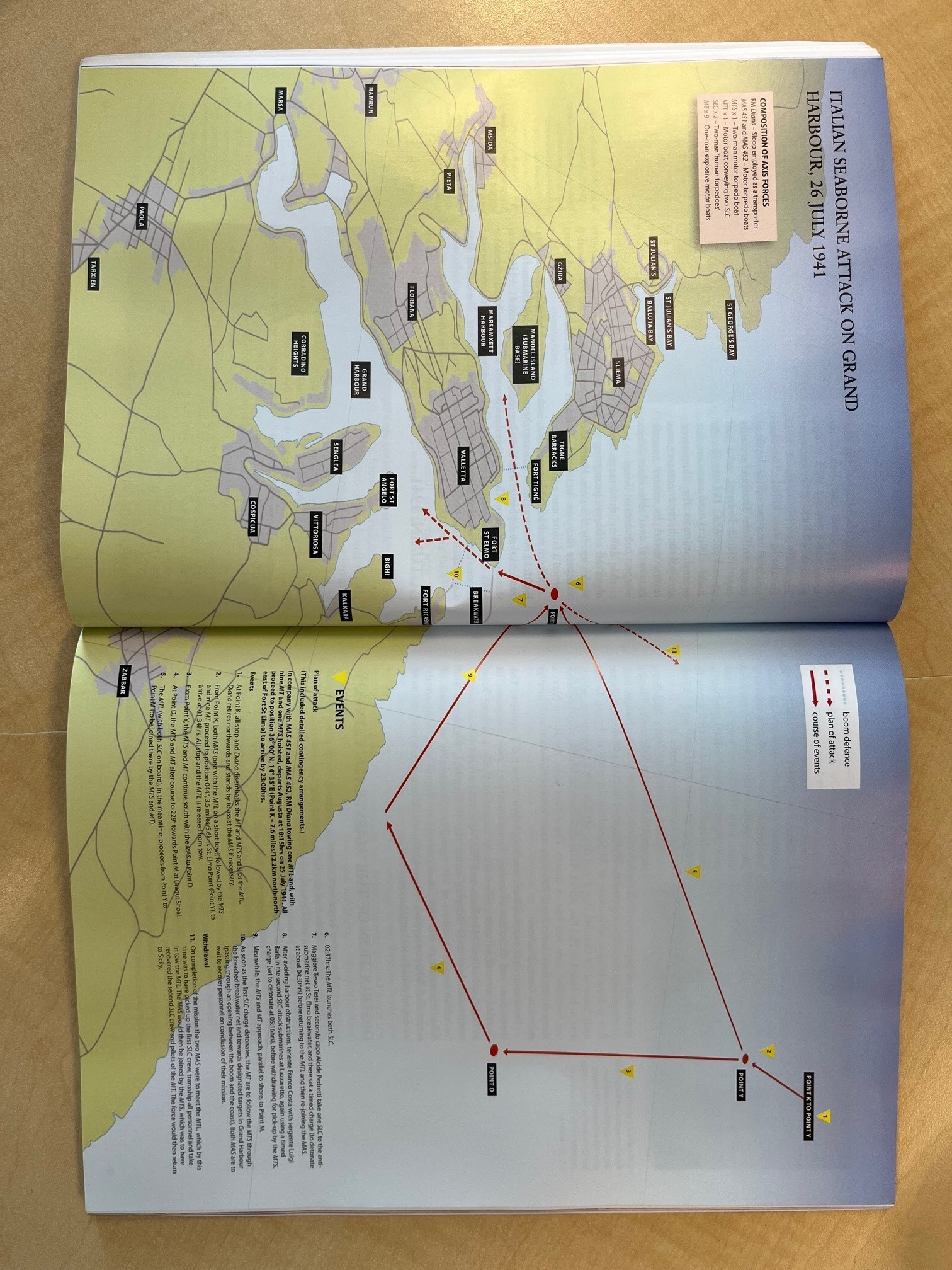 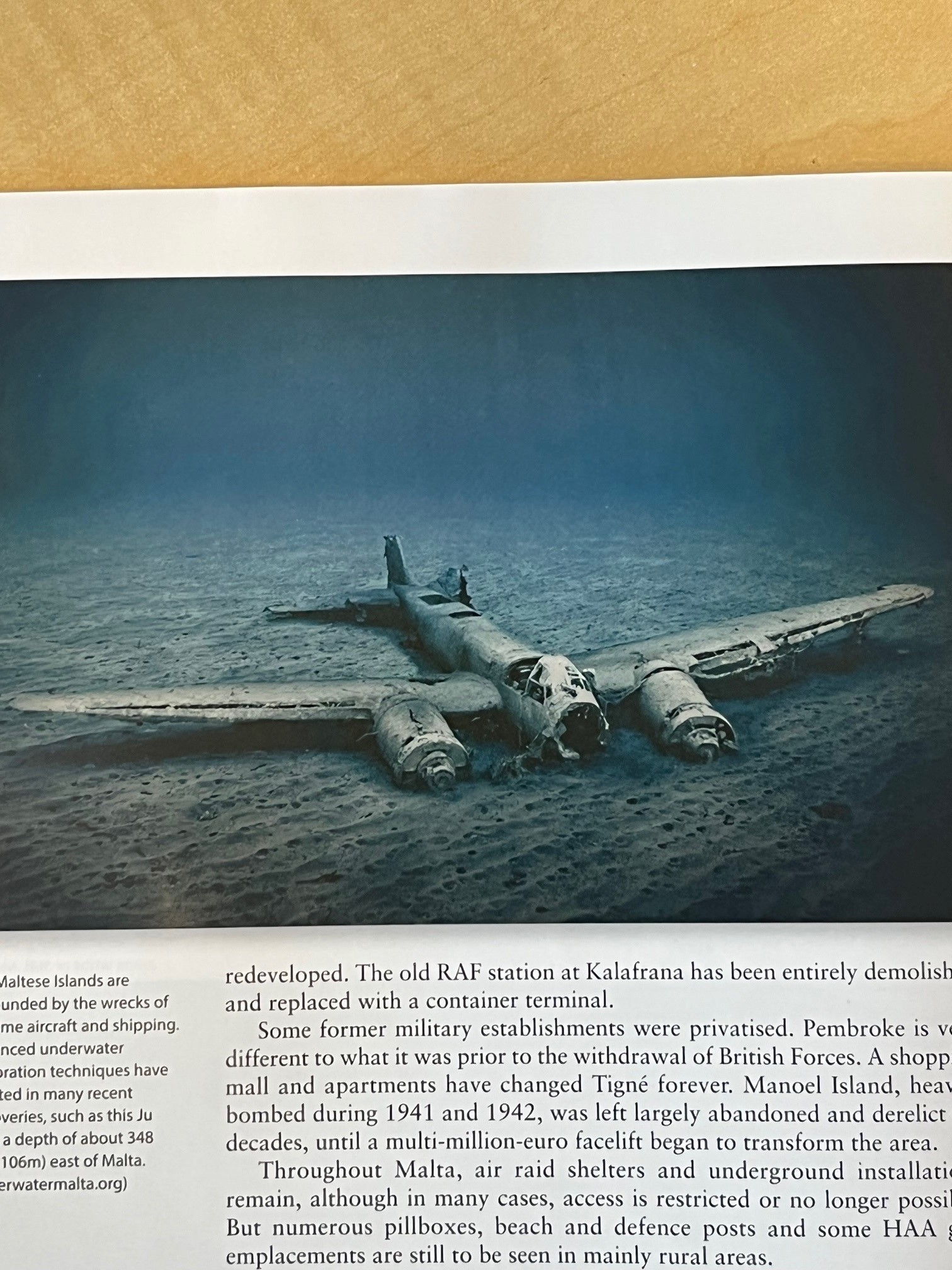 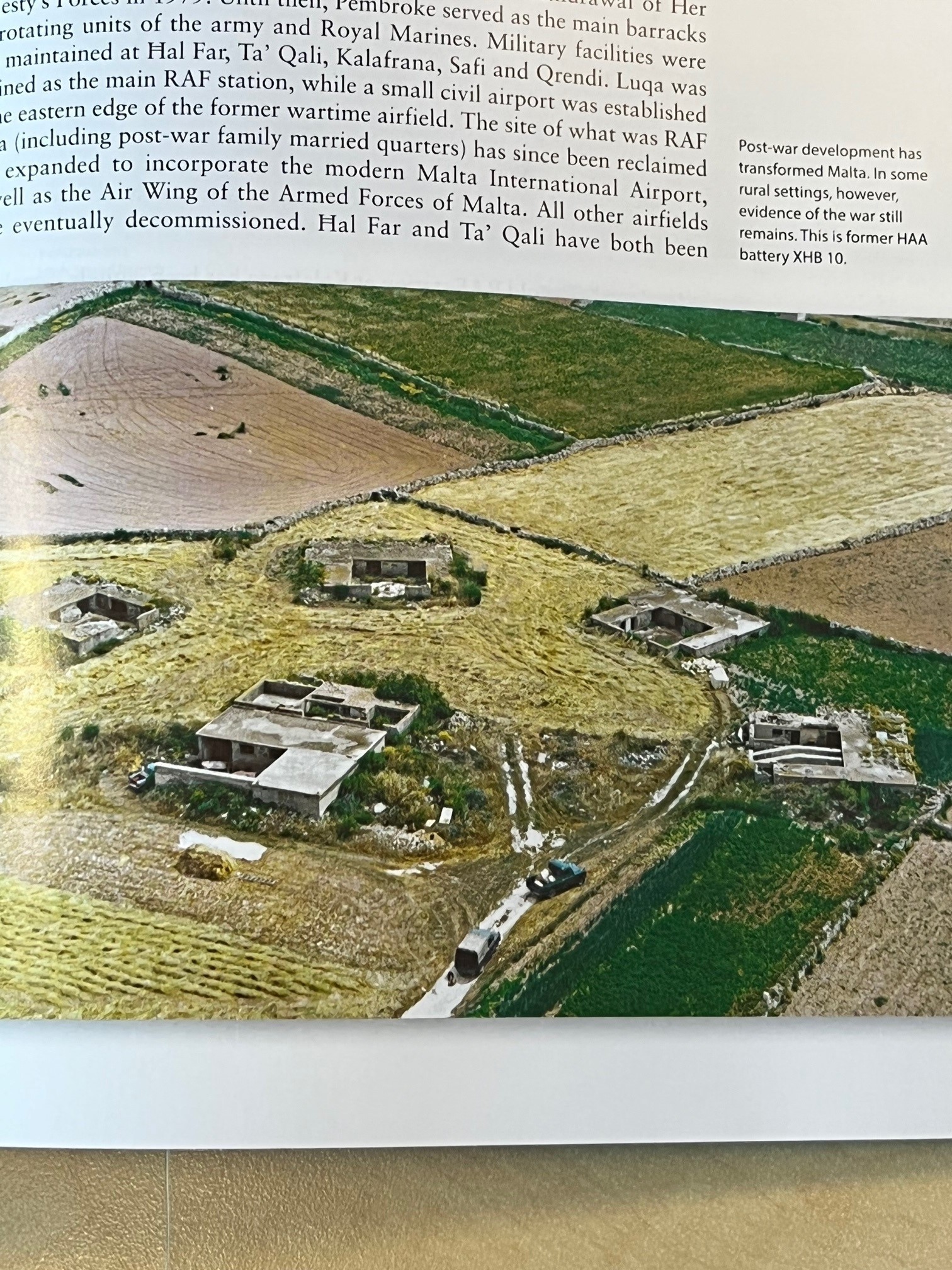 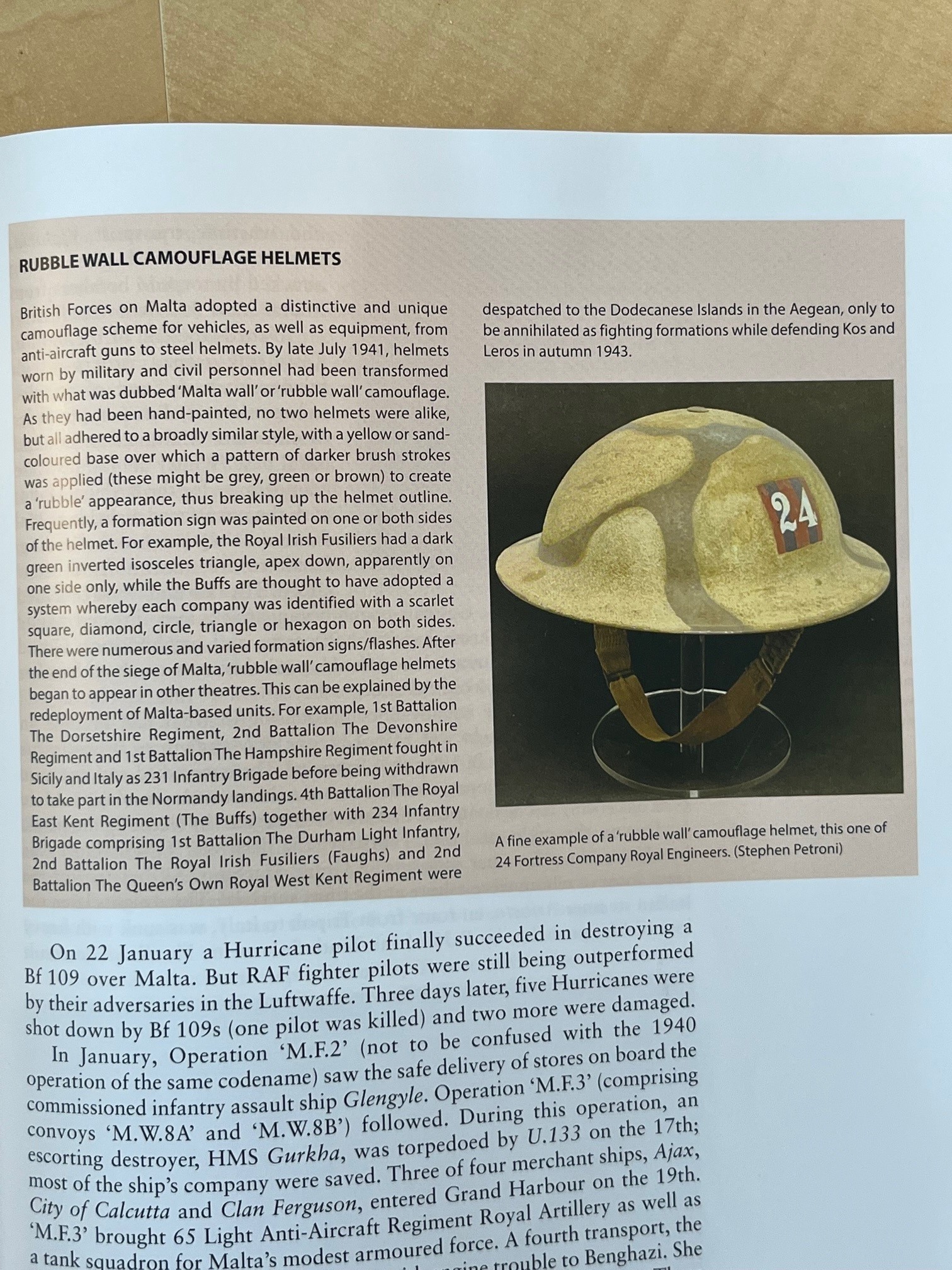