varanusk
Editor
posted on 2 weeks ago
1,162
views
A review of the most recent Panzerwrecks volume, the 24th in the series. 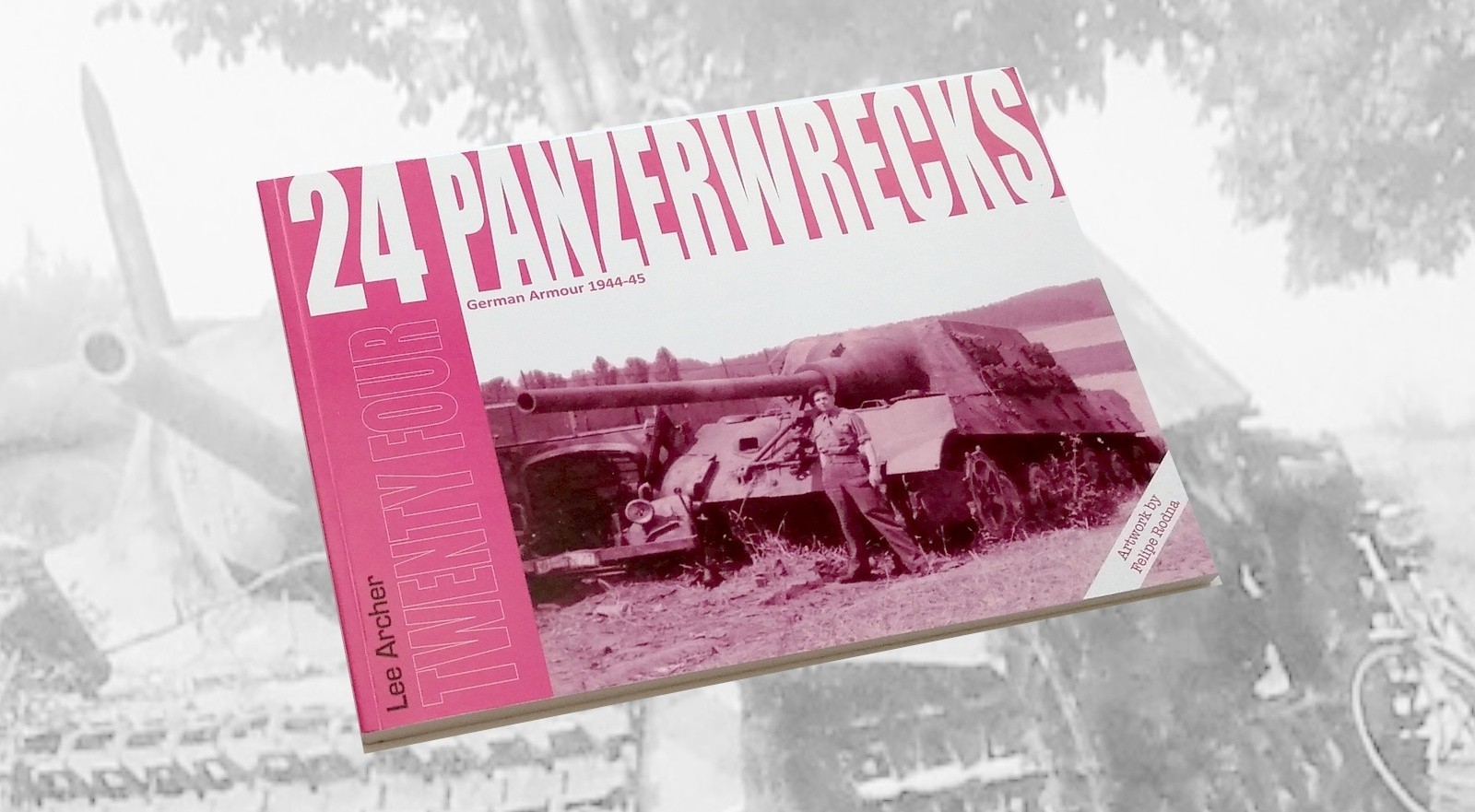 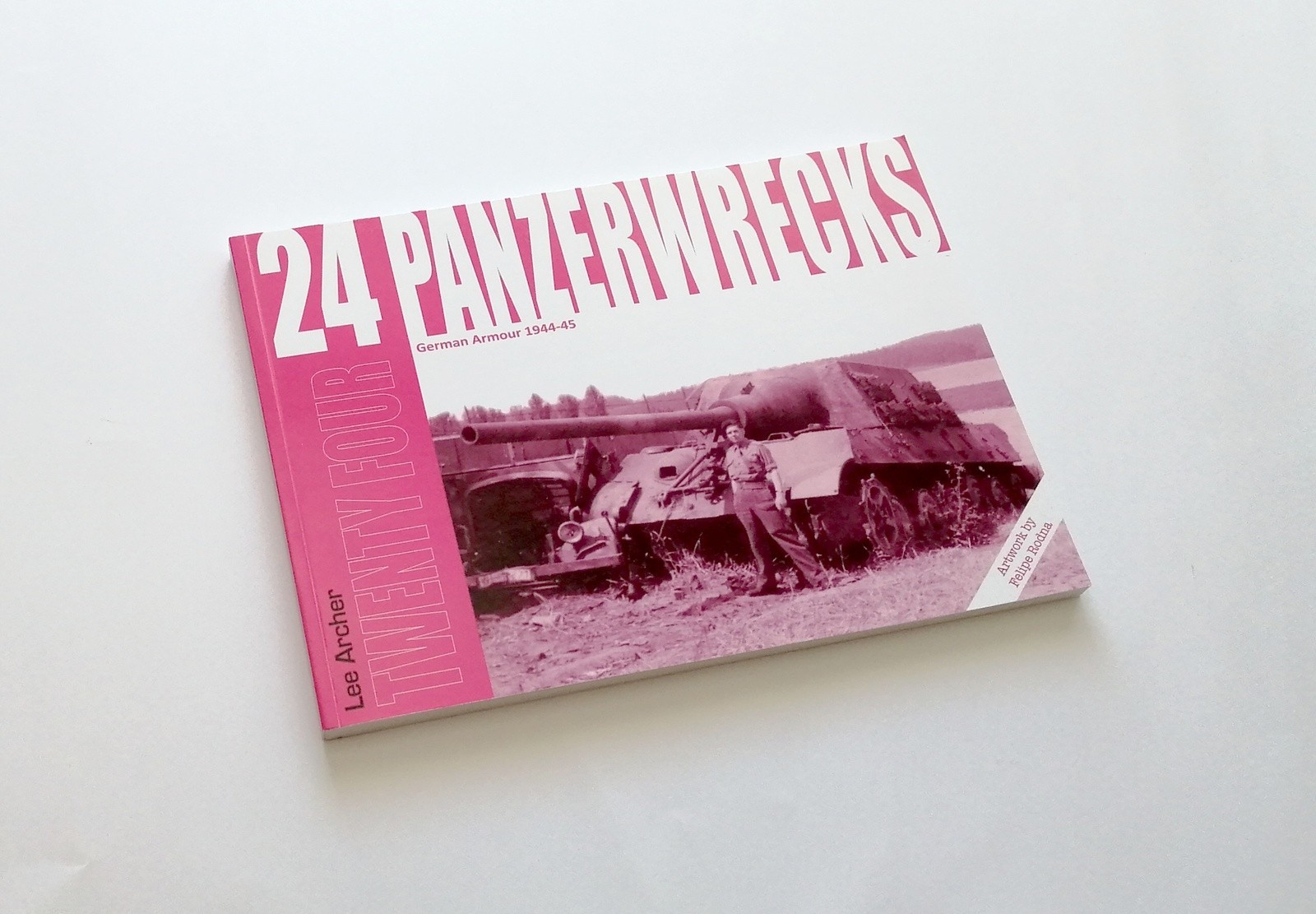 There is no doubt that Panzerwrecks series has become one of the most renowned publications on its field. The quality of the photos and printing, and the precise and detailed captions are well known. This most recent volume is no exception, let's see it in detail. 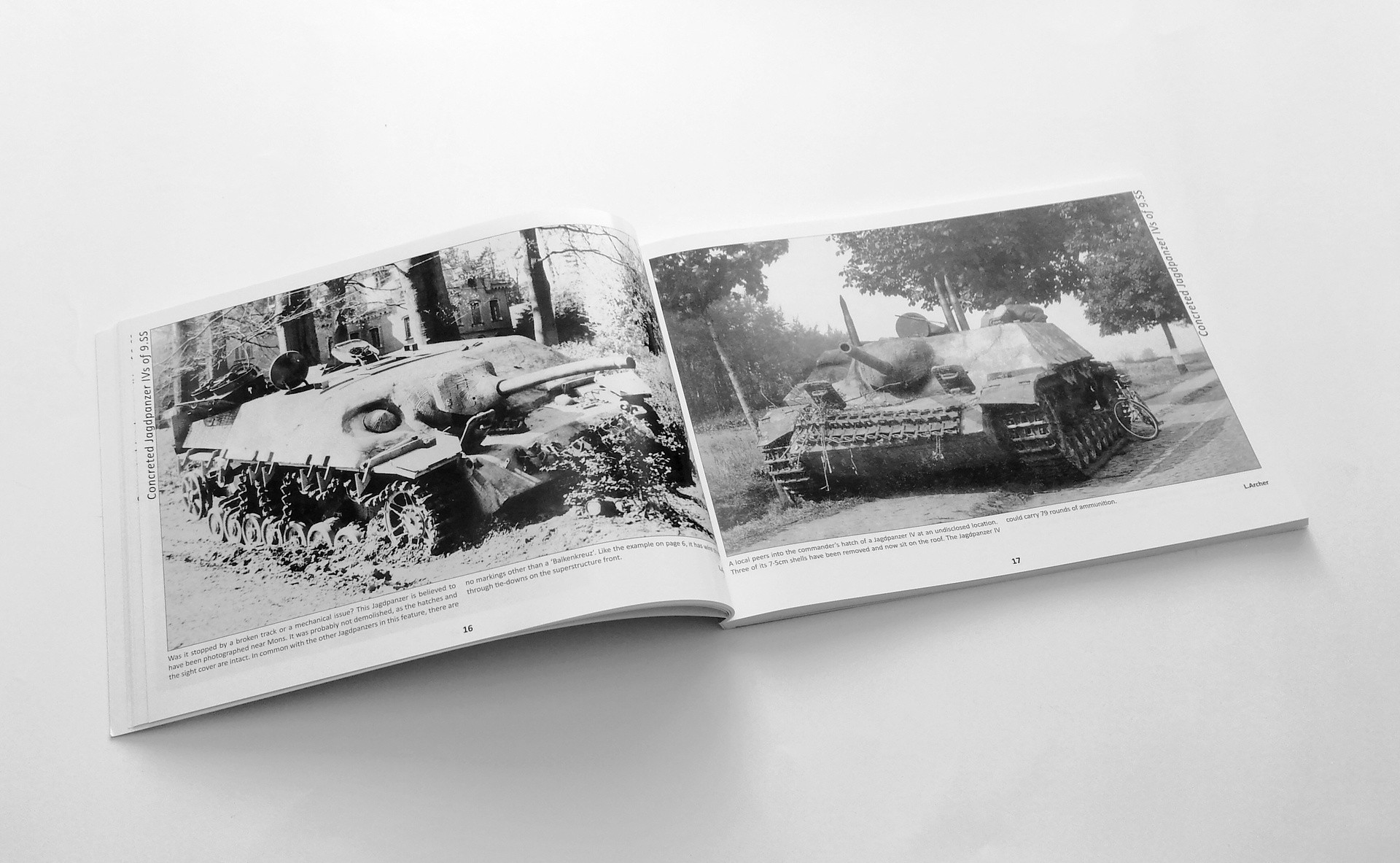 Lee Archer is again behind the photo selection and texts, and the book keeps its traditional format, a softcover A4 landscape volume printed on gloss paper. It has 128 pages full of photos, except for seven beautiful illustrations. In fact, even the inside of the backcover, printed on a thicker paper, is used to include a photo like any other page. The index of vehicles, locations and units is printed on a separated page, not part of the book. This index is very useful to locate a vehicle within the book, as there is no apparent order in the photos other than grouping series. 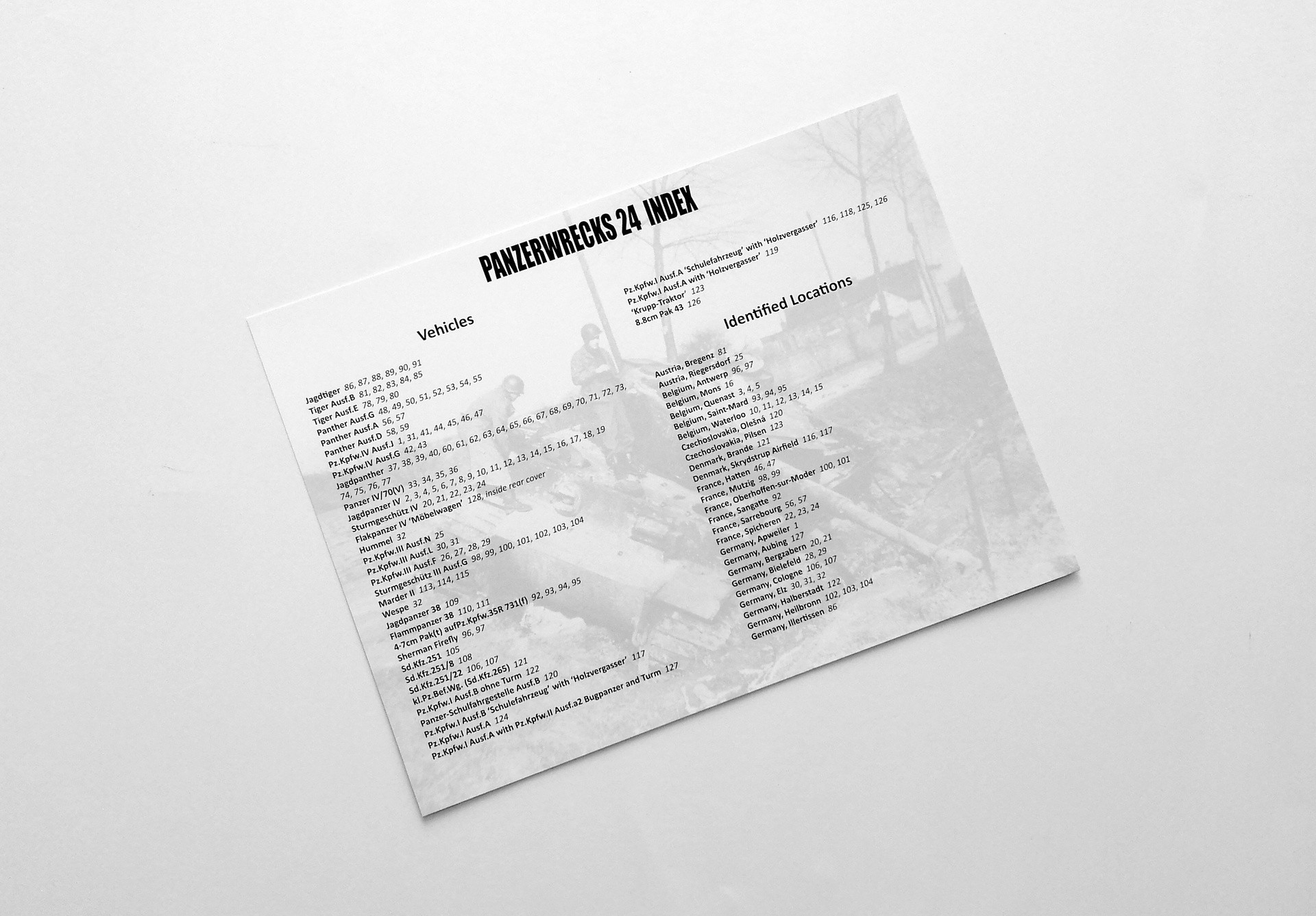 The subject of this 24th volume is German Armour 1944-1945, and therefore features photos of German armoured vehicles in the last year and a half of the war, located in Belgium, Czechoslovakia, Denmark, France and of course, Germany.

There is a large variety of vehicles (over 30), including Tiger, Panther, Jagdpanther, Marder II, Jagdpanzer IV, Wespe, Pz. Kpfw. I and many more. As usual on this series (and hence its name), all vehicles are out of service. Some have been destroyed either by enemy fire or to prevent capture, while others are simply abandoned and in much better shape. 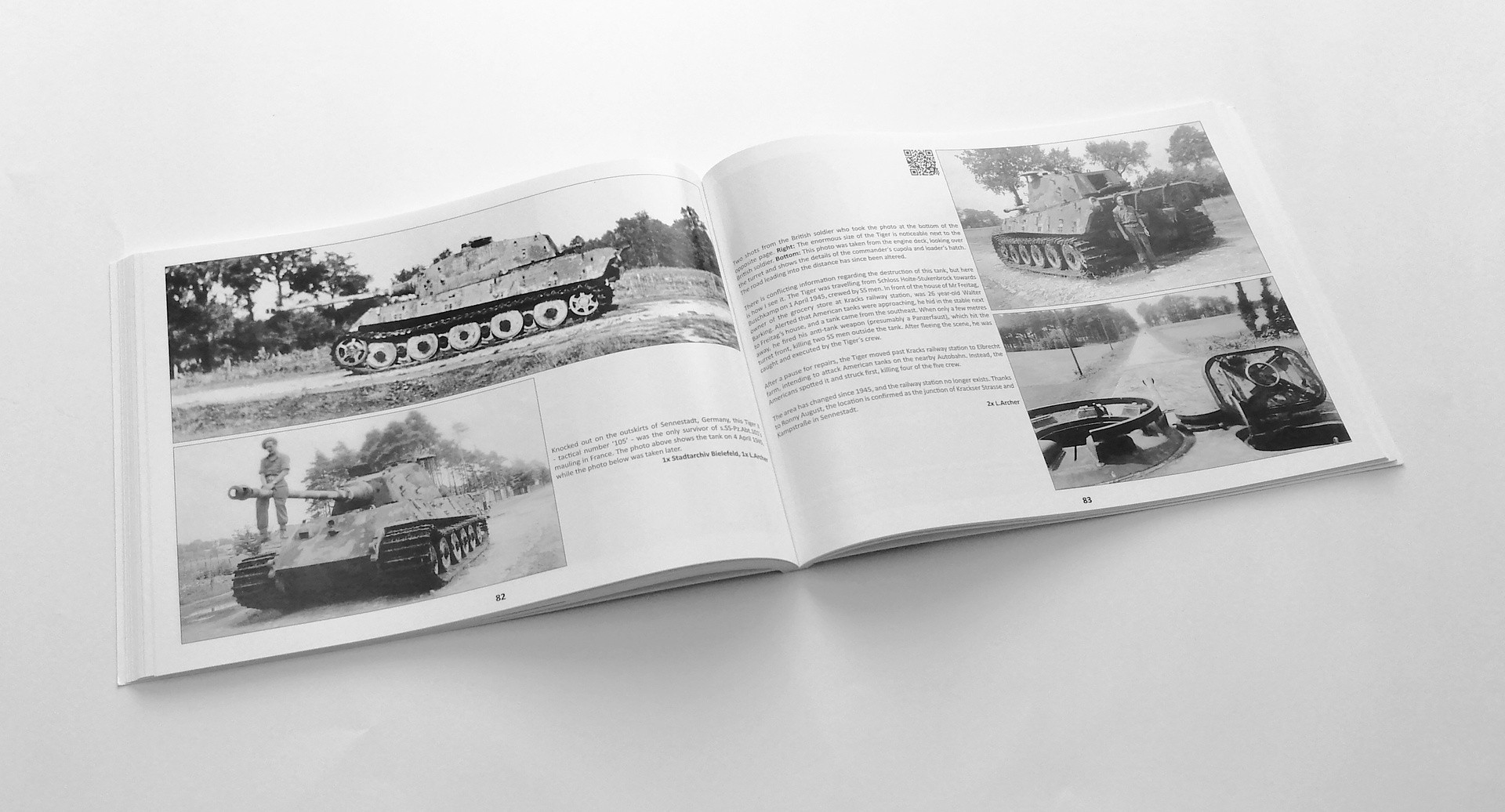 Taking photos of a static vehicle  as a souvenir or for reporting purposes means there is no hurry and the light and conditions can be chosen, so these pictures are usually better. Therefore it is no surprise that most of the photos in this volume (and series) are clear and crisp. The few which are not so good are included because of their special interest.

Most of the photos come from Lee Archer personal collection, and are shown at full page without quality loss. Thanks to the portrait format of the book, coincidental with the photos, these are really large and show a lot of detail. Moreover, there are many close-up images which reveal even more details, parts and textures of the vehicles.

Another interesting feature of the book is that includes several series of photos of the same vehicle or location,  so it can be seen from different angles.

Whenever the location of the photo is known, the book includes a QR code that can be scanned and takes to the Google Maps location, allowing to see how it is today. 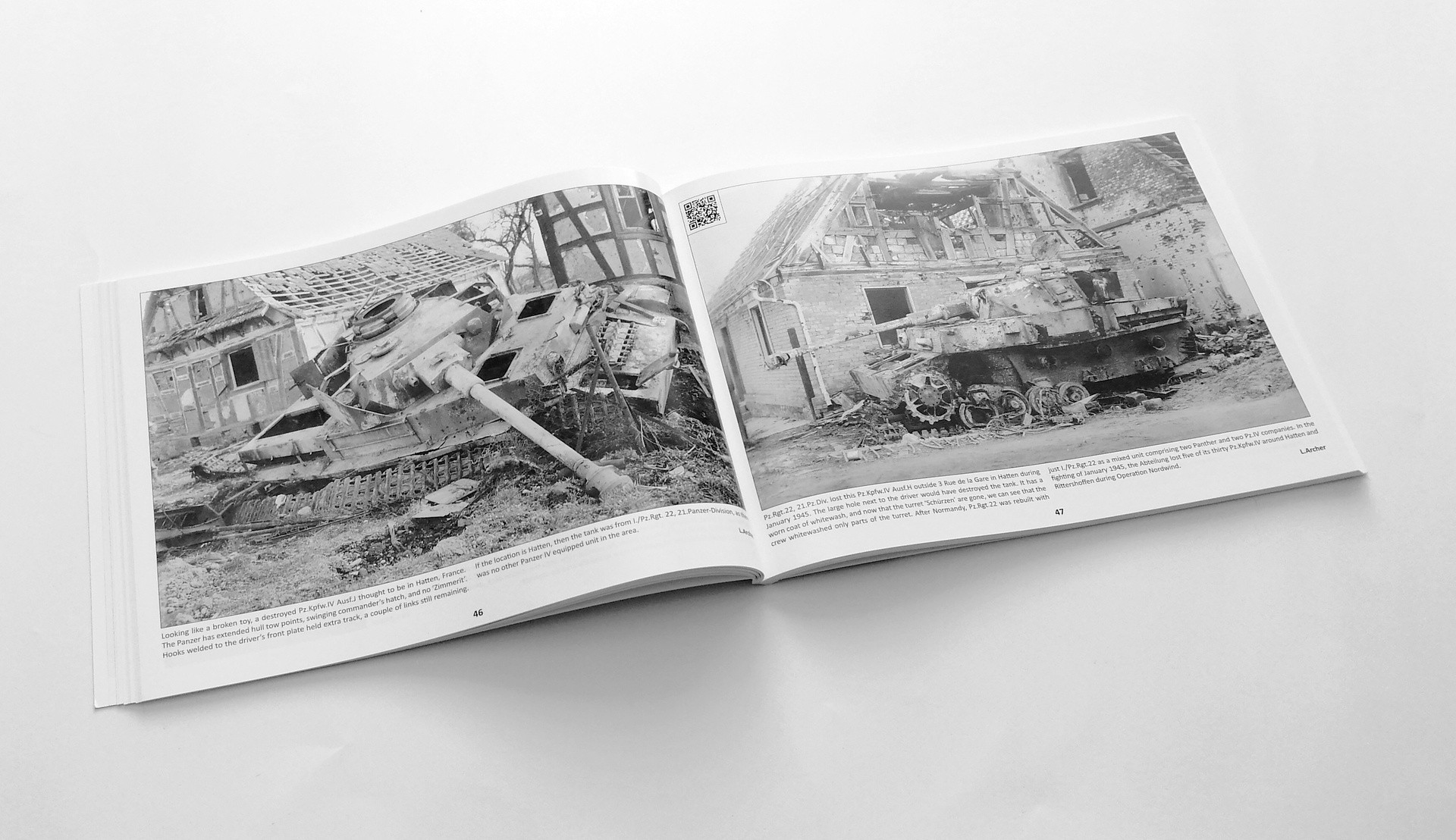 Accurate and detailed captions are another constant on Panzerwrecks series. Their deep research pays off and adds a lot of information to the photos, like vehicle variant and rare features, unit, place where the image was taken, how the vehicle was lost and sometimes even who took the photo.

Felipe Rodna has created seven amazing full page illustrations, shown opposite to the original photos in which they are based. Not only they are beautiful but also accurate, replicating the details on the vehicle and its camo, markings and dirt. 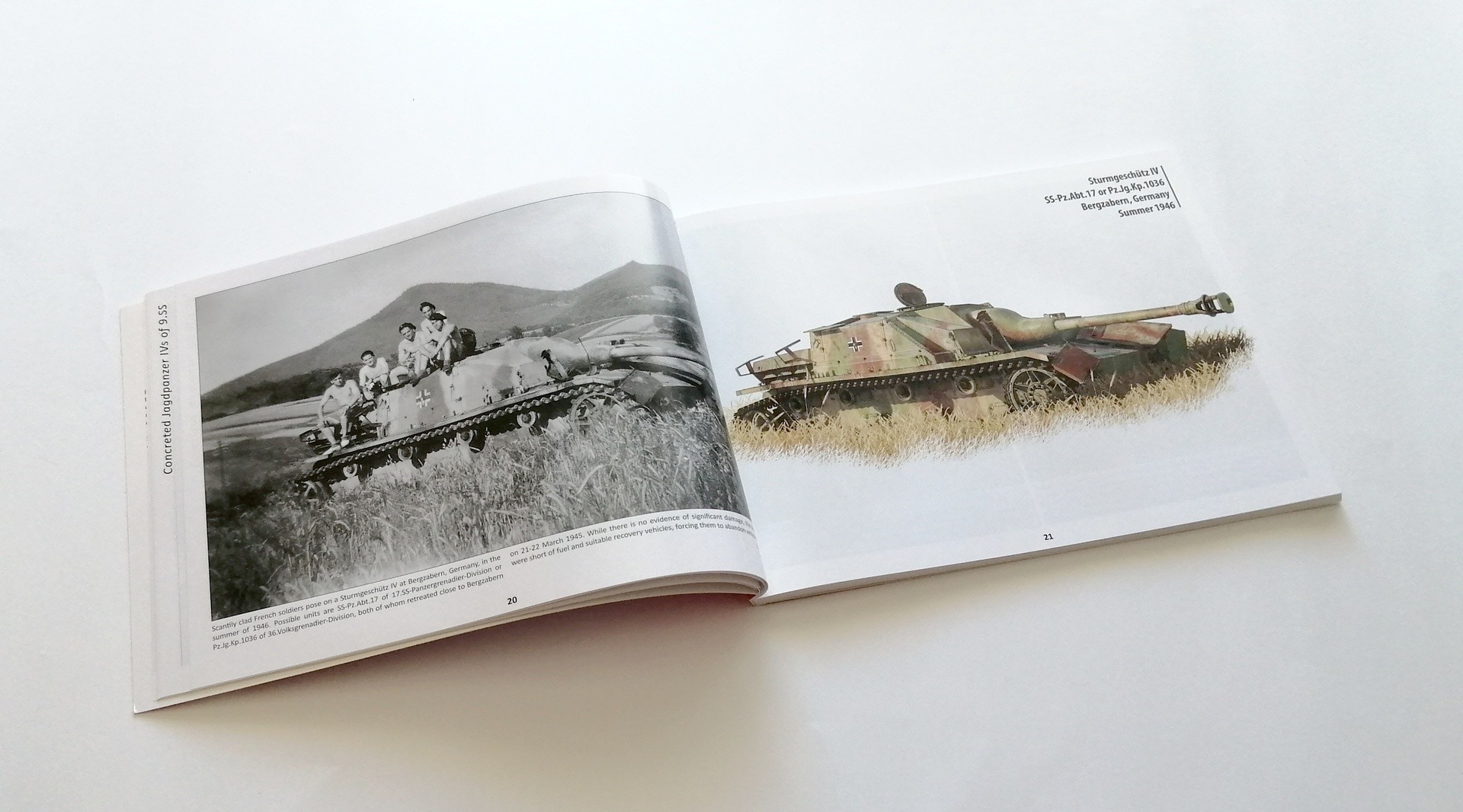 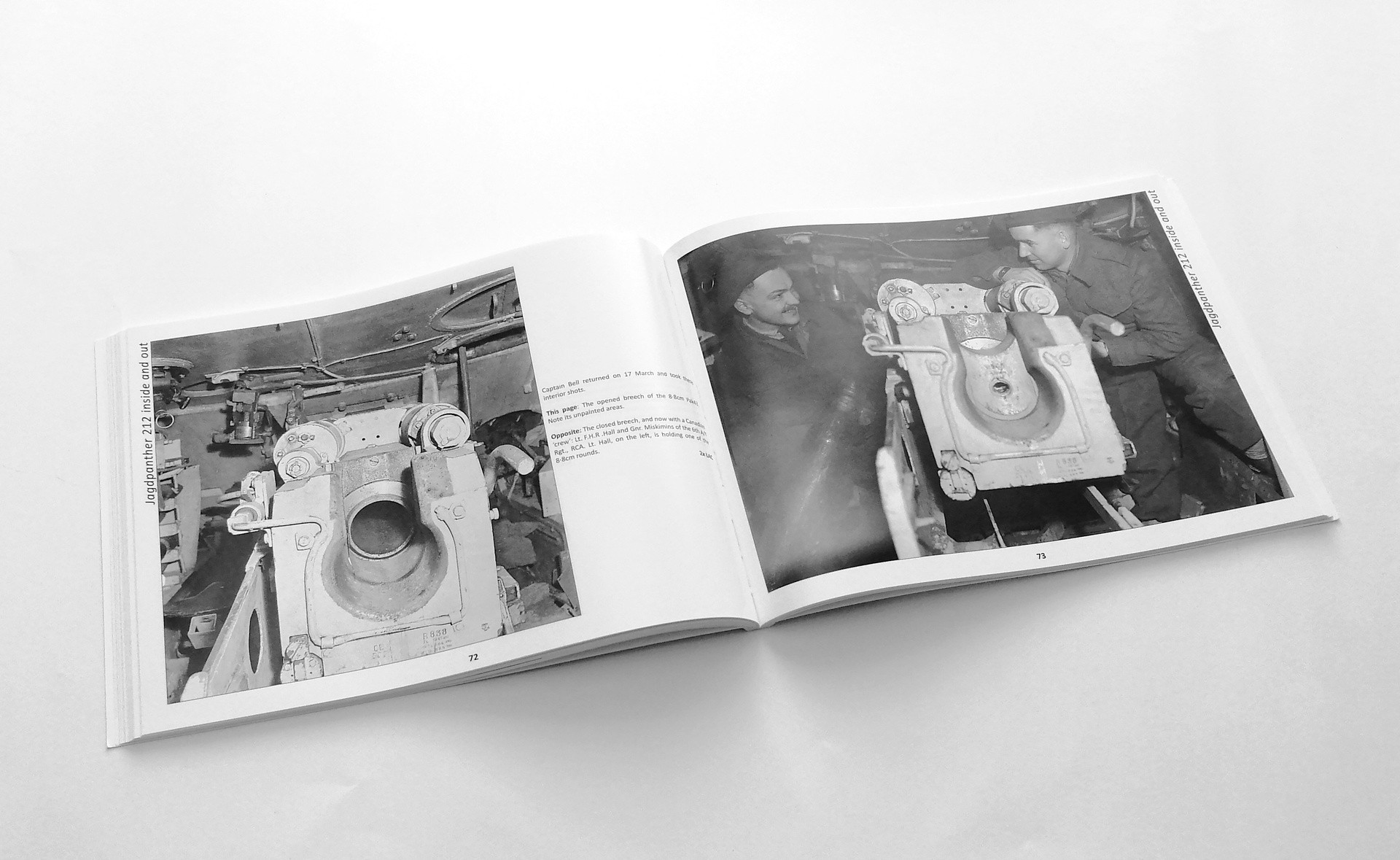 This new volume is again a great collection of photos of German armoured vehicles. The captions add a lot of information and illustrations bring colour to selected images. Photos are large and clear, and there is an amazing variety of vehicles depicted.

Those who already know the series from previous volumes will not be disappointed with this one, while new readers can discover why the series has become so successful.