varanusk
Editor
posted on 1 month ago
1,806
views
Review of Panzerwrecks Combat History of SturmMörser Kompanies 1000-1002, the only units equipped with the Sturmtiger 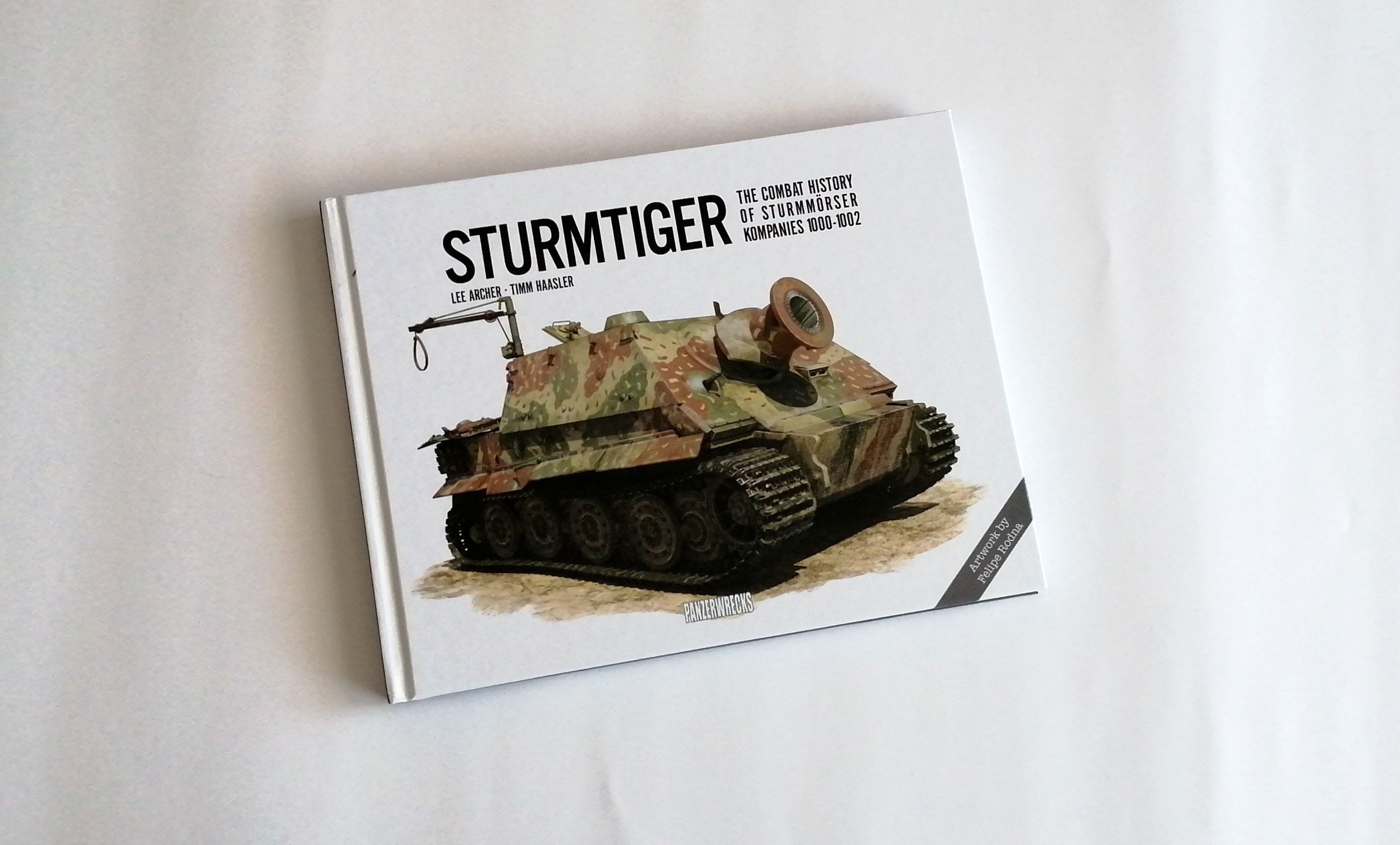 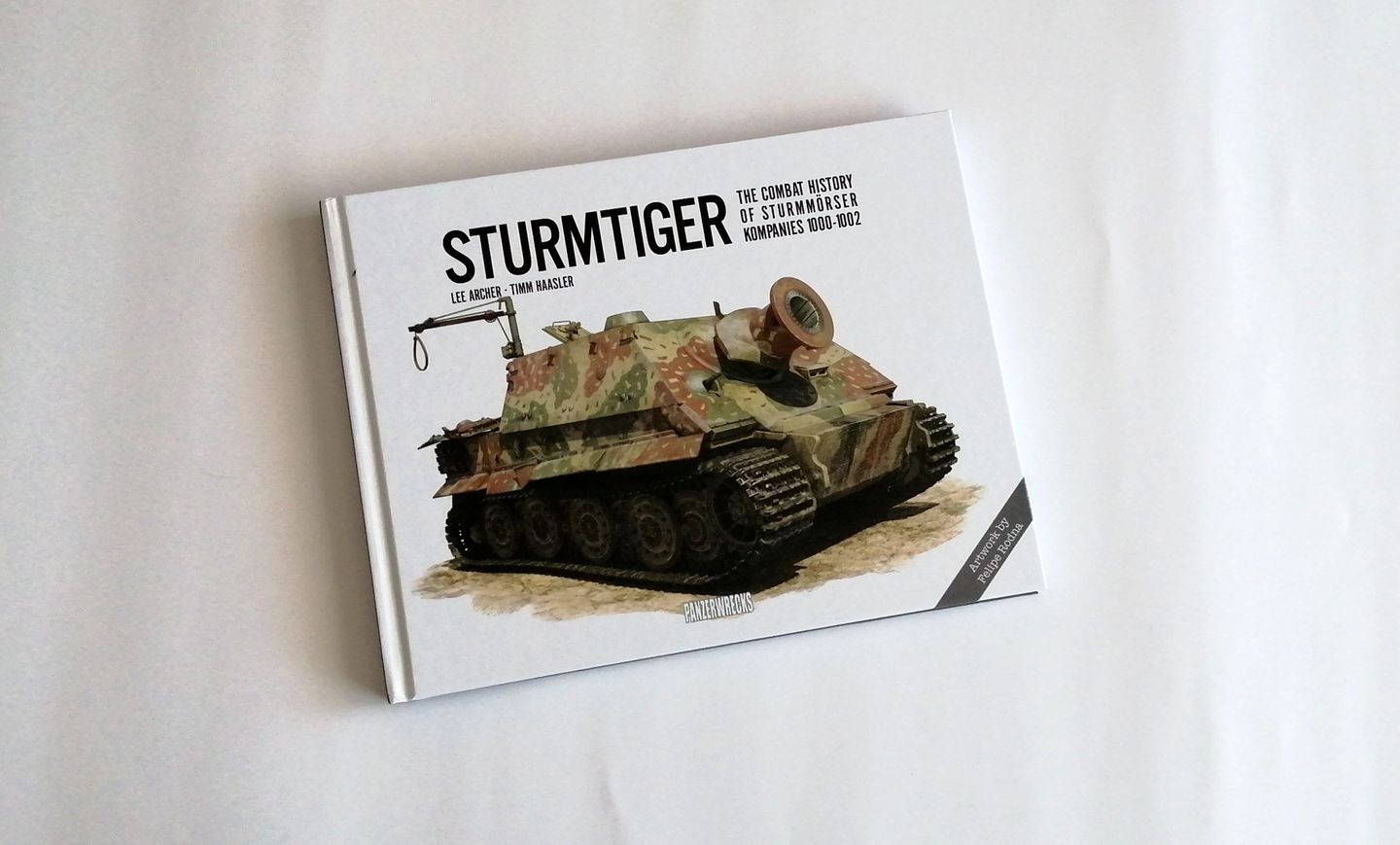 The most recent publication from Panzerwrecks is a 178 pages hardcover volume, landscape format, focused on the combat history of SturmMörser Kompanies 1000, 1001 and 1002, which were the only units fielding the Sturmtiger.

Without any doubt, the Sturmtiger (also known as Sturm-Mörser or Tiger-Mörser) is an iconic weapon of WWII, with its massive 380mm diamter rocket launcher and huge superstructure. Only 18 units were built, but due to its power and recognisable shape, it has attracted much more interest than deserved by its role on war.

The book is printed on gloss and thick paper, which allows for a great quality reproducing the photos. It has been written by Lee Archer and Tim Hassler, and counts with Felipe Rodna illustrations: There is also a separated large map (almost A2 size) by Simon Vorsters, showing the places were the different units saw action, from Warsaw to France.

Panzerwrecks is known for the quality of the images on their books, and this volume is no exception, in fact many of the images can be considered simply perfect. Most of the photos are new or show new angles, which is quite an achievement considering that only 18 vehicles  were built so inevitably they should be scarce. On the other hand, its size  and main tube made it a great target of many souvenir photos of Allied soldiers. Some of the photos are well known, however they have been reproduced with such a detail that they can be enjoyed as the first time.

The photos on the development chapter are from test vehicles and field trials, while the ones on the rest of the book are of abandoned vehicles and come from allied sources.

The accompanying illustrations are at the same level of the photos in terms of quality, providing drawings based on the photos with the advantage of the color.

If the graphical part of the book is excellent, the text is not less impressive: the authors have traced the history of the three companies to an unprecedented level thanks to the quantity and variety of sources used. There are several tables and appendixes complementing the narrative. 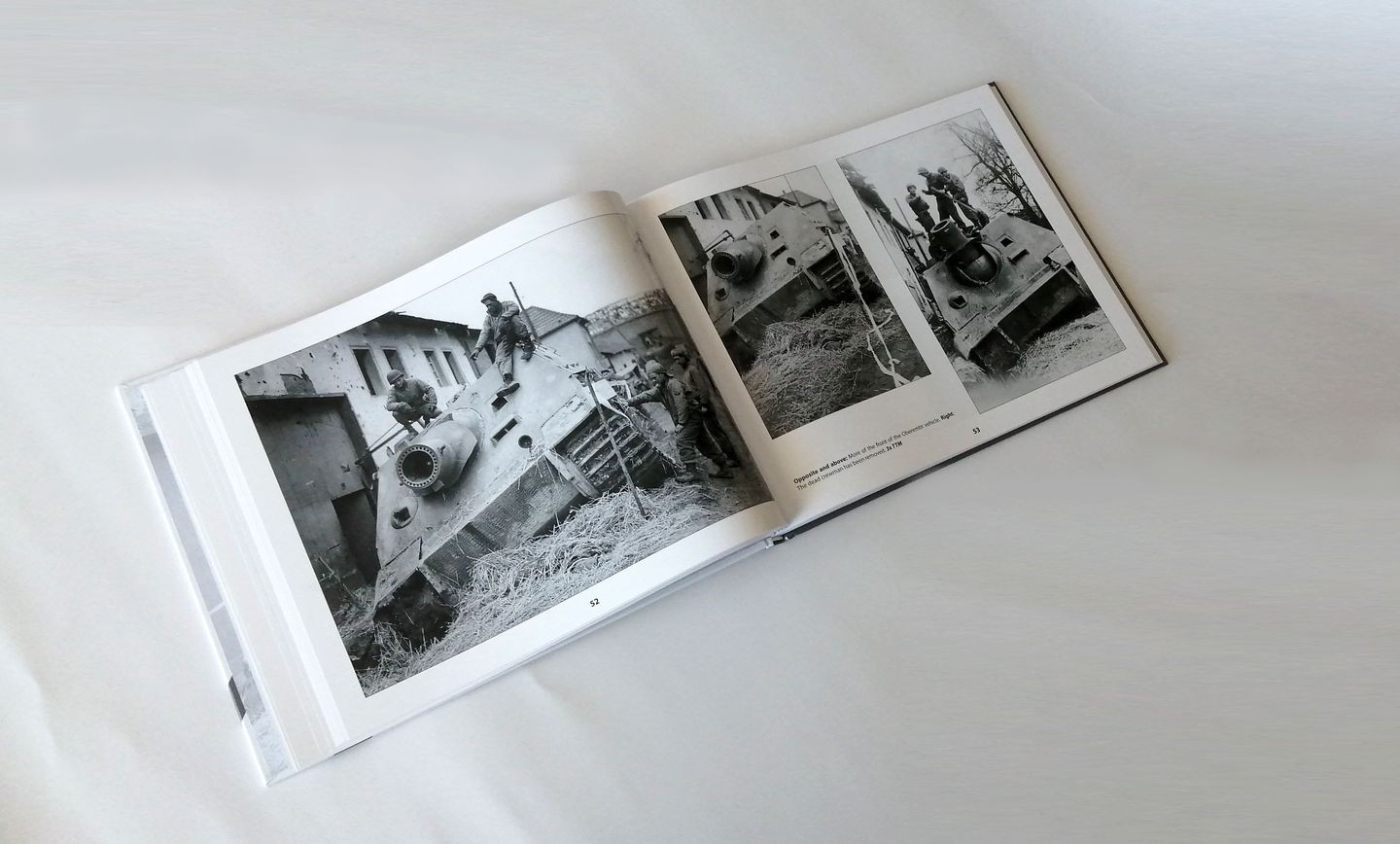 The first chapter is about its development and features. Although the book is focused on the combat history, it is interesting also to know how it was designed, approved and produced, so as its technical features.

It has a detailed description of the vehicle, launcher and ammunition, and how it was loaded, munitioned and fired. The text is supported by photos with an exceptional crispness and clarity, some are known but having them at full page is definitively worth. Some of the images are from the interior, equally clear.

There is a table with a summary of monthly production and allocation to the three companies.

The illustrations on this chapter are one of the prototype and one of the rockets, with a cutaway and exterior appearance, including colours and markings. 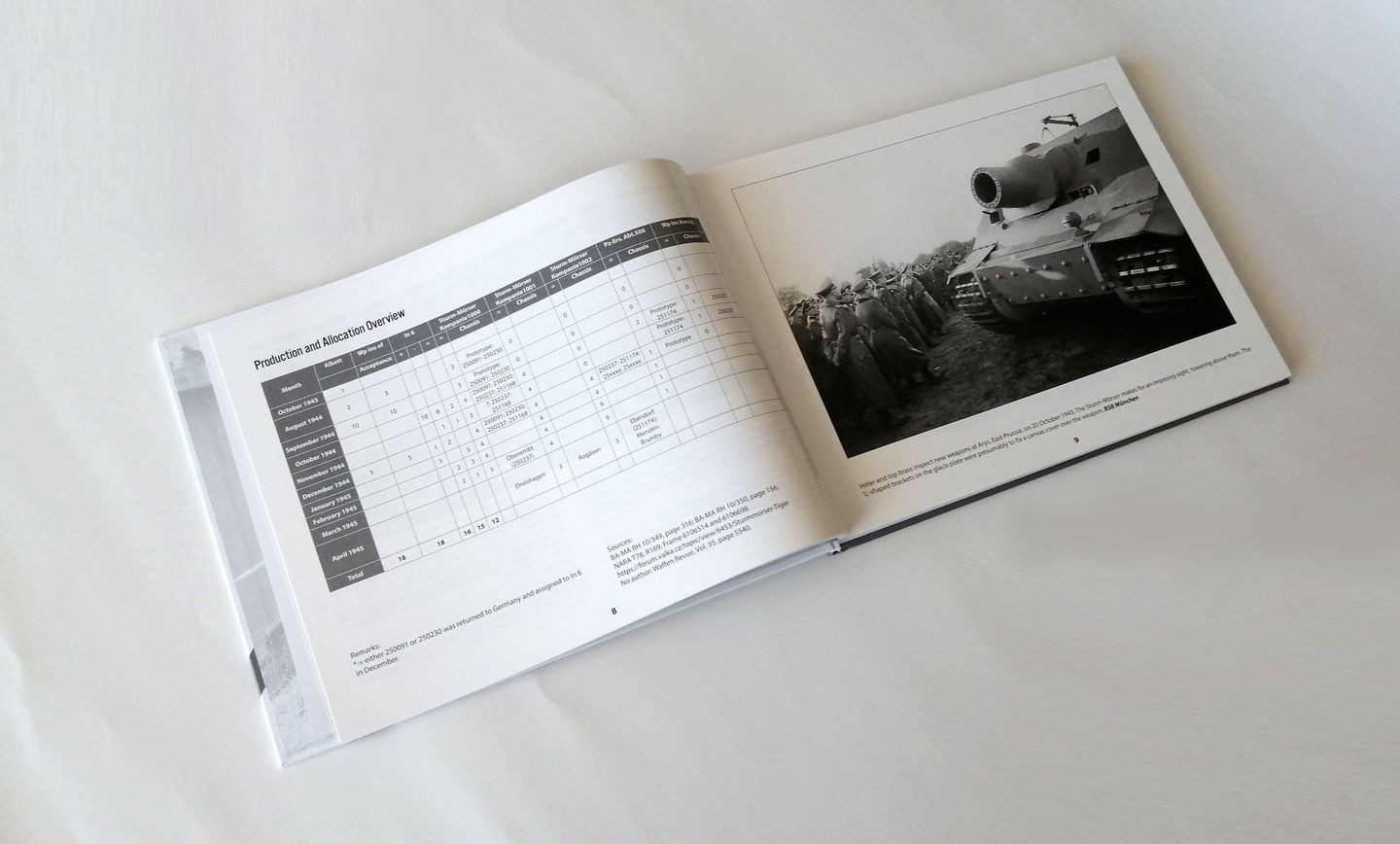 Next section is the combat history properly, a detailed of the operations of the three companies, sometimes even of individual vehicles, since its first commitment in Warsaw, 1944 to the end of the war in May, 1945.

Again there are a lot of photos, often occupying the whole page or a large part of it. All of them were taken by Allied Soldiers, sometimes as part of Intel Reports and sometimes as personal souvenirs. There are photos of the exterior, the interior and the ammunition.

Like the test photos, these were taken with time to prepare the shot so most of the times they are very clear and crisp. The captions include additional information about where and how the vehicle was lost. There are also several illustrations based on the photos. 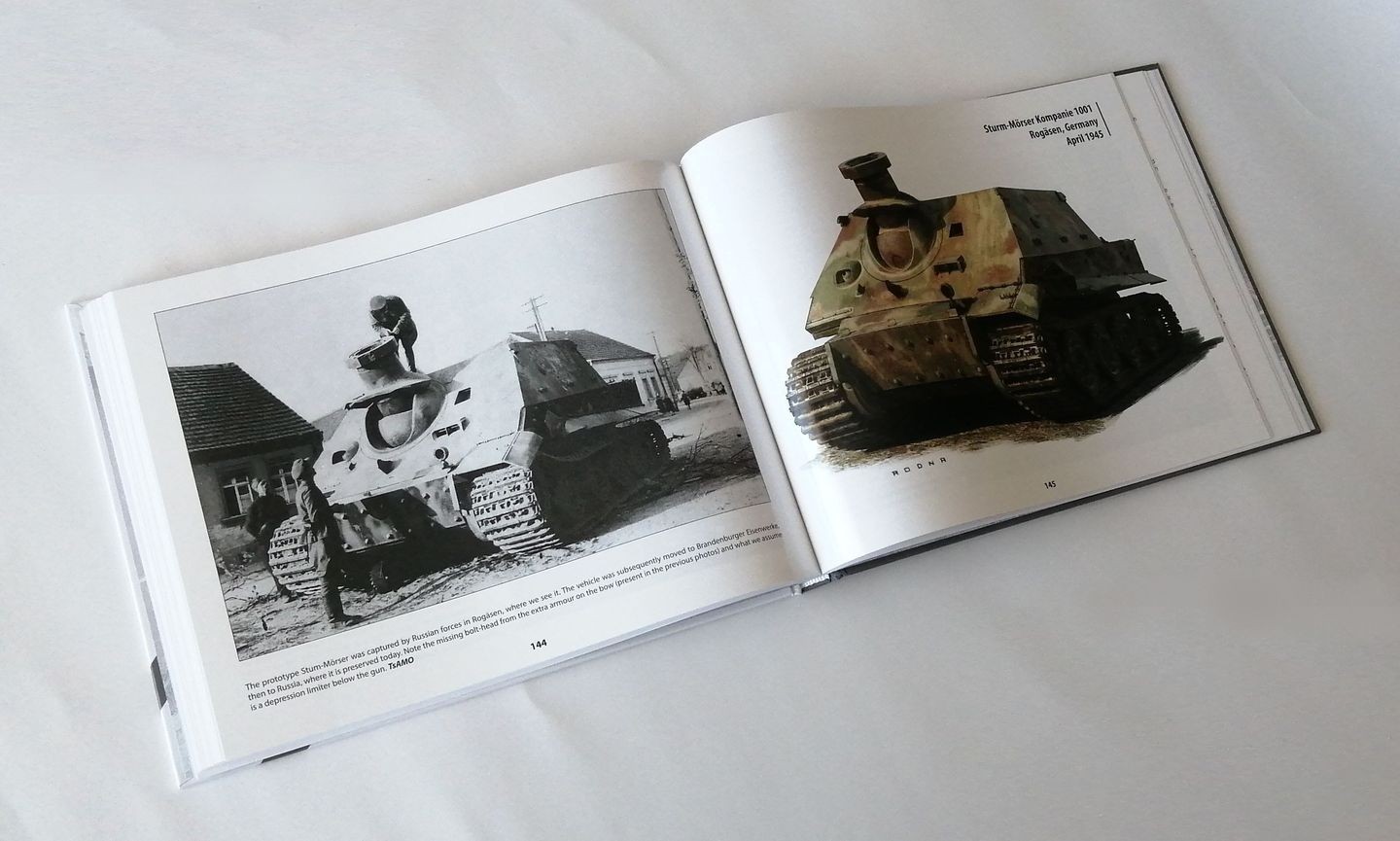 Then come eight chapters, one for each of the eight vehicles the authors have identified. These chapters have all the information available plus the photos and illustrations. Here, a few of the images are not so clear like the rest, but they are completely justified in order to show where the tank was found and how. On the other hand, there is the only known colour photo of an Sturmtiger when captured. 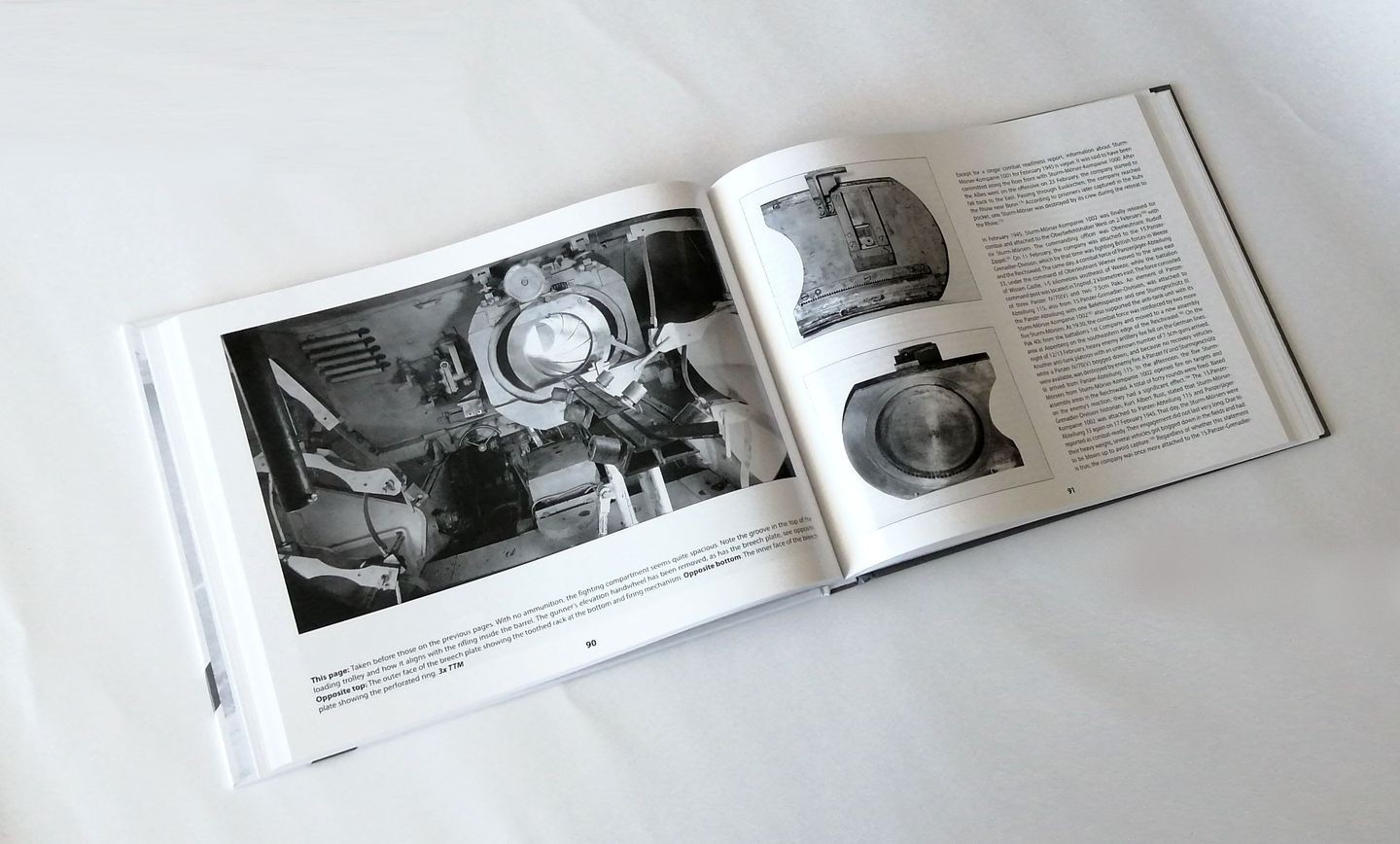 Finally, there are several Appendixes with other information:

The book closes with the end notes that have been referred to, with extensive bibliographical information, and an index. 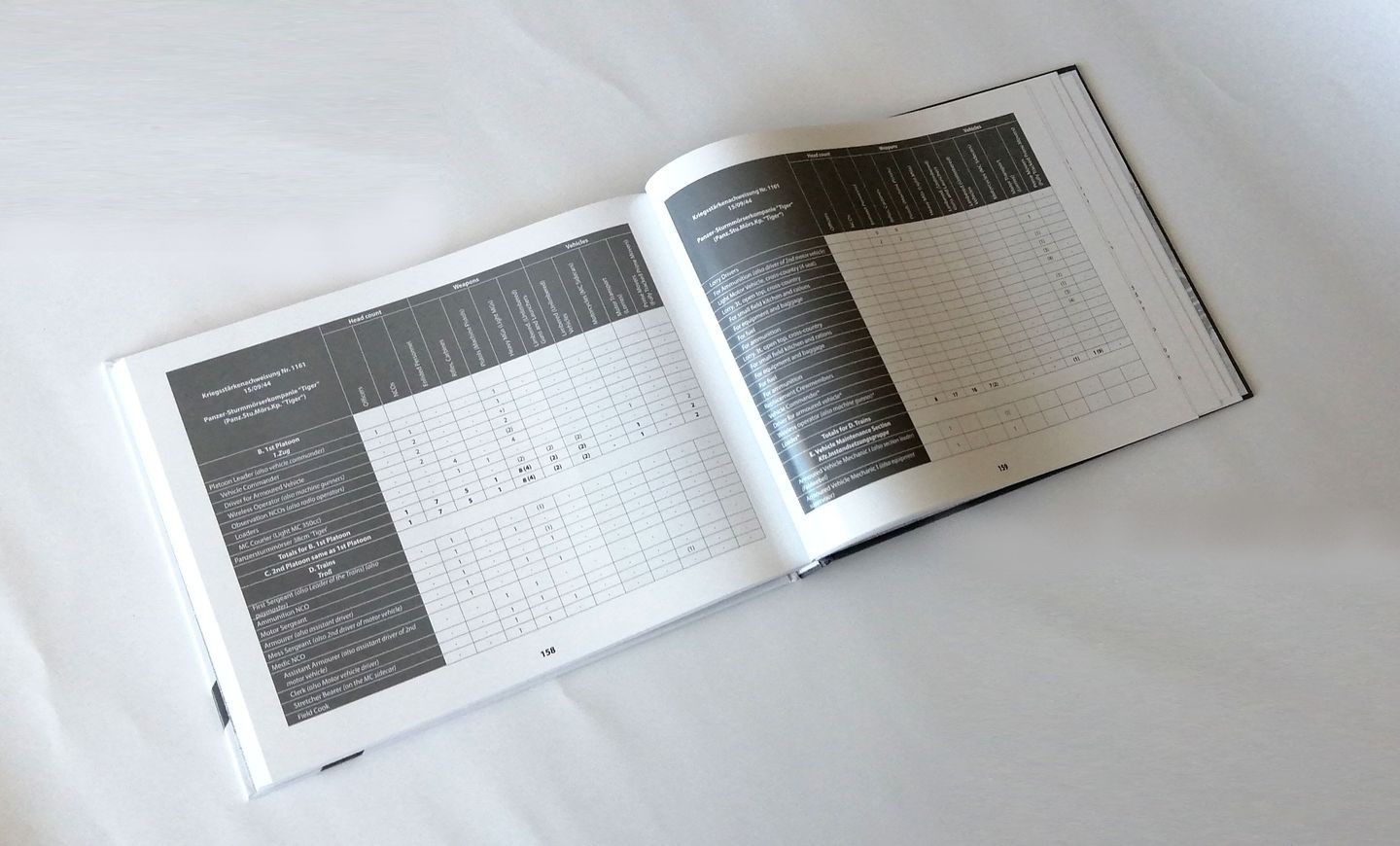 Panzerwrecks have created an outstanding volume about a singular vehicle, combining exceptional photos and illustrations with technical features, a detailed history of the combat operations and German and Allied reports.

An essential reference that will surely please both modellers and history fans. 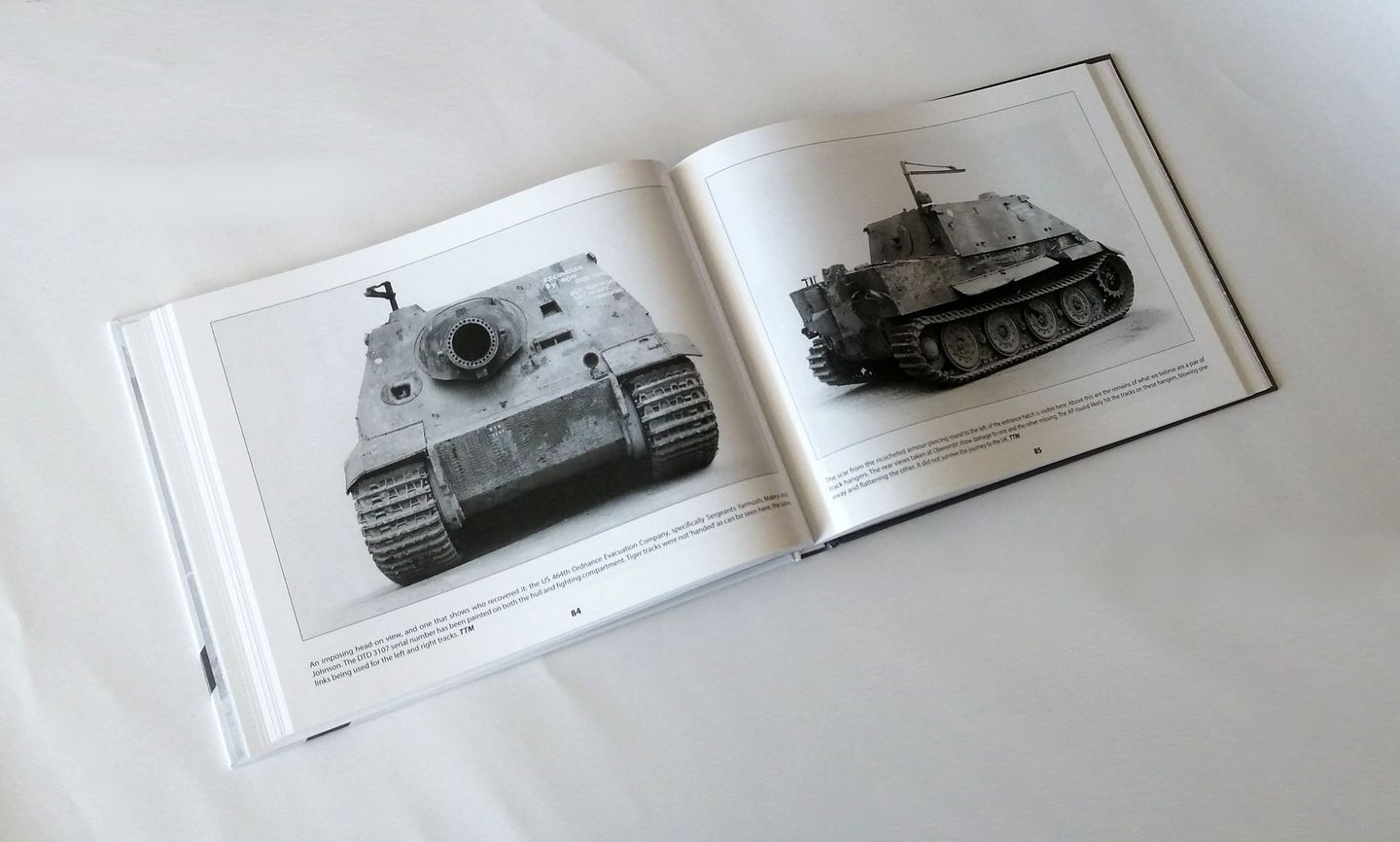