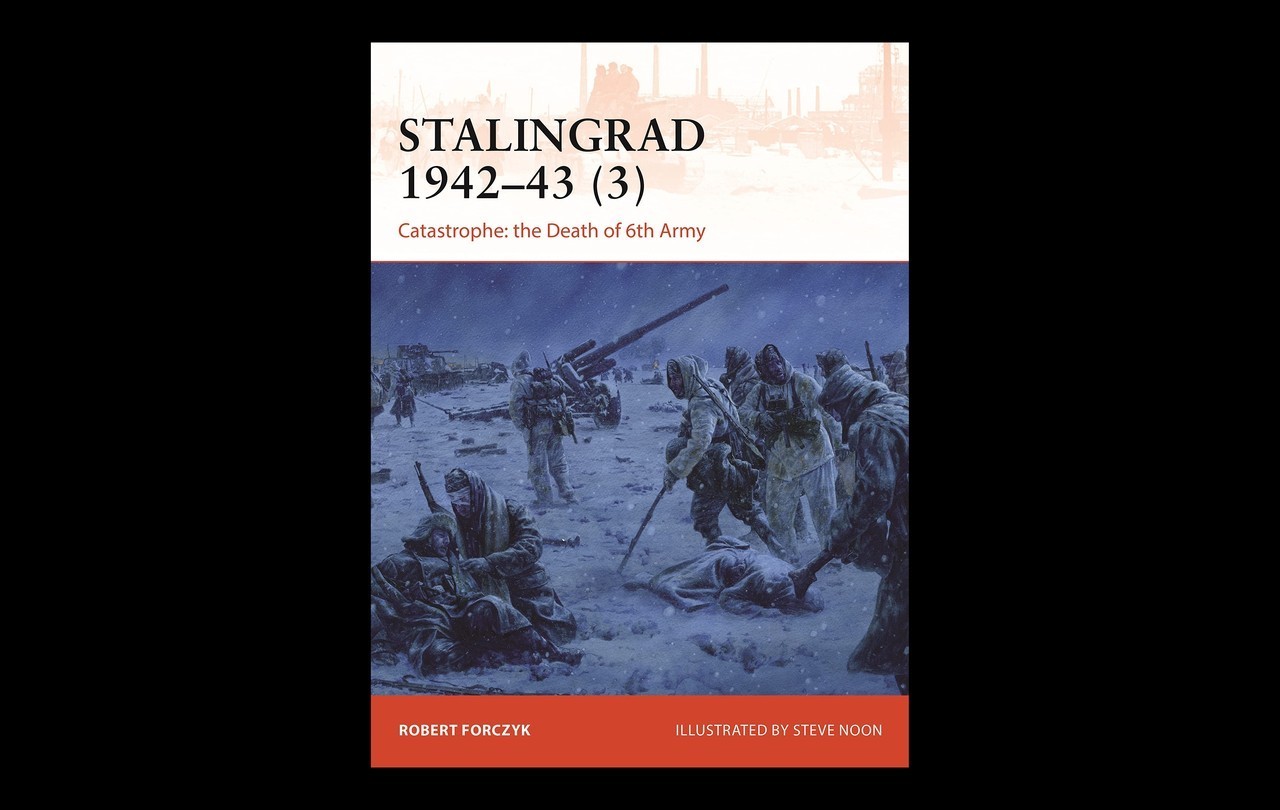 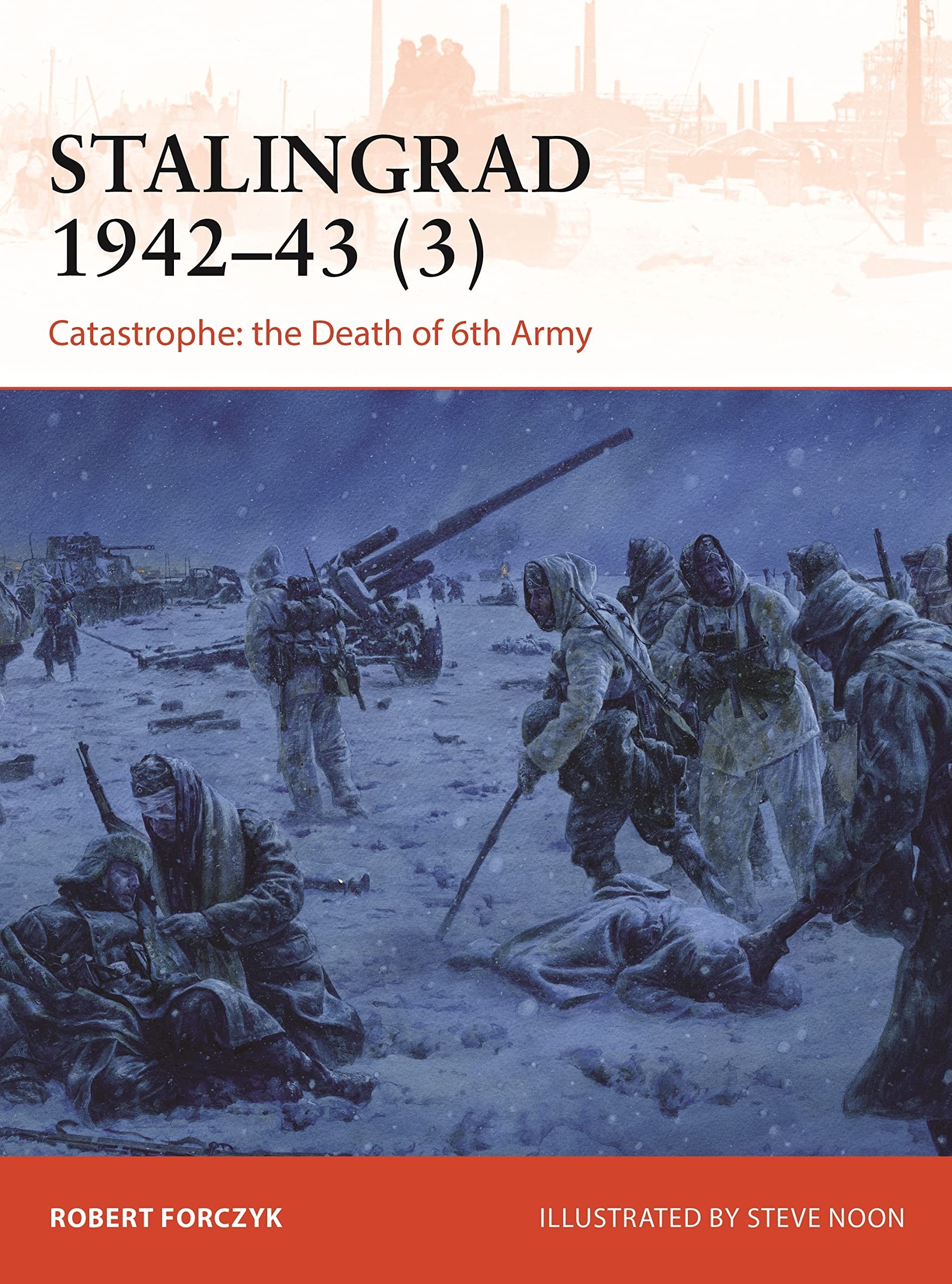 The final part in a three-book series on the Battle of Stalingrad, examining the Soviet encirclement, German relief efforts, and the final surrender of Paulus' 6.Armee.

Having fought hard just to reach the outskirts of Stalingrad, the Axis forces found themselves embroiled in a protracted urban battle amid the ruins of a devastated city on the Volga. The Soviet Red Army was able to hold onto the city then mount a surprise winter counter-offensive known as Operation Uranus, which succeeded in encircling the German 6.Armee at Stalingrad. Despite a desperate German relief operation, the Red Army eventually crushed the 6.Armee and hurled the remnants of the German southern front back in disorder.

This third and final volume in the Stalingrad trilogy begins just after the German 6.Armee has been isolated at Stalingrad, and covers the period from 24 November 1942 to 2 February 1943. The specially commissioned maps and 3D diagrams guide the reader in step-by-step, easily to follow detail through the German relief operation (Wintergewitter), the fighting on the Chir River, and the Soviet operations Koltso and Little Saturn, and are complimented by the battlescene artworks that vividly depict the harsh conditions experienced by the common soldiers fighting on both sides. 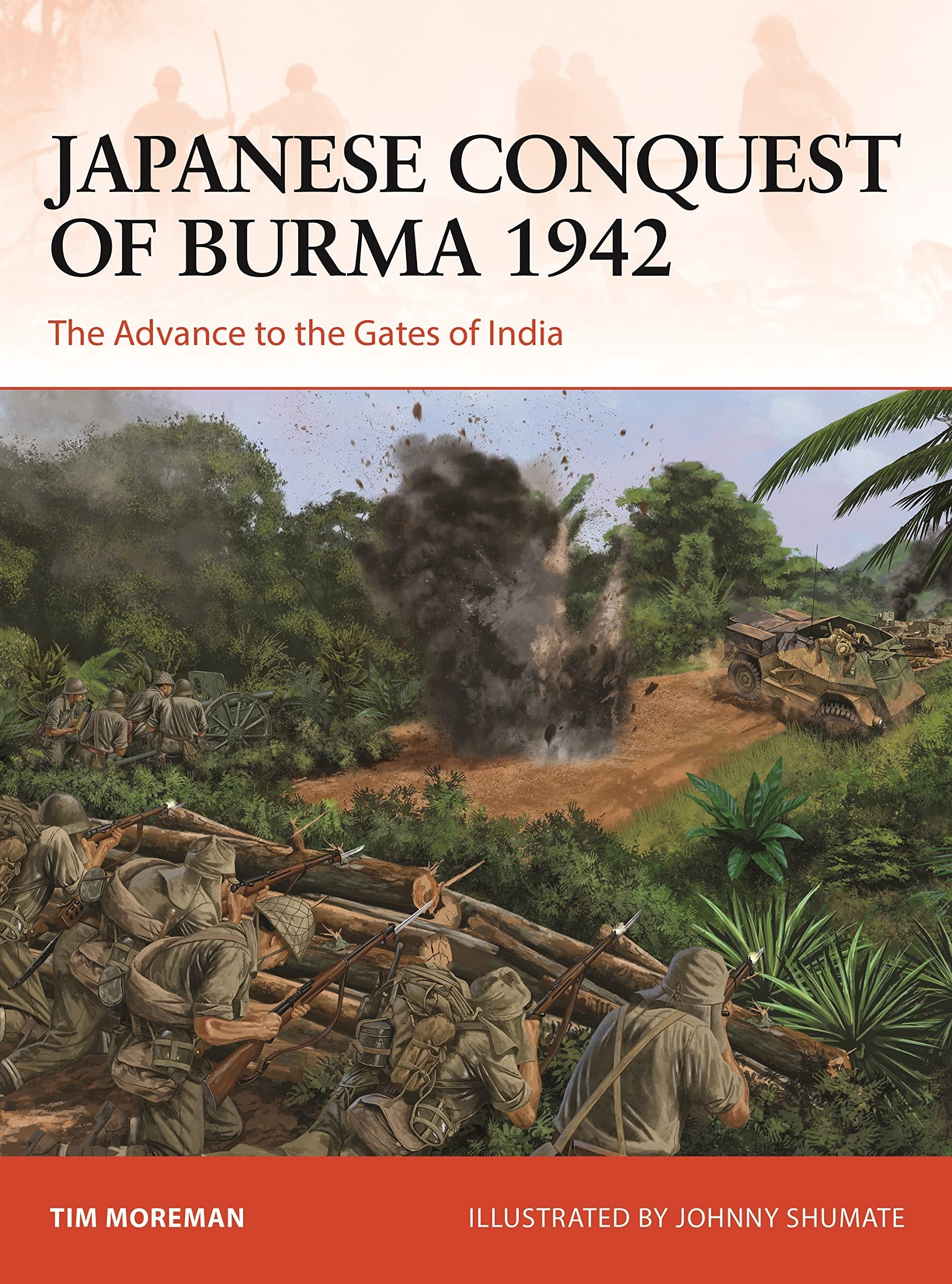 This book provides a fascinating exploration of the Japanese conquest of Burma, as the Allied forces were forced back in disarray to India and China.

The Japanese invasion of Burma in January 1942 marked the beginning of the single longest campaign of World War II. In the Burmese jungles, the battle-hardened, highly trained and lightly equipped Imperial Japanese Army quickly proved itself a vastly superior fighting force in clashes against the British, Indian and Gurkha troops that formed Burma Army and Chinese nationalist forces deployed in eastern Burma.

This superbly illustrated book narrates Burma Corps' epic fighting retreat northwards, carried out mostly in contact with the enemy and across hundreds of miles of highly malarial and extremely difficult terrain, to safety in India. Among the battles covered are the disaster at the Sittang Bridge on 22 February 1942 (where 17th Indian Division was all but destroyed), the fall of Rangoon in March 1942 and the clashes at Yenangyaung, Monywa and Shwegyin. The performance of the opposing commanders and forces is also examined in detail, highlighting the success of Japanese aggressive light infantry tactics, which ruthlessly exploited the cover and concealment provided by the jungle to outflank, bypass and encircle their bewildered enemy. 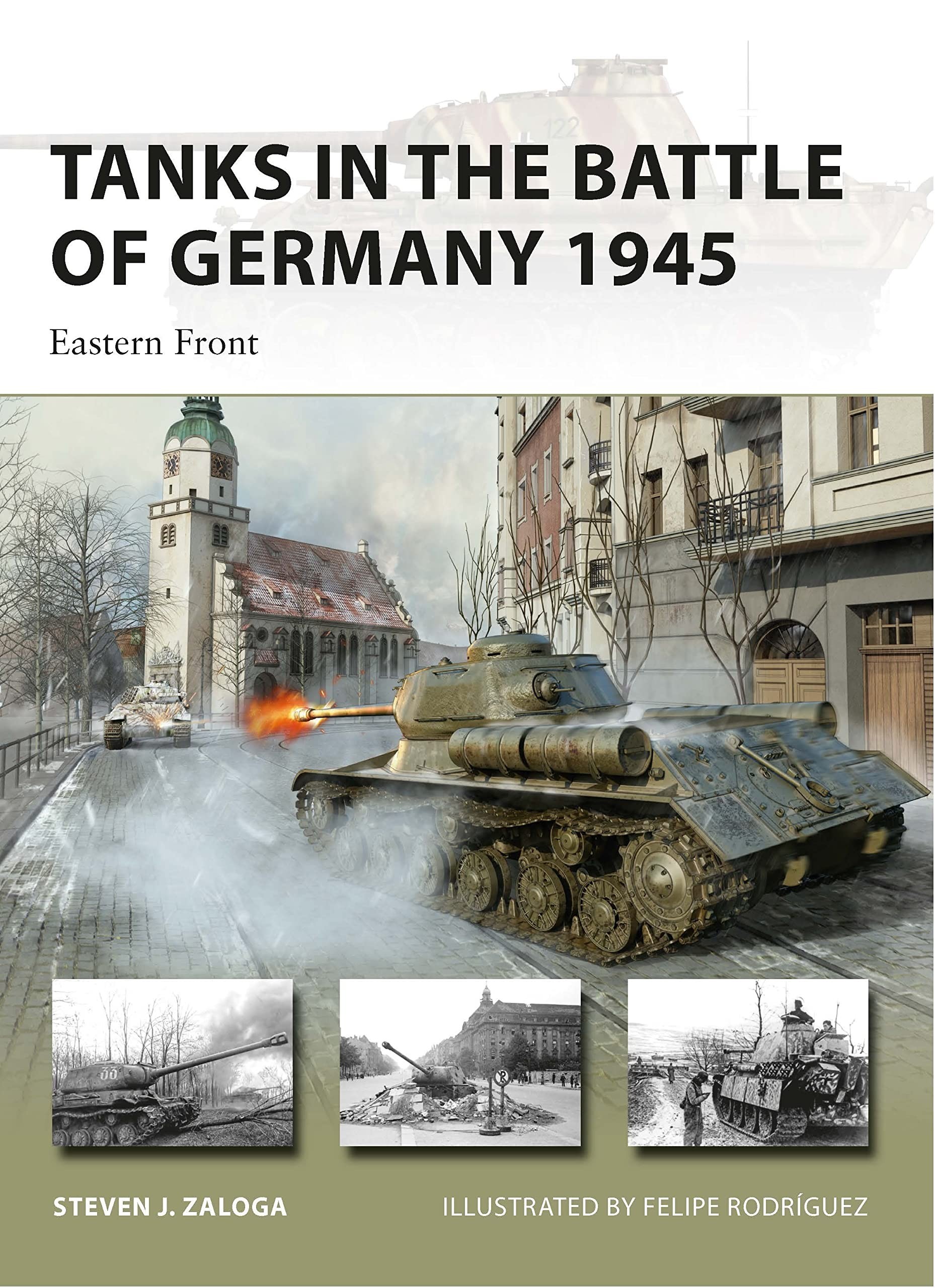 A new history and analysis of the German and Soviet tank forces that battled on eastern German soil in the final months of World War II.

The final months of World War II on the Eastern Front saw the Wehrmacht fighting with exhausted armoured divisions, albeit now armed with the most advanced and heaviest tanks of the war, to slow the Soviet advance. The Red Army meanwhile was rolling relentlessly westwards, with its own highly developed tank forces now equipped with T34/85s and the huge IS-2 heavy tanks, intent on taking Berlin and as much German territory as possible.

This book is a history and analysis of the state of these two mighty armoured forces, as their battles decided the fate of Germany. It covers their initial encounters on the German frontier in 1944 (East Prussia), the fighting of the Oder-Vistula offensive in January 1945 and describes the condition of the German tank forces and their Hungarian allies as they were beaten back. It also considers the huge impact of The Red Army and other significant Allied forces such as those from Poland, Czechoslovakia and Romania on the outcome of victory in the war. 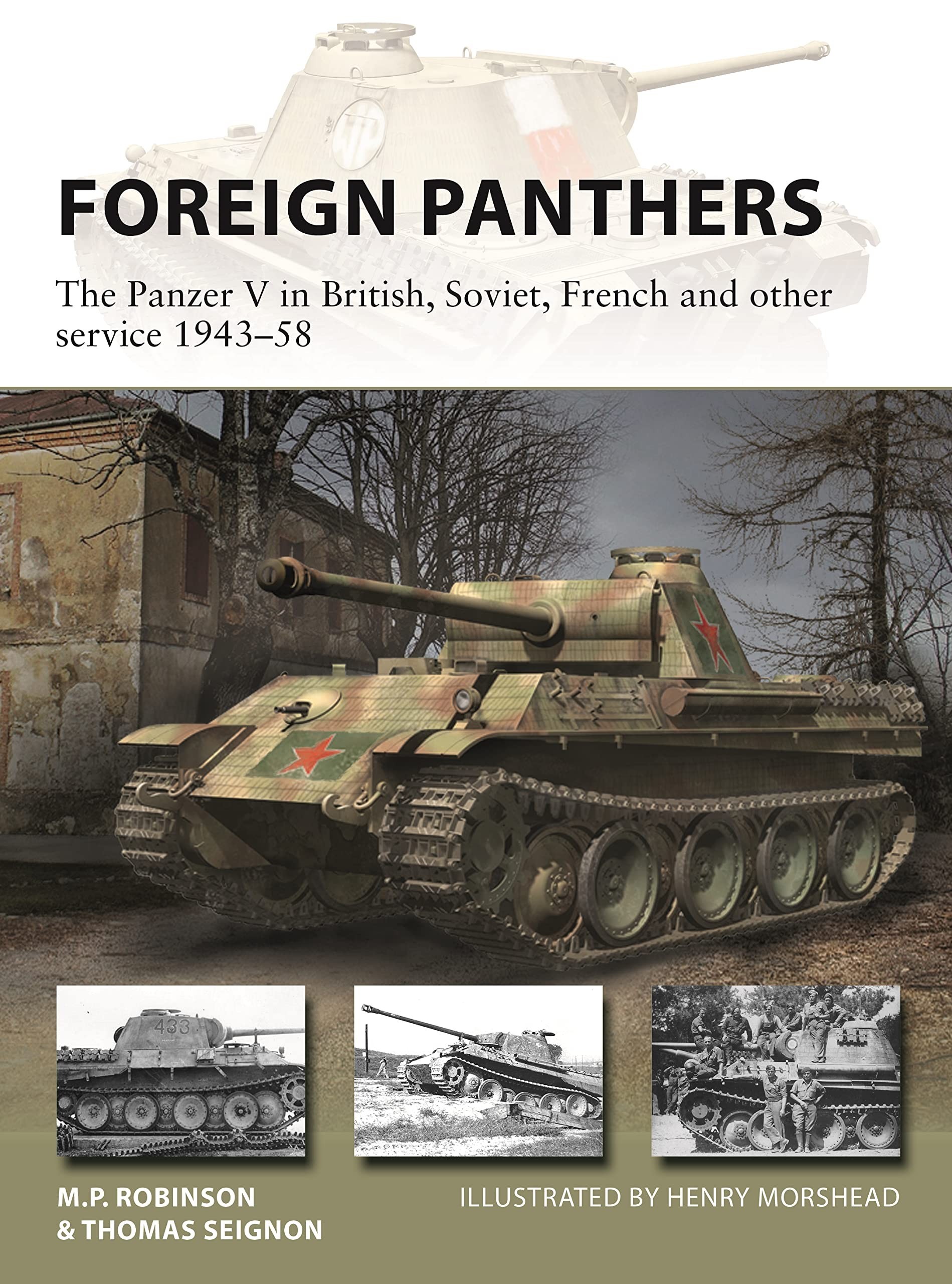 A study of the little-known career of Germany's Panther, perhaps the greatest tank of World War II, in foreign hands both during and after the war.

The Panther was arguably the most successful medium tank design of World War II, demonstrated by the number of Germany's enemies that used them after, and even during the war.

While some were used by the Western Allies, the Russians used the greatest number of captured Panthers against Nazi Germany, though they did not find much favour thanks to their mechanical unreliability and difficulty in acquiring spare parts. After the war, they were mostly passed on to satellite states such as Bulgaria and Romania. The French army also used them in significant numbers after the war with approximately 50 in service from 1946 to 1950, and they were a significant influence on future French tank design.

Using detailed artwork and contemporary photographs, this fascinating book tells the little-known story of the Panther tank in foreign hands in World War II and beyond.