varanusk
Editor
posted on 2 weeks ago — updated on 1 week ago
1,049
views
A review of the most recent Nuts & Bolts issue, The Sd.Kfz. 10 leichter Zugkraftwagen 1 ton and variants. 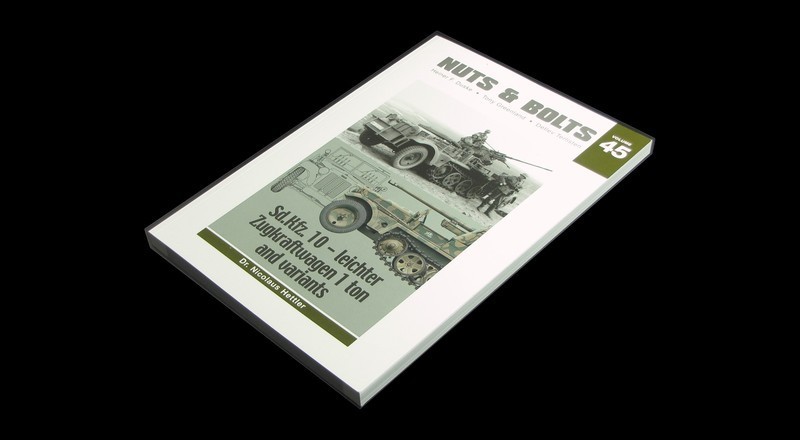 Volume 45 on Nuts & Bolts is focused on the Sd.Kfz.10, the last in the the German WWII halftracks series after having covered all the rest on previous books.

The Sd.Kfz. 10 leichter Zugkraftwagen 1 ton was the lightest halftrack of the family, a versatile vehicle that saw several variants during its service life.

The structure of the book is the usual on Nuts & Bolts vehicles, covering all aspects:

This volume is the biggest so far in Nuts & Bolts collection, with 240 pages, and has been written by Dr. Nicolaus Hettler. As the ones before, it is a softcover, A4 portrait book printed on good quality paper. Photos are abundant and clear, with captions and numerous tables supporting the text, which is bilingual in English and German. 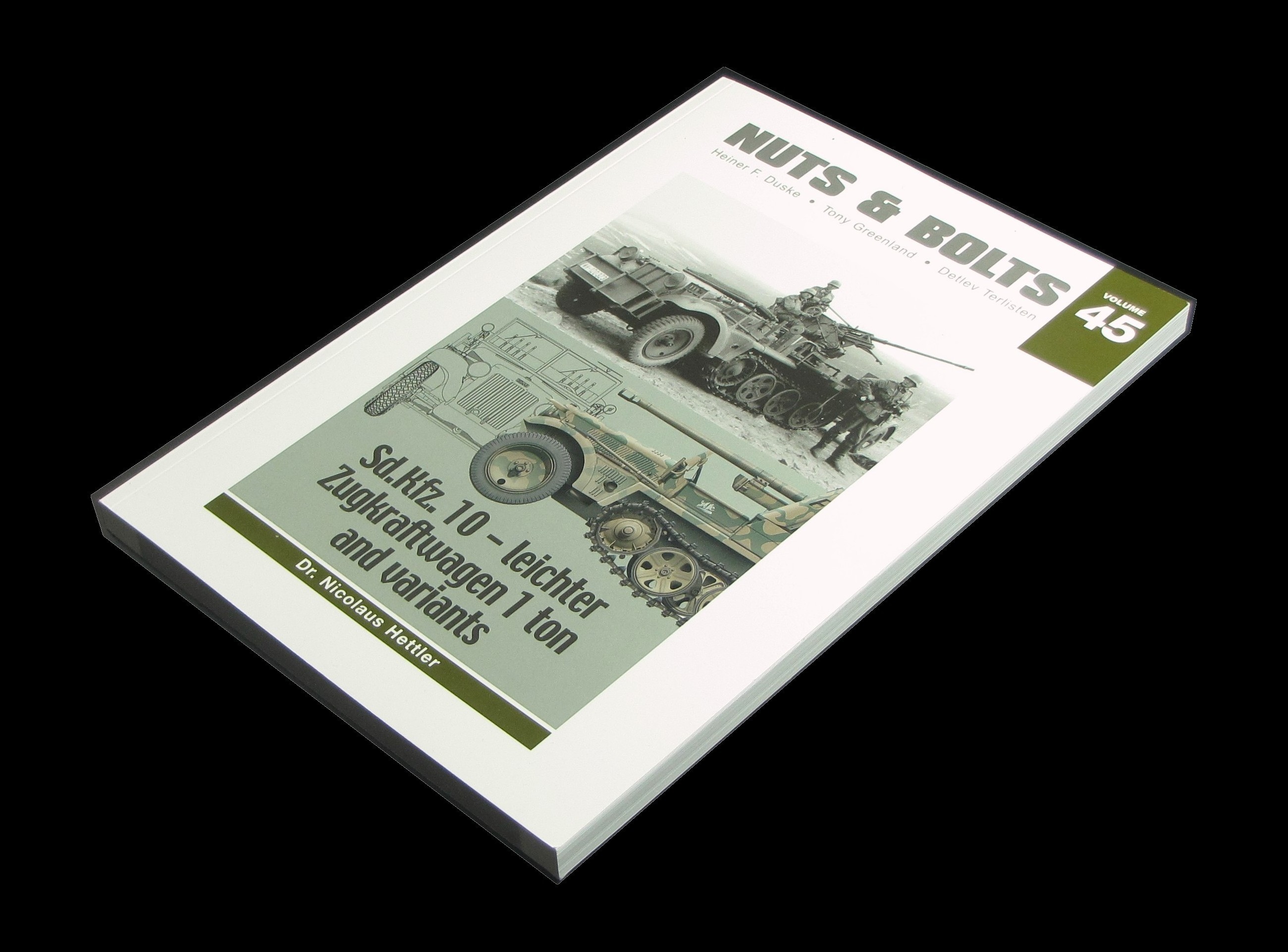 The book starts with the history of the development, an exhaustive and detailed section with plenty of information and photos about the prototypes and first vehicles.

These 56 pages cover the changes introduced, followed by a thorough technical description of the mechanical systems like steering, transmission, engine, etc.

Next there are the different variants, for decontamination, anti aircraft and field conversions for antitank self propelled guns. Also some less known variants like cable laying or radio equipment.

The Sd.Kfz. 10 was produced at several factories like Demag, Bussing-Nag and Adlerwerke and other four ones, and there is a section about it covering dates of production and specific features. 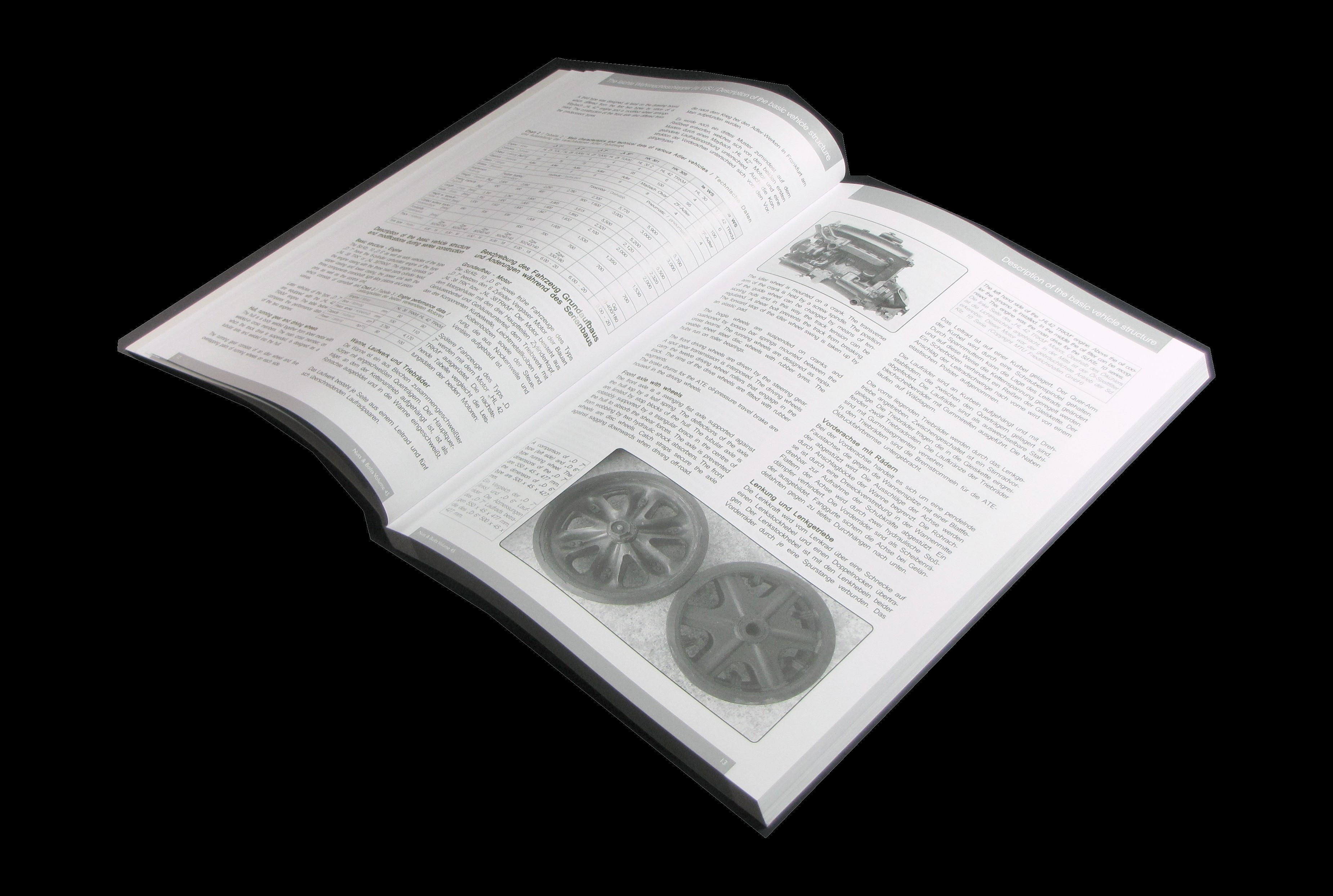 Another important section deals with the operational service, and the tasks performed on the different units depending on its variants. There are graphics with the standard allocations of all vehicles (k.St.N.) to Panzerjager Kompanie, Entgiftungs Batterie and Fliegerabwehr Kompanie. This is useful to see which other vehicles could be together on a scene.

There is also a detailed description of the different weapons carried or mounted, namely the Flak 30, Flak 38, Pak 36 and Pak 38.

The history of the service in Sweden, which was the only user of the Sd.Kfz. 10 apart from Germany, is covered in one page at the end of the service section.

The section on colours and markings is quite short, given the number of vehicles produced and how long it was in service, it was possible to find any camo used during war time. The paragraph on tactical markings is probably the weakest part of the book, as it has no practical information.

Text in the book closes with a description of Roland Greth's kit, whose photos are at the end of the volume. 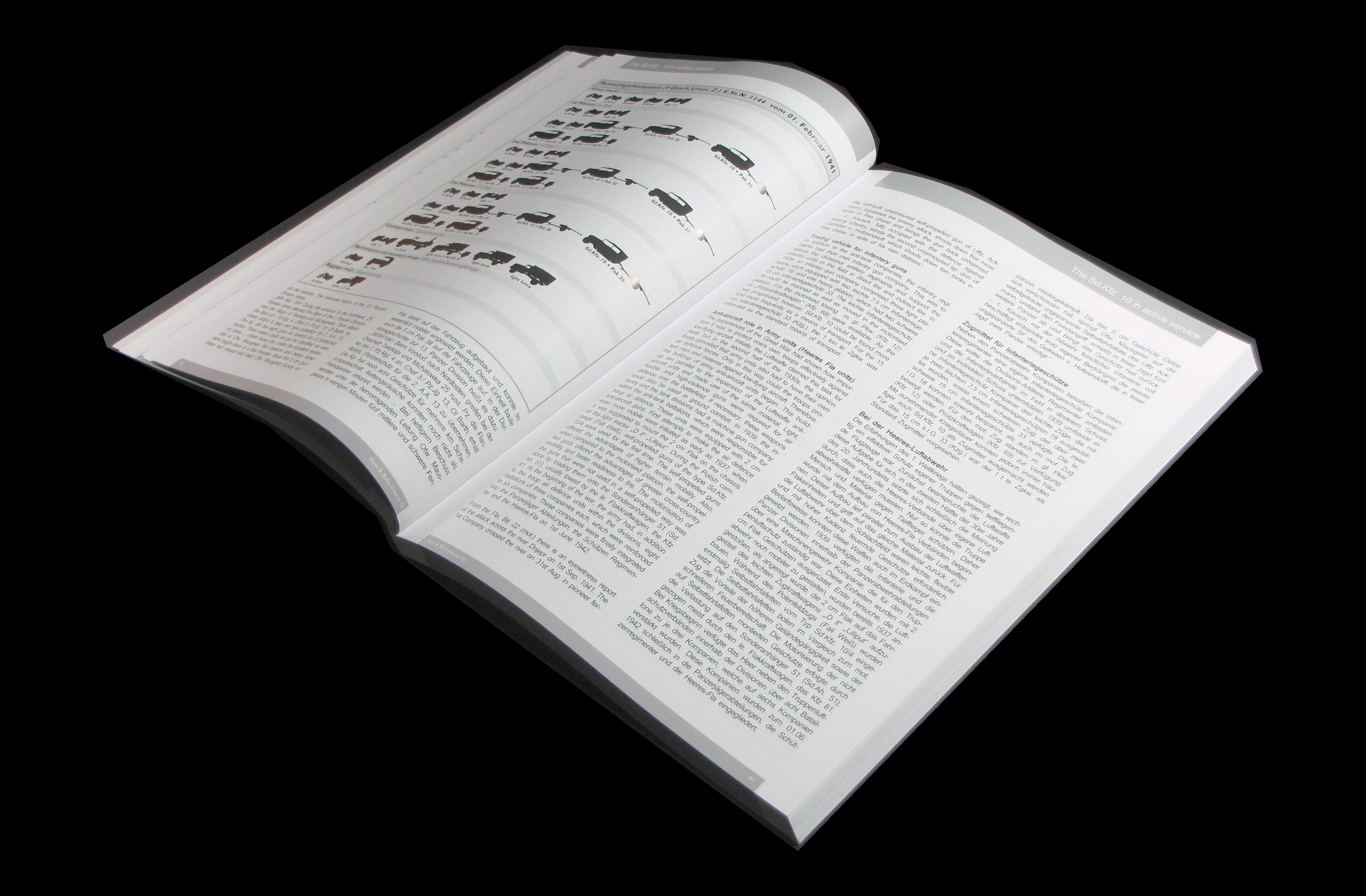 Next big section comprises the contemporary photos, 98 pages with two or three large photos per page from war time service and covering all variants.

Photos are clear and offer a good amount of information, even more thanks to the captions.

There are images of the prototypes, of all variants produced, field conversions and even some rare versions like a snow plug, a frame antenna or a twin machine gun mount among other.

Last nine pages are vehicles manufactured by Adler, including several views of the A 3F, a closed cabin version for high officers and staff.

All in all, an impressive collection of photos from a wide variety of fronts and situations. 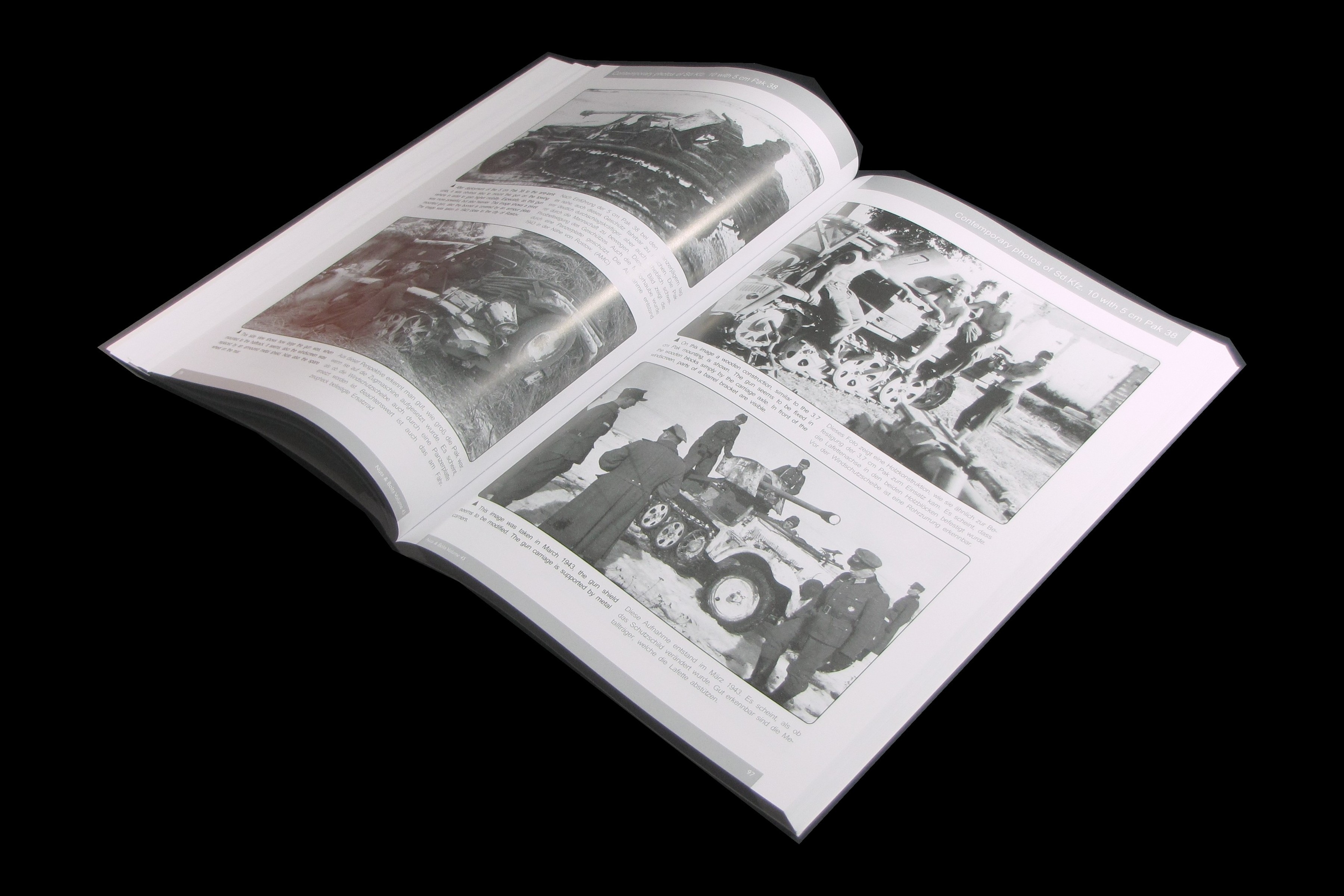 The scale plans account for the next 23 pages, with 1/35 drawings of the main variants by Lieven De Coninck. Most have at least the traditional five views (front, left, right, rear and top), and in several cases also four isometric views.

Colour profiles have been made by Laurent Lecocq and skilfully show the variety of camouflages used. The illustrations often show, apart from the side vehicle, enlarged details like tactical or unit emblems, and/or the photo on which it is based. There are vehicles in grey, winterwash, dark yellow and with green/brown camouflage. 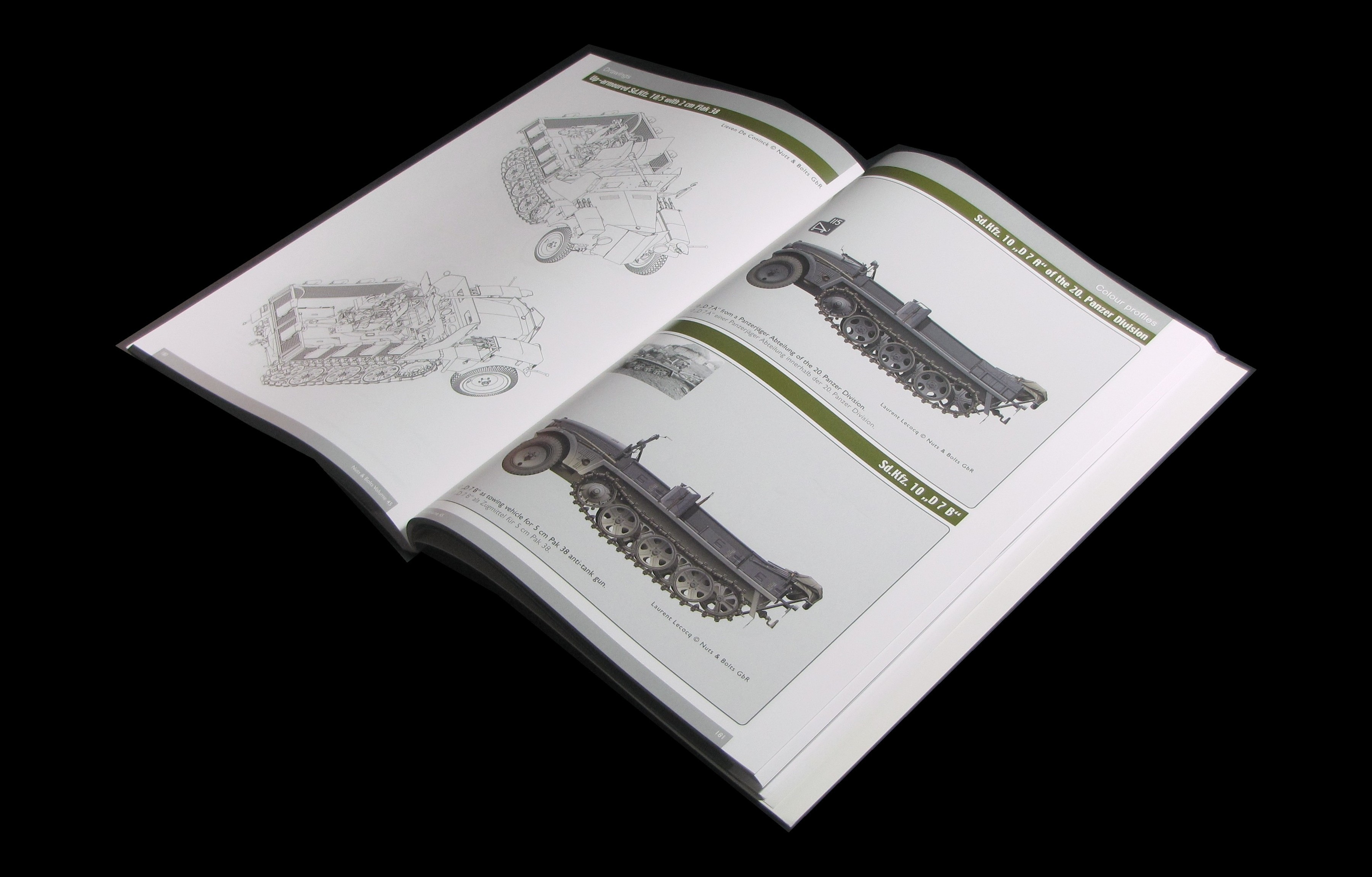 Another classical section on Nuts & Bolts which can not be missing is the photos of preserved vehicles, allowing to see much better detail than contemporary photos. At the same time, the captions help explaining what can be seen and identifying any part that could be missing or wrong on a restoration.

There are some 64 Sd.Kfz. 10 preserved, and eight of them are featured here including a 10/5 with a Flak 38. Photos are clear, crisp and varied. All areas are covered, exterior and interior and even including chassis and engine.

Finally, the last nine pages of the book have photos of two nice kits, built by Roland Greth (Sd.Kfz. 10) and Vinnie Brannigan (Sd.Kfz. 10/5) 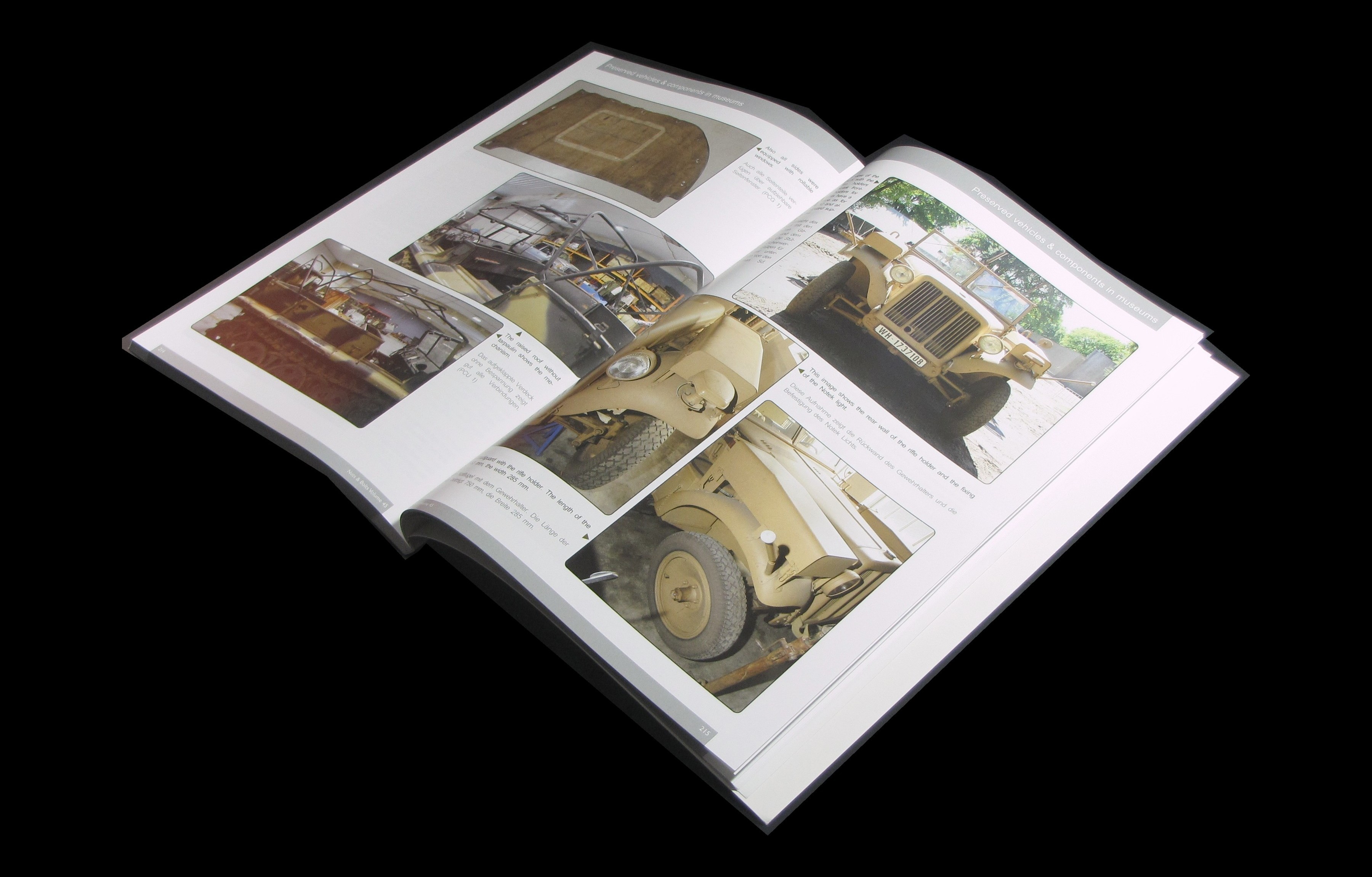 Nuts & Bolts offers again a well rounded volume, an exceptional reference for the Sd.Kfz. 10 with an amazing amount of information about its development, history, features and variants plus more than 440 photos, including almost 100 pages of contemporary photos, preserved vehicles with an excellent detail, scale drawings and artistic colour profiles.

No doubt it is a worthy companion to the rest of halftracks histories on Nuts&Bolts series.