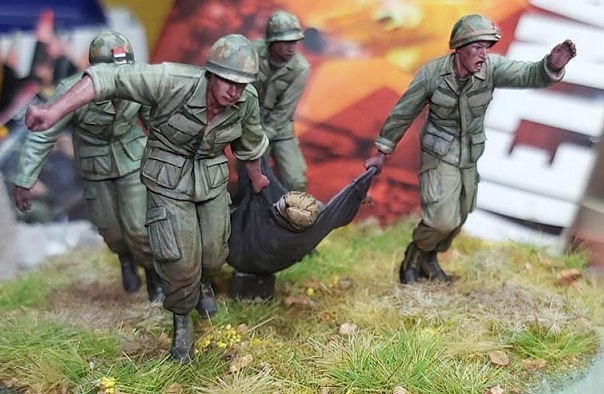 Inspired by a real time photo from Vietnam War, Giang Xuan Le 3D designed the figures. The figures are cast of resin from 3D printed masters. 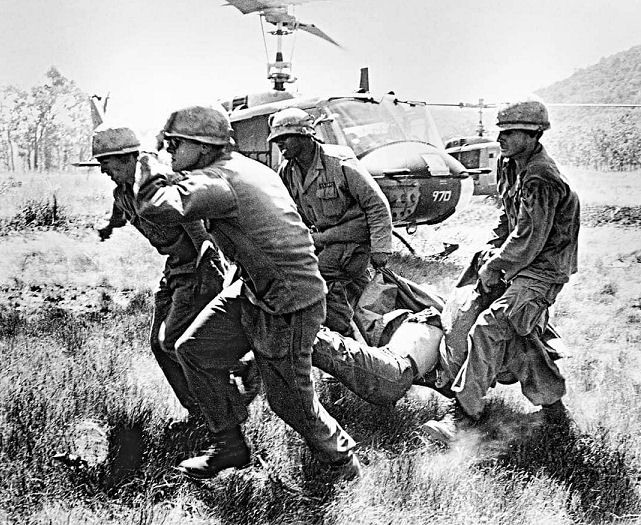 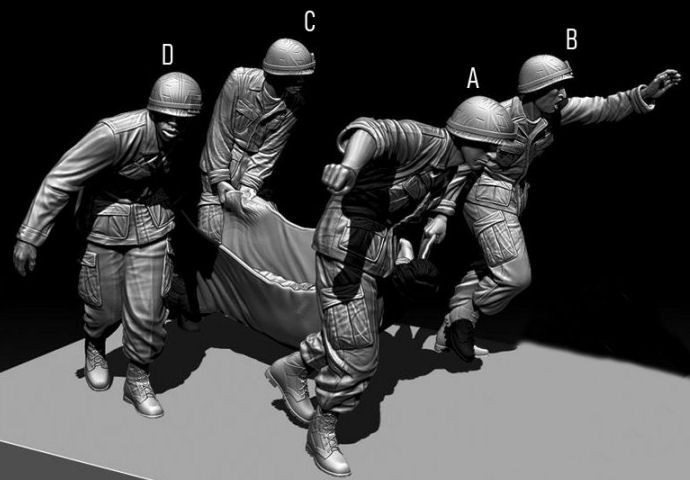 Resin quality is good and there were no casting mistakes on the samples. Just a quick cleanwork to remove a few seamlines and flash resin between legs will make the figures ready to paint. 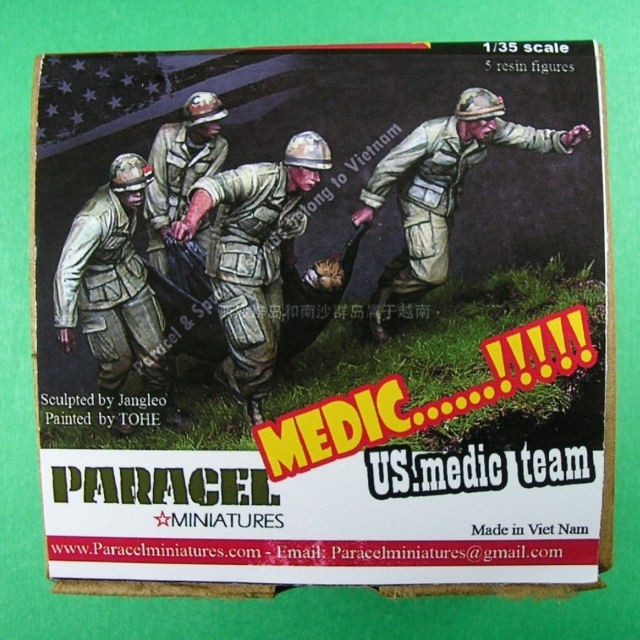 Figures are nicely designed in proper body proportions . Poses and body balance of soldiers carrying a wounded are well defined.

Each figure comes in 3 parts ; body with head and seperate arms. Sprues are marked with letters to match the arms to the figures easier, but as the letters are slightly visible it will be better to use the boxart for this process.

They all wear 3rd pattern standard uniform of button-front jacket with two chest and two waist pockets with flap covers, trousers with two cargo pockets on both sides with flap covers and leather/canvas jungle boots. Clothing details and folds are realistic.

Heads are cut for the fit of helmets and show nice facial features. Two soldiers are Afro-American and facial details like high cheek bones, wide nose and large lips are well represented.

Four seperate helmets are supplied in the kit on the same sprue. 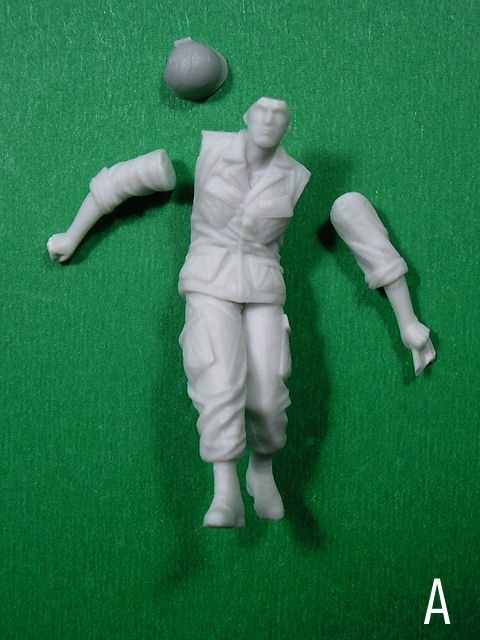 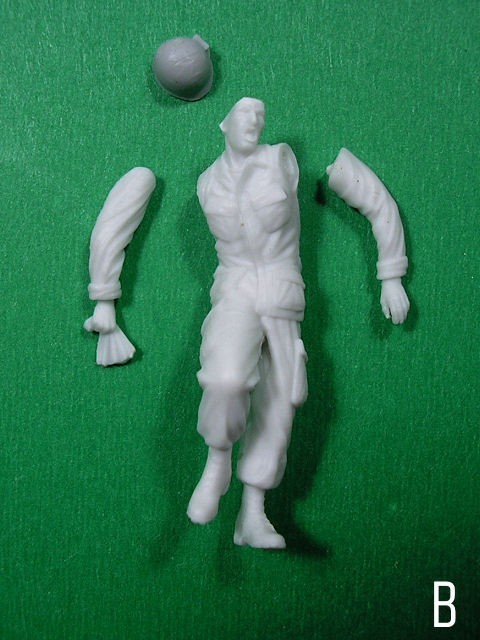 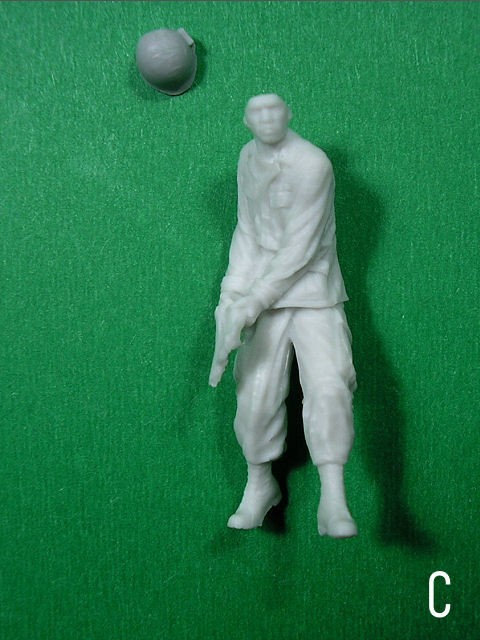 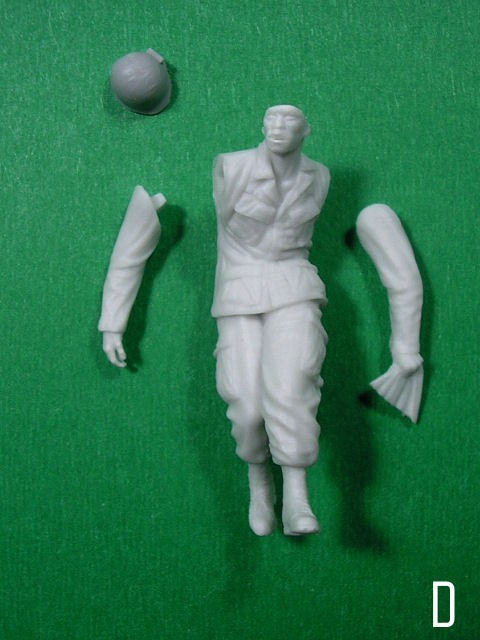 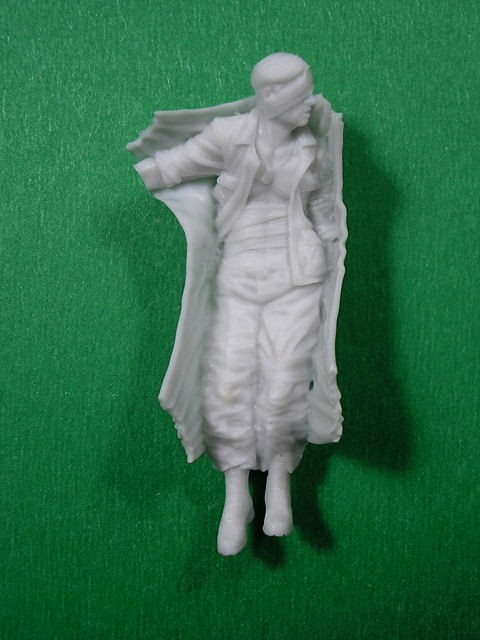 This is really a unique set to display on Vietnam War dioramas especially next to a Medevac helicopter.

Assemblying four figures in proper poses to a canvas stretcher/blanket may look a little harder but cloth ends cast in arms make a very good fit to the canvas. 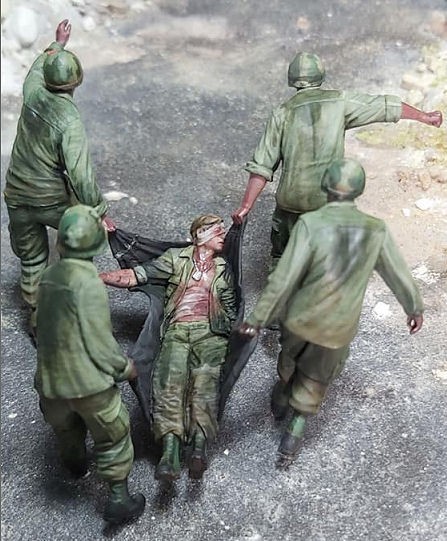