Meat grinder, the battles for the Rzhev Salient by Prit BUTTAR

Kylie Newton
posted on 1 month ago
2,264
views
A great read of a well-researched series of battles on the Eastern front. 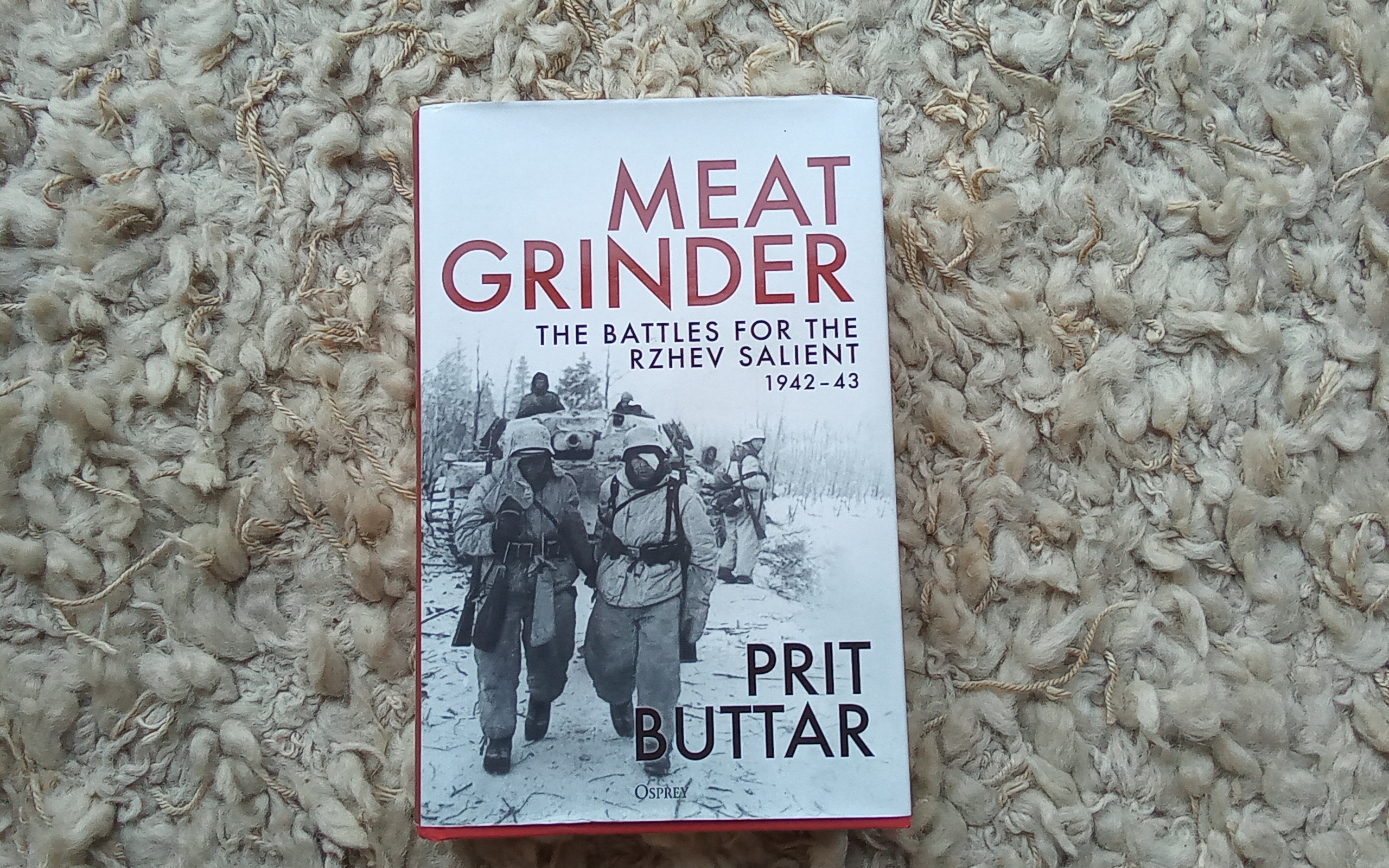 By Prit Buttar, from Osprey

Review in summary, a fantastic read of a little recognized battle (albeit over several months) that is often in the shadow of Stalingrad.

I started reading the book and immediately also started taking notes about points to mention in the review. I gave that away after a few chapters, there is so much to take in here, whether it is the range of characters, places, dates or discussion of the same. The book is balanced, evenly focused on both sides, pointing out the flaws of both sides’ actions, with some analysis thrown in here and there. I did like how the author provides some background to elements where relevant or necessary. For example, Mars department of the Germans was a double agent, whereas Operation Mars was the Soviet operation to encircle the German salient at Rzhev; there is a summary of Großdeutschland's history, and profiles of major players from both sides which add context to decisions, among others.

The book includes a discussion on the tactics used by both sides, and how poorly the Russians did. It would seem that the Russians had the view that if a bayonet charge on an emplaced machinegun failed the first four times, then (a) it was because the plan was poorly executed, and (b) it will succeed the next time. The Russians were slow learners and took the maxim of “quantity is a quality” to the absolute nth degree. Whole armies were thrown against German positions to no avail, hence the title of the meat grinder. The Russians did learn and started flanking attacks, forcing the Germans to adapt, which they did, and the Germans for their part could be counted on to counterattack, which they did will ruthless efficiency.

For the Germans, they were never able to muster sufficient forces to either make good on their advances or sustain their losses. They repulsed wave after wave of soviet soldiers for minor losses in terms of dead or wounded, but had no reserves to backfill gaps in the frontline. German tactics kept them in the game until it was unsustainable and clear they were not going to win this fight. This was compounded by decision making back in Berlin by the little corporal, you know who, and on the Russian side, by the great man himself.

Diminishing German resources, whether soldiers or AFV, forced their hand as much as the Russians. And overarching that was the weather, which favored neither side and took its own toll on men and machine, and is well covered off here, getting its own mention, adding to the thoroughness of the book.

The author makes good use of personal interviews and memoirs from soldiers who were present, and the generals involved. Some of the reflections from the generals are a little self-serving as you expect from men who made poor decisions with flagrant disregard for the lives of the men carrying out those decisions.

The book is well written and gives a great overview of this series of battles that lies in the shadow of Stalingrad, if a little impersonal due to the share number of persons involved notwithstanding the use of first person interviews and memoirs.

To close with a quote that sums up the war on the eastern front, "... But the Supreme high command refused them all, acting according to the objective not to give up 20 of the conquered 1,200km. And yet it is completely irrelevant where in Russia we are." p.81, General Gotthard HEINRICI, Commander XLIII Corps, later commander Fourth Army in a letter to his wife, December 1942, explaining the argument to withdraw in order to save man and material to fight another day.

Grab it, read it, and learn a little; I did. 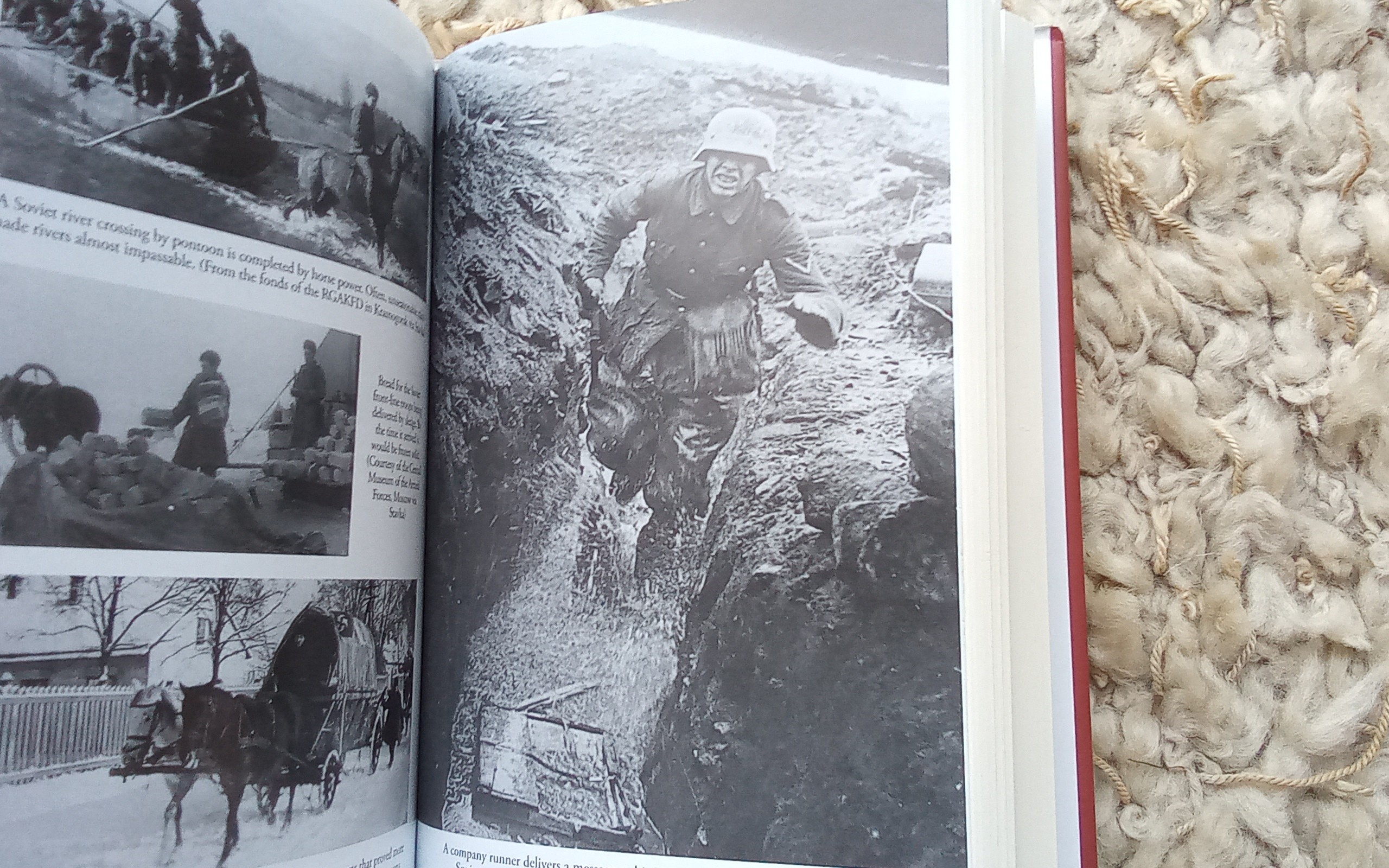 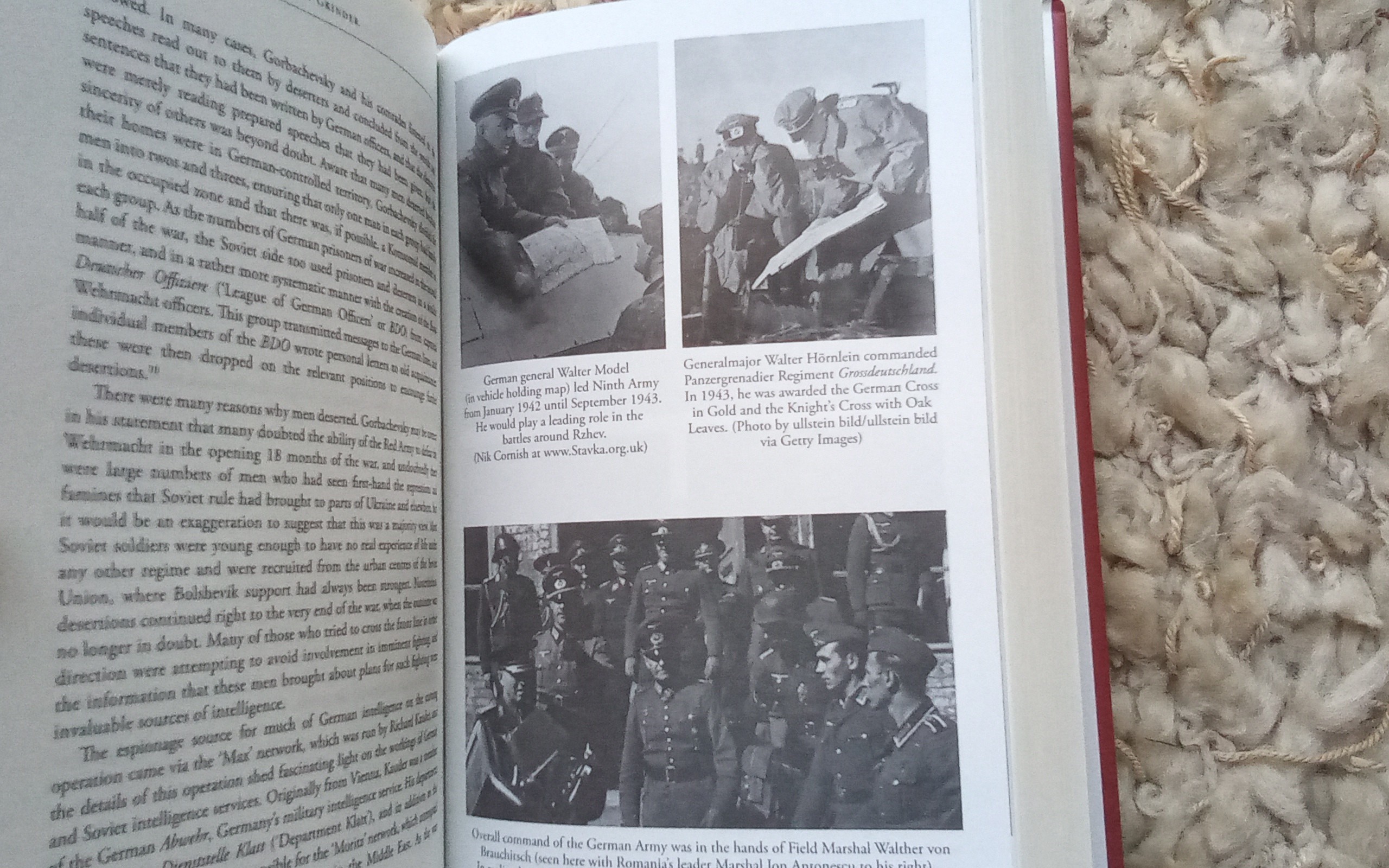 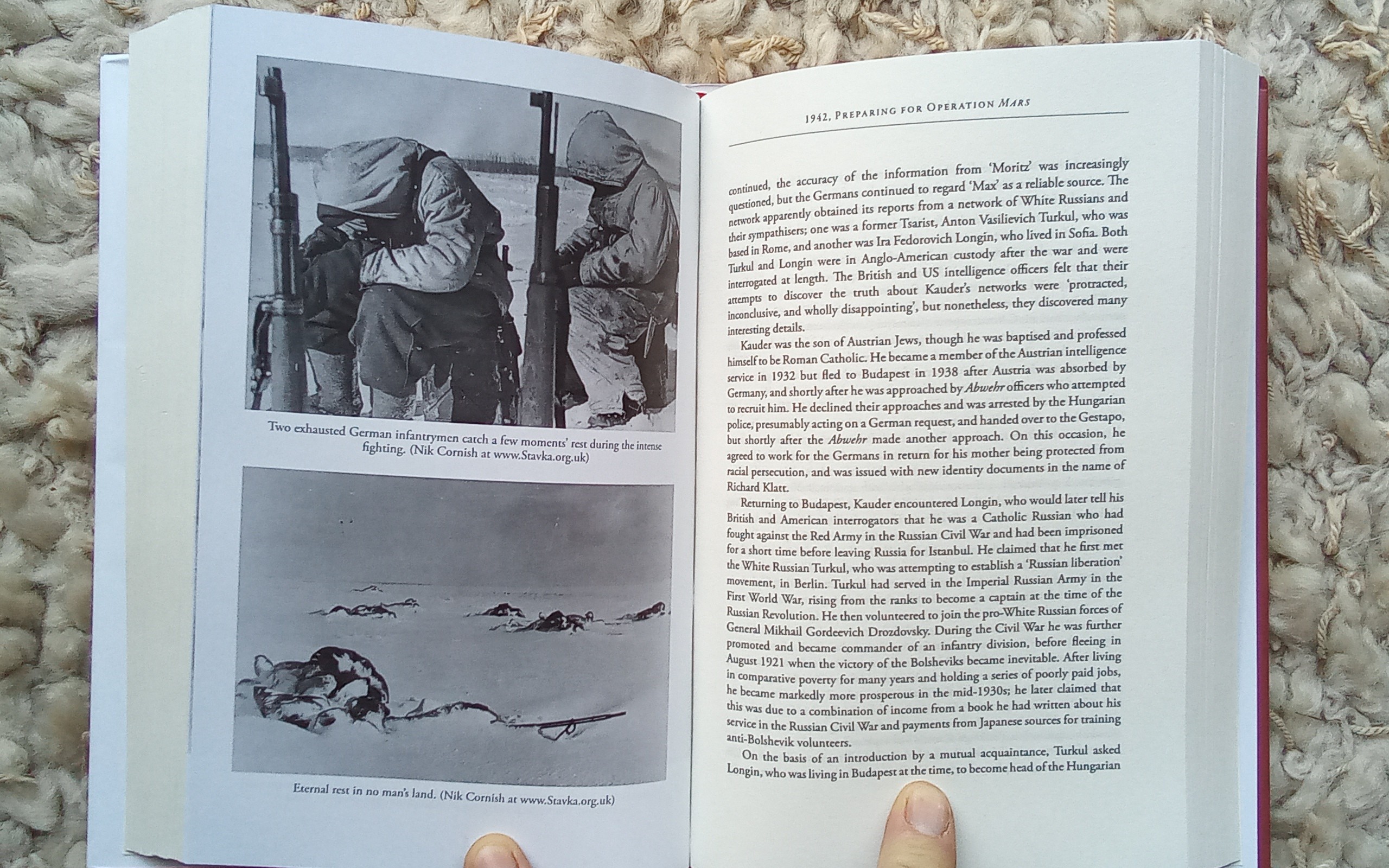 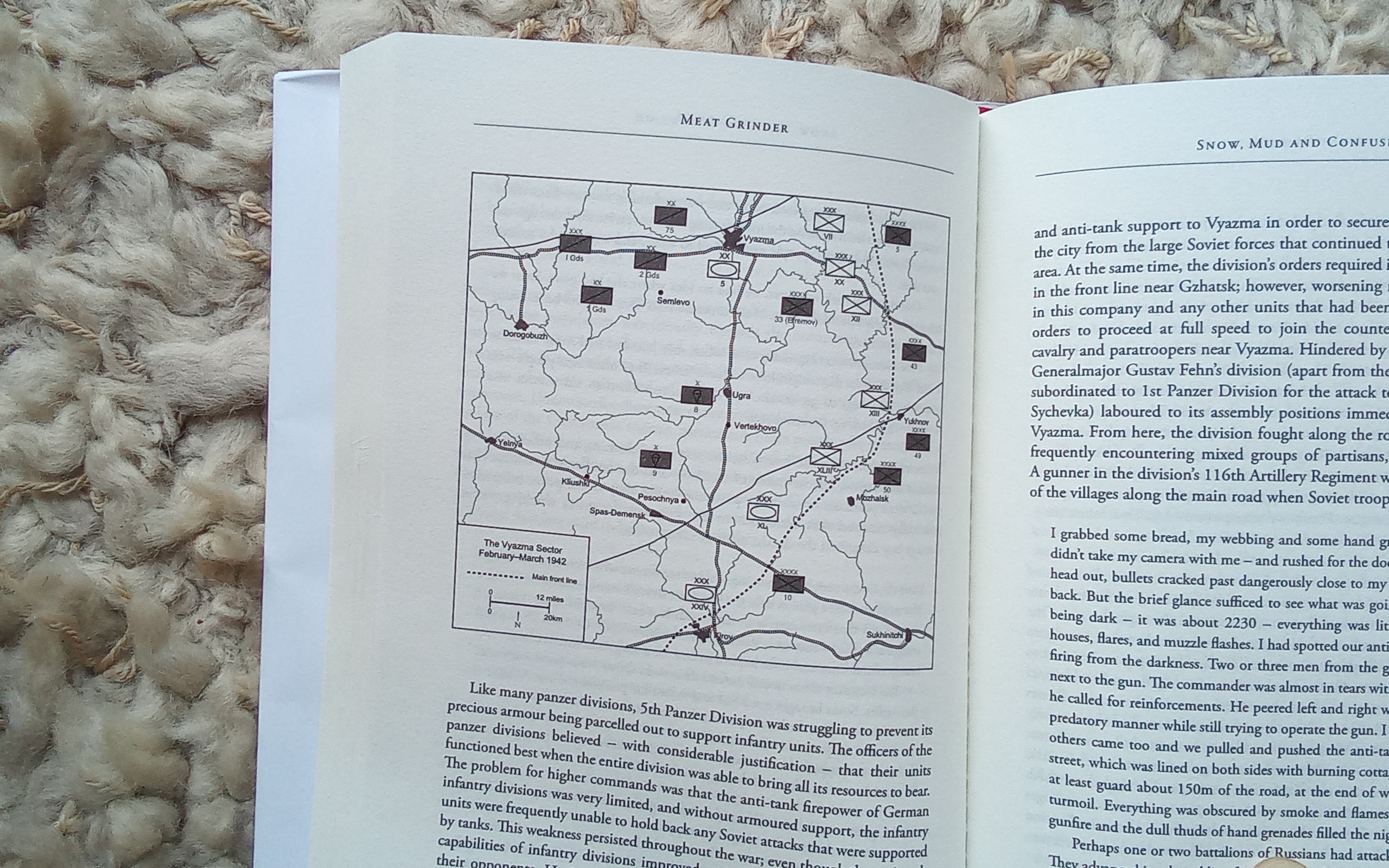