Robbo Roberts
Editor
posted on 5 months ago — updated on 5 months ago
1,656
views
Adie Roberts takes a look at the first, Mr Black Publications in collaboration with LifeColor using lifeColors acrylic paints for modelling created by Benedetto Iezzi to see what the difference is between this and other painting guides. 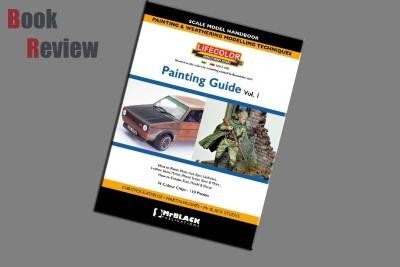 The creation of Lifecolor: Benedetto Iezzi was a great ship modeler who was very fond of his hobby. At the beginning he founded a small artisan business in the centre of Genoa with other partners. Genoa is a port city and the capital of northwest Italy's Liguria region. It's known for its central role in maritime trade over many centuries and quite possibly where Benedetto’s love of ship building came from.

In 1986, following the acquisition by the Italian company Astromodel, leader in the wholesale import and export of modelling items, that Lifecolor was officially born as a brand name known and appreciated in Italy and in the rest of the World.

The book itself is a softback glossy cover with a stapled spine and a pagination of 36, the pictures on the front cover are of two of the builds within the book  The publisher is Mr Black Publications in  collaboration  with Lifecolour paints.

This is the first painting guide produced in close collaboration with LifeColour Acrylic paints by Astromodel. S.A.S.

First impressions, glossy covers, and glossy pages, but it is it up to scratch?

The first subject of this modelling guides a vignette of a Soviet Army female sniper from the second World War, ironically, I used this for inspirations In War and Peace on the 19th of January 2022, before I knew about this new modelling guide.

The figure itself I had not seen without paint on it till I got this guide, the figure looks good with all the detail that you would expect to see like the eyes, nose, mouth, hair, and facial expression, a mixture of trying  hard to find her next target, and maintain her concentration, for me, this sets the story. The uniform and the crease folds are particularly good. But the whole thing comes to life when you go through the build and painting guide. Christos Katselos is a friend and a member of In War and Peace and using LifeColor acrylic paints for the first time, he really does a fantastic job, using only paint brushes (as mentioned above) he tested the LifeColor paints out, pushed them particularly with the blending process, to leave the minimum number of brushstrokes.

The factory base that he used from Legacy Miniatures  is sadly out of production but could be replicated by a little bit of scratch building or  you could try Fields of glory models who make a wide variety of different bases crumbled walls that you could use. Alternatively, you could try your local dedicated model shop for something similar to use for your base.

Starting with the introduction and all the products used to build this figure you then turn the page and now you have a guide giving you all the information for the build and painting process. All of these are in parts with a high-res picture for each part. With nine hi-res pictures in front of you, each one numbered and full information about each stage of the of the painting process making this guide for me a difference in that it goes the extra mile in its content to help you achieve the same effects.

This is the same for the painting of the Soviet female sniper figure, this part of the guide starts with 20 hi-res pictures, again with a full instructional step by step guide. This really does make you feel that you are able to reproduce the work to the same standard as the modeller who has produced the work for this painting guide in this case Christos Katselos.

This is the second painting of figures in the Painting guide Vol 1. The thought of being able to paint figures to a high standard in a short time, for modellers like myself this is very exciting. I am a modeller who loves to be able to bring history back to life by way of dioramas. I know for a lot of modellers when it comes to painting figures and getting the detail right especially the eyes and shading of the face, and not making them look like they have just come of the latest extra-terrestrial Steven Spielberg film. It is after all the first-place people look at figures that may look amazing from the back only to see that one eye is much larger than the other or misshapen, this can make a huge difference between stunning work and a modeller getting upset and not finishing his or her work. Modeller’s block!It is real you know!

This section gives you the tools and knowledge to put this right and make better painted figures. In much the same way as the first subject the female Soviet Sniper figure, you have in front of you several high-res pictures and another step-by-step guide to help you achieve the same results as the ones in the pictures. Starting with the clothing in this case the German tanker winter trousers you have all the paint numbers that they used and mixes they used before they go into detail on how to paint it. This same presentation through all the different sections, flesh, eyes, hair, wooden pipe, and scarf, Whitemixes that were used on both figures, panzer jacket and boots, parka, belts, and leather items plus LifeColor chips used (paint)

Once again, we have a selection of hi-res pictures, one of the Revell boxart, three of the GTI and one picture of a Volkswagen Beetle.

The shell of the GTI has a liberal coating of rust and to me that looked quite amazing in itself!

Set in the same way through all of this guide the painting guide to the GTI follows on with an introduction and then on to the painting I think because of the size of the GTI the hi-res pictures really stand out with each different part of the painting beit individual panels different tones of rust really emphasising panel lines and giving the different ages of the rust.

This is of course in with each individual painting is a full description of what to do and what to use beit the rust or shading and paint work this is so easy to follow and can only help you understand the different processes and with this help you could really raise your level standard of modelling . Going on we go through the mould, grime and decay process is very interesting as he gives you the instructions and tools making it easy to replicate the leaking and stains. It finishes up with a conclusion and a mention of the part two which is the Volkswagen Beetle so gives us something to look forward too.

So, what makes this different from any other modelling guide I hear you say, it is one of those guides that feels it has something different about it. As I said earlier it is very easy to follow and the level of information, and I know many guides have this, but to me it feels like nothing has been left out. To go into intricate detail about the tiny parts for painting and list all of what they have used whose product it is even down to the paint brushes used. But one thing that is even better it follows with the first painting guide, a section, well, two pages in total giving some significant history to the main representation in this case the female Soviet Army snipers. This is something that is different for a start I do feel that if you are going to build, review, paint, or publish you should know a bit about the subject that you are doing, it is a real pity that more historical value is not in more books. I would recommend this, the first of many I hope painting guides to come from the collaboration between Lifcolor and Mr Black Publications, yes totally I would. Excellent value for money and goes that extra mile.

Final piece I would like to take this time to thank Rolando Iezzi from LifeColorfor his support and help, also a special thanks to Lisa at the Airbrush Company for the samples and painting guide and continuing support. One last thing if you are having issues trying to find this LifeColor painting guide or any of the paints the Airbrush Company are the UK importers of all LifeColor products and you can always buy direct from them at https://www.airbrushes.com/ 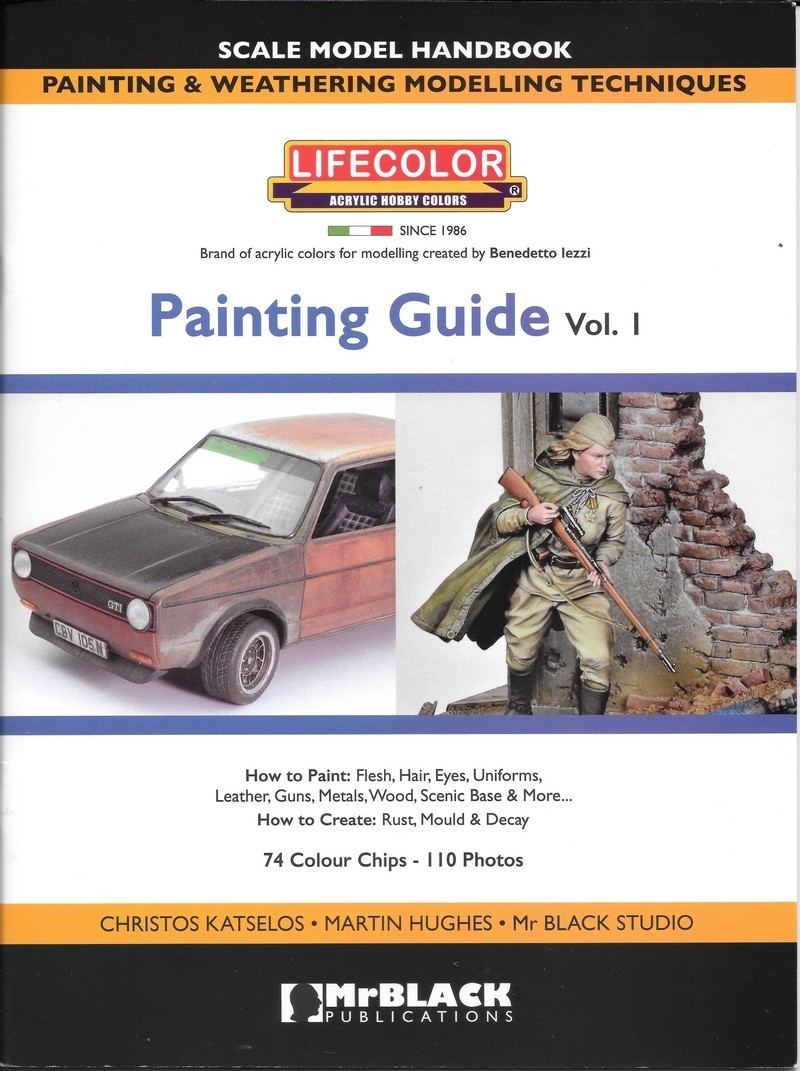 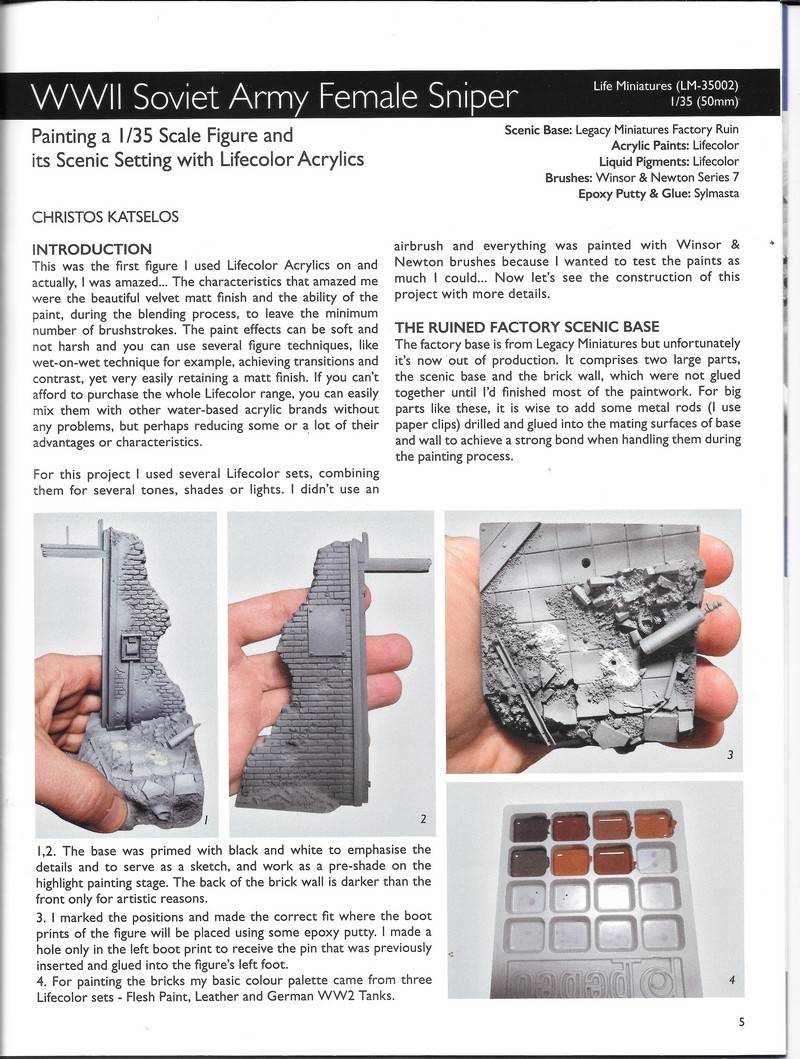 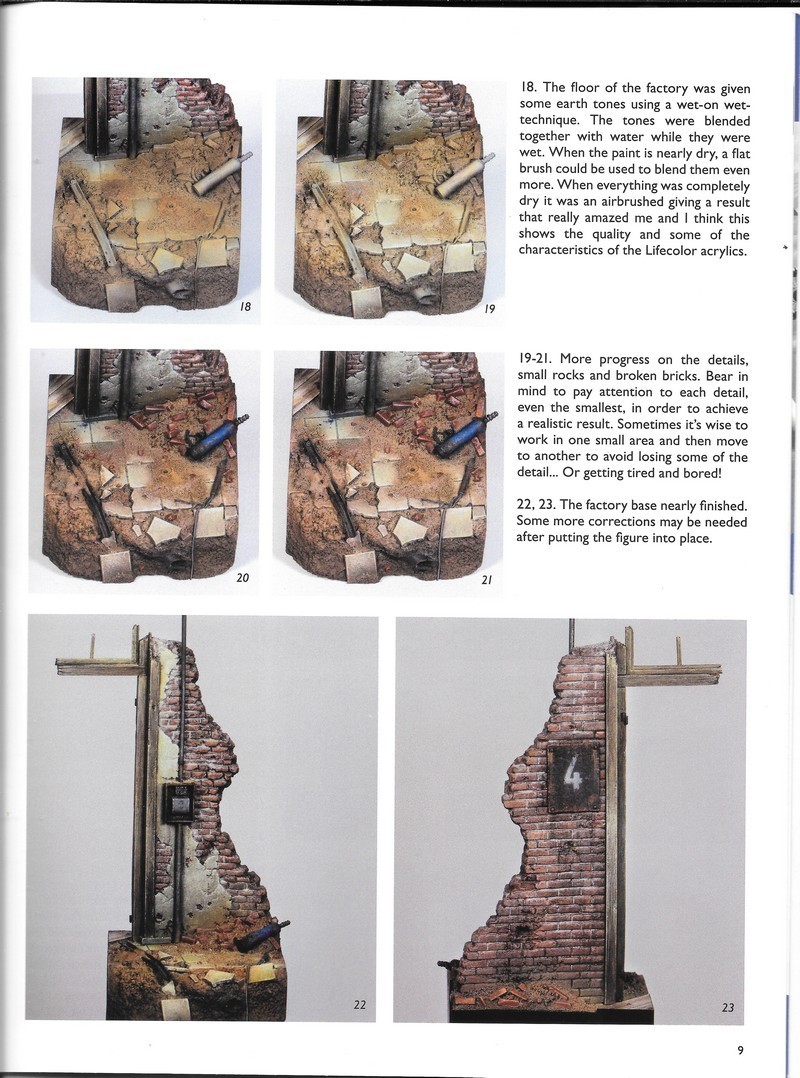 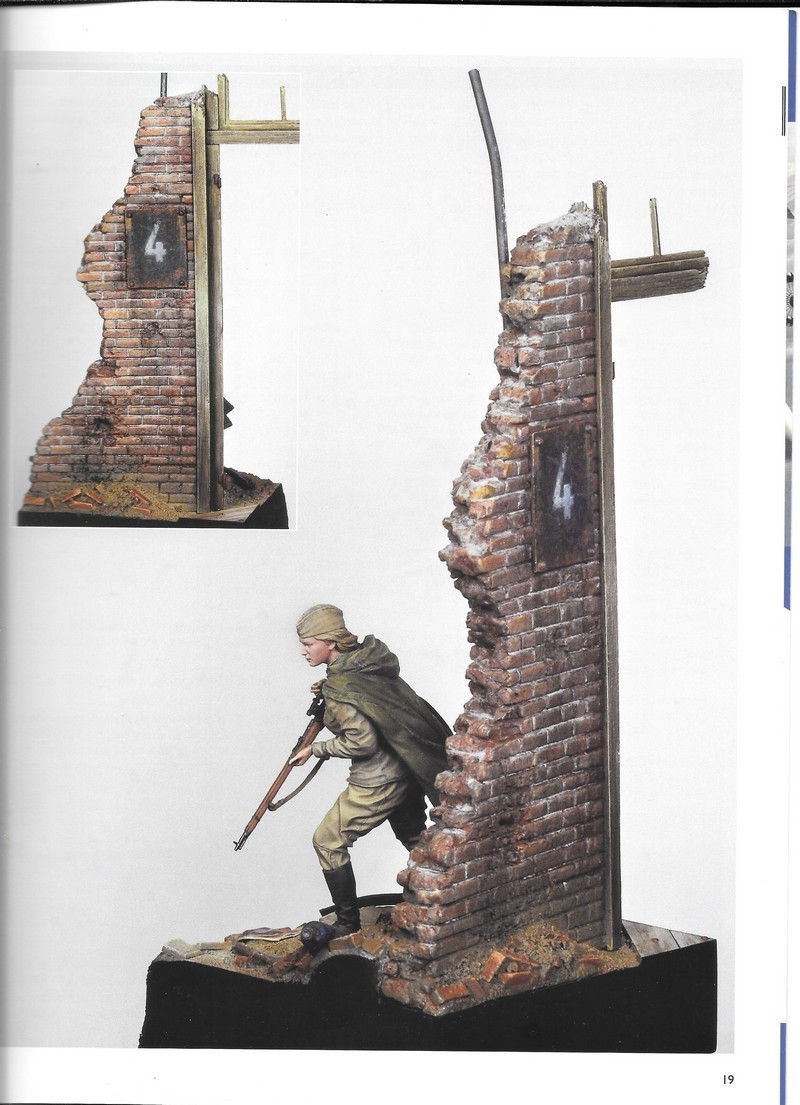 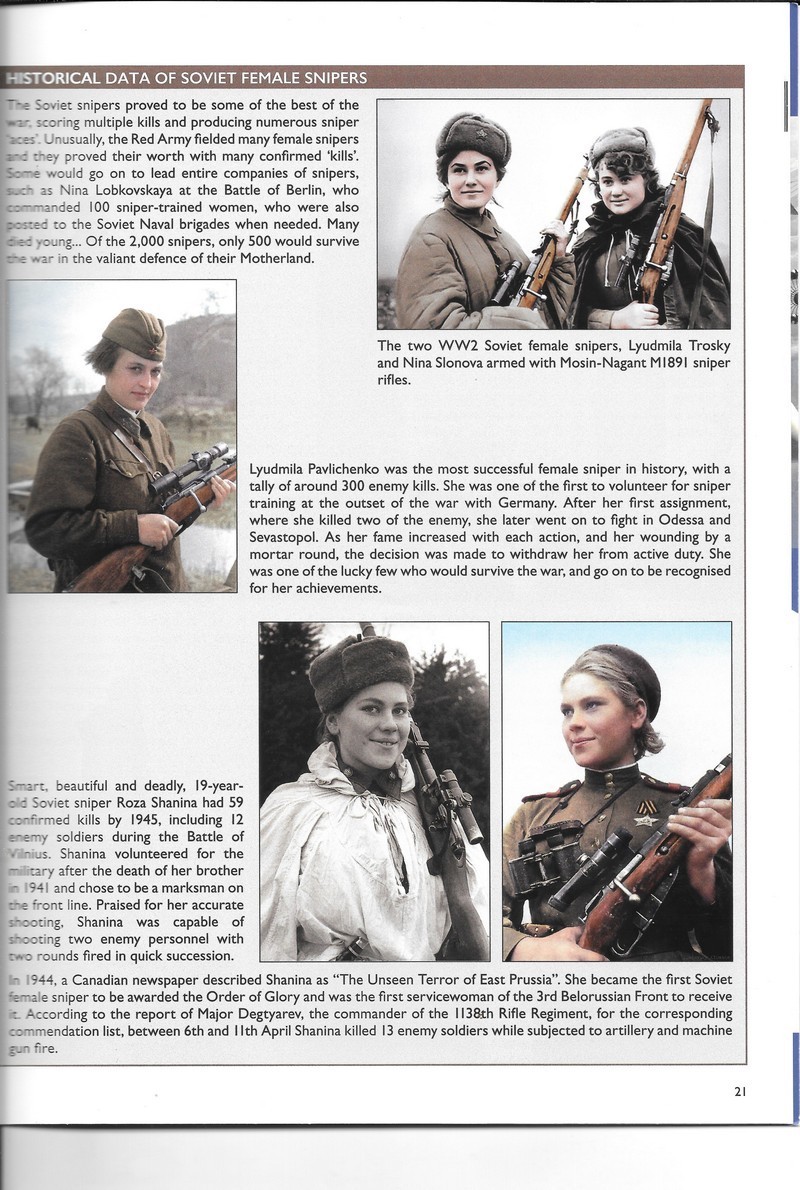 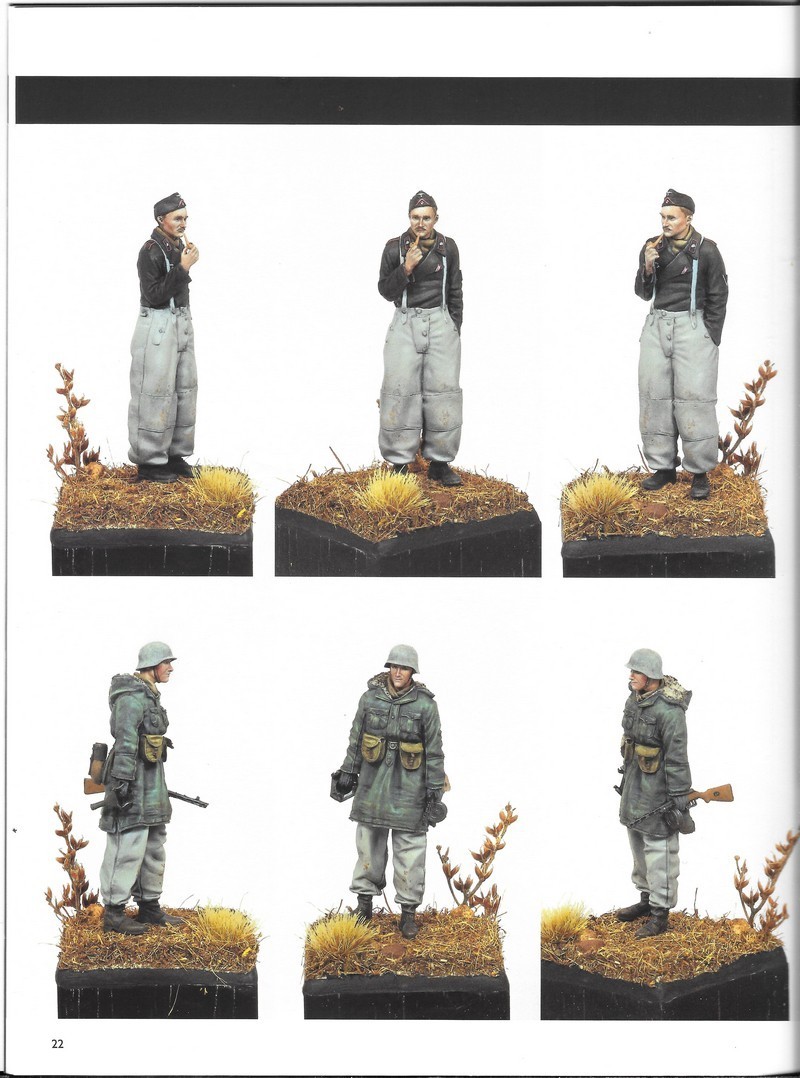 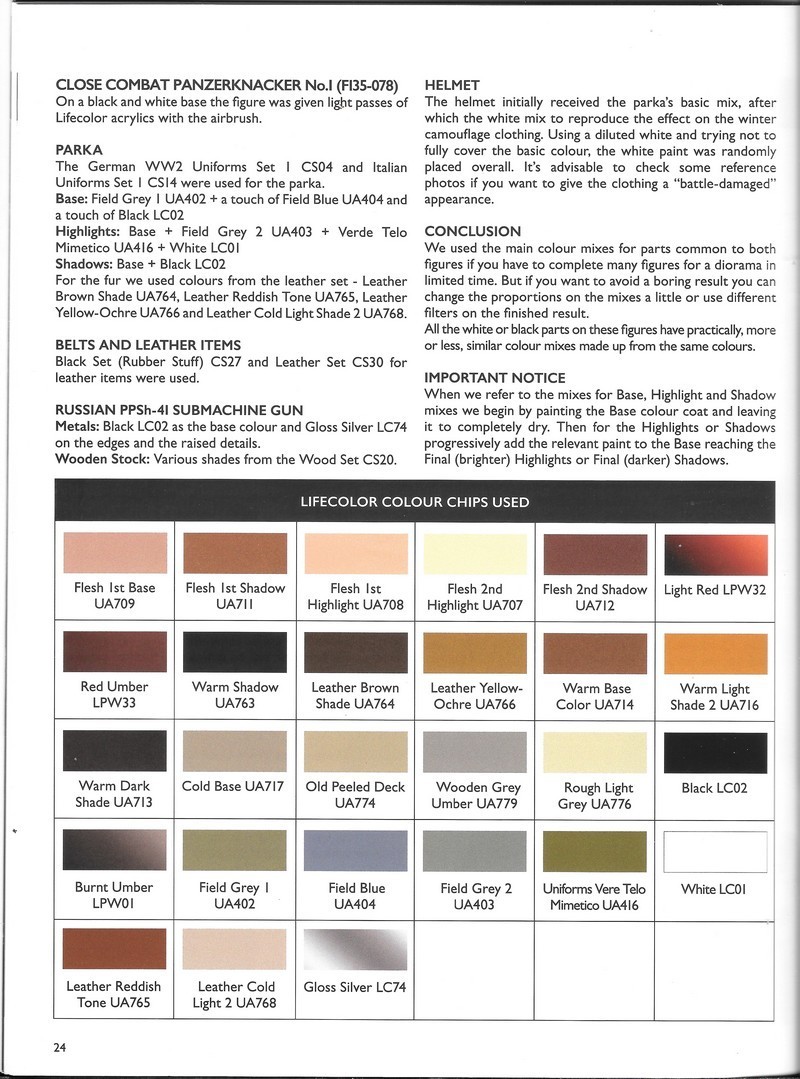 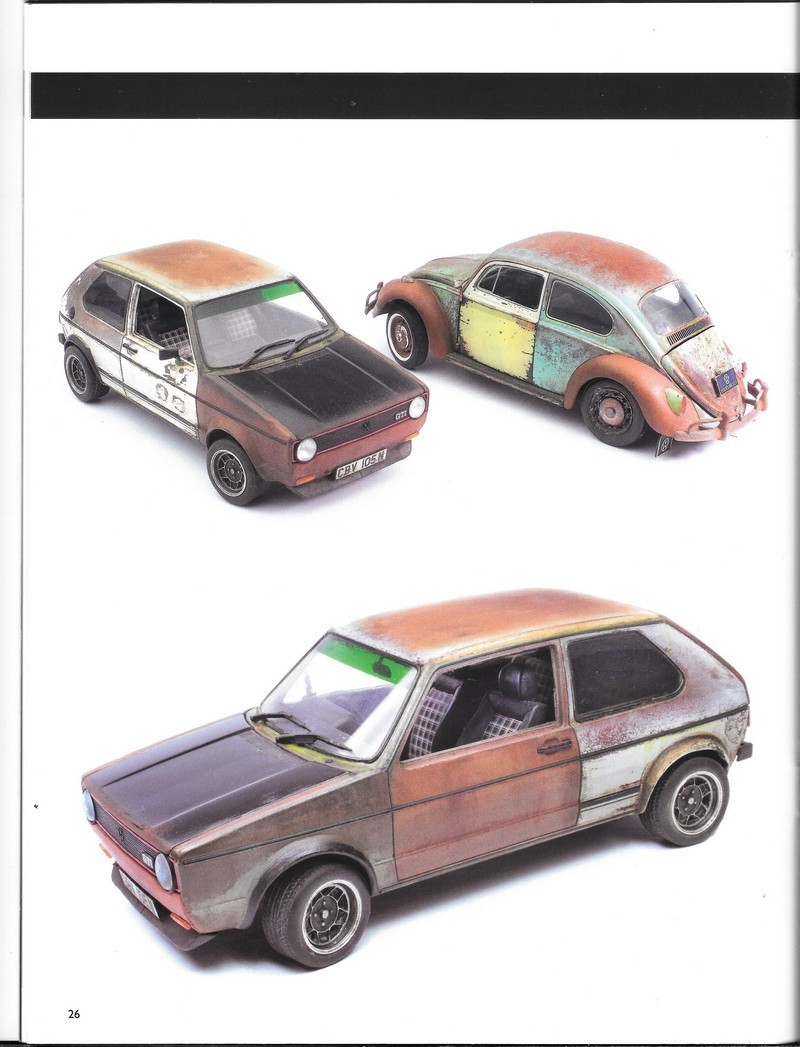 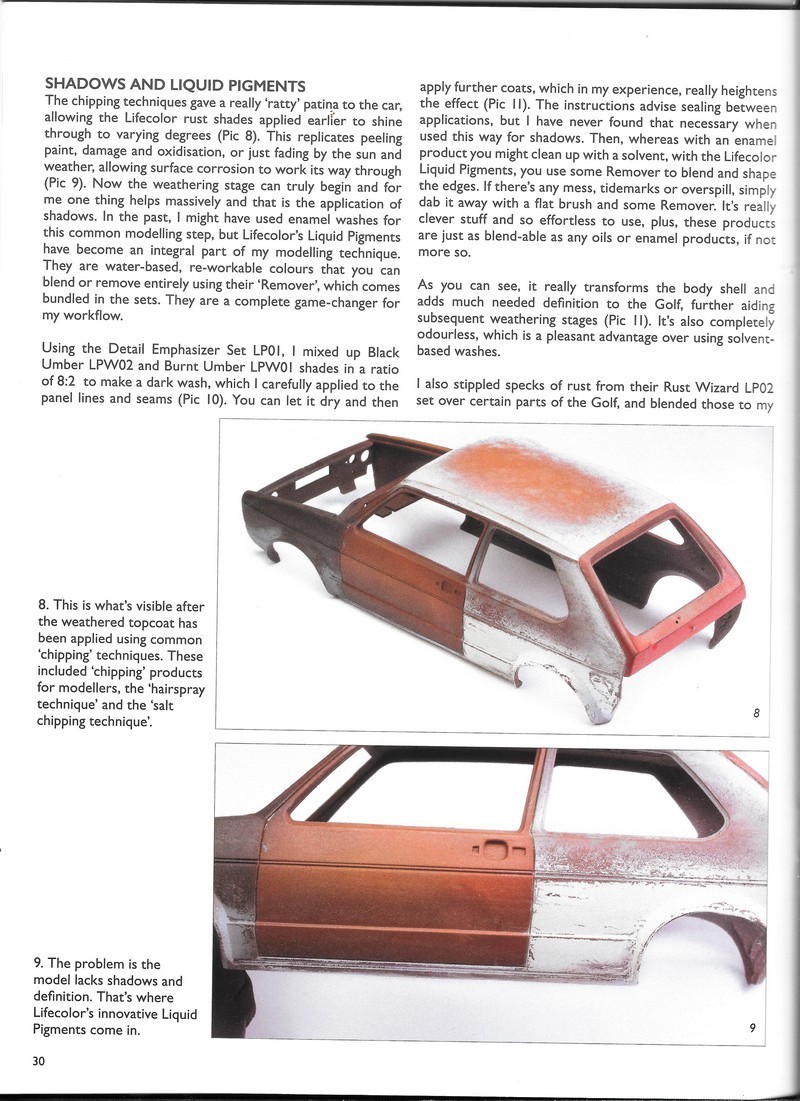 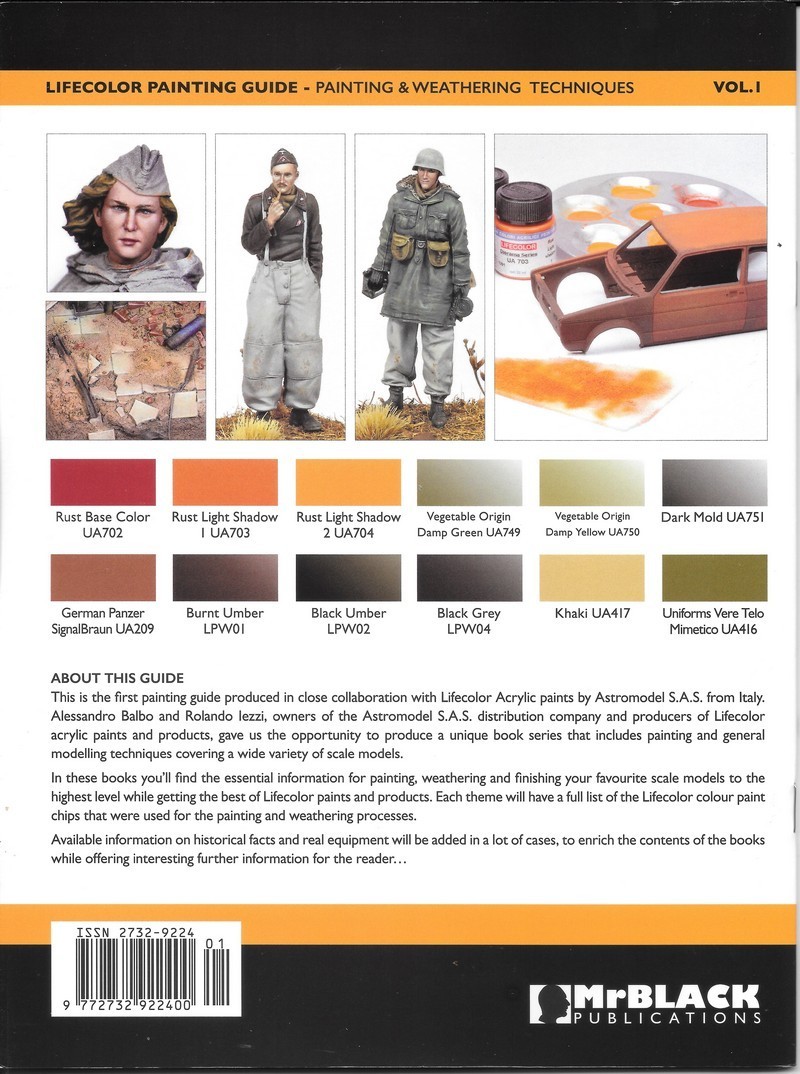