Kylie Newton
posted on 3 weeks ago
987
views
Review of this Osprey title from Steven J ZALOGA, #85 in 'Weapon' series, paperback, 80 pages, with text, illustrations, tables of information, and more than a few photographs. 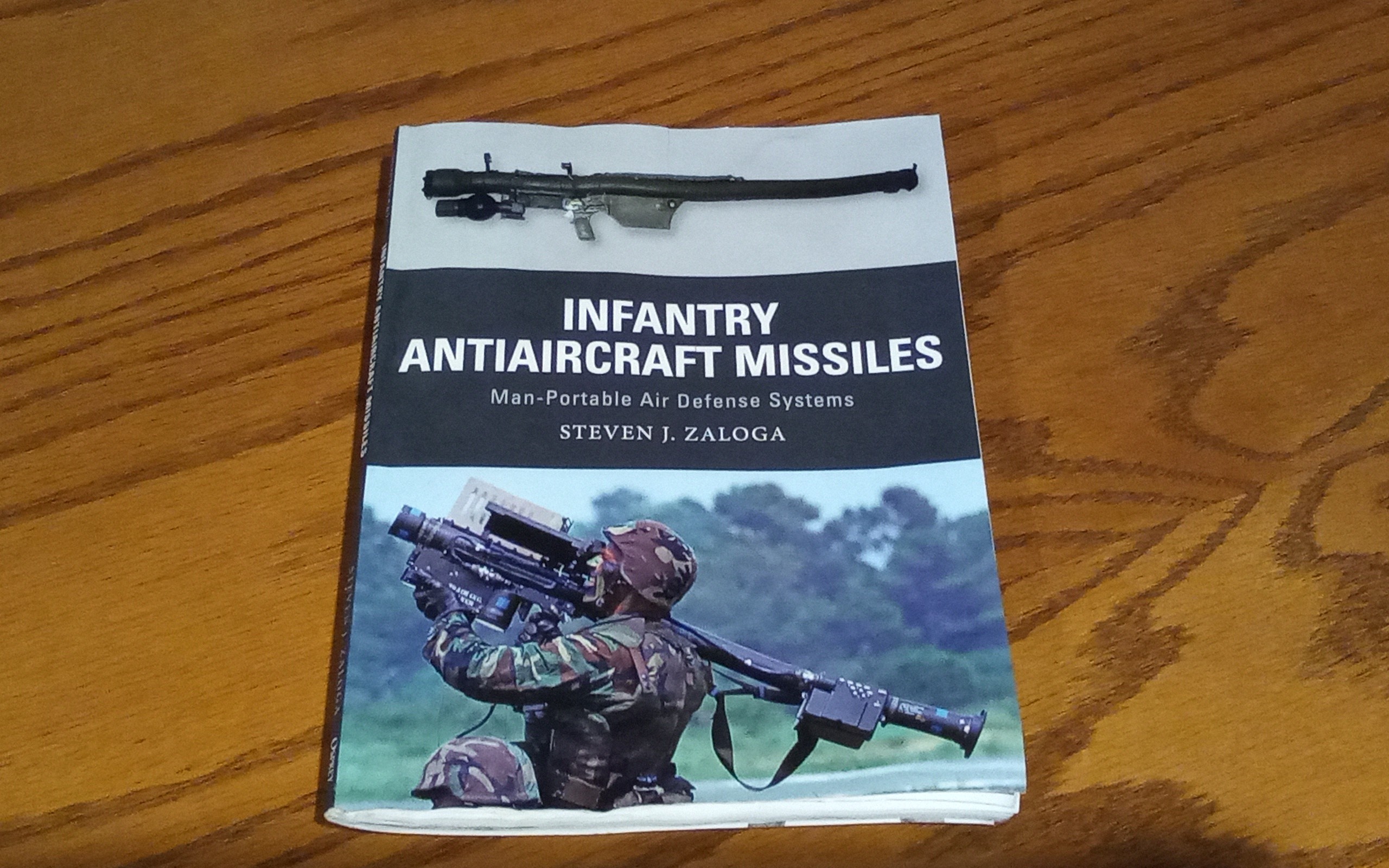 Caveat, I am a Steven Zaloga fanboy from way back, but will put that aside in reviewing this latest title.

The book is fairly straightforward in that it consists of

The book starts by looking at the unguided Fliegerfaust of German World War Two origin as the first attempt at a MANPADS, which is shorthand for MAN Portable Air Defense Systems, and covers guidance systems, counter-measures, counter-counter-measures, the contenders, whether that is US, Soviet, or European, and a brief discussion of the effectiveness of MANPADS on the modern battlefield (it is debatable).

In Development, I particularly enjoyed the section on guidance systems, hit probabilities, and the lineage of the Sidewinder to MANPADS. The Americans led the way in development of MANPADS, closely followed by the Soviets, and then other parties, be they French, English, or other. This sections looks at the SA 7, Stinger, Blowpipe, Javelin, Starburst, Starstreak, and European options, the RBS70, Mistral, and Sungur. There is a discussion on how the French went for a heavier option on a pedestal with greater range over, for example, the Stinger, which was a true MANPADS, being shoulder fired.

Use, looks at the MANPAD in action in the following wars / conflicts in chorological order: Mid-East wars, Vietnam 1972-75, air wars in the Americas,  Namibian/Angolan conflict of 1979-88, Afghanistan, Iraq, Yugoslavia, Russia's 'near abroad', and Syrian civil war. It is very current. Also tucked in here is a brief discussion on the proliferation problem.

The conclusion looks at continuing efforts to shoot down aircraft, and the equally continuous effort to avoid that fate.

Not a long read, easily done over a weekend, or two coffees in an afternoon, there is sufficient here to inform the casual reader interested in SAM technology in a language that is neither dry nor dull, and still relevant to modelling. 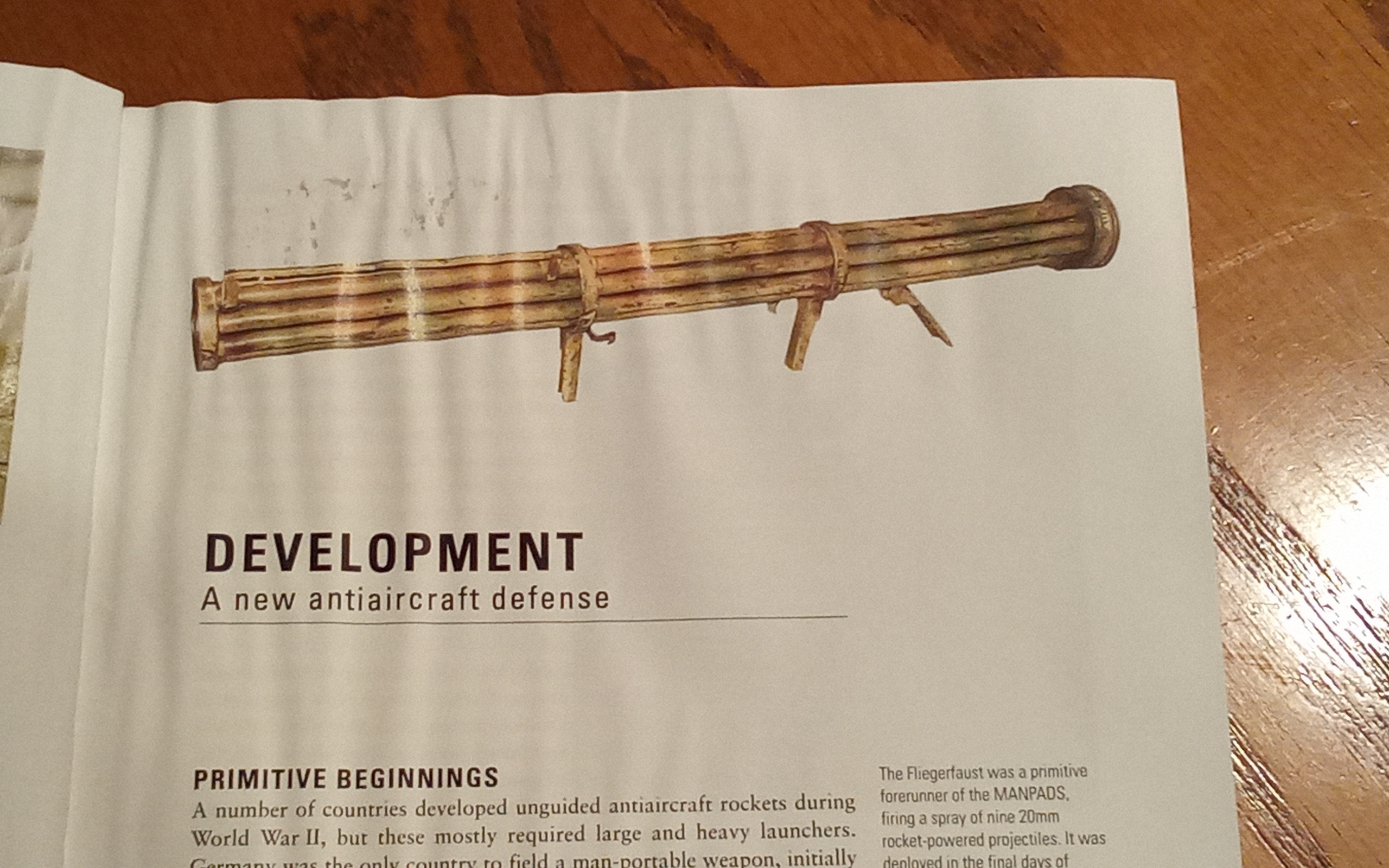 how the seeker works... 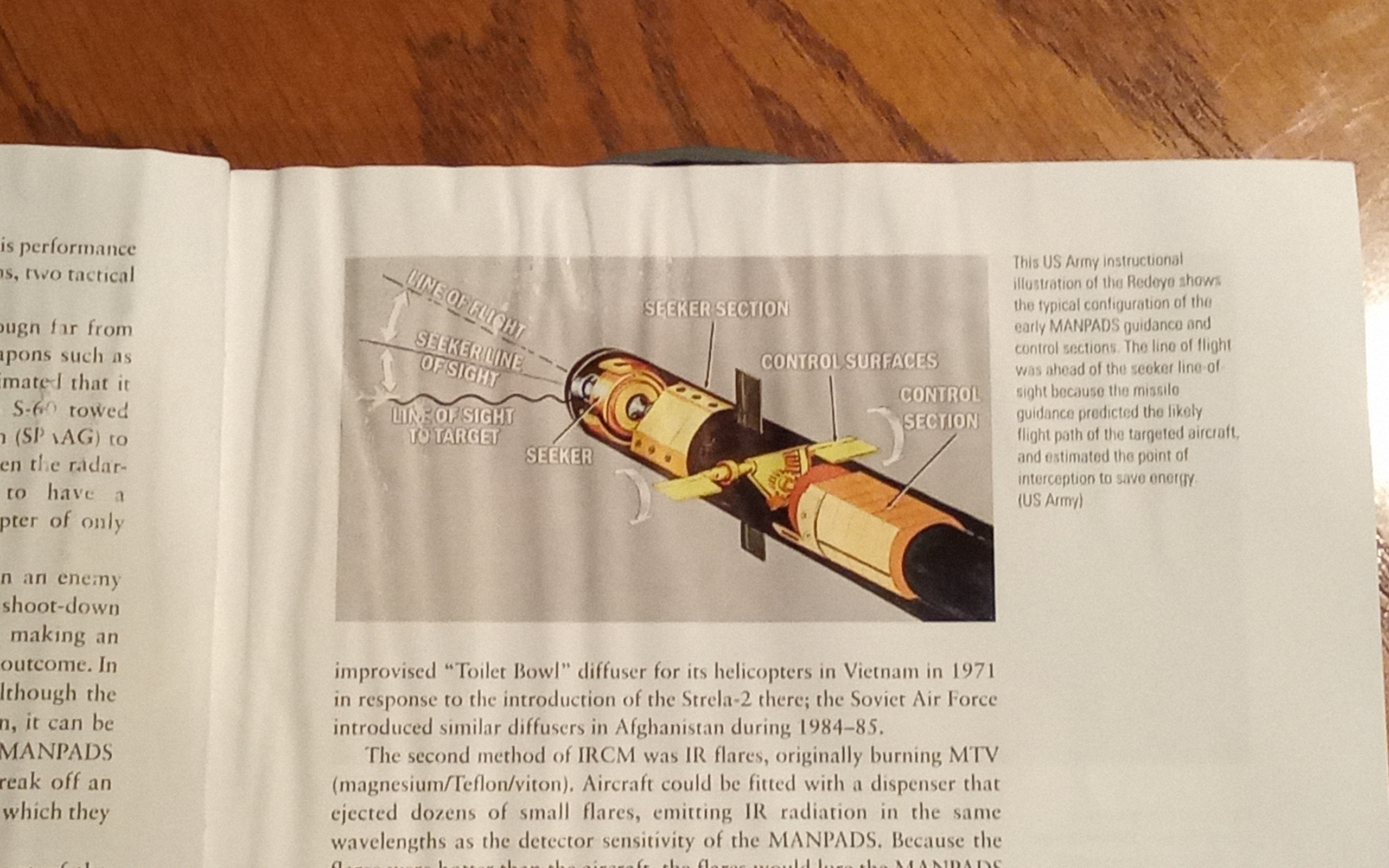 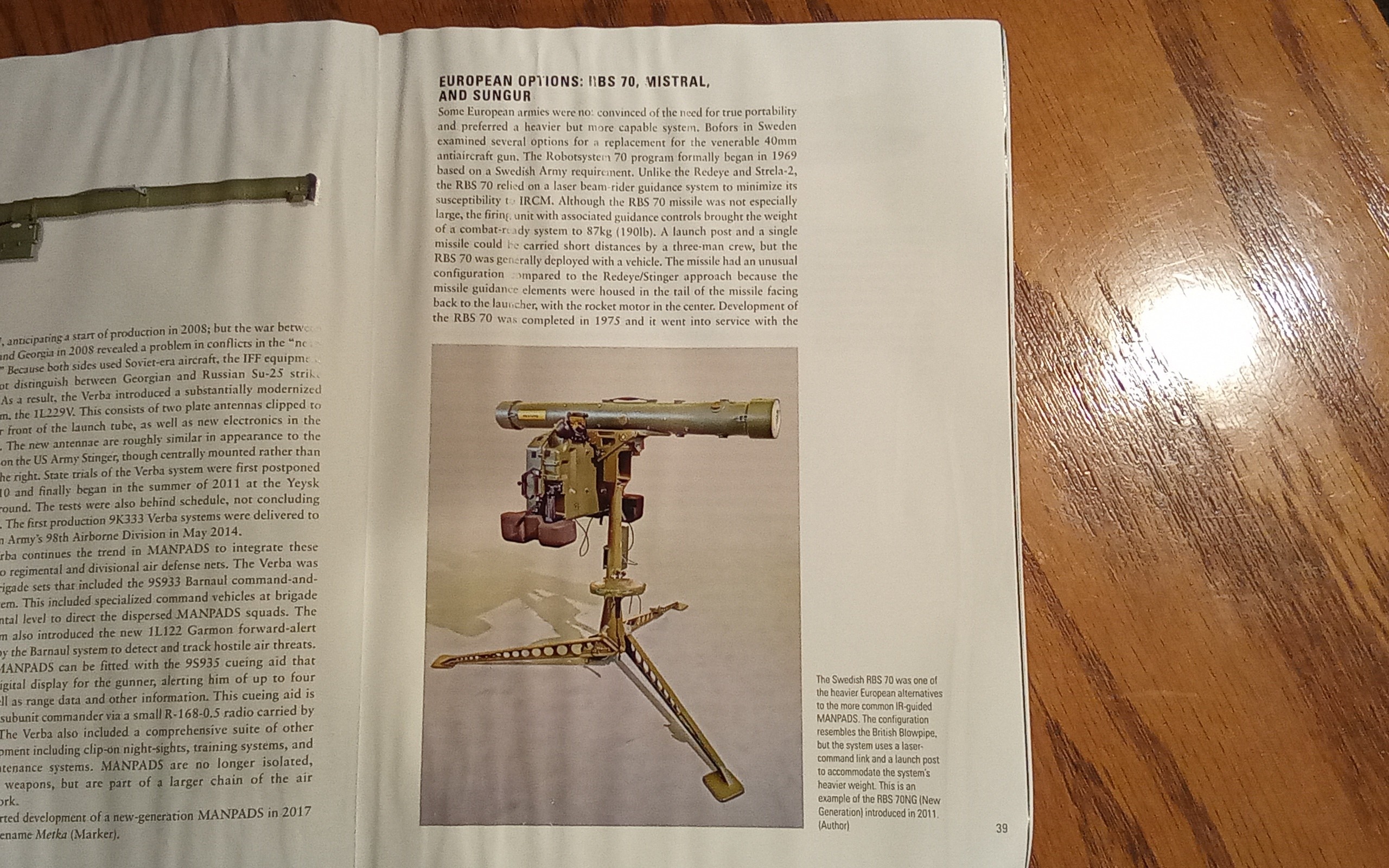 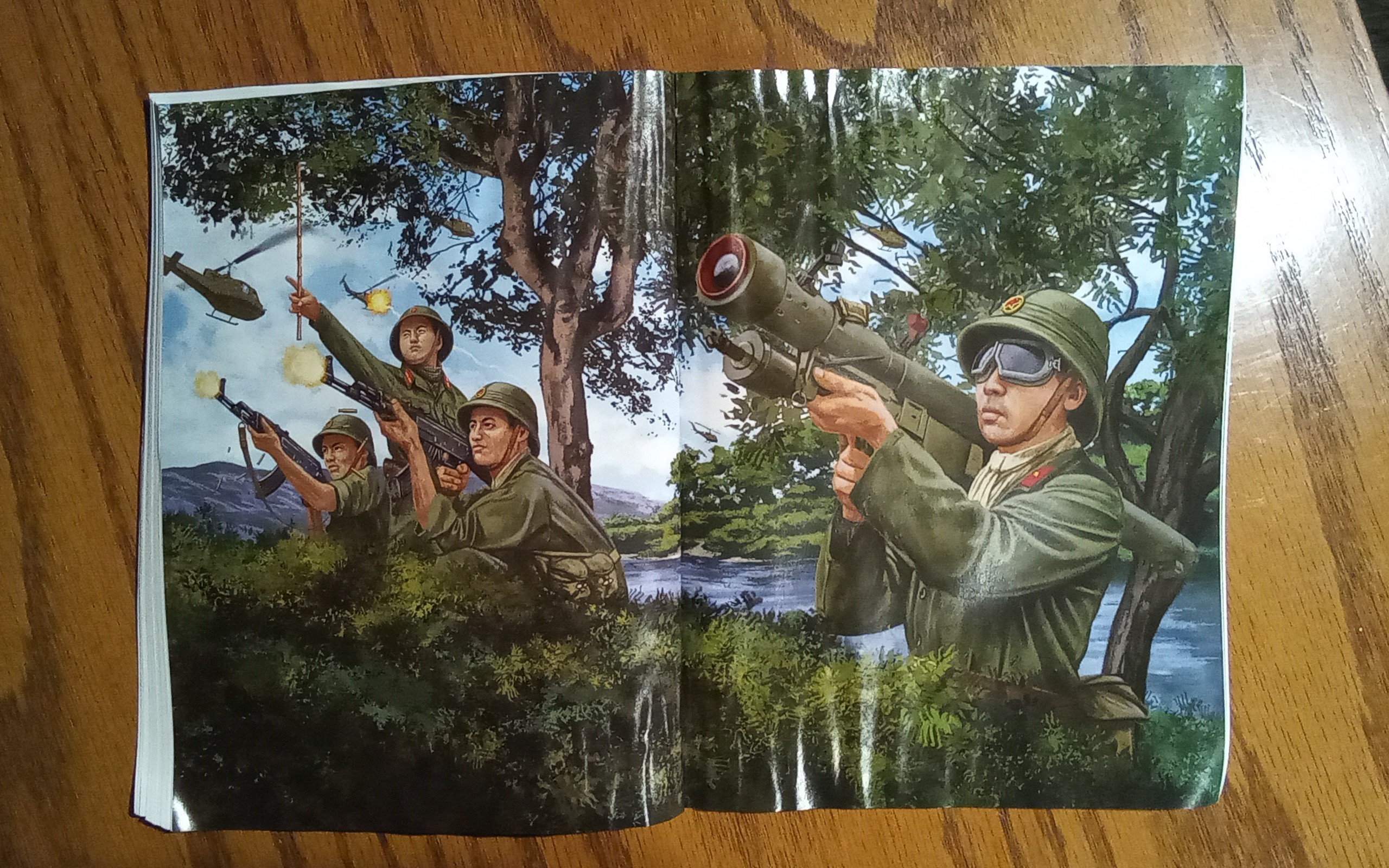 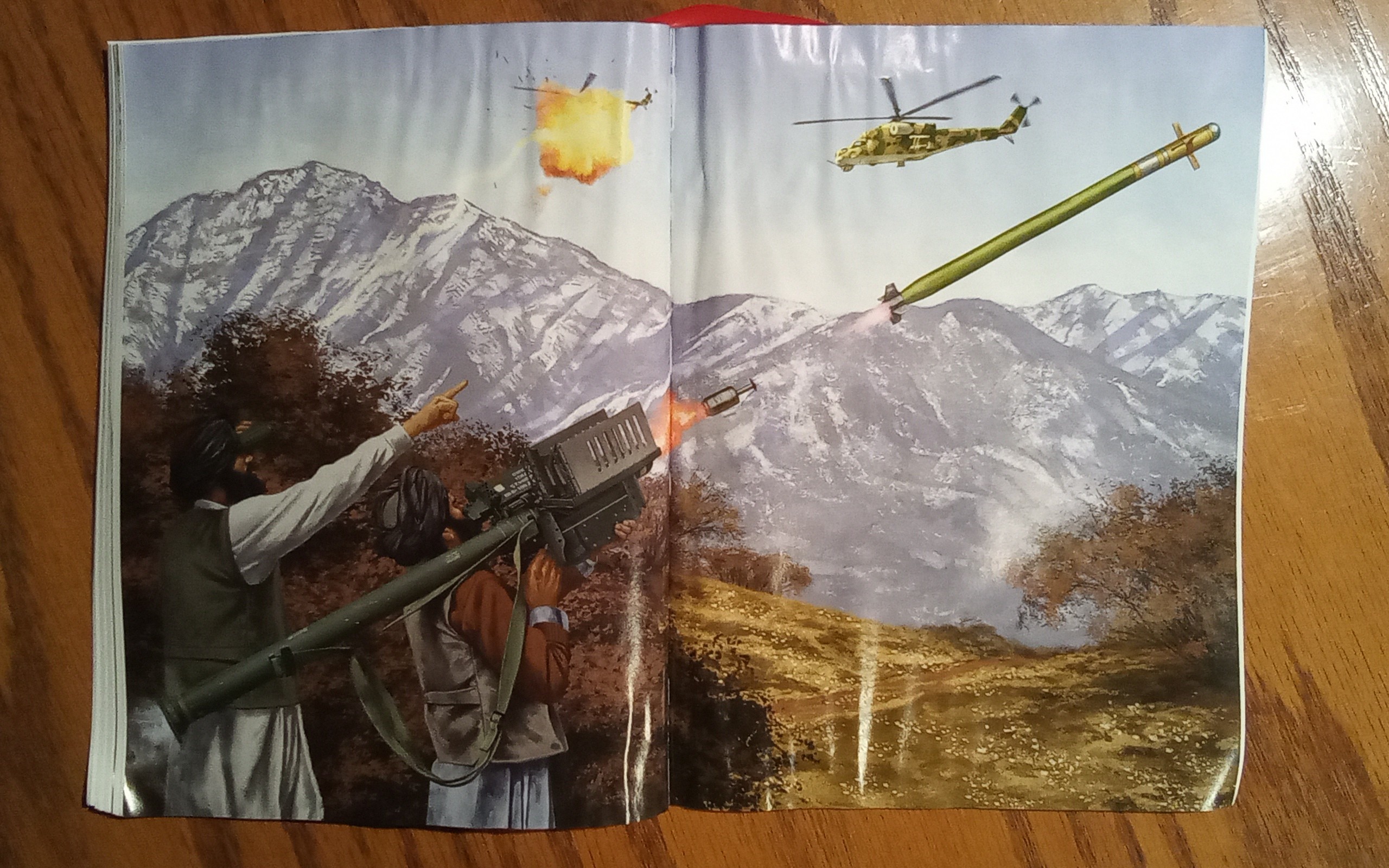 Innovations to learn from 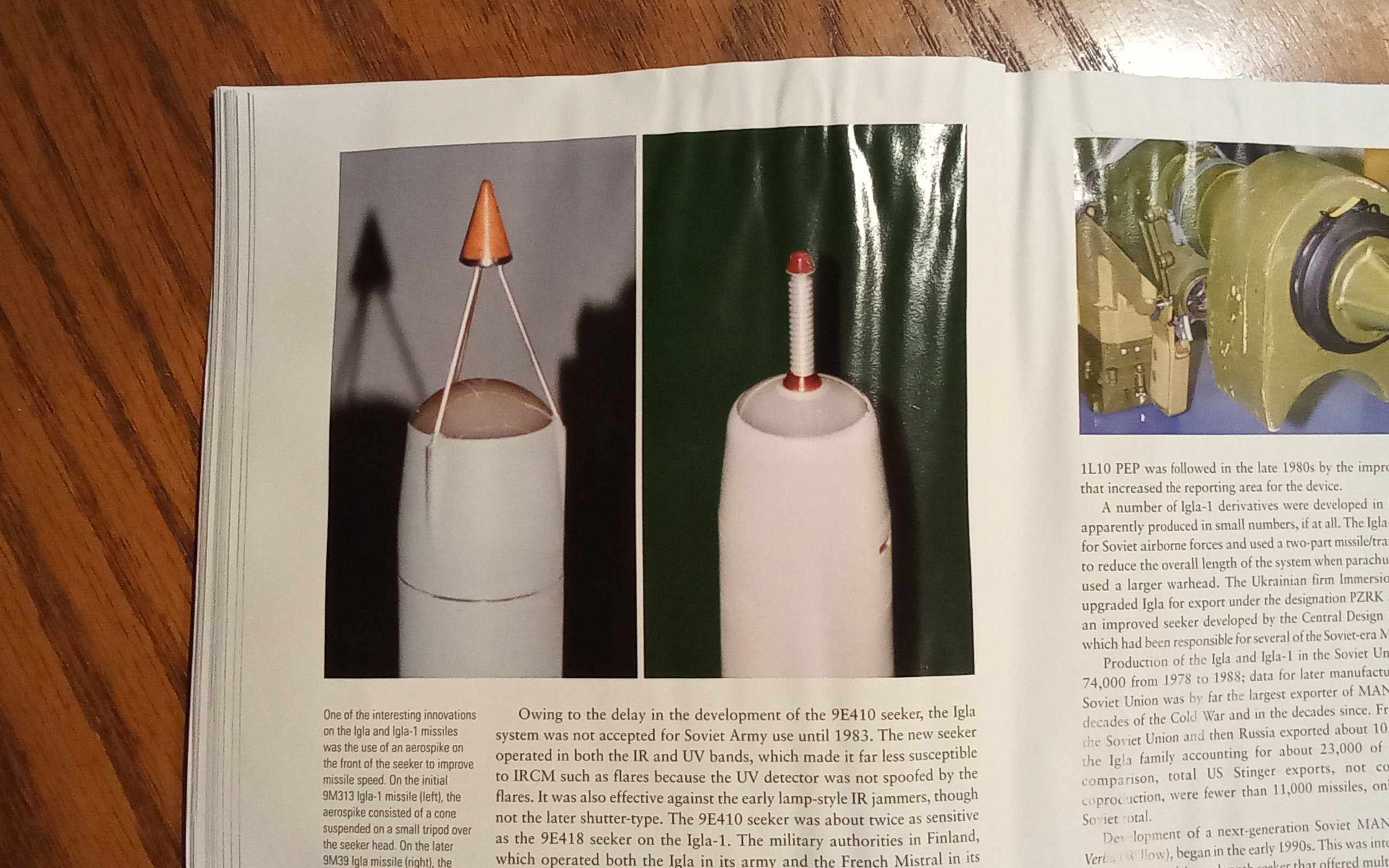 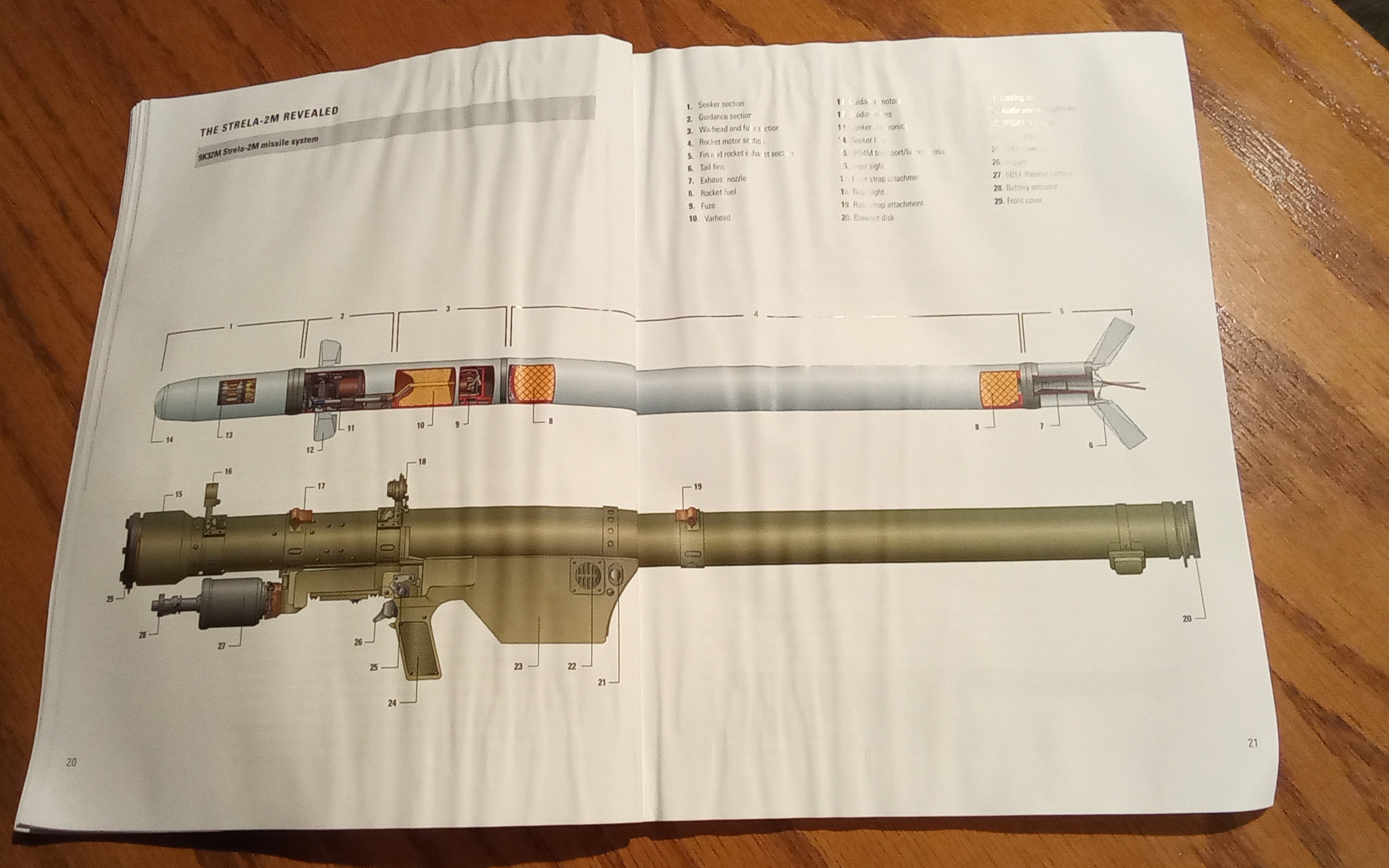 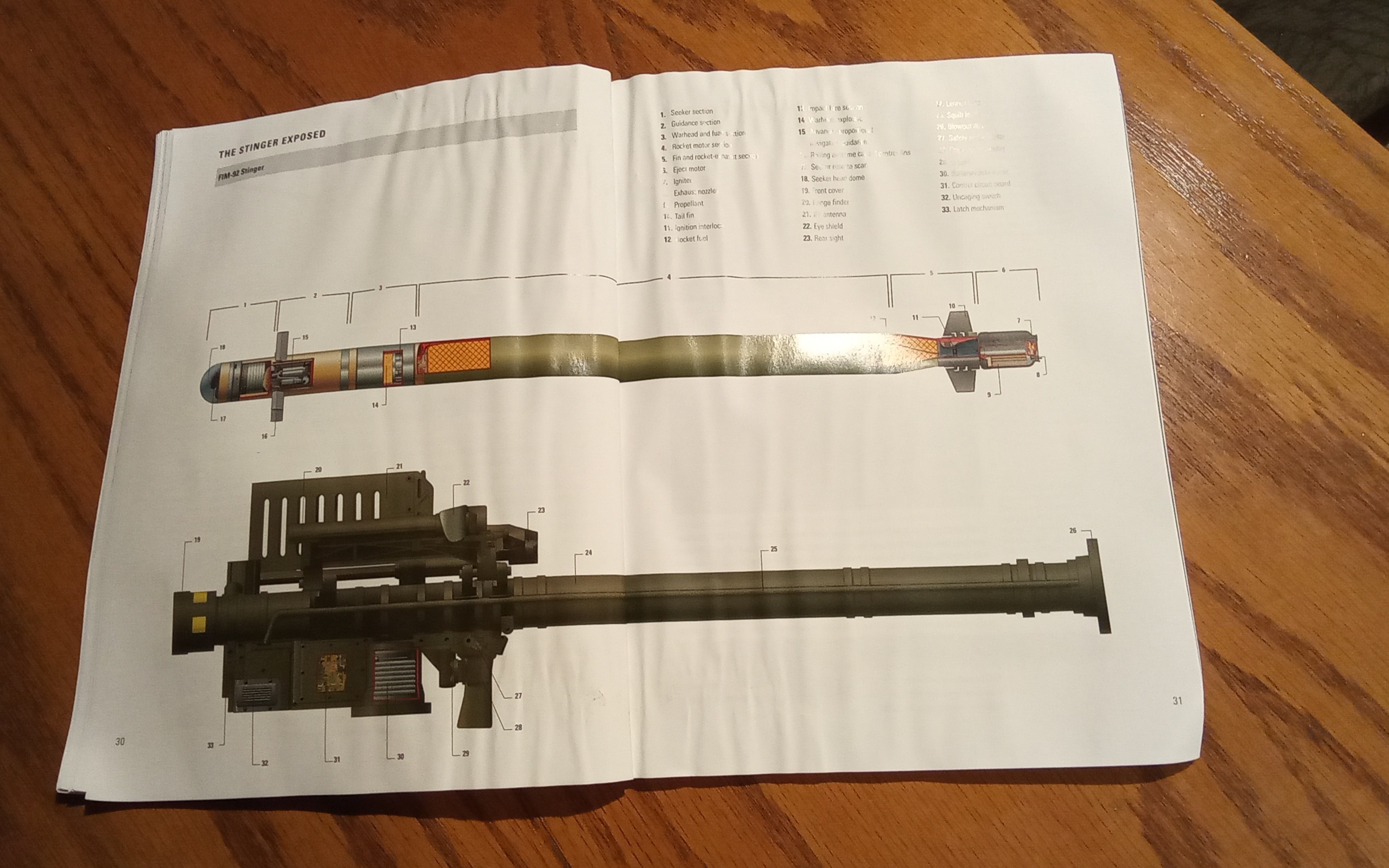