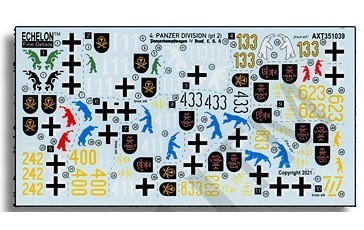 An extension set of 4.PD Panzer IVs (AXT351004) on the eastern front. The bears in various forms and colors according to regiment norms. A multitude of colors on a set. 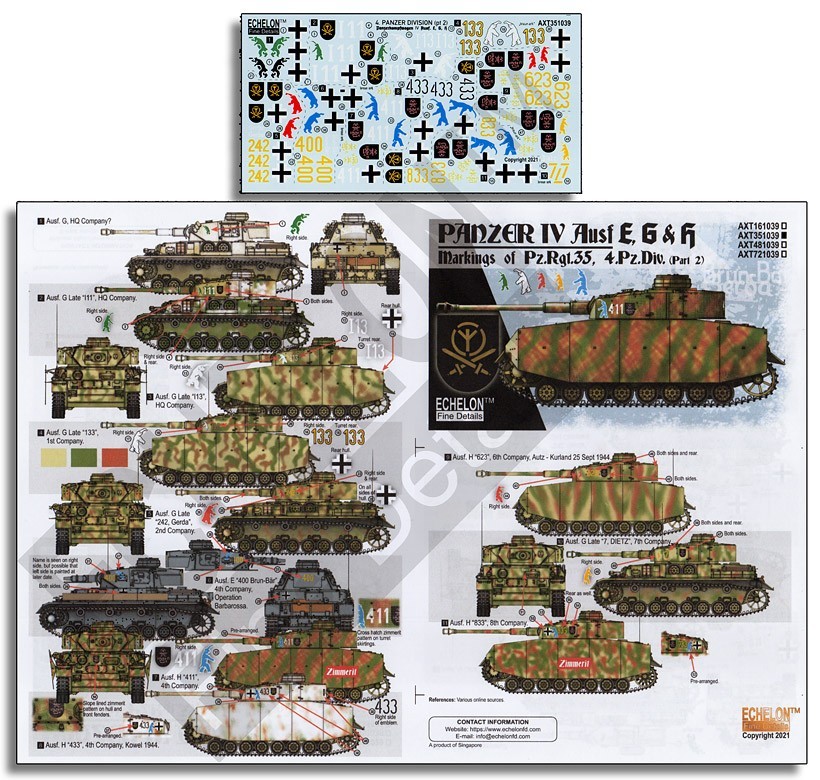 This set features markings on Panhard 178 in German service during WWII. Includes generics used by the 3. Panzer Division armoured cars during Operation Barbarossa. Also included a few camouflaged vehicles plus those that had names painted on the sides. 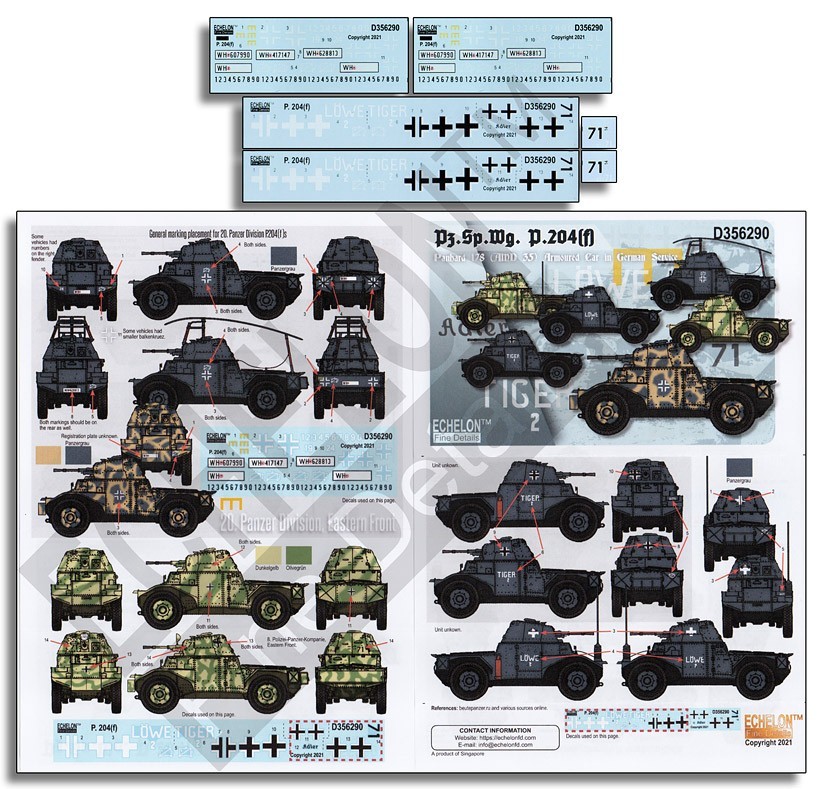