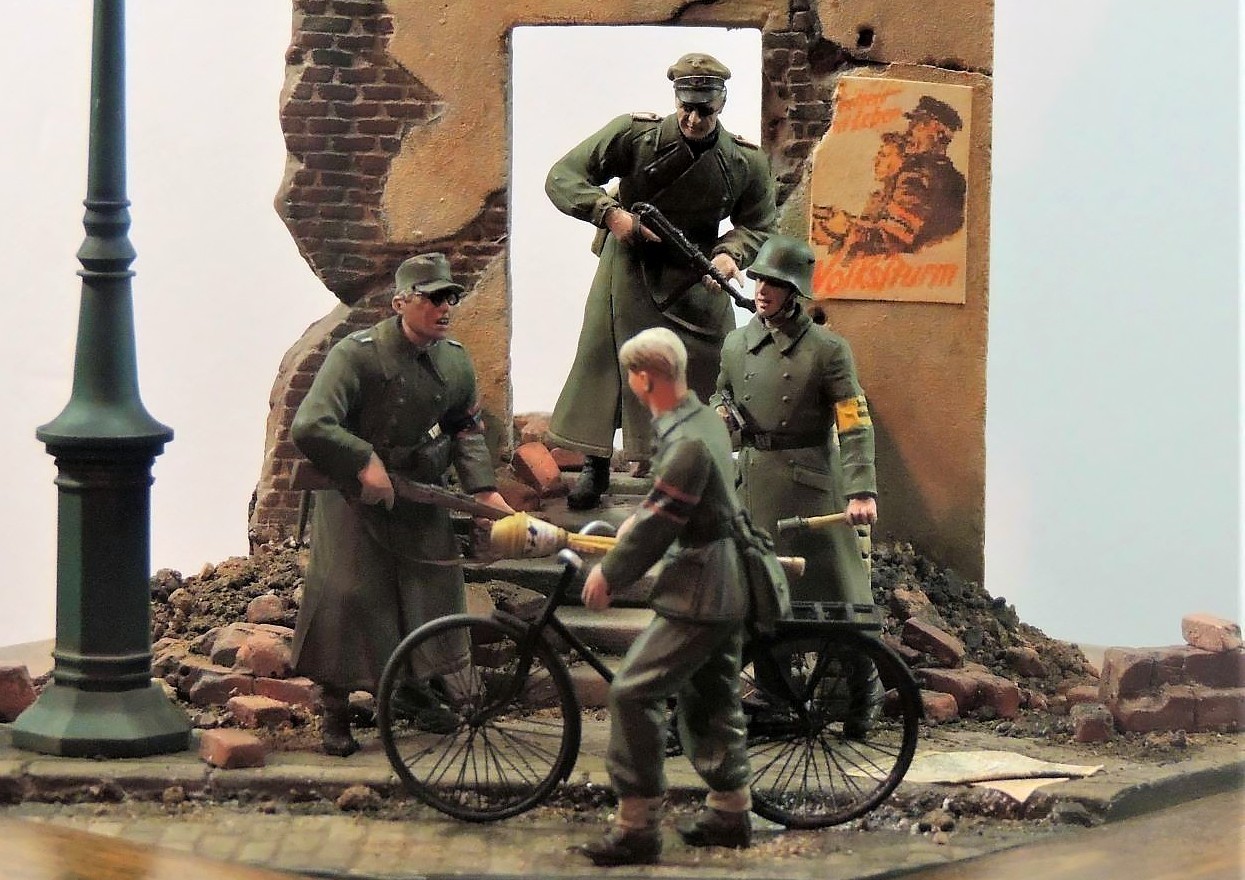 First there’s the enthusiastic youngster with his bicycle and Panzerfaust. He's fully accepted sacrifice for the Fuhrer and still believes the 'miracle weapons' will arrive in time to stop the Russian onslaught.

Then we have the elder veteran who kept his helmet and Mauser C96 Machine pistol after the 'Great War'.  He's referred to as "der alte Oberst" by the men in his group.

Dieter is the middle aged man whose eyesight was so bad he couldn’t join the Wehrmacht at the wars outbreak and was turned down again and again until conscripted into the Volkssturm.

The only regular soldier with any experience had lost an eye on the eastern front and was recuperating in Berlin. He thought that for him the war was over.

I’m not quite sure any of them know what they are doing there other than being cannon fodder. 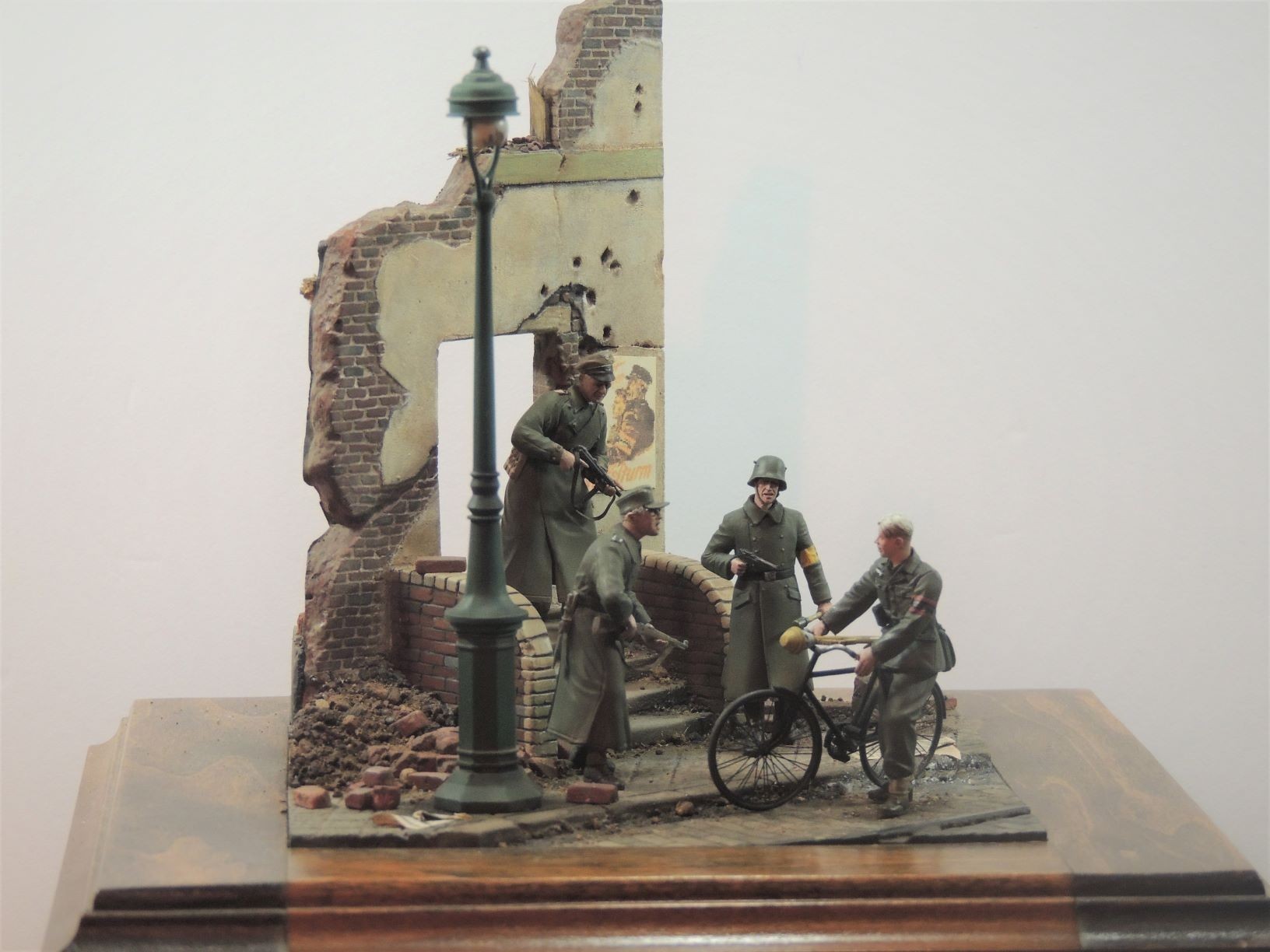 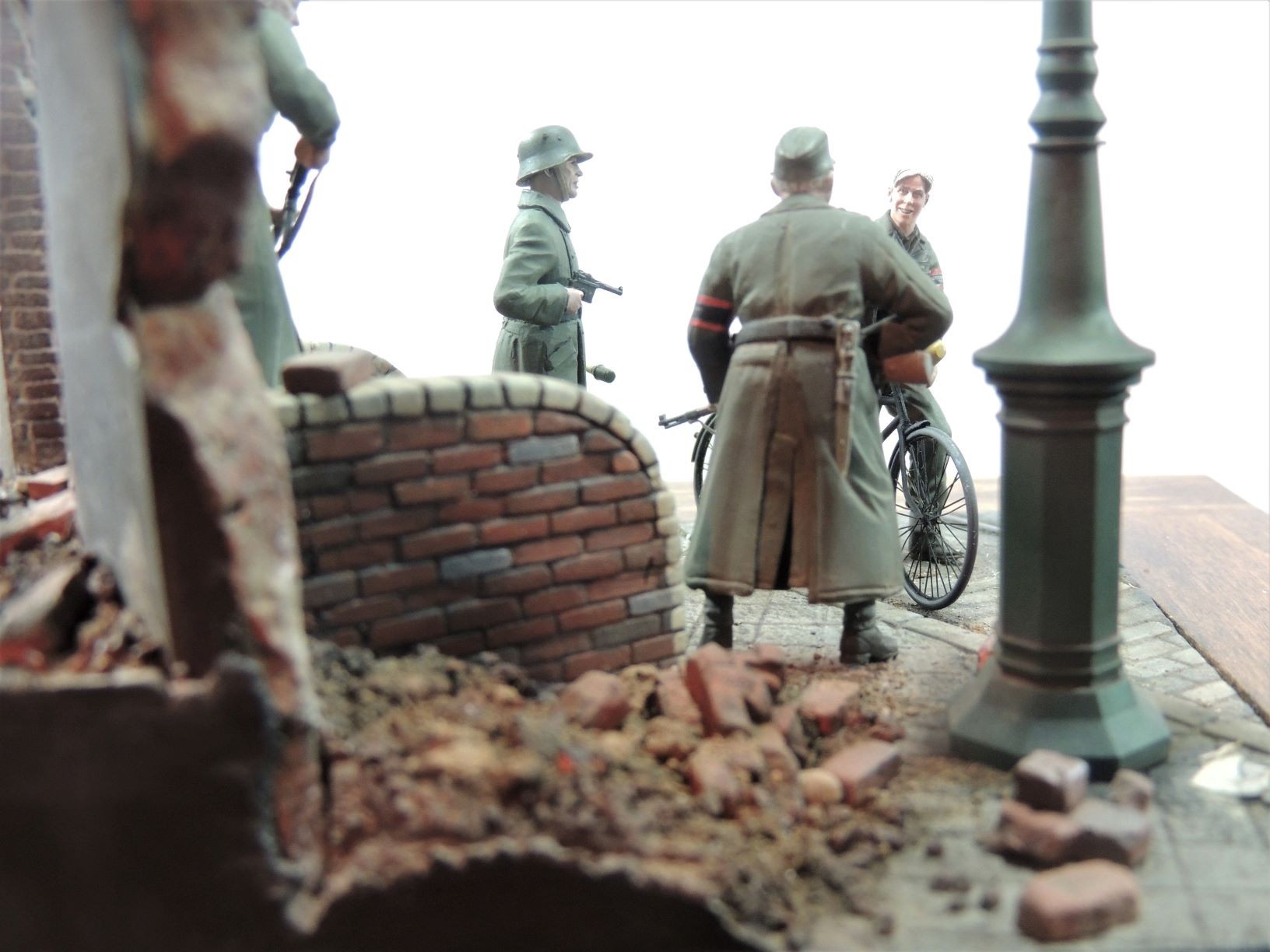 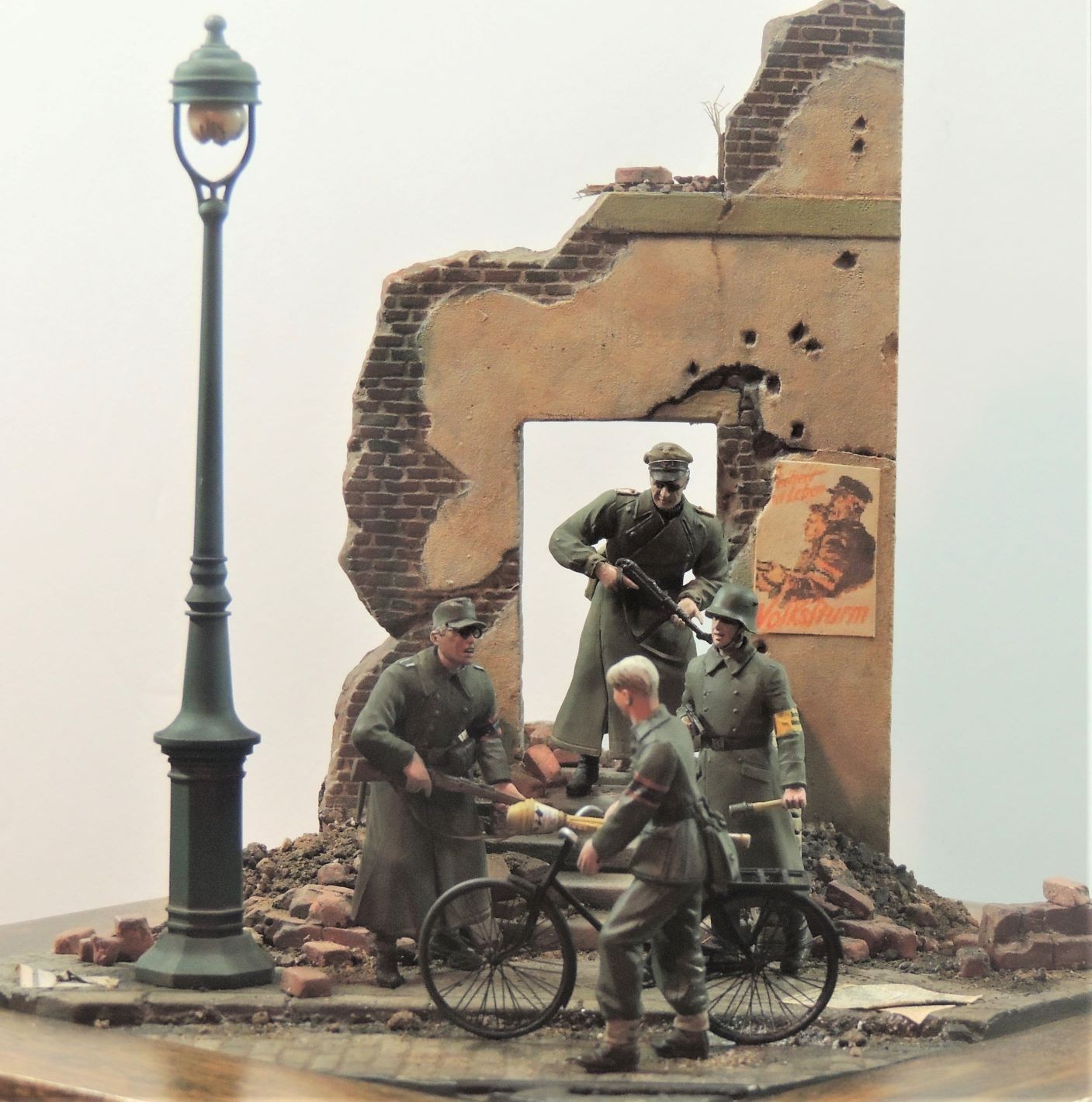 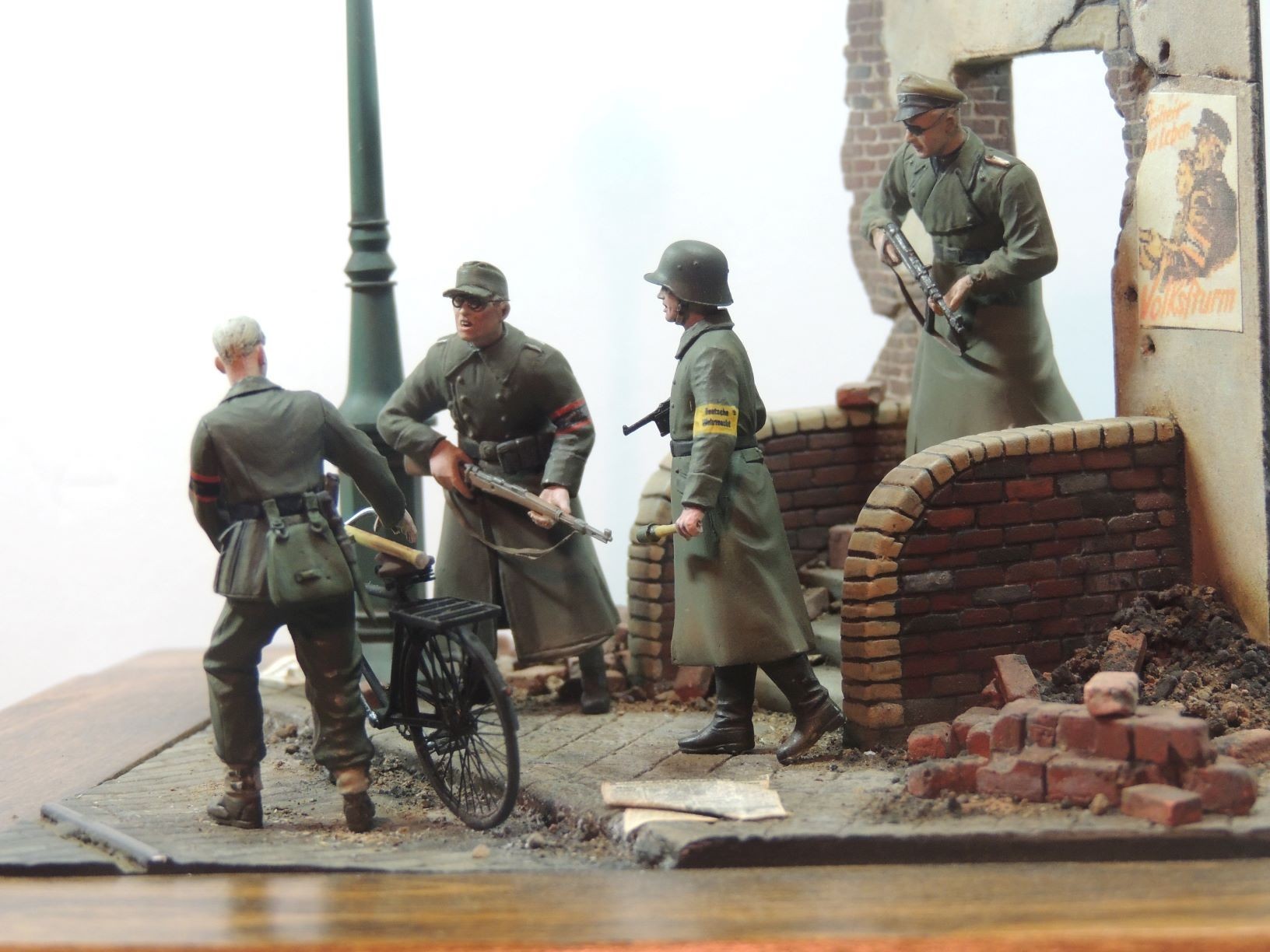 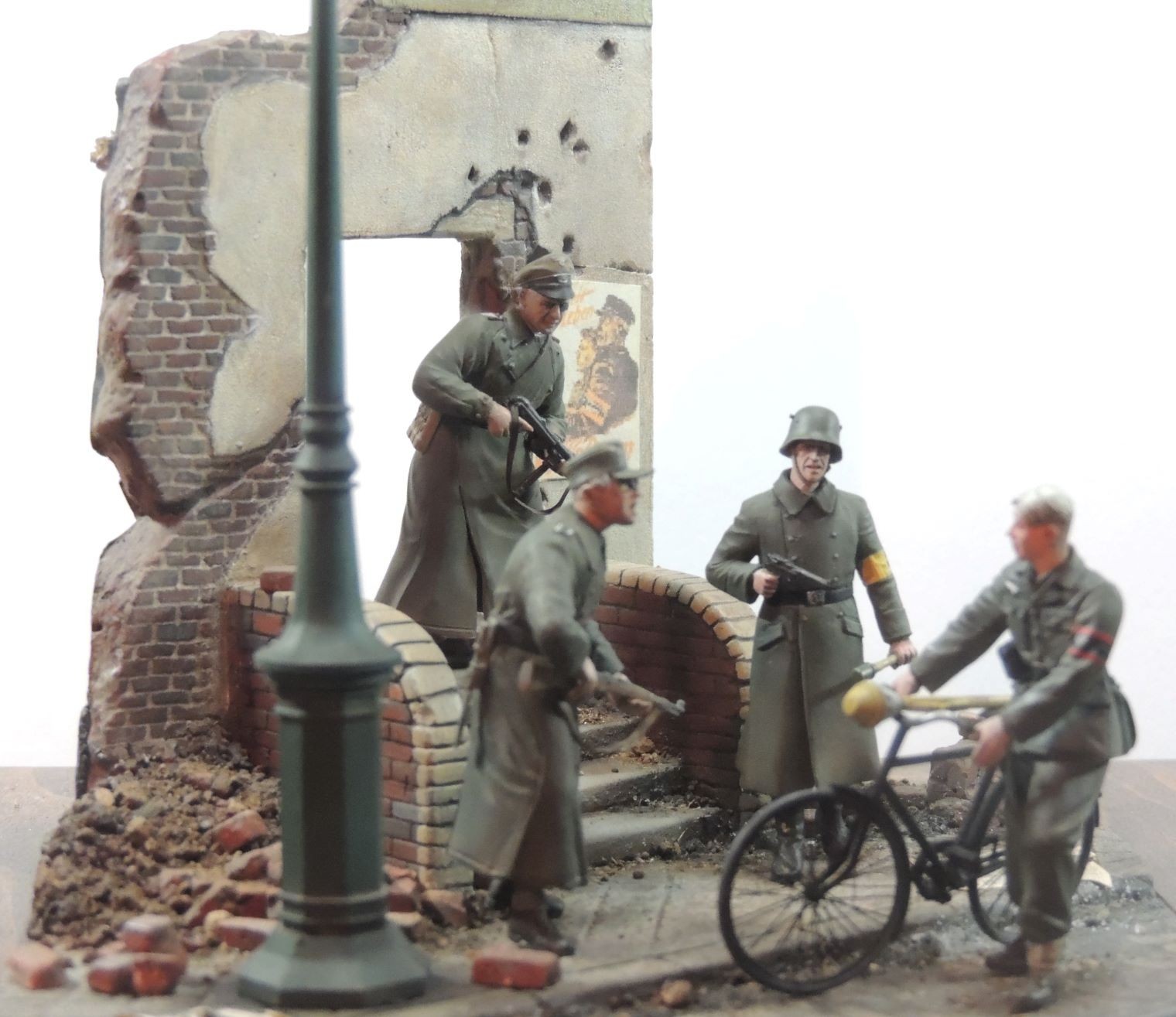 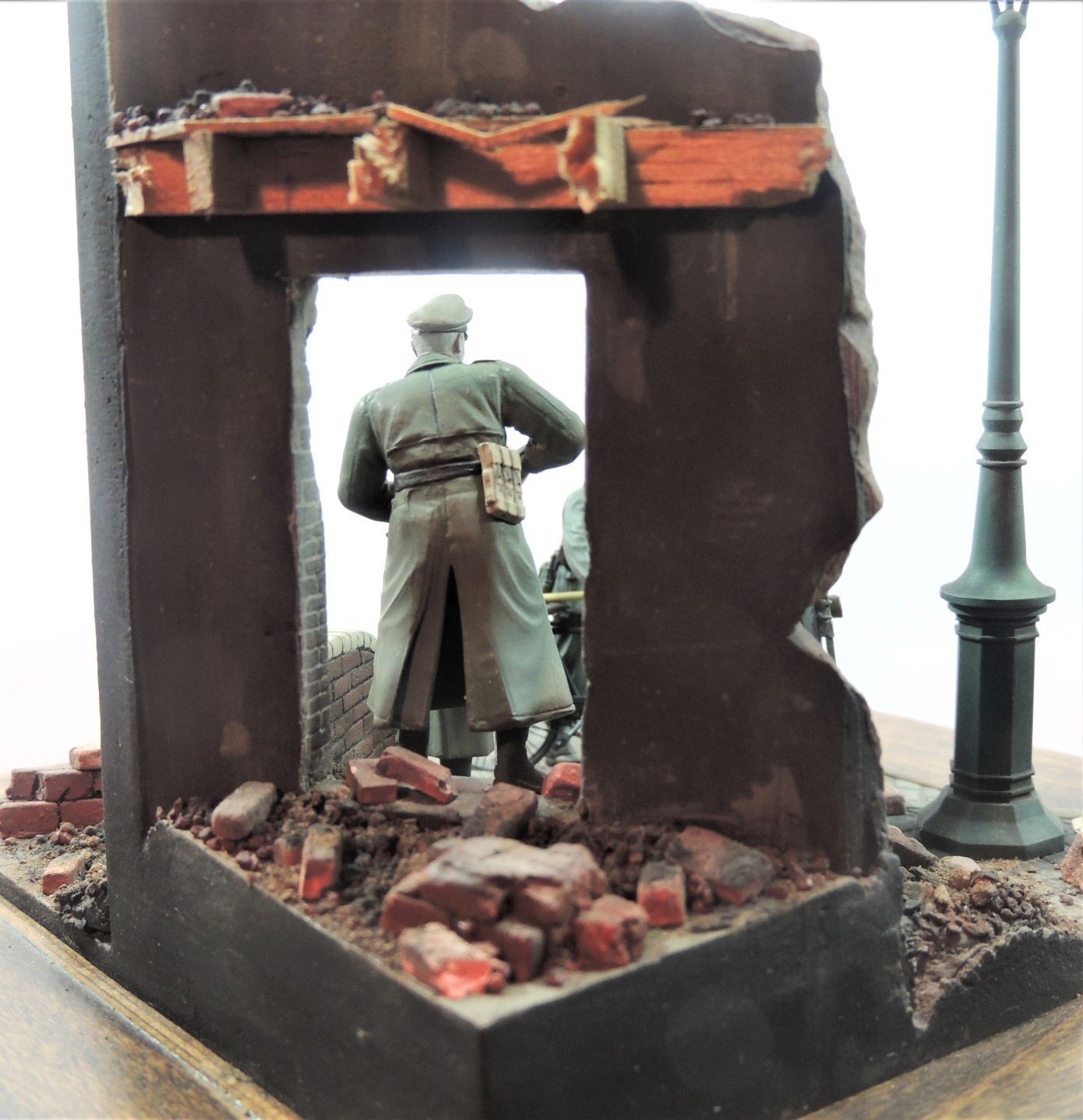 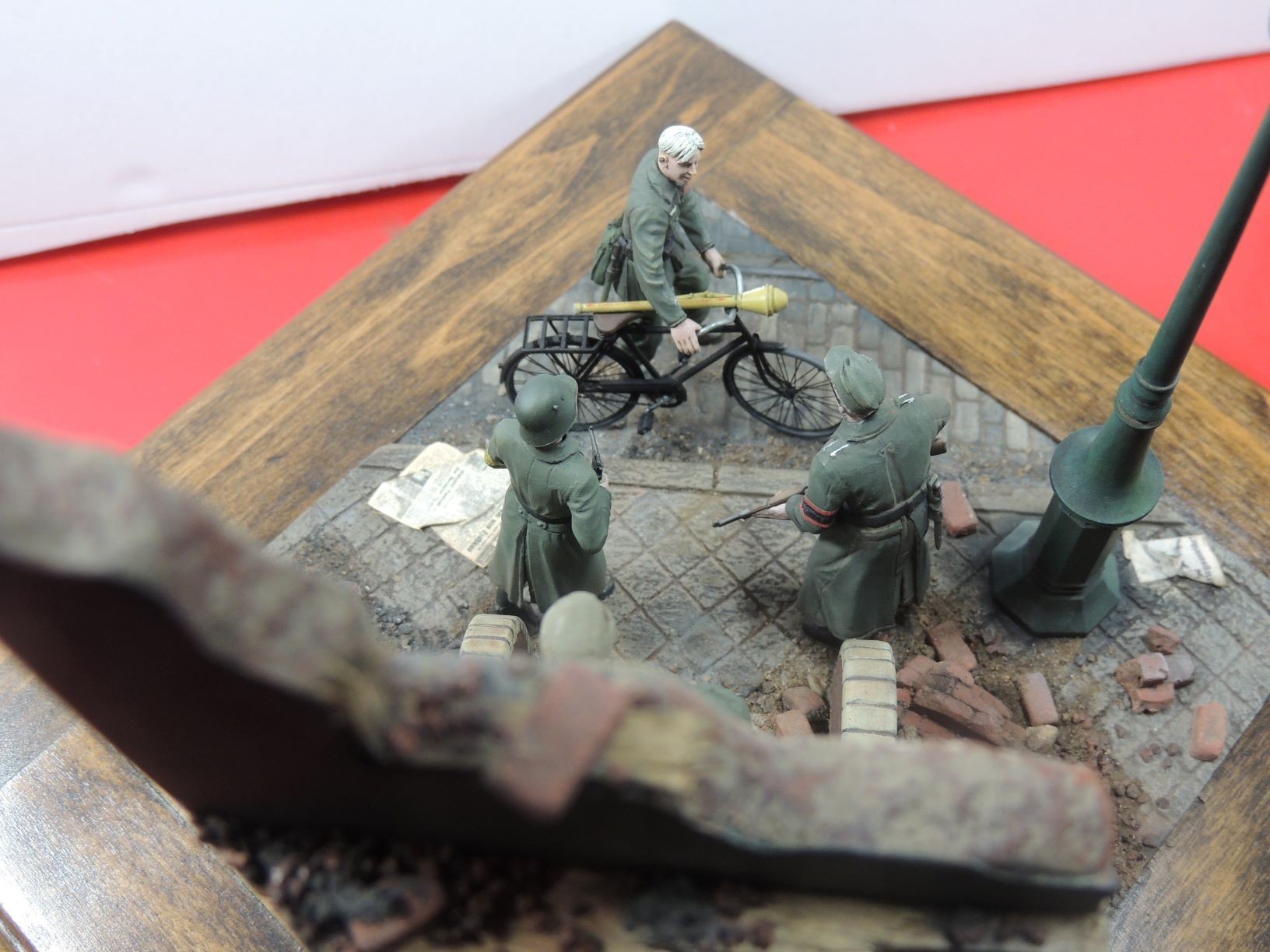 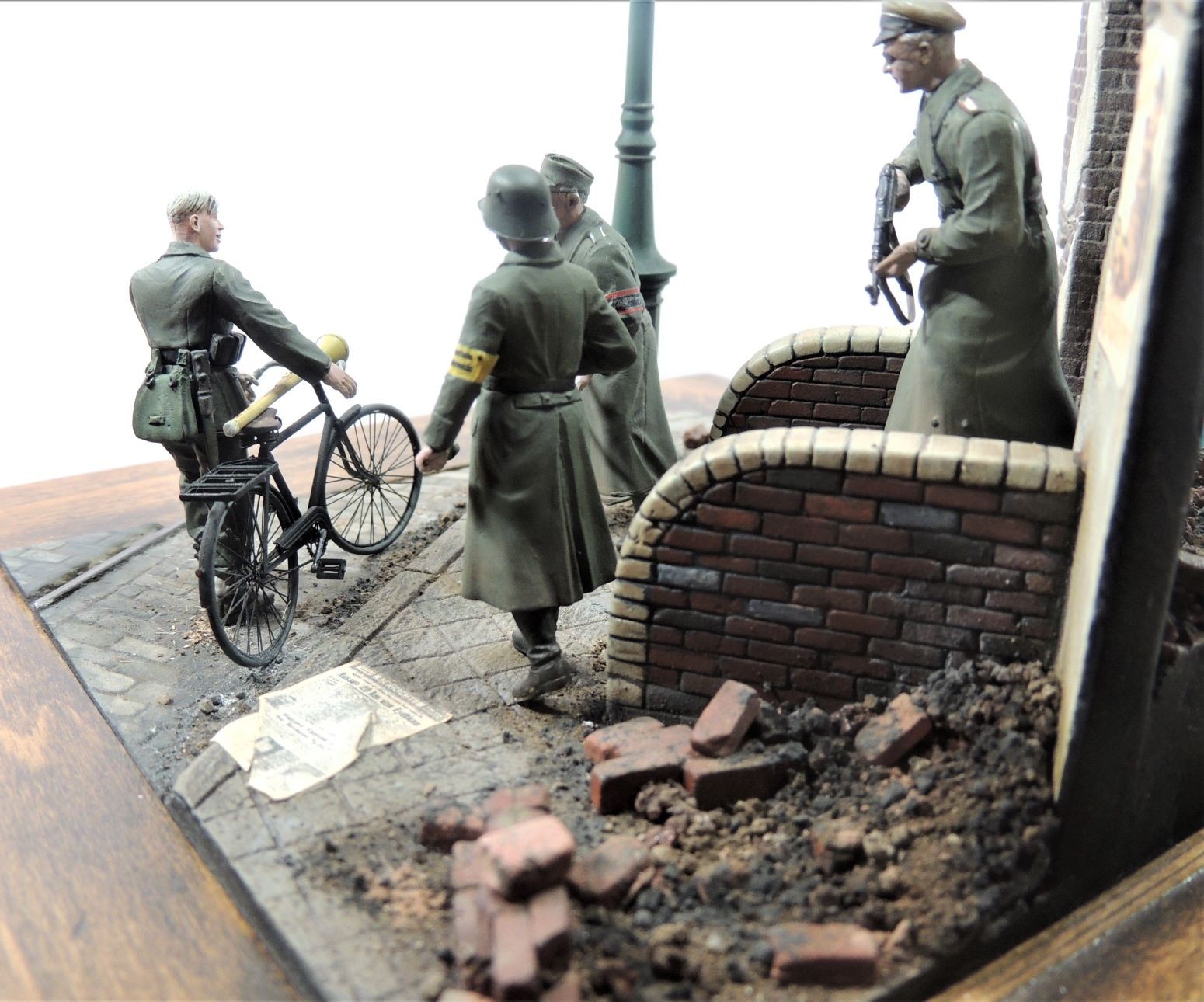 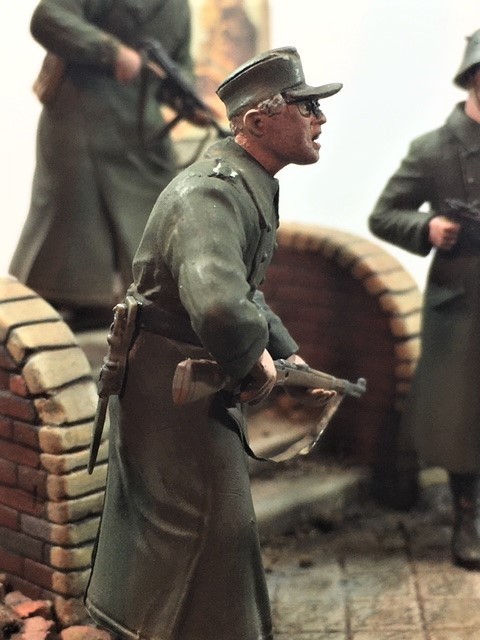 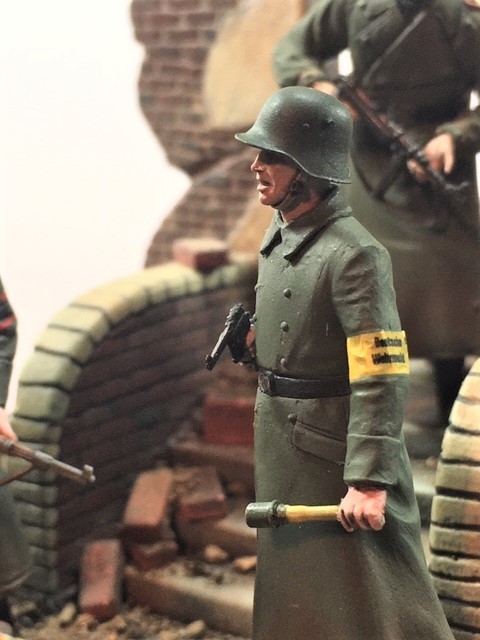 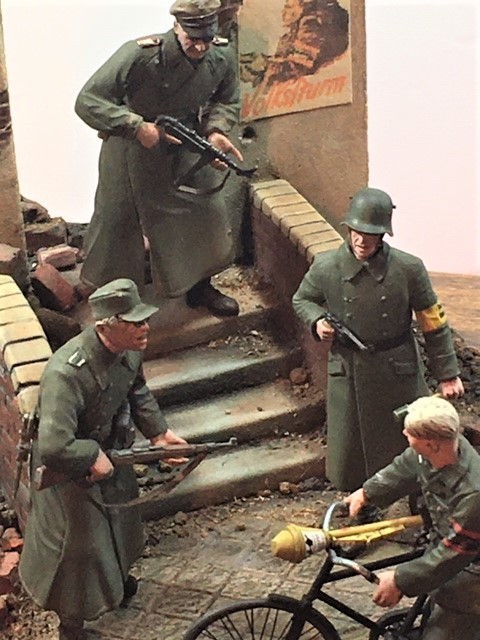 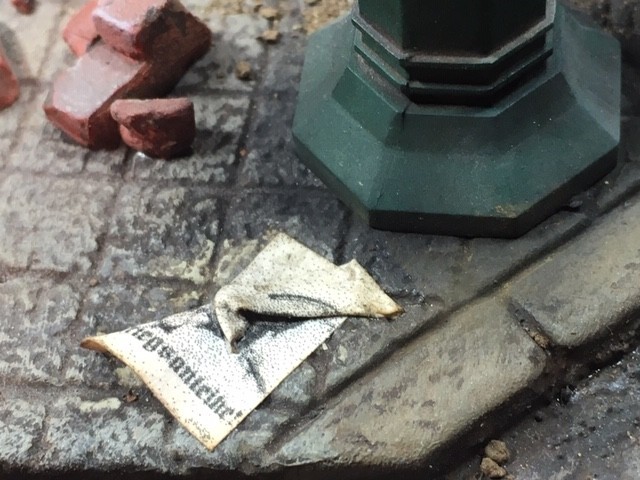 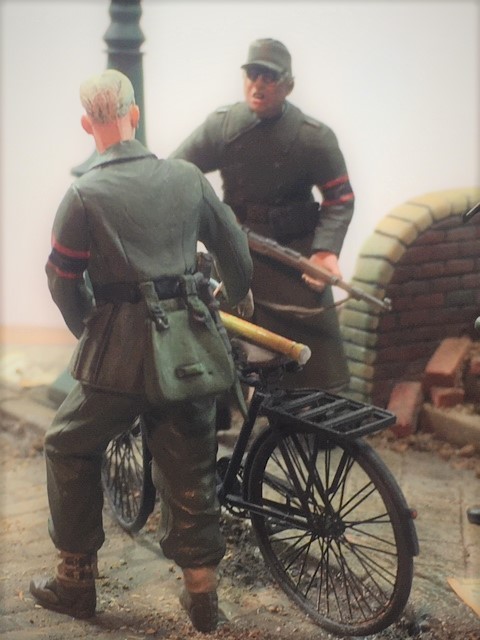 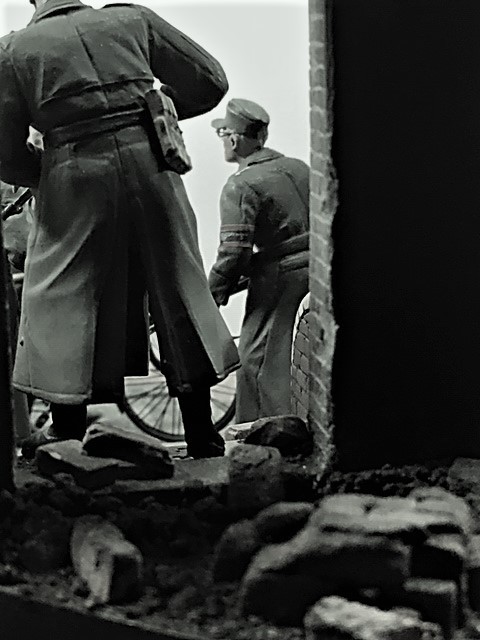 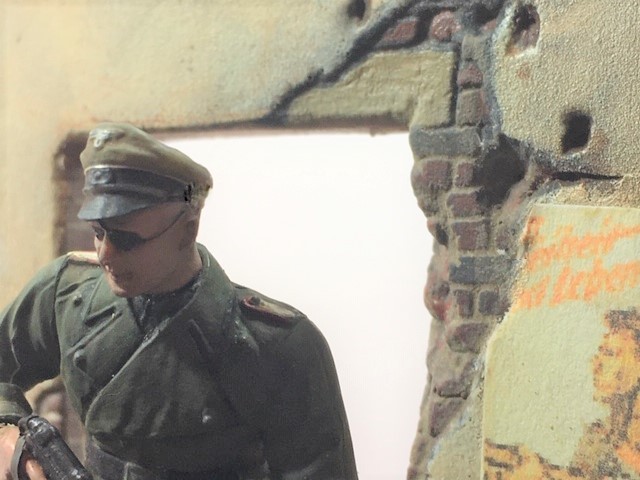 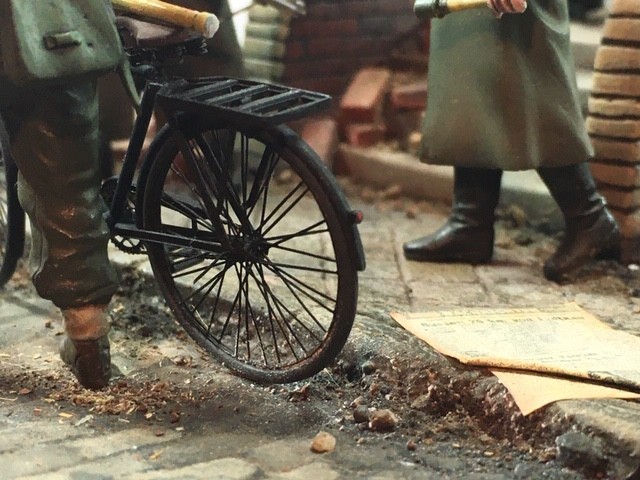 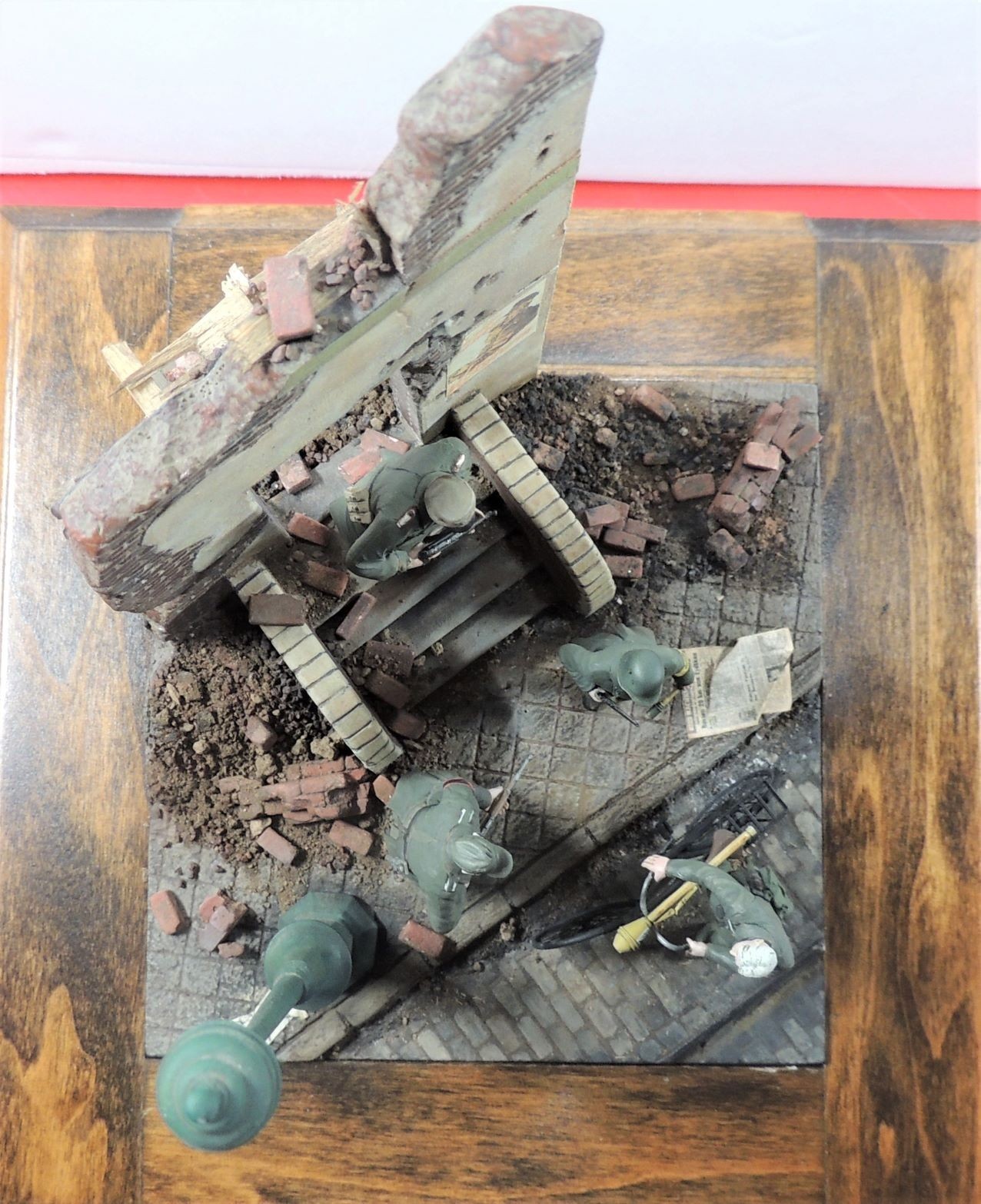