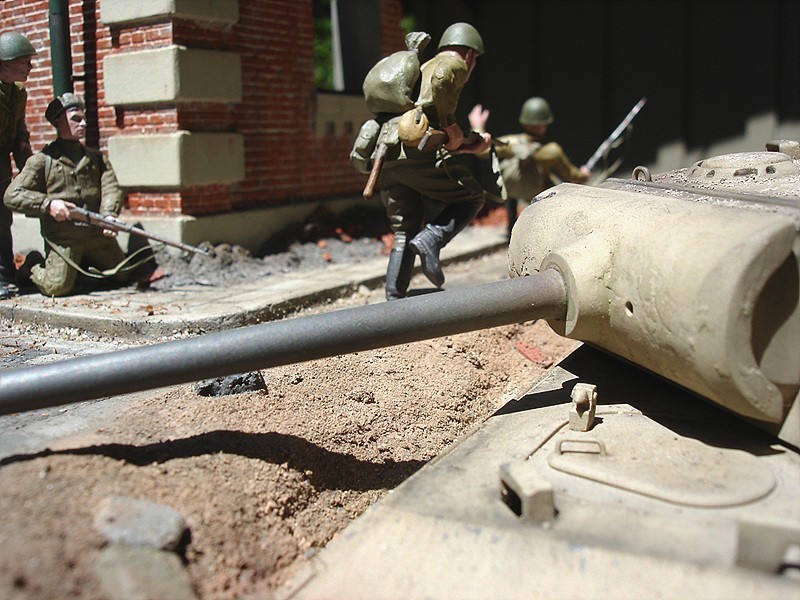 In my quest to move my featured dioramas over from the old site today I chose one that I built back around 2014-15. The original posting has disappeared from the site and archive so I imagine it's gone forever. I hope I can remember details to add to this text, if not please excuse me and write it off to my advanced age :)

The diorama was based on an imaginary street corner in Berlin during the onslaught of the Russian offensive.  The corner was defended by a 'Panzerturm' dug in early Panther D which has been destroyed and overrun by shock troops  of the red army.  They are advancing up the street and taking fire from an unseen enemy.

The building is "The Corner" by  Miniart.  I dispensed with the kit base and incorporated the building ruin into a scratch built diorama base.

The Panther D is the old Italari kit stripped down for a 'dug in' position in the street.

The figures are all Dragon with various Hornet heads. At the time this was built I wasn't aware that these solders were apparently dressed in 'early' war uniforms. That was quickly brought to my attention shortly after the first posting. Live and learn...

Any way, I had an enjoyable time designing the dio, building the kits, placing the cobblestones. I hope those of you who have seen this before like seeing it again and those who are seeing it for the first time enjoy it. 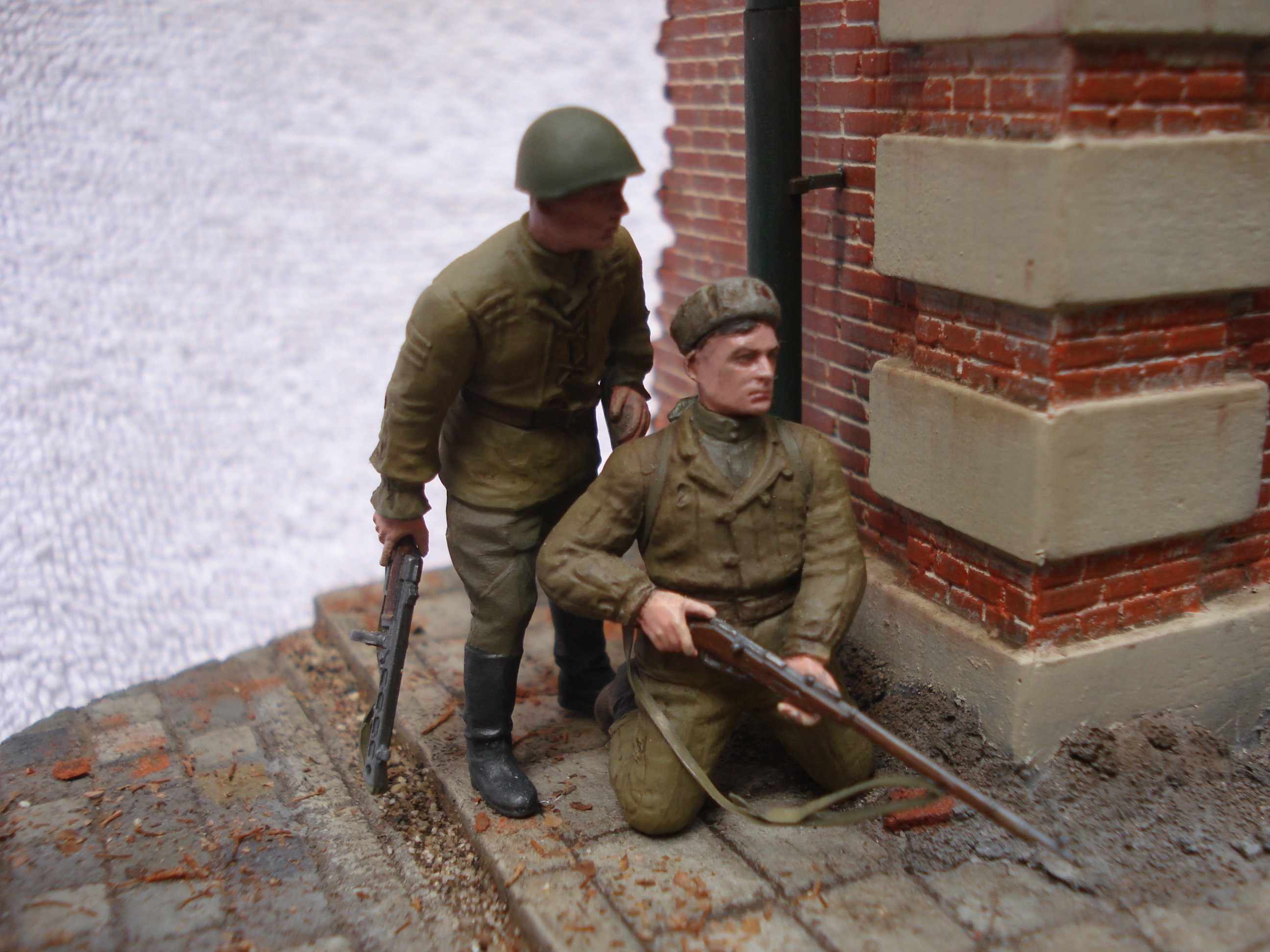 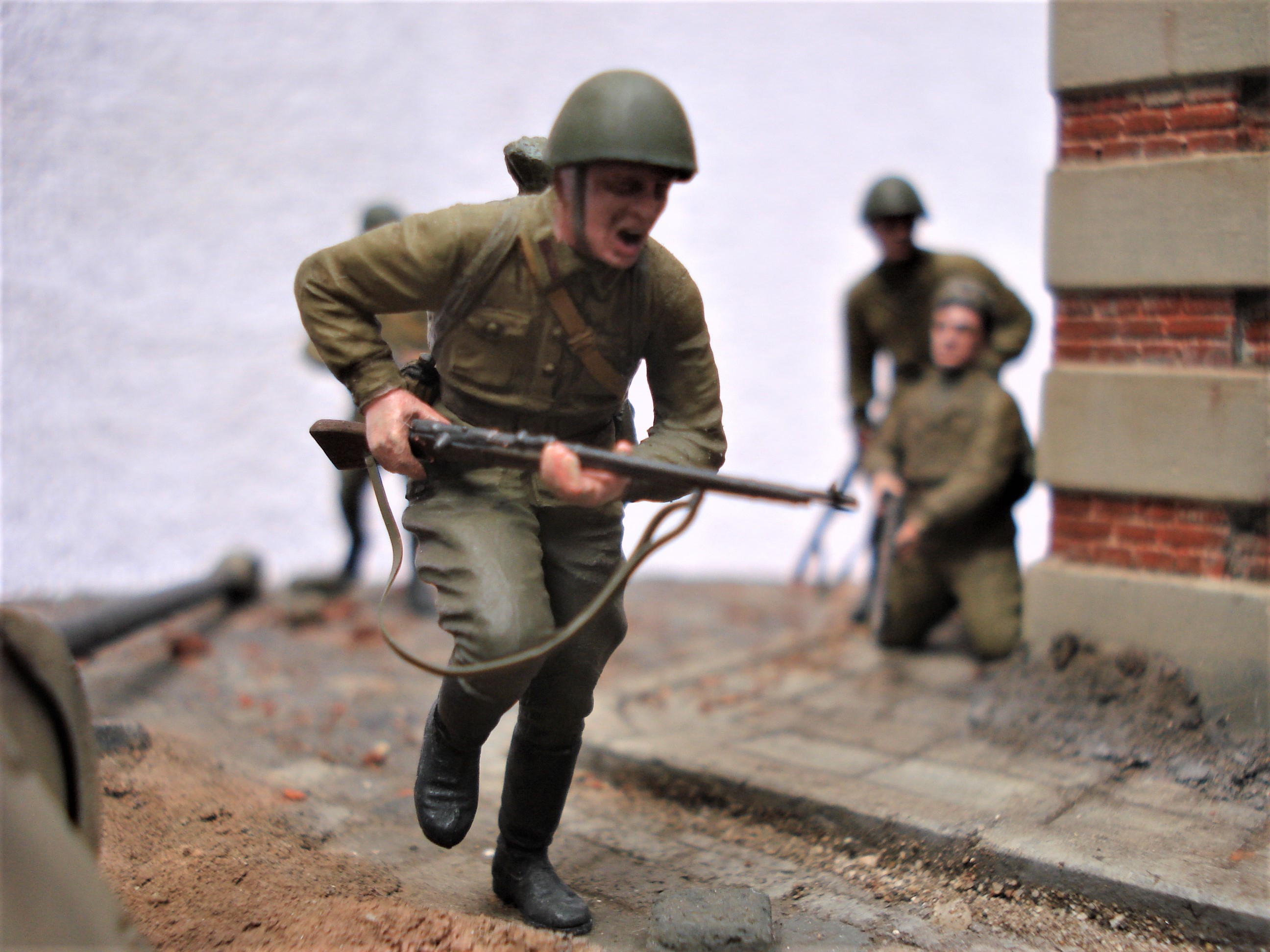 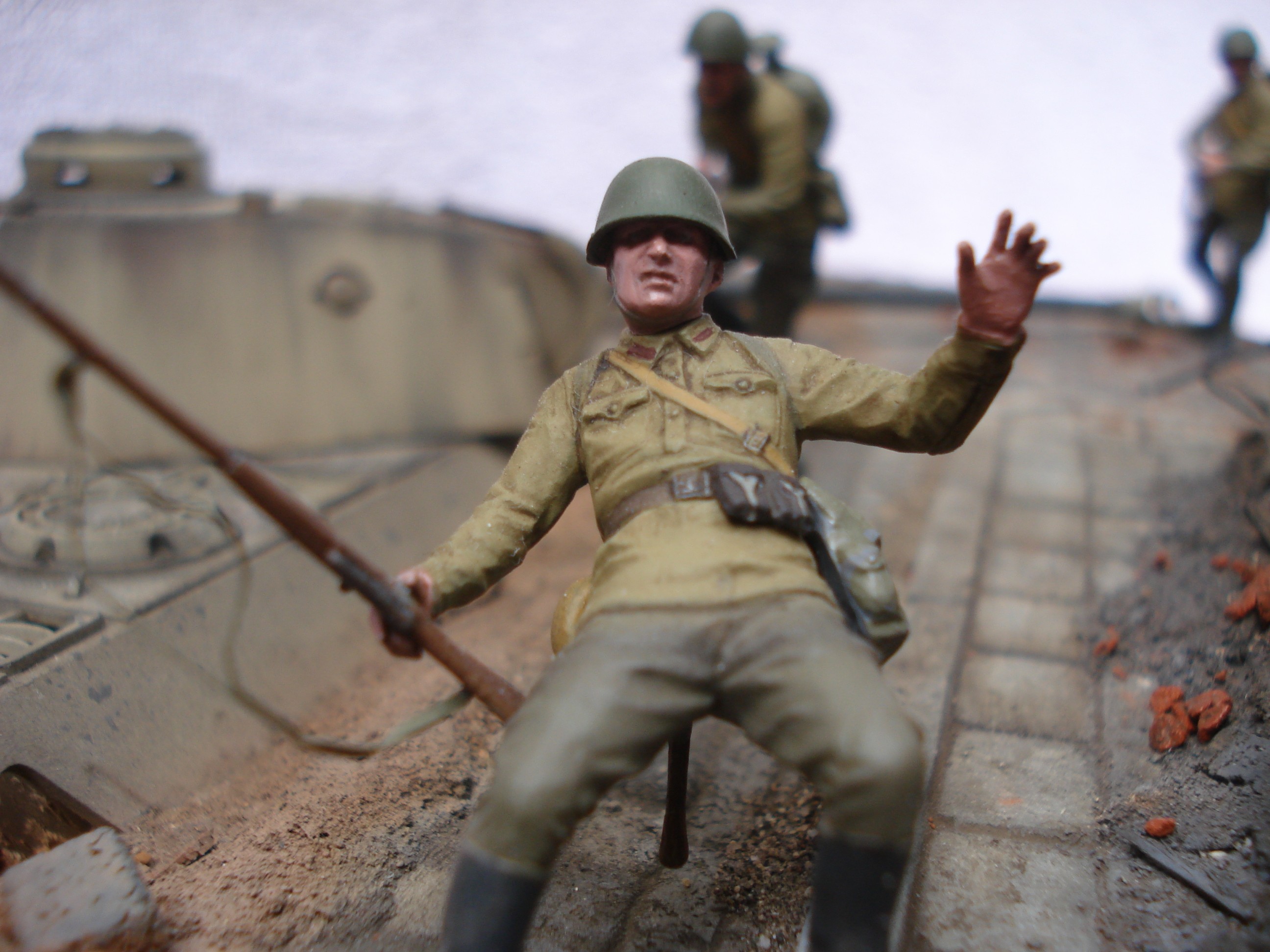 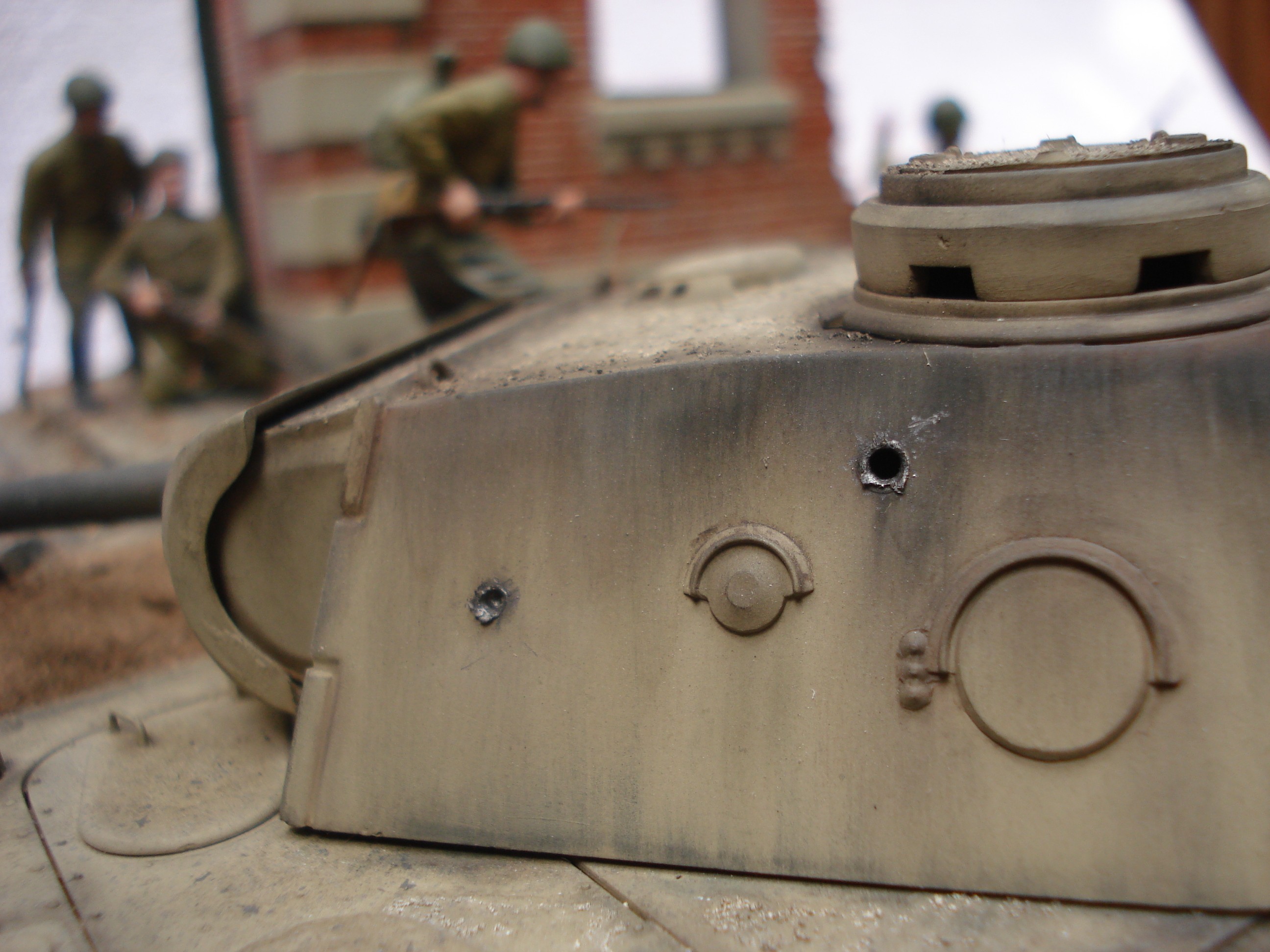 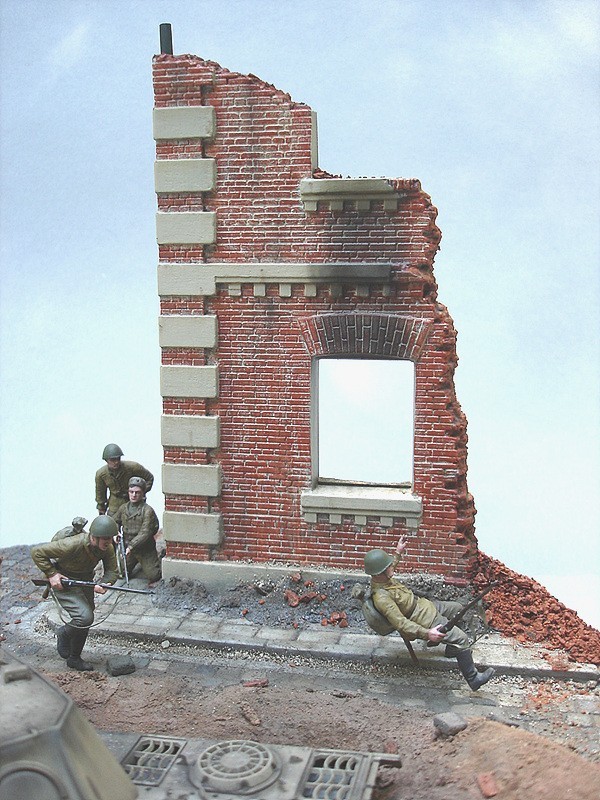 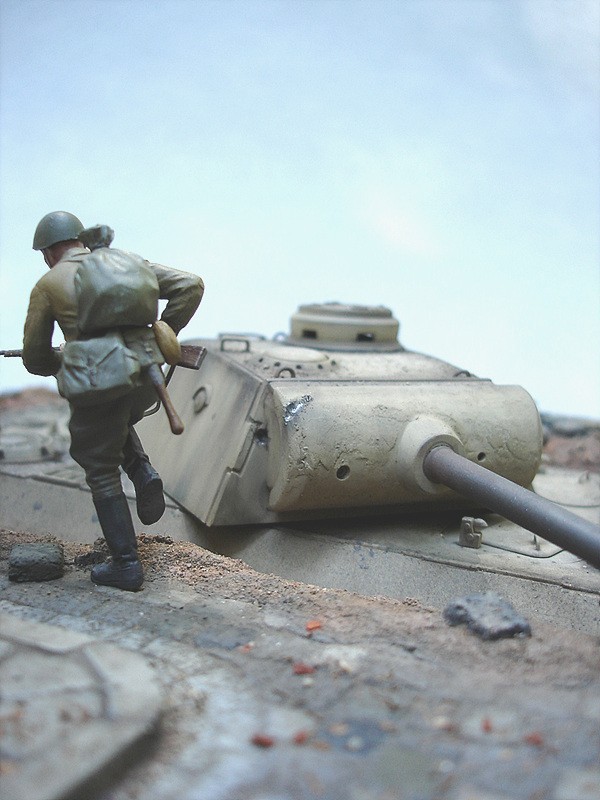 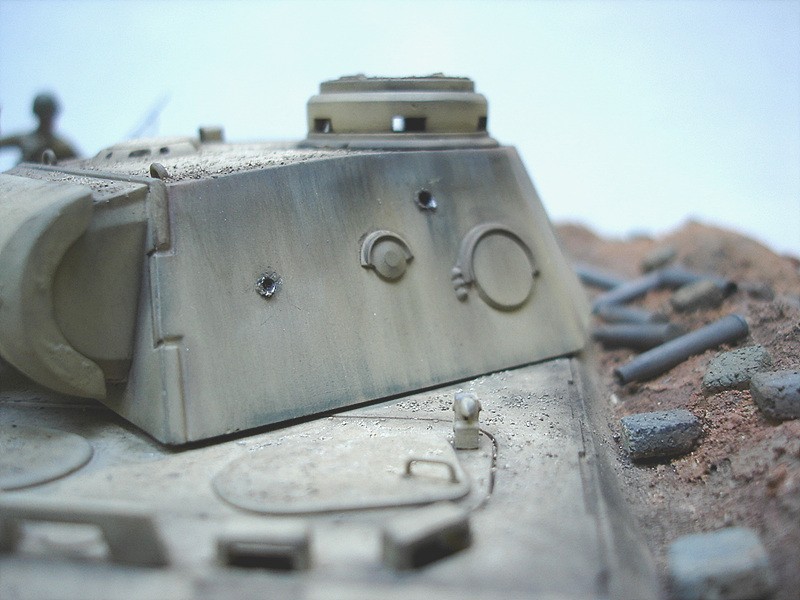 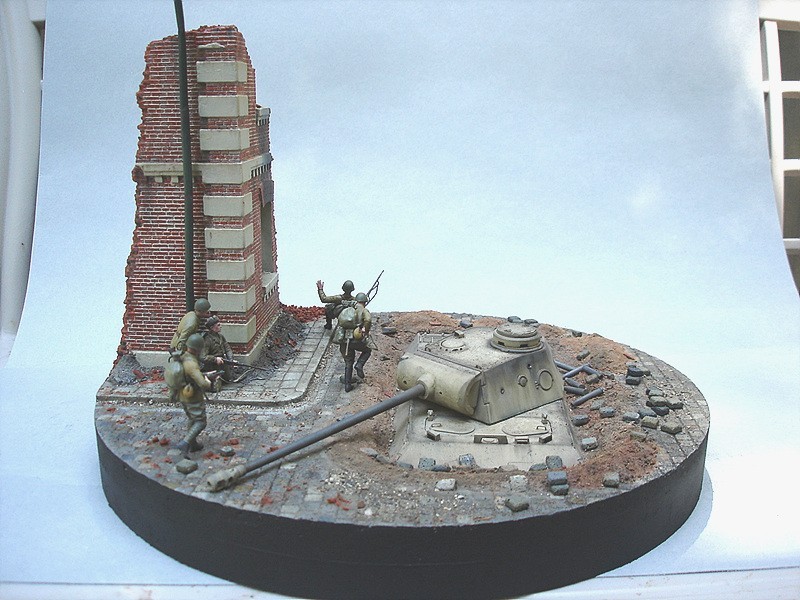 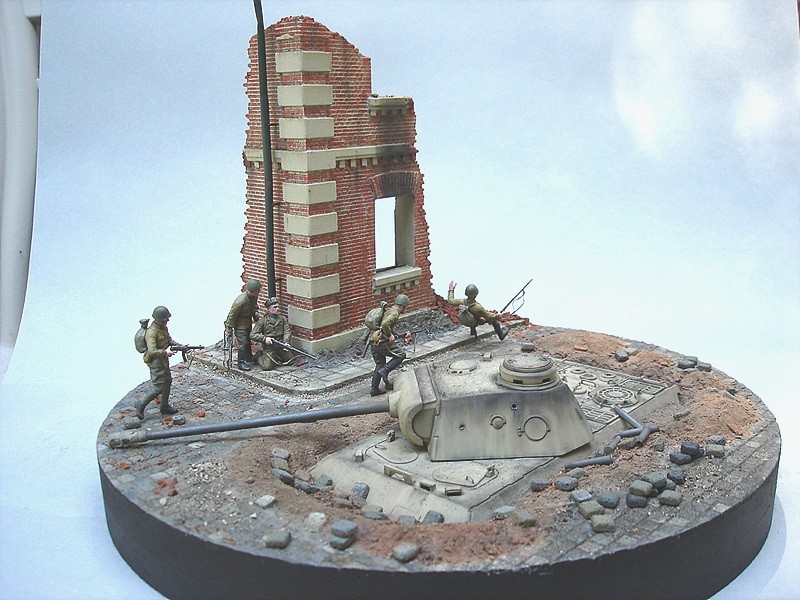 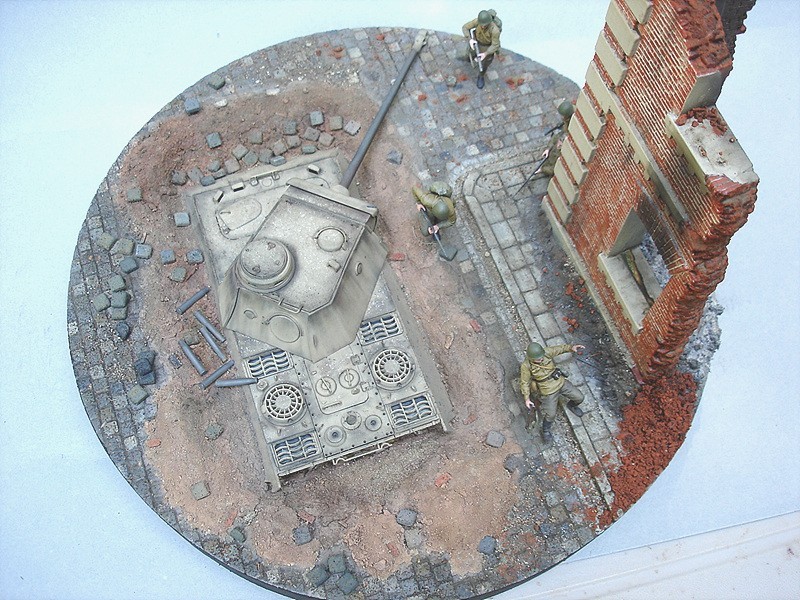 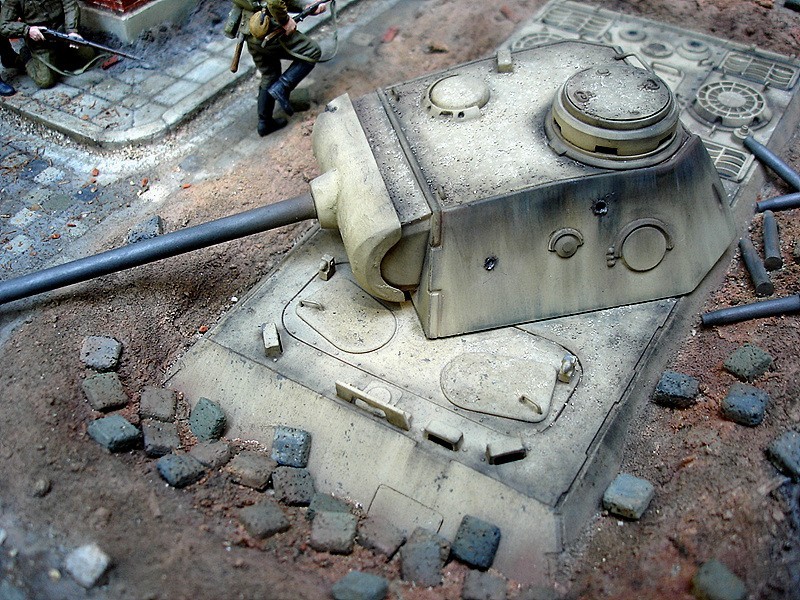 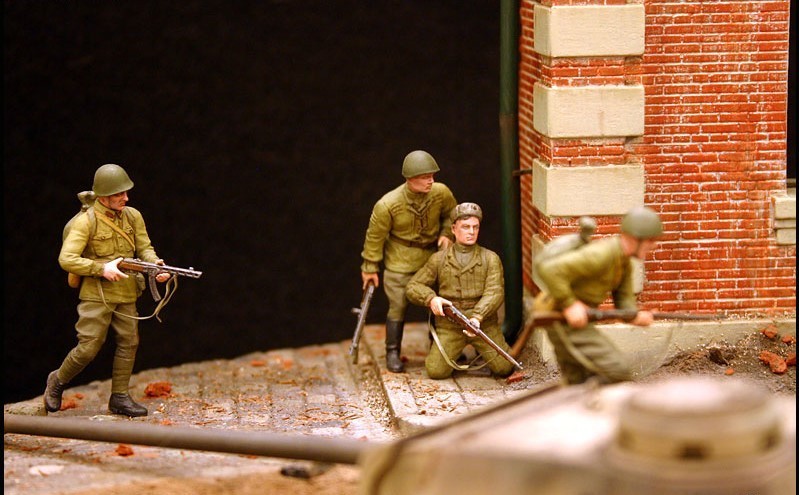 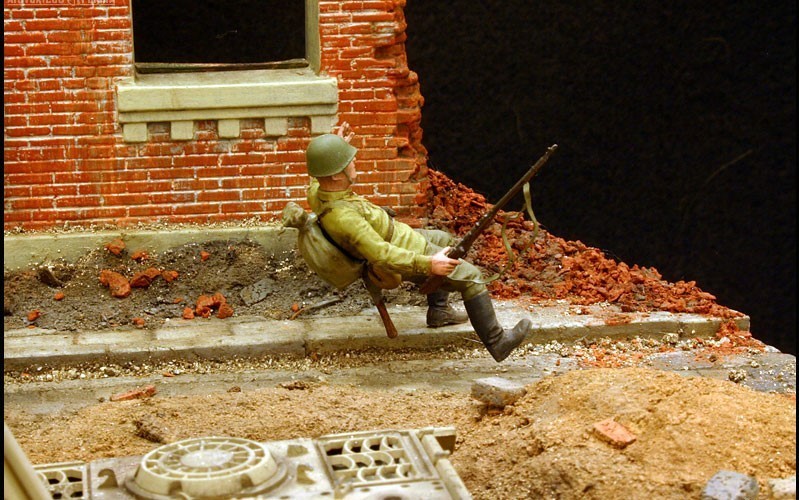 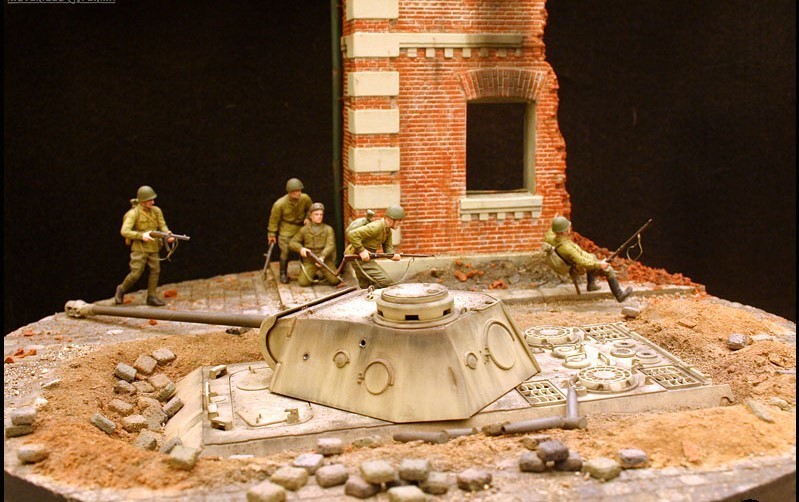