This two-volume work is a study on the uniforms of the German soldier during the interwar period and WWII.

In this first volume, the uniforms, insignia, badges and emblems that were used from January 1919 until the Wehrmacht was formed in March 1935 are analyzed in detail. The book contains graphics, illustrations and hundreds of photographs, most of them previously unpublished. 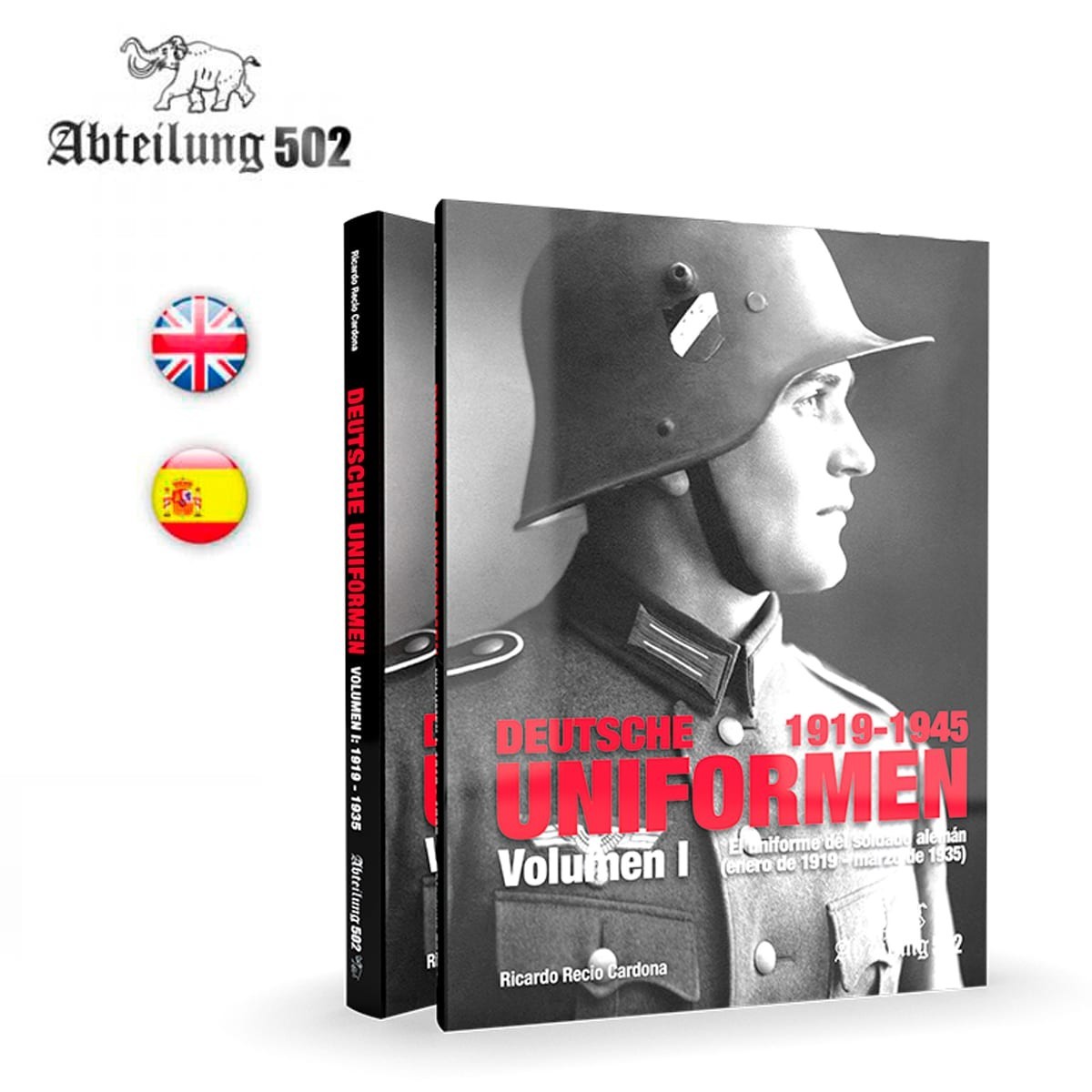 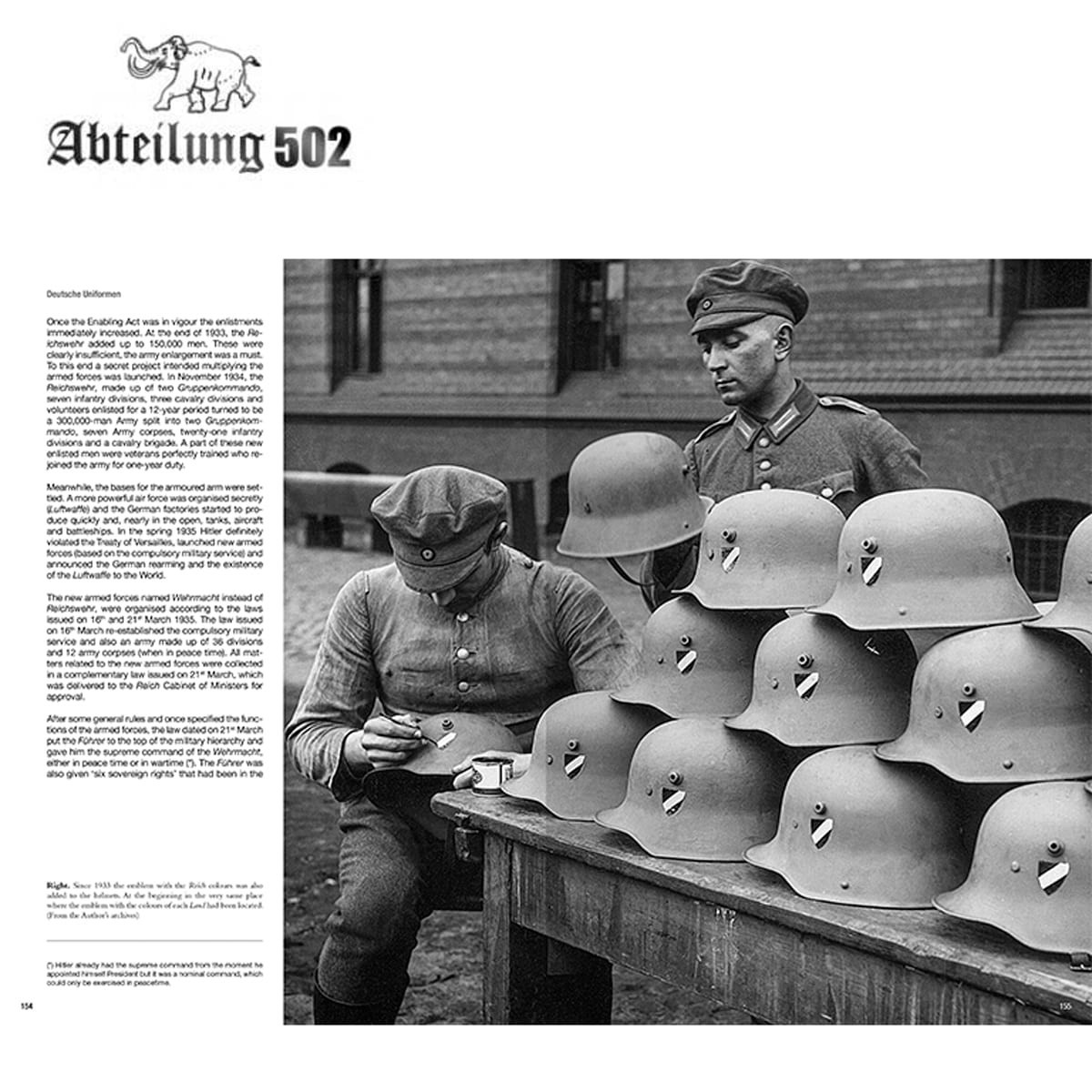 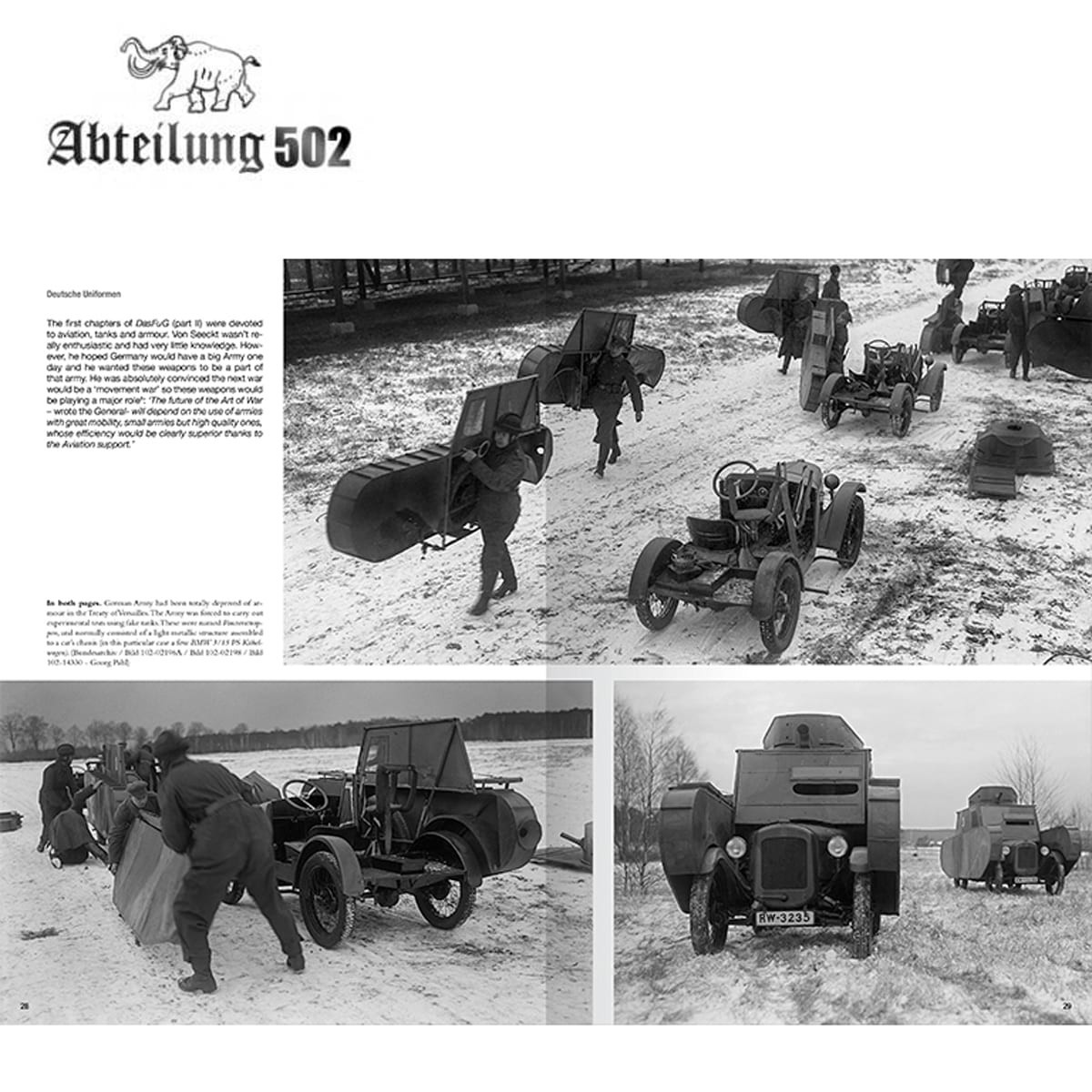 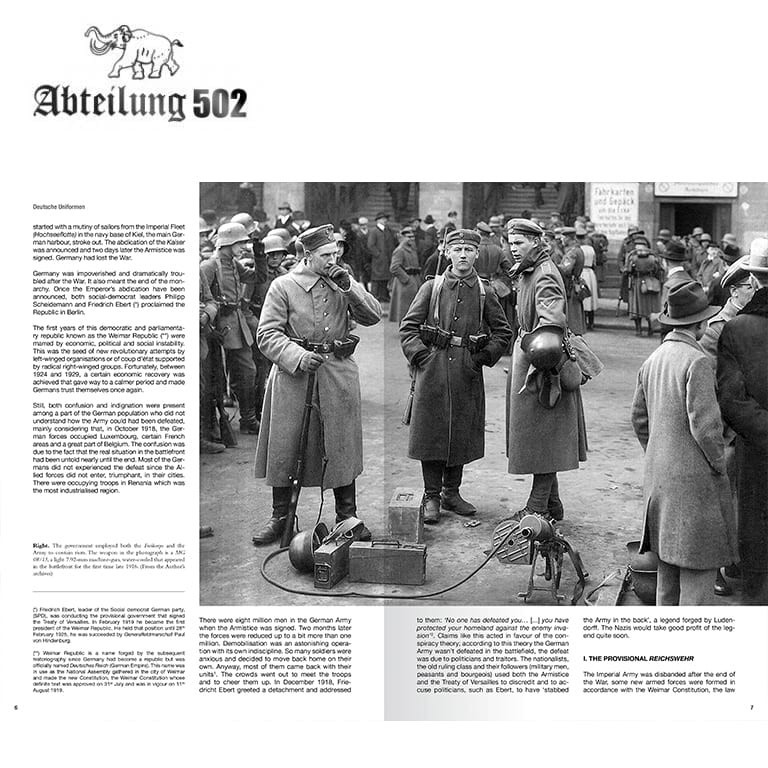 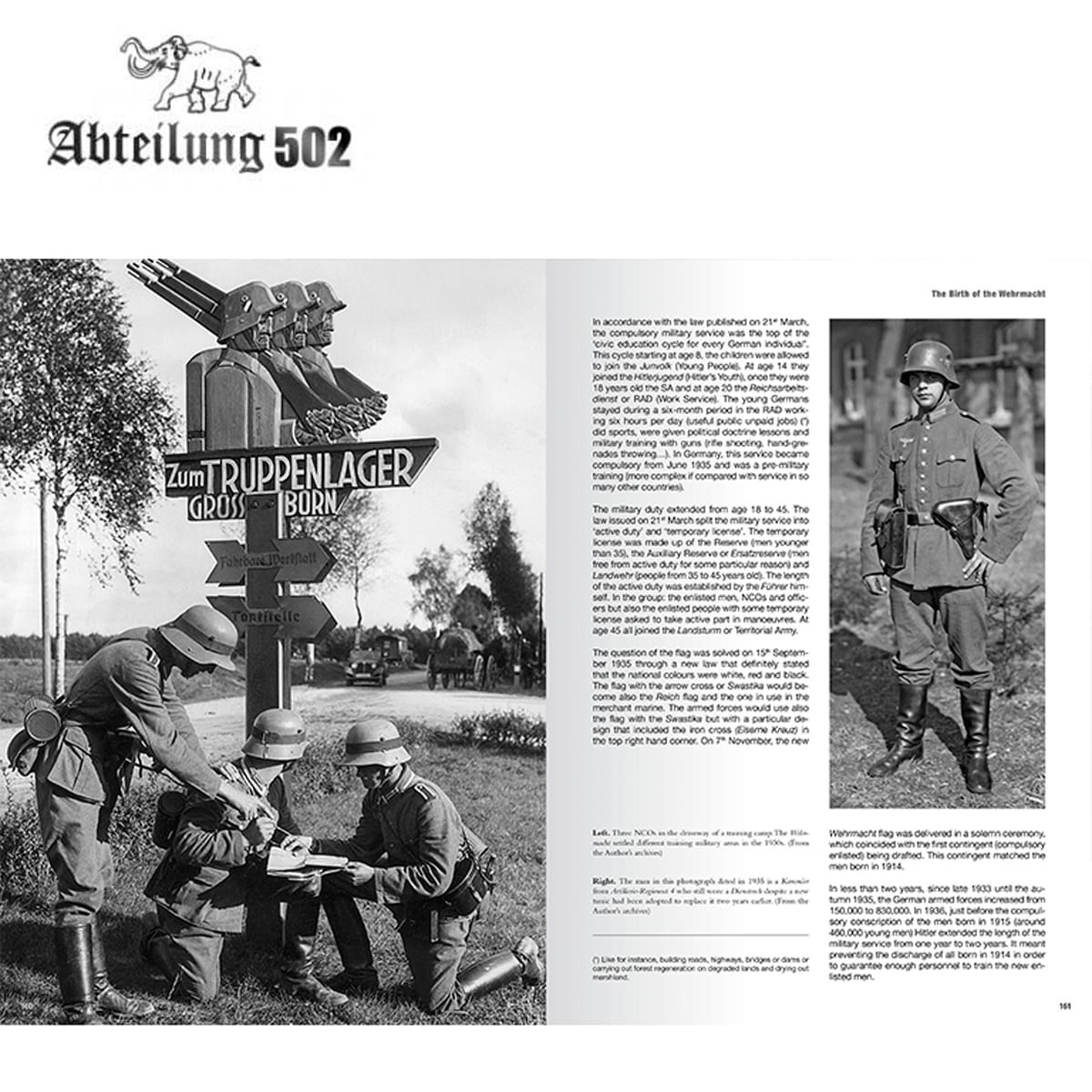 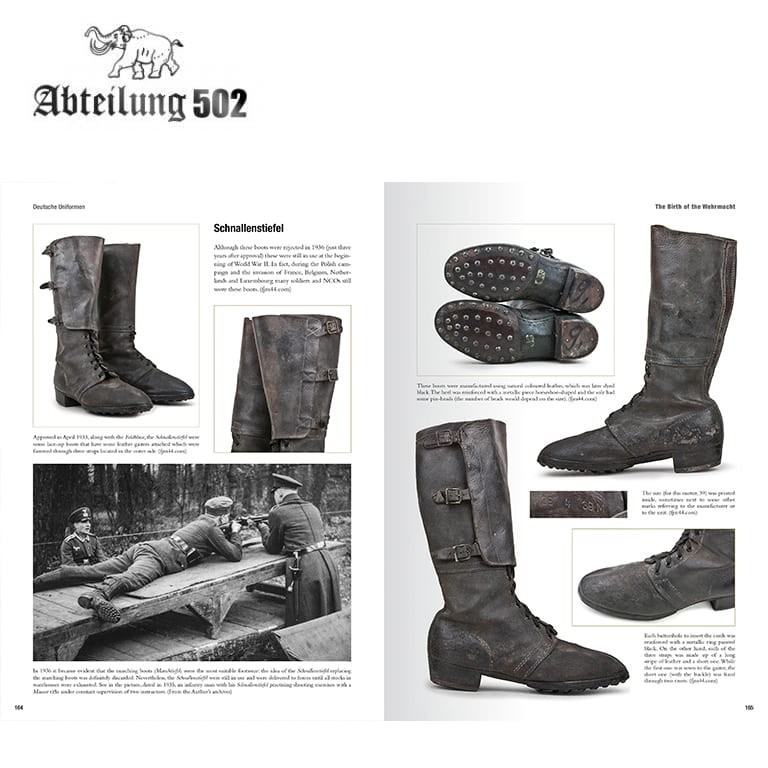