Waffen-SS Knights and their Battles - Volume 5

varanusk
Editor
posted on 1 year ago — updated on 1 year ago
1,778
views
The fifth volume of the on-going project that is detailing the chronological bestowal of all Knight’s Cross related awards to the soldiers of the Waffen-SS during the Second World War, is now available. 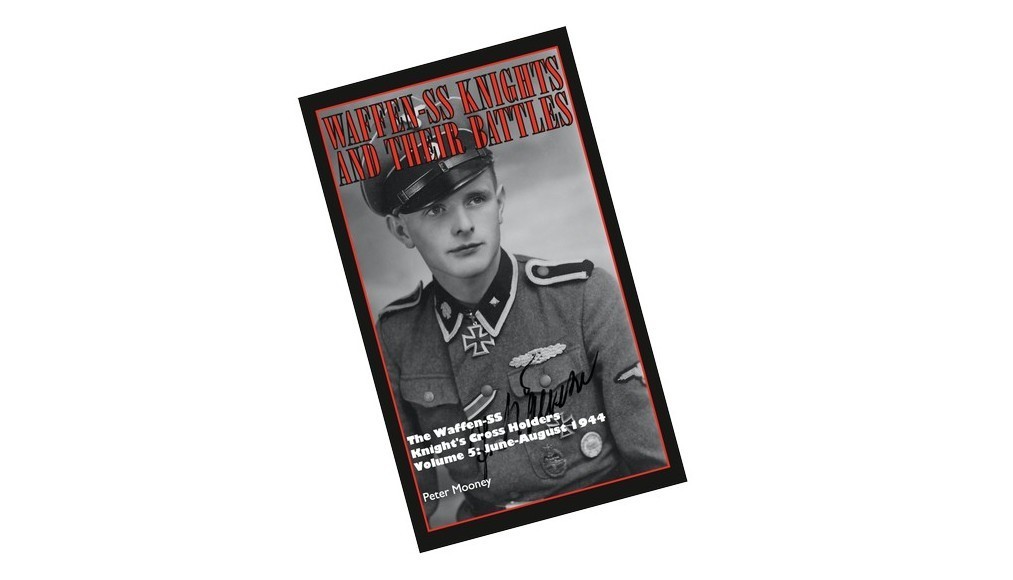 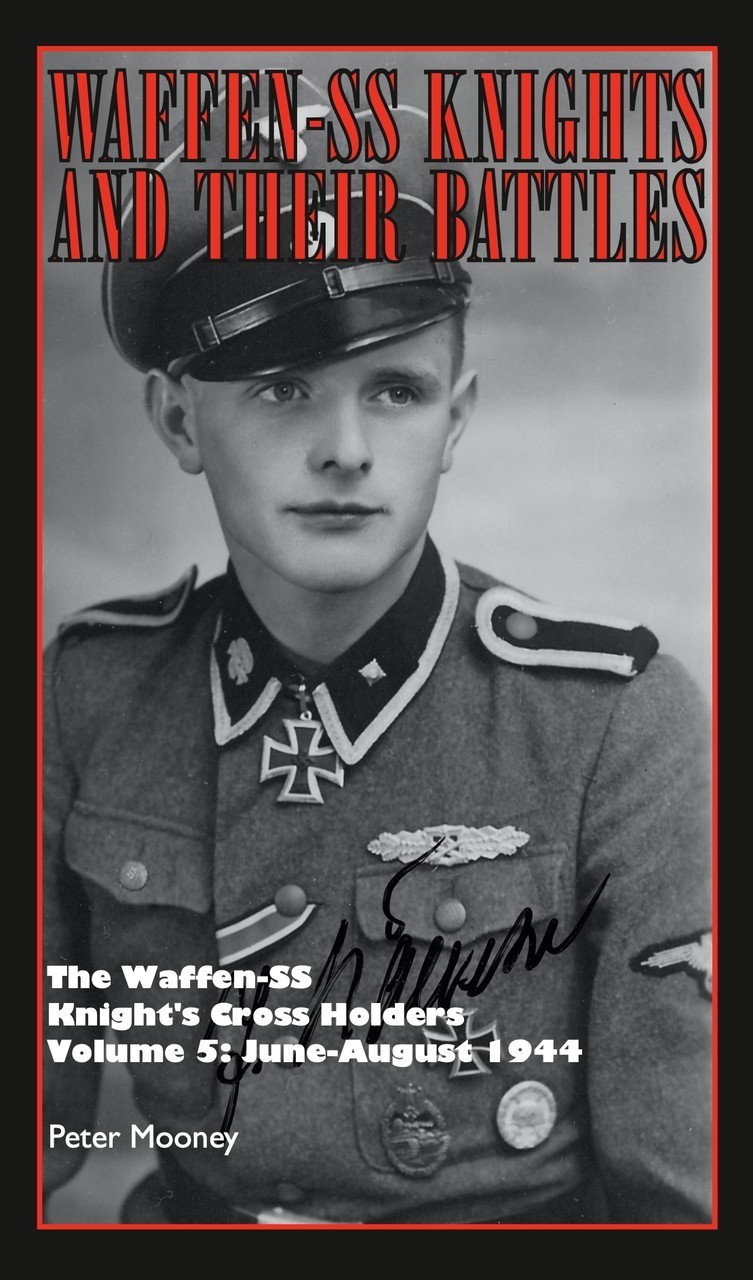 This volume will cover the timeframe from the start of June to the end of August 1944. It will focus on the Allied landings in Normandy, France and the intense battles over those summer 1944 months there. It will also detail the movement from the Narwa bridgehead and onto the Tannenberg Line, as well as actions in Latvia and the former Poland; the Italian, Balkan and Greek activity is covered too.

By the end of August 1944, the western Allies had almost cleared the entire Normandy region of the Germans and in the east, the Soviet offensive against Army Group Centre had left the northern and southern located Waffen-SS units further exposed. It was a true ‘game-changing’ 3-month period of time for the German soldier and those Waffen-SS formations listed here.

This volume will detail a further 76 Knight’s Cross related awards (the most in any single volume to date), and features 61 Knight's Cross, 6 Oakleaves, 8 Swords and the final set of Diamonds awardees. 30 Maps and 78 photographs will help you visualise the battles that tested these soldiers and provided them the chance to receive the awards detailed within. An intense volume and one that will add to your overall understanding of that conflict. 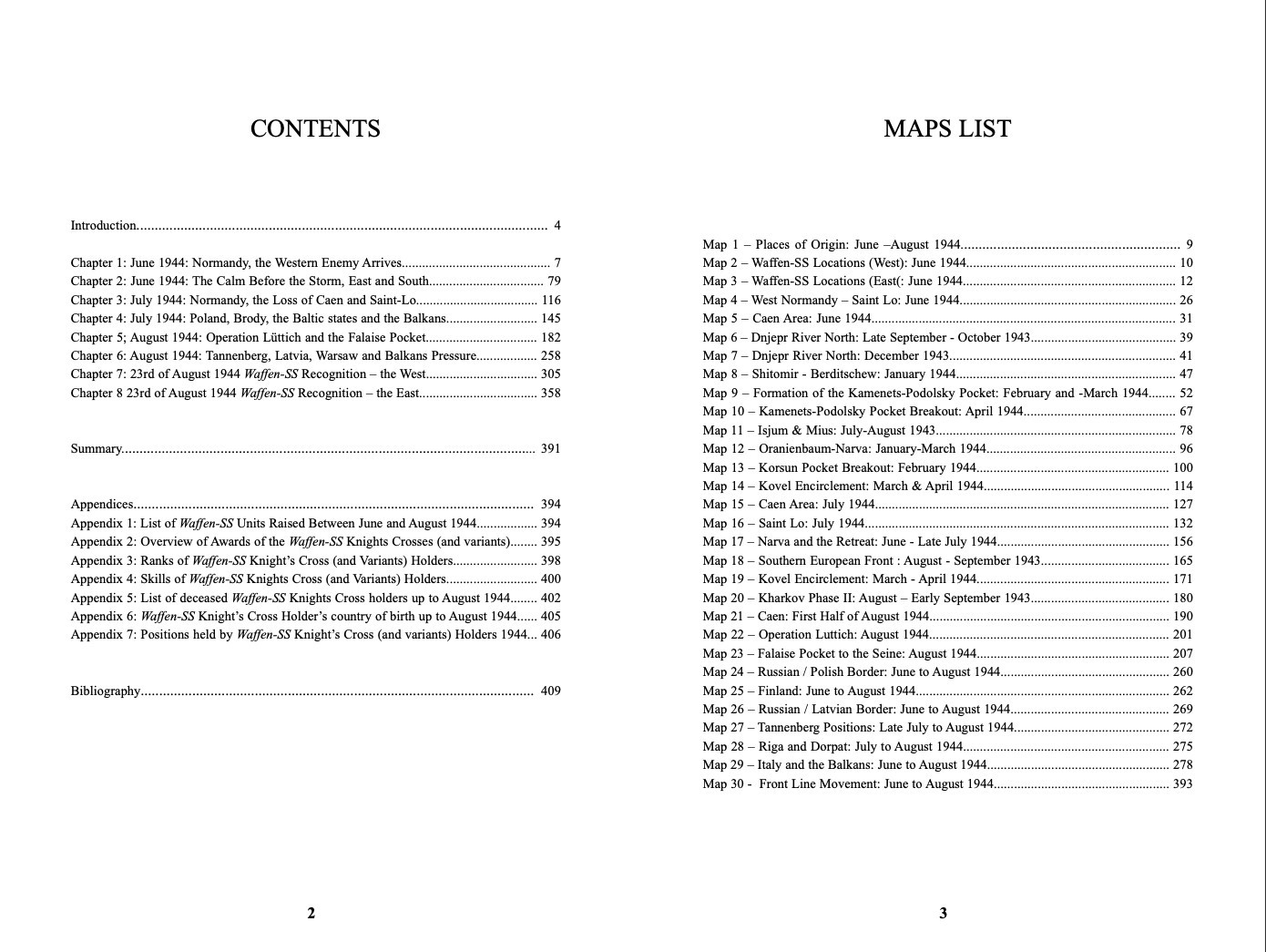 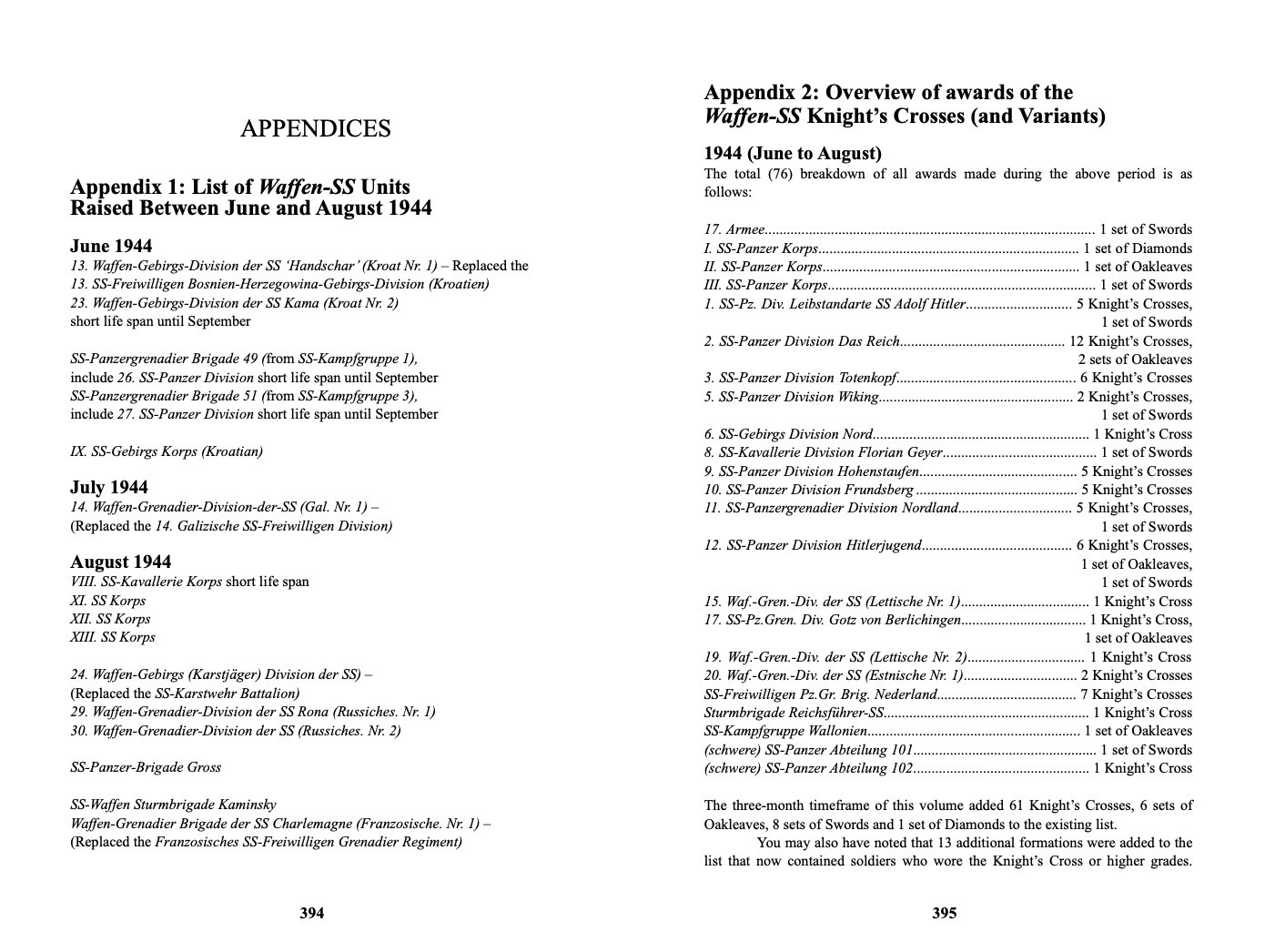 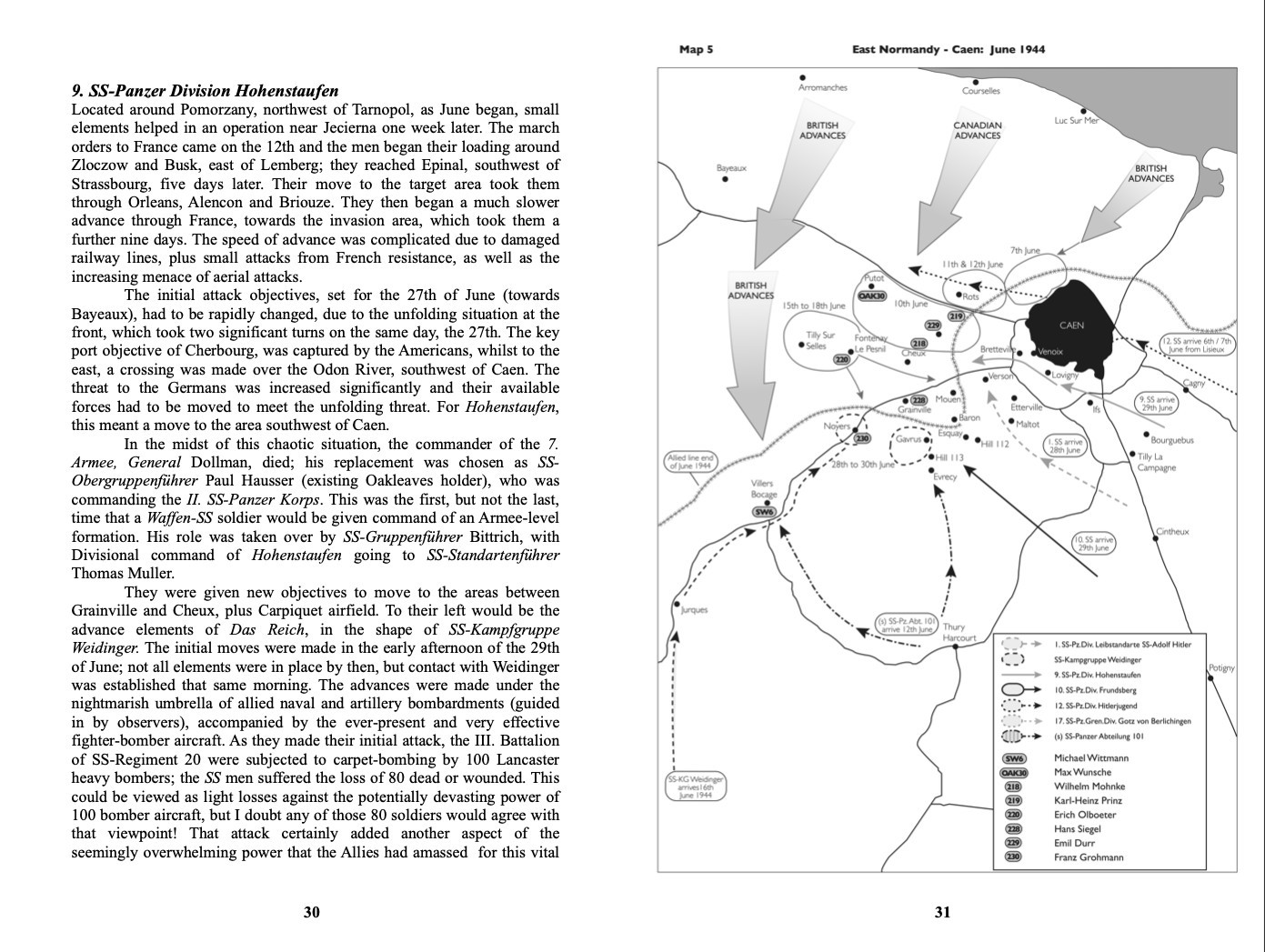 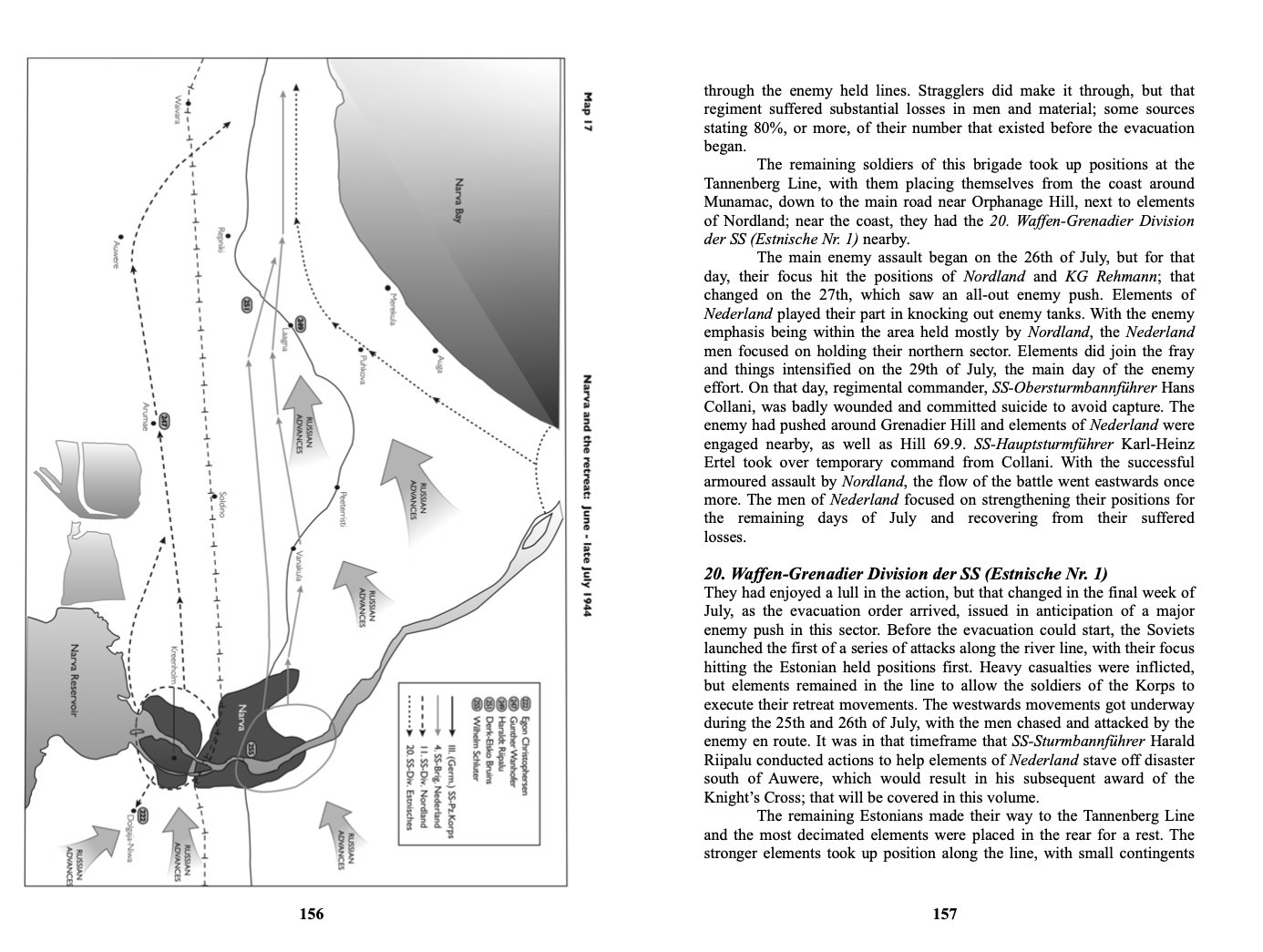 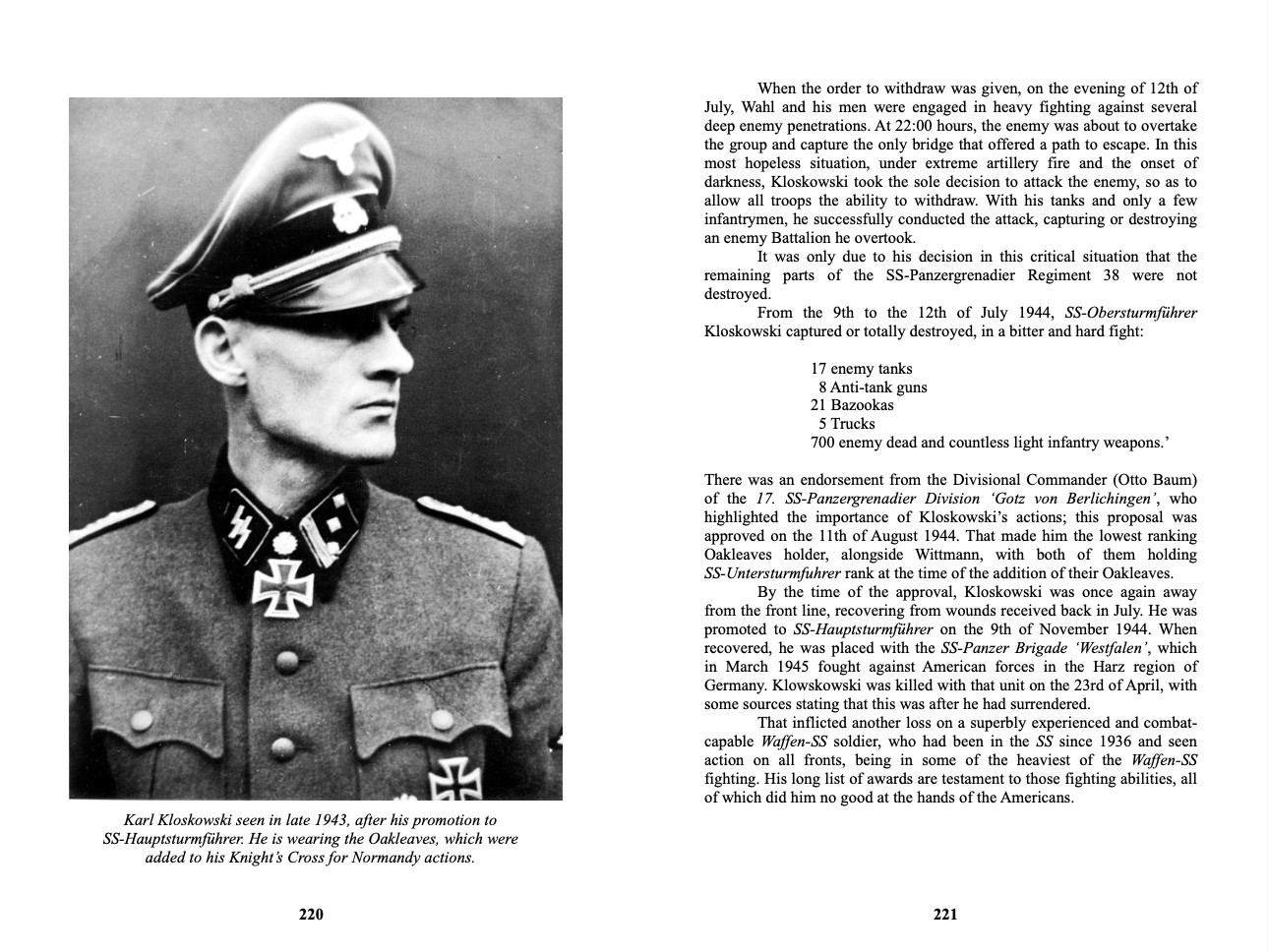