Robbo Roberts
Editor
posted on 2 weeks ago — updated on 2 weeks ago
746
views
Zvezda
1:72
Figures
Adie Roberts gets to look at Zvezda Volkssturm. Berlin 1945 1/72nd scale figures from Zvezda Art of Tactic wargaming figures, see just how good the detail, fit and scale are. Something that Adie Roberts will be doing a lot more off looking at the various model wargaming games and figures that are available. 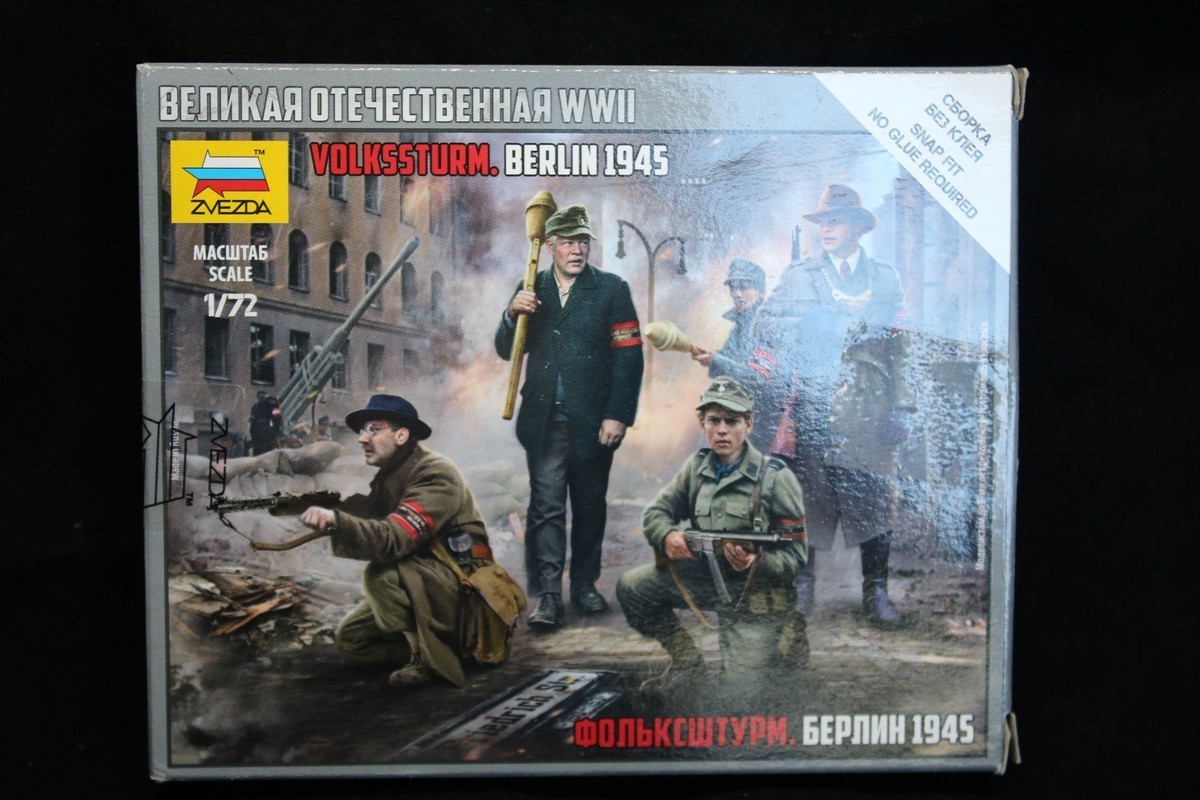 The Volkssturm  ( "people's storm") was a national militia established by Nazi Germany during the last months of World War II. It was not set up by the German Army, the ground component of the combined German Wehrmacht armed forces, but by the Nazi Party on the orders of Adolf Hitler and established on 25 September 1944. It was staffed by conscripting males between the ages of 16 and 60 years, who were not already serving in some military unit. The Volkssturm comprised one of the final components of the total war promulgated by Propaganda Minister Joseph Goebbels, part of a Nazi endeavor to overcome their enemies' military strength through force of will. Volkssturm units fought unsuccessful futile battles against the Allied forces at the end of the war and on several occasions, its members participated in atrocities accompanied by German civilians and the Hitler Youth, which were overseen by members of the SS or Gau leaders.

The box in which they come in is quite small but sturdy, the artwork is very good on this particular box giving you a real sense of what it must have looked like with young men, some of them just boys some older men right up to pensioners trying to defend their city in a last loyal stand.

Inside the box is one sealed bag which contains two light grey sprues that hold the five different figures with small bases for you to mount them on, also one larger base that can hold all five figures in a mini diorama setting with a few sandbags to place in front of them.

One small A5 instruction sheet with a small chapter on their Art of Tactic World War 2 system consists of many different sets of vehicles, figures, Aircraft. There is a starter set that includes all of the basics needed to get started, included are game boards some figures, and full rules which give you several different scenarios for you to play against friends. Then on to the assembly of the figures which does say that glue is not required, and it can be assembled without it.

The reverse side of the A5 instruction sheet shows you how to assemble and place them on the bases provided. There appears to not give any guide for painting however I will be doing some painting tips guides soon.

So, what do we have then on opening the bag and pulling out one of the sprues first impressions are rather favourable, two figures are present with two separate arms and I am rather surprised at the level of detail, the faces are full, and you can very easily identify all of the facial features? The nose is well-defined and in scale, the ears are there and easily recognisable as is the mouth in all honest with you I have seen a lot worse on some 1/35th scale figures especially when it comes to ears. The bodies and clothing are particularly good as far as detail goes on this scale, plenty of folds and creases in the clothing that they are wearing and all going in the direction of the movement. The only small criticism that I can see is in the hands of the soldiers that are not holding anything, look a little bland and small especially, when compared to the hand on the weapon in this case a Panzerfaust which is detailed. Then on this sprue is the large base for all five figures depicting a1940’s stone pavement/road with which in such a small scale looks accurate with slightly different stones and recessed lines a large flag which is to display details of the unit fighting, for use in the wargaming.

The second sprue contains the last three figures that come with this set also three separate bases and seven sandbags. This is where I got excited, as this had one of two of the figures that are not old, and what makes that all the better is they look like the teenager that stood in the streets of Berlin trying to stop the Russians. The detailing of the faces on this sprue really depicts the difference in age size and build. So, for the sake of describing each soldier, I will start with soldier 1 who is in a standing position carrying a KAR 98K which the detail is particularly good.

The face of this soldier depicts someone middle age and all the features are present and looking like this person is of an older age. The nose is well-formed and realistic in shape, the eyes are setback with again a good shape, the mouth is small but natural-looking, high cheekbone on the left. The body shape is fine, and the clothing has a natural look to it with folds and creases where you would expect to see them. Soldier 2 is the young one and is in a kneeling position, his whole-body size and shape is a young lad in his teens, this is quite possibly my favourite figure when compared to the others for detail of features he really looks the age and when you take into consideration of the scale Zvezda really has pulled this out of the bag.

So, all his features are their ears, nose, and eyes all look great the uniform gives it a sense of bigger than his actual size and this is a full uniform. He is holding a Volkssturmgewehr in an aiming position the gun itself is modeled so well and is accurate to the pictures I saw of them.

Soldier 3 is a middle-aged guy who is also in a kneeling position he is wearing an overcoat that hangs as you would expect it to and drops down over the left knee almost to the floor, again you can not knock the detail. Soldier 3 weapon is an MP 34, I did have to look the weapon up but the detail on this compared to the picture was spot on.

I was not sure what to expect when given the chance to review this small kit, what I realised, now is the fact that these figures were way above what I thought they would be in detail and I only see this as a positive step moving forward. Why should war gamers not have good detail surely this can only help the wargaming community?

I would like to see more and more companies taking this sort of approach and delivering outstanding soldiers of a similar look and detail as the Zvezda ones I have just reviewed. I hope to see more work like this from Zvezda and other companies and in my opinion well worth investing in if your wargaming is from this timeline. 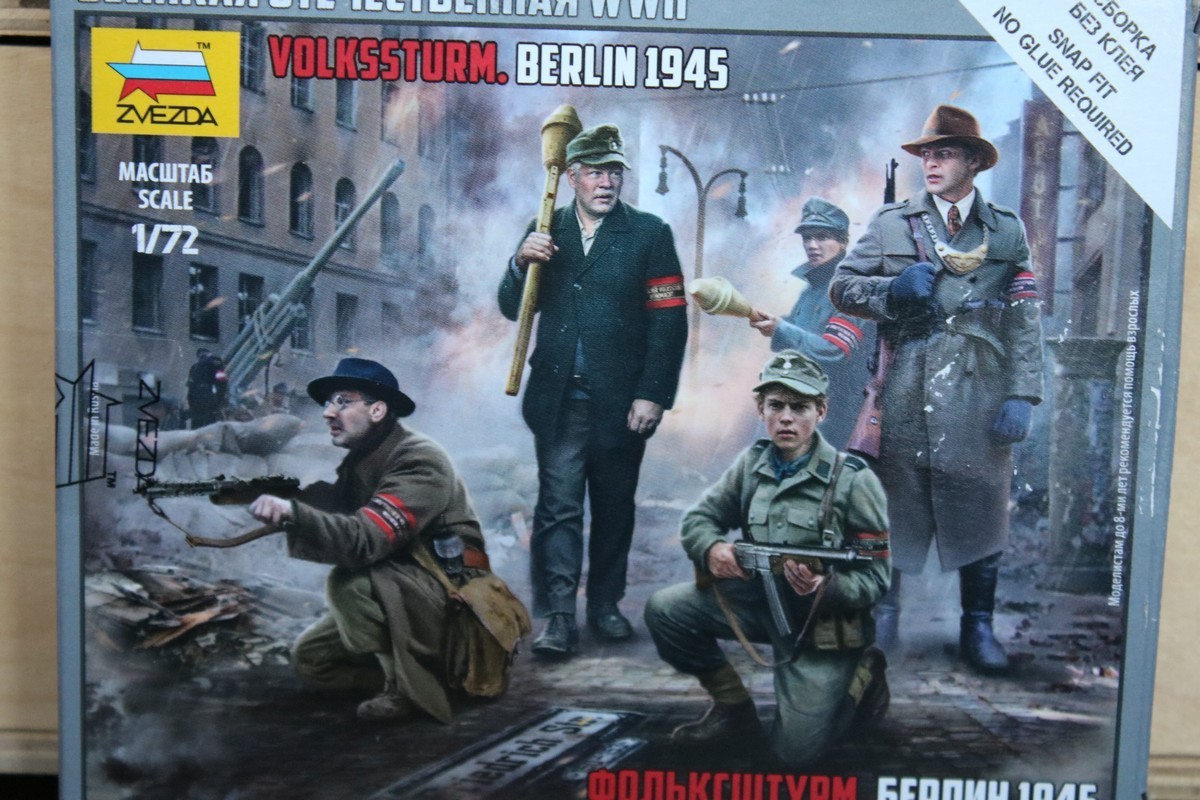 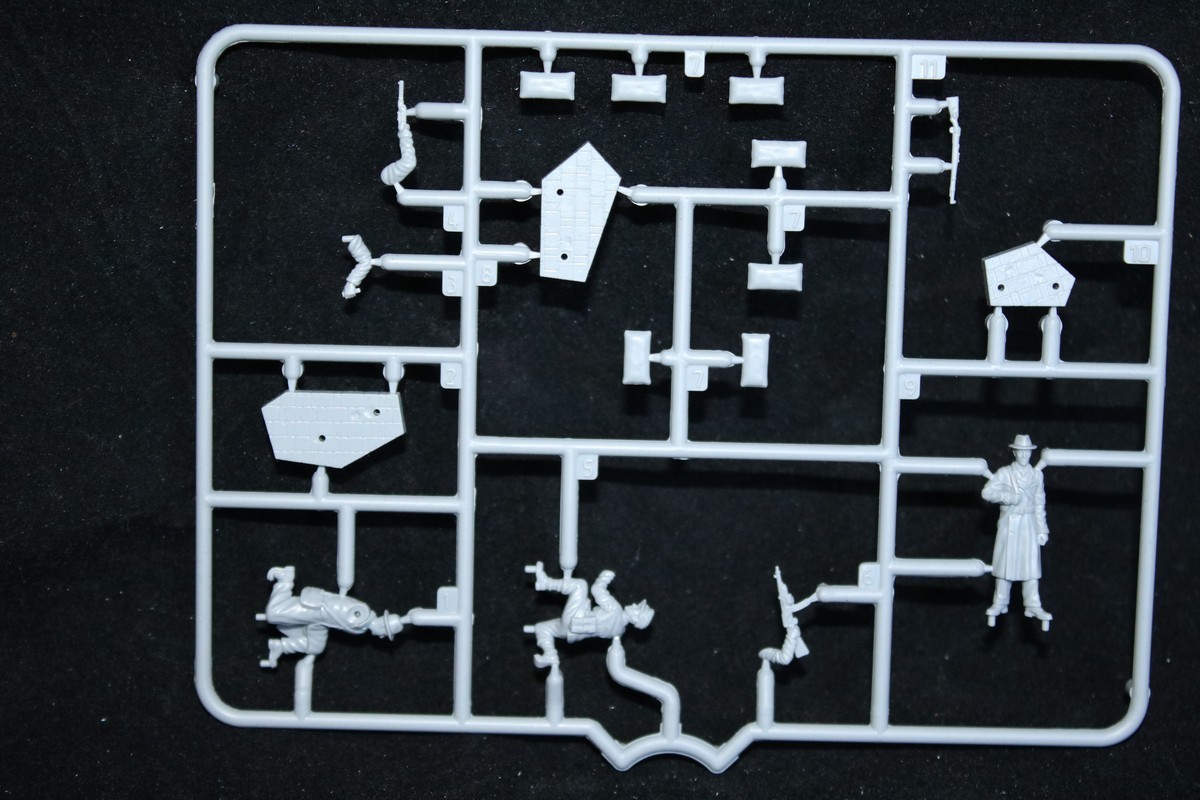 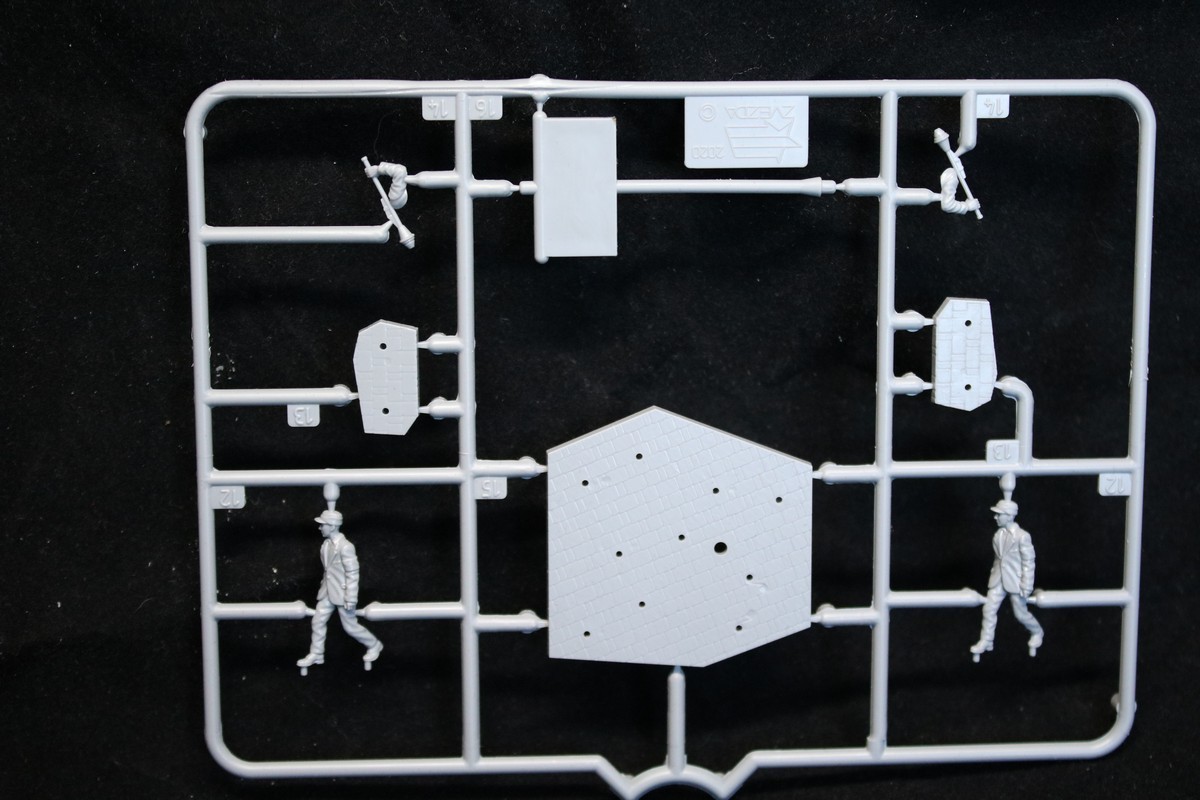 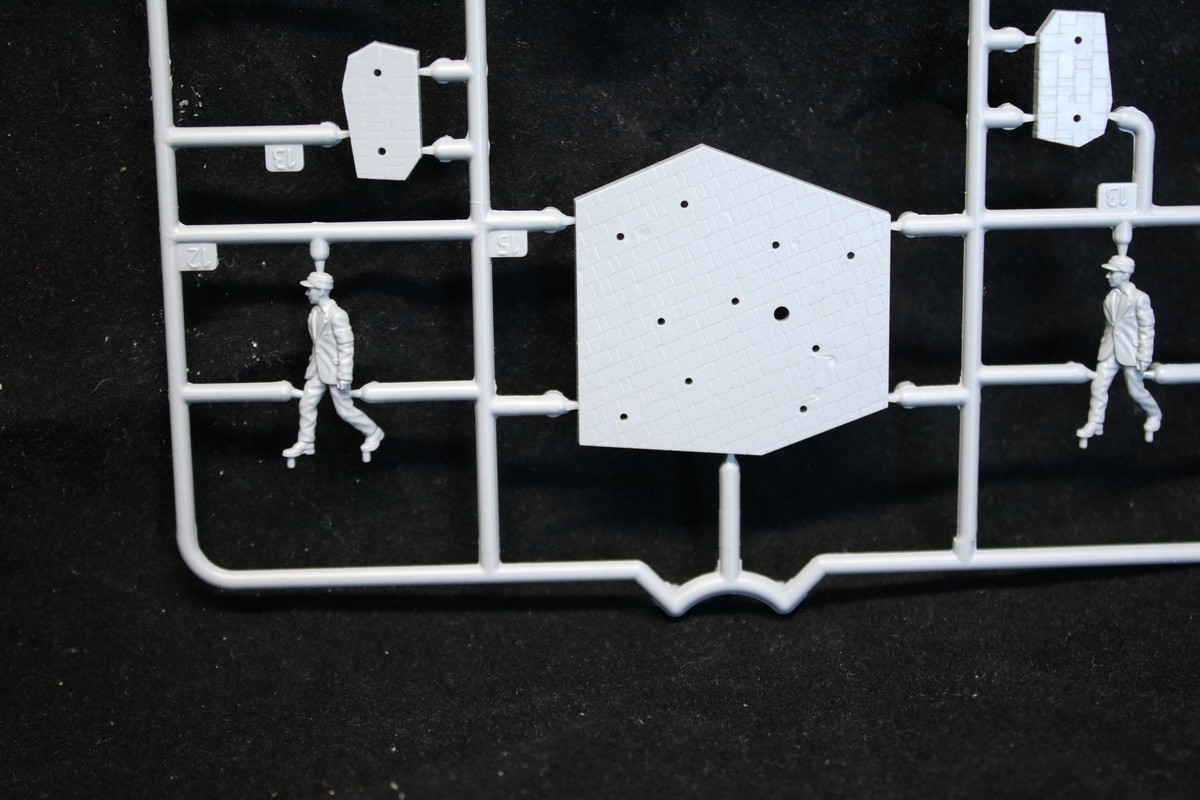 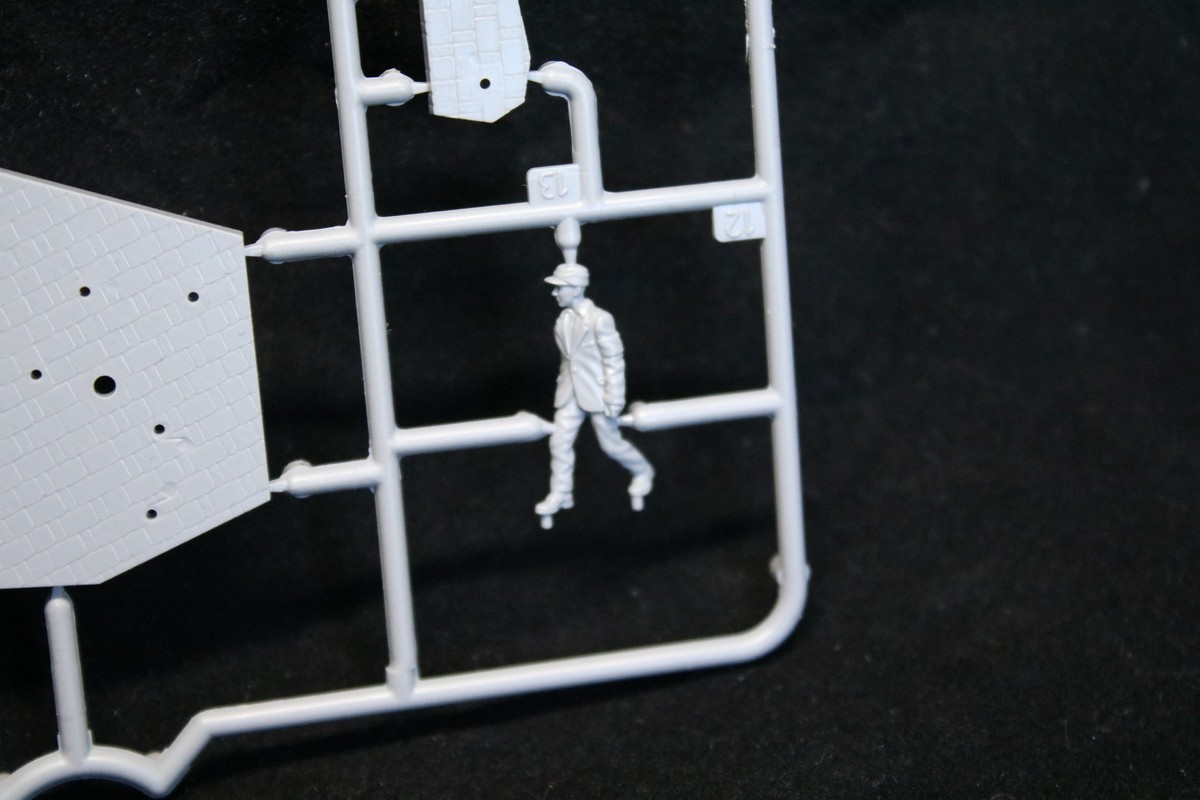 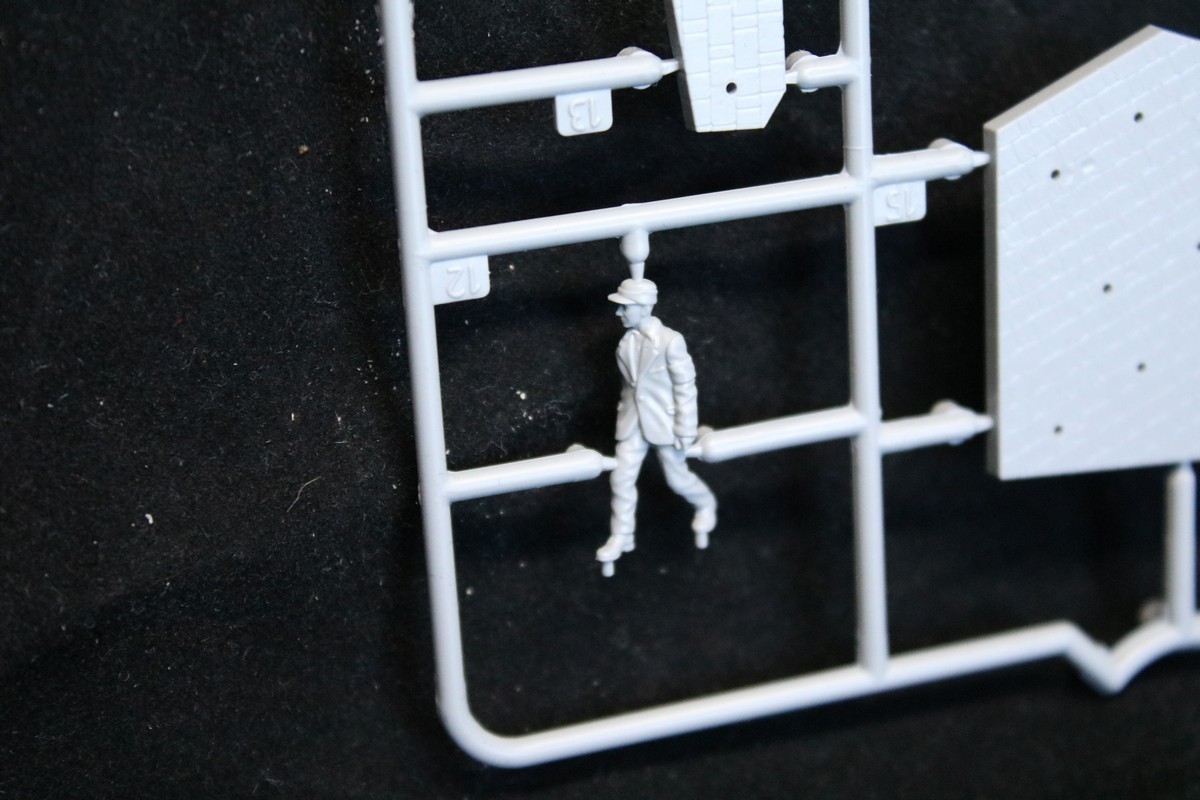 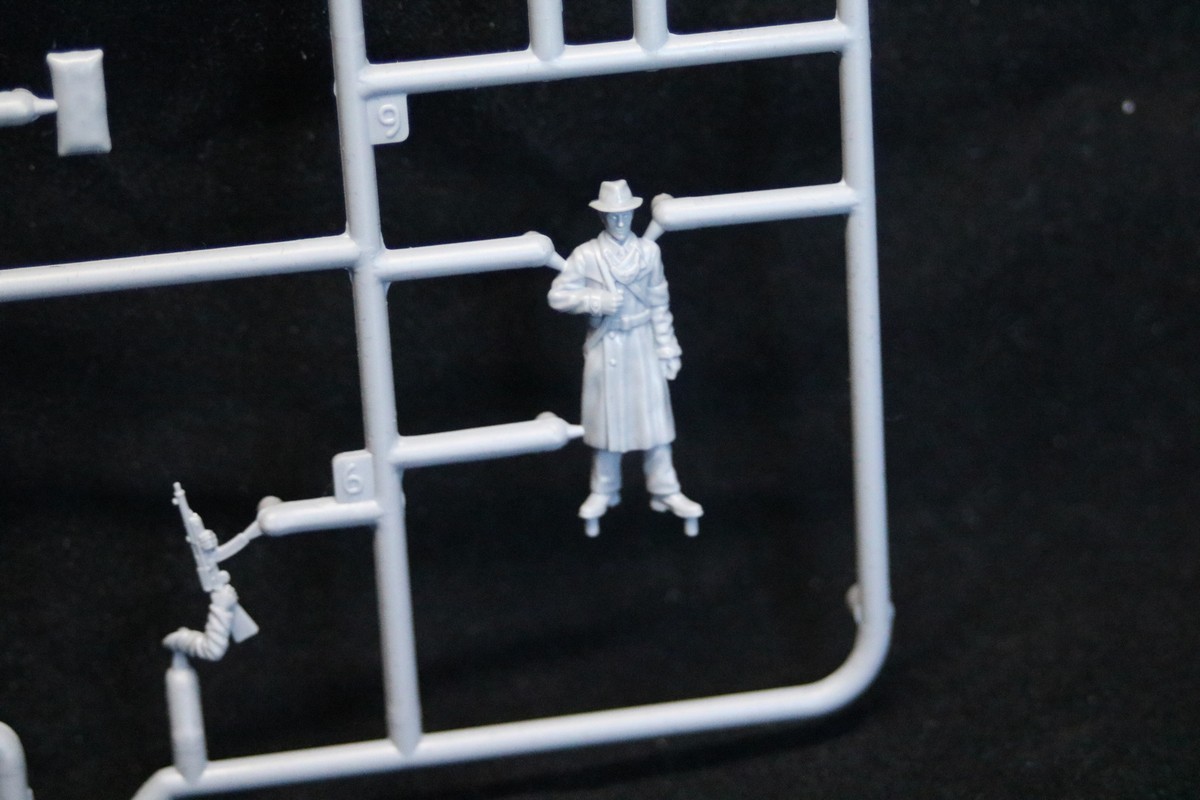 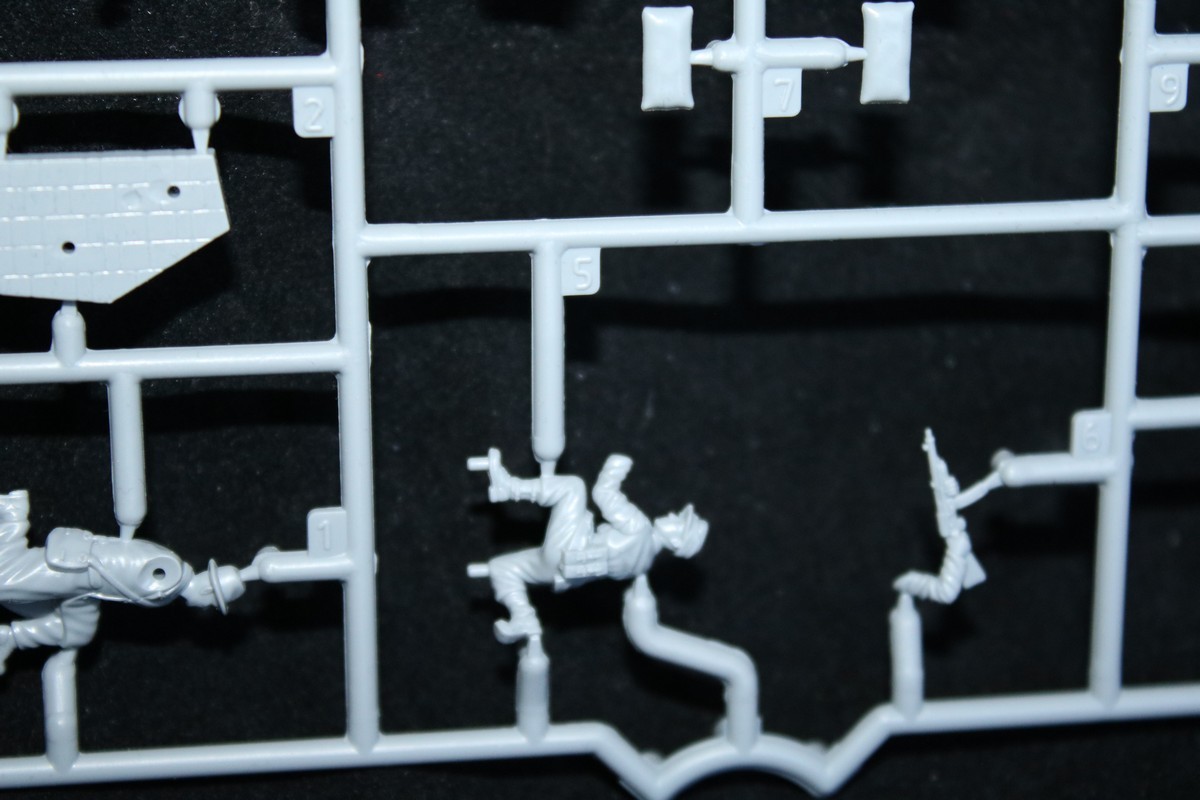 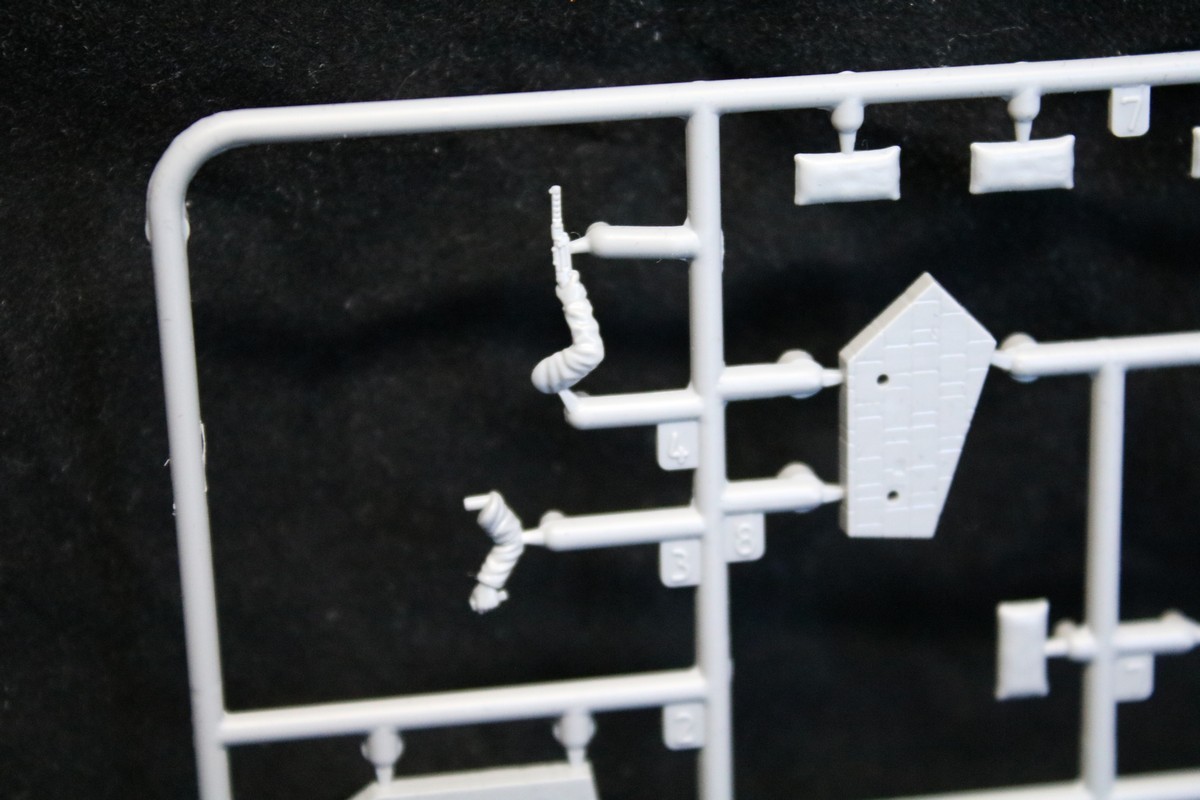 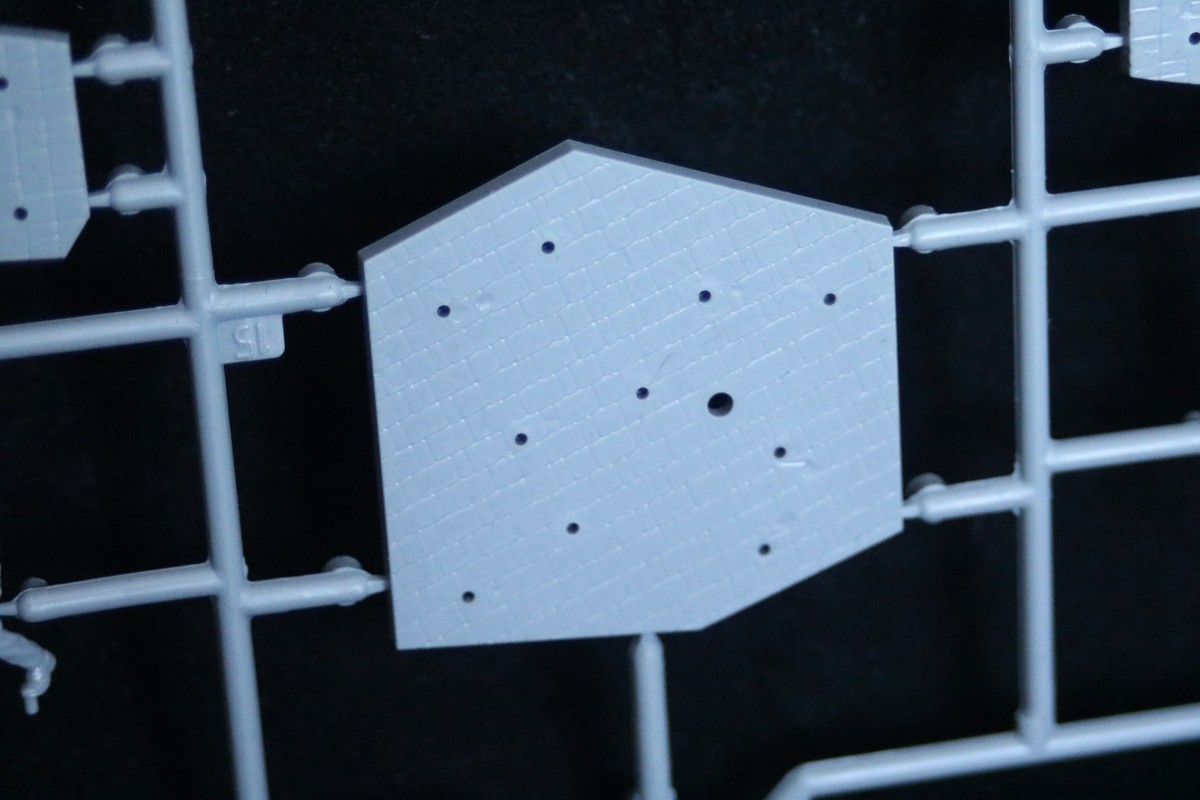 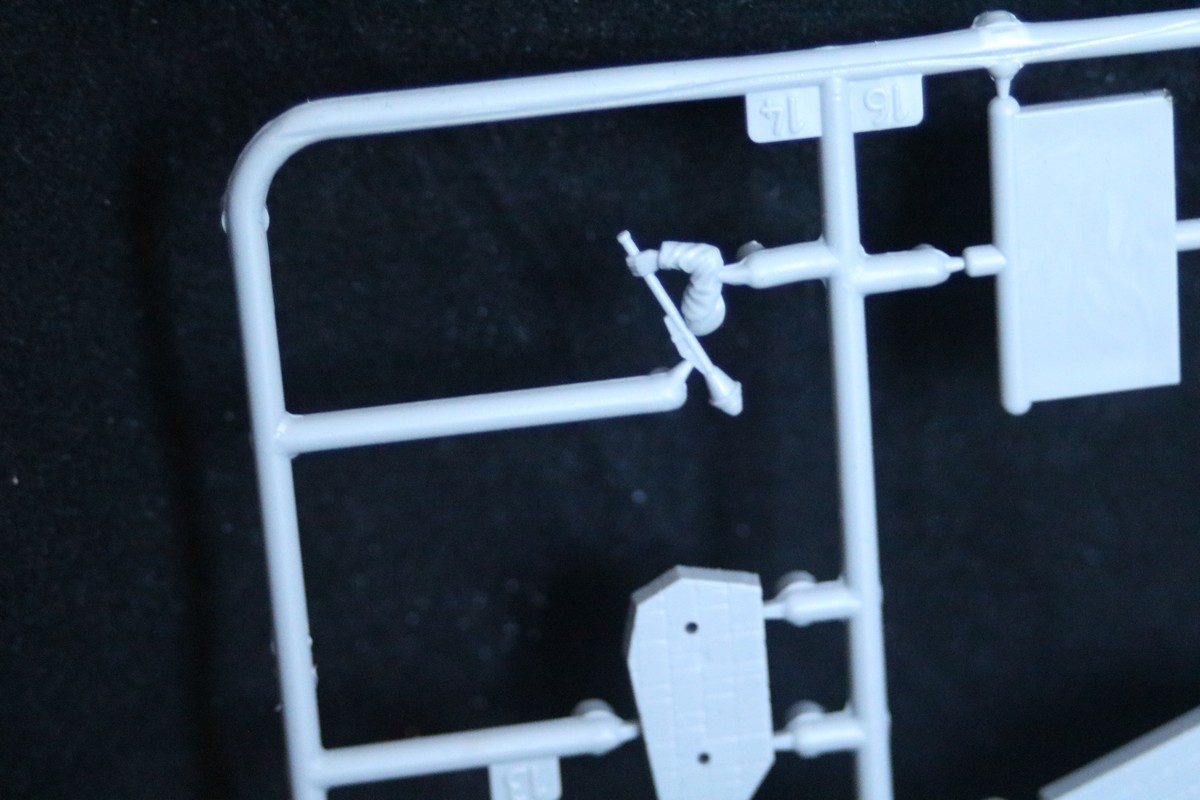 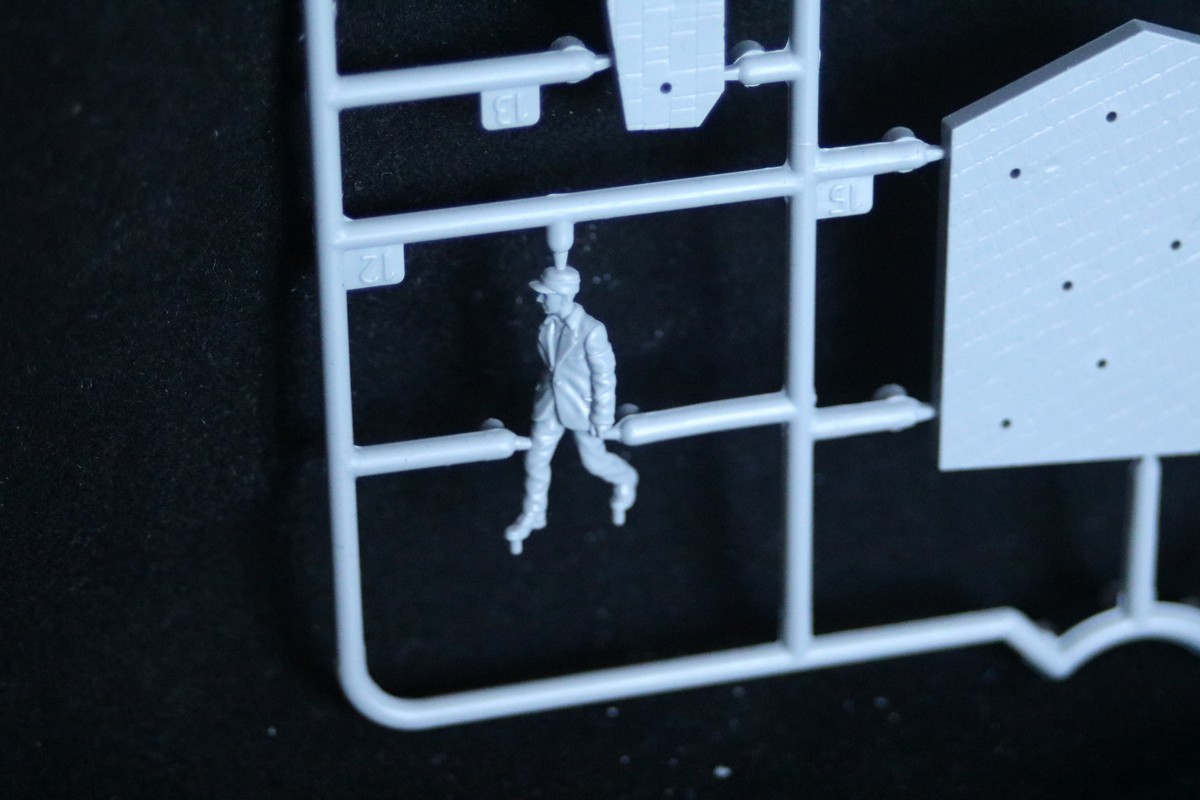 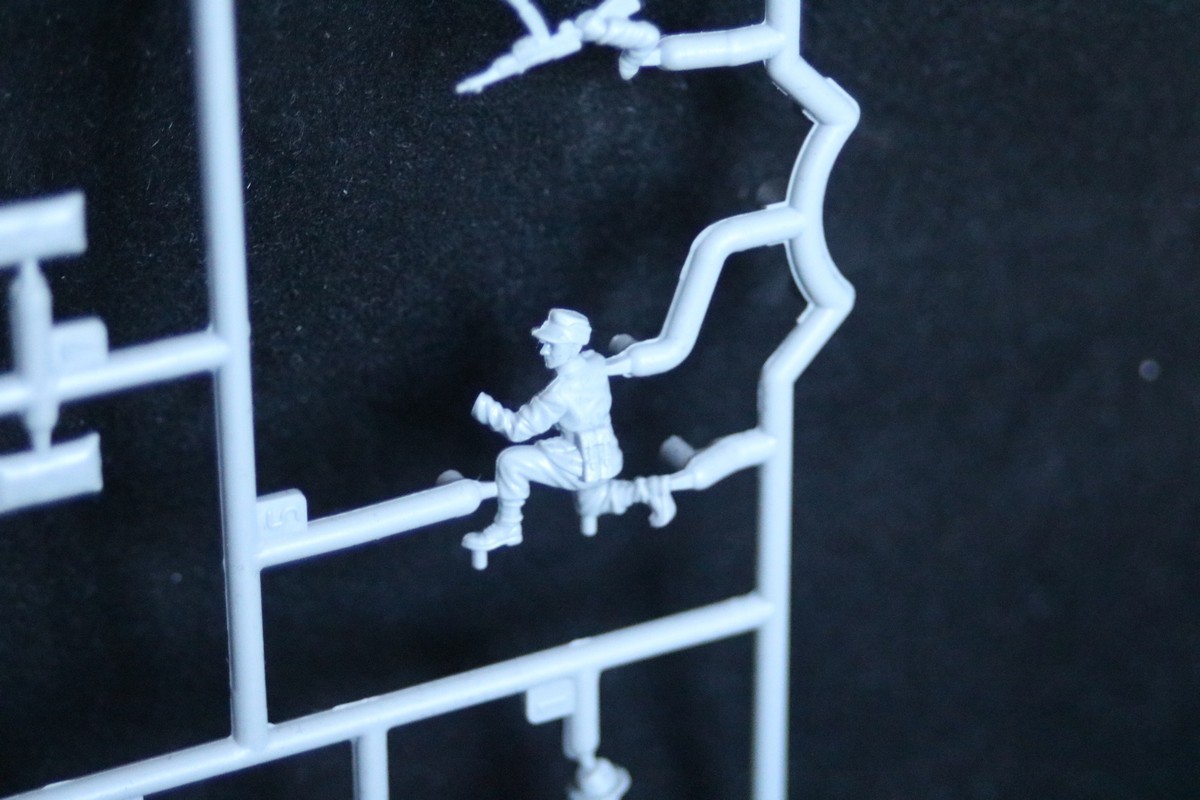 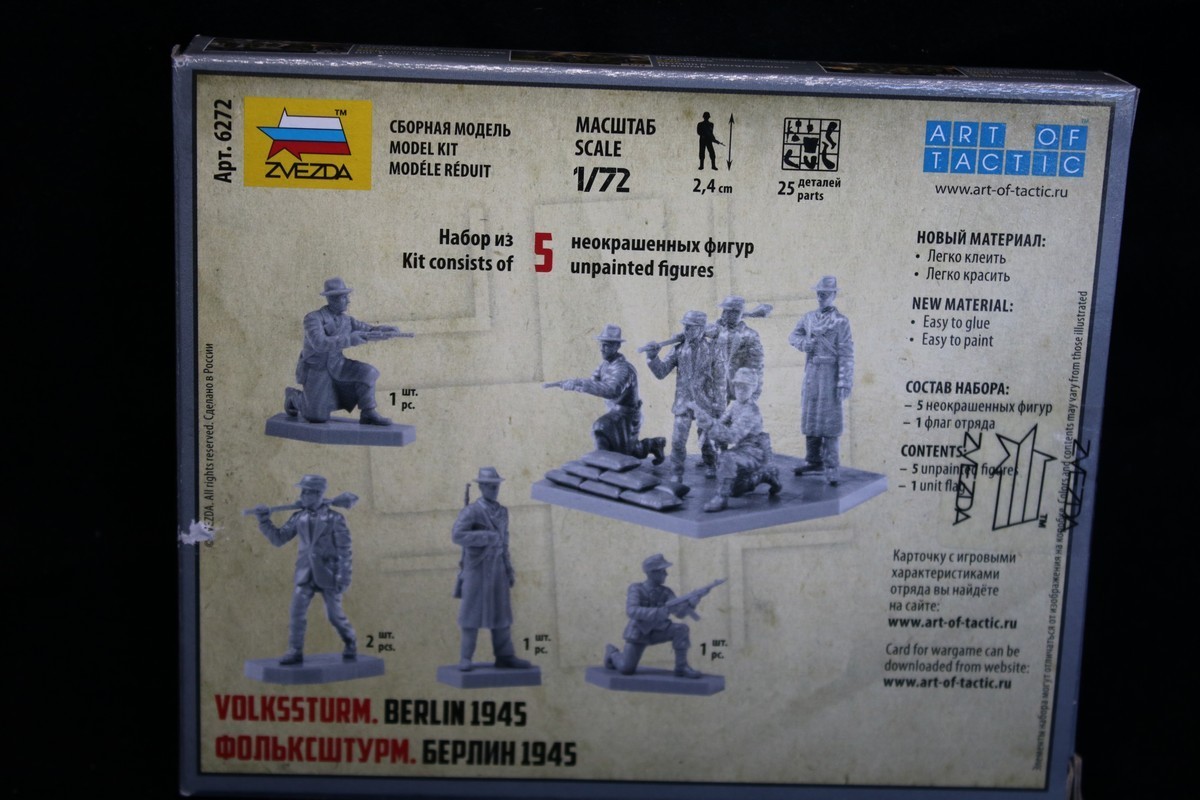