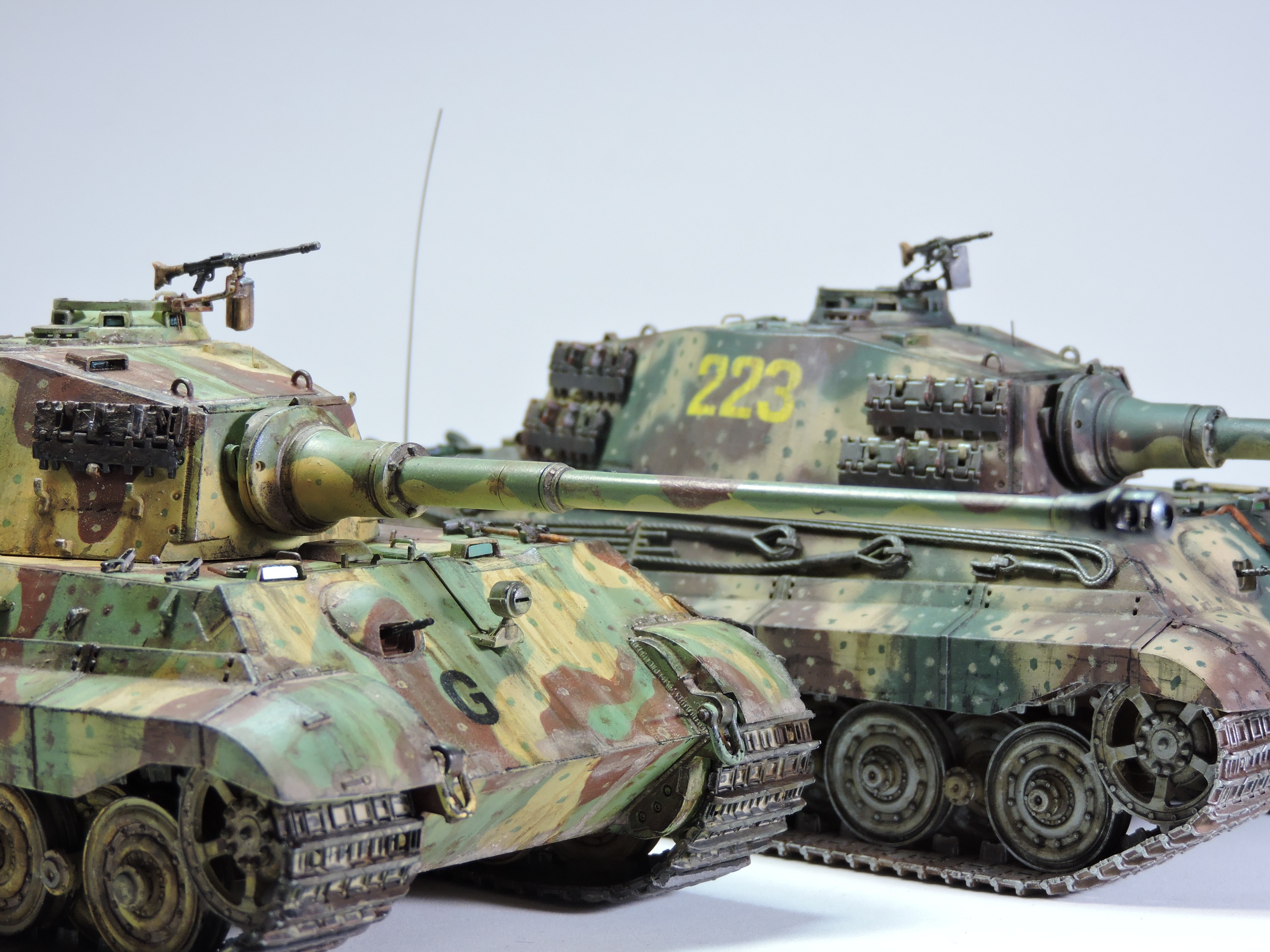 I recently decided to paint two Tiger II in Ambush (Hinterhalt) camouflage, but with a different camo pattern and weathering effects:

KING TIGER 003: Tiger II, Stabskompanie, s.SS.Abt. 501, Ardennes front version, December 1944. This is another excellent Dragon kit, code 6254, with great details, and I only added two metallic antennas, two new front periscopes and photo etched tool clamps. Hard edged three tone camo. Heavy weathering, wear and dirt. This Tiger II was immobilised on the road to Stavelot where it was set on fire by its crew before they withdrew.

Here are some sources about the Hinterhalt camouflage:

“The WW 2 German Hinterhalt or 'Ambush' scheme was at least 4 different paint schemes applied by the MAN and Daimler-Benz factories, between 19th August and 14th September 44 (with zimmerit, on the dark yellow base) and from 14th-30th September (without zimmerit and on the red primer base).” http://wargamesobsession.blogspot.com

“The lack of detailed guidance on camouflage patterns resulted in a very wide variety of patterns. Some units used created carefully painted patterns, while other patterns were very rough. To standardize and improve camouflage patterns, on 19 August 1944, it was ordered that all vehicles should be painted at the factories. The pattern, Hinterhalt-Tarnung (ambush camouflage), still used a base color of dunkelgelb, with rotbraun and olivgrün stripes. On top of each color, small dots of the other two were applied. This pattern was created to give the appearance of the sun shining through forest foliage.

On 20 December 1944, it was ordered that a dunkelgrün base, with a hard-edge pattern of dunkelgelb and rotbraun, should be used.”

But I agree with this point of view too:  SS Pzbt 501 Tigers appeared in differing camo schemes (6 tanks were supplied from another unit in a differing pattern) some hand painted, some sprayed, some with dots, others without. Some had the 1st SS Panzer Corps insignia painted on, others didn't, some had the national cross on the turret others didn't, and some did not have visible turret numbers! I recommend a book called 'Tigers in the Ardennes' by Gregory A Walden which refers to a number of individual tanks that took part from eyewitness counts clarifying the schemes worn and insignia visible, with interesting pics. 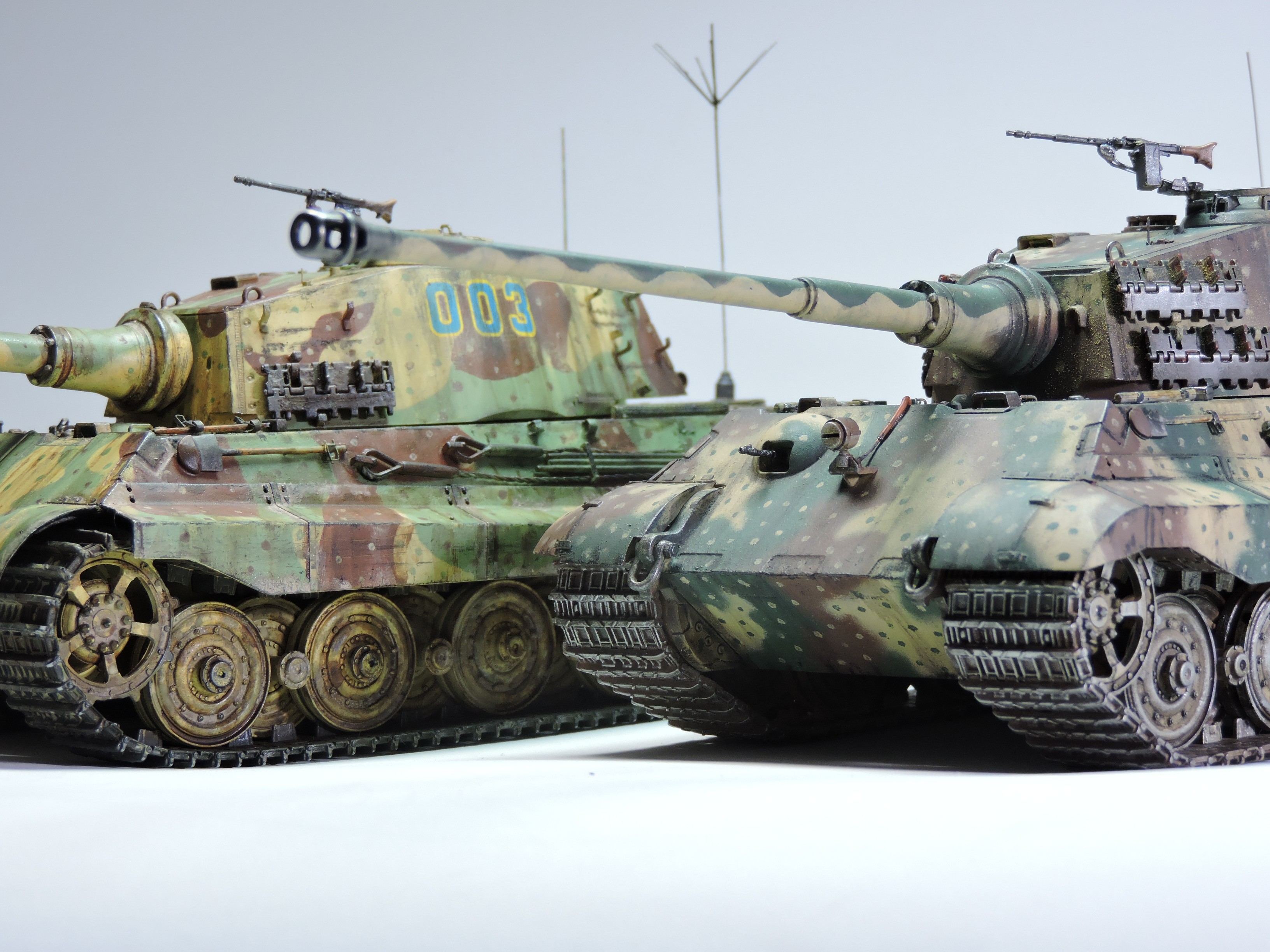 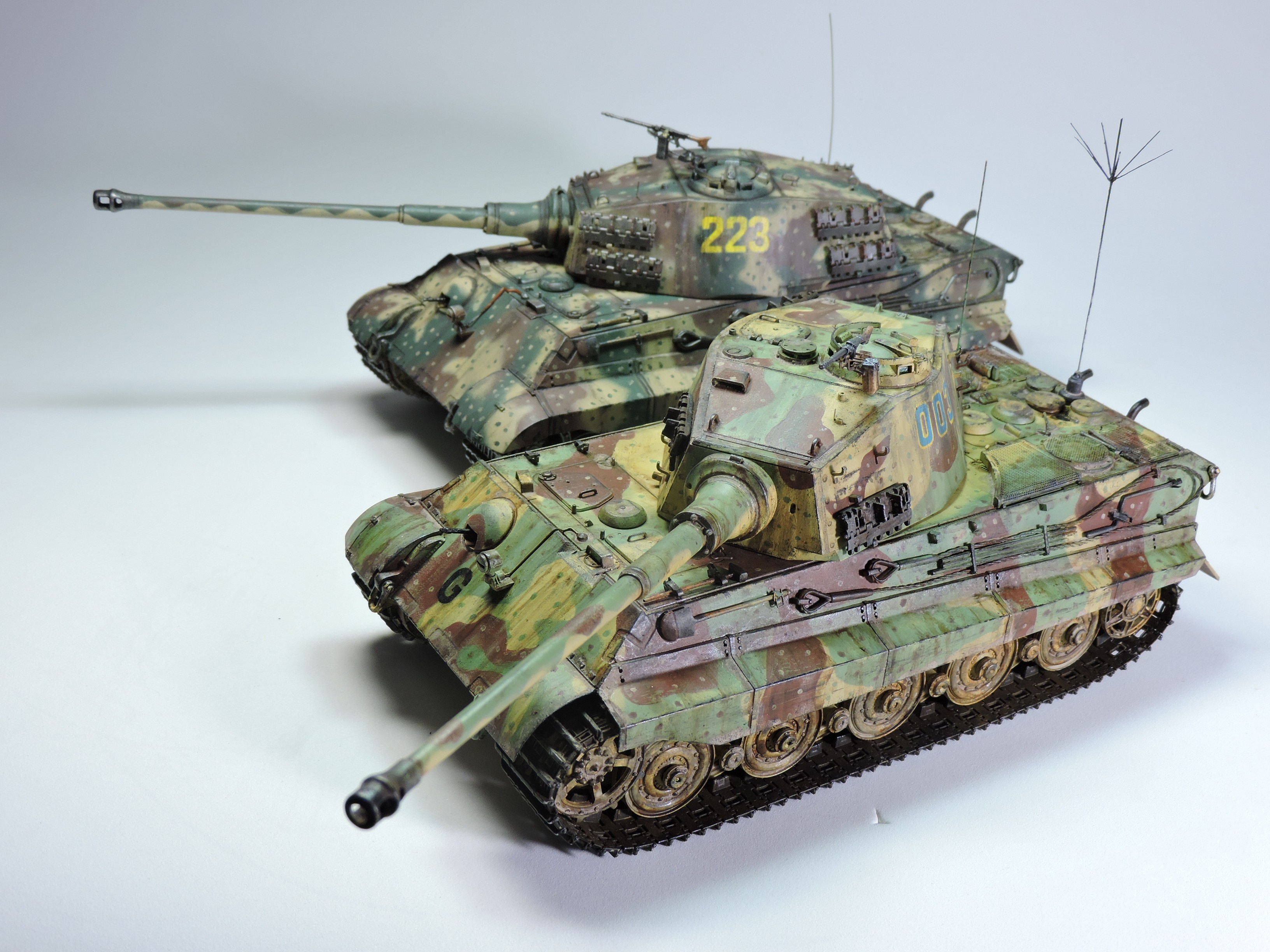 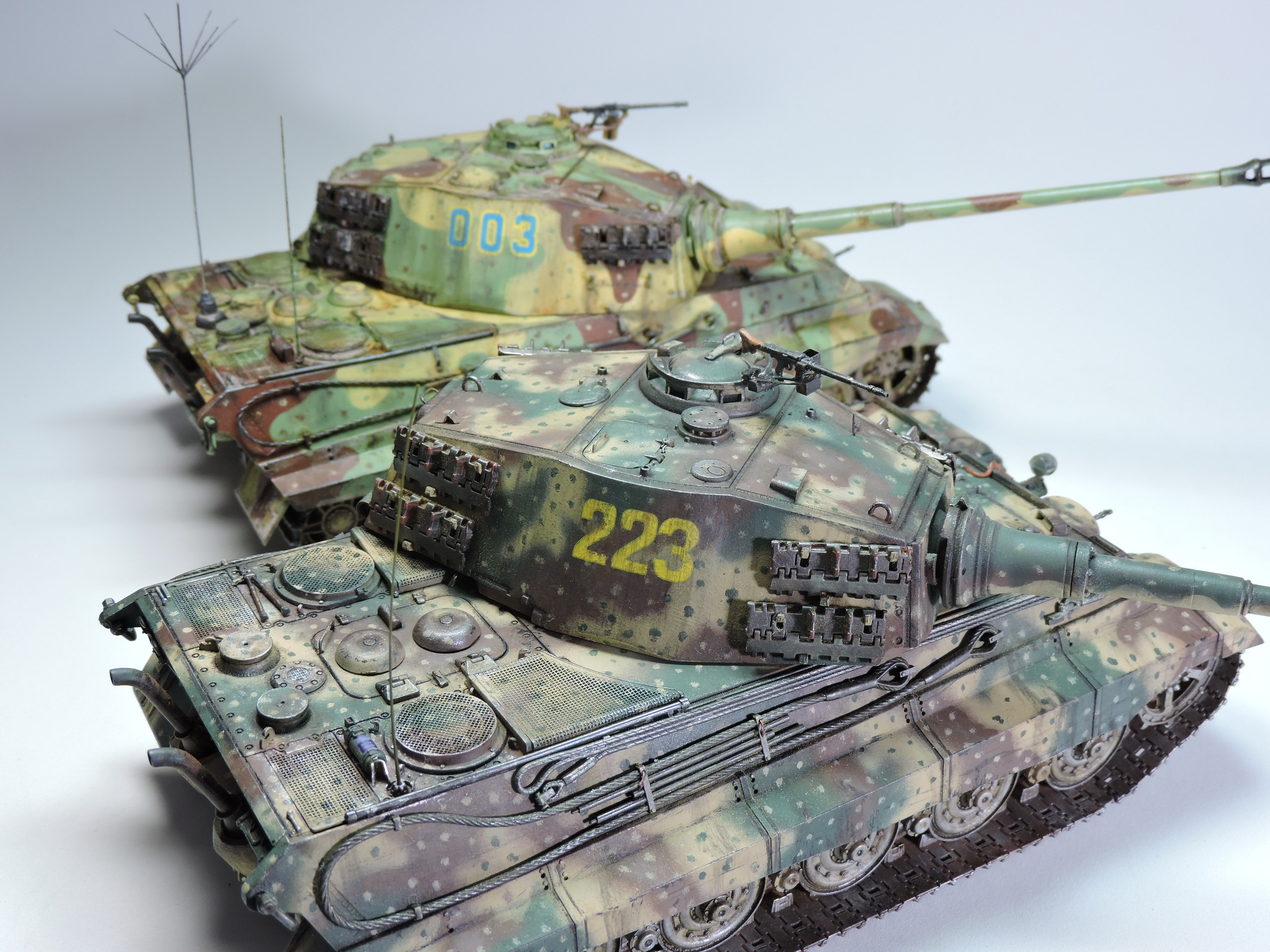 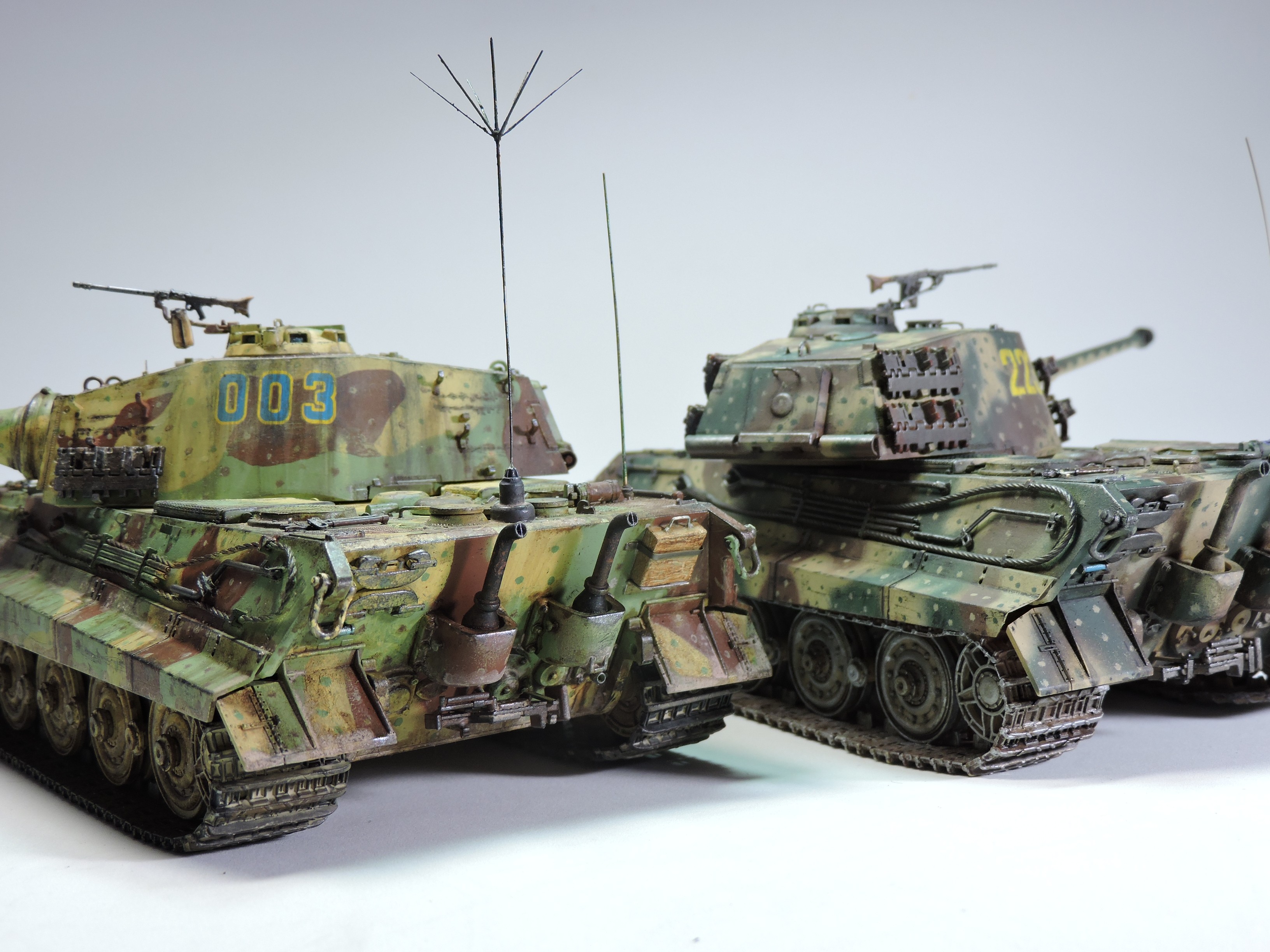 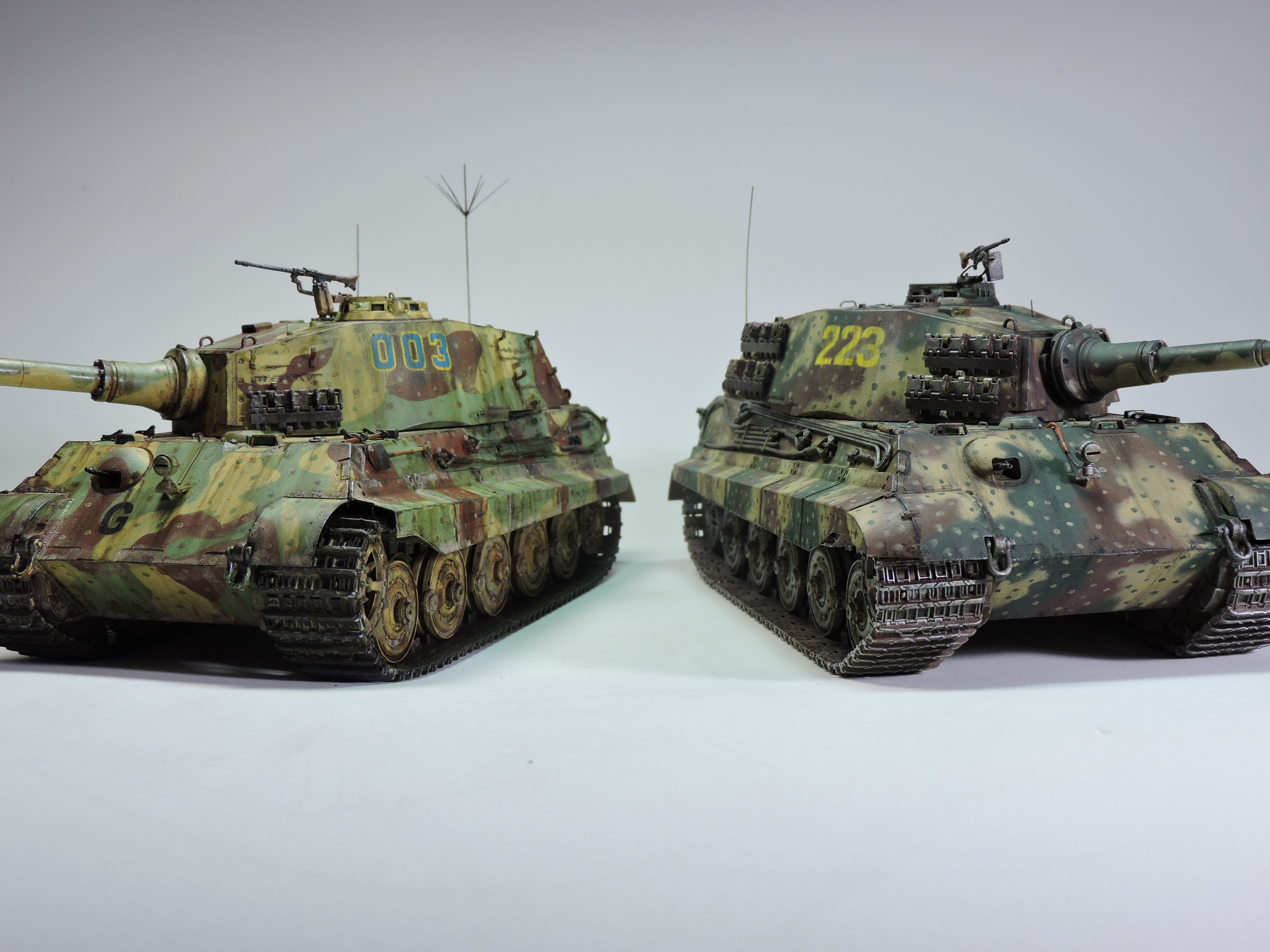 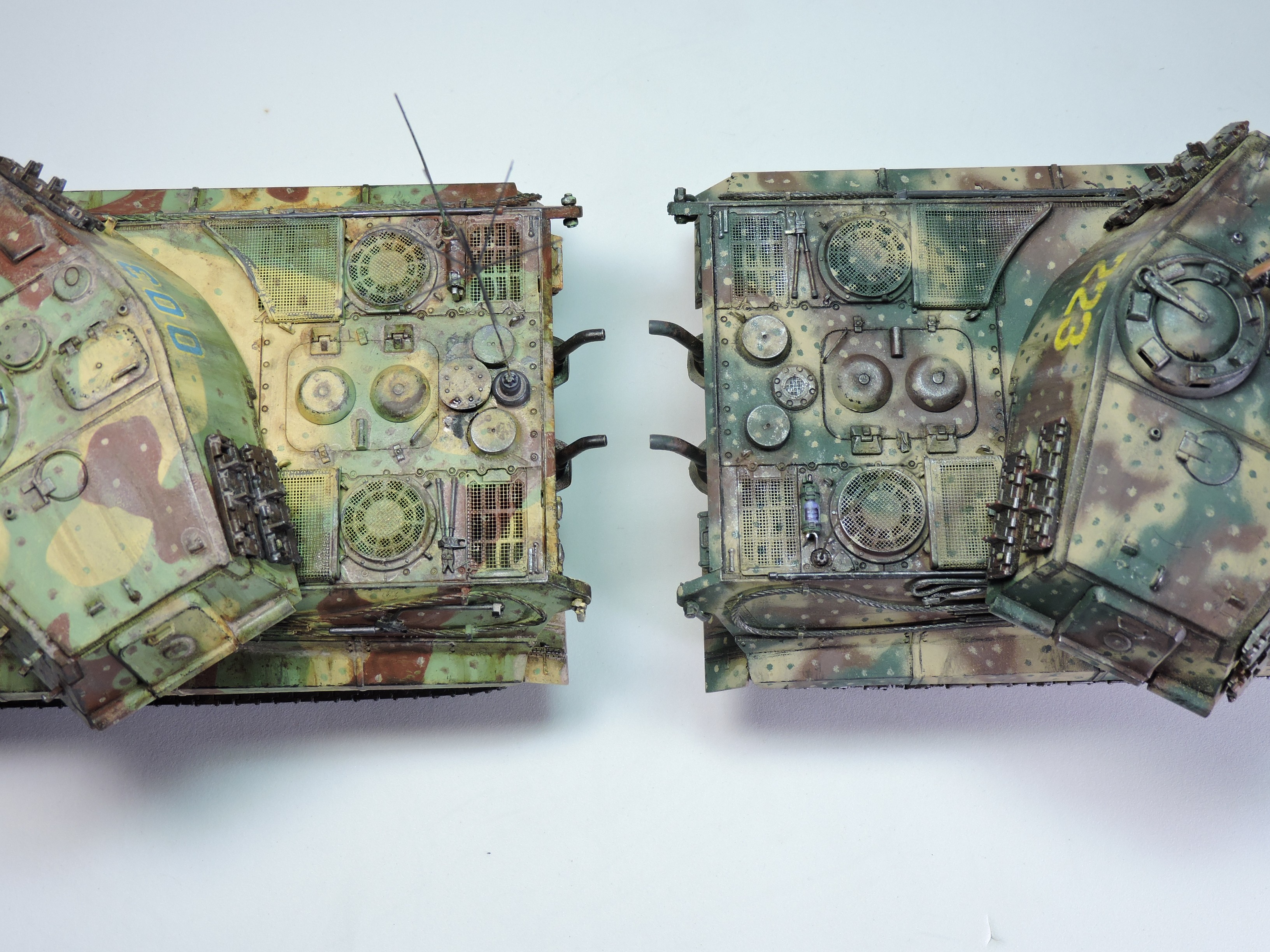 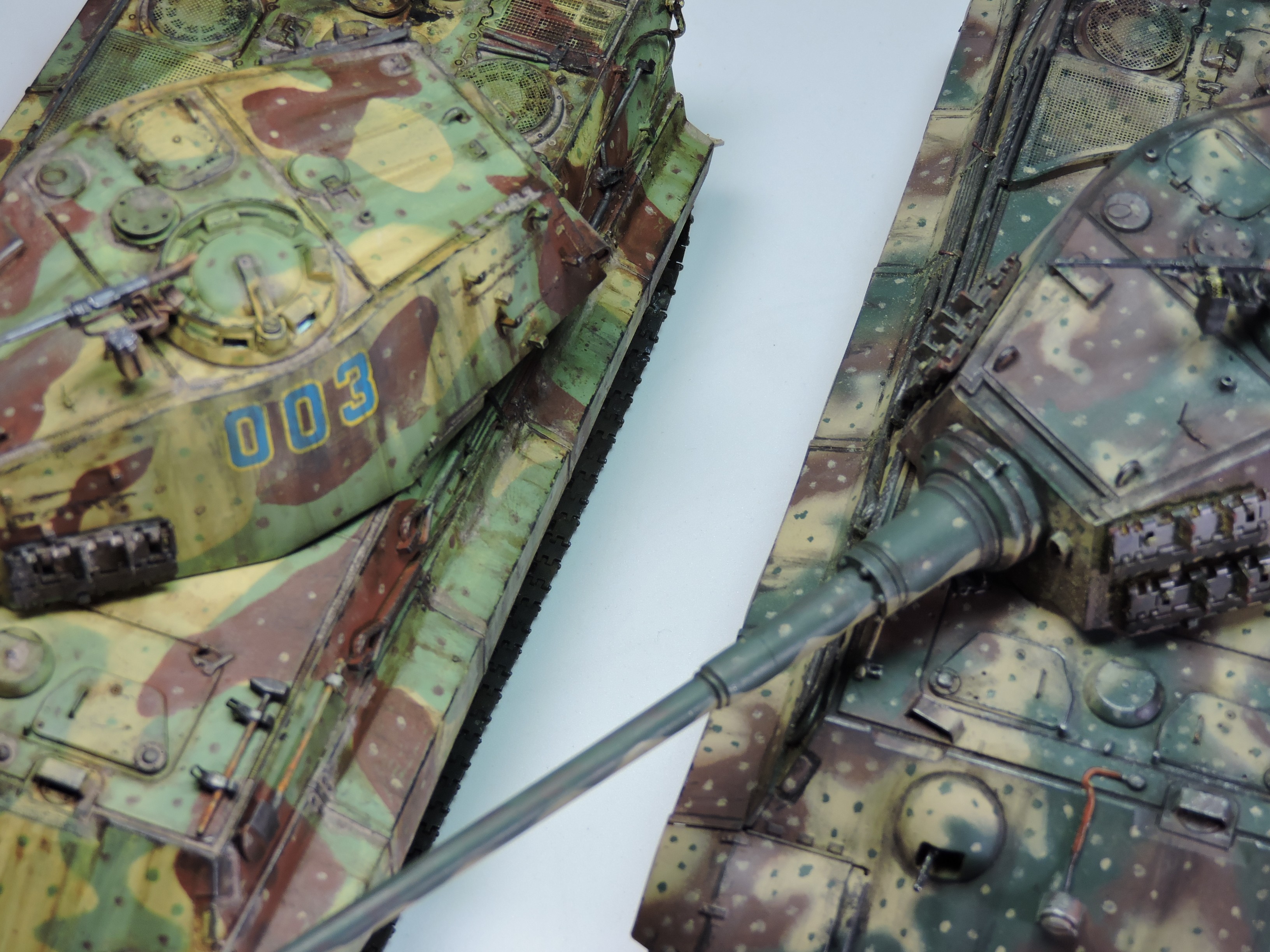 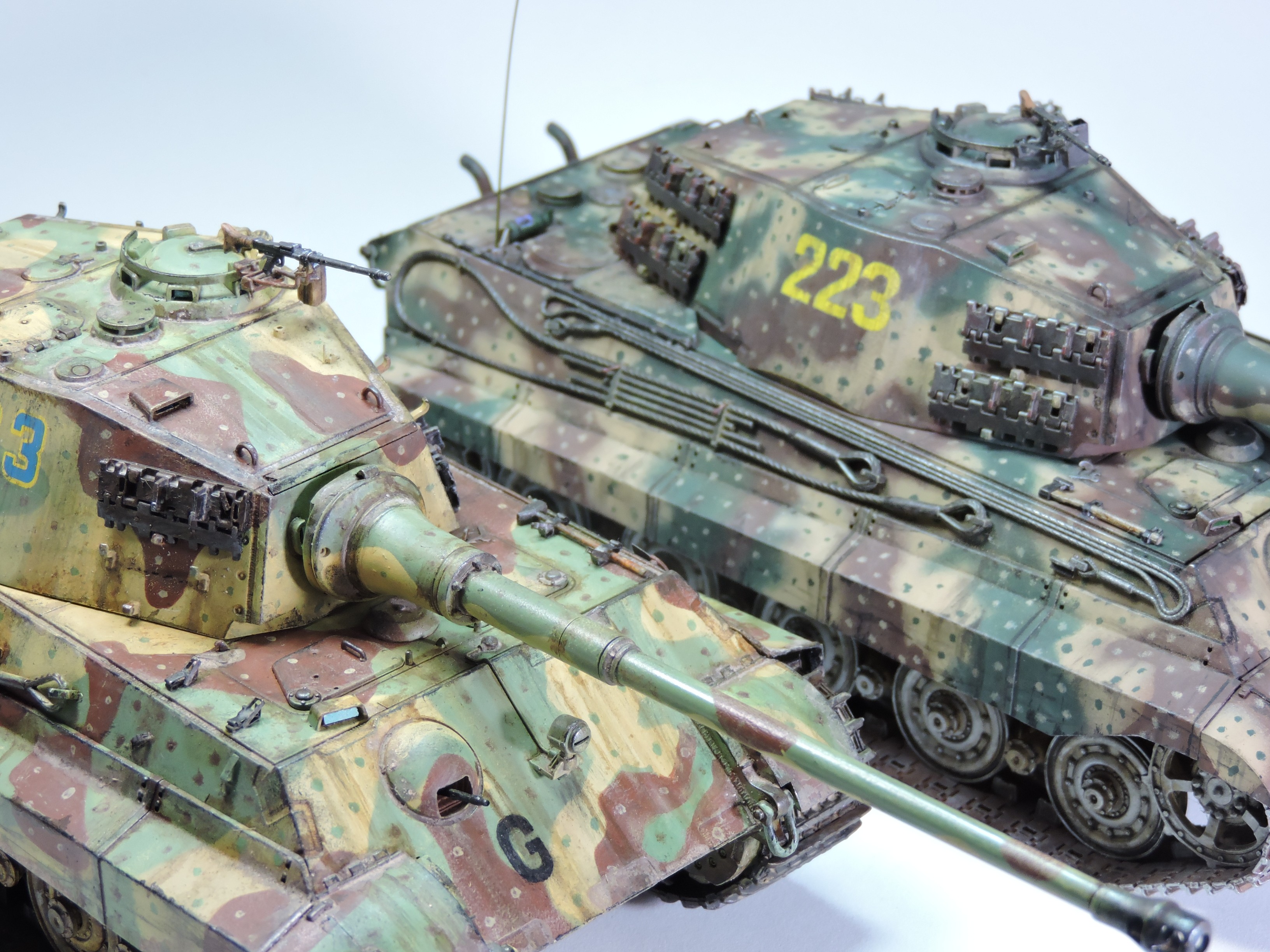 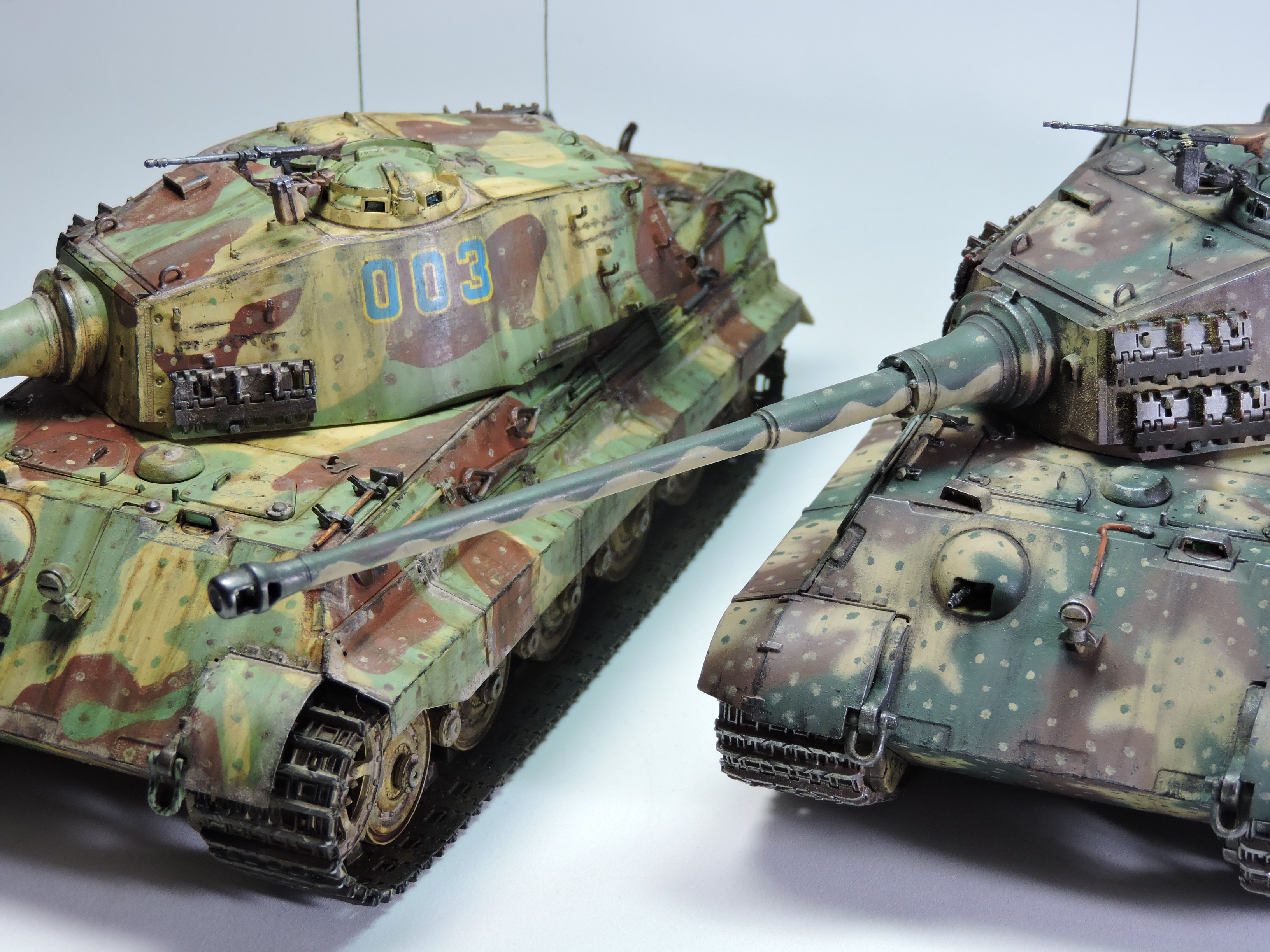