varanusk
Editor
posted on 1 month ago
2,976
views
Tamiya, Inc.
1:35
New Kits
Also new from Tamiya, a Kettenkraftrad at 1/35 with trailer. 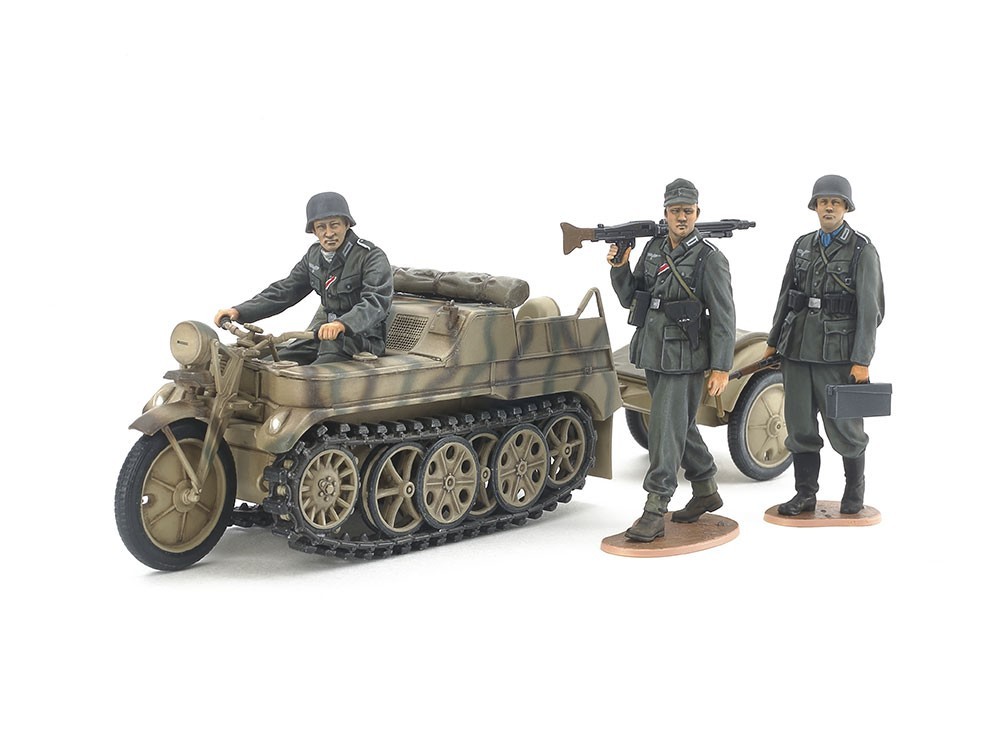 An all-new version of the Kettenkraftrad, which was originally developed for commando units but was found to be highly useful on the poor terrain in Russian territory. The model gives you more realistic scenery with three infantry figures and a cart is also included.

Features realistic depiction of suspension and the wheel positions based on research of the real vehicle. 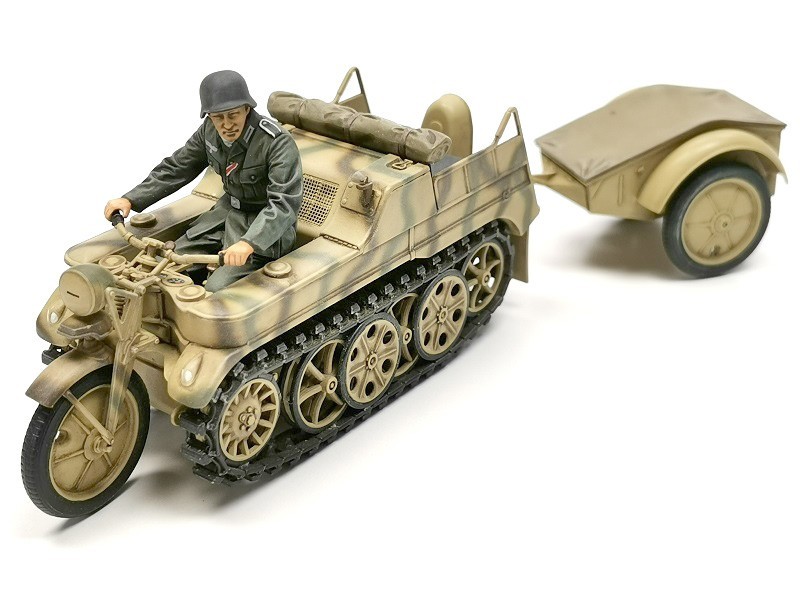 Engine hatch can be assembled open or closed, and it uses photo-etched parts for grille. 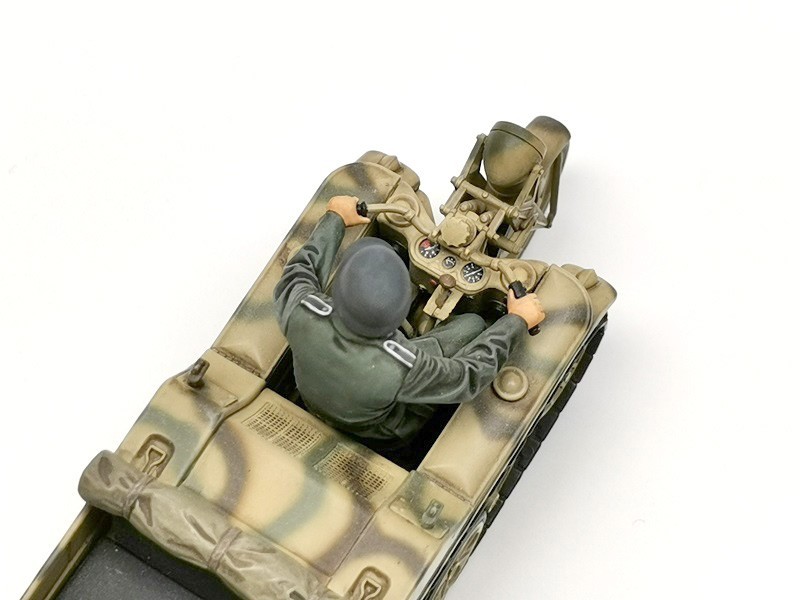 This kit includes a trailer with depiction of canvas cover, plus driver and infantry figures (three in total). 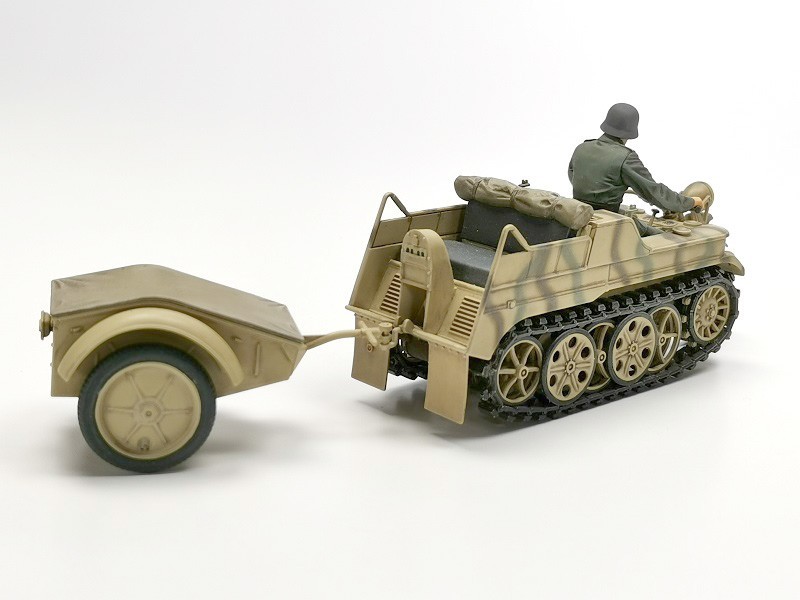