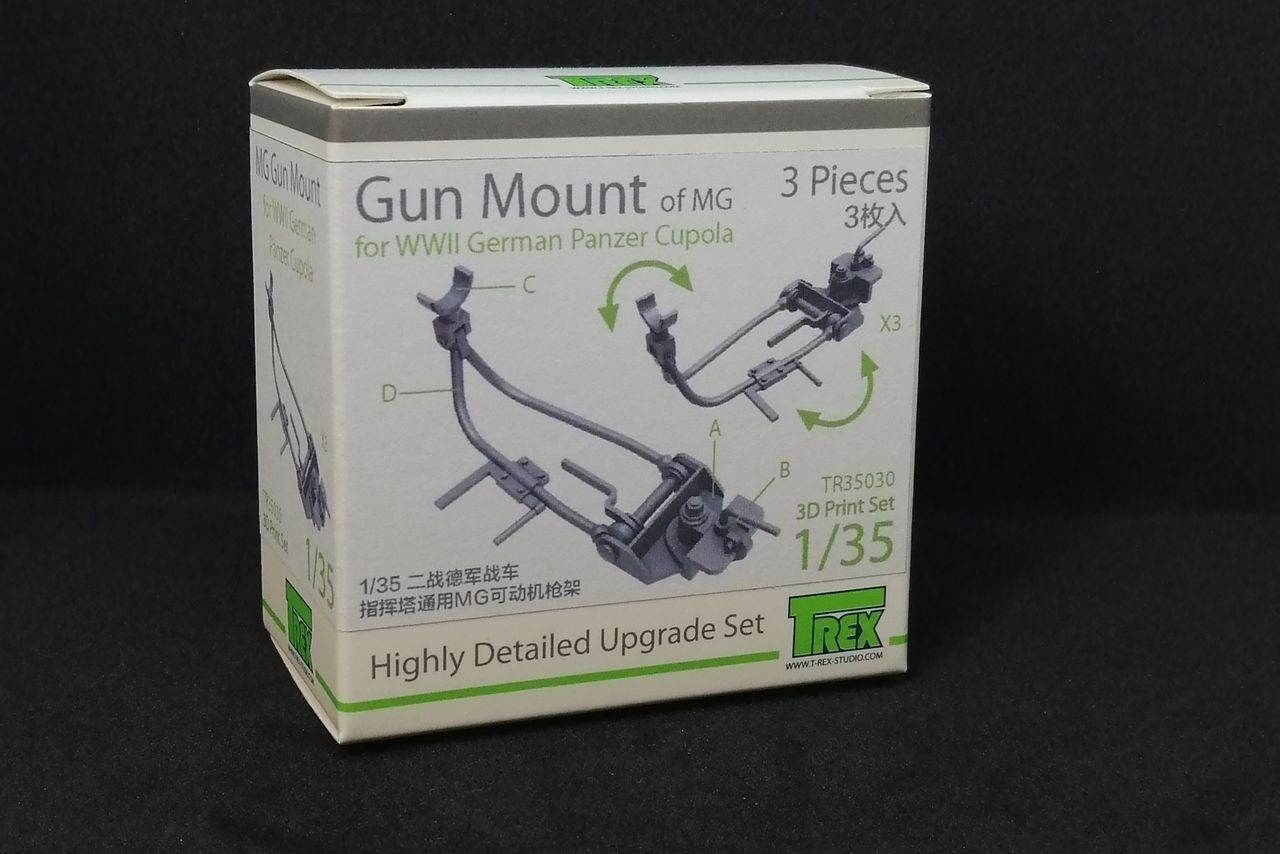 German Tanks from Panzer III onwards carried an MG mount on the commander cupola, which could be used against ground targets and also for anti-aircraft defense. This part is often simplified on plastic kits, and several photoetched sets try to improve it with replacement parts.

This set from T-Rex Studio has the whole mount, and it is workable. Being workable is a plus as it allows to easily change the position. 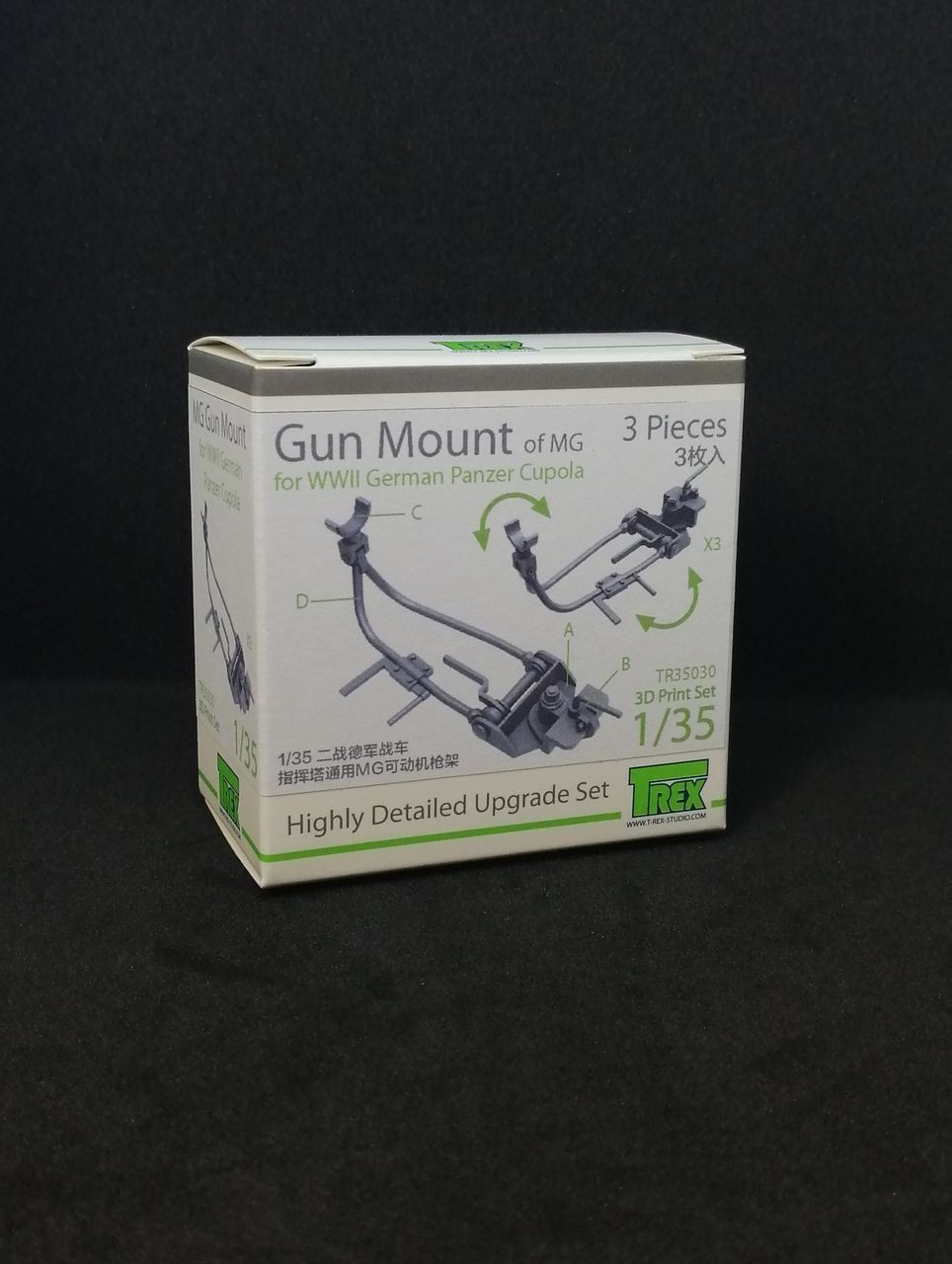 The parts are 3D printed, and come in a rigid plastic box padded with foam inside. There are three sets inside, allowing to build three MG mounts. 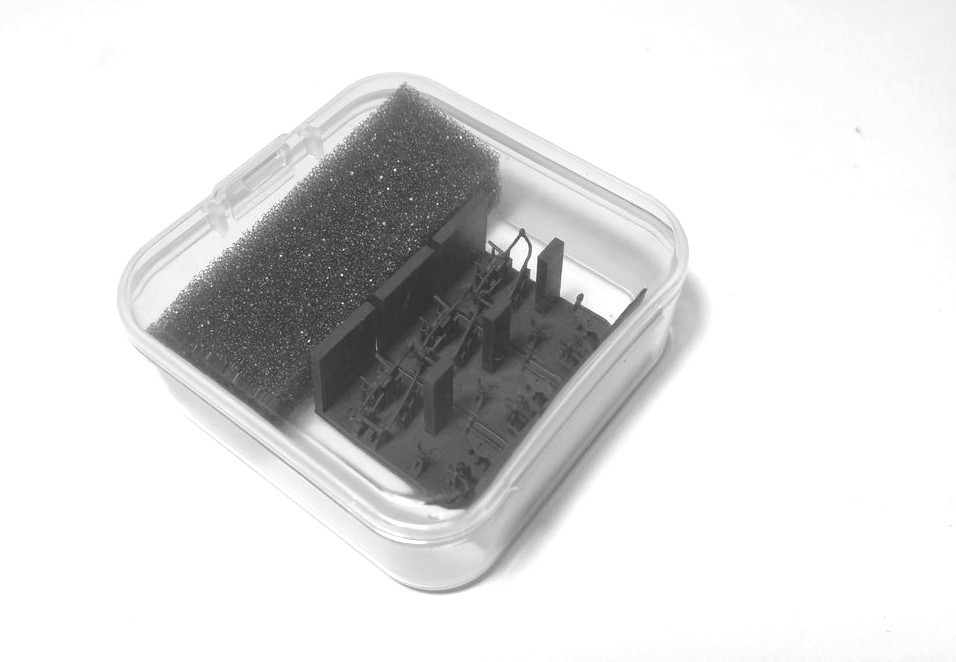 Each set has four parts, there are no instructions but they are labelled as A, B, C, D on the bed, and box references where each part goes. 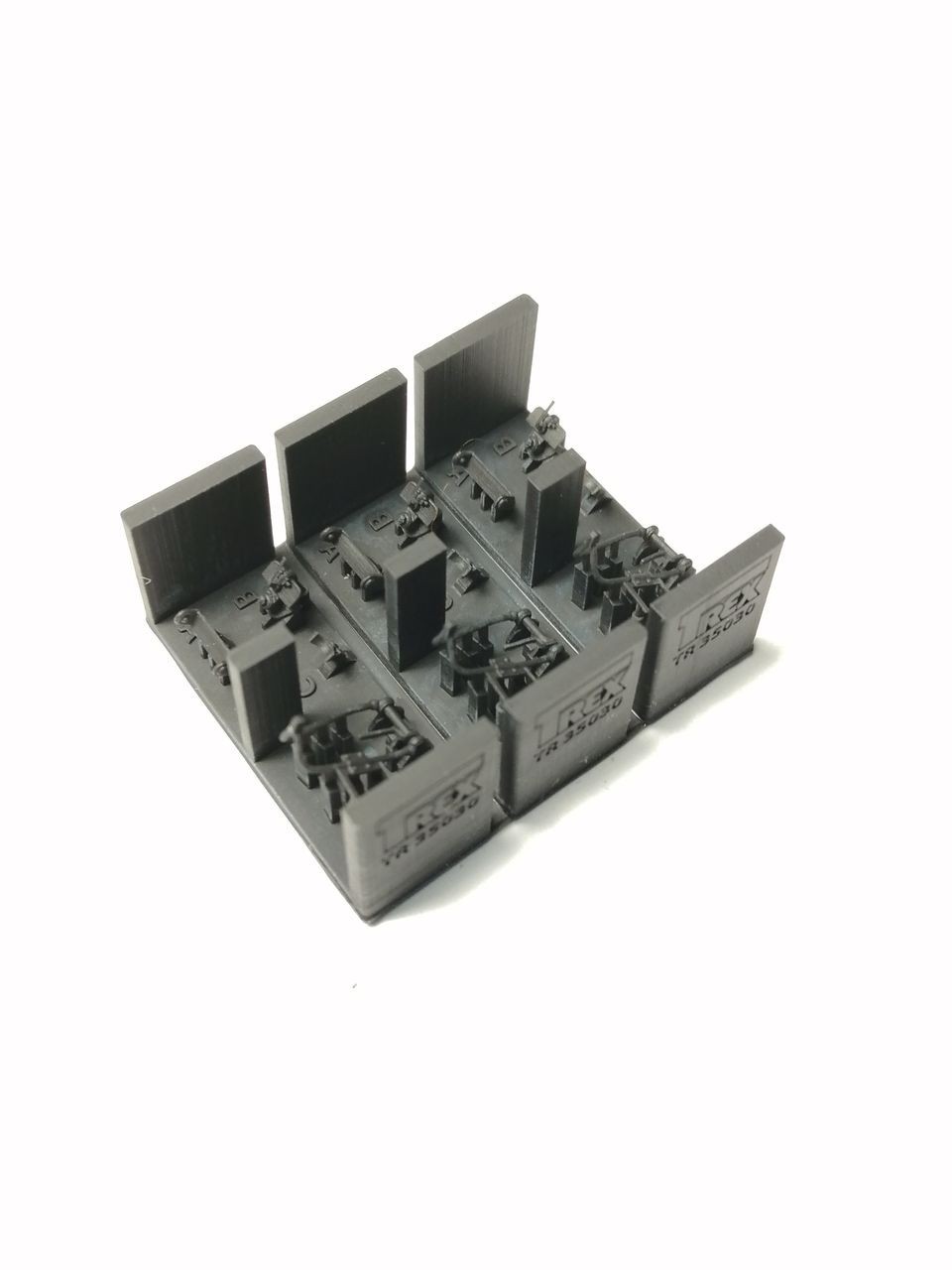 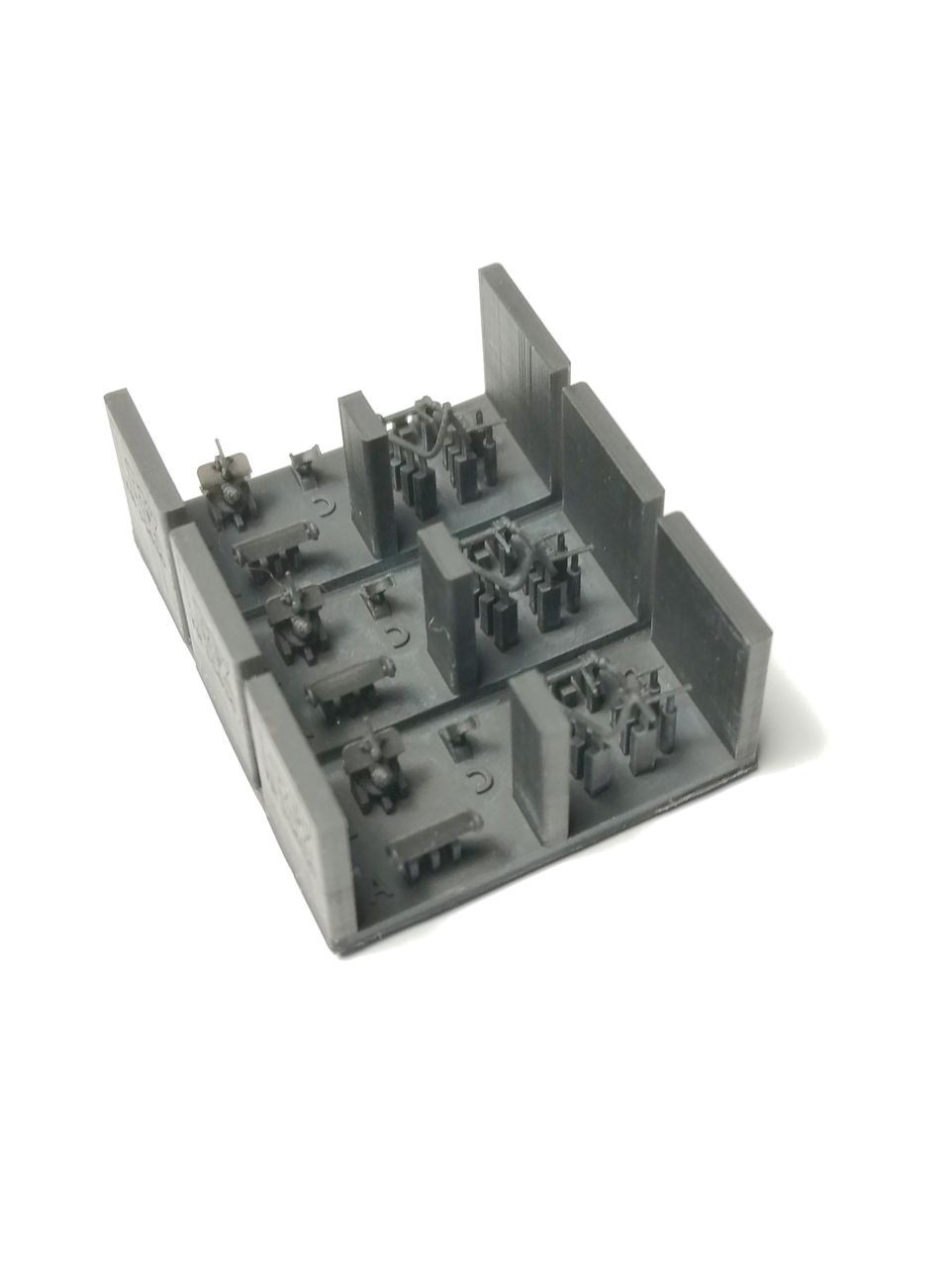 The arms are really thin, and the rest of the detail is also excellent. There are no warpings or visible printing marks.

As all the sets I have seen from T-Rex Studio, the resin is soft so the risk of breaking a part is reduced. Removing them from the tree requires some care and planning, as there are several places to cut and  often close together. Although it took me some time to get them free, I was able to get all parts clean and without any damage.

Assembling is easy, considering the small size of the parts. Only part B must be glued to A, the rest are snap-fit to allow movement between parts. The fit is tight enough to stay in place but will not maintain the desired position, so glue is needed once the final position is decided. Note that arms can be moved up & down, and also the head but this one has no side movement 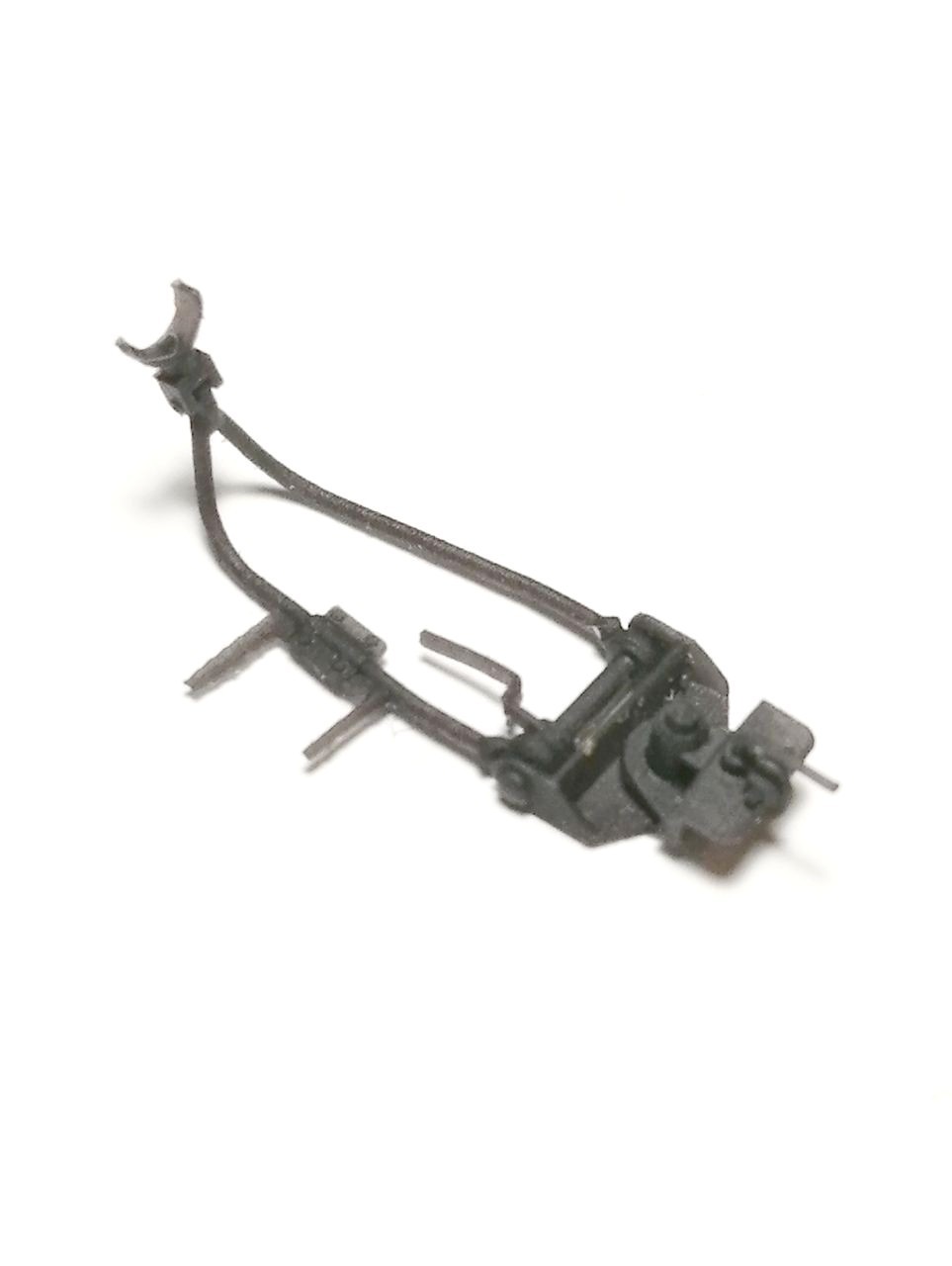 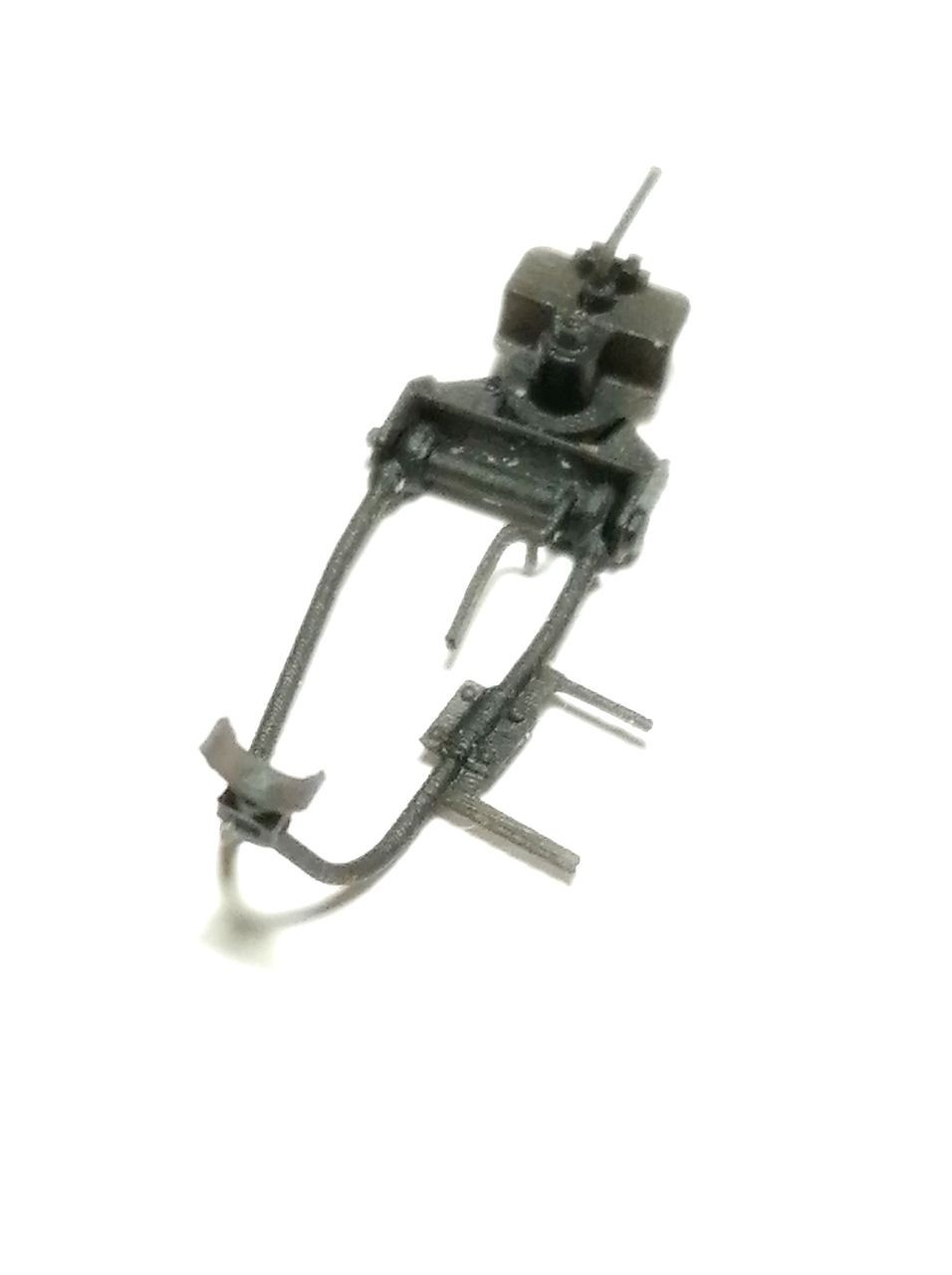 A useful set for a wide variety of models, nicely rendered and easy to assemble, considering its size. It really improves the plastic parts it replaces, and will look great either with or without the MG mounted.