varanusk
Editor
posted on 1 month ago — updated on 2 weeks ago
1,162
views
Building review of T-Model SSyms flatcar at 1/35, suitable to carry any of the Tiger tanks family. 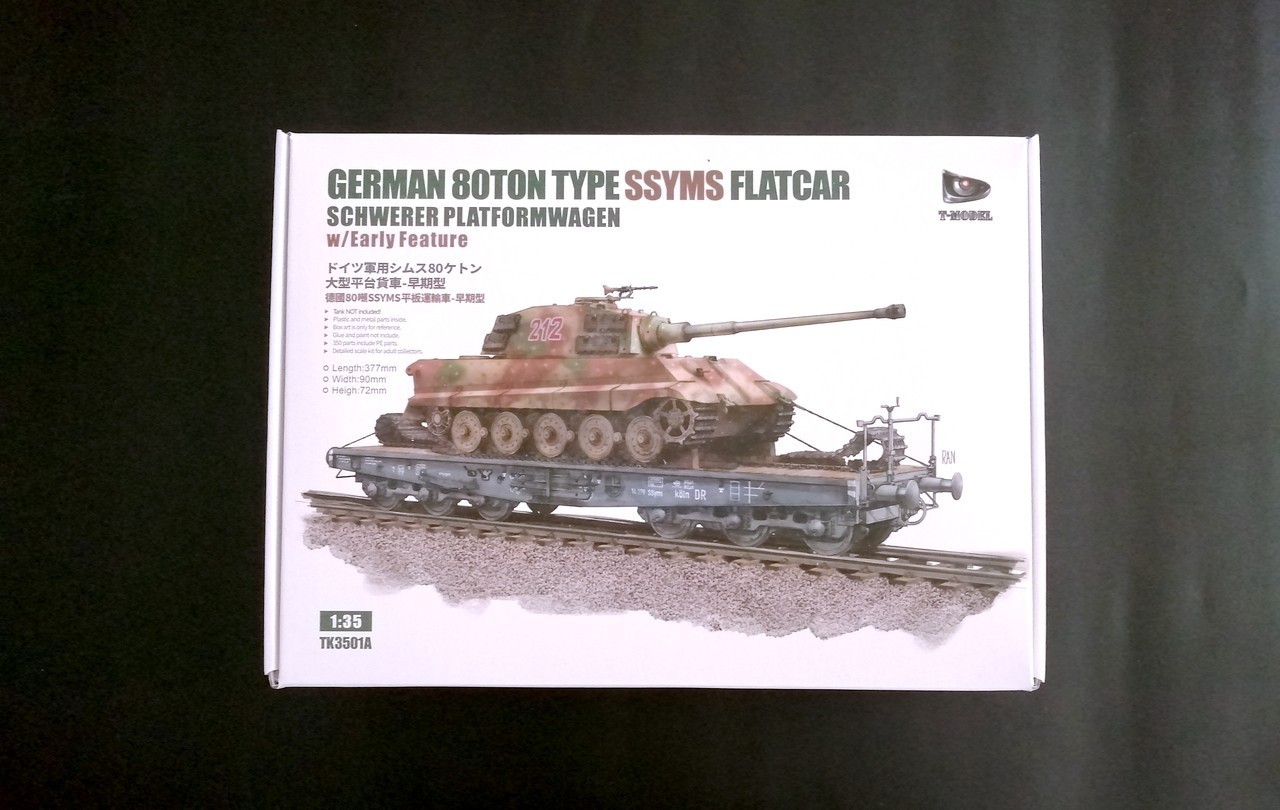 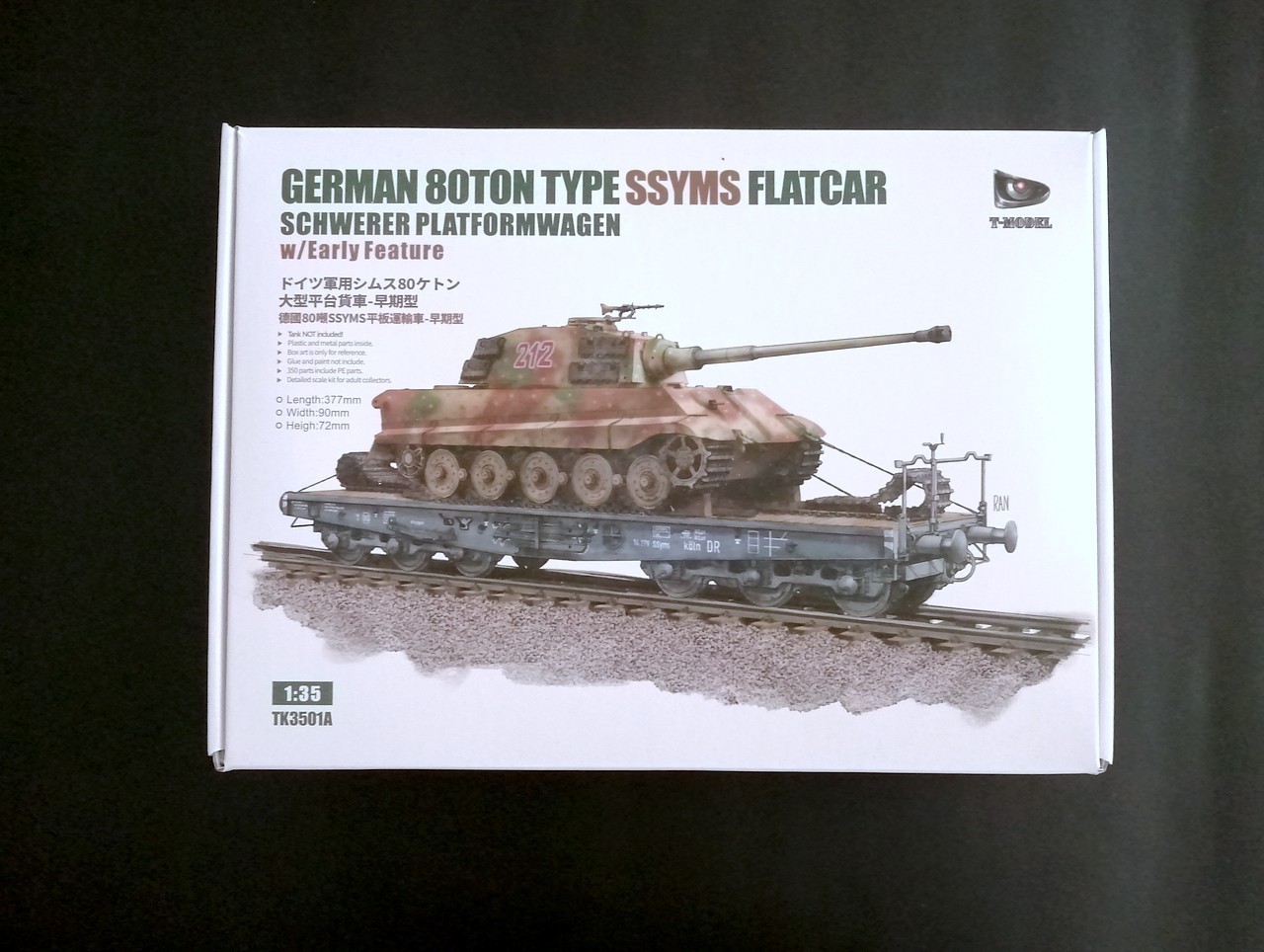 The SSyms was the railway wagon used for the most heavy German tanks, those of the Tiger family. It could carry the Tiger I or its variants, the Elefant and even the Konigstiger.

In fact, it was forbidden to use this valuable equipment with other tanks, as it would be a waste of resources.

They were used also after the war so the kit can be shown loading cold war tanks.

T-Model offers this kit at 1/35 with several options to adapt it to the changes during production.

The kit comes in a compact box, completely filled with sprues and other stuff. The policy of T-Model is marketing different versions of the same kit, each one with more extras than the preceding.

In this case, I have received for review a Gold edition, which includes a printed wooden deck and photoetch structural beams. 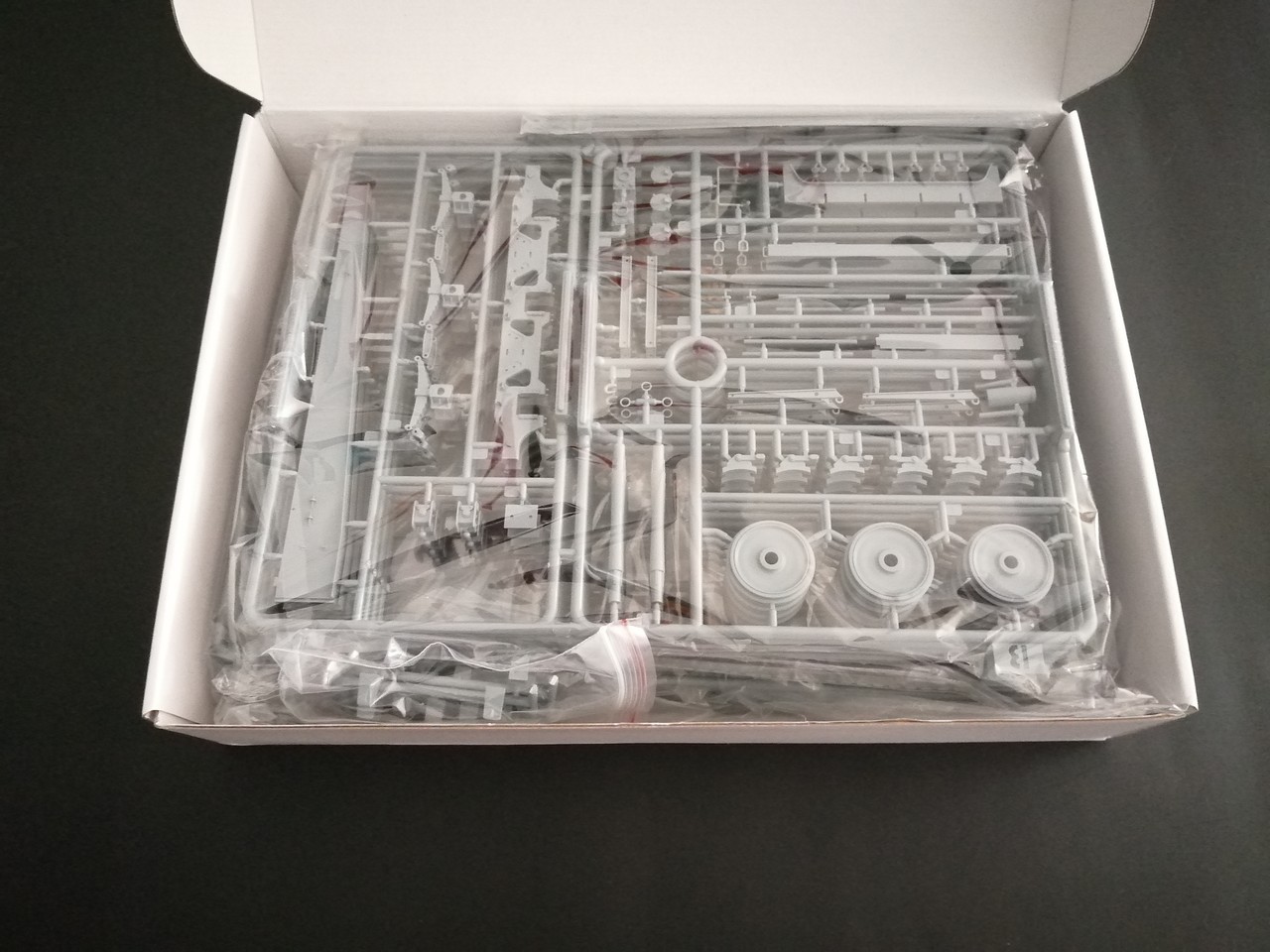 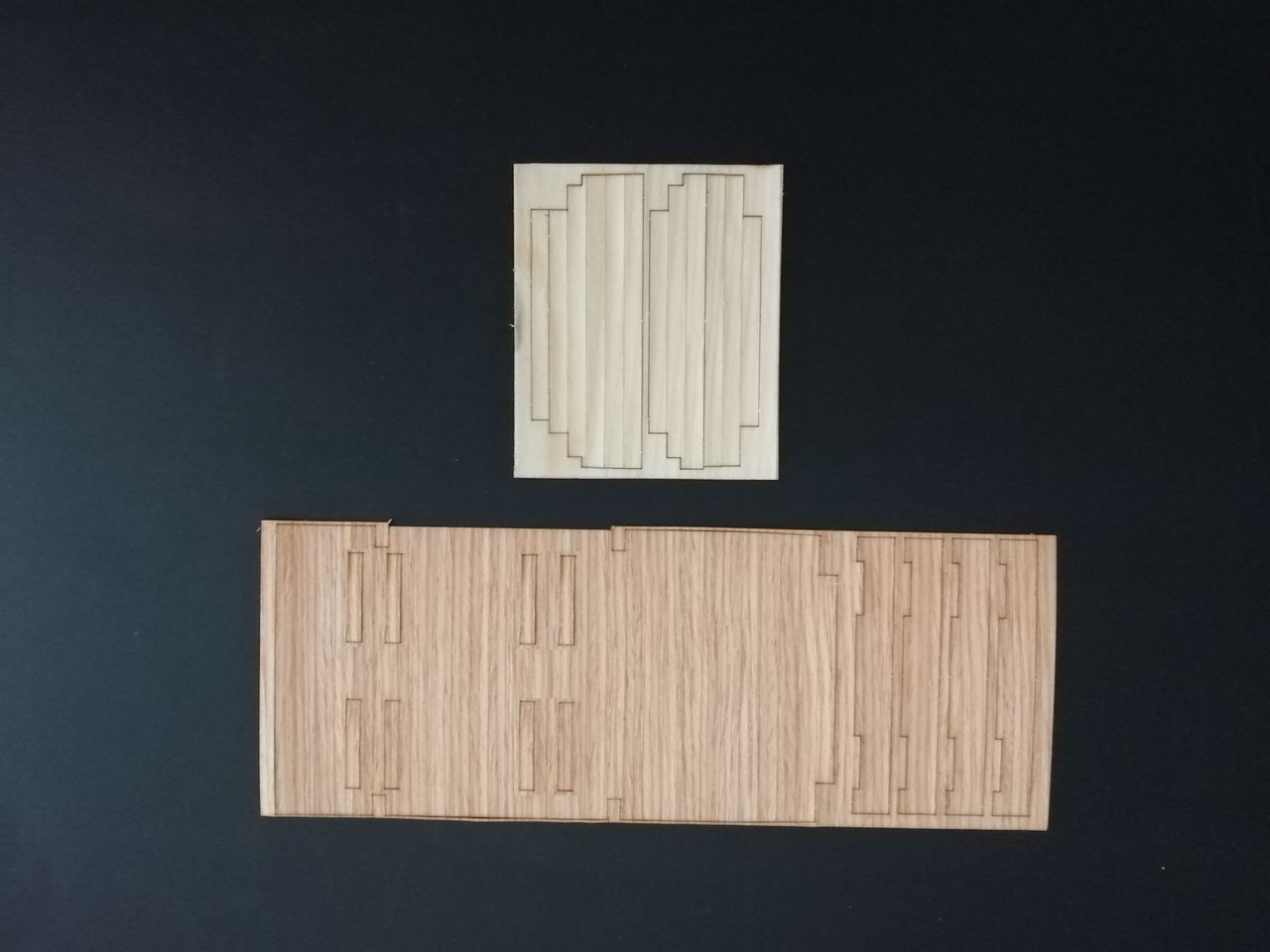 There is a nice booklet with the instructions, a photoetch fret common to all versions and several sprues of grey styrene.

A couple of details I like are the hollow letters on the sprues (easier to see) and that they are stackable, protecting the parts during transport. 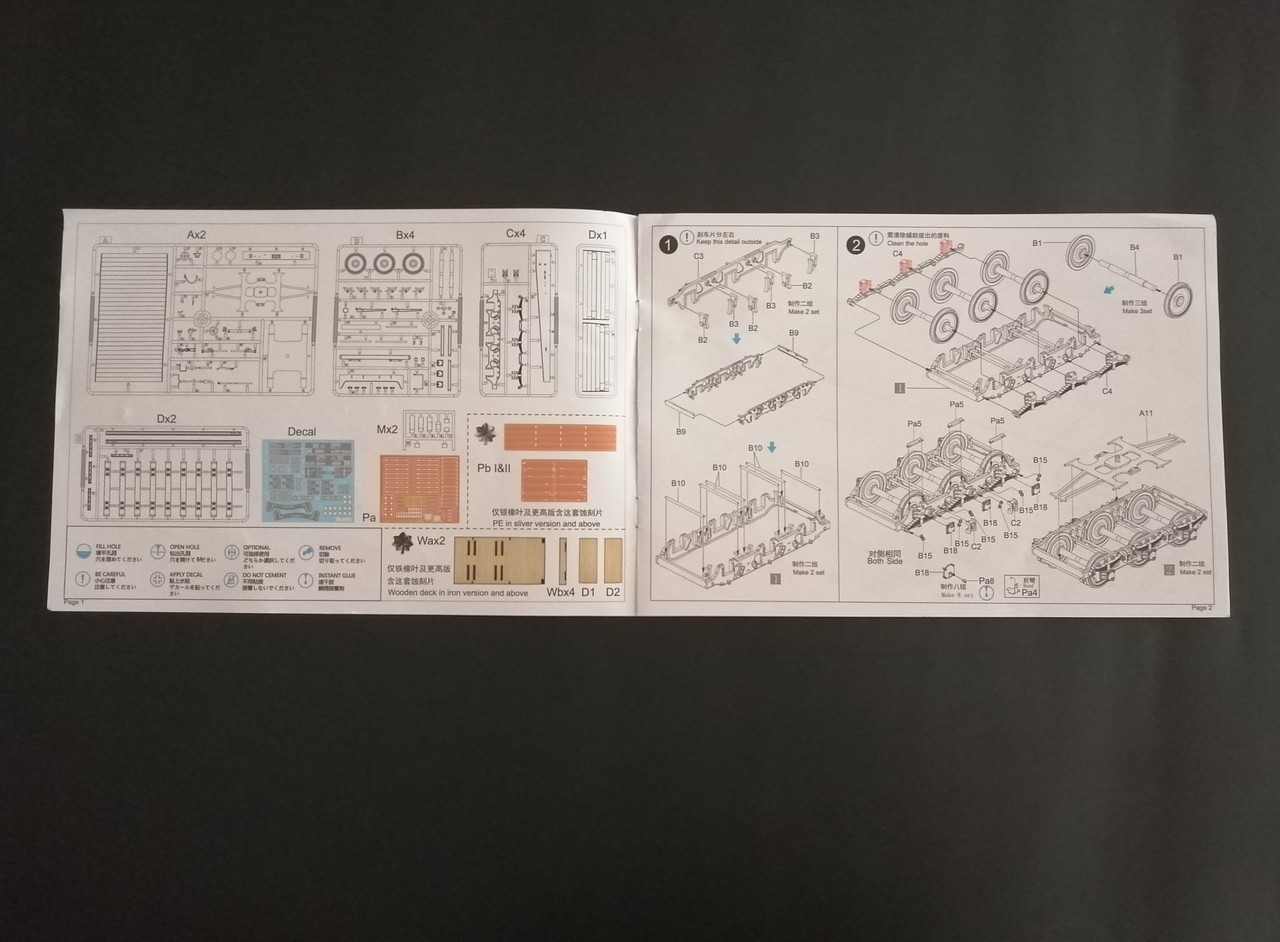 Building the kit starts with the two bogies. Be careful to follow the instructions when inserting the shafts, a different order would make very difficult to put them in place.

The brakes are simplified, but enough for what can be seen. There are no cables, tanks or pipes, which in any case would be hardly seen so I did not miss them.

On the other hand, instructions ask for adding a small photoetch part for the oil cap on the axis hubs, but these parts are not supplied. The fret shown on the instructions is different from the one I got in the box. It was not difficult to add a small strip of a photoetch leftover to replicate the missing part.

The hubs have a crisp and nice text cast. 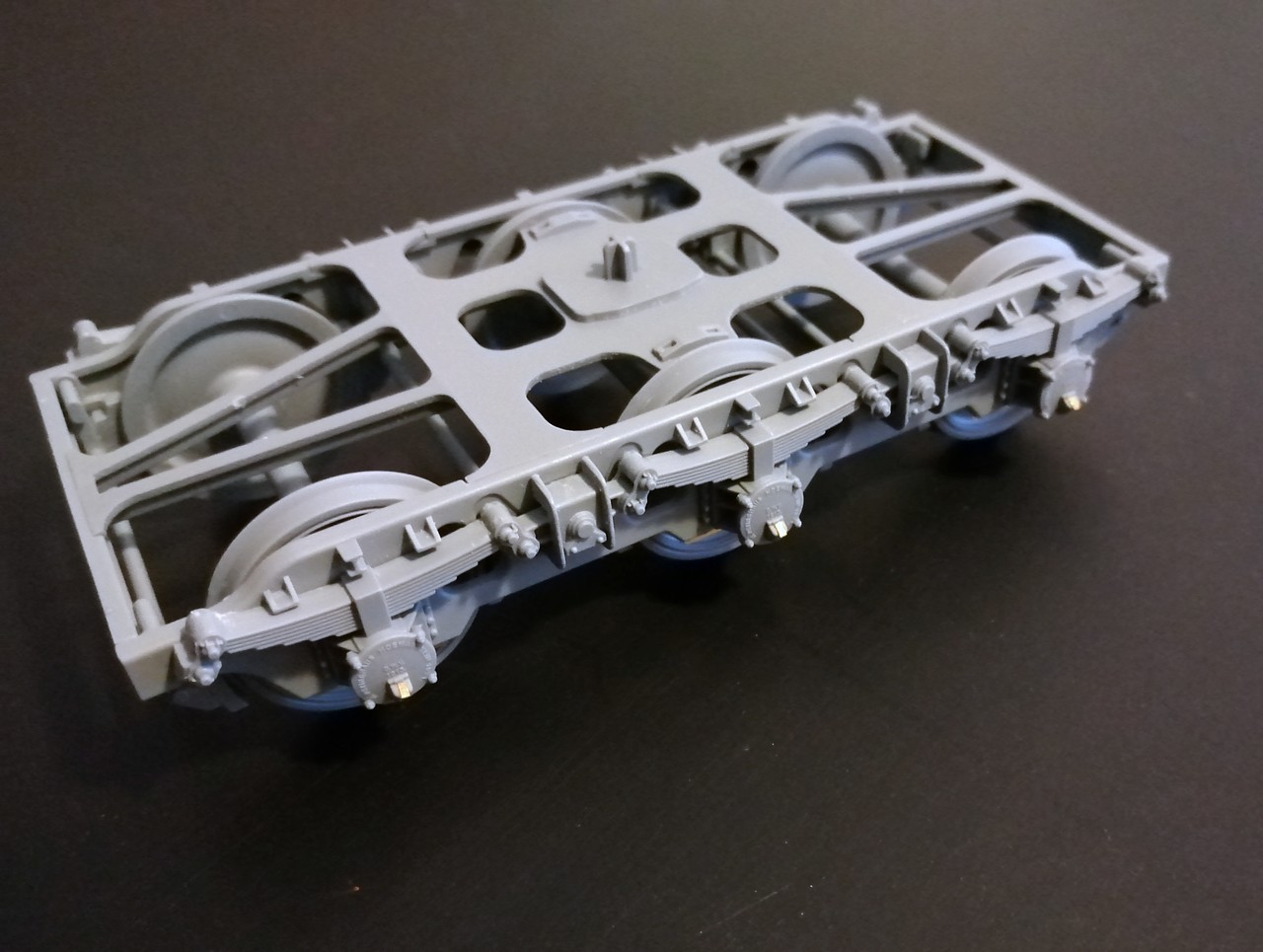 Next comes the wagon itself, which has several options.

The deck can be of the early model, with slots at the end of each side, or the later one that was completely flat.

Using the early one requires to cut part of the deck and replace it with the supplied part.

There are also two models of handwheels, and two types of side poles.

As the sprues for the sides are all equal, it is necessary to remove some details on each of them depending if it will be right or left, front or rear.

It is important to pay attention and mark each part to avoid mistakes here.

Note that the rings are a post-war feature, so for a WWII wagon, all of them should be removed.

Personally, I chose to assemble the deck and then add the different parts around it, instead of building a "frame" before.

The front and rear plates are also similar and need to be drilled differently.

At this point, the photoetch beams below the deck should be added , but this time I opted to leave them out, as nothing can be seen. The review of the Ssys has them, in case you want to see how it would look.

Photo etch beams for the structure 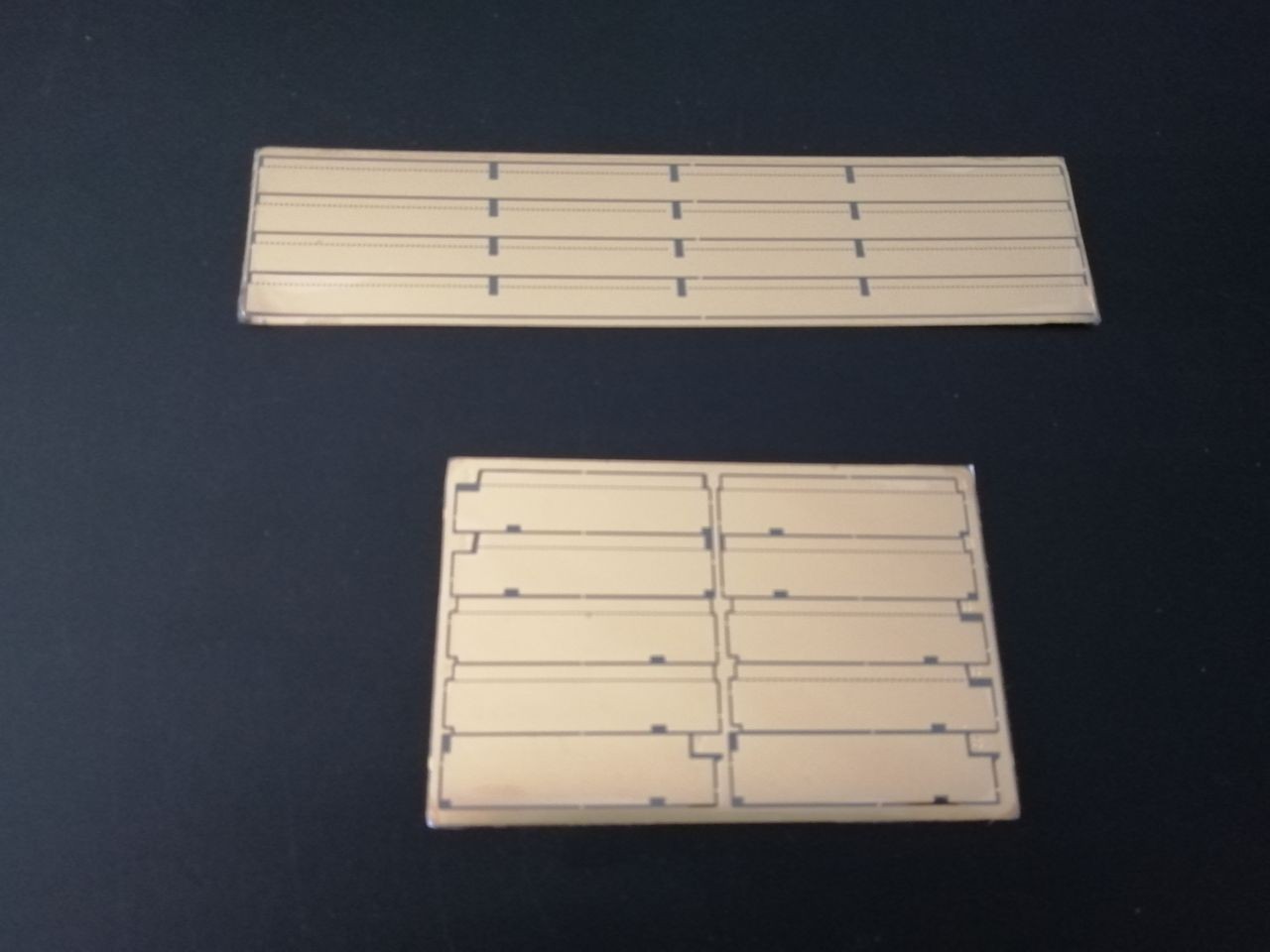 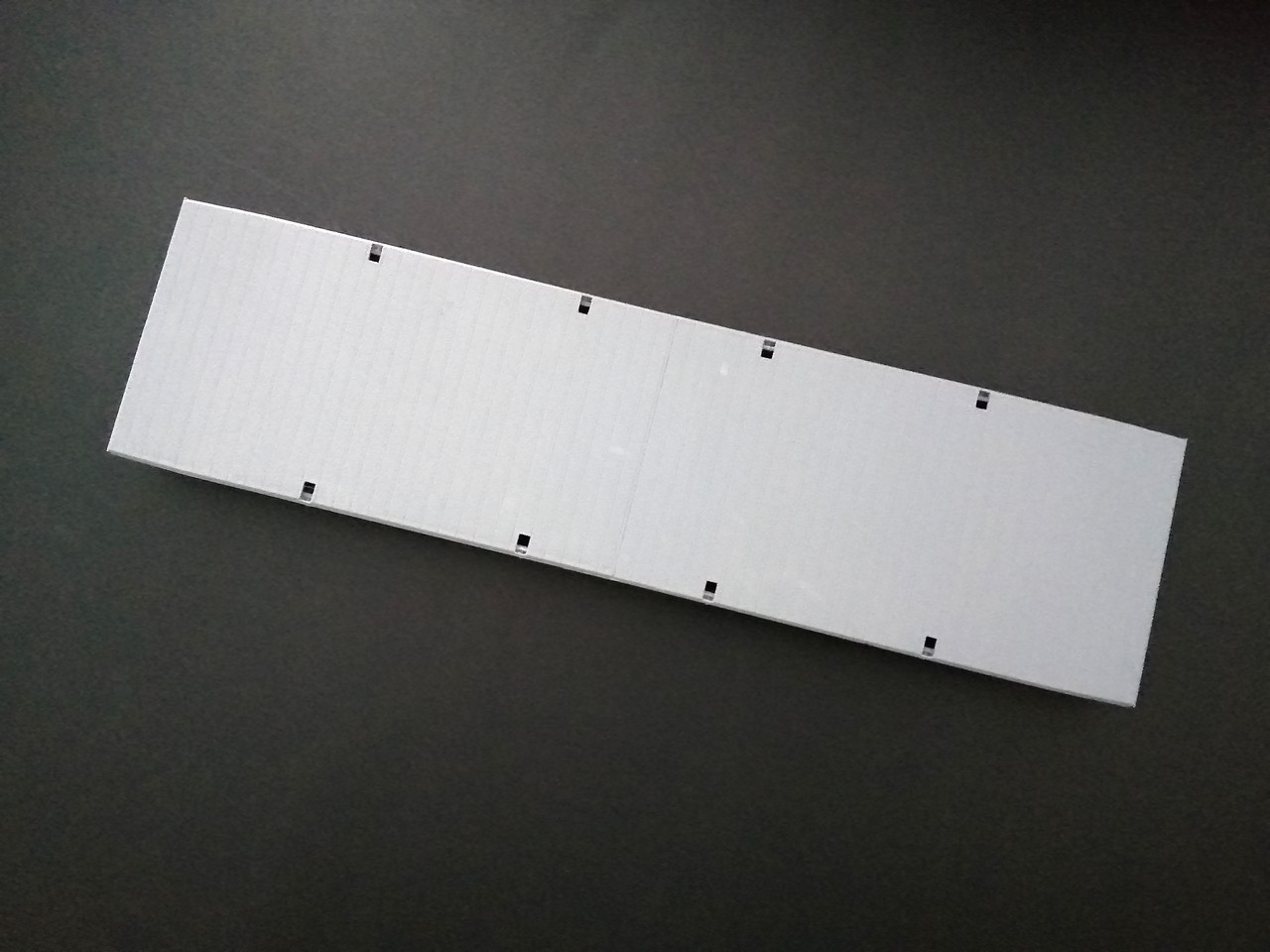 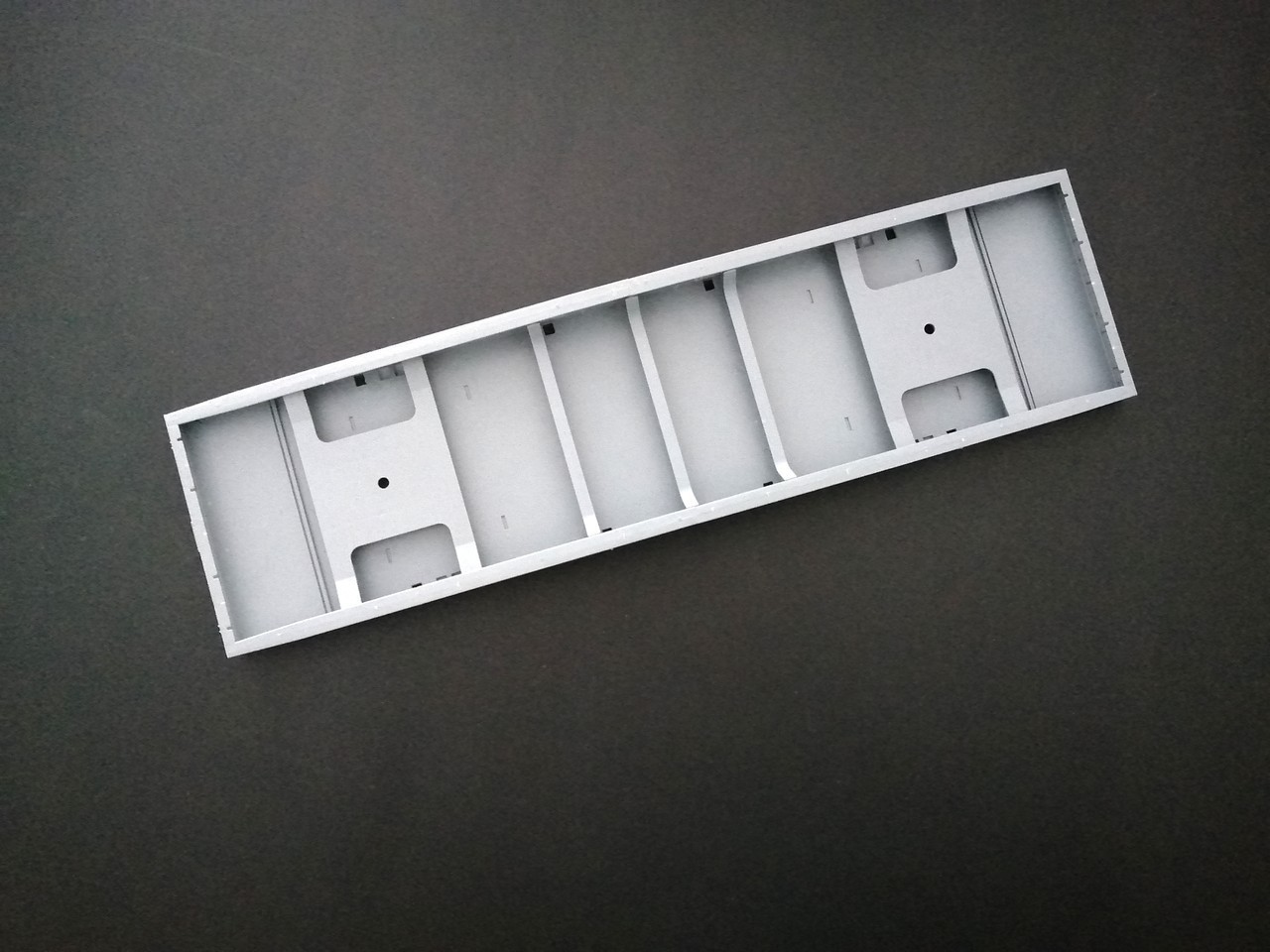 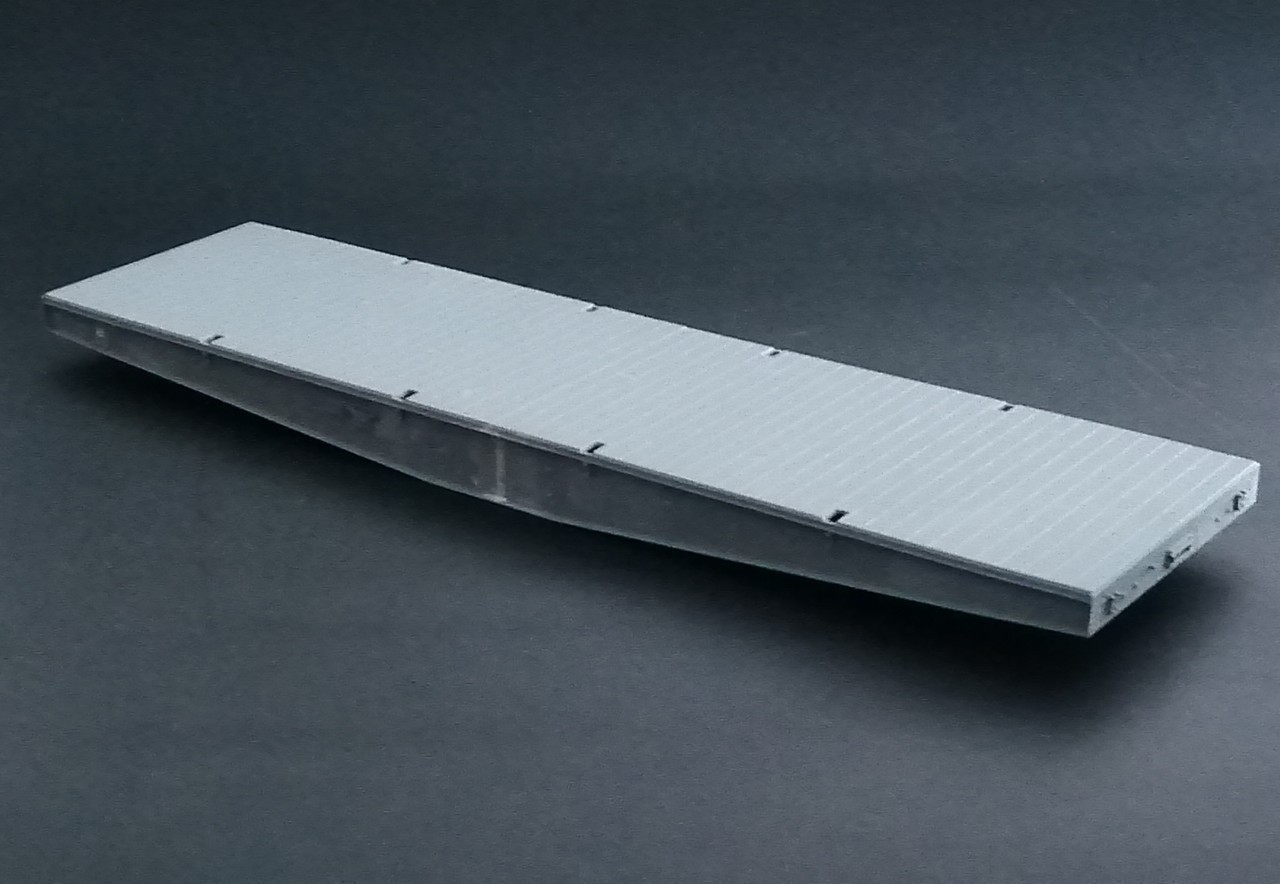 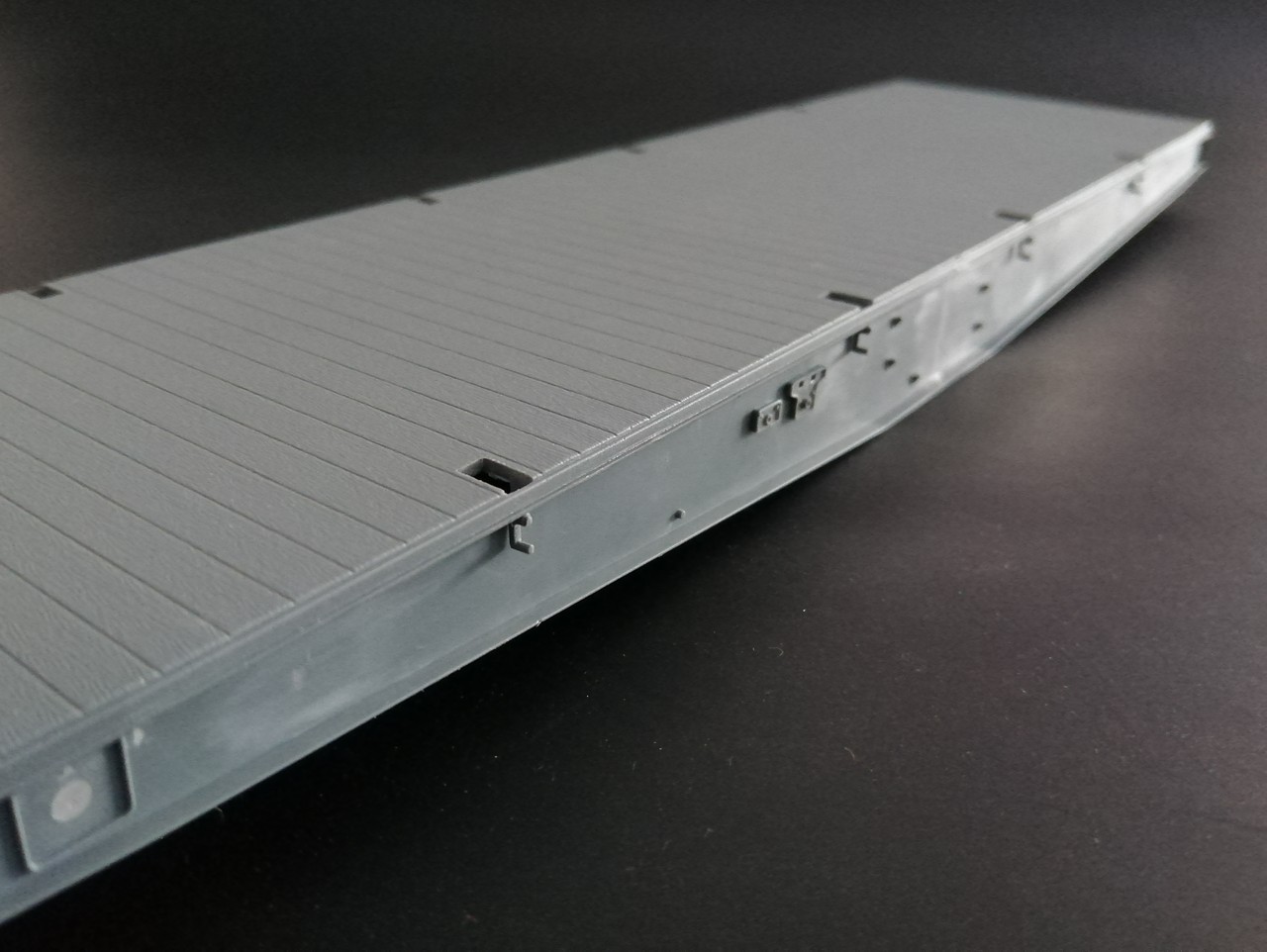 Finally, it is necessary to add all the other items like buffers (check twice which one goes where, I had to correct mine after glued!), handrails and connectors. All go in place without issues.

I just added a small hook on the poles retainers, using the rings that I left out.

There are three options also for the hook and compressed air connectors, that can be shown alone or linked to another wagon. The hook, additionally, can be represented hanging, stored or connected. These last two options require some cutting and reposition of the parts. 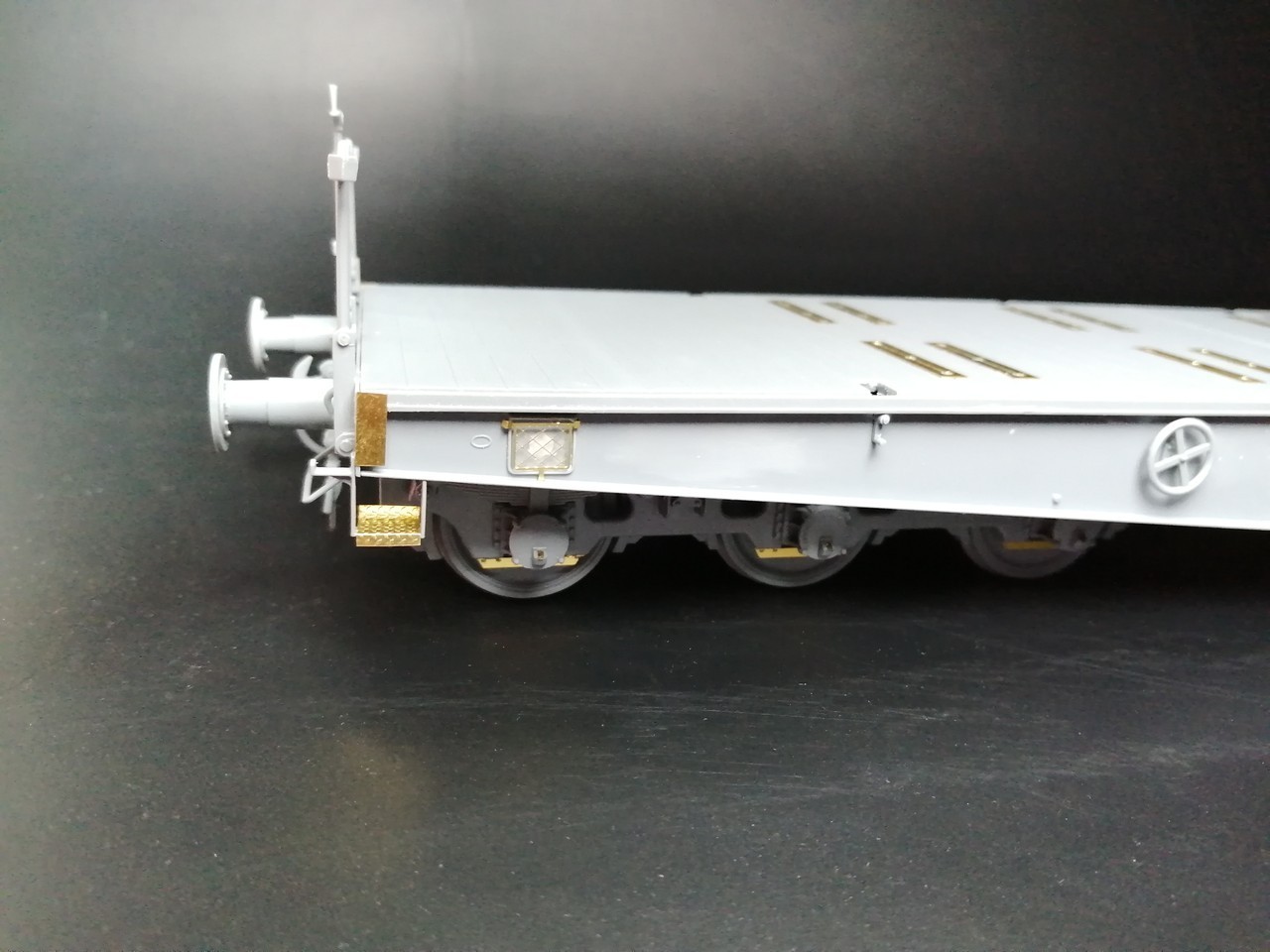 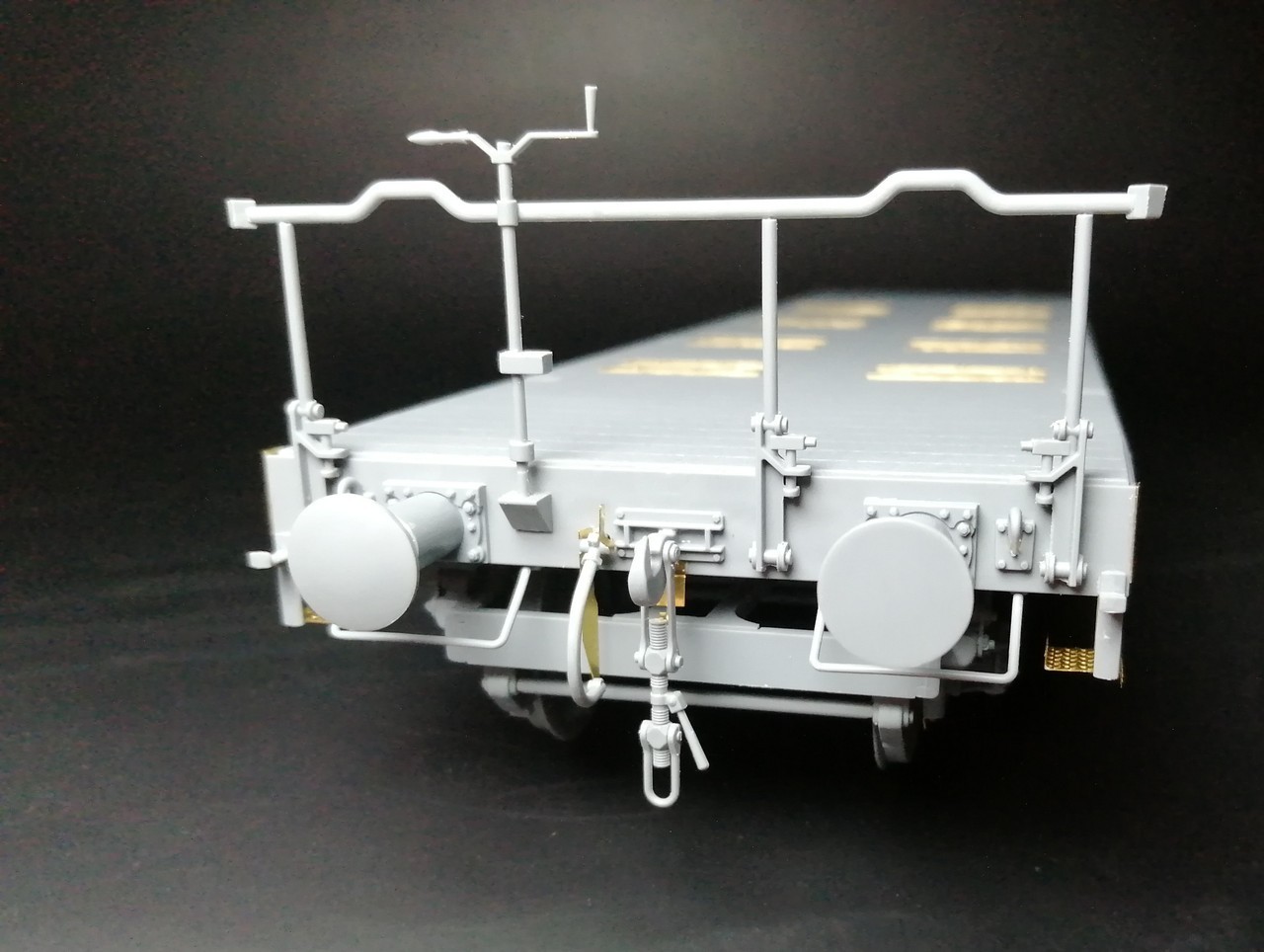 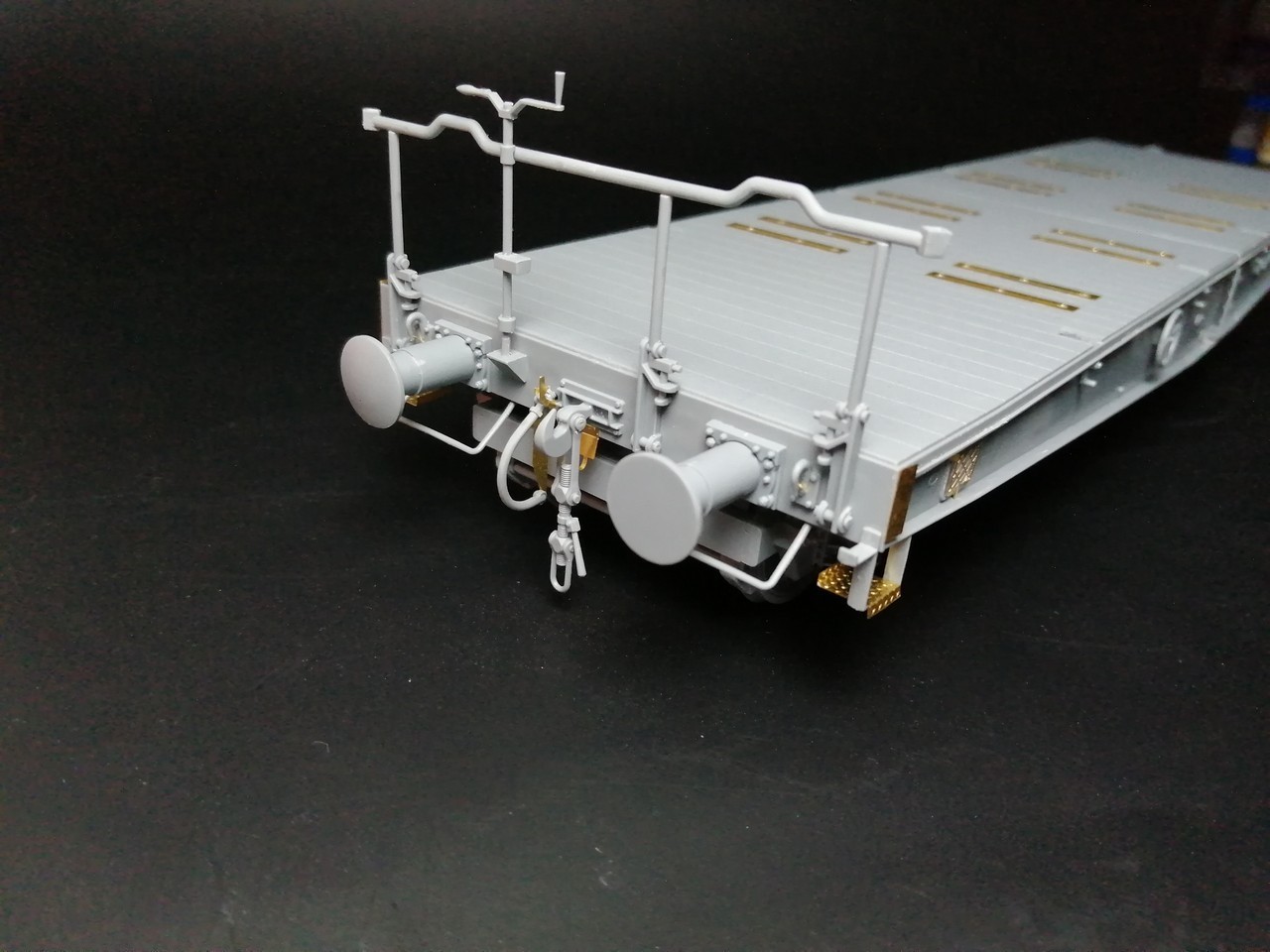 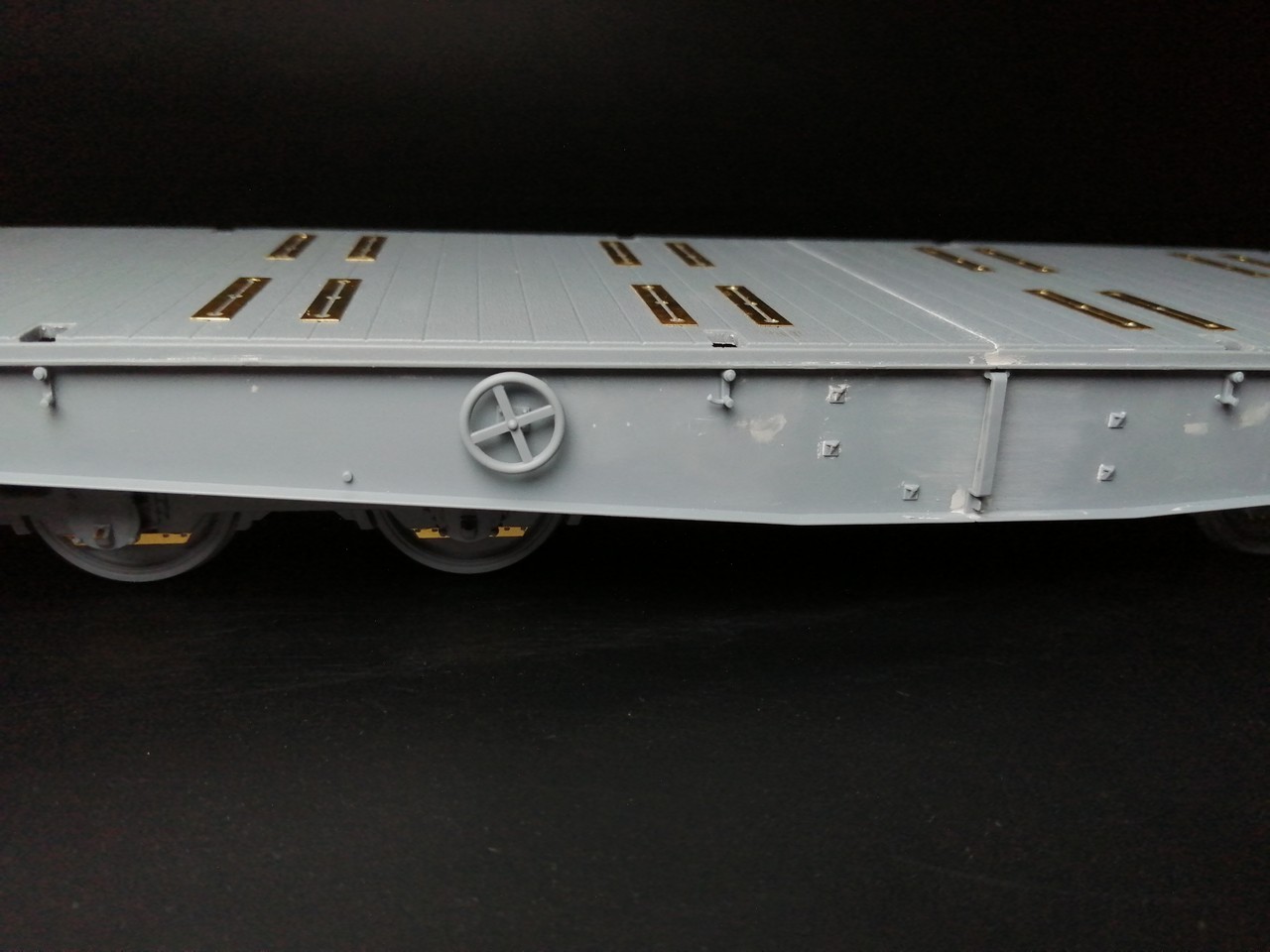 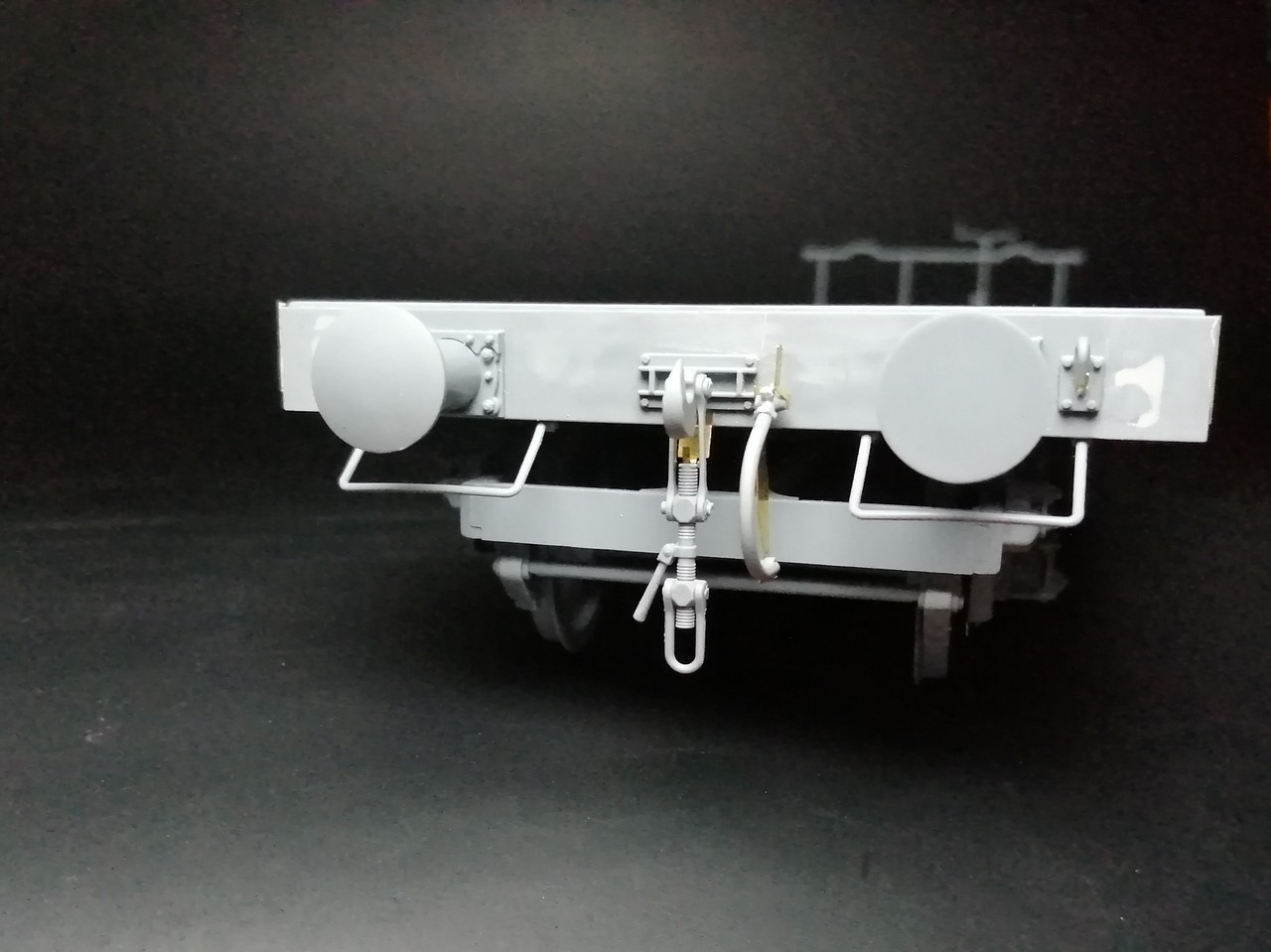 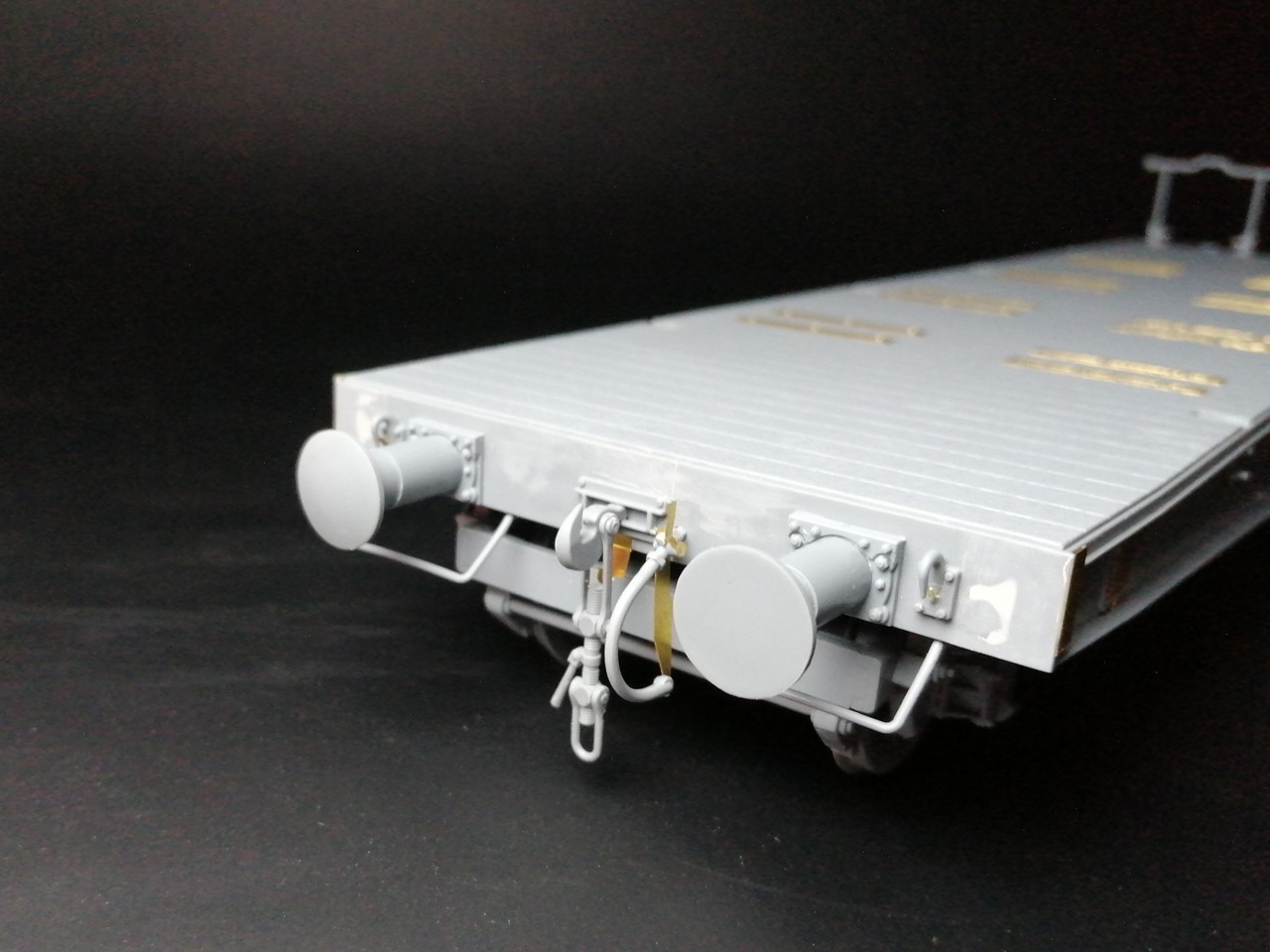 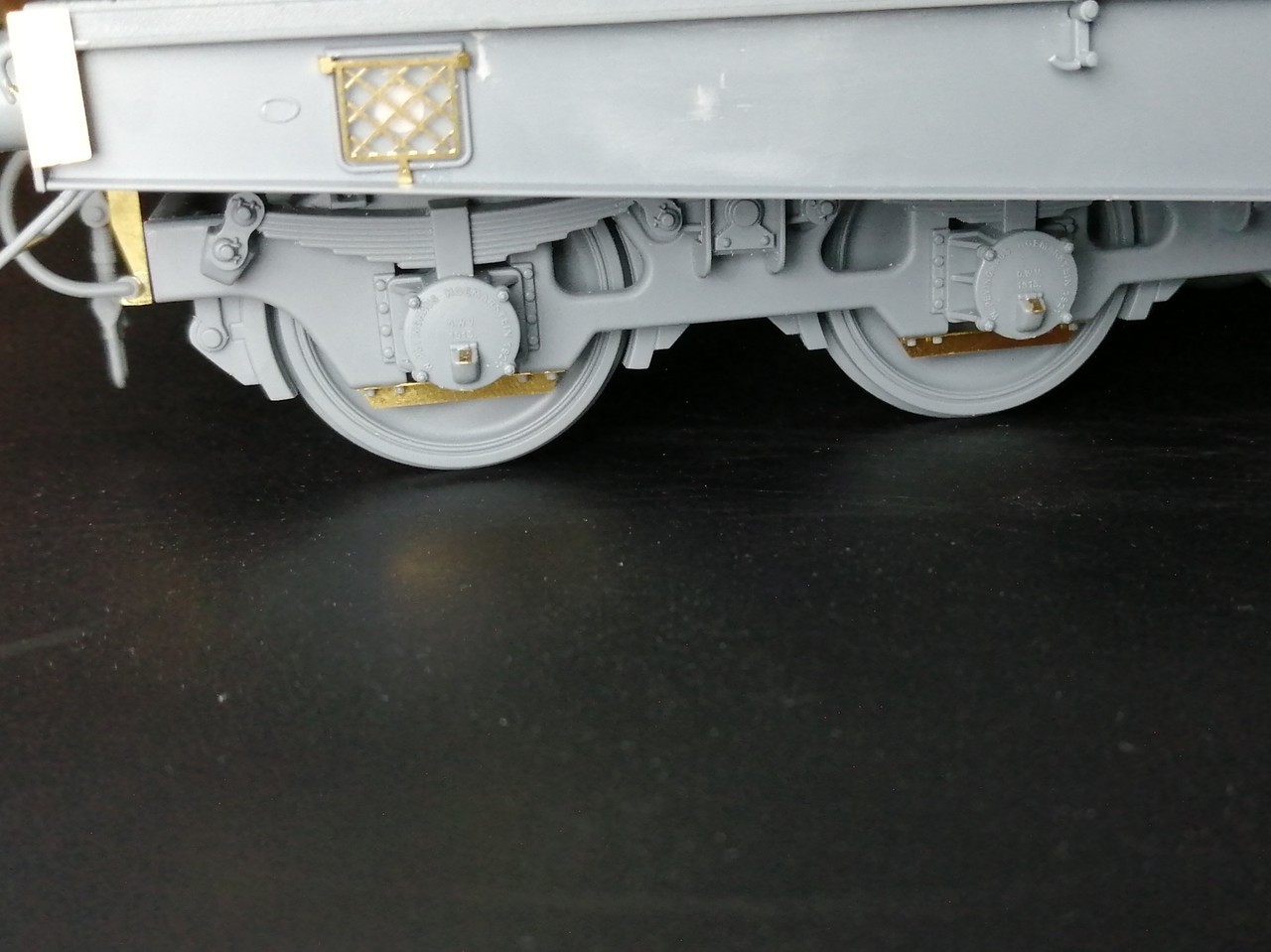 The kit comes with two sections of tracks included, whose assembly is again fairly simple.

This edition includes a printed wooden deck that saves some work, requiring only weathering it as desired.  It is self-adhesive, and here is shown only in place without being fixed,

There are also wedges for storing the roadwheels that had to be removed from some models of Tiger because of the tank's excessive width. 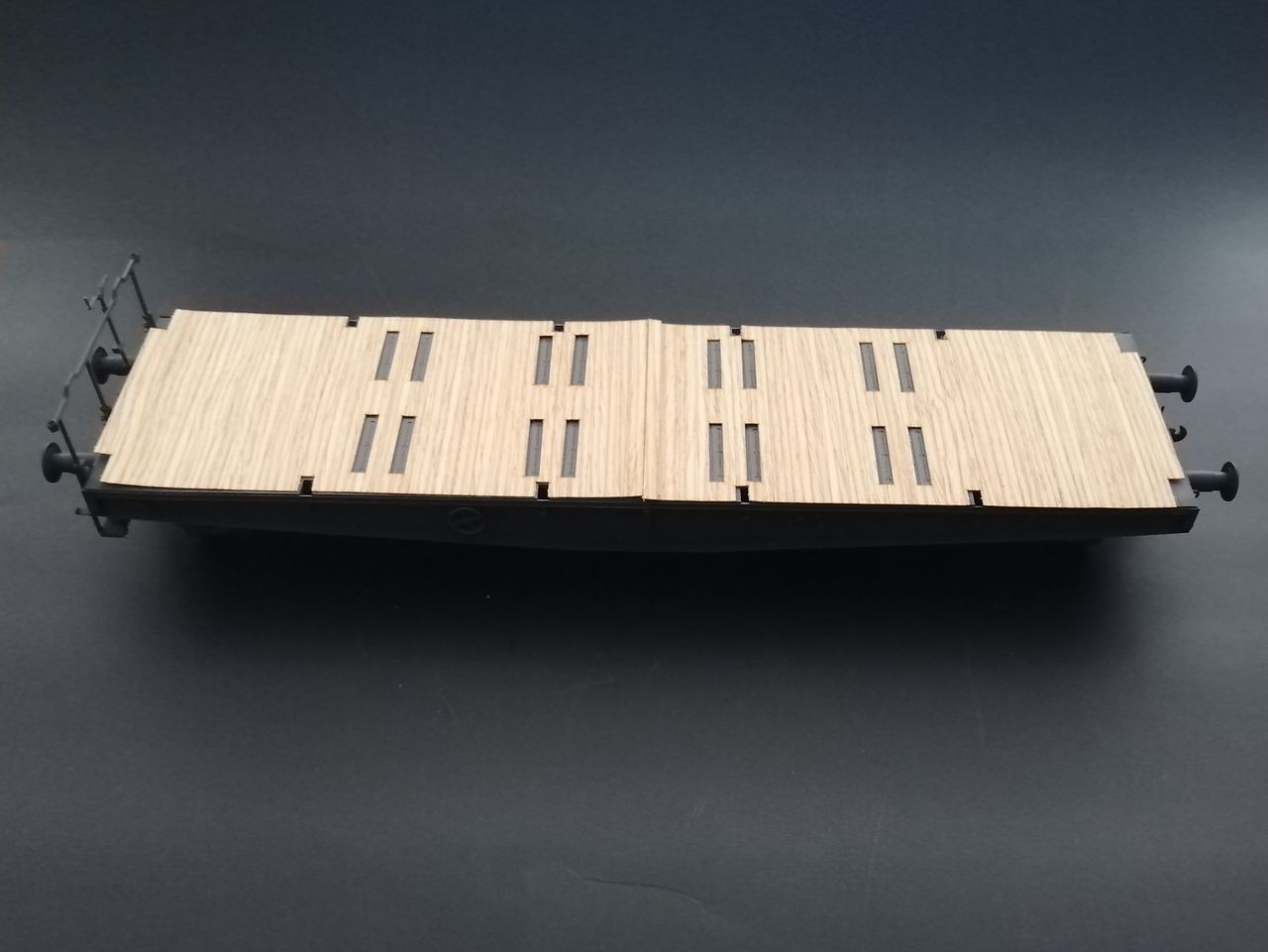 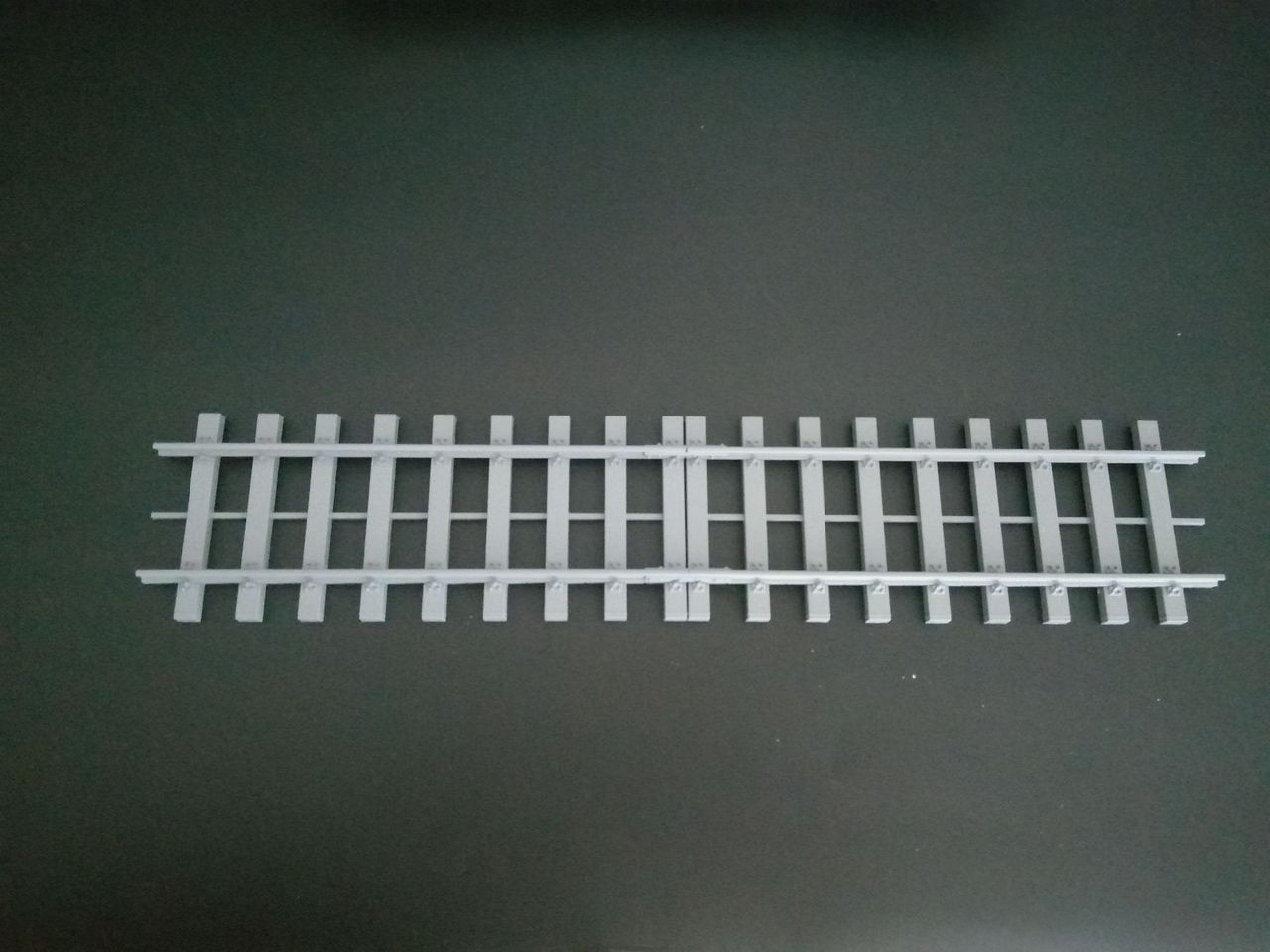 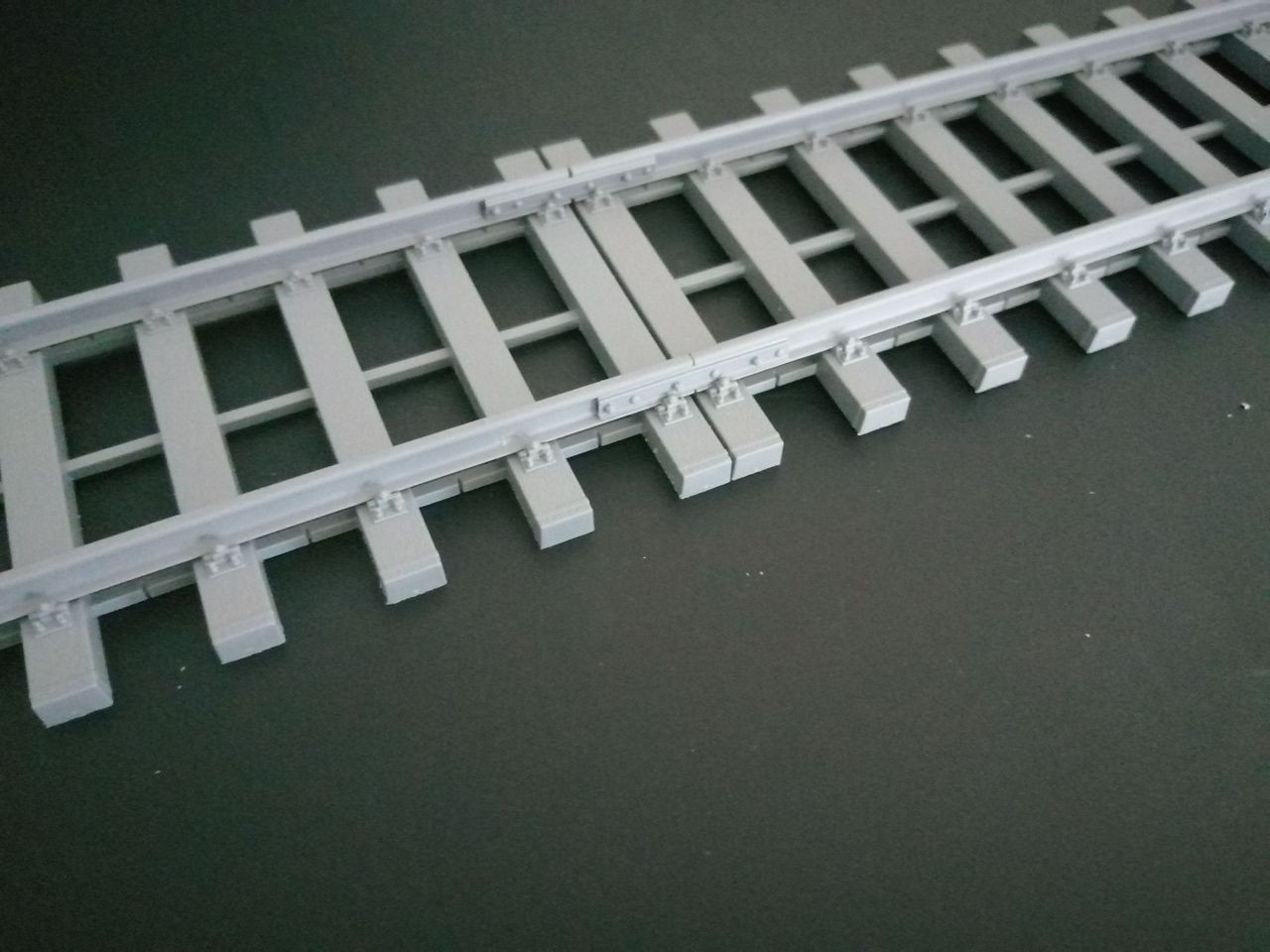 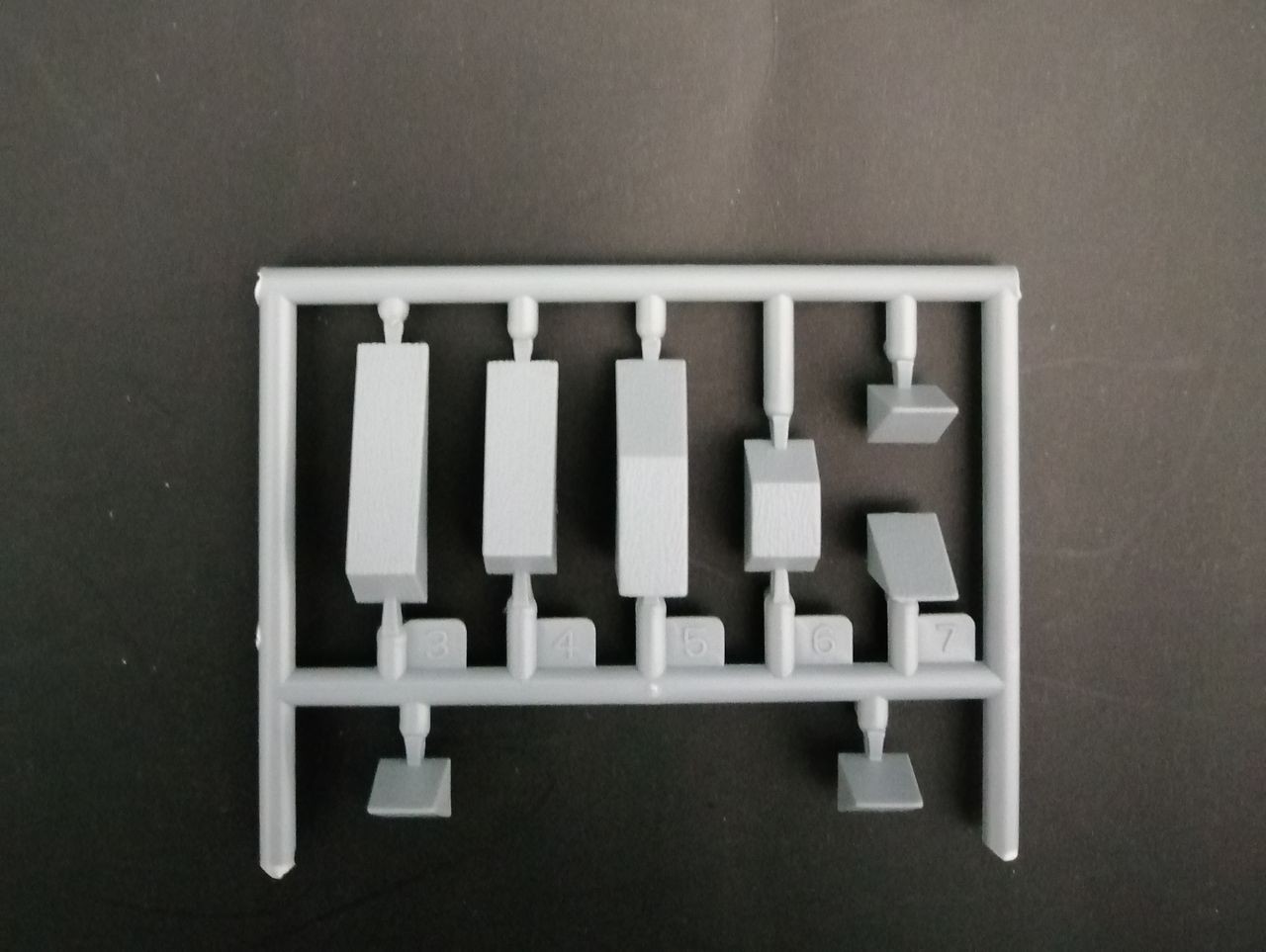 In summary, this is a nice kit, with good detail which can be built easily. It has several options, in case you want to use them they may take some additional work but the simplest built is quite straightforward, and it can be linked to other wagons of the same or different type.

There are some mould seams to care of, but nothing of real concern. The fit is good and the model includes the tracks. The photoetch parts add detail where needed, without being complex to handle, and the printed deck can save a good time painting.

Definitively, it will result on a nice and original base for any of the Tiger family tanks . 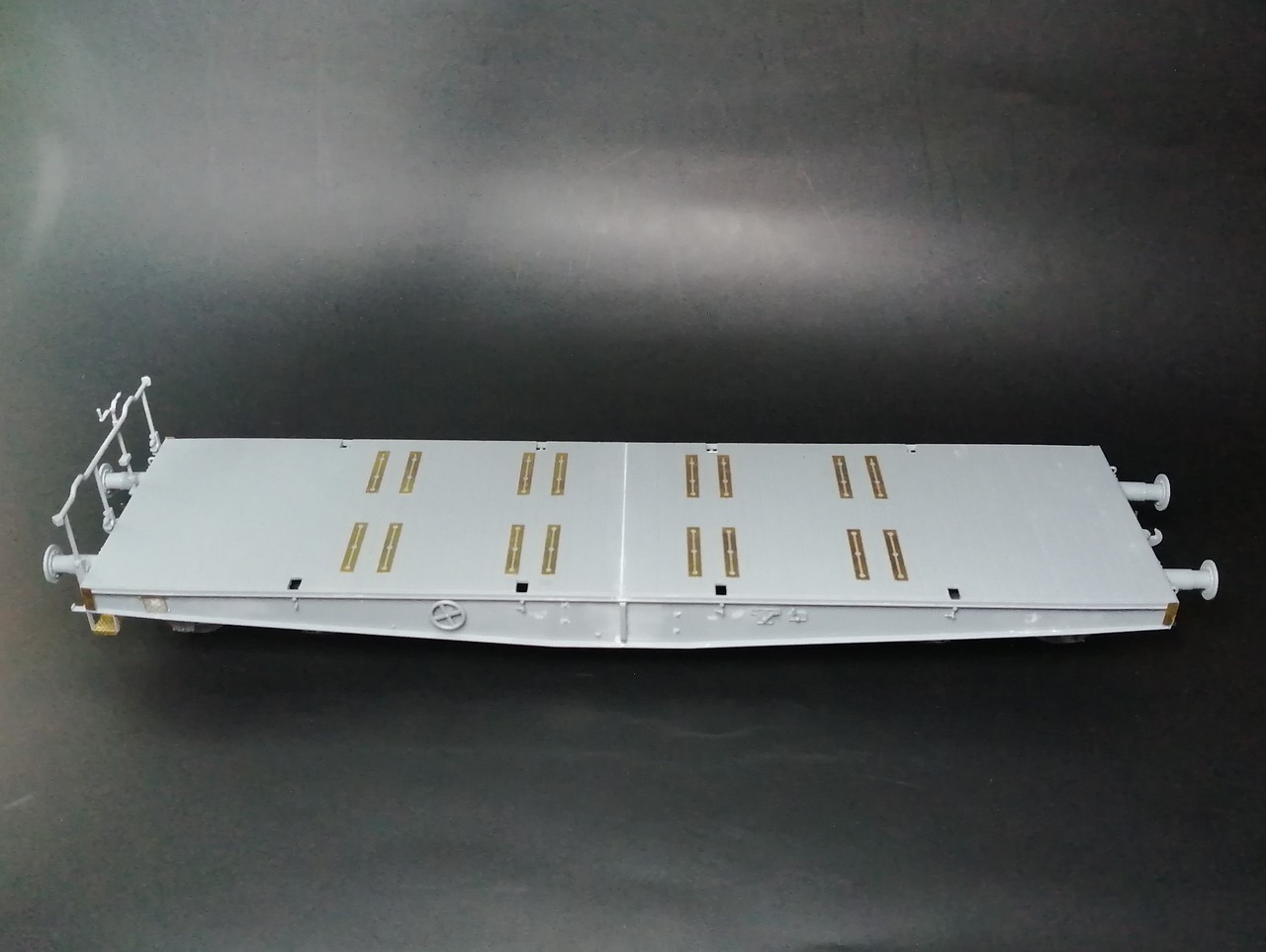 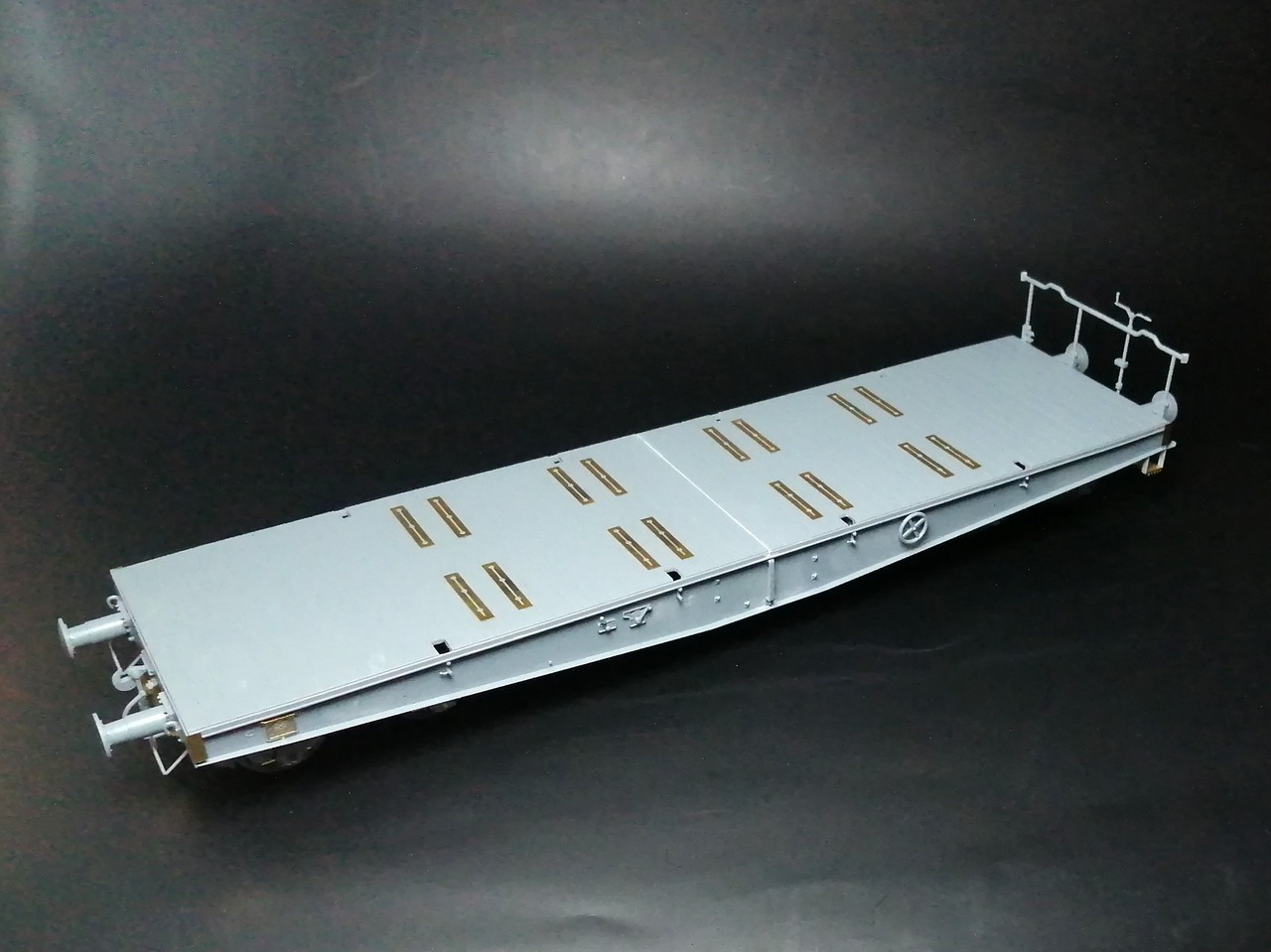 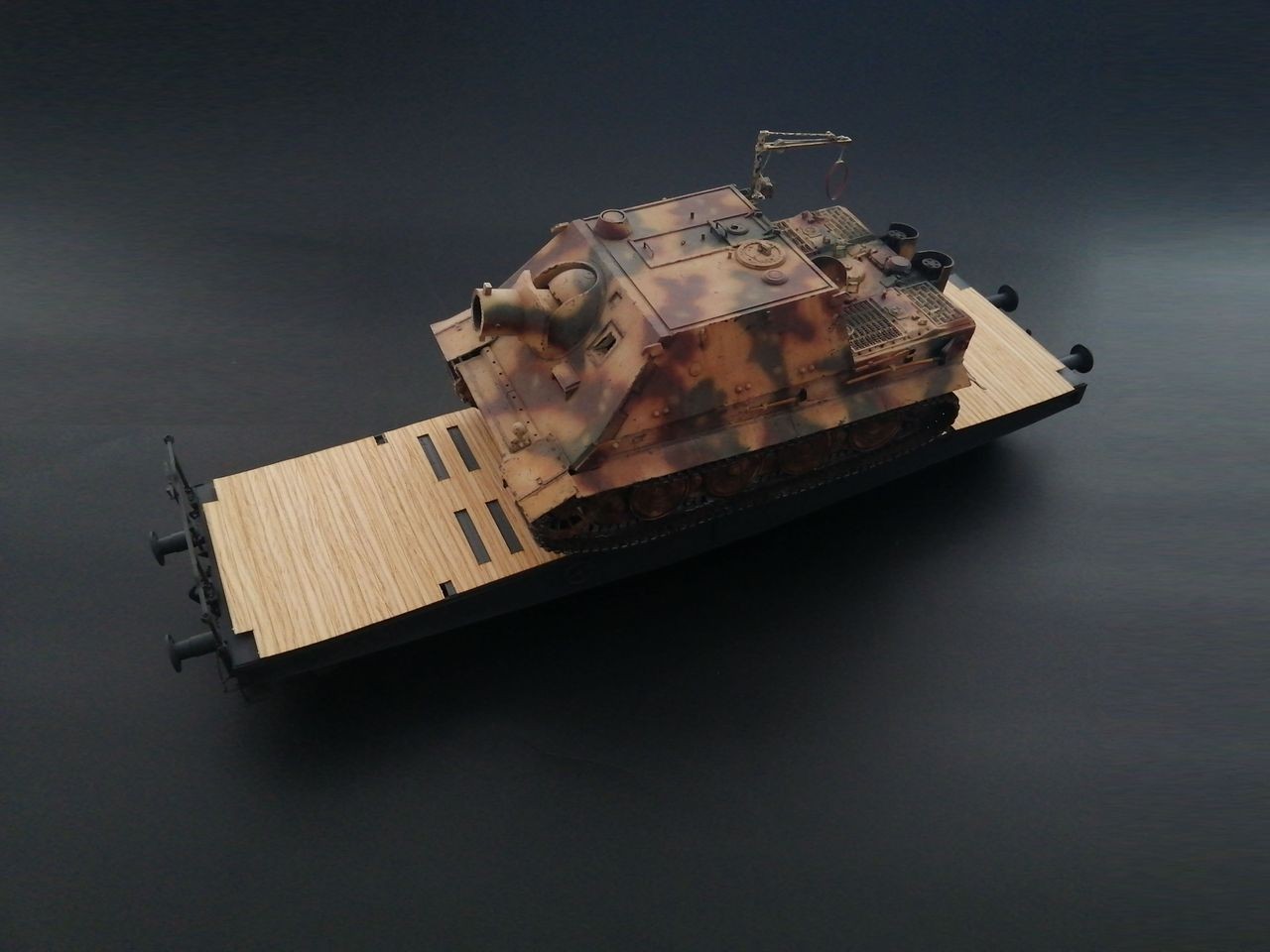 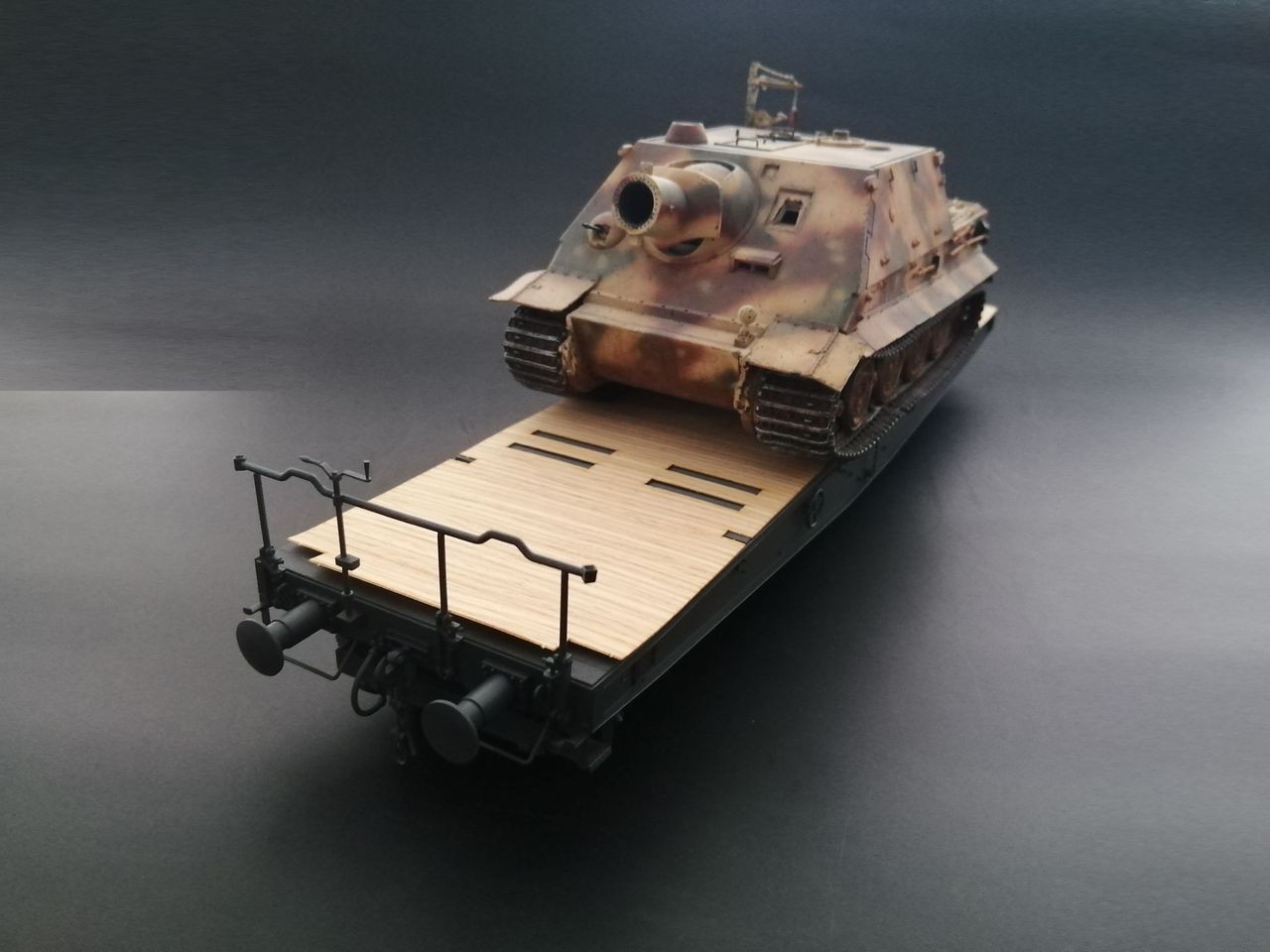