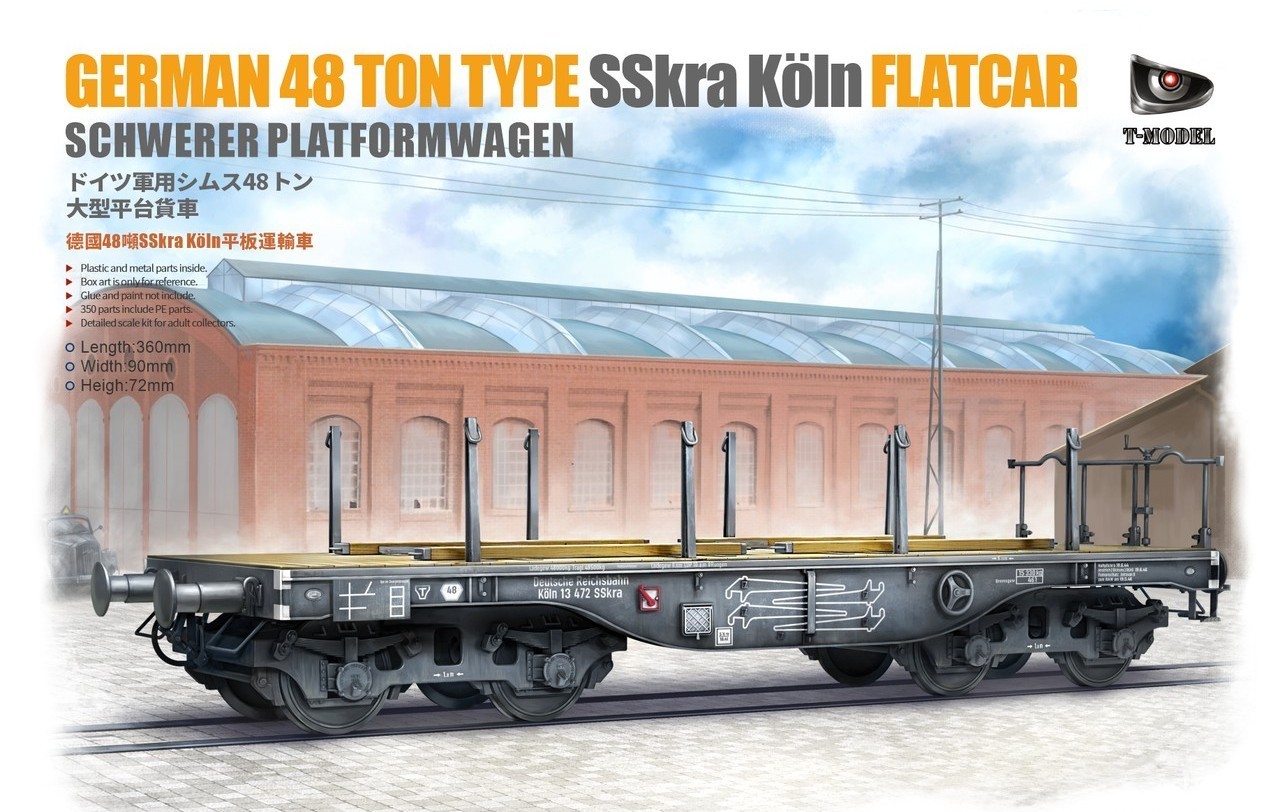 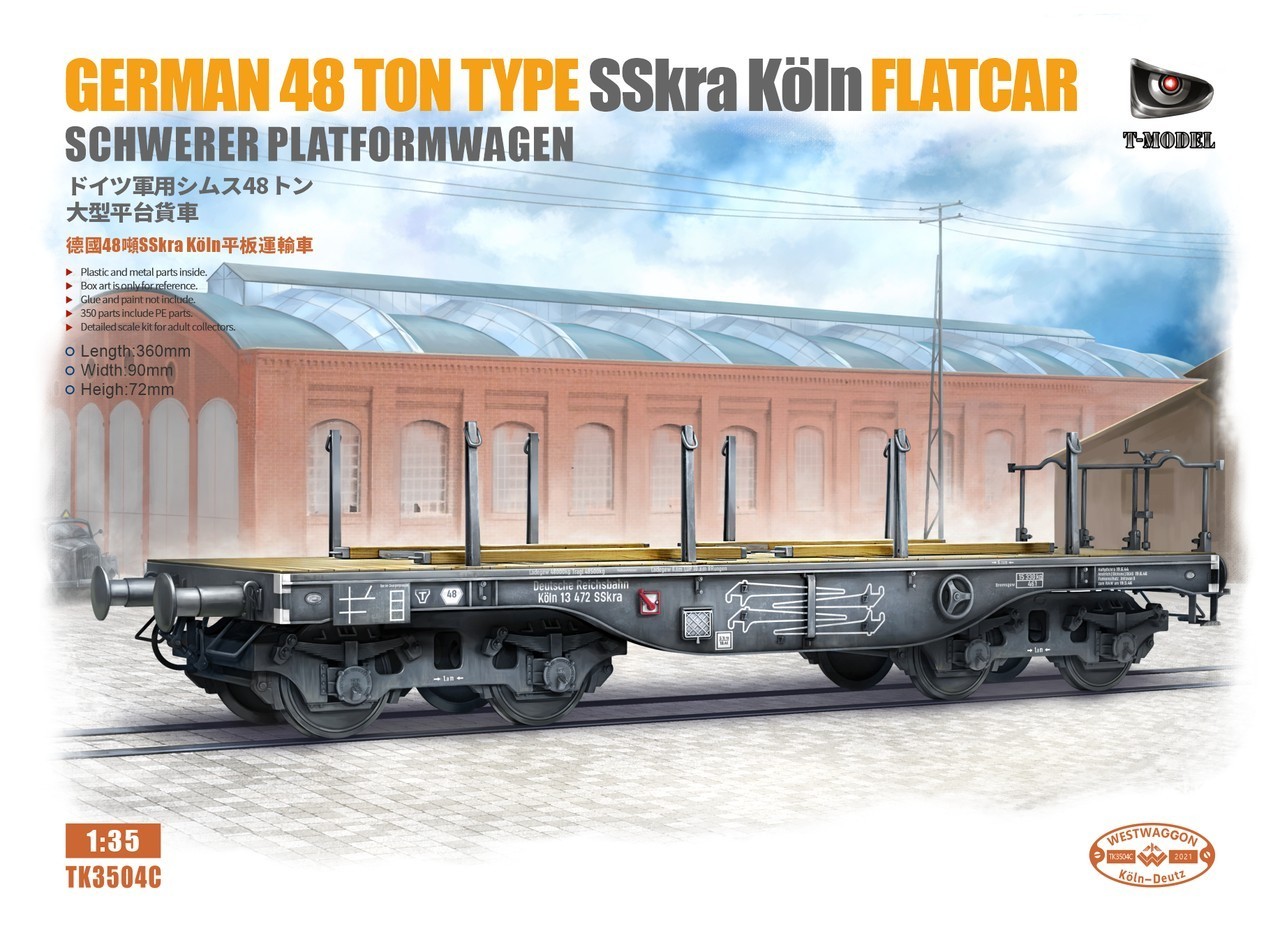 SSkra Köln was the earliest heavy-duty flatbed wagon with a load of 40-50 tons. The Westwaggon factory built the first batch of 100 SSkra on 1941 to transport 46-ton tanks and cargo

Its "fish belly" shaped girder allowed the bogies to move at a greater angle, thus making it possible to operate in small places with curves.

However, this special structure also limited the maximum cargo weight, which had to be placed in the middle.

With its distinctive shape, T-Model now offers the Sskra Köln  for the first time at 1/35 injection plastic. 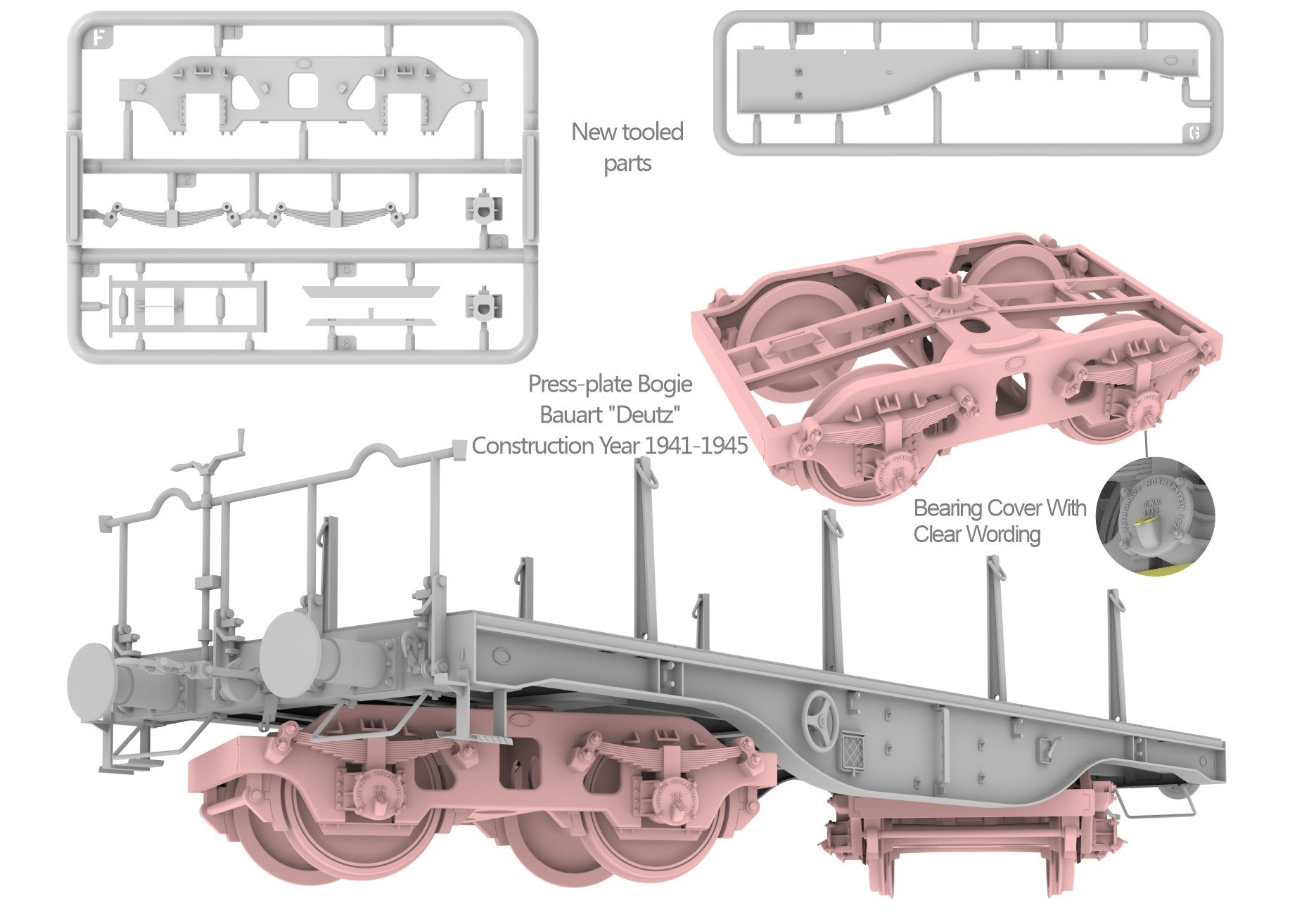 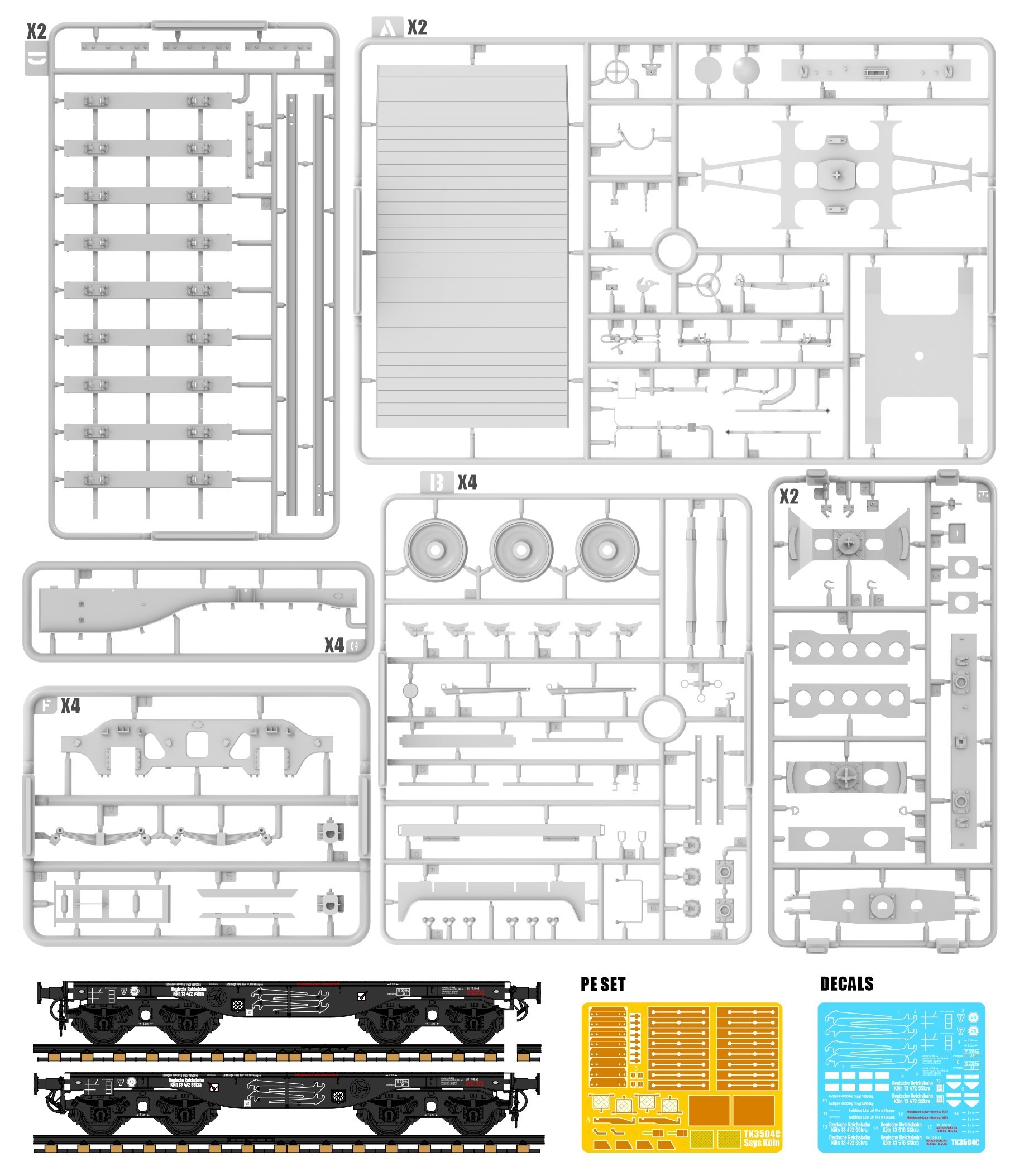 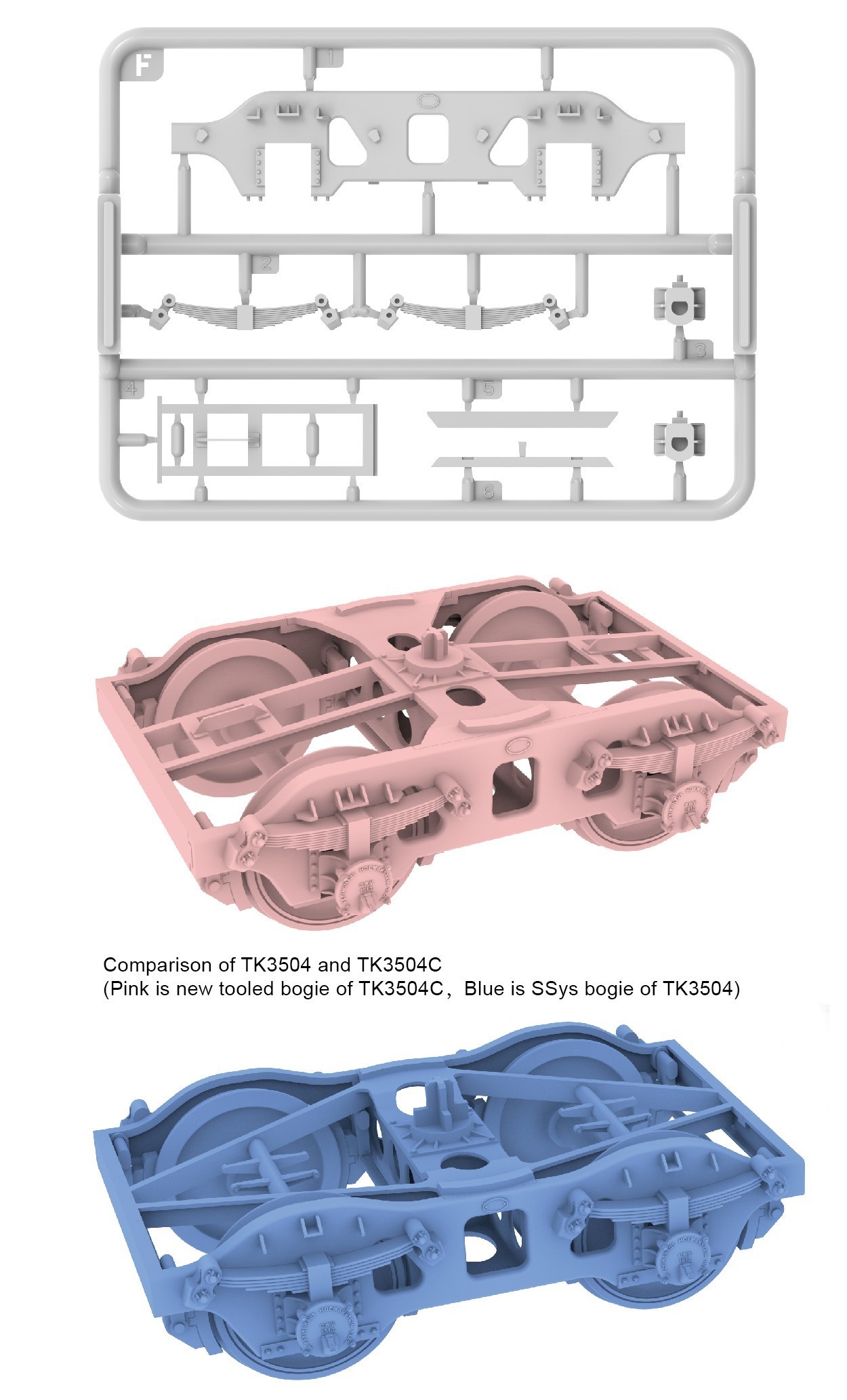 T-Model has reproduced the Deutz bogie, which was dfferent from the one used on the SSys