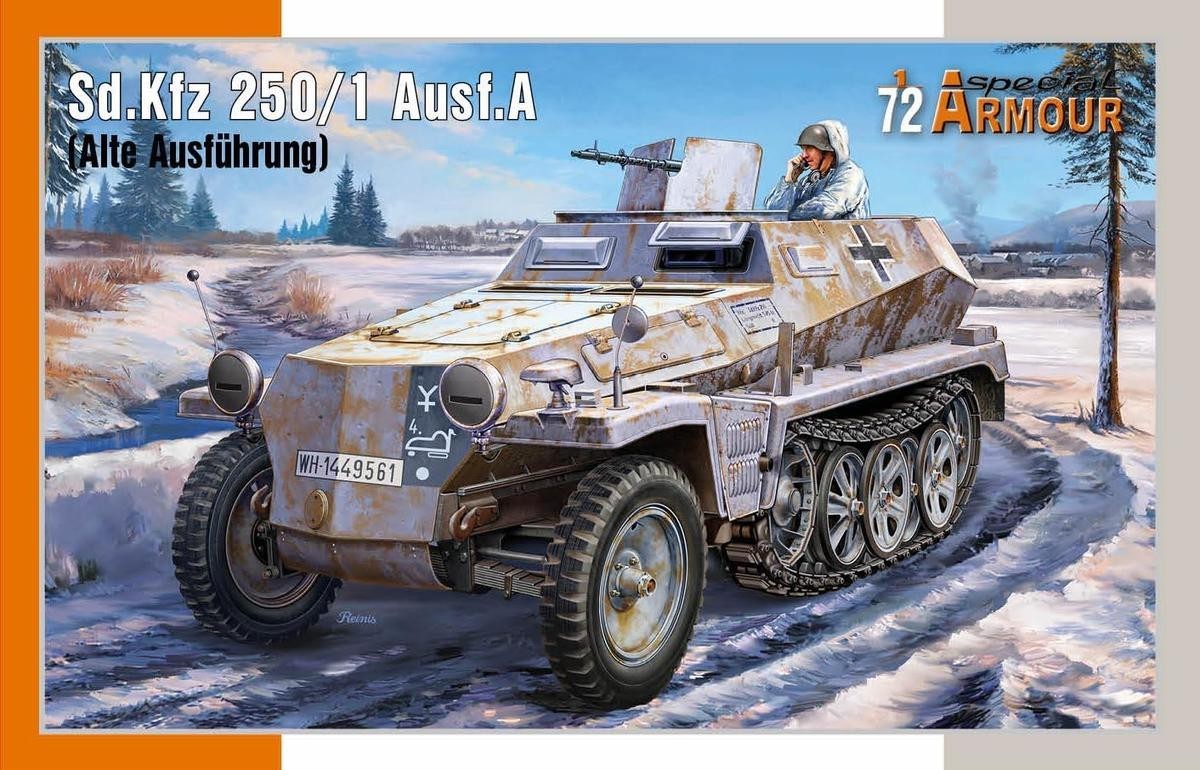 The Sd.Kfz 250 of the earlier type with the hexagonal armoured superstructure was one of the most widely used German armoured troop carriers of WW2. The production and its military use begun in 1941 and lasted until 1943 when it was replaced in production by the improved version known as the Sd.Kfz 250/Neue Ausf.A with a simplified armour superstructure, easier to produce. Both types remained in service until the end of the war, captured machines even later.

Our nicely detailed model brings three finish schemes. The first one portrays the machine wearing winter camouflage as seen on the Eastern Front. The second scheme option also offers an Eastern Front machine, this time in Grey overall. And the final machine of the three options brings the personal machine of 90.leichte Infanterie-Division commander General Major von Kleemann as he used it in Africa. The grey finish of this machine was locally oversprayed with sand colour. The model kit originates from MK72 moulds which we bought some time ago. When released for the first time, the model earned the Model of the Year award. 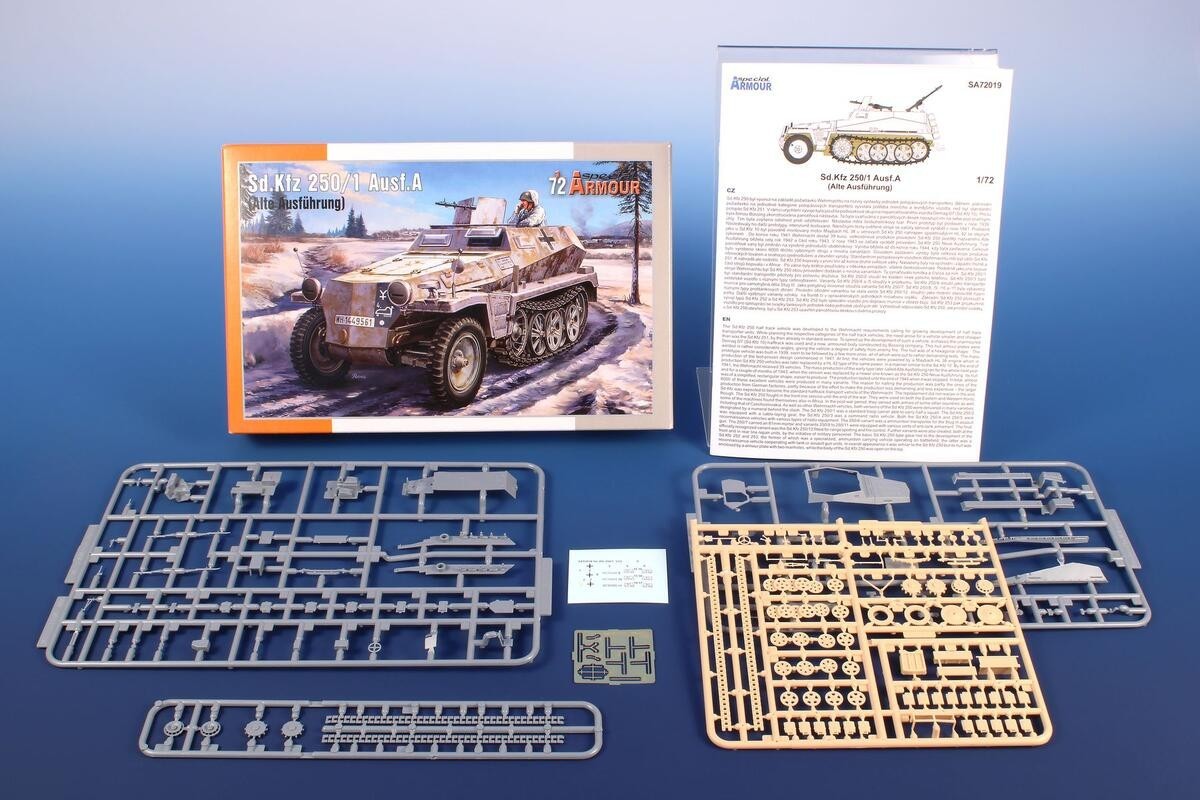 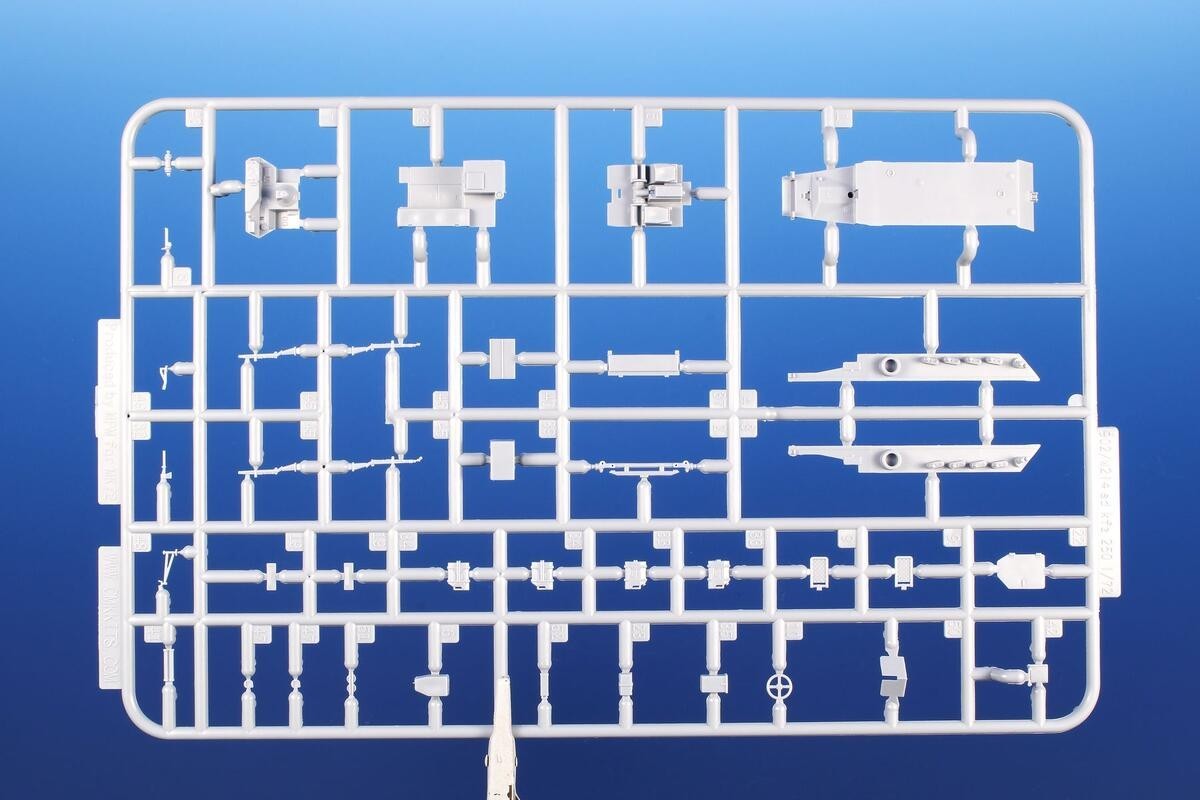 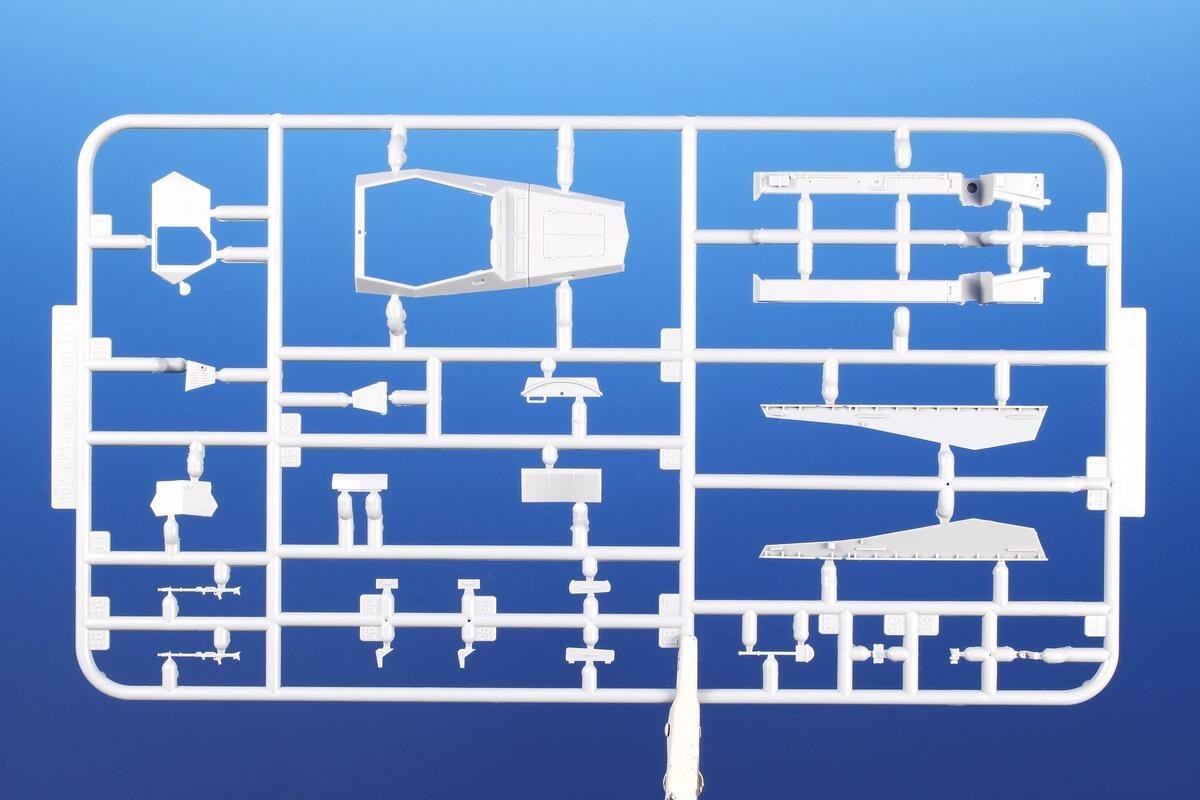 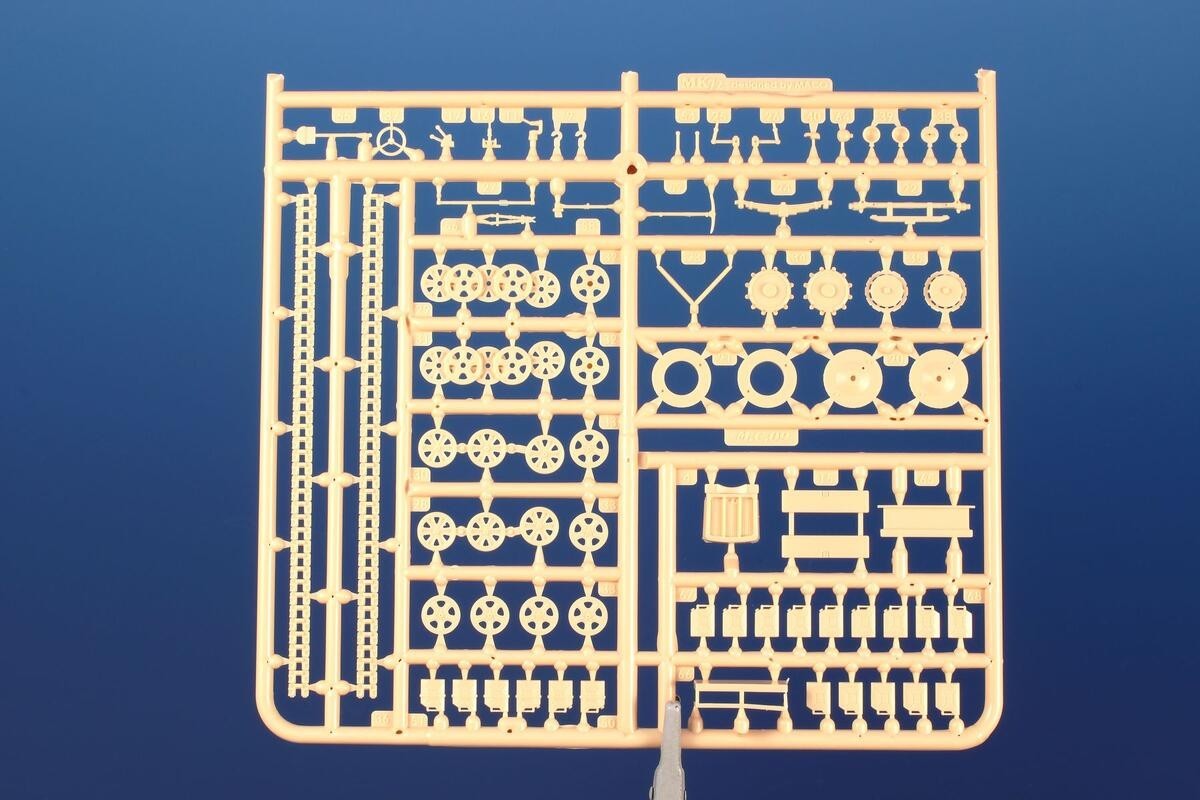 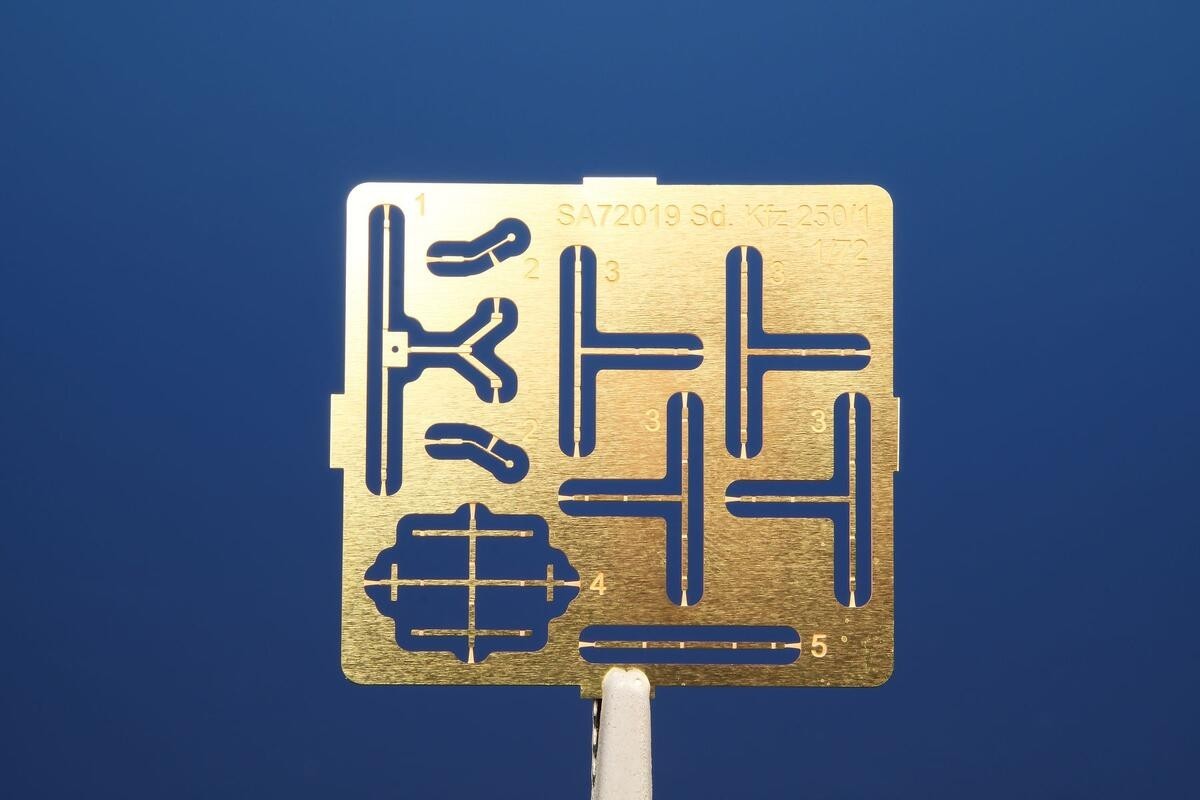