Kylie Newton
posted on 5 months ago — updated on 4 months ago
558
views
A brief look at the above title, supported with images from the book. 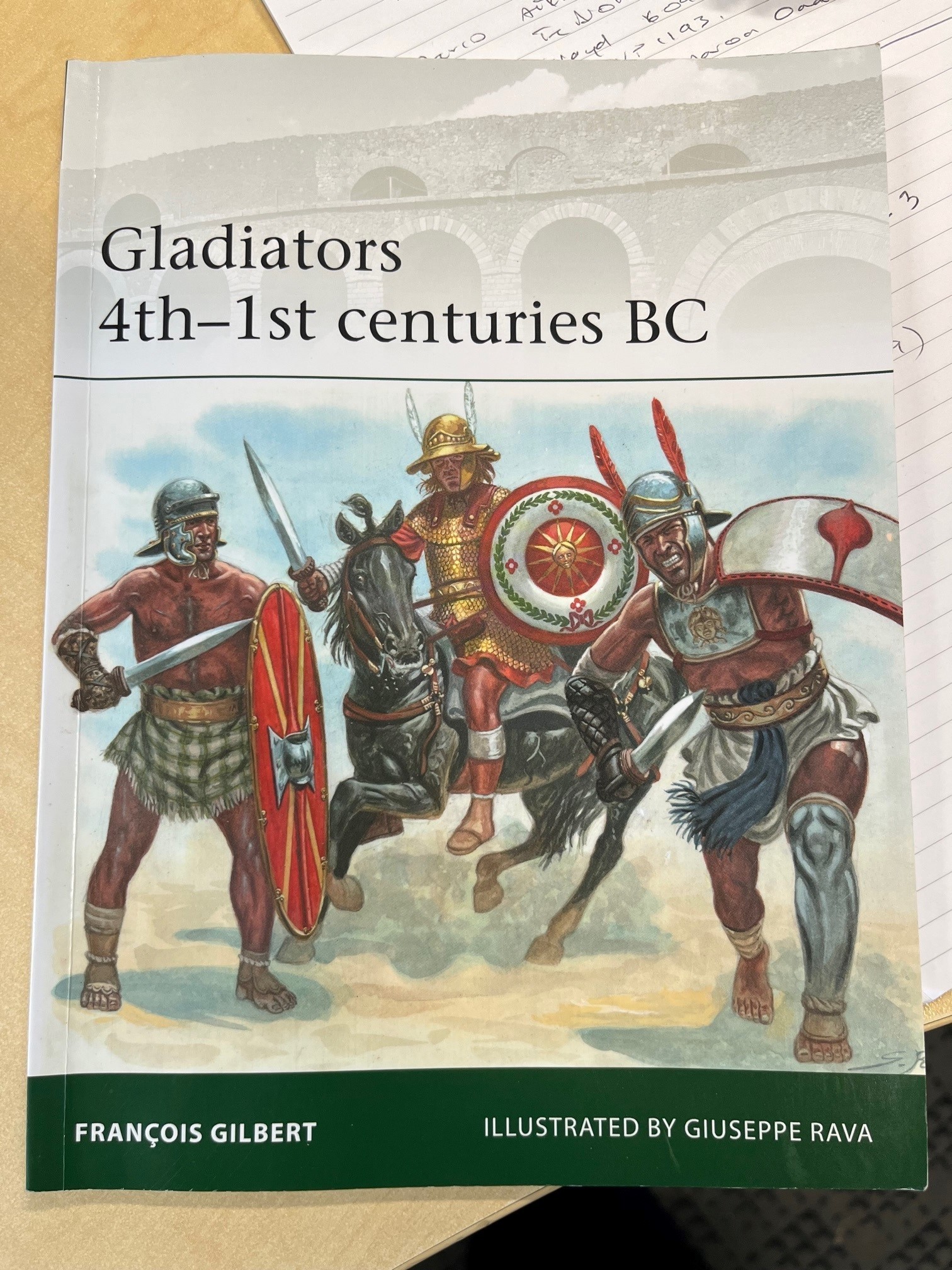 This new study lifts the veil on the high-profile but often misunderstood gladiators of ancient Rome,from their origins to the dawn of the Principate.

Originating in funeral rites during the Punic Wars of the 3rd century BC, the Roman gladiator games have come to symbolize the spectacle and savagery of Republican and Imperial Rome. Increasingly elaborate rules and rituals governed the conduct of gladiator combat, with an array of specially armed and armoured gladiator types pitted against one another, either singly or in groups. While many gladiators met a grisly end, some survived to achieve celebrity and make huge fortunes.

Despite the wealth of literary and archaeological evidence, many misconceptions about the gladiators and their violent world remain. Featuring photographs and drawings of key items of visual evidence and drawing upon the author's wealth of experience and research, this fully illustrated account recreates the little-known and under-represented gladiators of the centuries leading up to the dawn of the Principate, correcting myths and casting new light on the roles, lives and legacy of these legendary arena fighters.

‘Three eras of gladiatorialism’ covers the origins and evolution of gladiators with the first period and its Campanian origins the start of the fourth century and ending 310BC; the “ethnic” period which covers to 73-71 BC; and the ‘technical’ period, which rounds out the time period covered in the title.

‘The different fights’ focuses on voluntary engagements,poor people looking to support their family by fighting for money, the use of slaves and convicts, and professional fighters or soldiers. There is a brief explanation that not all fights were to the death, as a dead fighter is a poor investment, thus referees were used.

This section explores the various types of gladiators –there were approximately 15 known categories, including horse mounted (eques) and the use of chariots (essedarius). Gladiators were identified by how they fought, where they came from (Gallus), or weapon(s) used – sword, spear, net and trident, or bow and arrows.

Clothing was only introduced later, and was minimal, that evolved to body armour with greaves (foot protectors), helmets and face mask, a belt, armbands, armour consisting of scales, and breastplates.

Things I learned: Not all fights were to the death, early fighters were naked, referees were used, being a gladiator was optional – for some,not for others, the increasing need for novelty to be entertaining.

Well supported with documents, bas-relief, figurines, and paintings from the period.

A well written book that conveys information in a first-person conversation tone which I found appealing. The author, Francios Gilbert, speaks with authority and clarity, and in a manner that is easy to read. Something I particularly liked about the book is that all information is referenced, and any interpretation is supported with evidence. The artwork, colour plates, are very appealing and suitably dramatic, support the text as you’d expect, and help visualising the concept of men in combat as well as depicting the differences over the ages.

Previously, all I knew about gladiators I’d learned from Russel Crowe… not quiet, but almost, and this book lays a strong foundation for further learning on the subject. 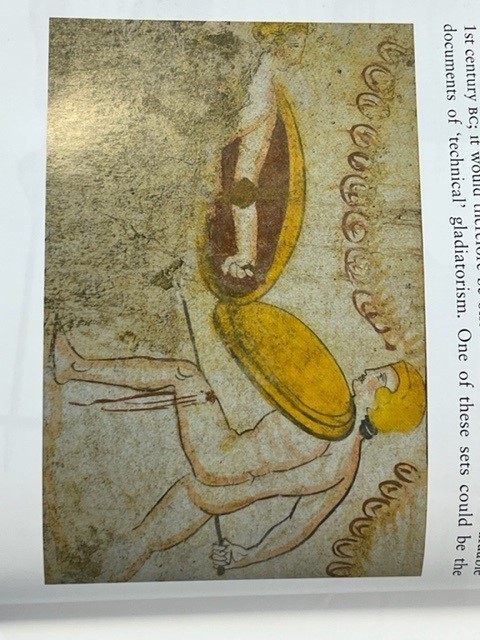 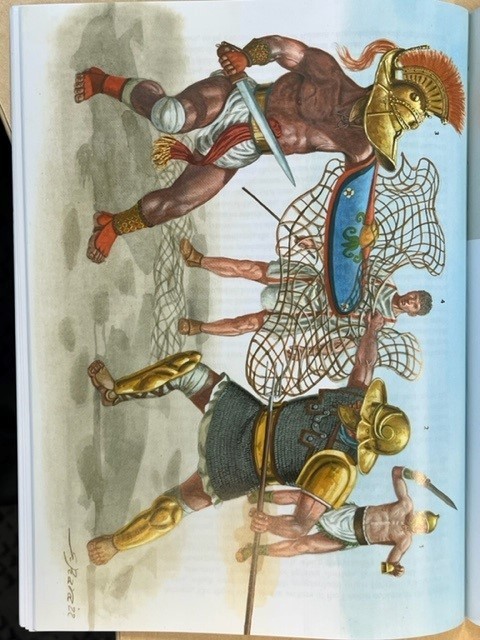 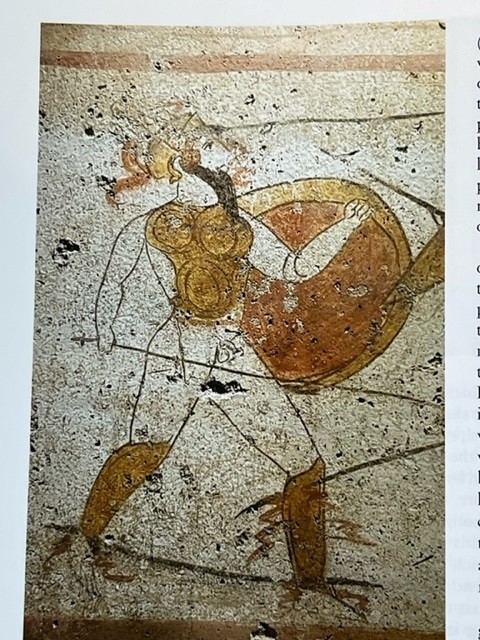 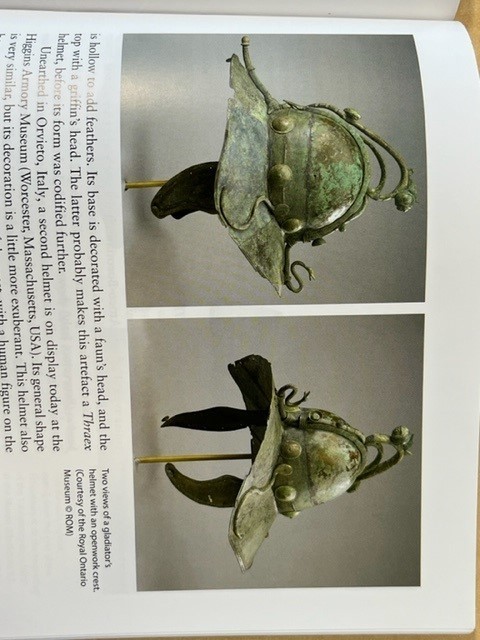 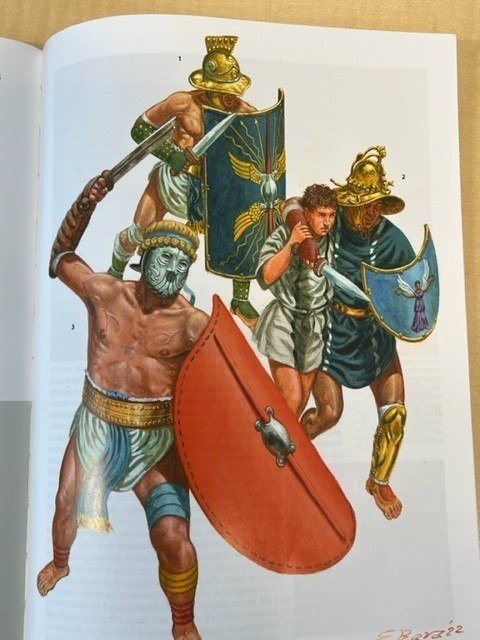