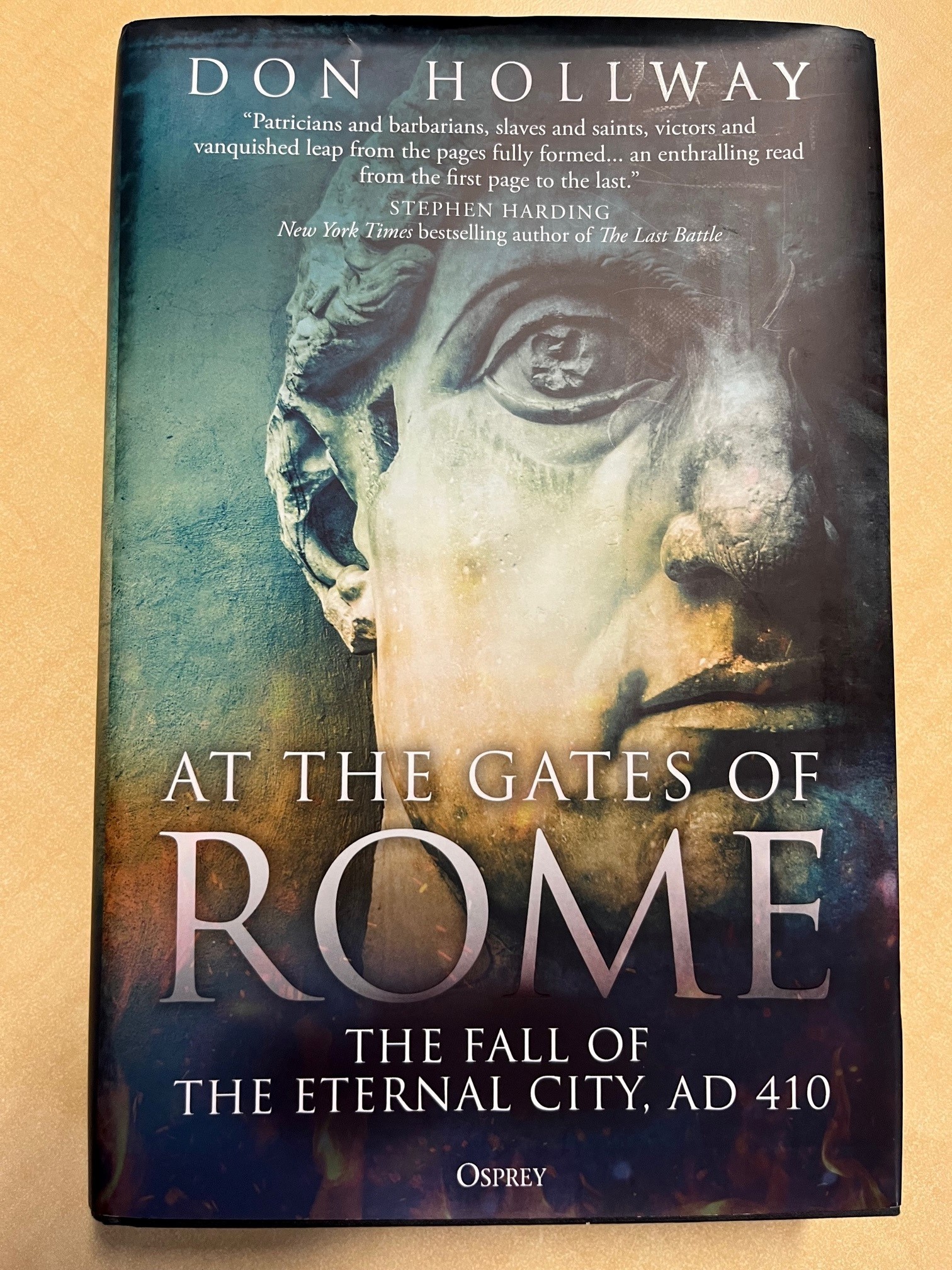 ‘At the gates of Rome; the fall of the eternal city, AD410’ by Don HOLLWAY

‘At the gates of Rome; the fall of the eternal city, AD410’ by Don HOLLWAY, from Osprey.

The premise of the book:

‘In this epic new book, master storyteller Don HOLLWAY introduces us to two titans of the ancient world. Roman general Flavius Stilicho defended the Western Empire against repeated invasions, and no one represented a more potent threat than Alaric, King of the Goths. 'At the gates of Rome' reveals the tale of Stilicho and Alaric and the series of hard-fought wars they waged. Stilicho bested his rival in battle but failed to capture the wily Alaric. Eventually a truce was declared. Alaric and his men would serve honourably in the Roman army, but it was a tentative peace, ultimately undone by the corruption of the heart of Rome. Fatal betrayals finally drove the barbarian horde to bring down the world’s greatest civilisation. War had come to the gates of the Eternal City.'

8 pages of images, including a rare colour photograph from the period of the Septimer Pass, Switzerland. Well, the bridge depicted is from the period and the mountain hasn’t changed…

The Chronology, page 11, is two pages of highlights for significant years between 359 – 410.

‘At the gates of Rome’ is a great read, covering off the decline of the empire over several decades by exploring the politics, intrigue, manoeuvring, and the literal backstabbing that went with it all, whilst focused on the two main adversaries Alaric and Flavius, and the lengths they went to, to either defend the empire or become part of the empire.

The narrative covers both the Western Empire, the Eastern Empire, Africa, and the steppes to the east, where the dreaded Huns and Mongols came from, and many points in between.  The mischief of the players involved to out manoeuvre each other for glory or power is staggering. This story could easily be an analogy for today.

There are some surprising details, like the method of sewing a person into a leather bag with a dog, monkey, snake, and rooster, then throwing them into water to drown. Very Roman. Another little morsel is that to be executed was very degrading, and high society Romans were given the option of quietly taking their own life in private, so as to avoid scandal.

The prose of the book is great, and able to vividly convey detail succinctly.

To say I thoroughly enjoyed reading this book would be an understatement. Well written, witty, and very informative, it reads like a novel, yet is non-fiction. It strikes a good balance between too academic and flippant, covering off all the relevant history at a good pace, not getting bogged down in excessive detail; I’d read several chapters in a sitting, with a single malt or coffee as company.

I will close with this quote from the book: “Permanence is fleeting; impermanence is forever”, which sums up the Roman Empire as we know it. 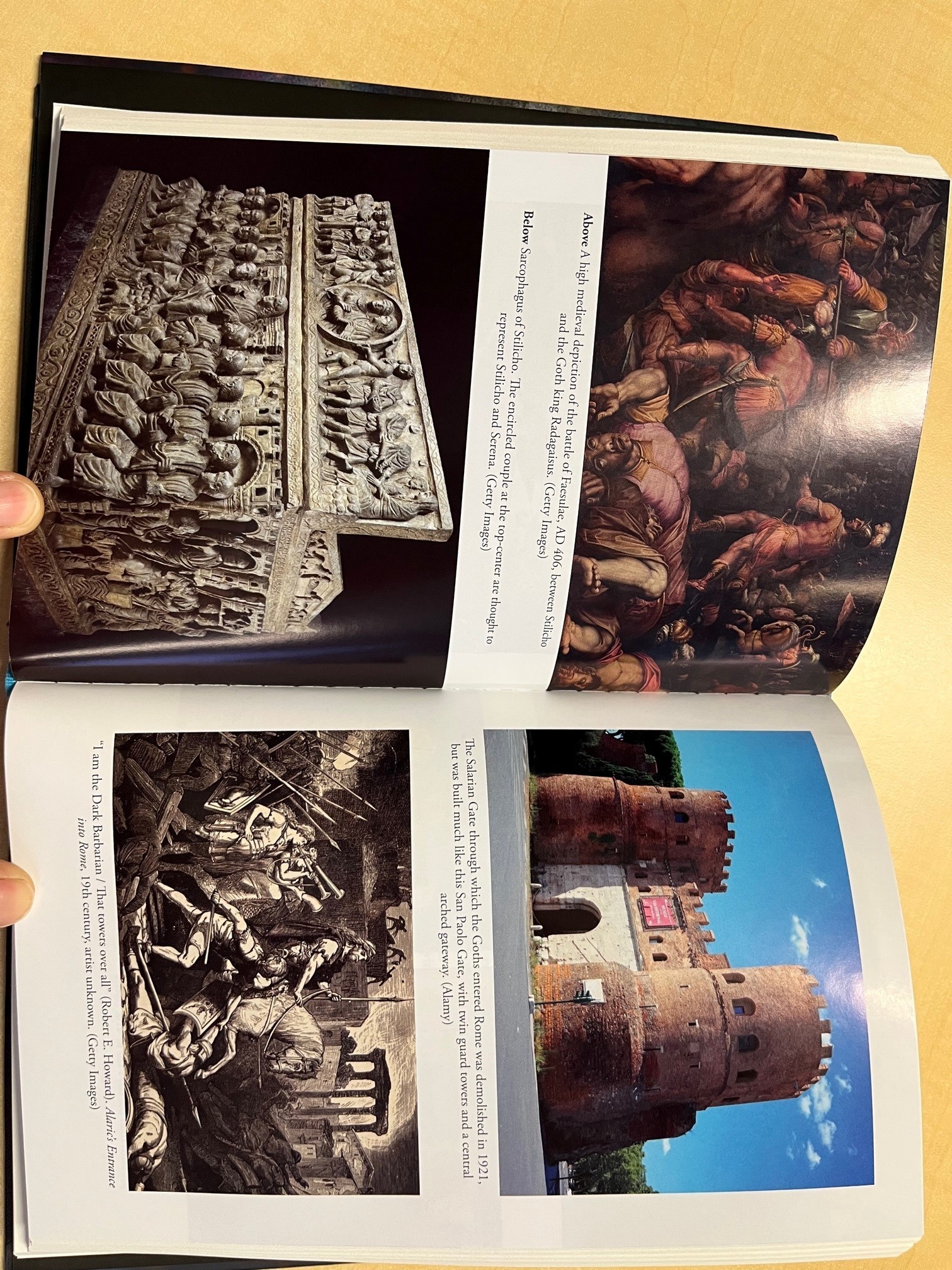 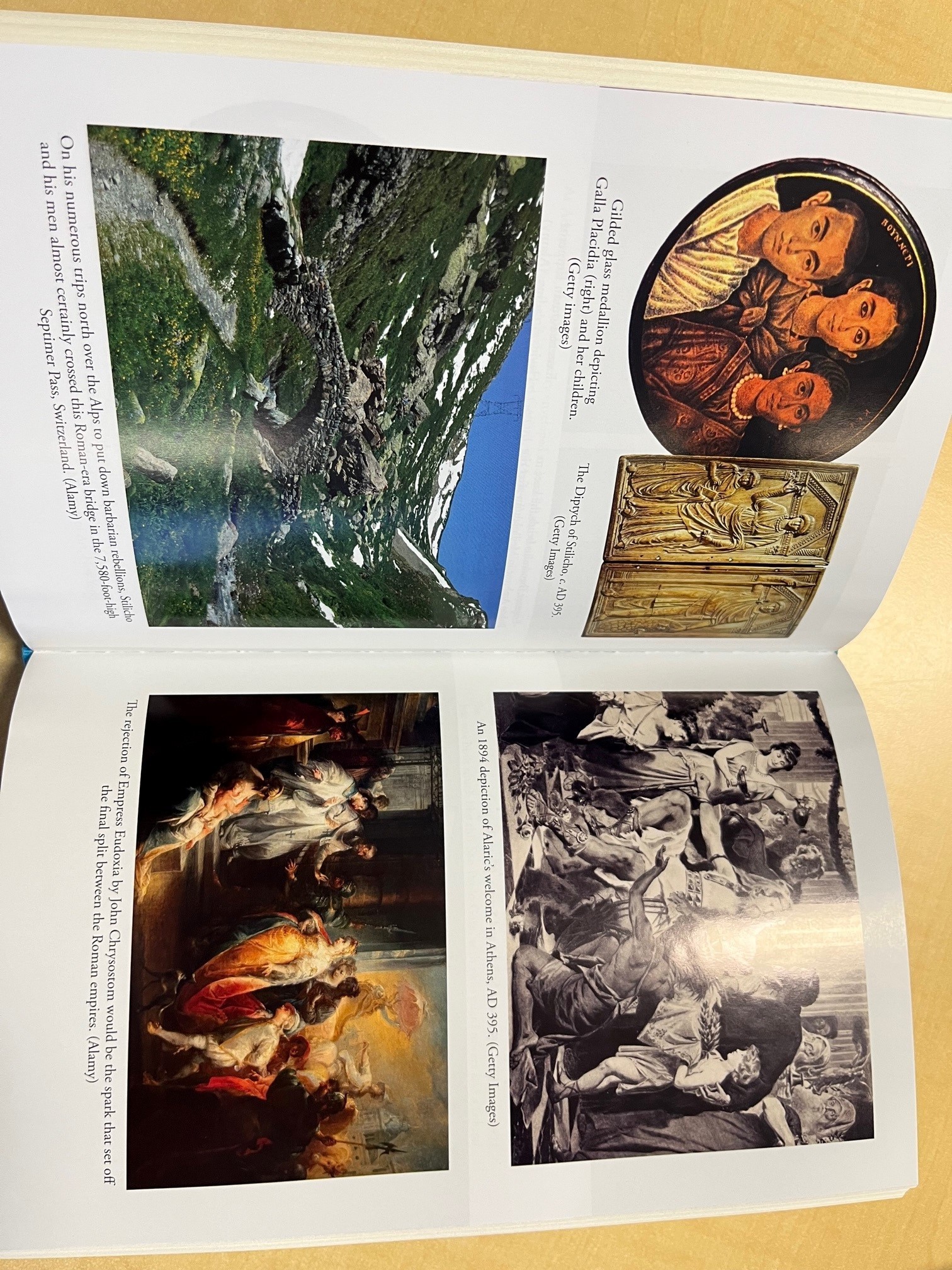 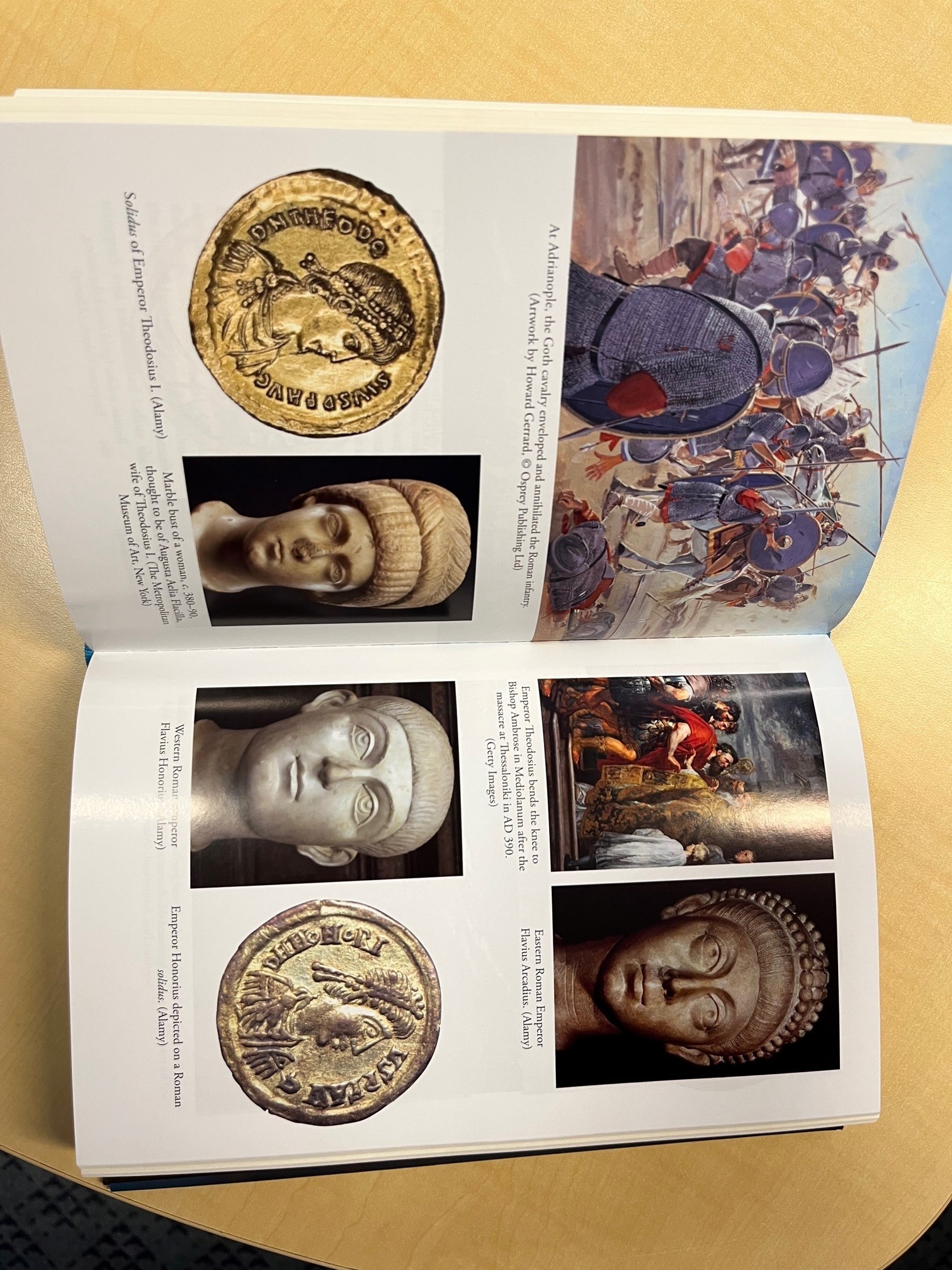