Merlin
Editor
posted on 4 months ago — updated on 4 months ago
2,749
views
Coming soon from Special Armour is re-work of ICM's 1:35 Panhard 178 with resin conversion parts, a turned metal barrel and a photoetched details. 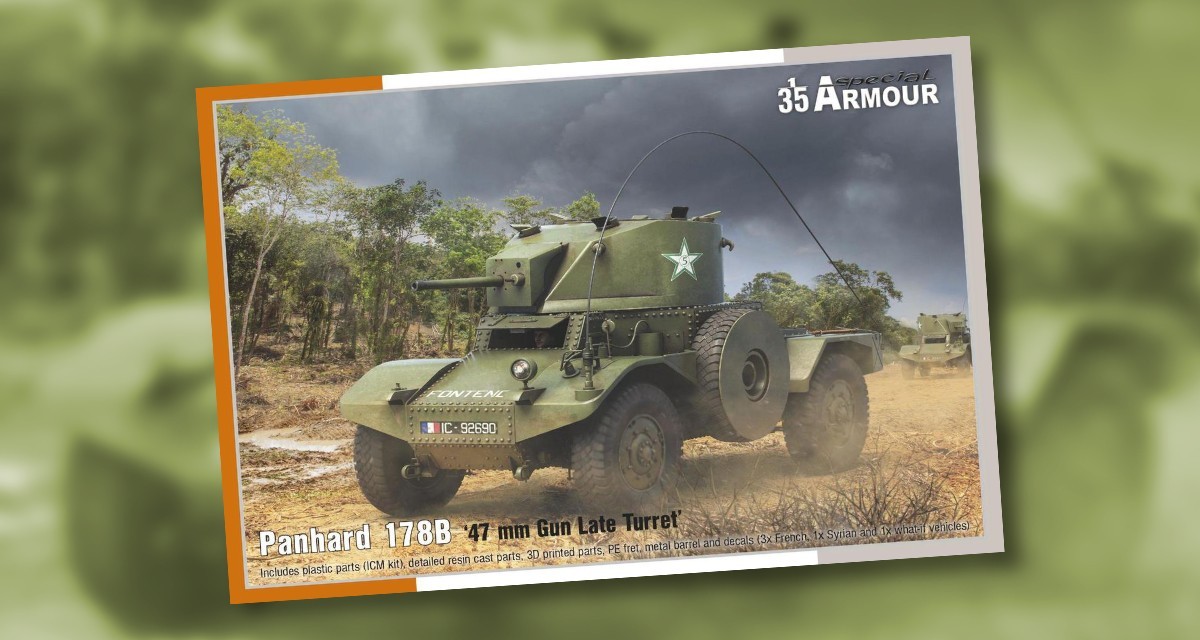 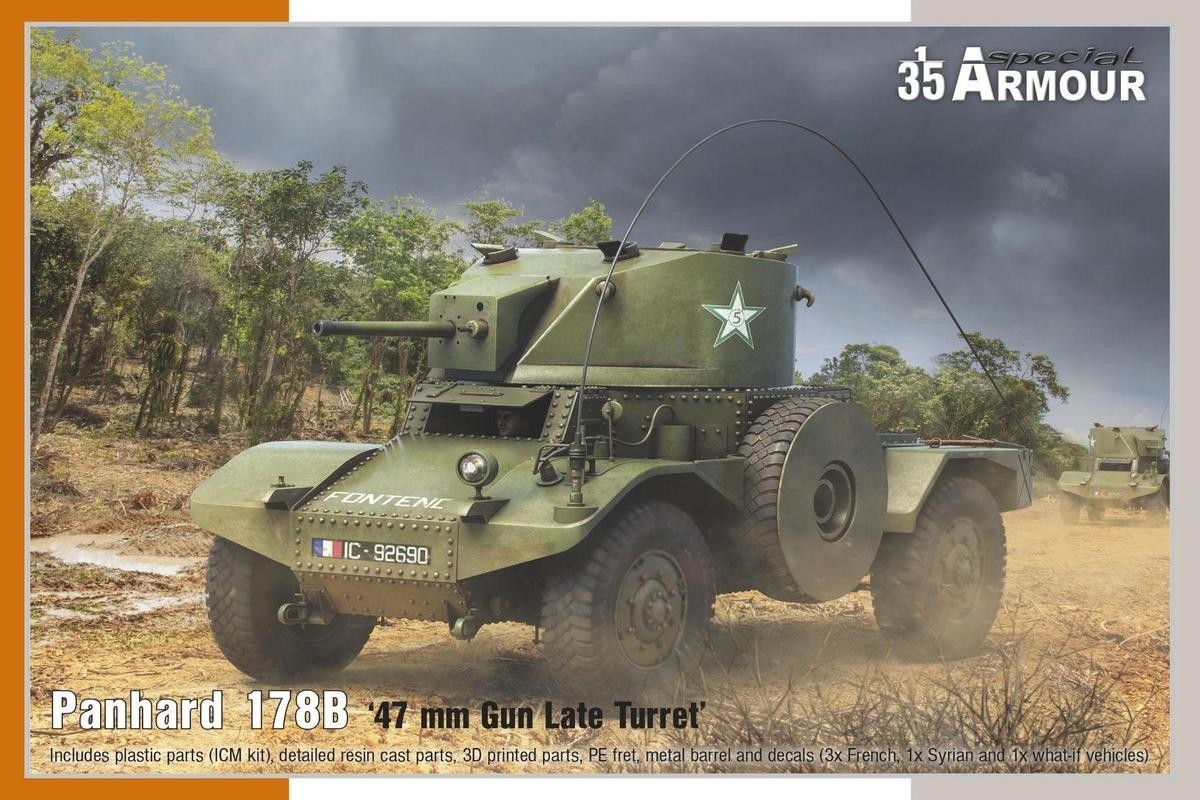 The French Panhard 178 armoured vehicle, fitted with a 25mm cannon, was one of the best pre-war AFVs in its category. This was also the reason for the Wehmacht to have put these captured vehicles to use. When France was liberated in 1944, the production of the type was re-established. The new machines, known as the Panhard 178B, differed by having a new gun turret. While the prototype vehicle was armed with a 75mm cannon, the production ones got 47mm cannons instead. The French military deployed the Panhards in France, Africa, Madagascar and Vietnam. Some of the vehicles went also to Syria where they remained in service until the 1960s.

The high quality ICM model of the Panhard 178 is joined here by a new turret of the 1/78 version, a couple of interior details, exterior parts specific for the 178B variety and weighed wheel tyres. The 47mm cannon barel is turned from metal. The 75mm barrel (the Panhard 178B with this sort of armament is a successful vehicle known from the WoT computer game) is resin cast. The decal sheet offers markings for French machines deployed both in Europe and overseas and for a machine fighting in Syria.

-    A version never kitted before