tatbaqui
Editor
posted on 1 year ago — updated on 1 year ago
2,681
views
Late last year Archer Fine Transfers announced that it was ceasing its use of dry transfer technology for reasons of obsolescence and difficulty in obtaining chemicals to produce such. They continue to innovate and are now back with their exclusive line of Nano Film Decals. Printed on the thinnest and strongest decal film available, here's what is currently on their catalog. 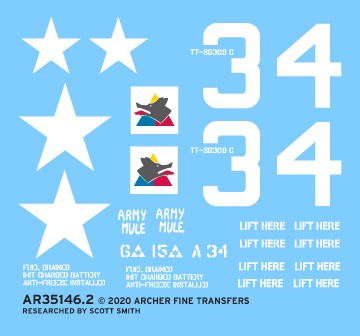 *NCF Decals , coming this February.  Thin as dry transfers, *No Clear Film Decals are applied the same as any decal but with NO clear carrier film.

Fabric Texture Appliqués. This new technology will be used on its line of flag offerings as well as with uniform patches.