varanusk
Editor
posted on 1 month ago — updated on 2 days ago
3,620
views
Kit 24085 opens the series of the kits dedicated to the subject of the Russian-Ukrainian war in 1/24 scale. 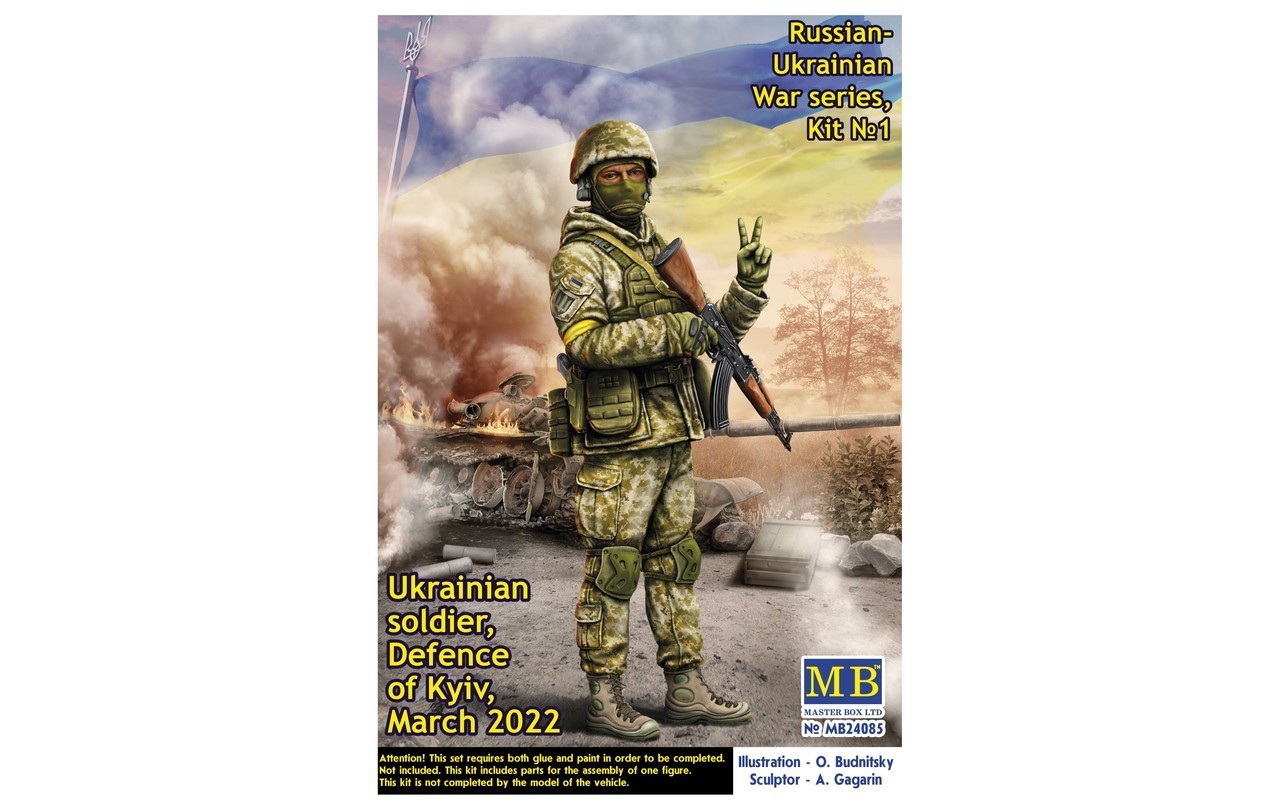 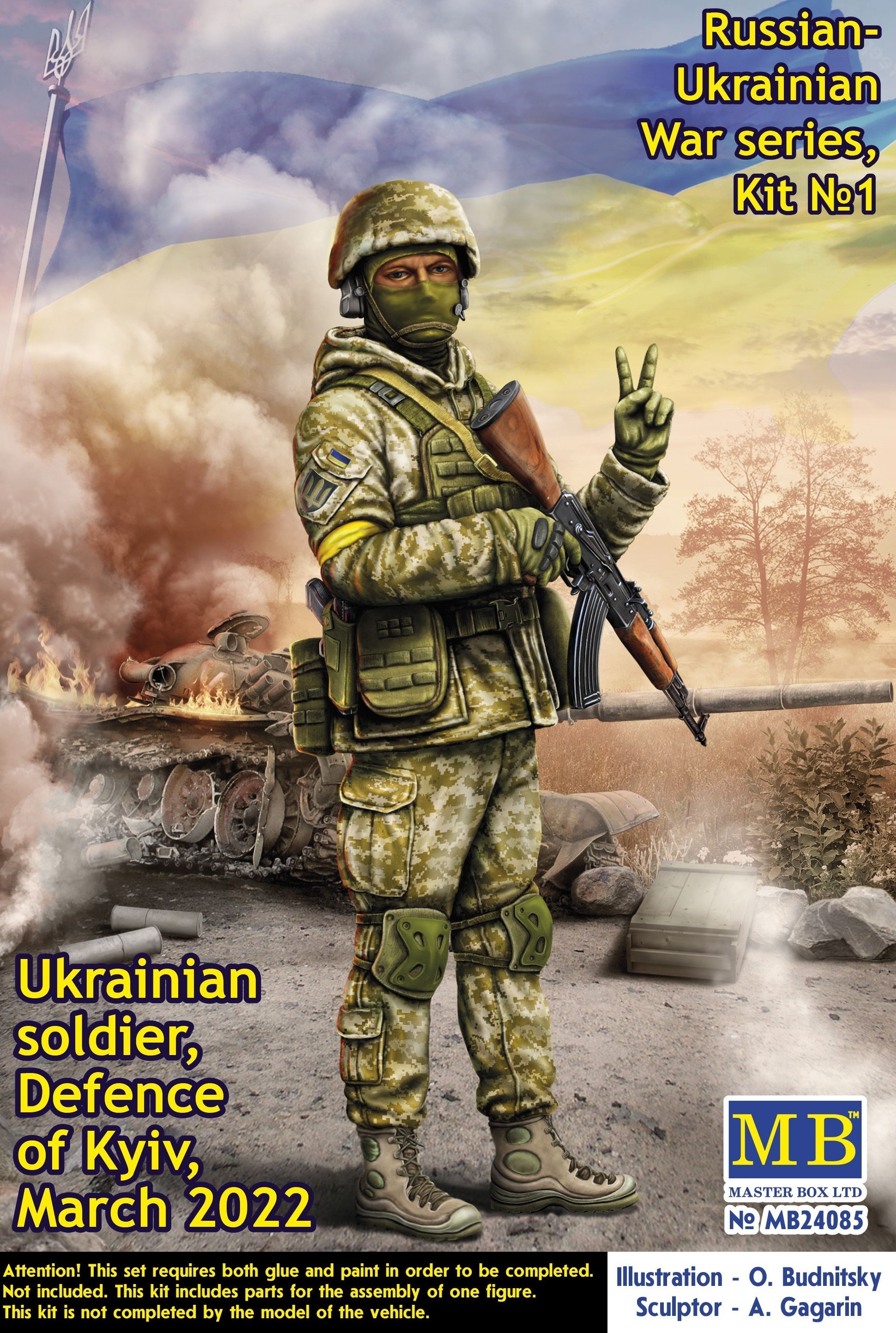 First announced in March, it is now listed as New kit of September - October.

The kit represents a moulded sprue with the parts for assembling one figure of the Armed Forces of Ukraine fighter. The fighter is made in winter uniform for March 2022, during the most difficult and, at the same time, the most successful battles for Kyiv, the capital of Ukraine. The figure of the soldier is made in a free pose, with a hand raised in a characteristic “victory” gesture.

Two options of weapons and ammunition are offered for the modeller: the figure can be made with a Kalashnikov automatic rifle and with pouches for this weapon that is typical for the Army, or with an assault rifle M4A1 with that the Ukrainian special operations forces were armed.

The figure is made at a high artistic level and, in fact, it represents a very high-level sculptural miniature. Despite the relative simplicity of the offered composition, the kit bears the whole story.

Master Box would like to emphasize that the part of the proceeds from the sale of this kit will be used to meet the needs of the Armed Forces of Ukraine. 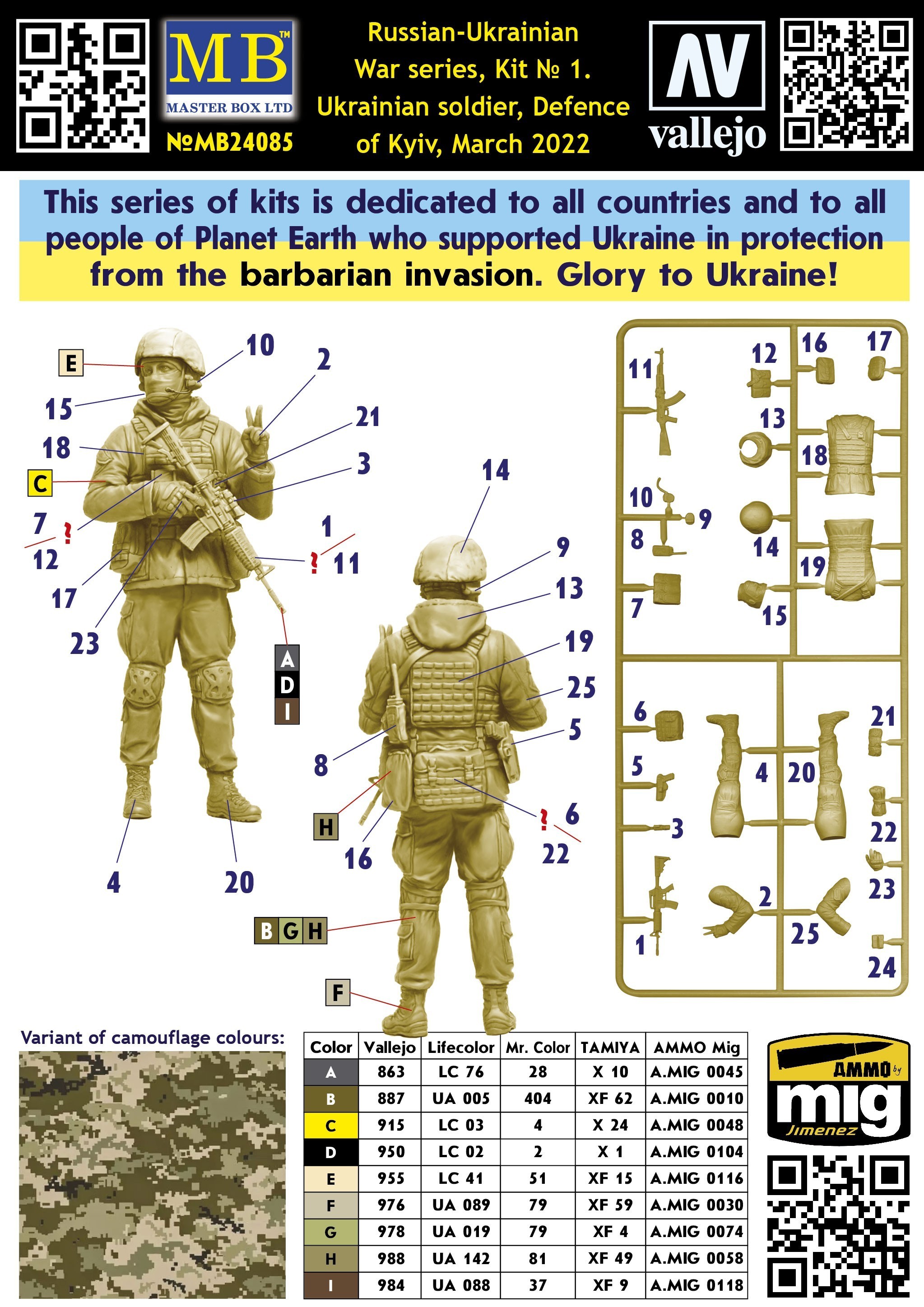 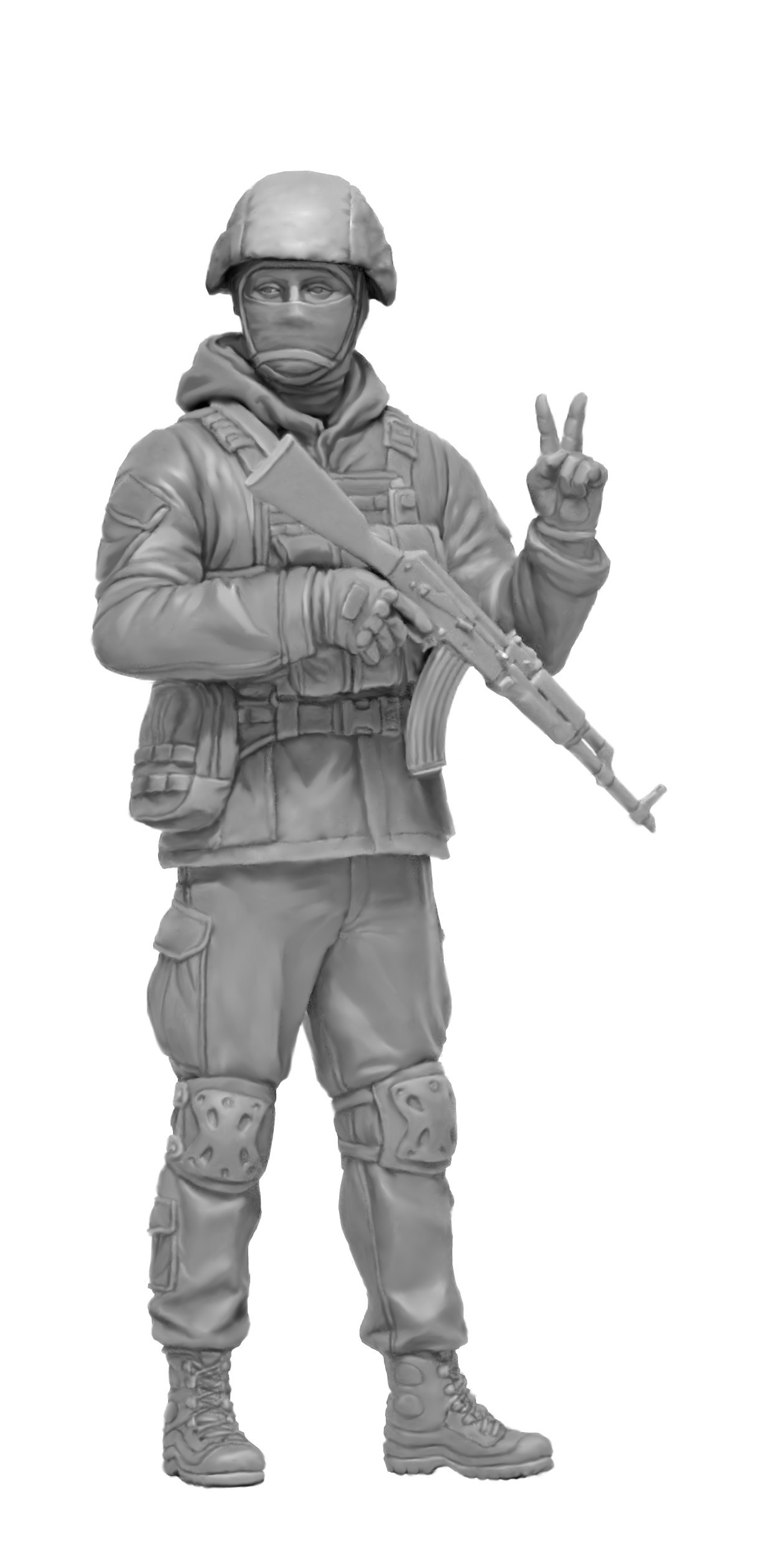