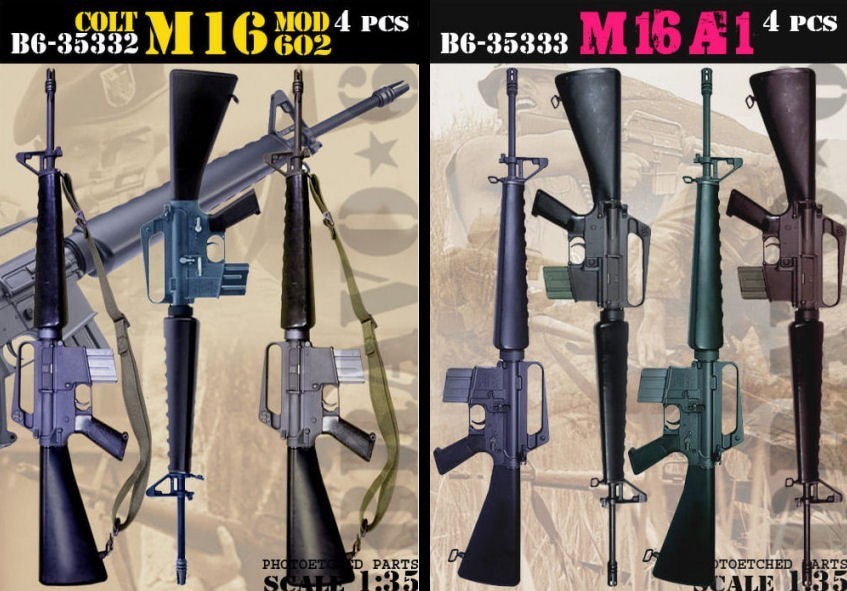 B6-35332 Colt M16 Mod 62 ; Earliest model of the rifle used by USAF with three prong flash hider and without forward assist.

B6-35333 Colt M16A1 ; Standard rifle of the United States soldiers during Vietnam War with birdcage flash hider and forward assist.

Each kit includes 4 rifles and each rifle has a bonus spare magazine under the handguard. 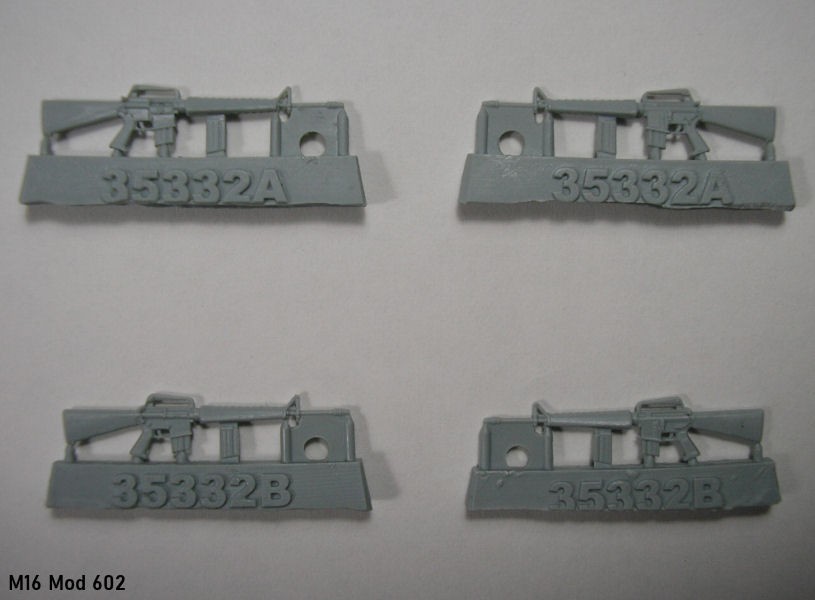 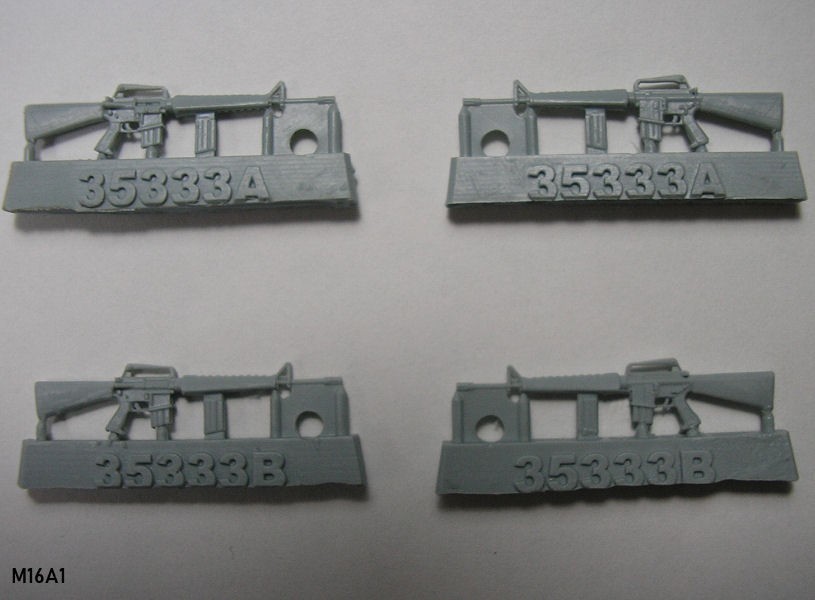 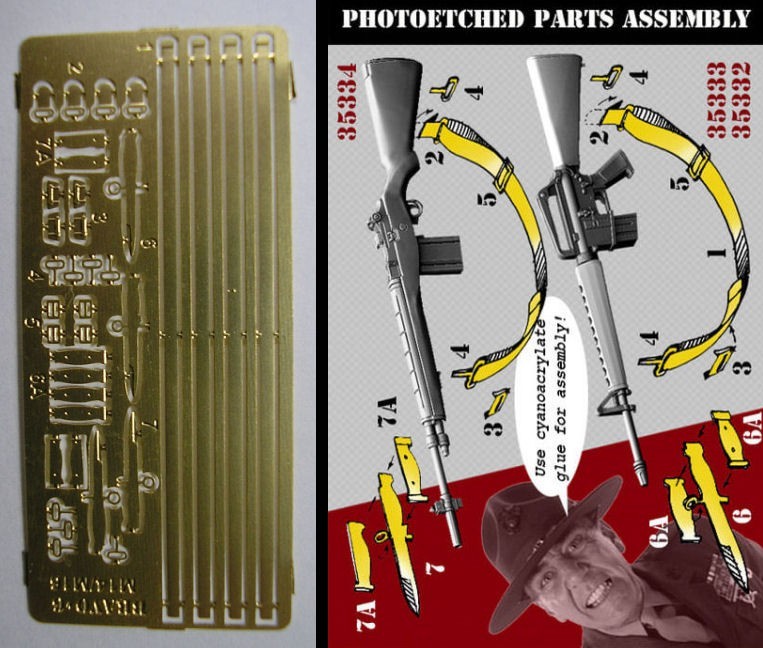 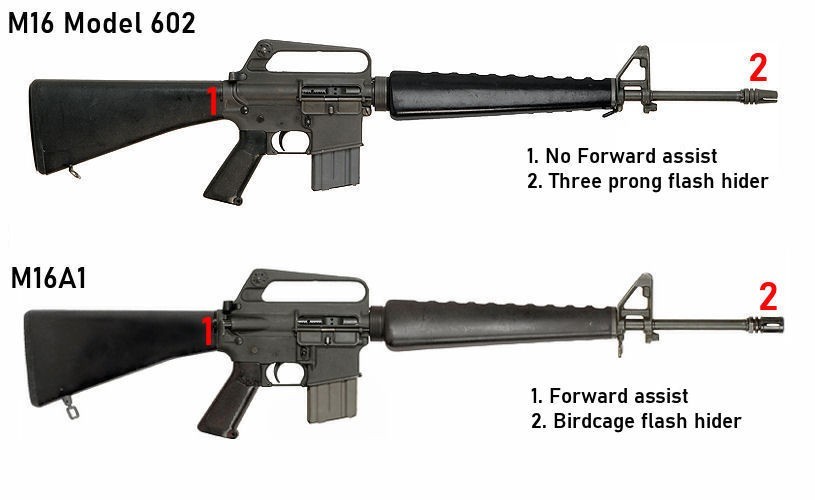 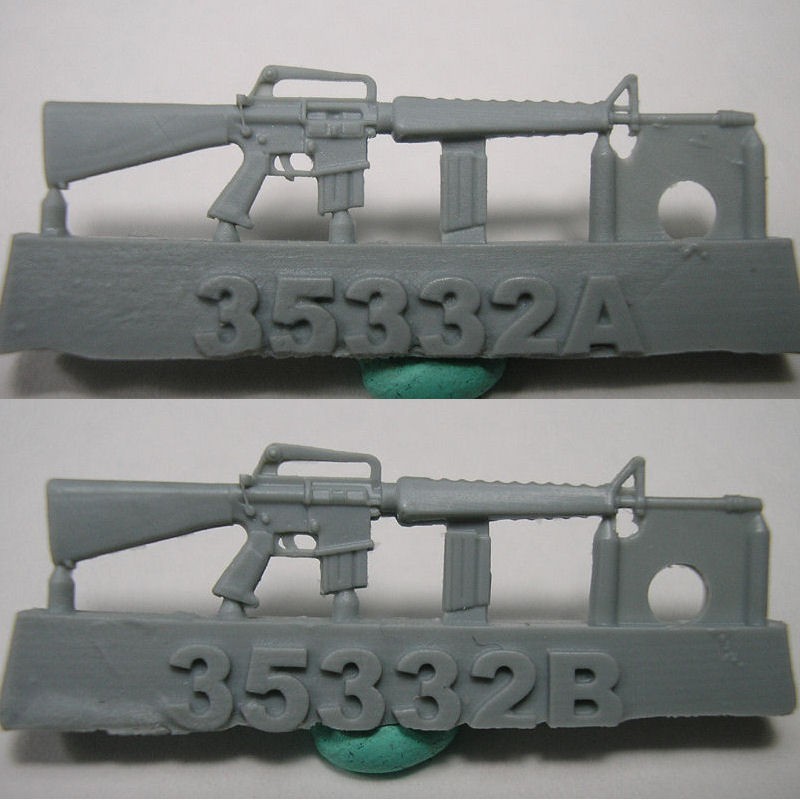 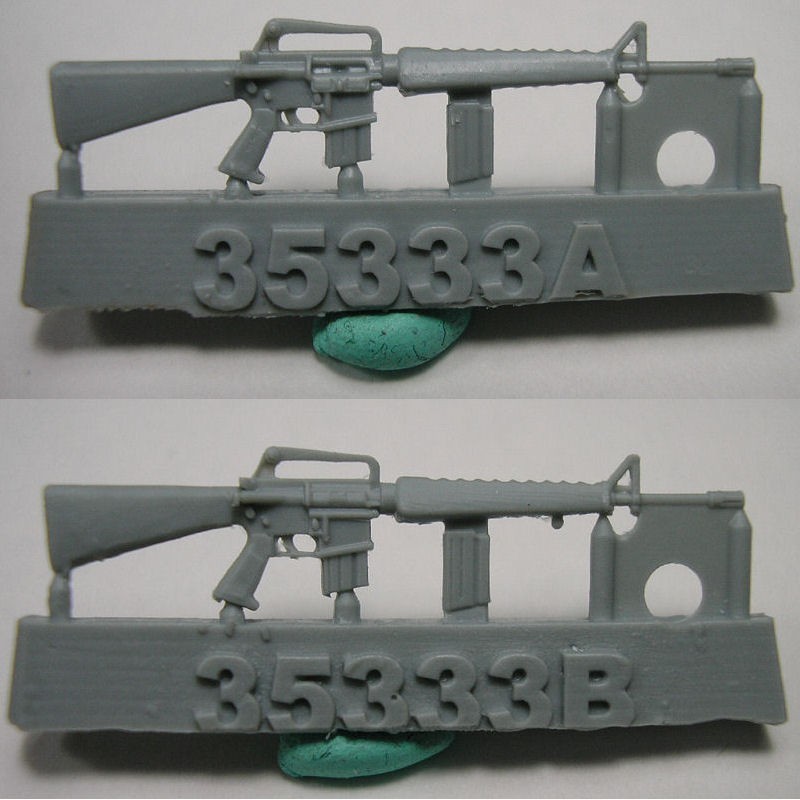 Thanks to Vladimir Demchenko for the review samples. 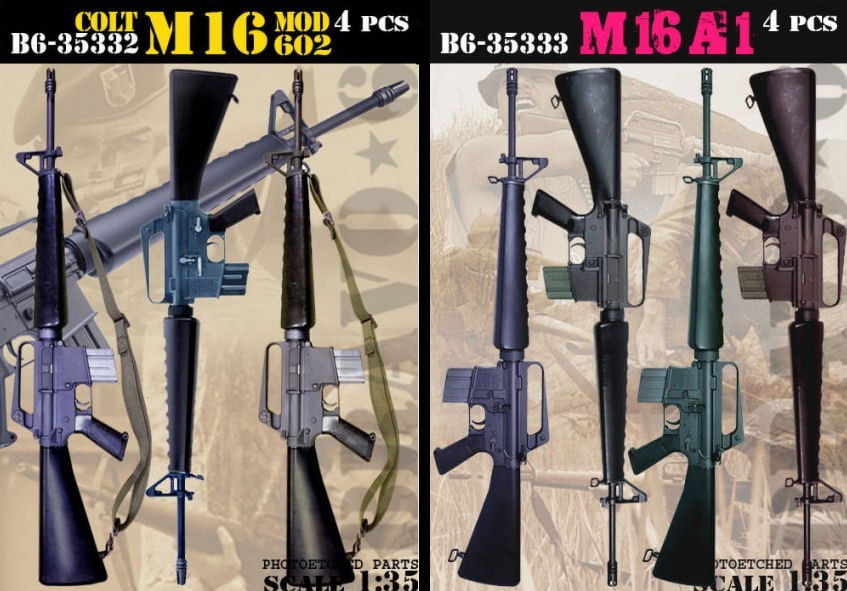