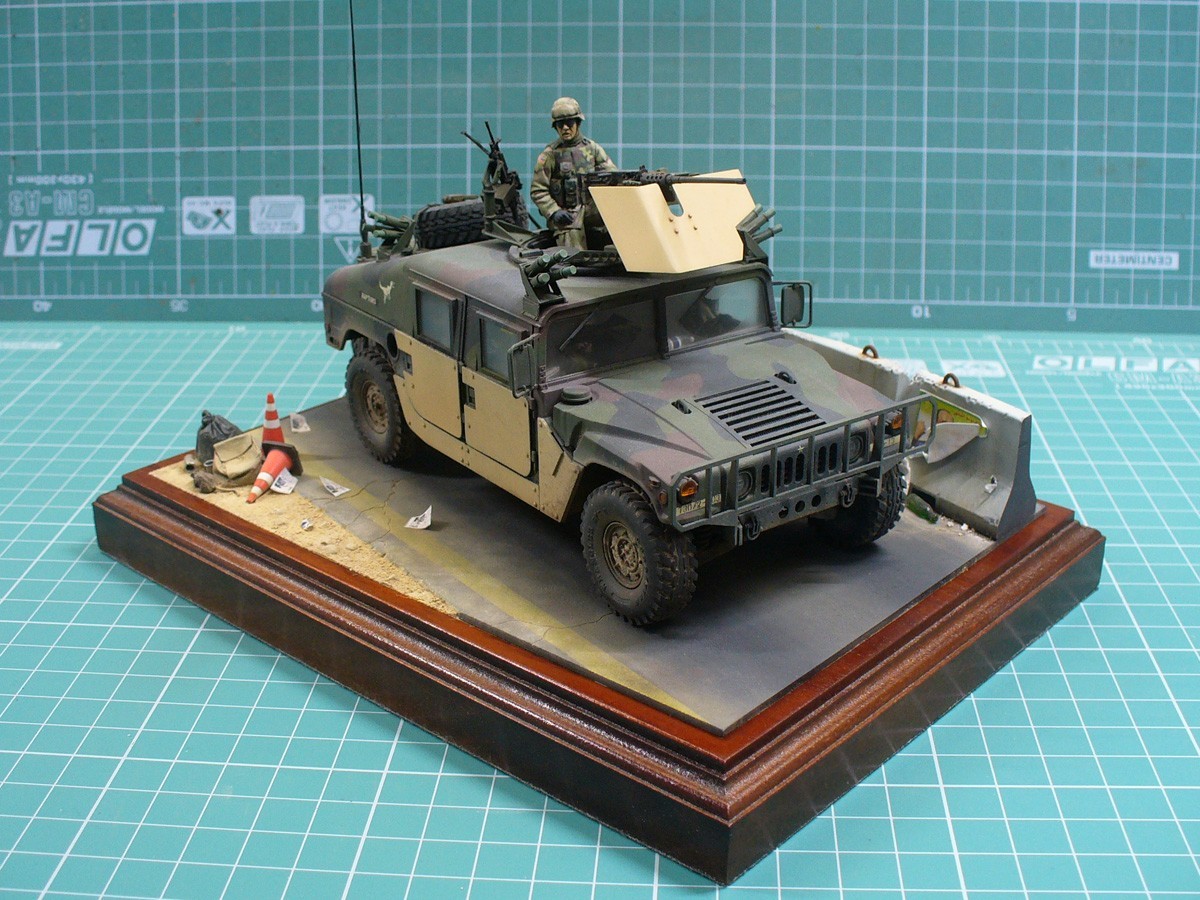 This is one of my older builds, but now that I finally finished a base for it, I can finally display it as a build feature here on Armorama.

The kit is Tamiya M1025 Humvee, which was bought along with number of Blast Models update sets to model a early OIF vehicle. I started detailing the interior by adding some PE parts from Eduard and building several details from scratch. 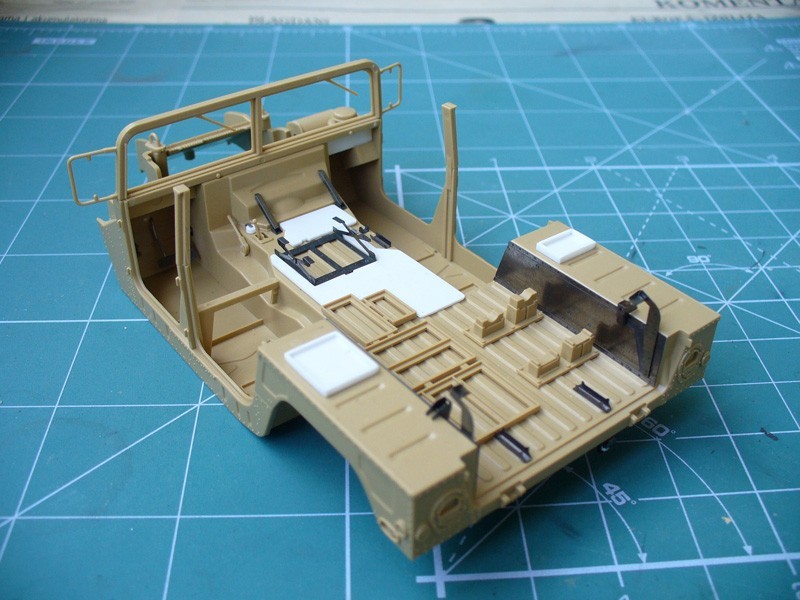 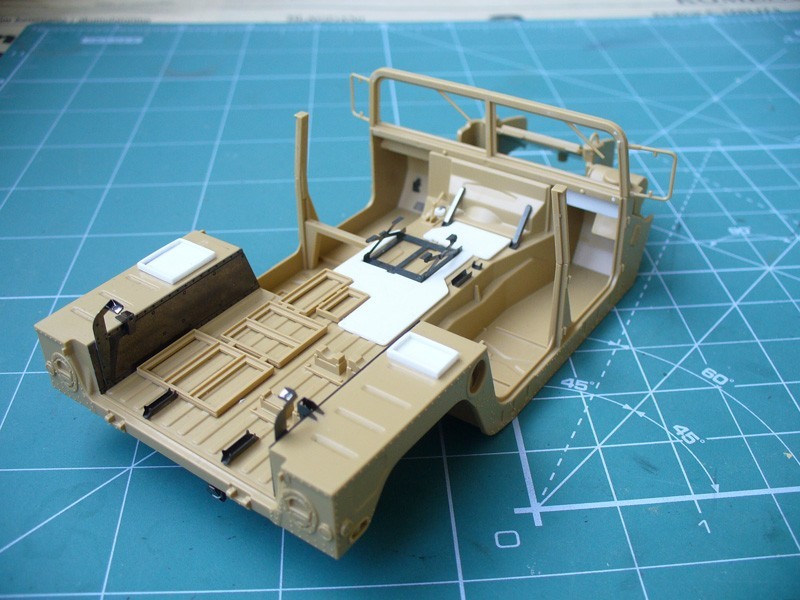 I really like working on vehicle interiors, adding stowage and various bits and pieces, always looking for reference photos to make it as realistic as possible. I used numerous items from my spares box and SINCGARS radio set from ProArt Models. 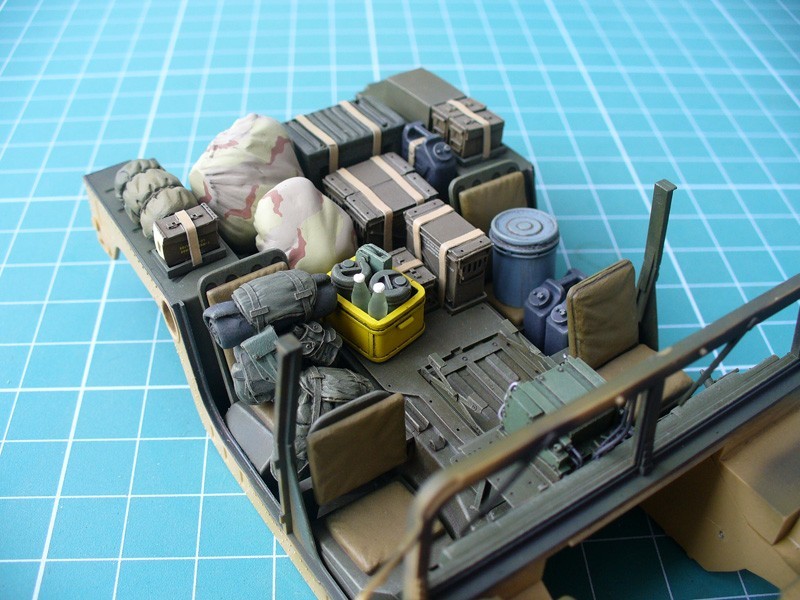 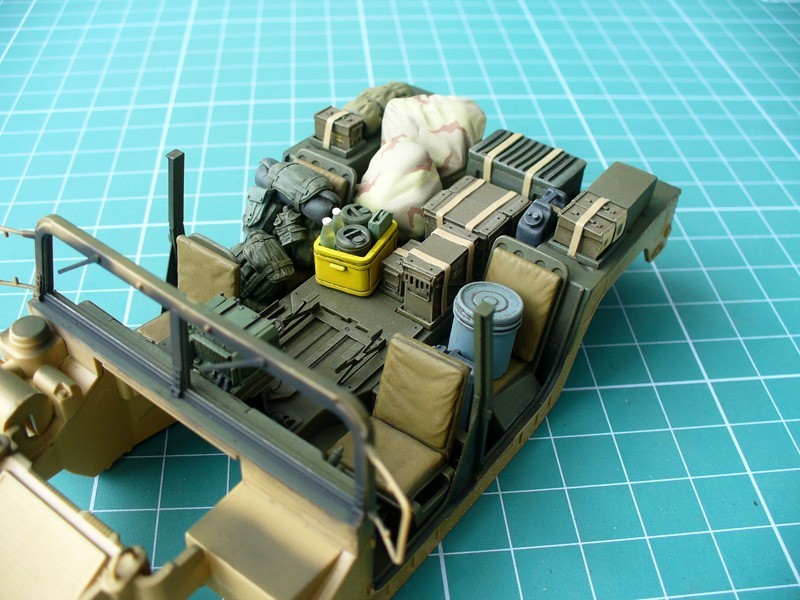 I have seen paracord stretched below the Humvee roof for hanging various things on. I tried replicating that, with some wiring and radio handset hanging. 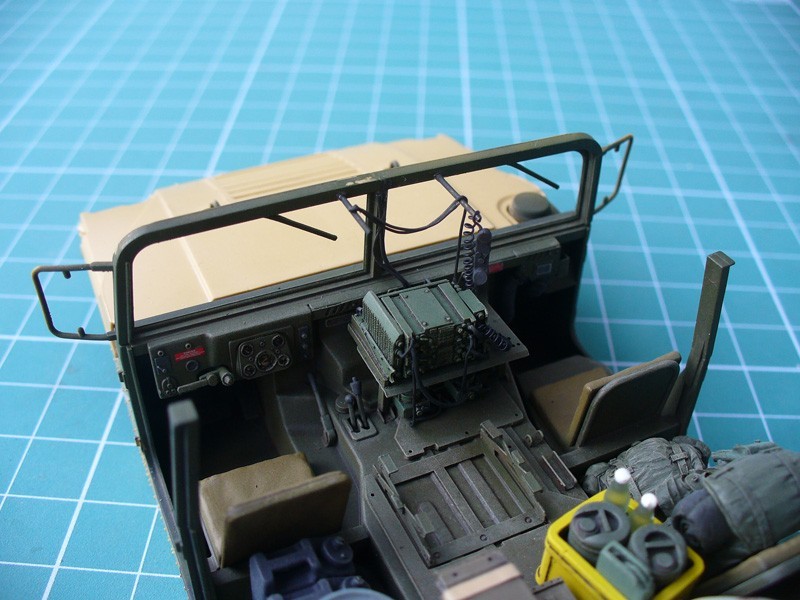 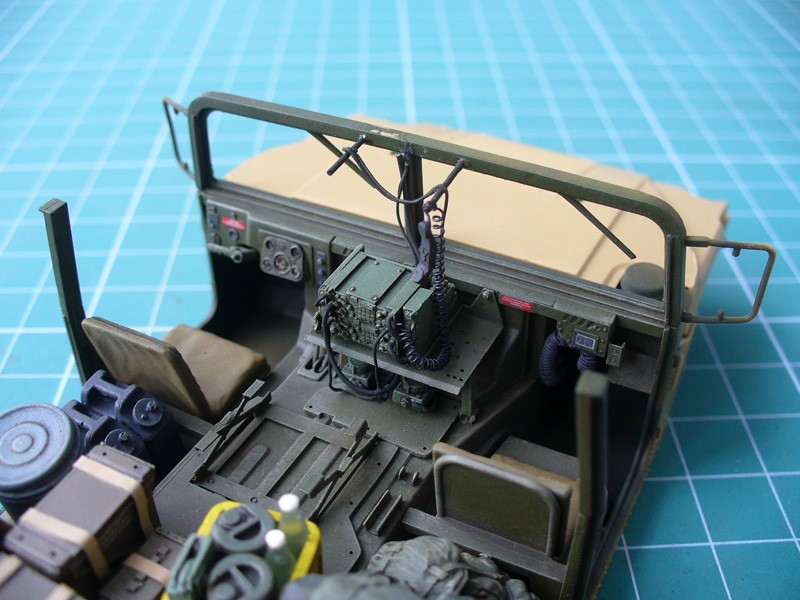 I used Nemrod figures with the Humvee. I knew the company had quite a range of early OIF figures, but I didn't know much about them before ordering a set. Turned out these were quality figures which fit well to Tamiya model. I had fun painting camouflage patterns and added some Echelon patches (shoulder flags and 4th ID patches) provided by a friend. 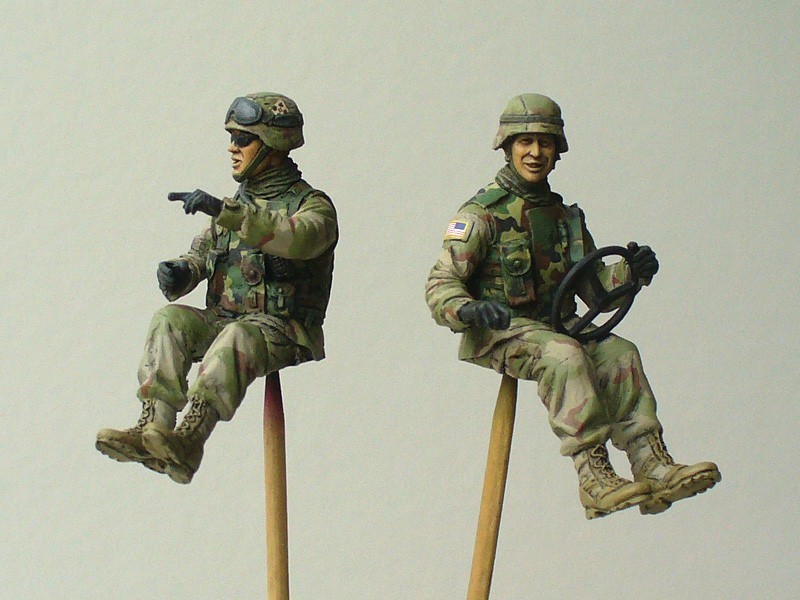 The figures were fixed to their seats and some extra bits added to the interior. After a course of weathering I called the interior done! 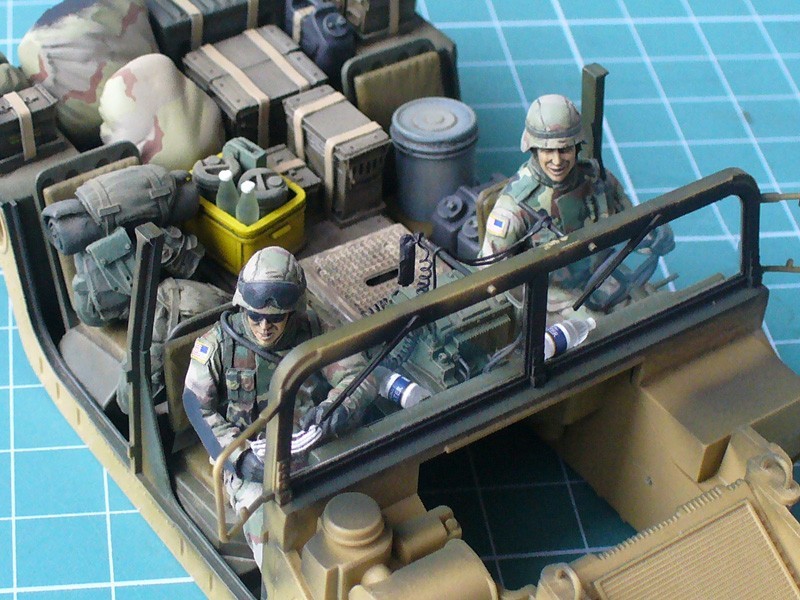 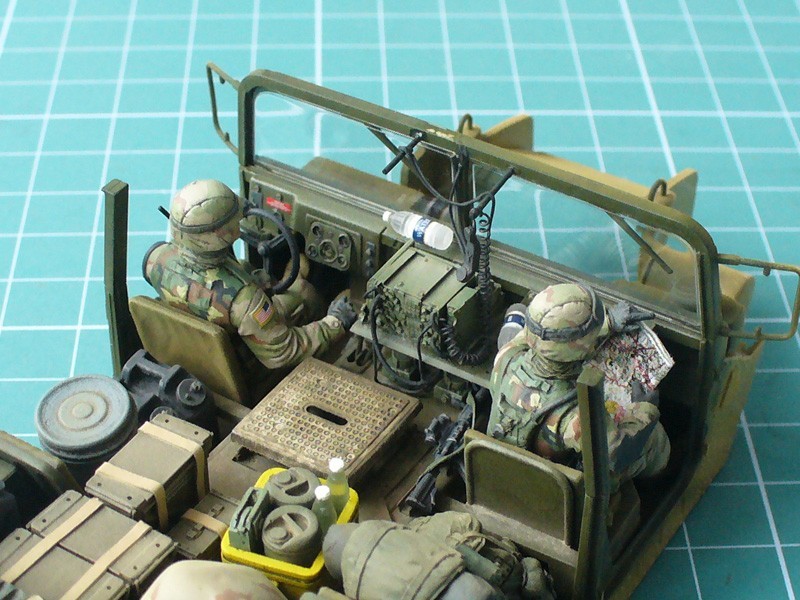