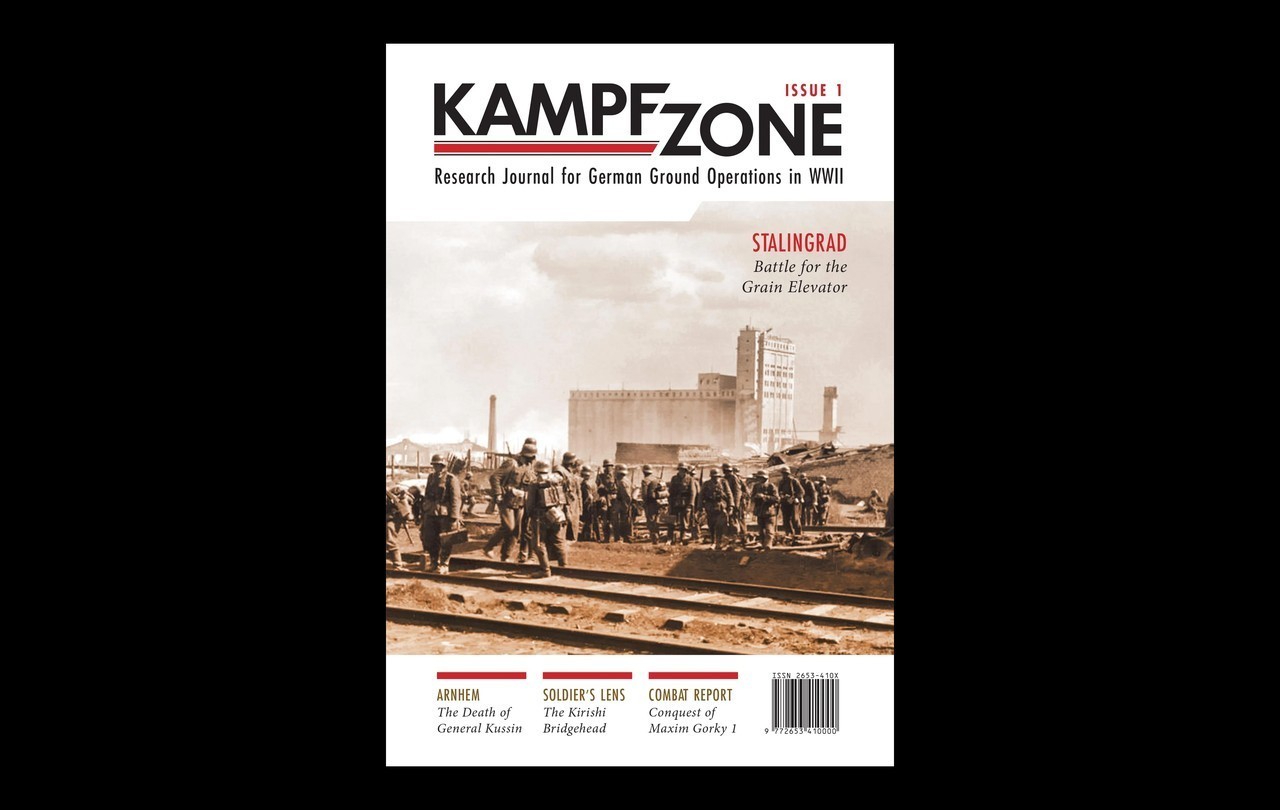 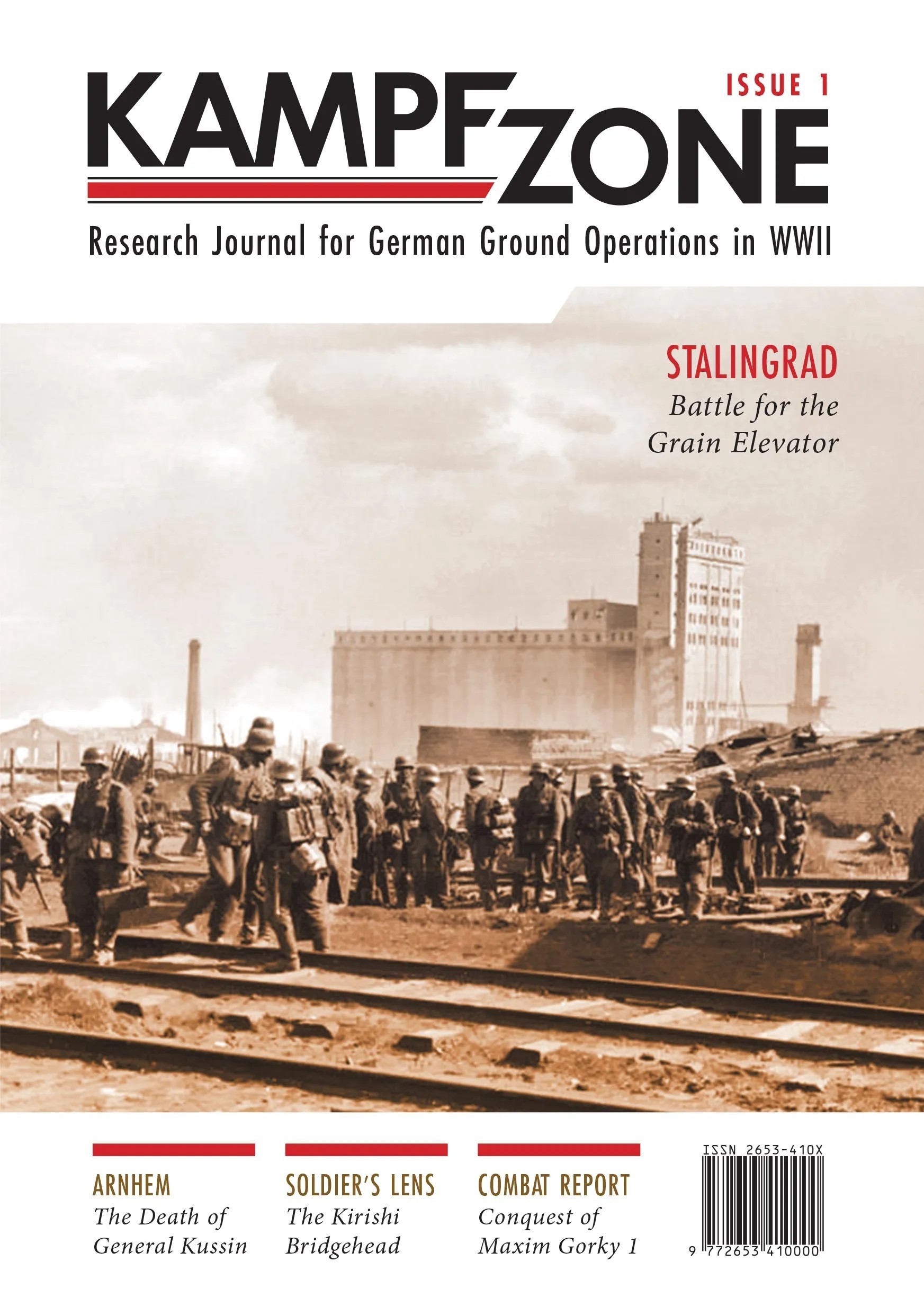 The contents of the first issue are:

Stalingrad: Battle for the Grain Elevator
by Jason Mark
The judicious use of German and Russian sources allows the real story of the iconic Grain Elevator to emerge for the first time.
Over 11,000 words, 28 photos, 2 maps and 1 aerial photo

Arnhem: Death of General Kussin
by Scott Revell
Death made him famous but why was he at the crossroads on the first day of Operation Market Garden? And who else was with him?
Over 4500 words, 7 photos and 1 map

Historical Investigation – Unfairly Besmirched? Hauptmann Leopold von Hütz
by Jason Mark
An officer accused of cowardice and self-injury in the Stalingrad pocket goes on to win the Knight’s Cross. But was the accusation fair?
Almost 8800 words and 12 photos

In Their Words – Aachen: A Civilian’s Perspective
by Richard Hargreaves
Hans Königs, a building inspector, recorded his impressions as Aachen became the first German city to be captured by Allied forces.
Over 2400 words and 4 photos

Soldier’s Lens – The Kirishi Bridgehead: Inf.Rgt.489, August-October 1942
Photo report of the grim stalemate in a Volkhov River bridgehead as viewed through the camera lens of an infantrymen.
19 photos and 2 maps