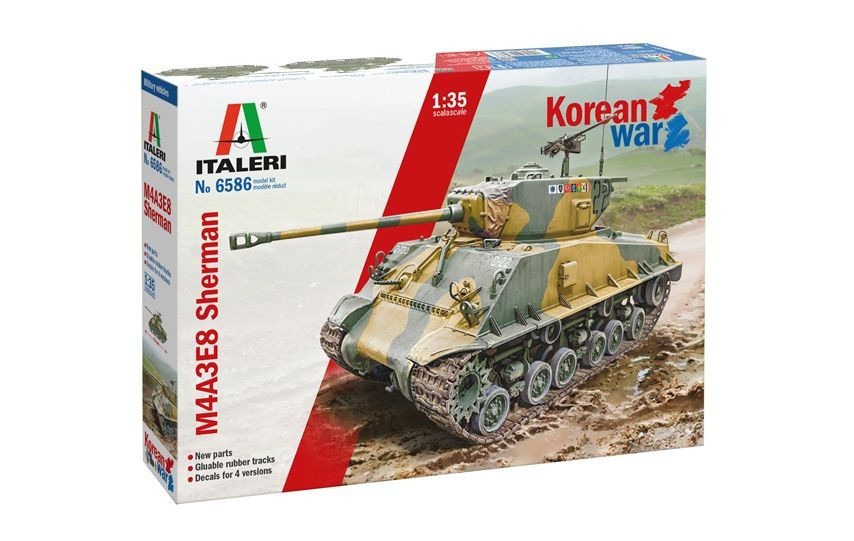 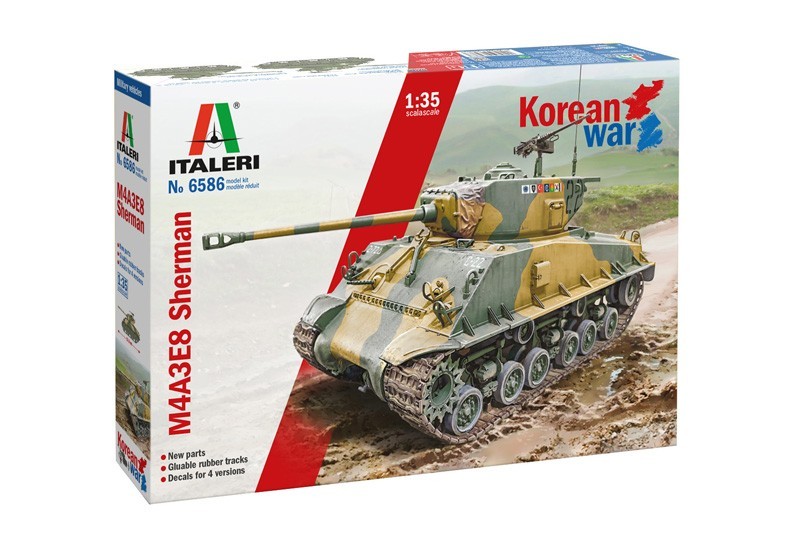 The M4 Sherman medium tank was the primary tank used by the United States during World War II. It has been produced in a significant number of units ant it formed the backbone of United States armored forces during at those time. It has been produced in several variants and versions The production of the M4A3E8 versions started at the end of 1944. The M4A3E8, adopting the nickname Easy Eight, took several technical improvements enhancing the Sherman operational effectiveness. The 76mm M1 high velocity gun had been flanked by a new horizontal volute spring suspension (HVSS) system able to ensure a improved driving condition and to guarantee a higher speed. The “easy eight” participated in the final stages of the Second World War and took an active part in the Korean War, alongside the M26 Pershing and M46 Patton 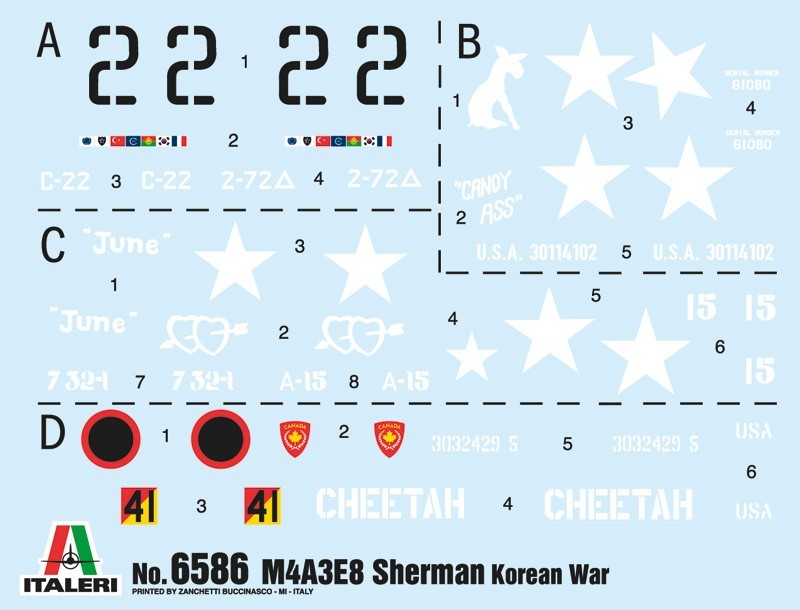 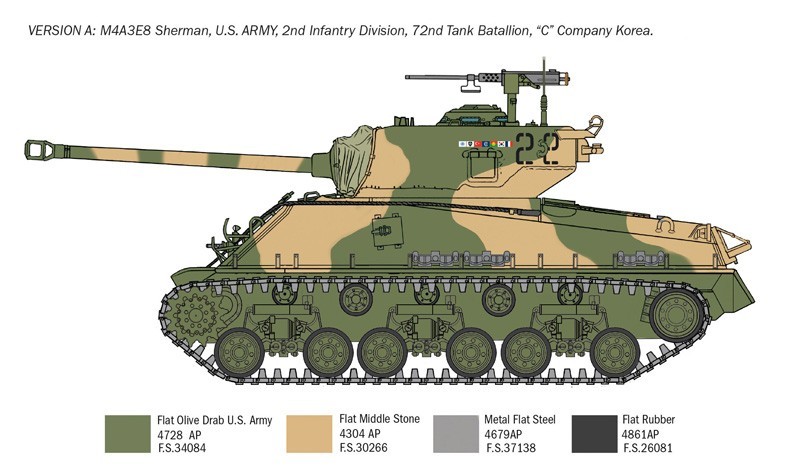 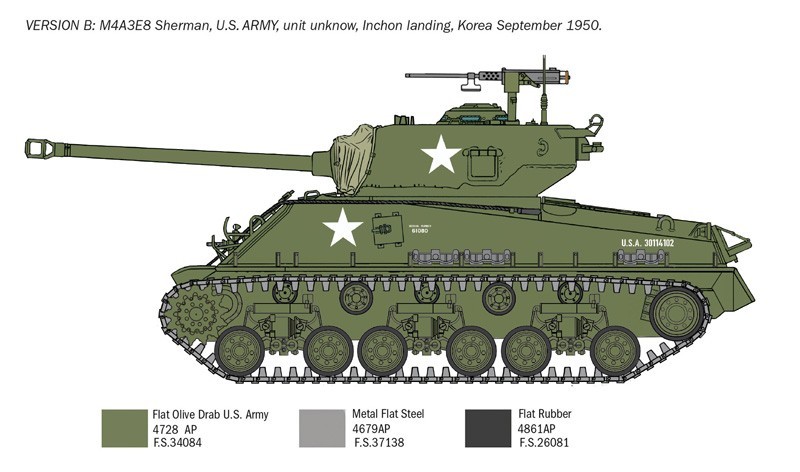 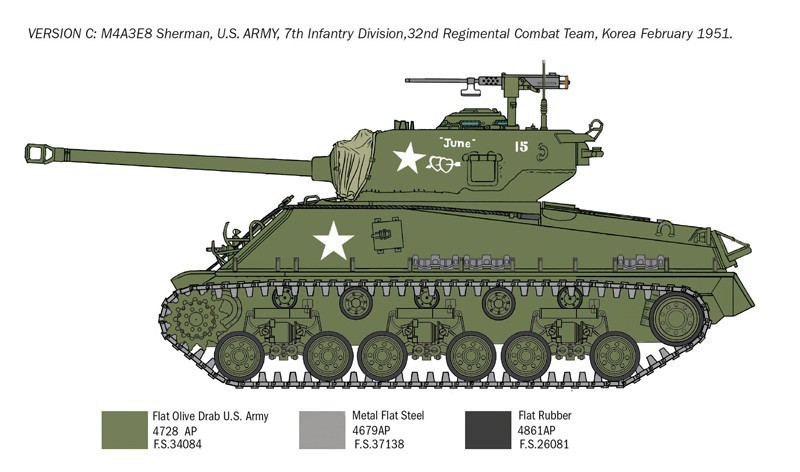 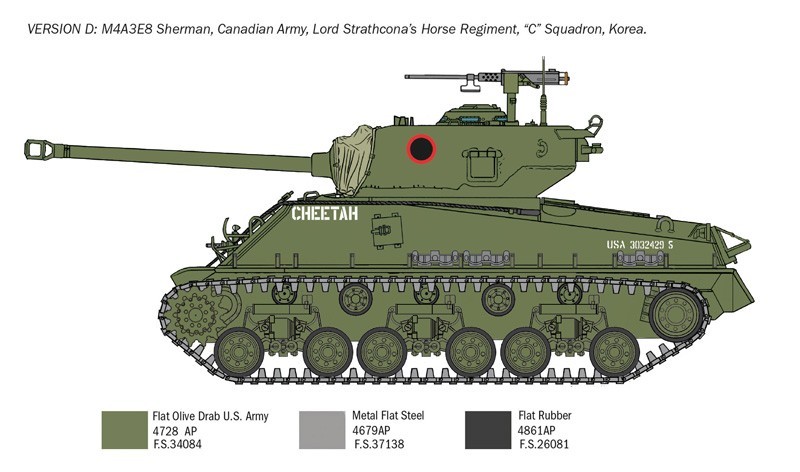 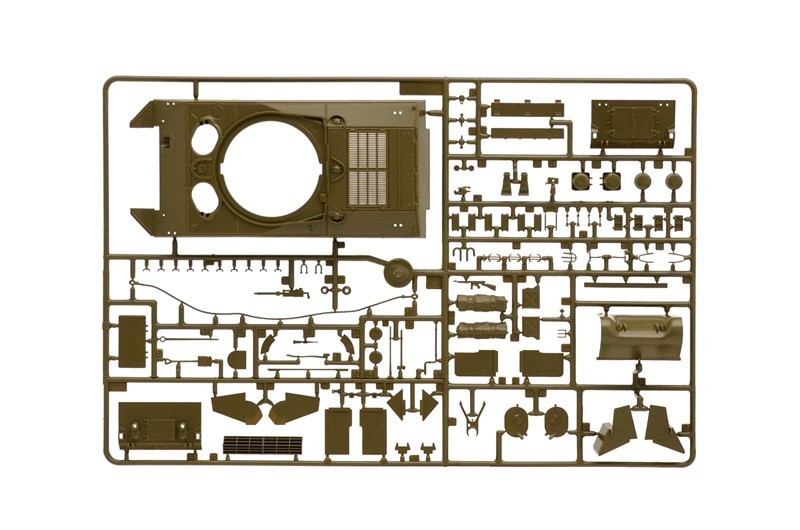 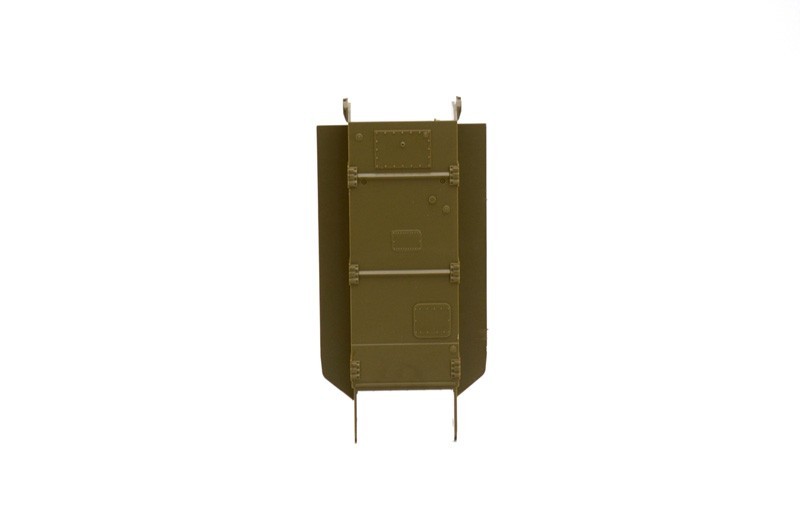 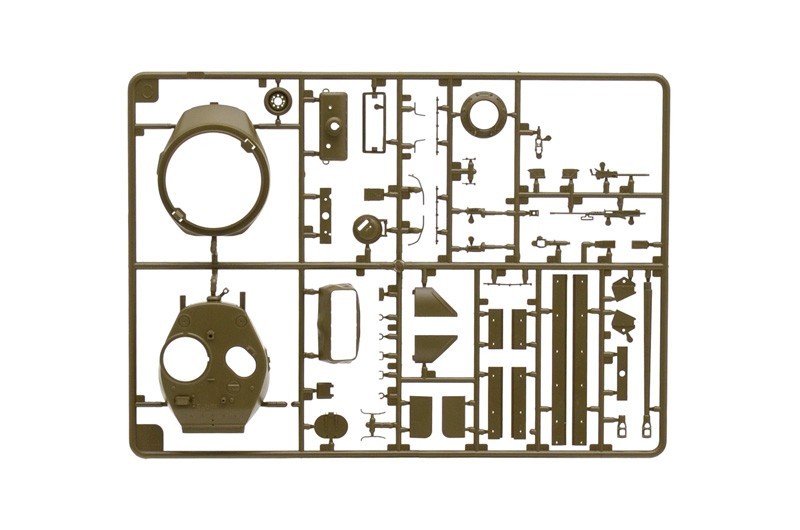 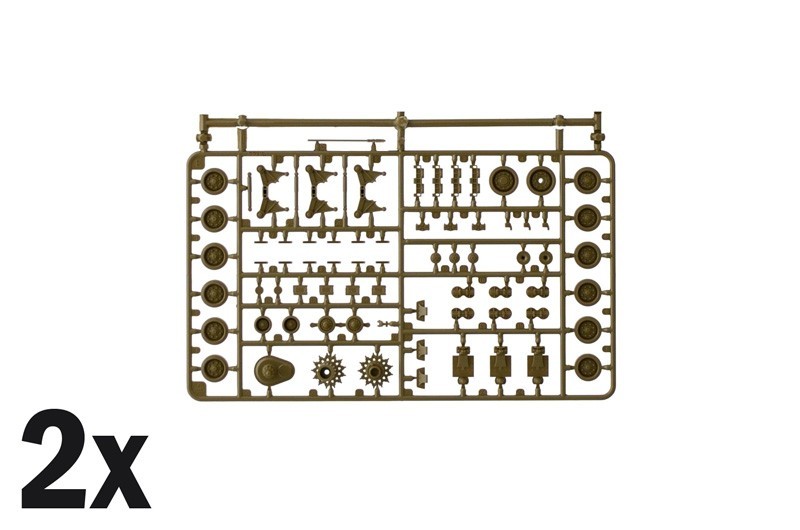 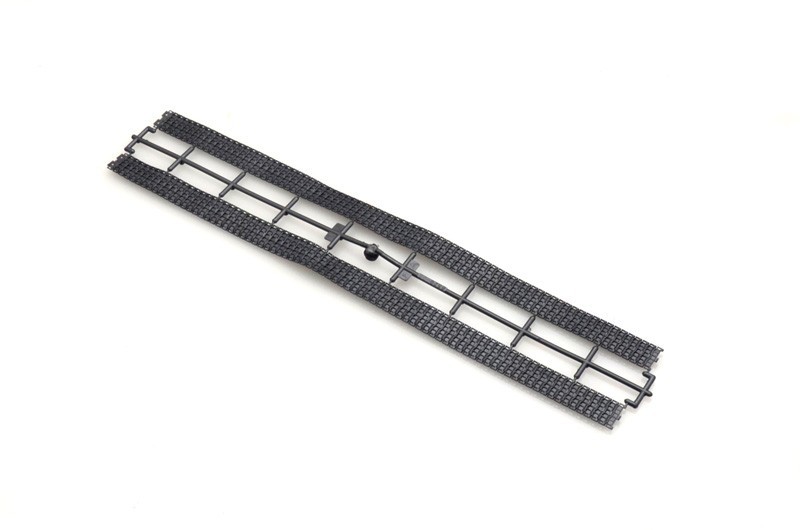 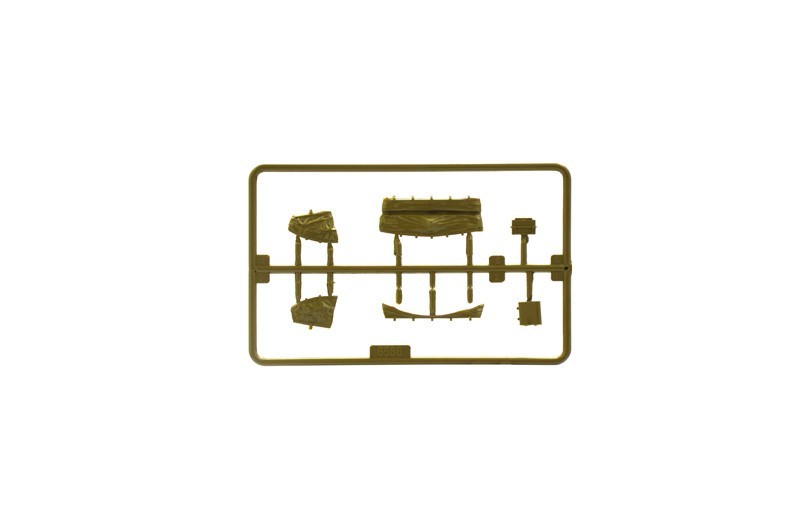