varanusk
Editor
posted on 1 month ago — updated on 3 weeks ago
3,288
views
Italeri releases again their Pz.Kpfw.IV F1/F2/G with some changes 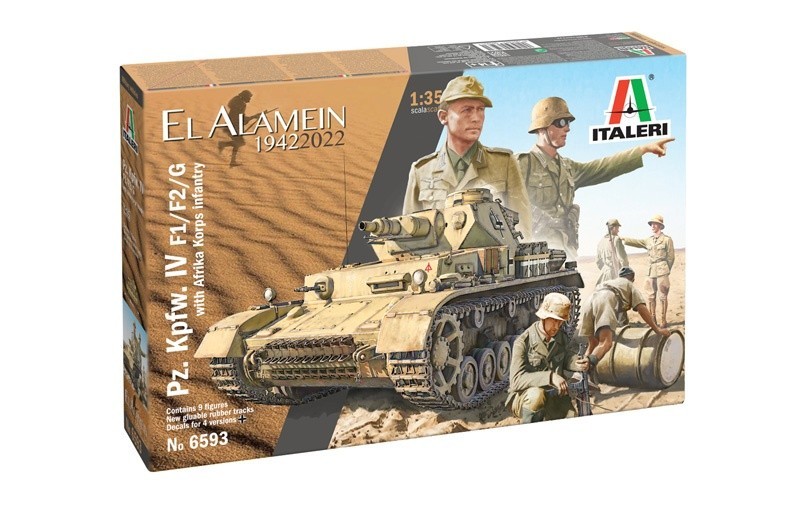 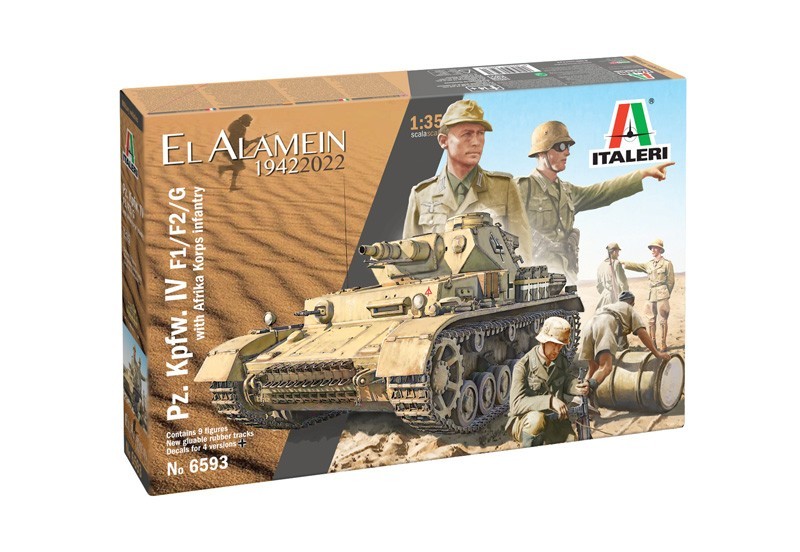 This kit features new gluable tracks and comes with decals for 4 vehicles in Africa. It has also nine figures.

The Panzer IV was the most extensively used German tank during the Second World War. It represented the “backbone” of the German Panzer Divisions on all operational theaters. The production of Panzer IV Ausf. F, started in 1941, marked a decisive boost in the evolution of the tank. It featured an improved armor on the turret and hull. The first version of Panzer IV F,  featuring the traditional 7.5 cm. KwK 37 short-barreled cannon,  were not able to fight successfully against the Soviet T-34 and KV-1 heavy armored tank.  The adoption of the anti-tank design KwK 40 long-barreled cannon, on the Ausf. F2 version, has decisively increased the Panzer IV effectiveness against enemy tanks. Thanks to its new high velocity and high penetration gun, the Panzer IV became, once again, “lethal” on the battlefields. They were used, albeit in limited numbers, with the 15th and 21st Panzer Divisions on the North African front. 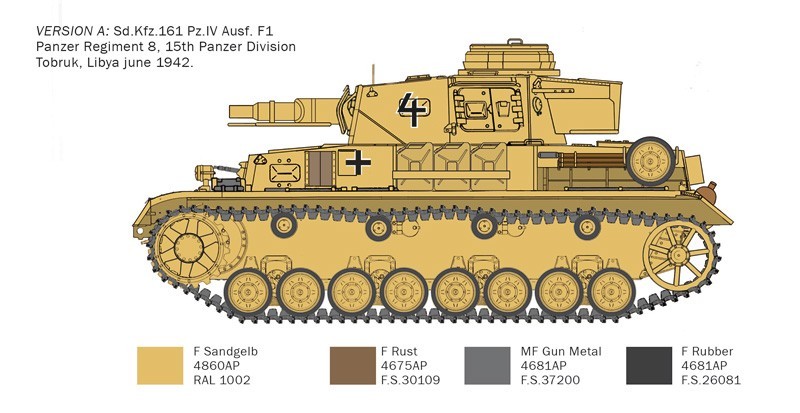 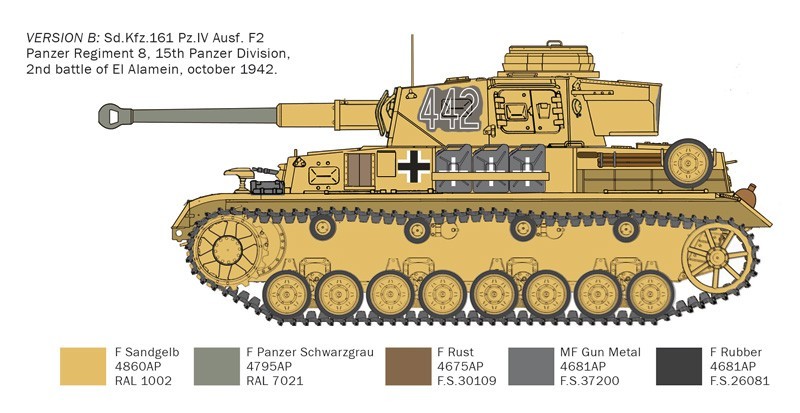 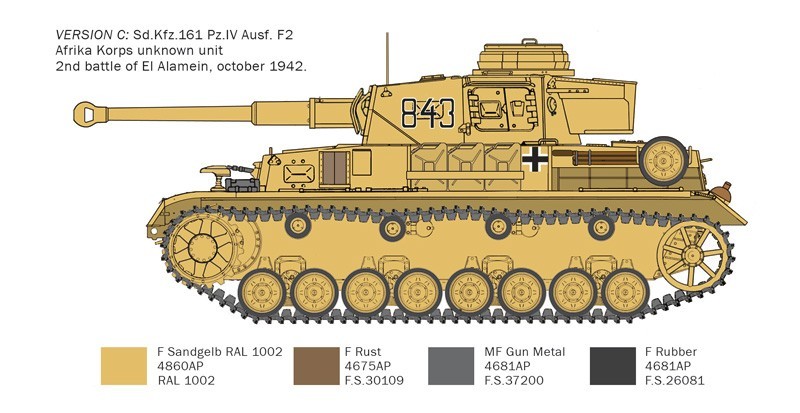 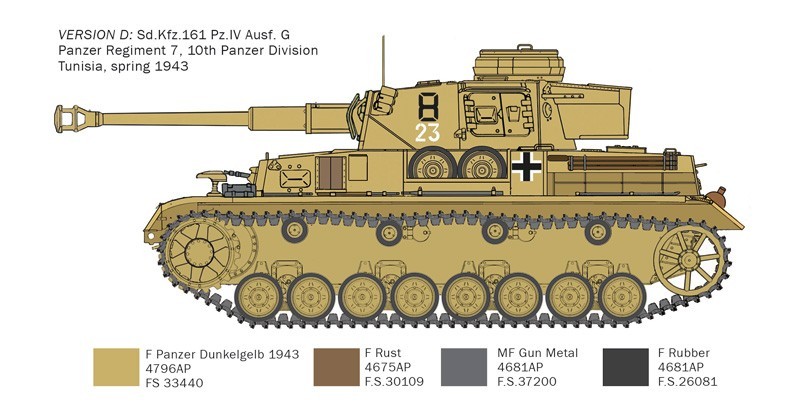 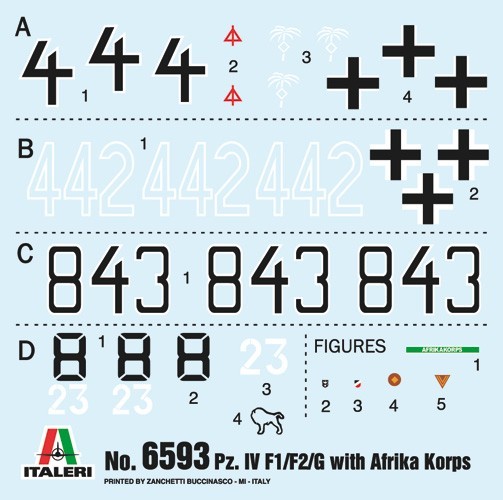 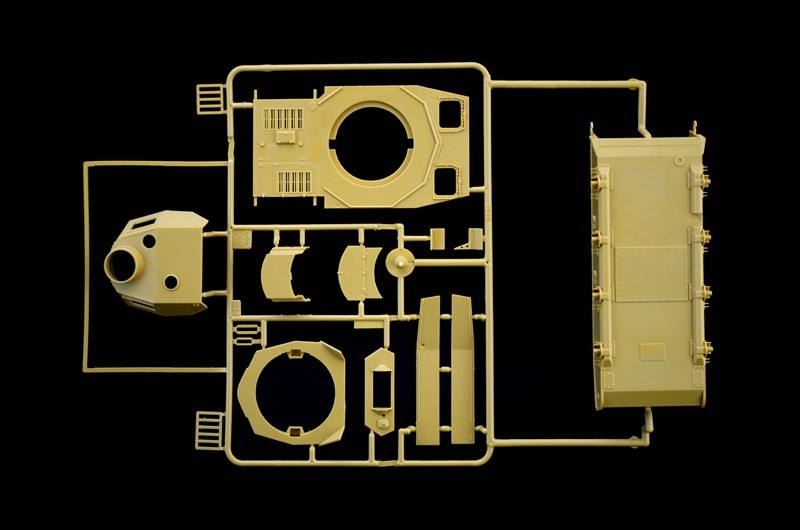 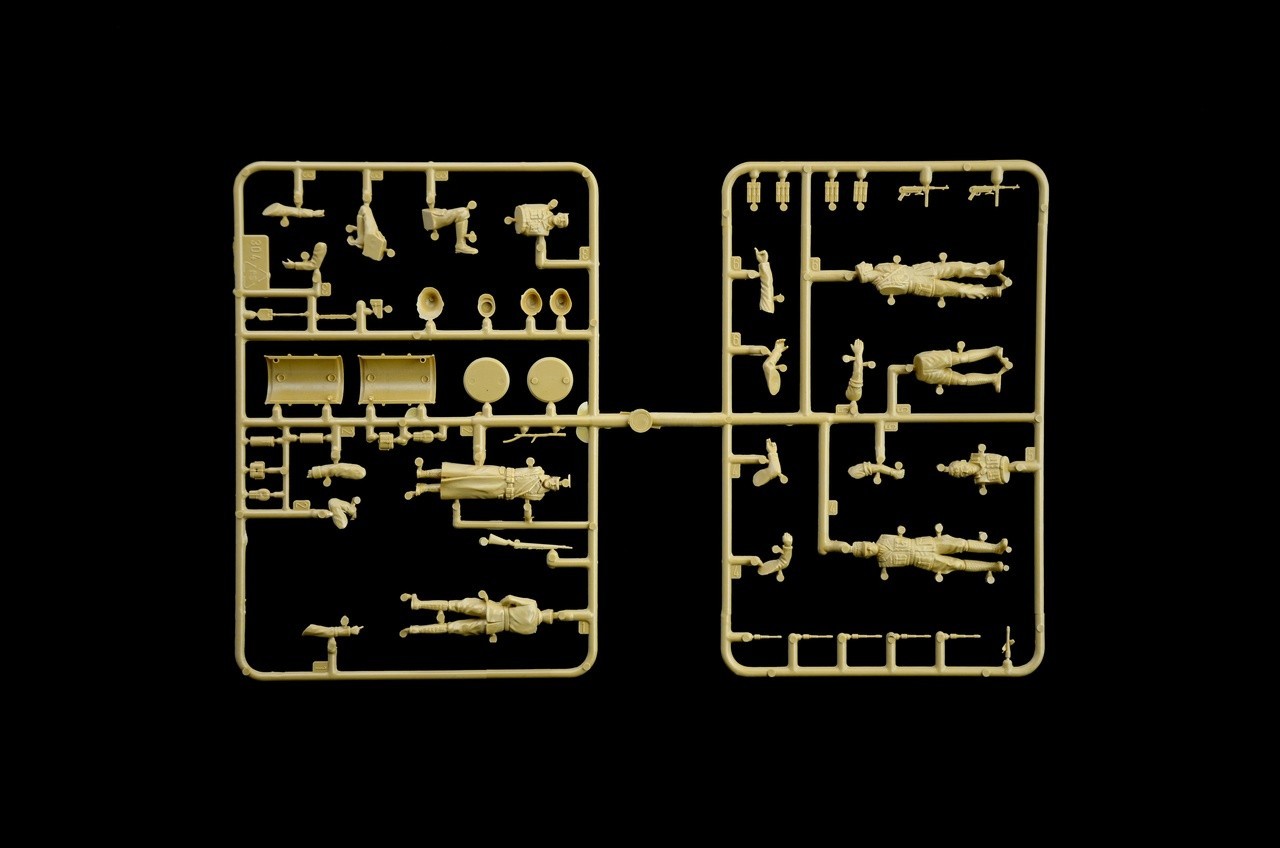 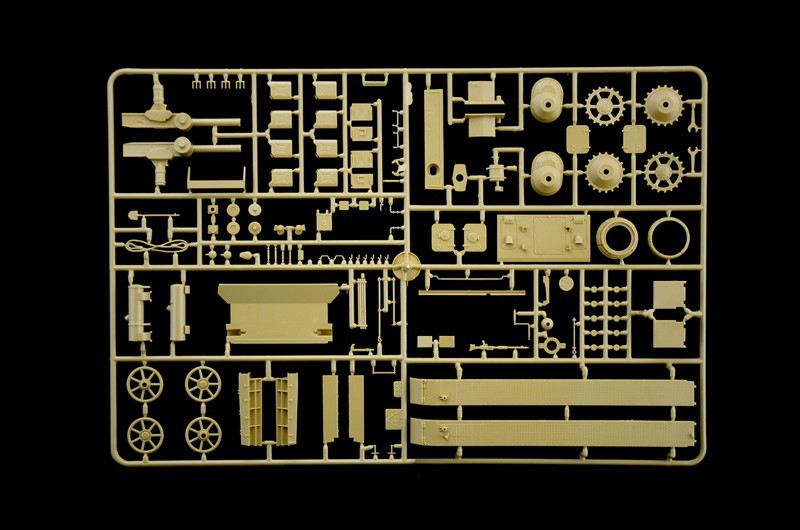 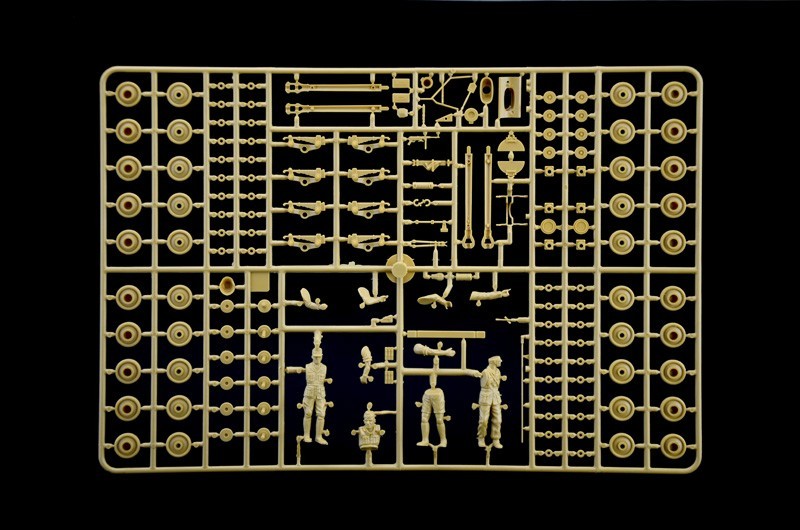 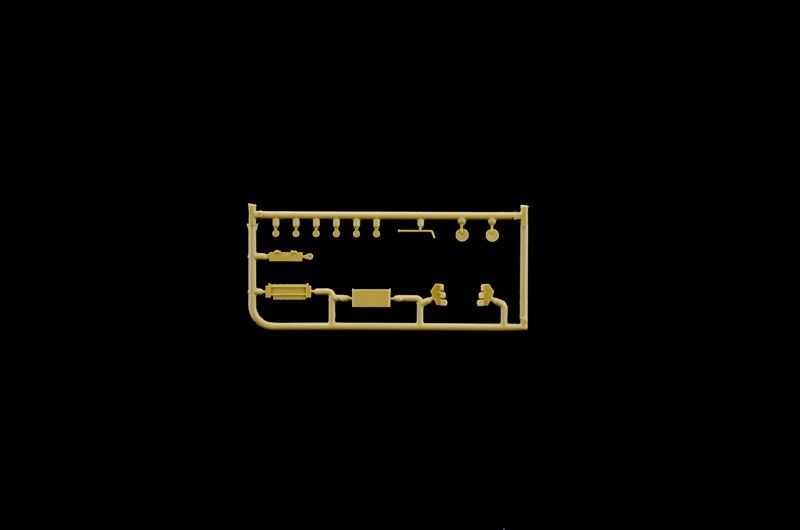 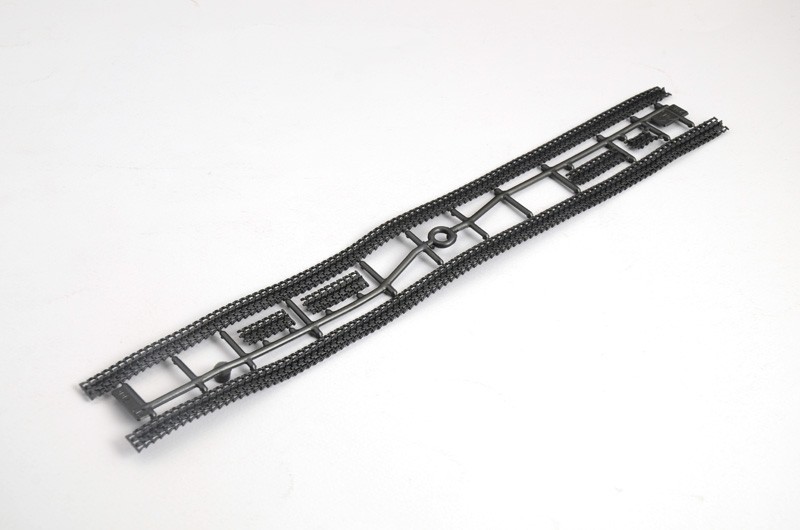