His connection to the Third Reich organisations began at an early age, when he joined the Deutsches Jungvolk.

He carried on through the Hitlerjugend, Reichs Arbeits Dienst, SS-Verfügungstruppen and finally, the Waffen-SS.

That Waffen-SS service took him through various component units of the SS-Division Das Reich, including SS-Regiments Der Führer and Langemarck, then finally the schwere Panzer Kompanie, with SS officer training at Bad Tölz during that time too.

Philipp fought with the Panzer Kompanie in Kharkov and Kursk, being killed in action on the 15th of July 1943; at that point, he was the Acting Kompanie Commander.

Besides tracing his story, his wife Else features throughout the book. Life for her and some of Philipp's Kameraden, following Philipp's death, is covered towards the end of the book. 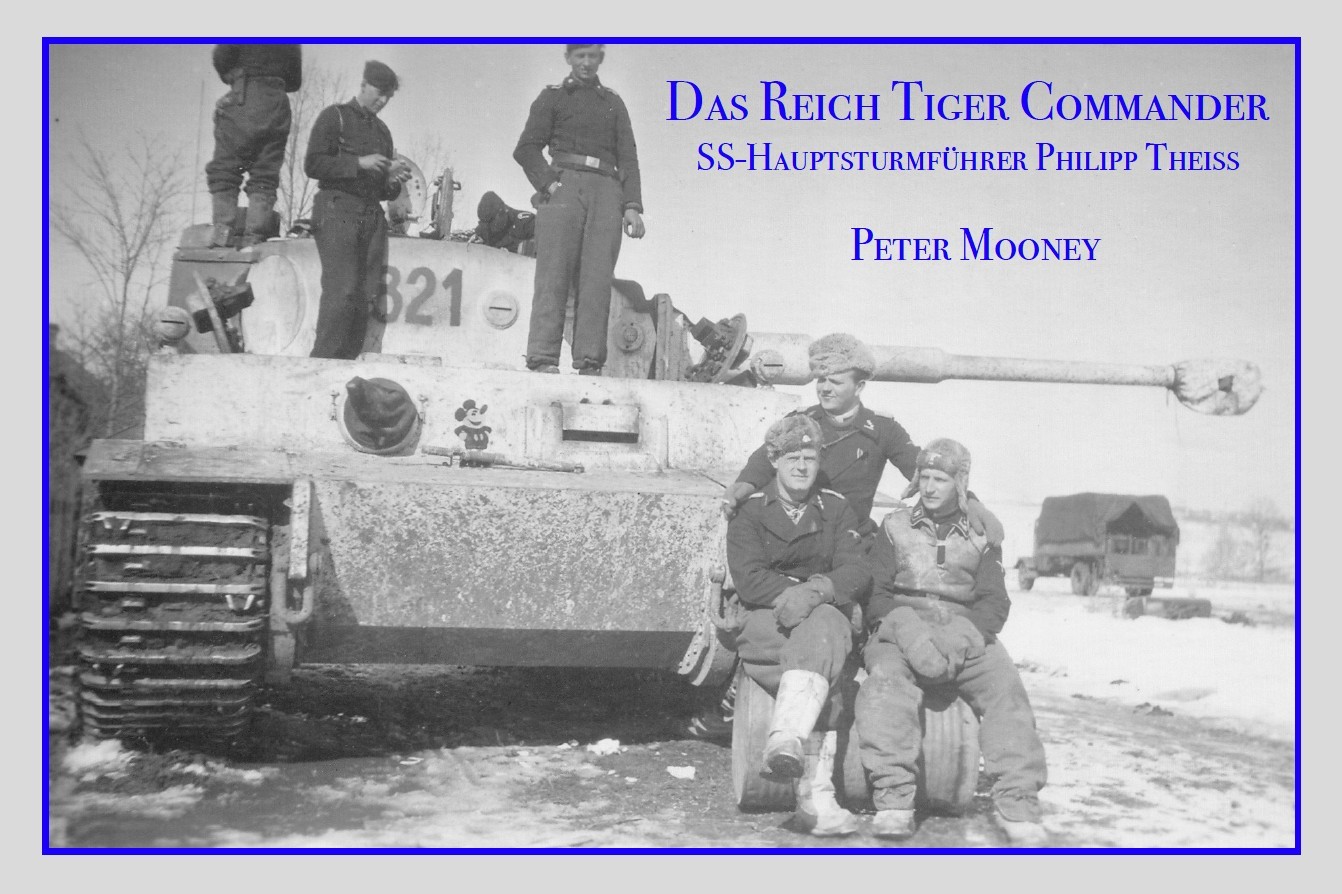 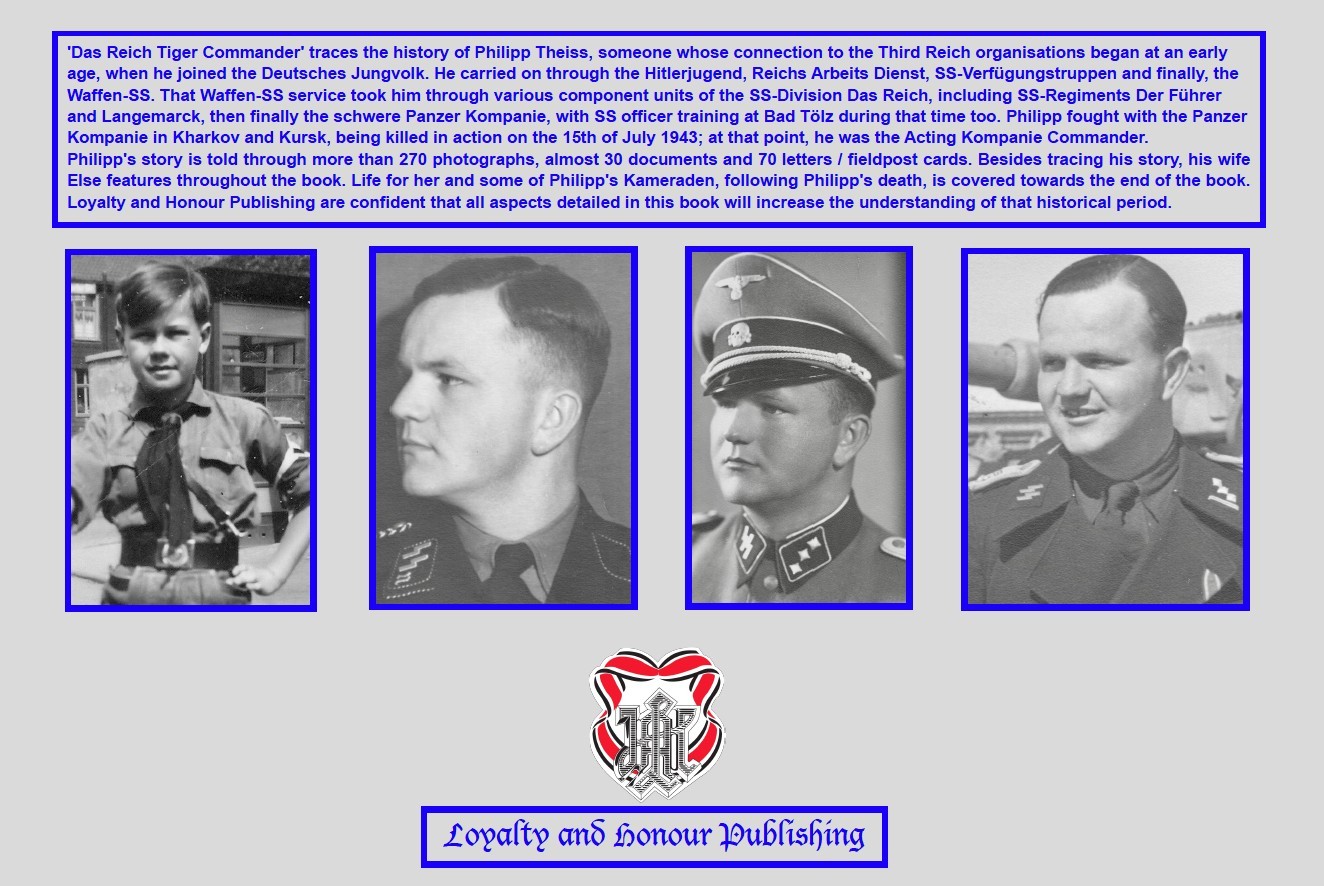 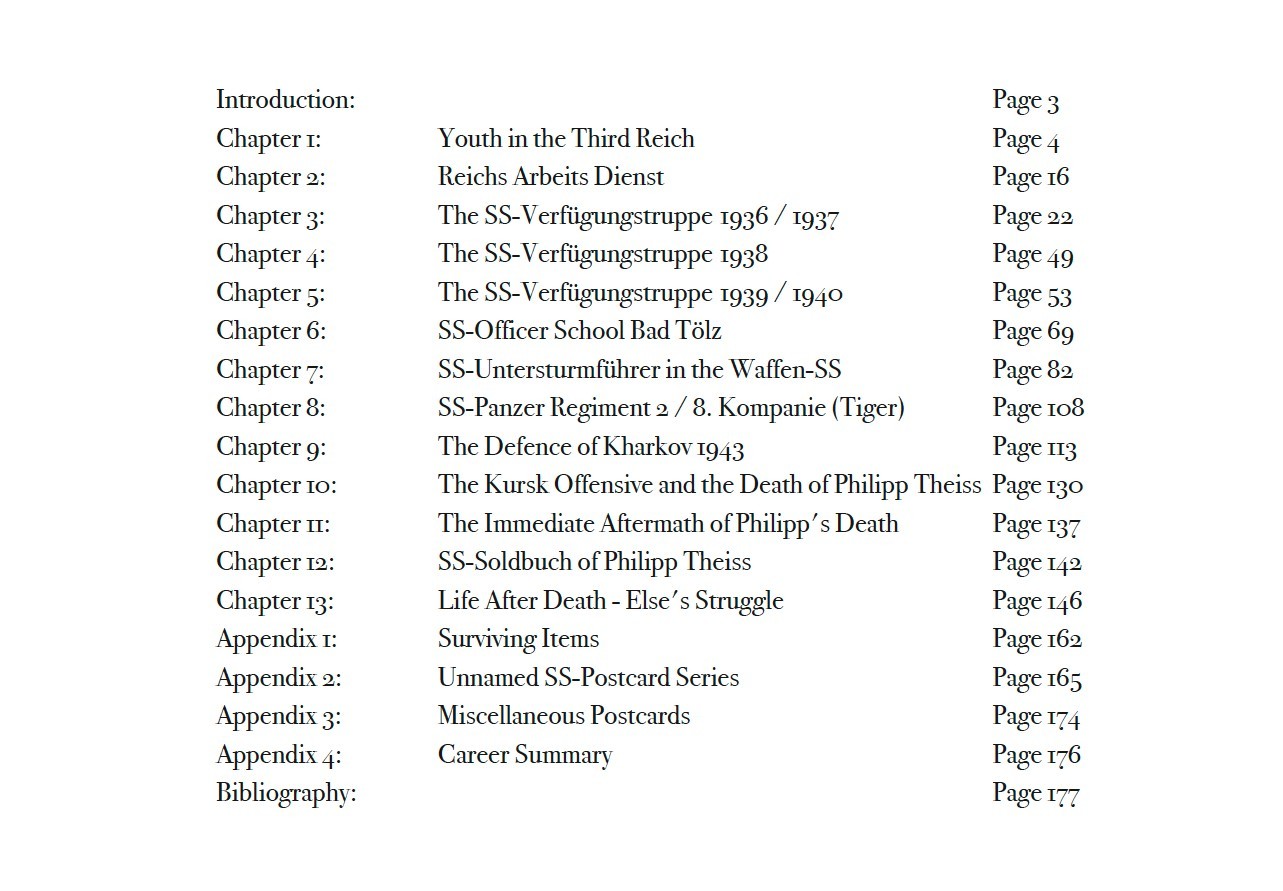 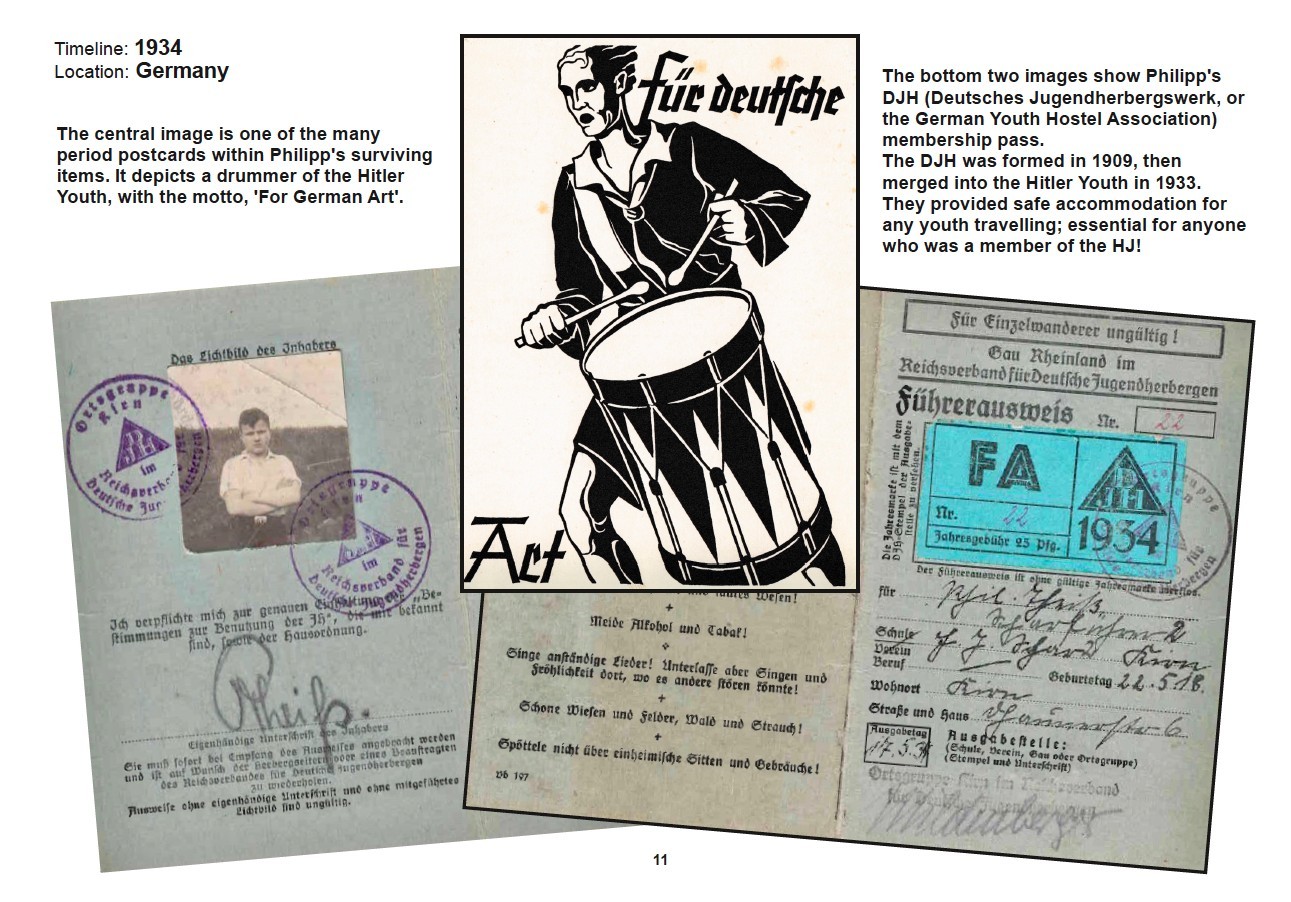 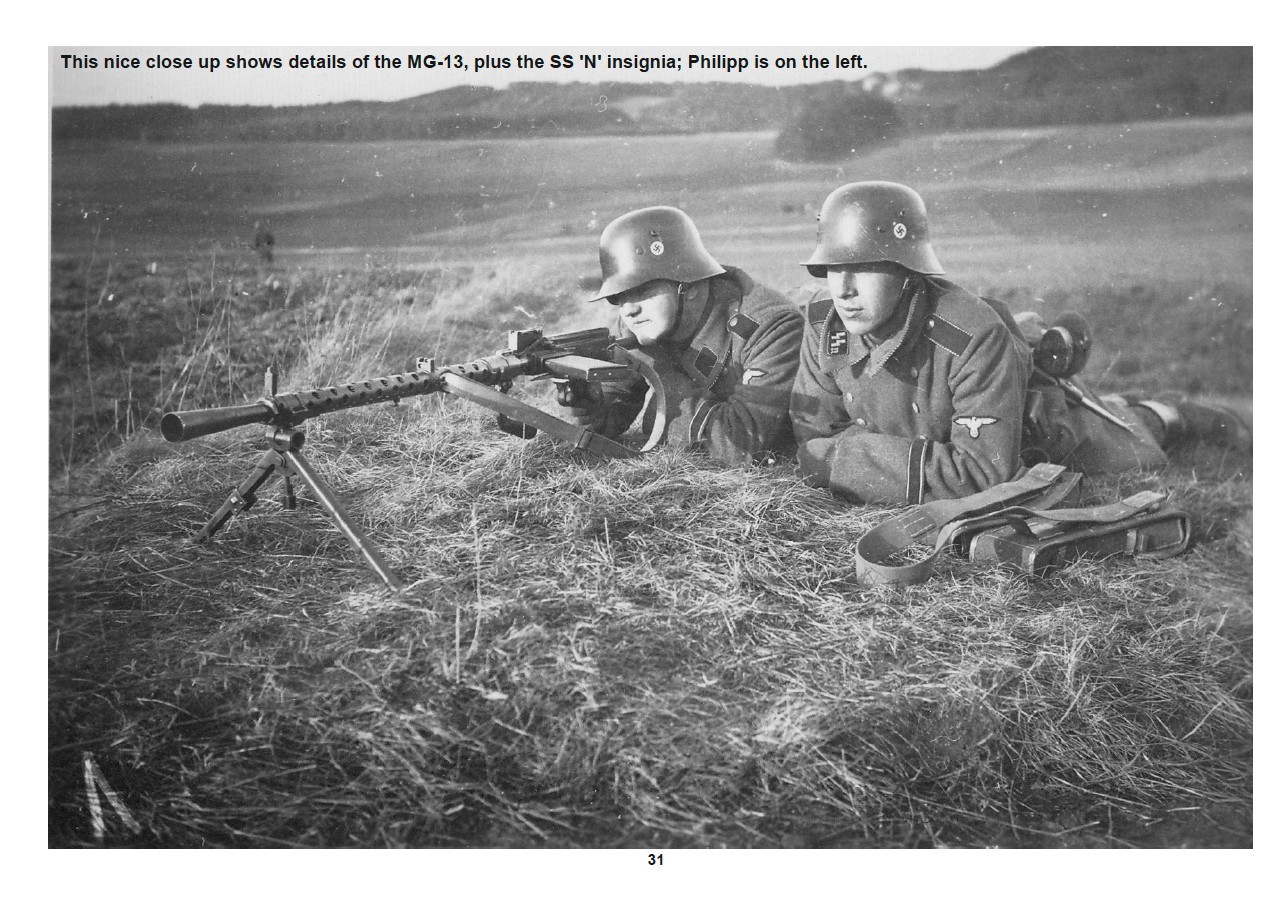 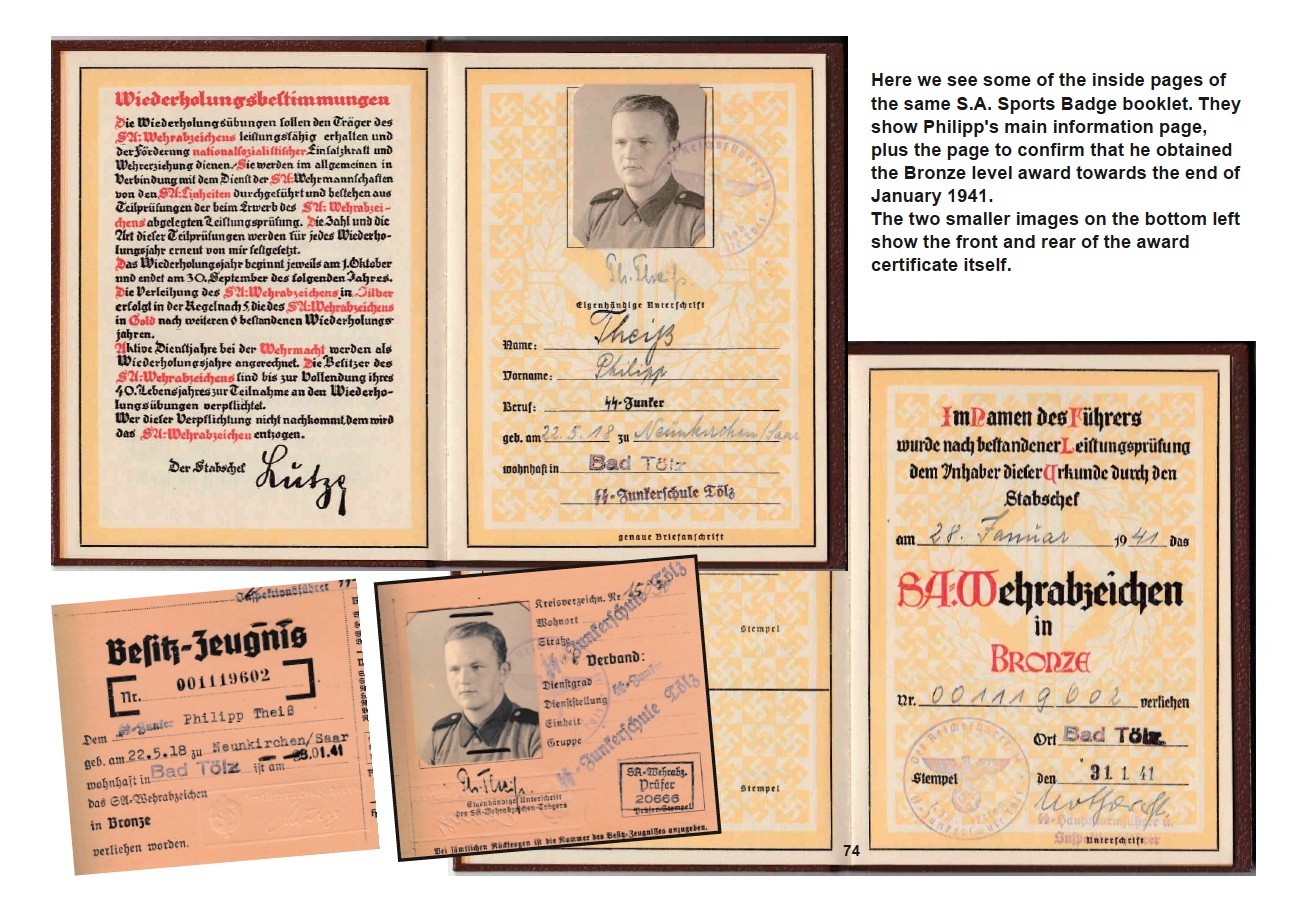 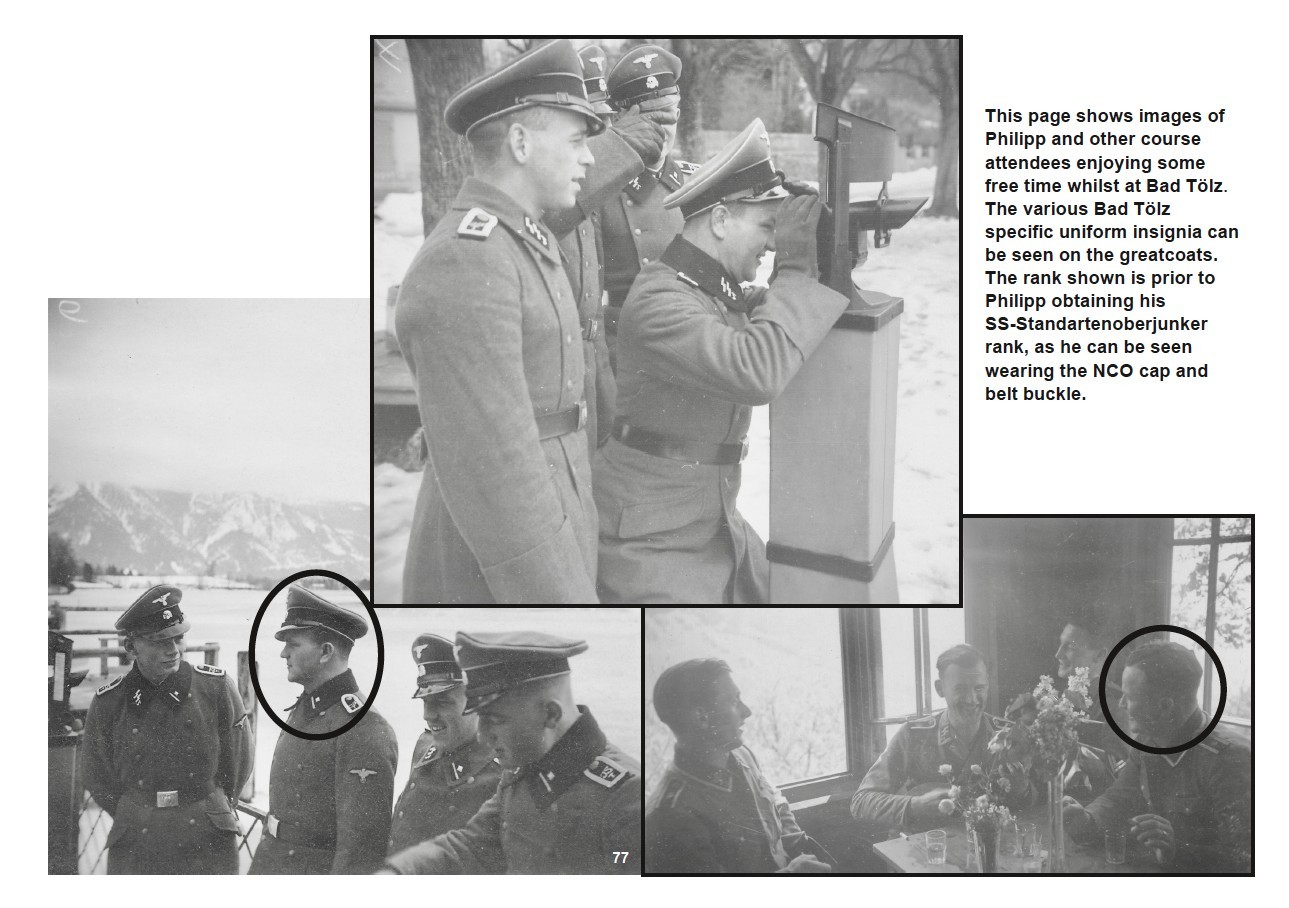 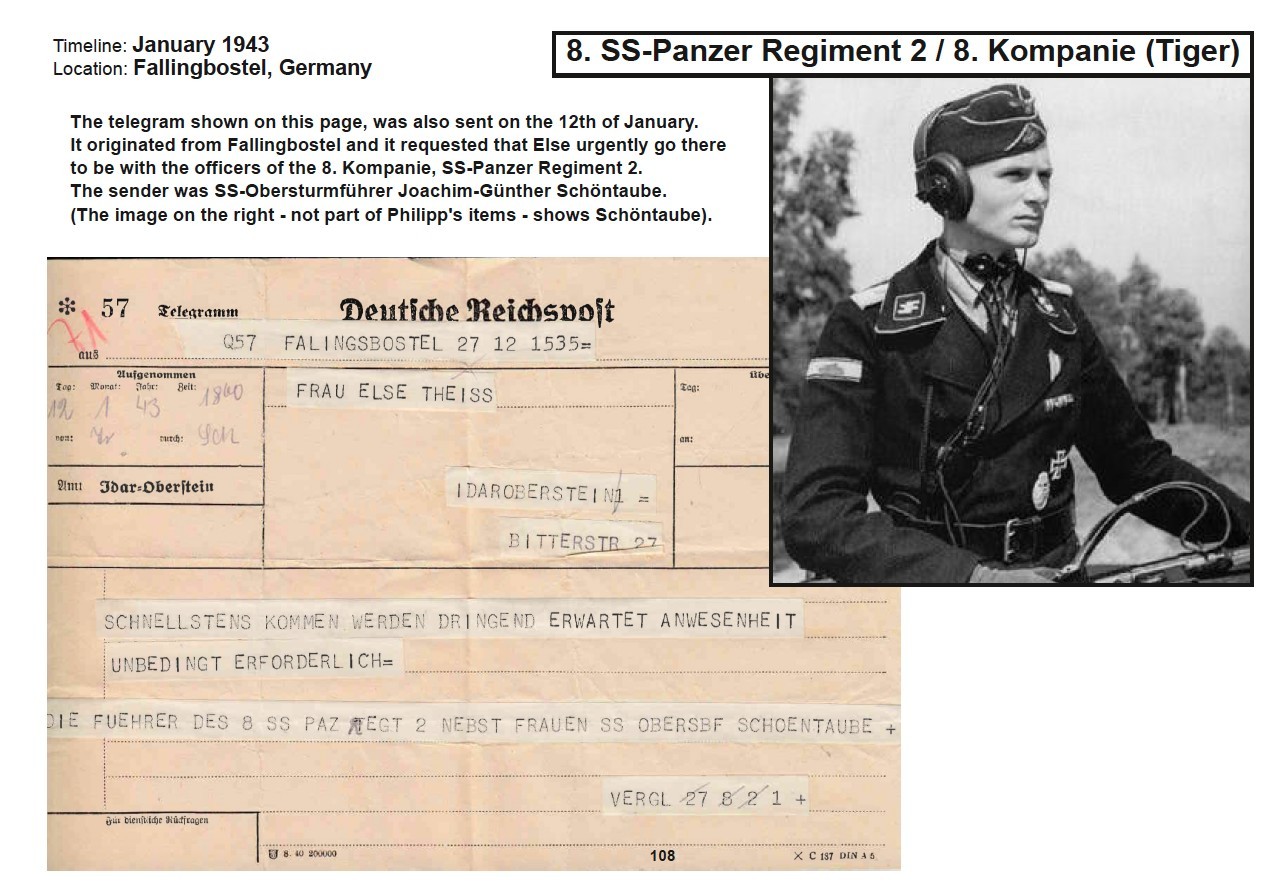 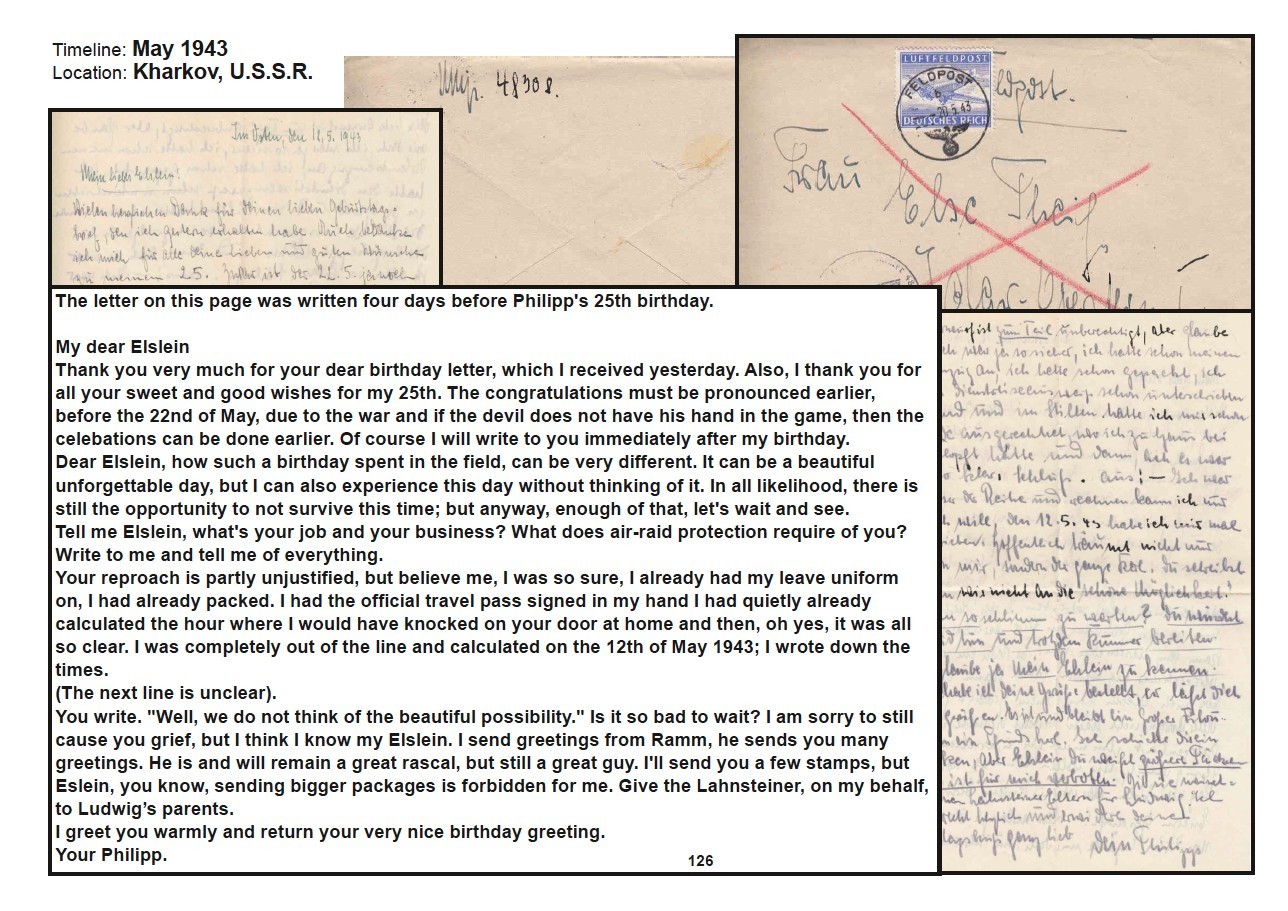 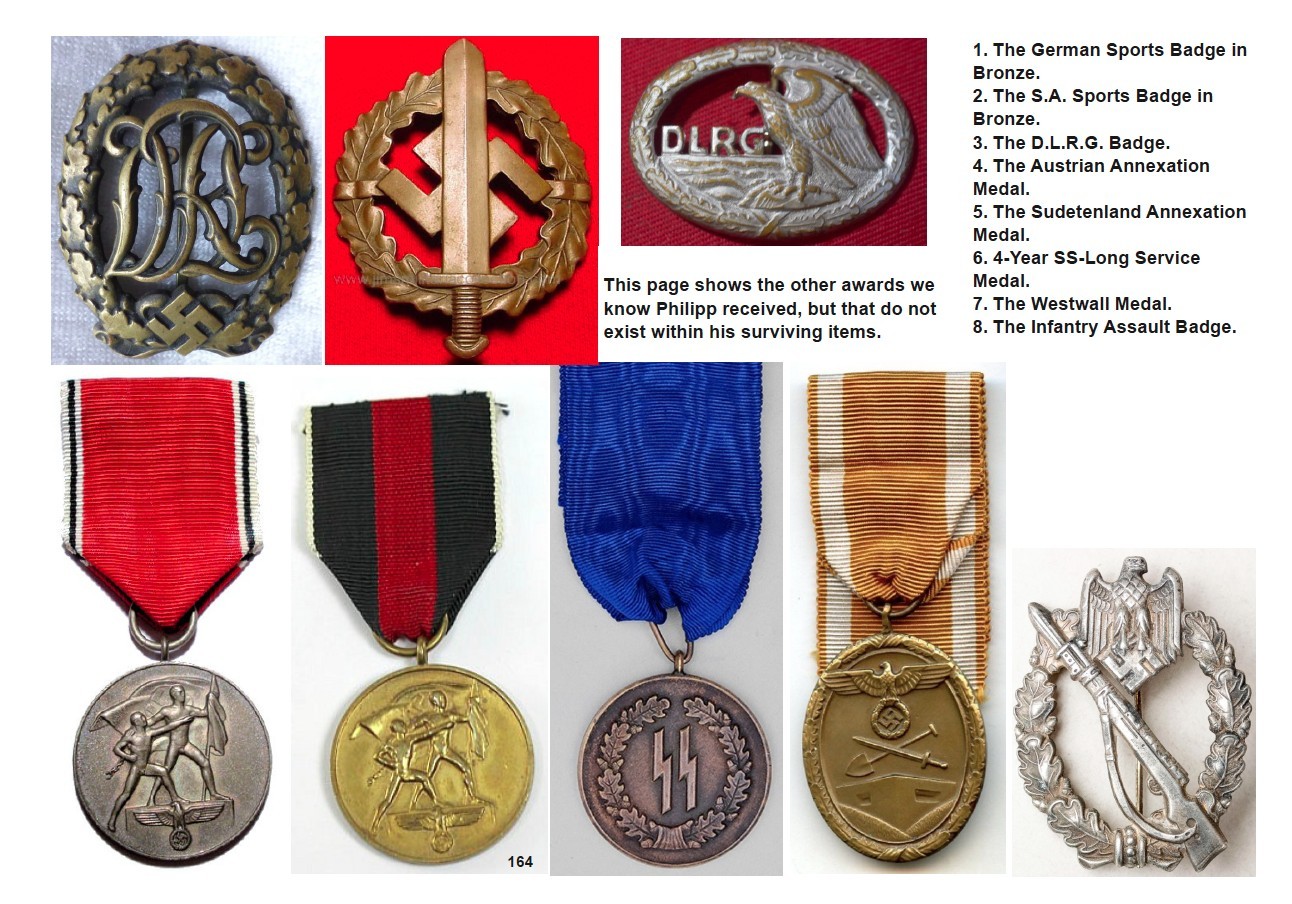