Merlin
Editor
posted on 3 months ago — updated on 2 months ago
2,303
views
Coming soon the Special Armour 1:72 range is a Sd.Kfz 250 Ausf.A with decals for three captured vehicles. 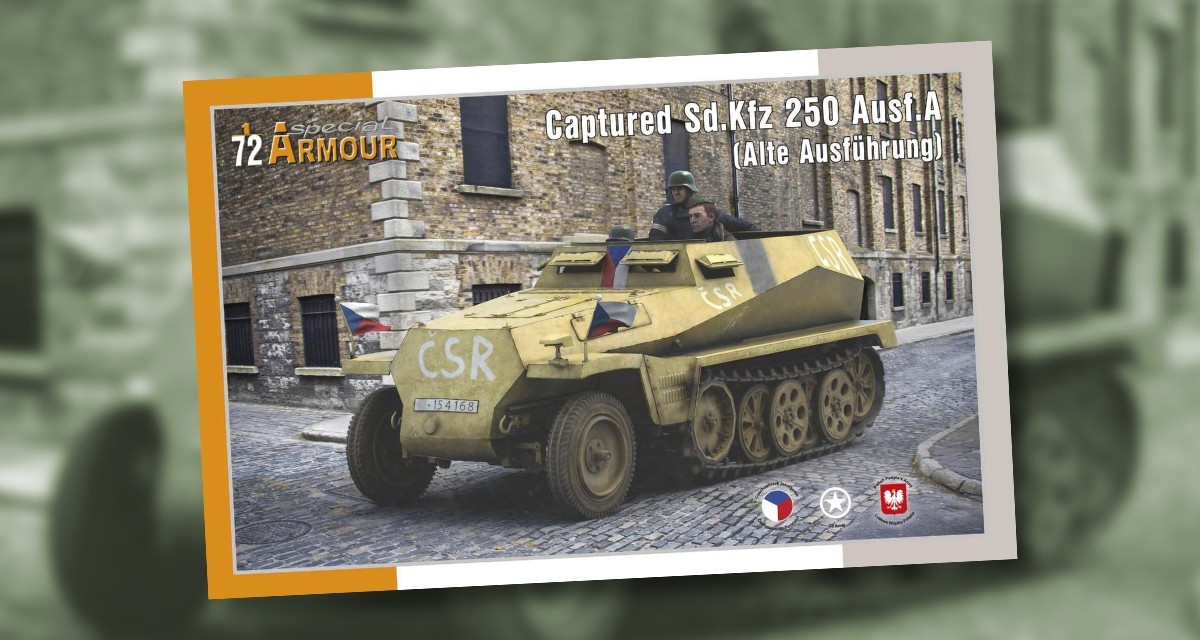 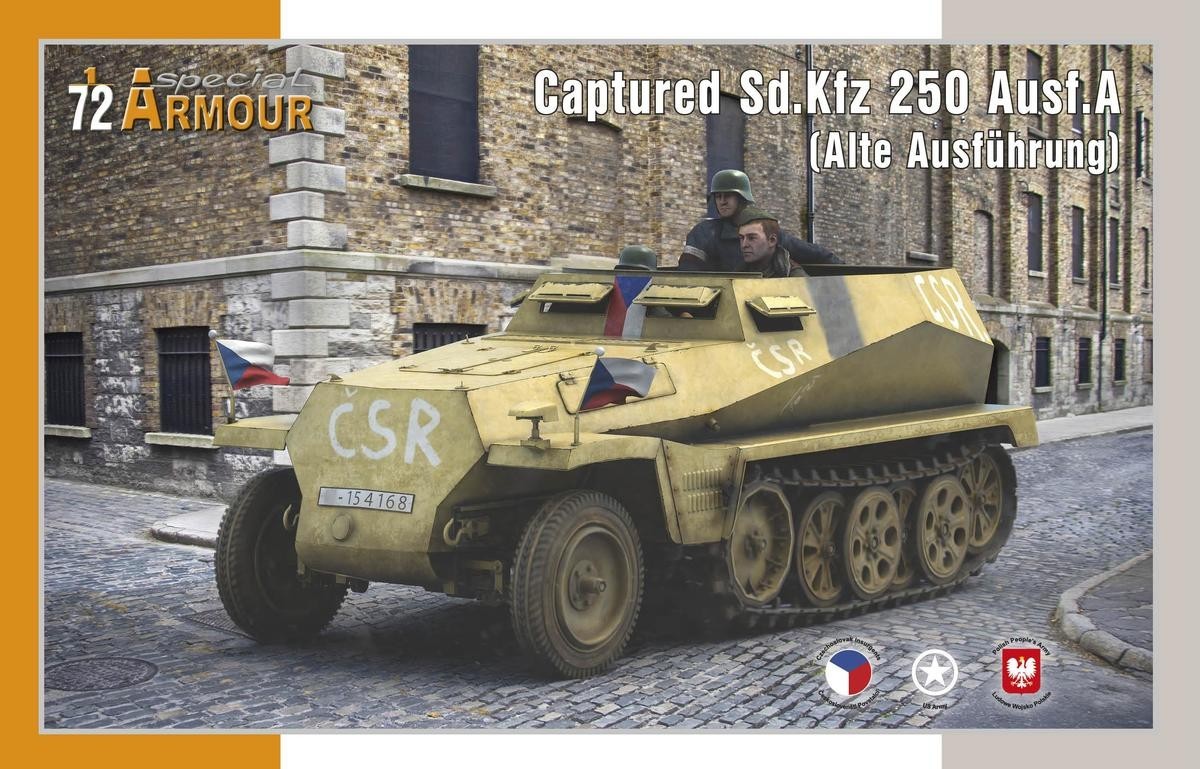 The earlier version of the Sd.Kfz 250 with a hexagon-shaped body armour was one of the most widely used German WW2 armoured personnel carriers. The type was in production and used since 1941. In 1943, the vehicles begun to be subsequently replaced by a later type which allowed easier production, the Sd.Kfz 250/1 Neue Ausf.A. Both versions remained in service until the end of the war though. Some of them also fell into the hands of the Allies and were put to military service as well.

Our model with fine detail throughout comes with styrene tracks and offer three colour scheme options. First, there is a sand-painted vehicle with CSR letters on the body (abbreviation for Czechoslovak Republic) which was used by Czech insurgents during the May 1945 Prague uprising. Next is a green-painted vehicle no.10 bearing the Polish Eagle markings, which was operated by the Polish Army during the liberation of Poland. And the final option is a white-star marked vehicle which was captured by the US troops at the Battle of the Bulge in the Ardennes in the winter of 1944. The vehicle retained its original German camouflage with only the stars added.

-    Model with plenty of detail