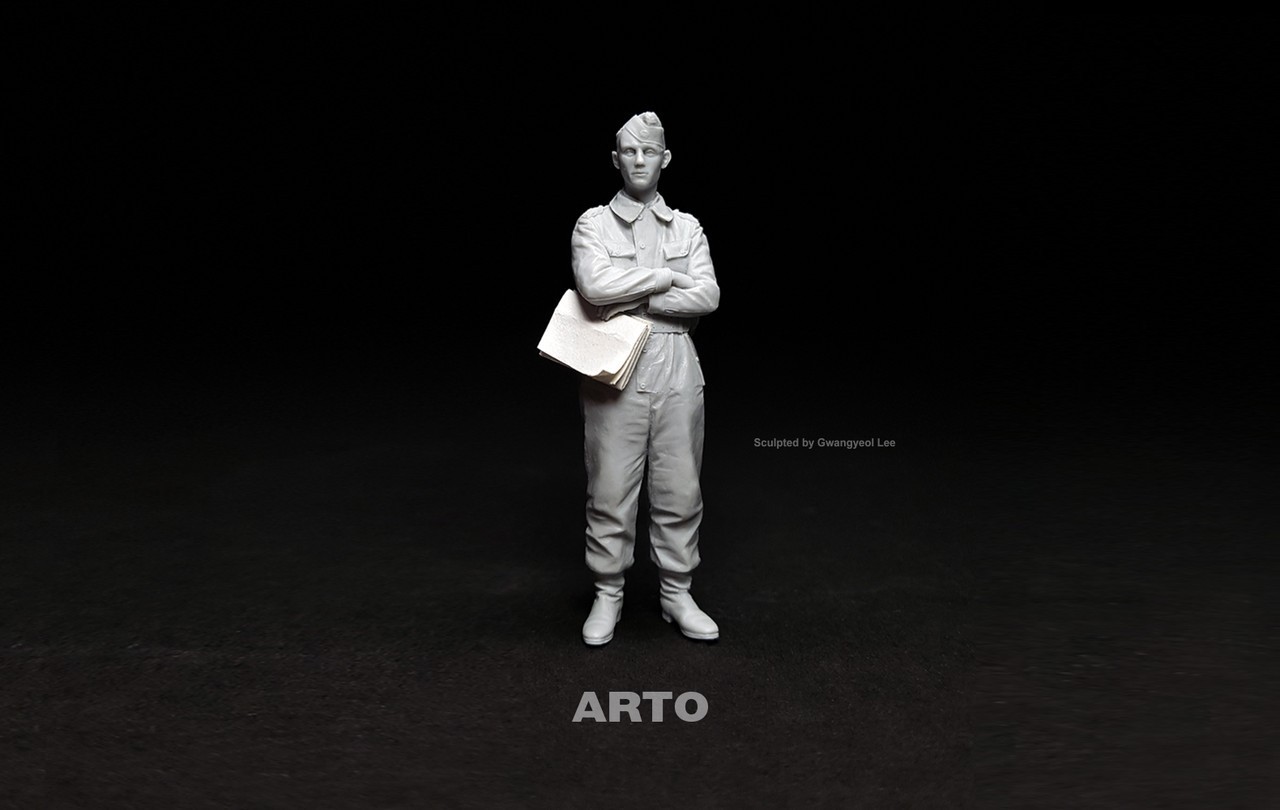 His distinctive facial features such as the surgical scars on his left temple, the wart on his right cheek, and even his unique ears have been precisely depicted on this figure.

He is dressed in unique SS panzer camouflage coverall. Even the minutest clothing folds as well as the creases on his pocket seen in his photos have been meticulously reproduced.

Being the commander of s.SS.Pz.Abt. 101, later renamed 501, his figure is suitable for any scene with a Tiger I or II in Normandy or The Bulge. 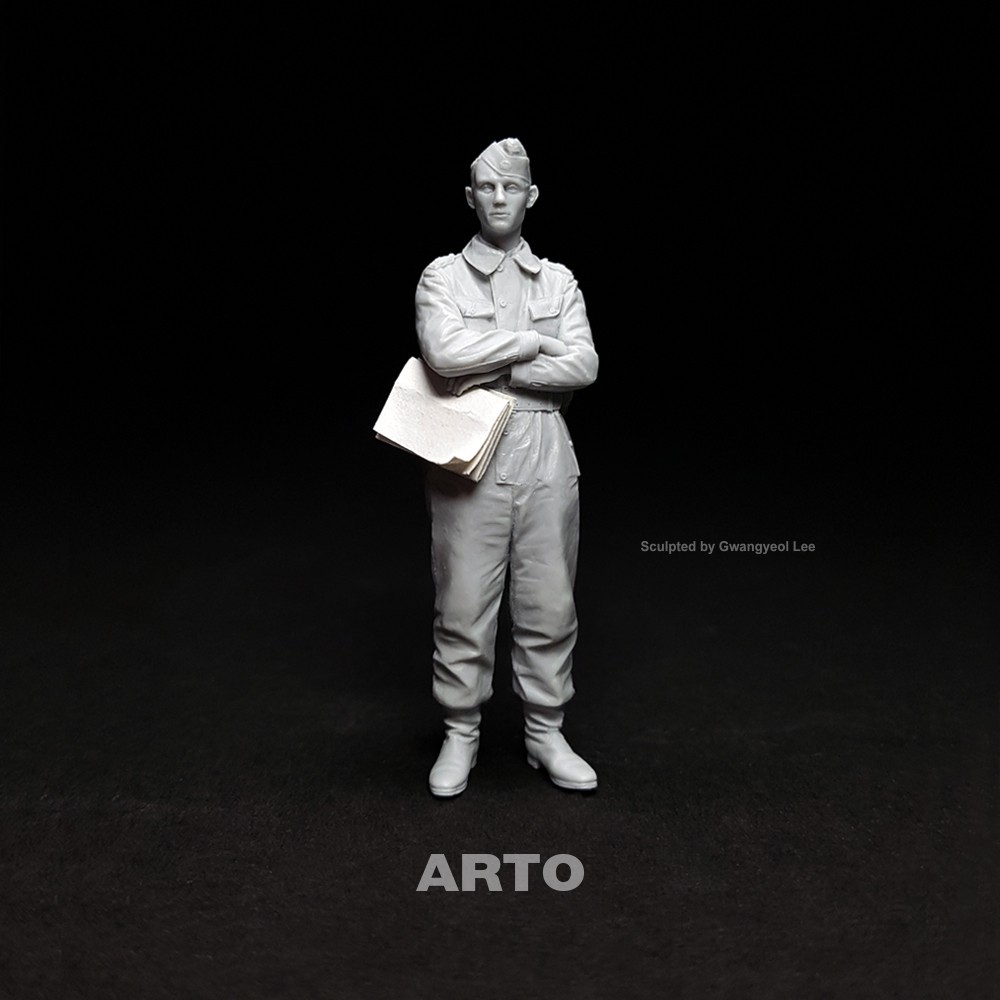 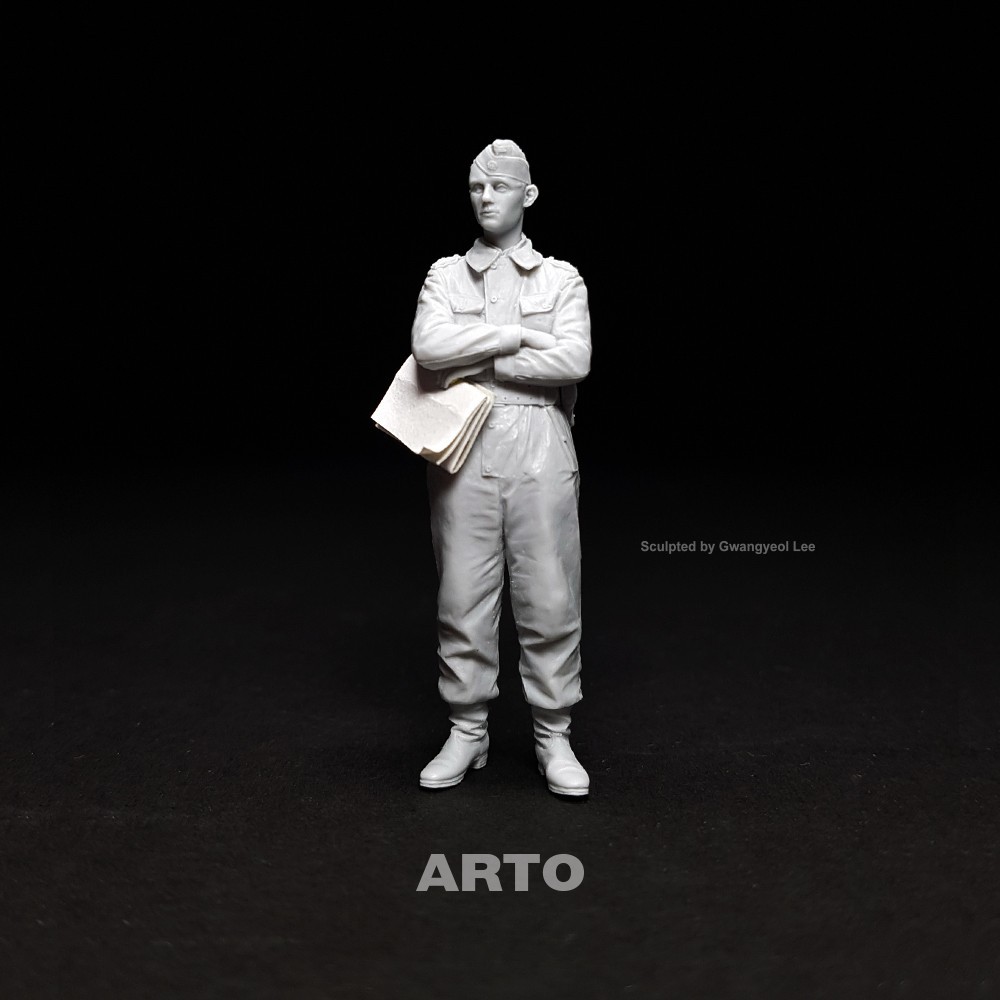 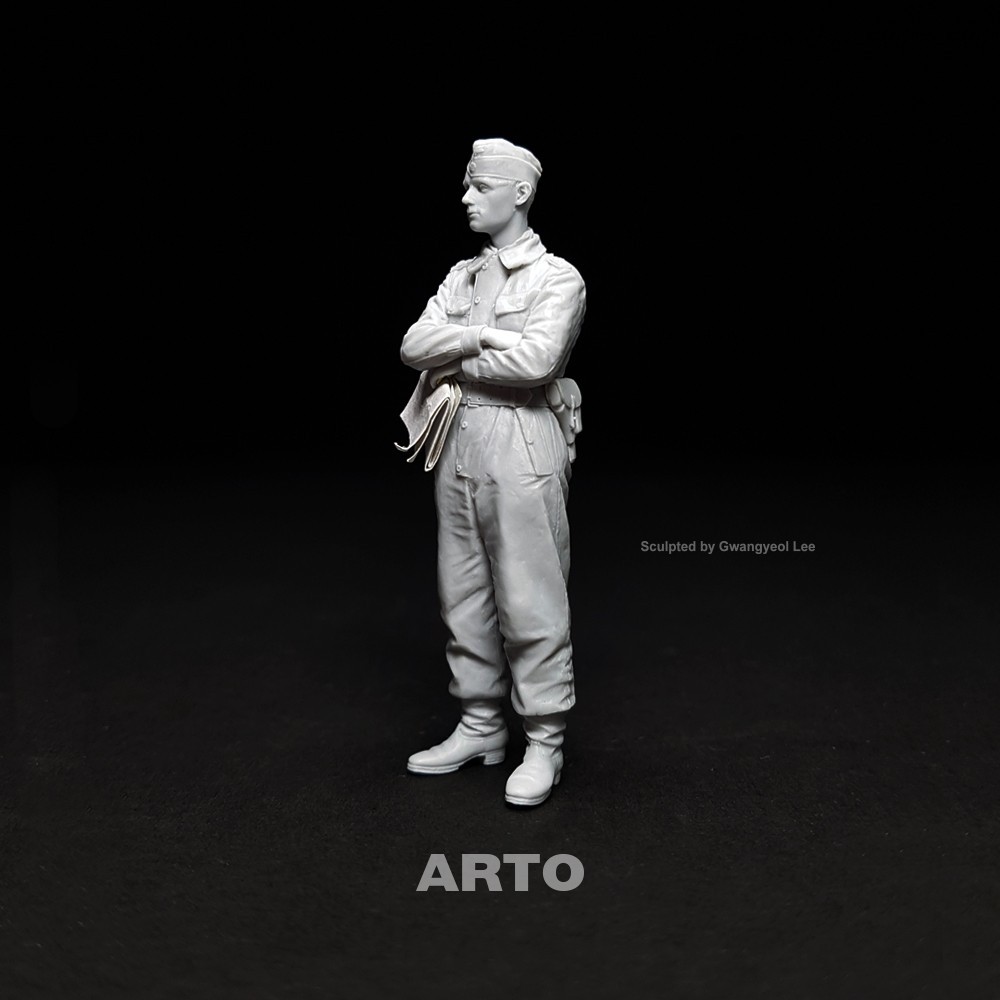 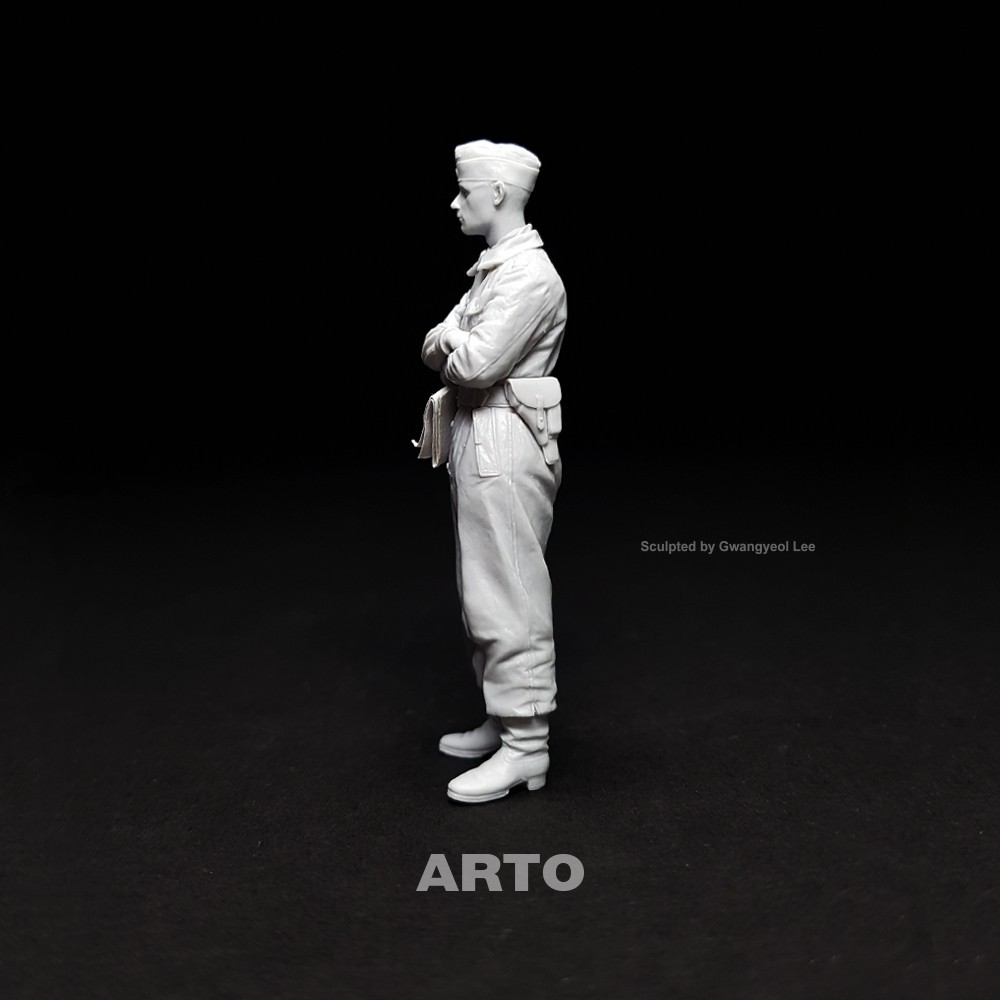 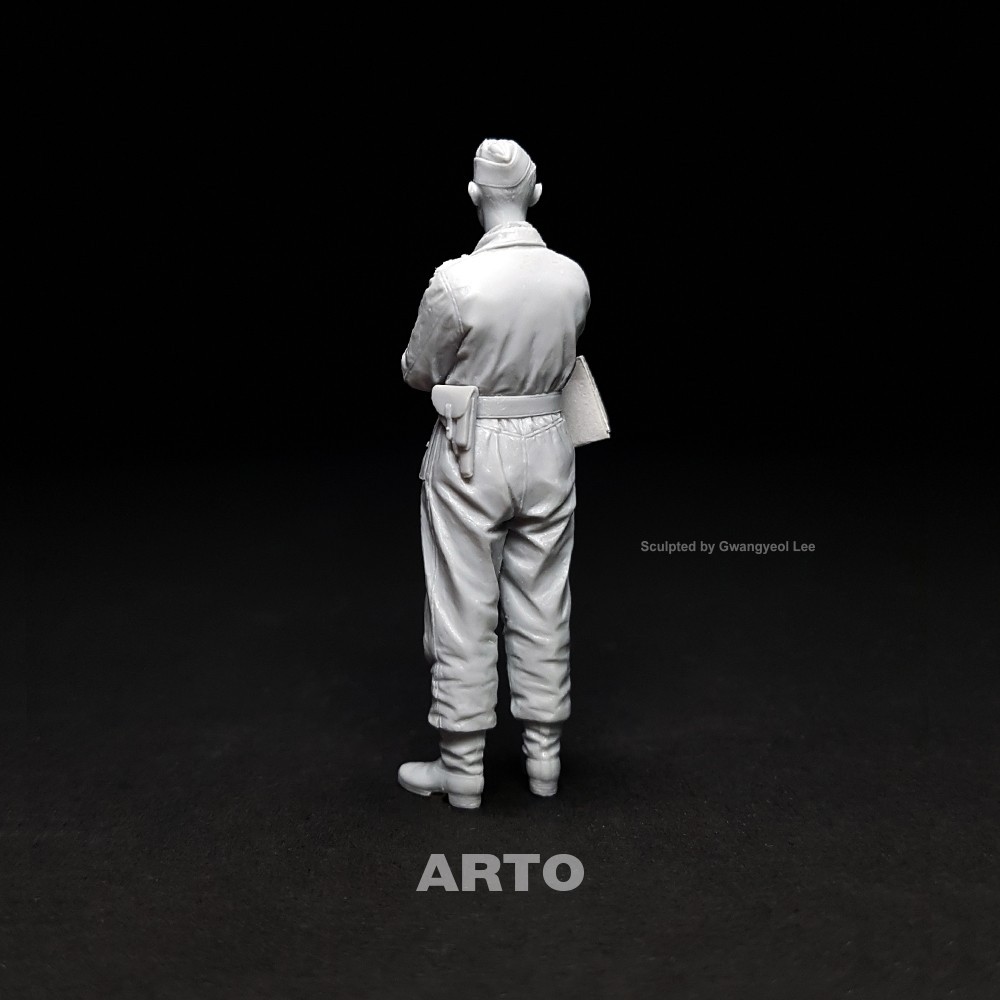 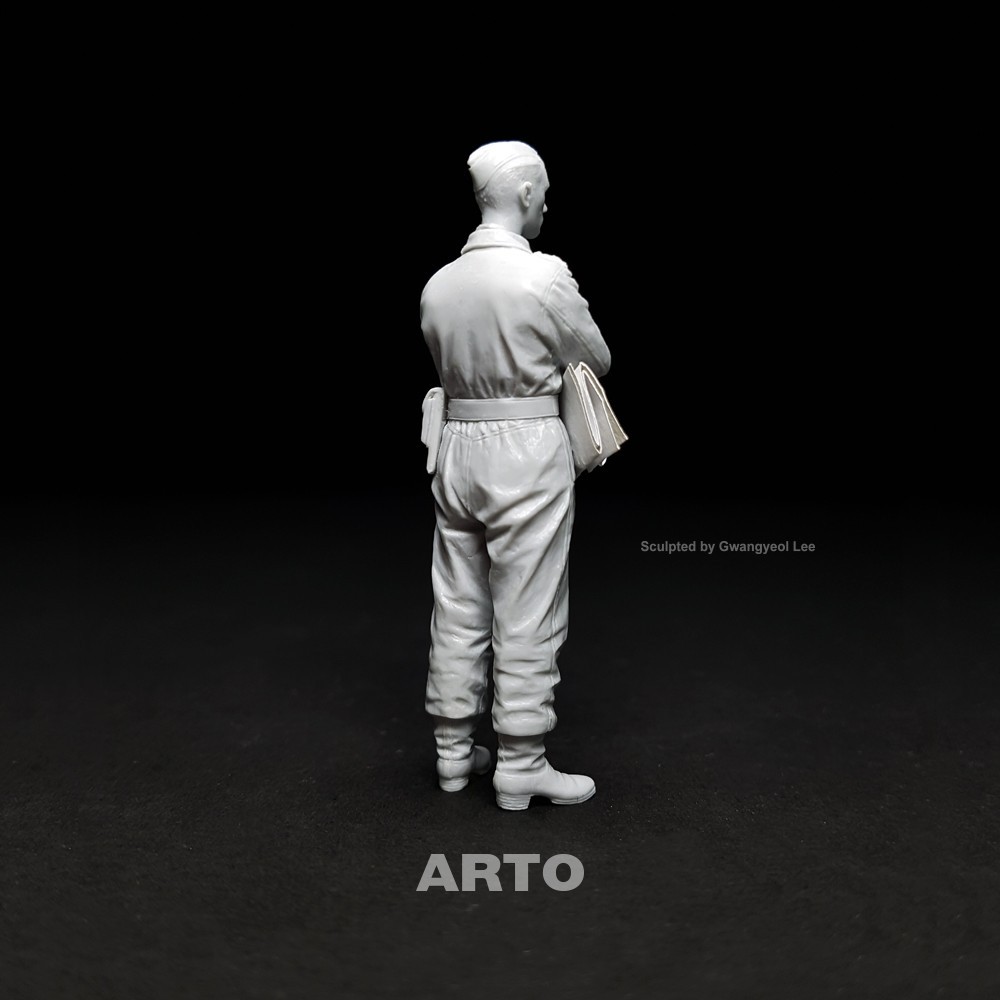 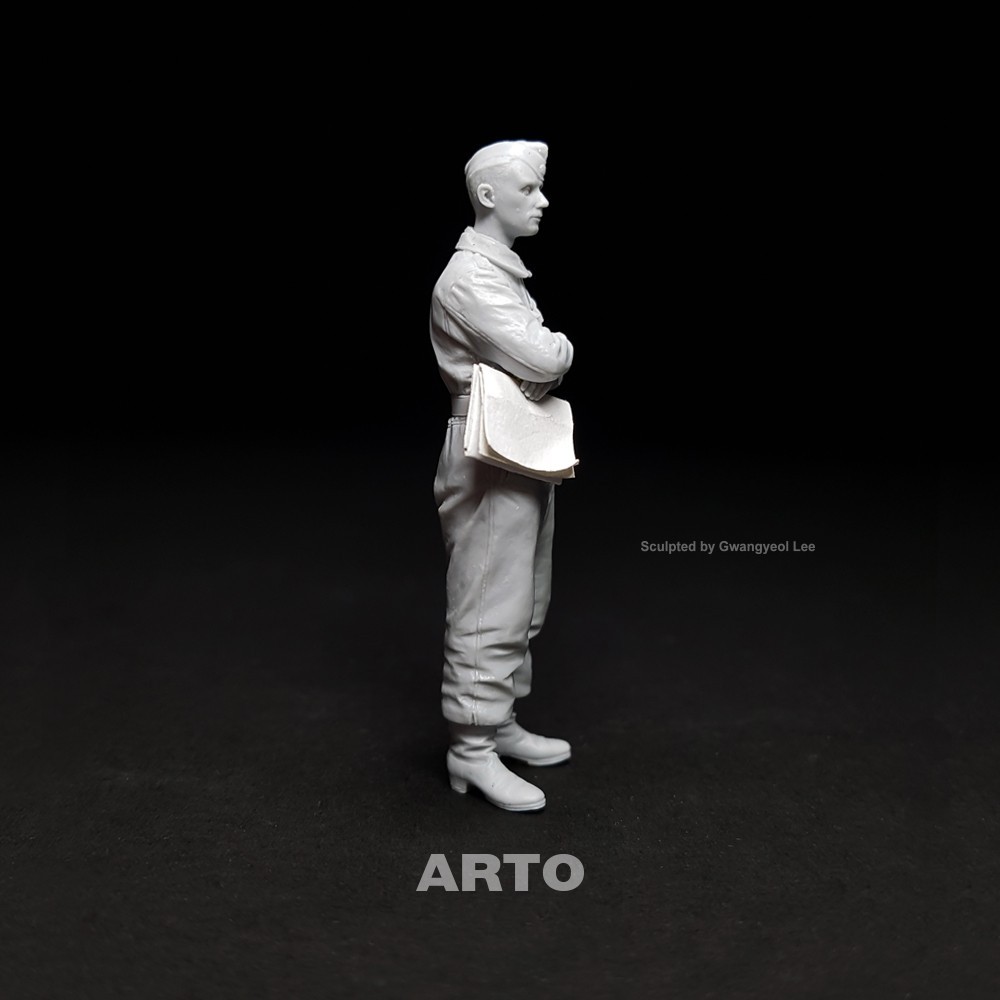 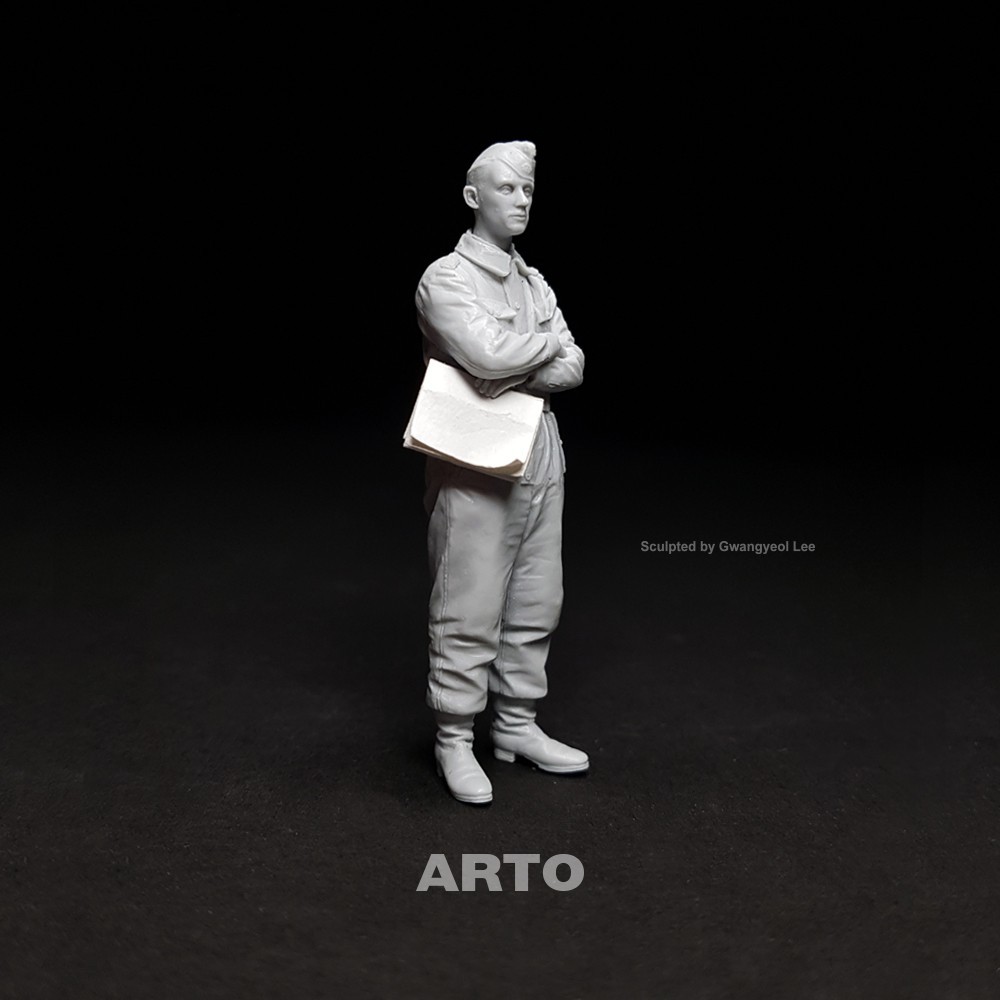 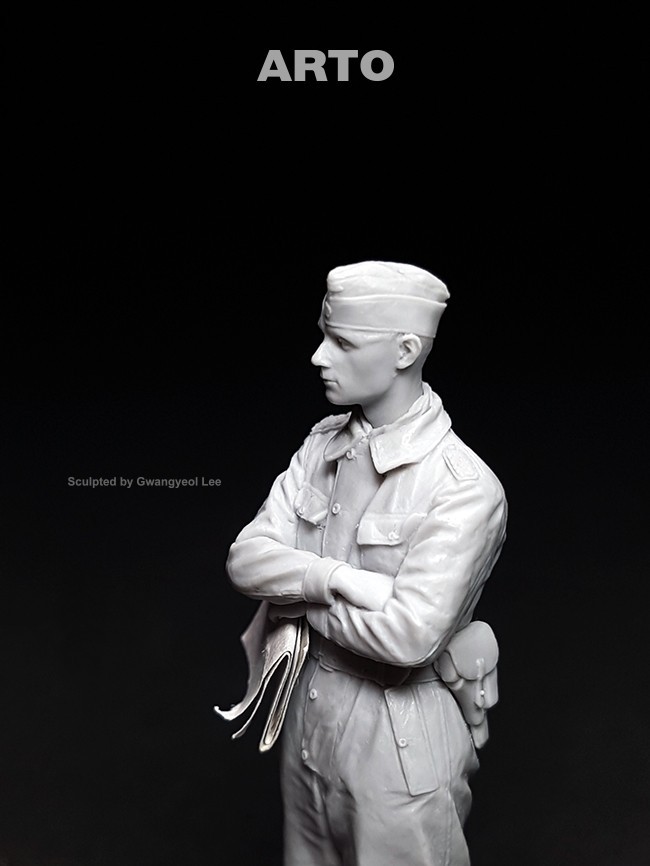 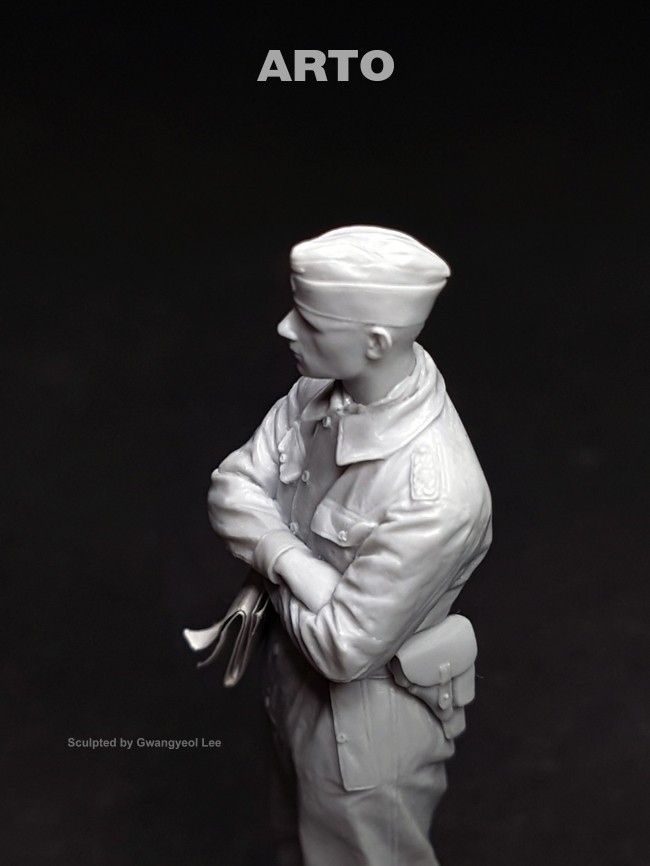 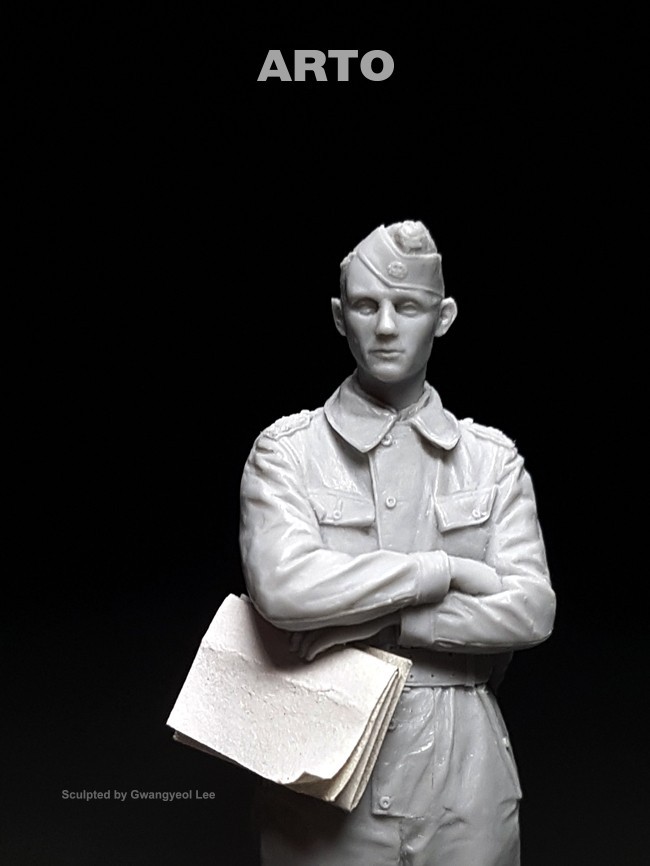