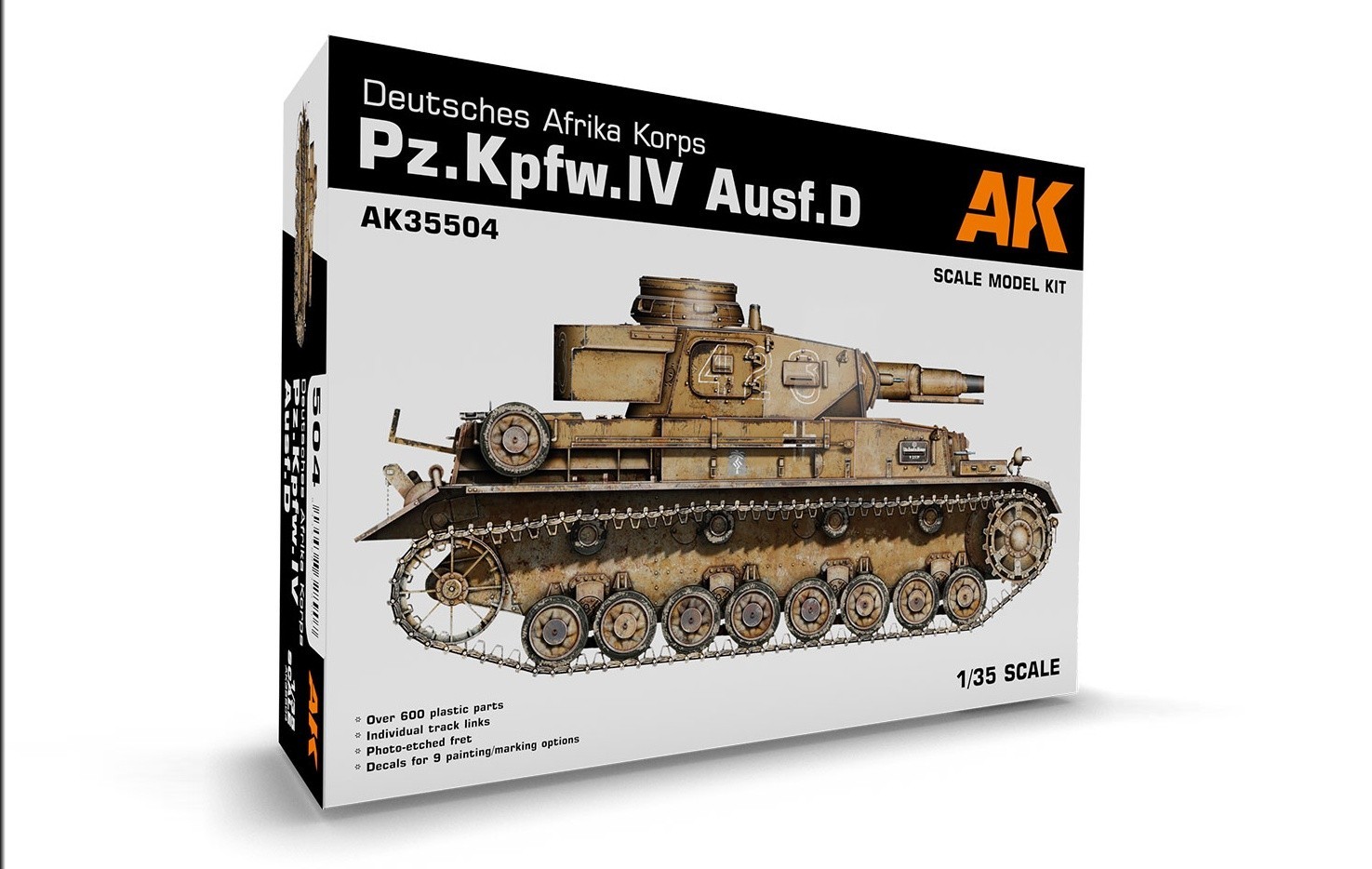 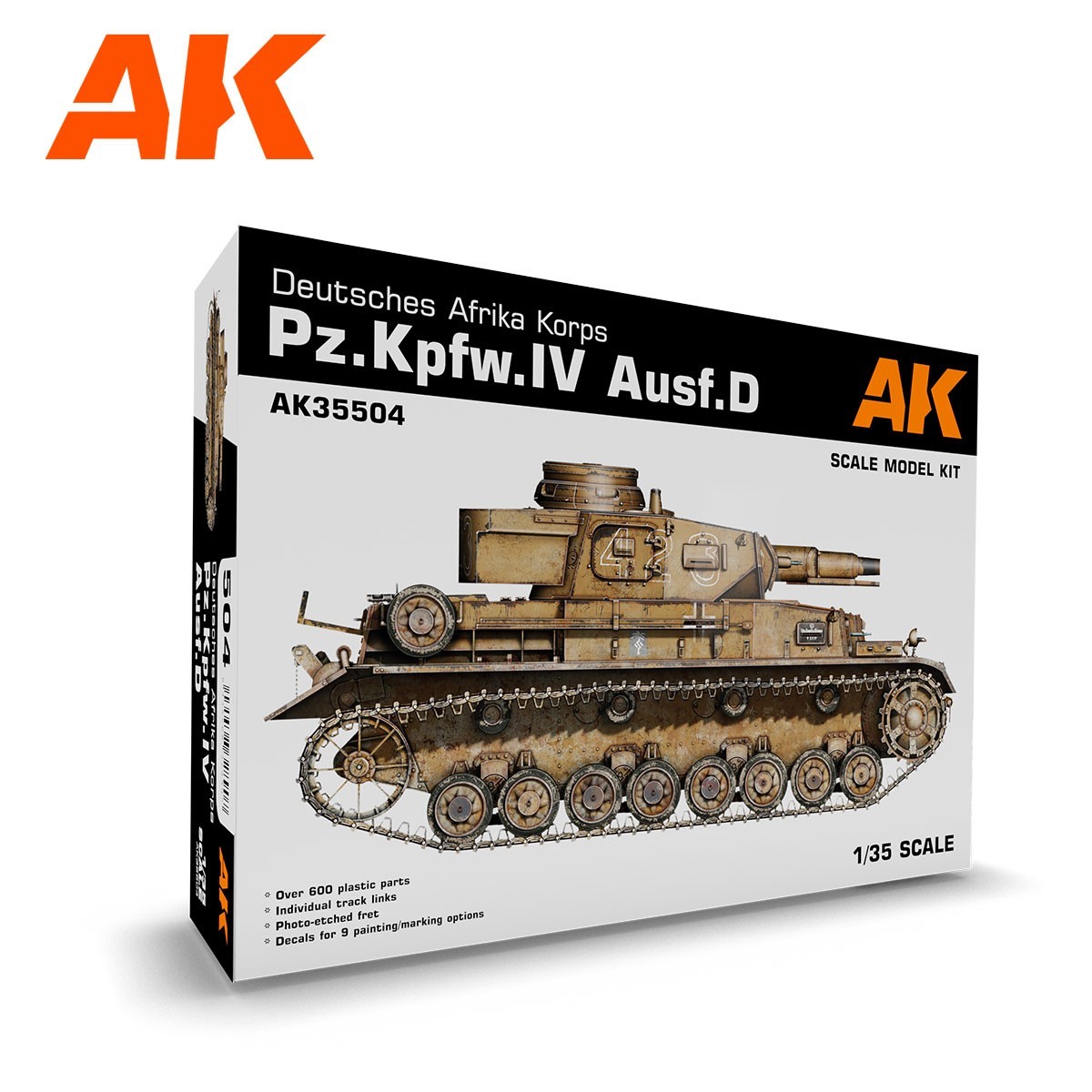 Production of the Pz.Kpfw.IV Ausf.D began in October 1939 and a total of 232 vehicles were completed until October 1940, with around 30 converted for use in tropical conditions by installing improved ventilation system and sand filters.

A few of these were also fitted with add-on armor on the front and sides of the superstructure.

The 4th and 8th companies of Panzer Regiment 5 belonging to the Deutsches Afrika Korps (DAK) used this variant in combat in North Africa though it was soon superseded by more effective longer-gunned variants.

The exclusive decal sheet printed by Cartograf contains markings for 8 different vehicles that served in North Africa in 1941, including one captured by British troops. 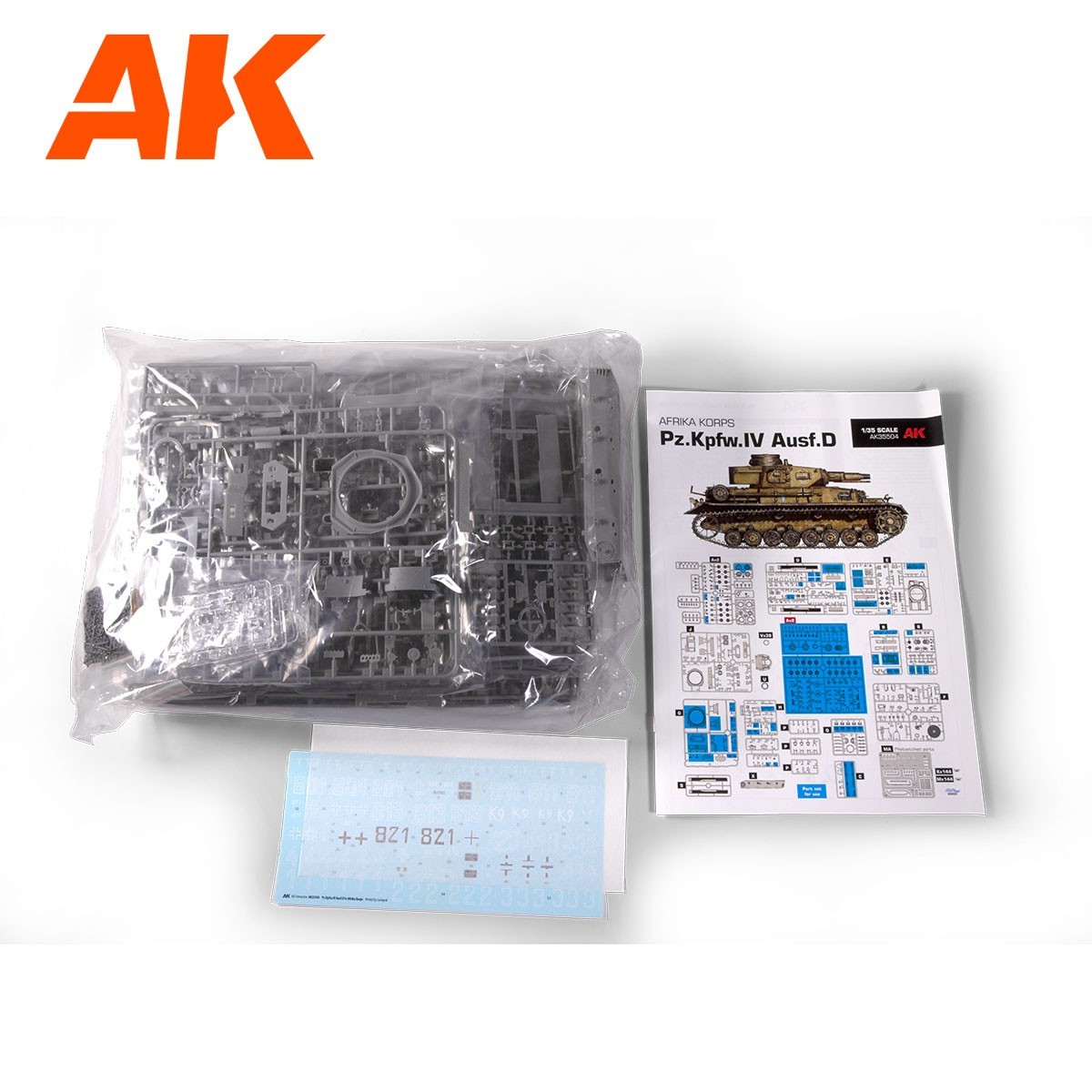 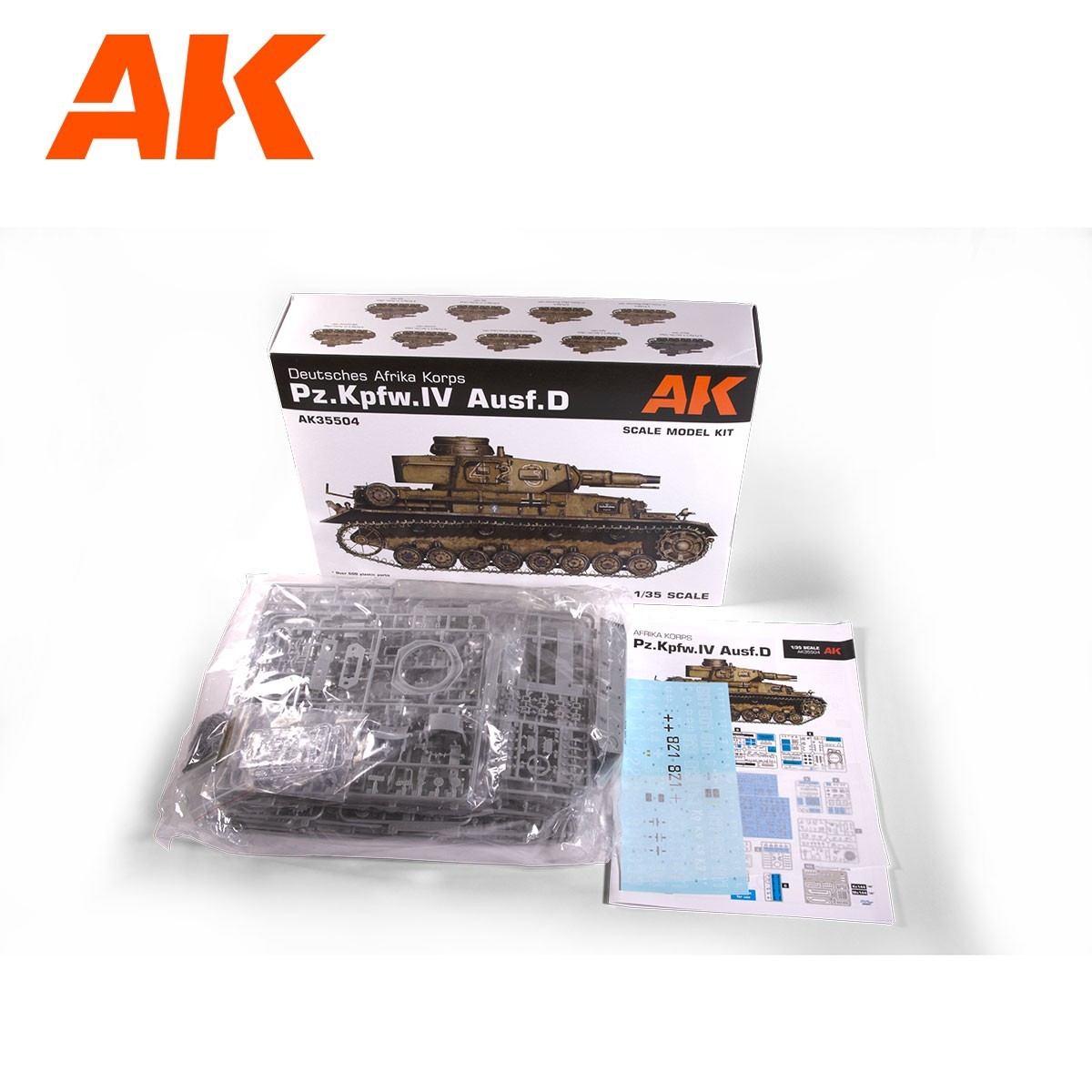 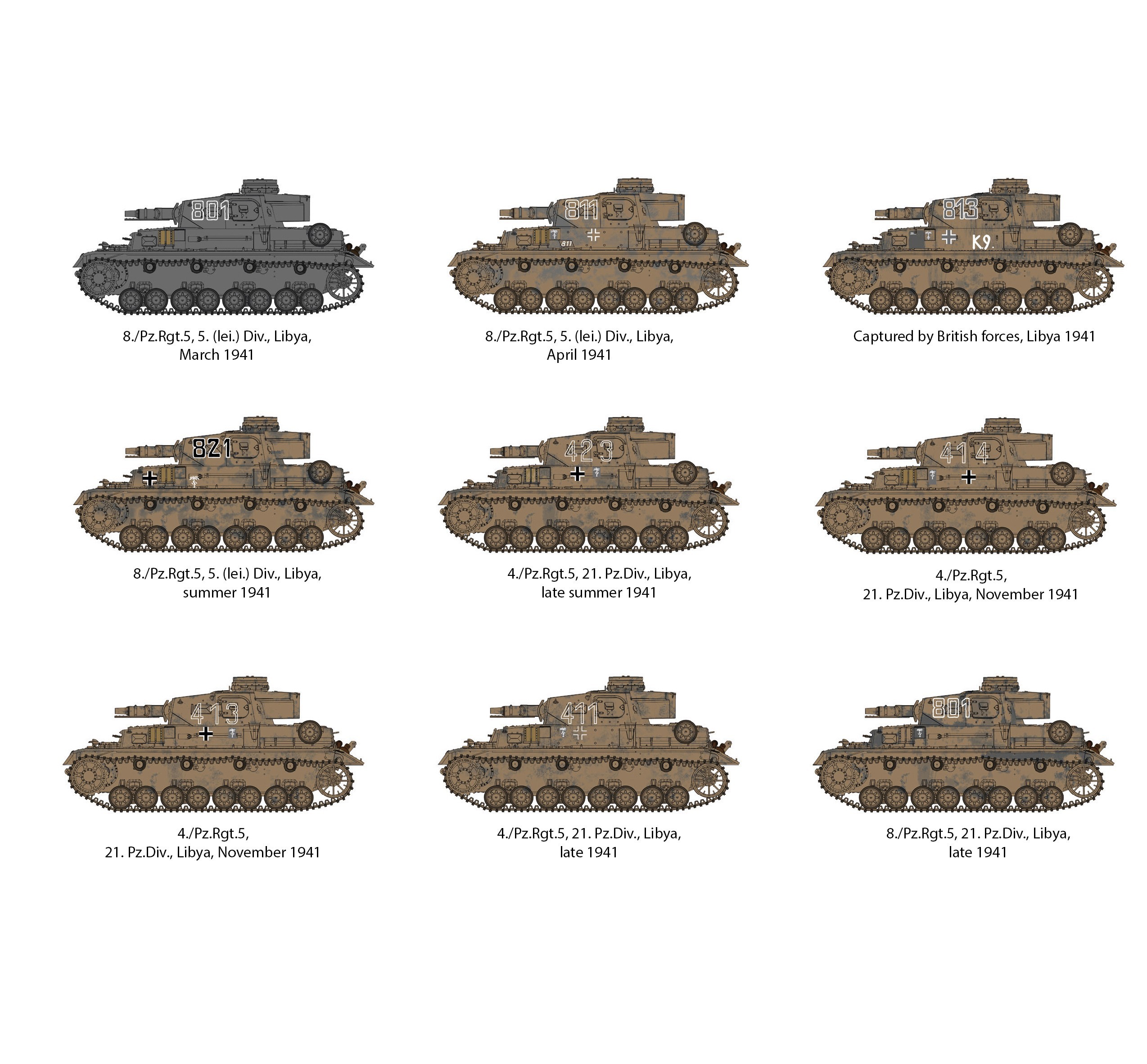