REPLY & QUOTE
165thspc (Michael Koenig) said
Also corrected the grossly incorrect air passage design of the model cab.
This does allow you to see (slightly more) of the radiator. Hence the need to add the scratch radiator.
Dremel tool made short work of this modification.
- But that's another story

I one time simply cut away the "false walls" of that engine silhouette piece and installed that. Then I also scratch built a somewhat crude radiator to fill up that huge open space in the engine area. At that point the components were so far up into that huge hood enclosure that the viewer really couldn't see what was going on, especially with that huge muffler in the way.

Add some plastic rod to simulate some hydraulic lines and people might end up thinking you had a super detailed engine in there!


{quote} from earlier post
For this new vehicle I decided not to invest in the Real Models resin engine but I still wanted to improve the look and detail of the finished engine area. This is not going to be a build log but maybe just the sharing of a few HEMTT detailing ideas.

I concluded that no matter what you do to that fake wall at the front of the partial engine it still shows. Paint it matte black and it is still visible. I asked myself what could I do to make it disappear as it is not supposed to be there? Then it struck me, make it disappear - remove it! (As Elon says the best part is no part at all!) So I decided to remove the areas shown in yellow. I also made a cut in the air intake pipe in order to angle it back a bit to slope downward. This would allow me to tilt the rear of the engine downward as it is in the real vehicle.

REPLY & QUOTE
trickymissfit (gary totty) said
Meng sells a power pac that's very close to what you want. Problem is that it will be for an early variant. That same power pac was used in three or four different platforms (even fire trucks).
gary

REPLY & QUOTE
HeavyArty (Gino P. Quintiliani) said
Unless you plan on opening the engine compartment, you can't tell it is just a very basic rear-half of the engine on a solid plate. What Dragon/Italeri provides is adequate if it is left closed up. 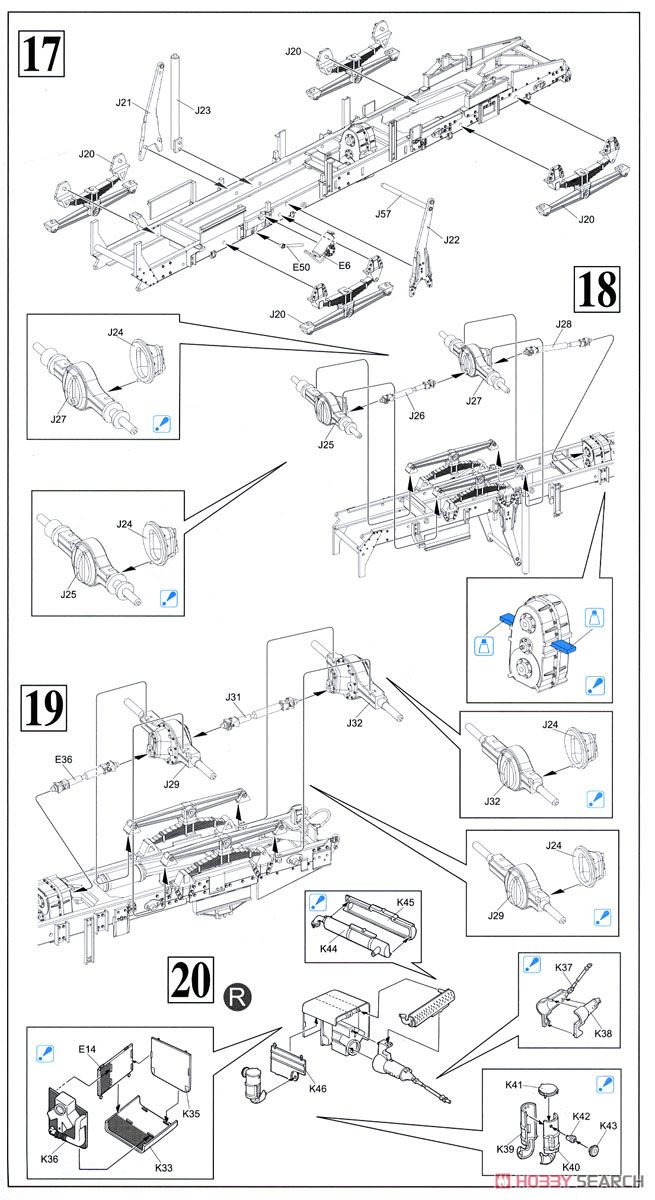 REPLY & QUOTE
CAD Images mean nothing.
What does a rivet counter count on a cast or welded tank hull?

I'd be willing to pay if anyone can help out, like I said though I cant afford the real model set...

REPLY & QUOTE
Chris83 (Calvin) said
hi guys got the dragon M-983 W PAC-1 on the way and I saw on reviews that it's the old Italeri HEMTT sprues which means no engine...I was hoping someone out there has a trumpy engine block sitting around so i can at least put something in there. I can't afford the $40 + dollars for the real model engine set (the kit itself was a gift) any help would be appreciated, happy modelling everyone and stay safe!