Dioramas
Do you love dioramas & vignettes? We sure do.
Hosted by Darren Baker, Mario Matijasic
Op Glad IJs - On Thin Ice

): I detailed the whole of the interrior of both the Signal Tower and the Station: Ofcourse none of this is visible under normal viewing angles, yet the old adagium of "at least I know it is there" kicks in here

Just checked out your previous build...now I have an inferiority complex,

! That is one amazing build, very impressive indeed,

REPLY & QUOTE
An optimist is a pessimist without all the facts.

REPLY & QUOTE
Golikell (Erwin Leetink) said
Thank you... This project will raise a whole new set of challenges for me. Not in size, but certainly in technics...
Well I managed to tackle them in my previous build (http://armorama.kitmaker.net/modules.php?op=modload&name=SquawkBox&file=index&req=viewtopic&topic_id=280411&page=1), so I'll manage to do this one too!!!

Not sure I'll be able to help you as much as you've helped me, but I'll be happy to provide encouragement,

Good luck with the build.

REPLY & QUOTE
An optimist is a pessimist without all the facts.

REPLY & QUOTE
Golikell (Erwin Leetink) said
Thanks... They were more than keen to spend as little money as they could on armament. They thought, because of this line, that the west was safe from invasion (the east was deemed indefensible), as tanks could not traverse the undulated countryside. Maybe they where right. Yet, the undulation itself took many days to take place. Time the Germans didn't need to reach the line itself. Besides that, the southern part consisted of firm, sand based lands. Being so because it had been exploited by removing the thick layer of peat. Ideal for tanks to cross, so the whole line was simply circumvented.

REPLY & QUOTE
spongya (Andras) said
That is a great idea by you, and a stupid idea by the Dutch authorities...

REPLY & QUOTE
Golikell (Erwin Leetink) said
My next project will be a Meng Renault FT, but in Dutch service. The Dutch army bought 1(!) Renault FT to prove the viability of the Nieuwe Hollandse Waterlinie (a defensive line, protected by a clever system of inundations, yet hopelessly obsoleted by new technology). Actually, the driver of the vehicle secretly got orders to have it bogged down every time, so the people were reassured in that they were safe.
I want to portray it while the trials on ice are executed during the winter of 1940. Sometimes the vehicle is shown with a Dutch build Schwarzlose MG, sometimes with just a front plate, and sometimes without, leaving a gaping hole. 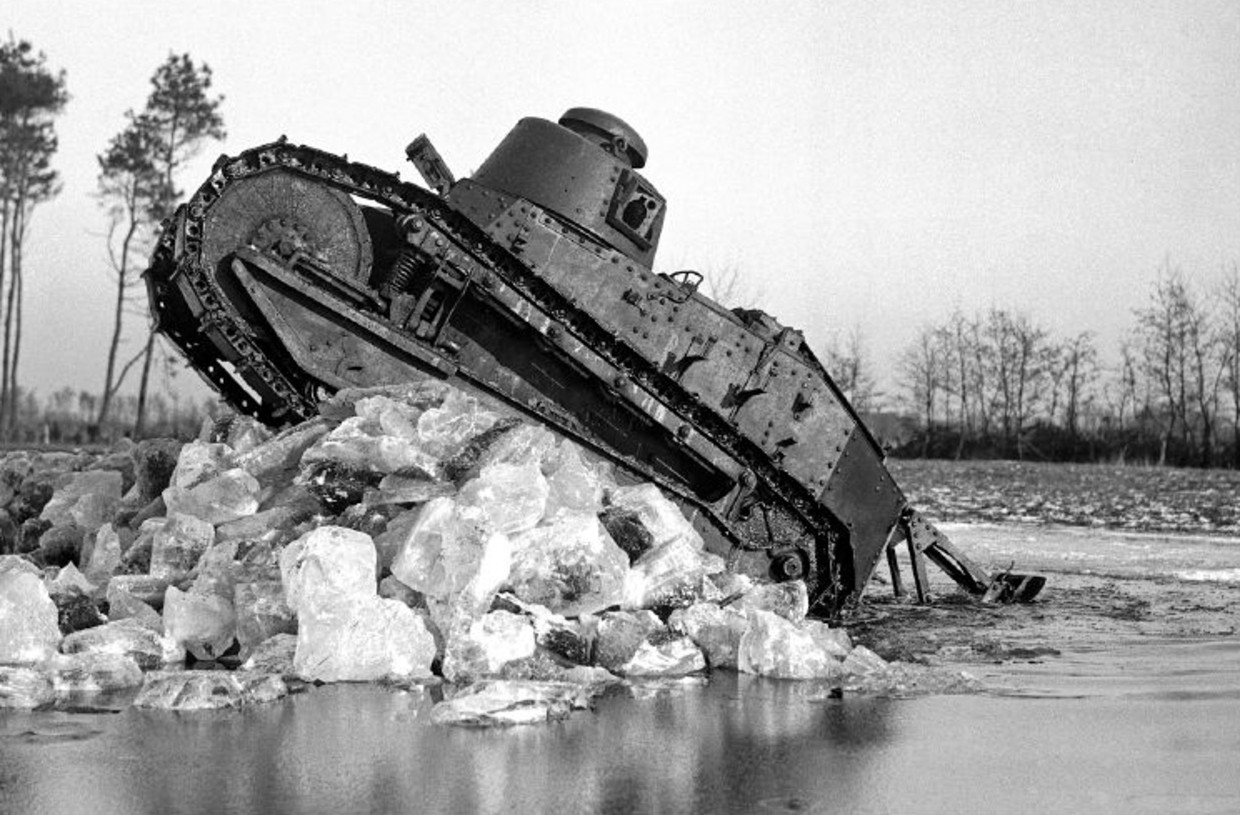