My thoughts on Shapeways are that for me, as a modeller, it is a last resort if: the kit part is unusable/doesn't exist; there is no decent resin/brass aftermarket; or I can't scratch build it myself.

My experience with the search engine is the same, but I guess they have to cater for everyone, not just modellers, so adding filters to the search would be difficult.

The thing that gets me though is the finish. Up close, under paint it looks very grainy, and given the nature of our hobby what're the chances of being able to sand parts smooth?

Then there's the tricky question of paint adhesion. Careful selection and application is required and careful handling afterwards.

So, yes, when there's no other choice I will and have used parts from shapeways, but if I can find an alternative better solution, I will

REPLY & QUOTE
Best health to everyone!
Stay home and build models!
1/72 in the Hangar:
FMk22 Spit for the Big 3 Campaign
Me262 Schwalbe for the Schwalbe Campaign!

CA glue is what you would use to attach these 3D parts?

Yes, CA is what I used with no problems.

REPLY & QUOTE
d6mst0 (Mark) said
CA glue is what you would use to attach these 3D parts?

I have to agree with you that the Shapeways search engine leaves a lot to be desired! I have ordered many items to detail up my Nimitz-class carrier and airwing. The added detail really makes the model pop. I have also had parts arrive broken. Nothing too serious, as I was able to fix them, even with my limited skills!

I had my first order at Shapeways as there are some very interesting parts for ship´s improvements offered there. At first I have to say that Shapeways searching engine is very awkward - very often you dont find what you are looking for and therefore are forced to stray through many pages until you found what you were looking for or even not. Truly needs improvement there!

The printed parts came fast from netherlands in my case and I was impressed by the filigrane parts and their quality. But regrettably I also had some dissapointments about some too filigrane parts which arrived broken. Lets see what I have here: 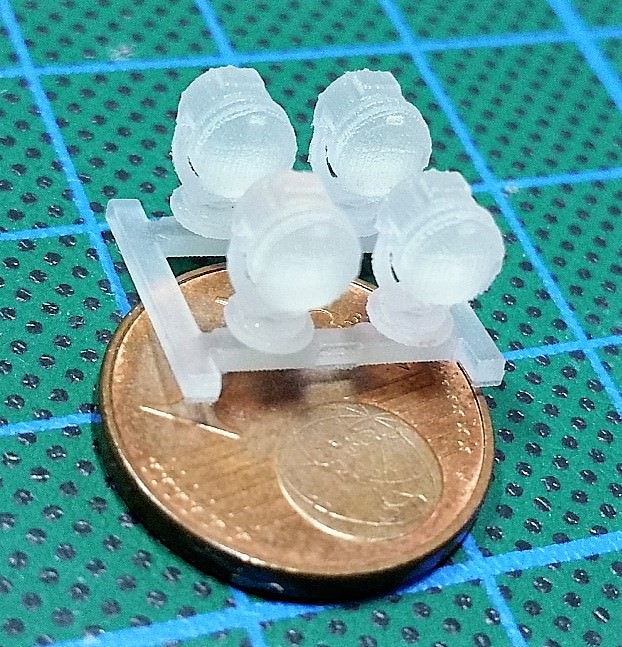 The most exiting surprise were the main battery guns for my SMS Emden. The quality of the details is just breathtaking. The Emden surely raised up in her waiting-for-build-queue with these guns. 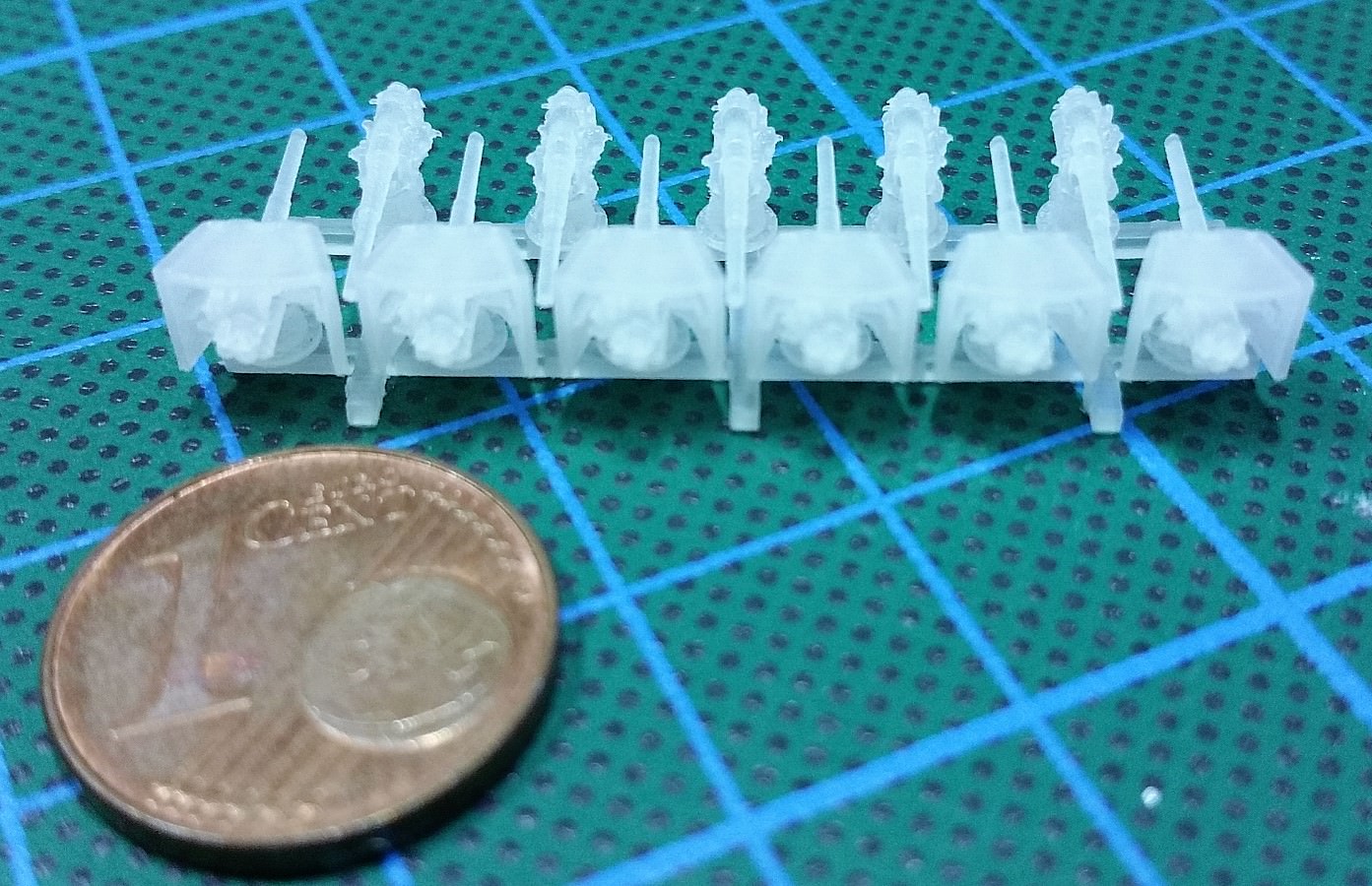 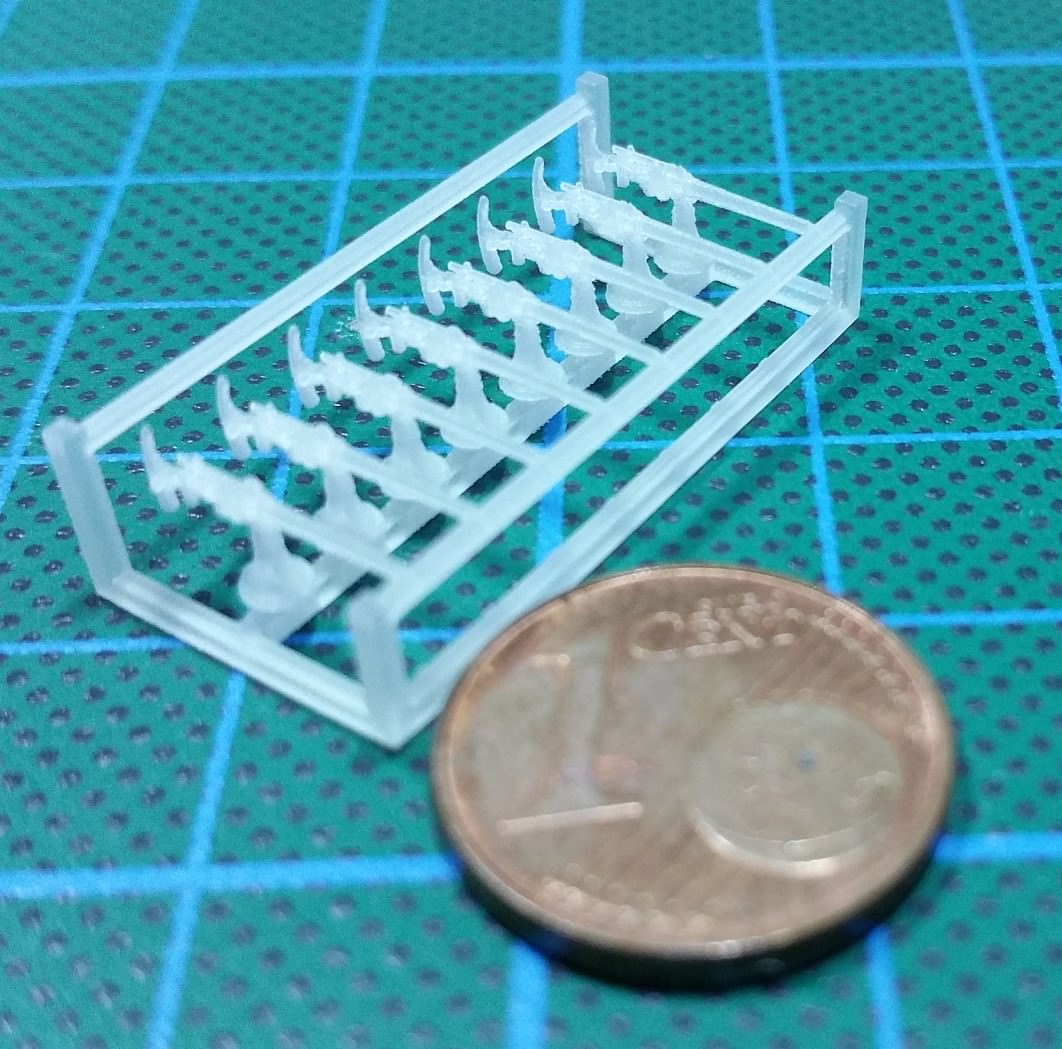 I also got me a Torpedozielrechner for my 1:72 S-Boot. This is also a very nice part with crisp details 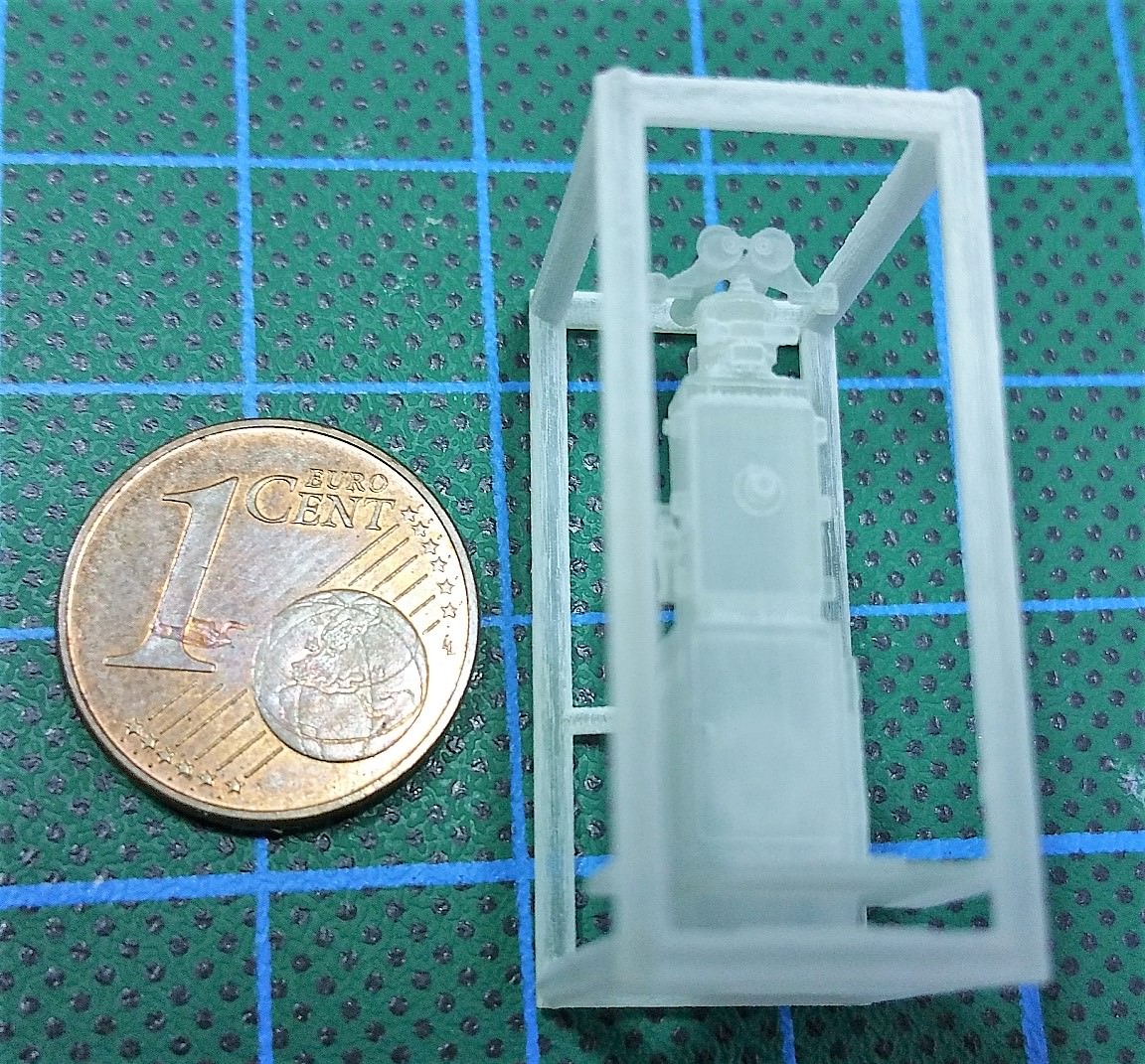 Then the trouble began... because of the awkward searching options I ordered just one instead of two quadruple DKM torpedo launchers for my 1:350 Graf Spee. The producer offers a set with one and another with two launchers. First I saw the two and one week later when I ordered I just found the one and ordered these in the believe these were the two inside. Dont´t get me wrong - I don´t blame the producer for this as he declared its products correctly - it was my fault because of this faulty searching possibilities. Nothing to complain about the details here, too! Just need to order another one one day. 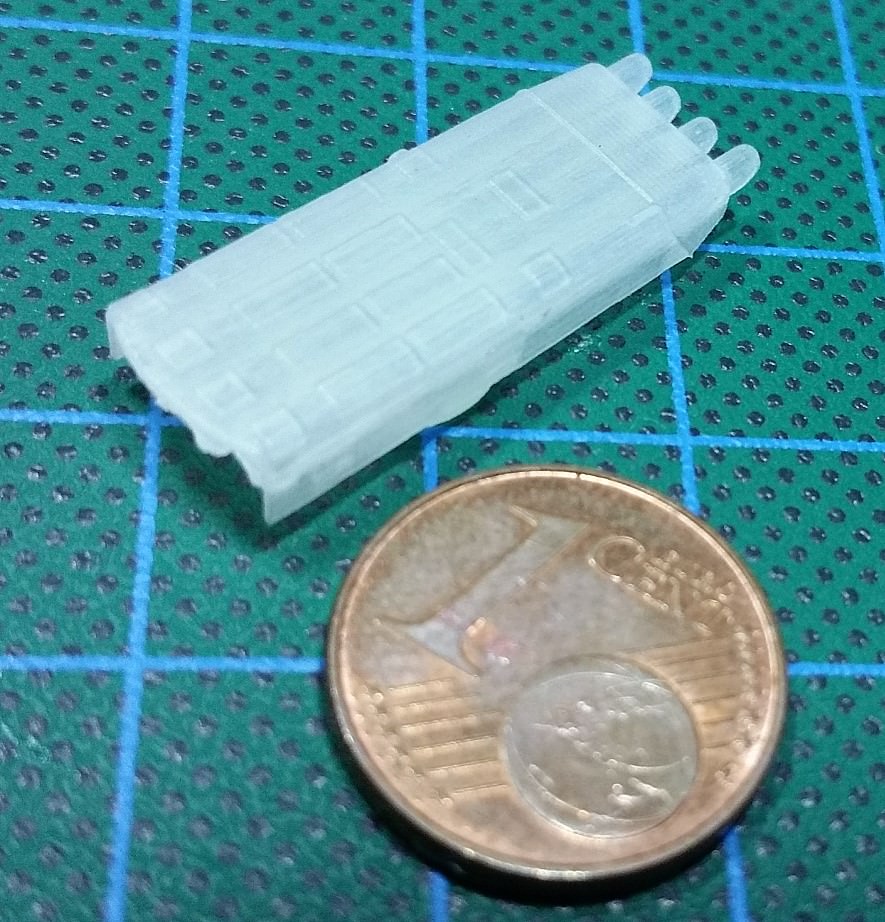 . I think here the material will get too thin in this scale and if there is the slightest vibration during transport the sockets will break... 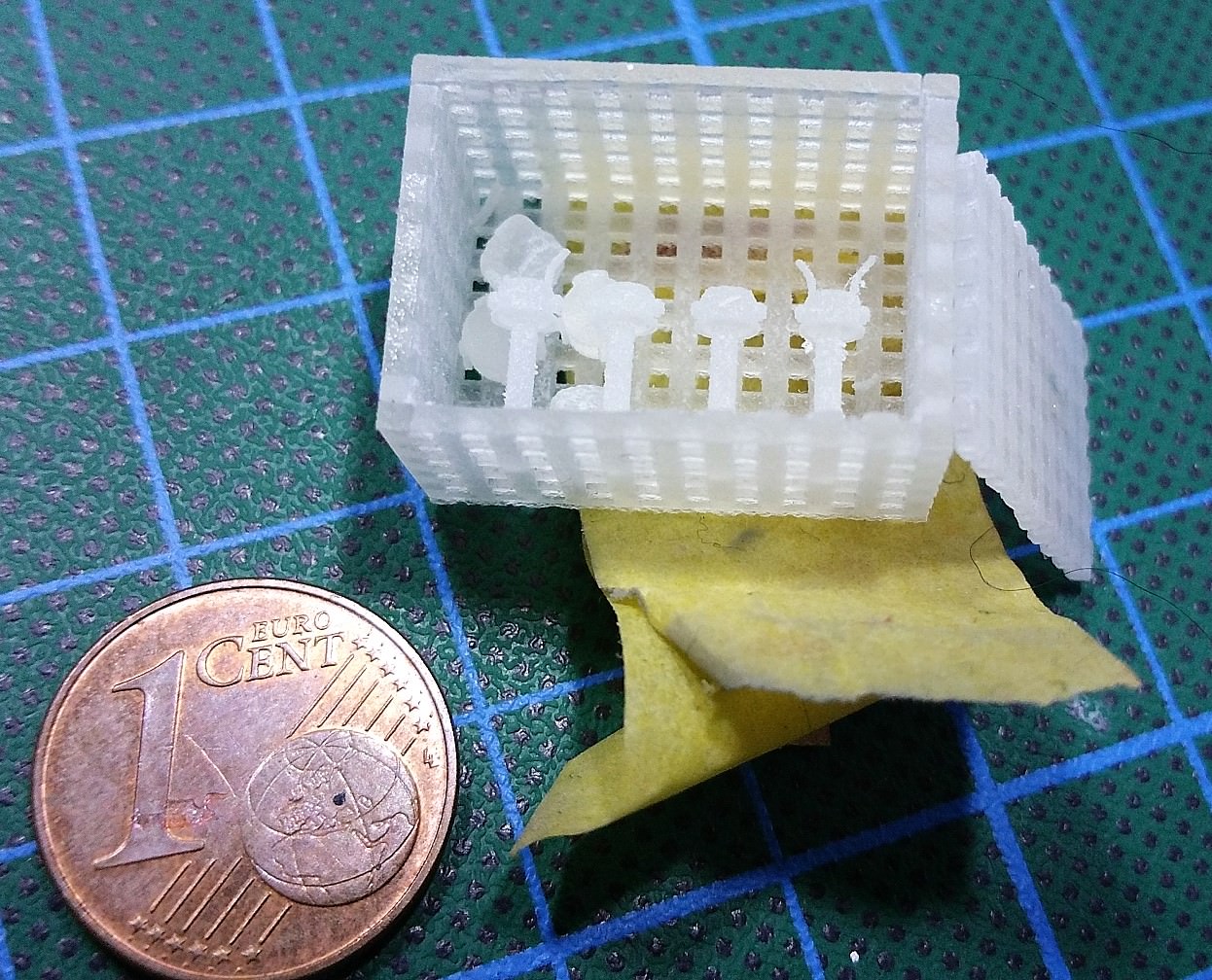 The same happened here with the 37 mm canet guns for my 1:350 scale Varyag cruiser too. the guns do look beautyful and crisp but in the end they are just too fragile. Almost all guns are broken here too... 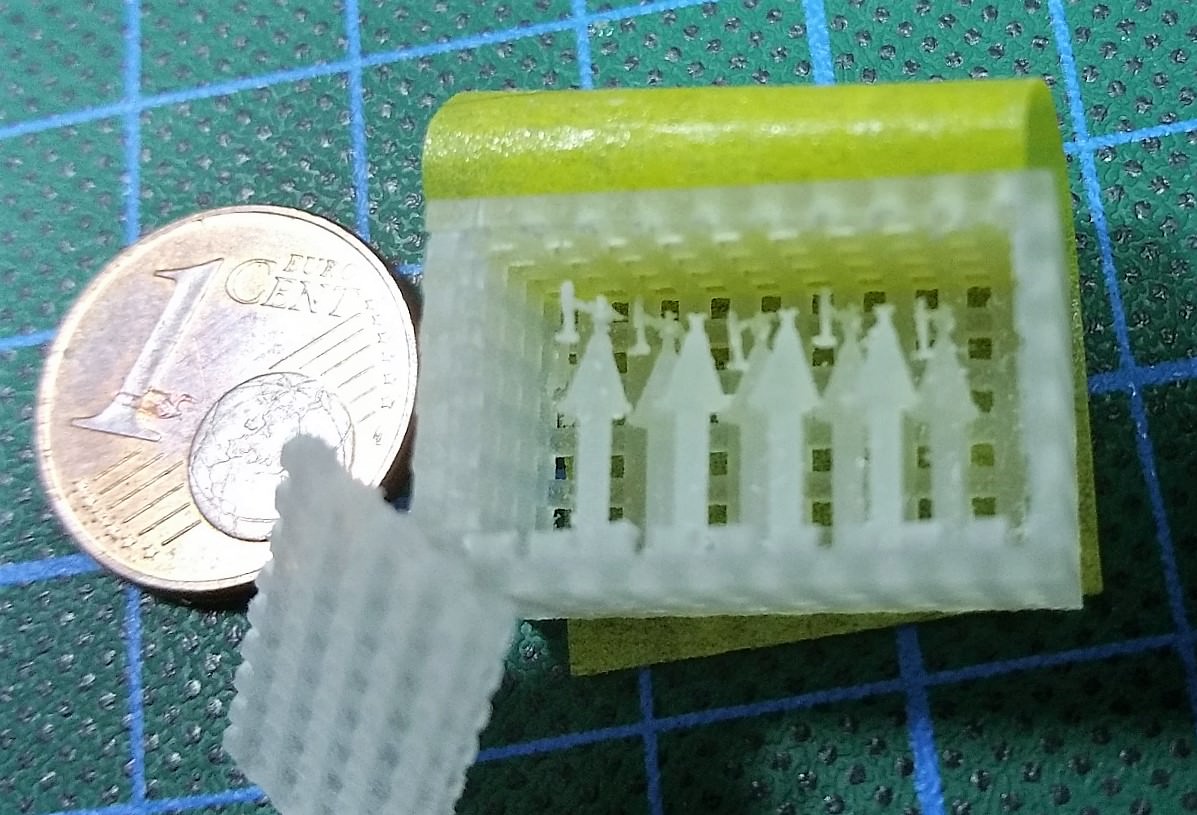 Generally I will buy surely again from them - just too small parts should be considered twice; the chance you will get them arrived broken looks higher then expected.